Previous Article
The Plum Rain Season Sucks. Here’s Five Things You Can Buy to Make It Better.
TAXX Delivery for Lunch is About as Good as You Think It'd Be
Next Article
SmartShanghai 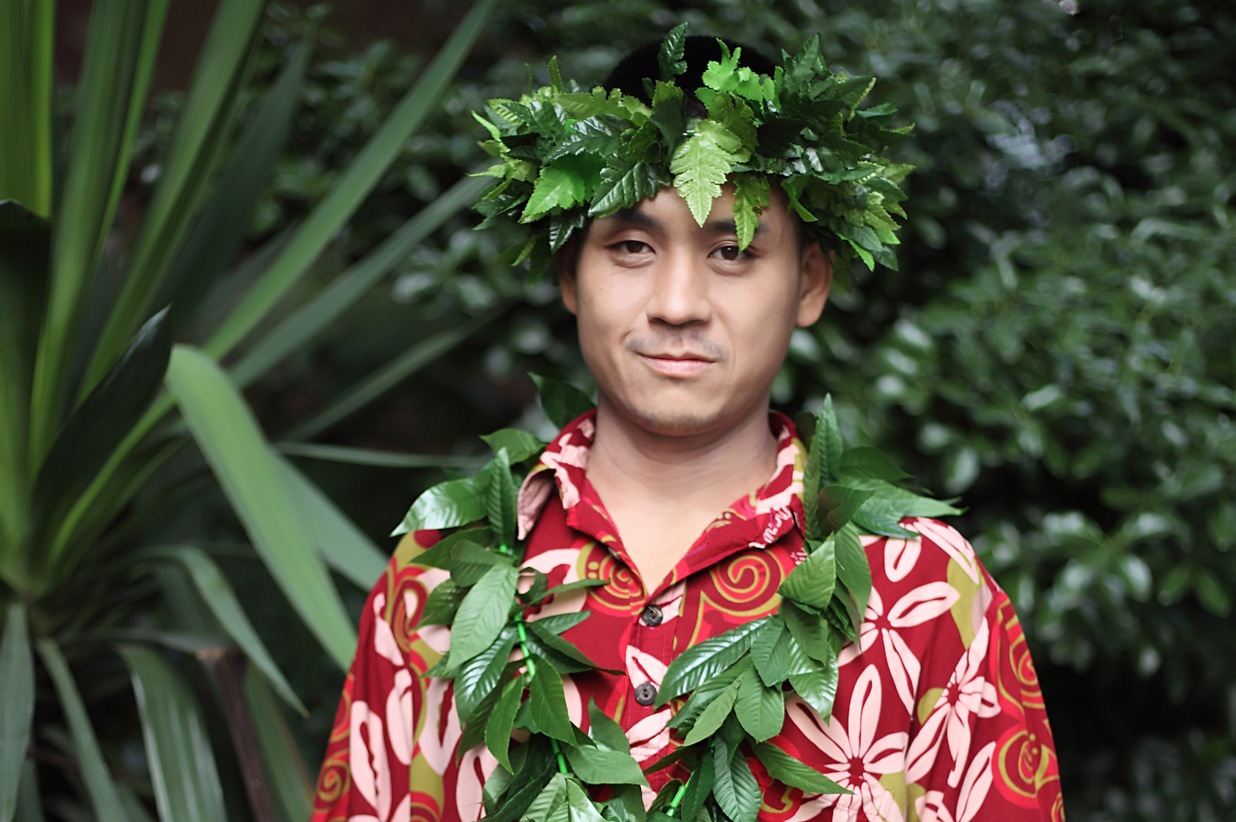 Last summer, I went to my first Hula dance class. I was following a WeChat account called “HulaChina (夏威夷文化苑)” for ages, but going to try Hula for myself hadn't really occurred to me. It took a cloudy and humid Shanghai summer day and nationwide travel ban to get me longing for an island escape. That one class made a big impression. Chanting, hand drums, swirling colorful dresses… I don't know how authentic it was, but it was a great time. The lesson was led by Kimo, a professional hula teacher for five years, and probably the first person to teach Hula dance in Shanghai. I asked him about being a Hula dancer, especially a male Hula dancer, a bit about his relationship to the art form, and what it means to him. Hula dance is not dancing in a grass skirt. It’s not a form of entertainment. Hula is an artistic expression for rituals about paying tribute to our ancestors, to Mother Nature. It’s a unity of body, mind, and spirit. It’s a dance about connection. It brings about happiness and healing while you dance. Living in big cities is difficult, it’s easy to feel suffocated and depressed. A lot of people do. When I was dancing in Hawaii, in the woods next to the ocean, I felt connected to nature. That feeling gave me happiness.

I first started Hula dance when I was living in Hawaii in 2009. The first Hula dancer I saw was a girl wearing a dress that looked like a qi pao (旗袍) – it wasn't just pretty to watch, the beauty struck my heart. It felt very special.

SmartShanghai:How is your dance and teaching different from others in Shanghai?

Most people only see beauty in the dance form, the bodily expression, but I focus on its healing potential, the spirituality aspects behind the dance. In another word, the deep connectivity between human beings, with our ancestors and Mother Nature - these are mutual among all. One time I was teaching Hula to a Dutch group. I didn’t know how I could explain it to them, but when I told them it was about "paying tribute to your ancestors," I could see through their eyes the recognition and understanding.

There are compromises of course, but I have tried to keep it simple and close to Hula culture. We have kept many Hawaiian traditions, like opening chanting before classes, and hugging each other as a closing ritual. SmartShanghai:Hula is often seen as a mainly female dance. How does the fact you are male play into Hula dance?

There's a common misconception that Hula is only for women. In fact, Hula was originally only for men. It was part of the training of traditional Hawaiian martial arts, used to teach soldiers. It slowly opened up to women. In Hawaii, male dancers are usually more prominent. There are many Hawaiian male dancers who have a masculine dancing style, but still very sexy. Hula can be enjoyed by everyone, regardless the gender.

I have a male dance troupe with all my male students now — I think they are very courageous. I didn’t just say with my words that Hula was for male; I dance too. They saw it and got interested. This is how they all started to trust this dance form. Being a male Hula dancer is a strength, not a weakness. SmartShanghai:Have you had to deal with any ridicule or any malicious comments?

We try to educate audiences. Going on stage before performances, we announce to the crowd that we’re performing Hula and explain what this dance form is all about. It is important for people to really understand. When I teach Hula, we use different elements from Hawaiian culture, like music, folklore, handcrafts, etc. It is never only a dance.

I have never encountered any malicious comments. Most people immediately feel connected with the dance and come to appreciate and respect it. Maybe they won’t understand what we are doing, but our performances always resonate with them.

SmartShanghai:You do a Hula performance twice a month at HUNT. Does performing at HUNT or similar commercial venues affect the way Hula is seen?

I accepted the offer of HUNT's owner because he respects this art form, and he respected me and all the performers. Before we show up, the floors are mopped and completely cleaned. He often shows up in person and makes sure the stage is set up. Even during happy hour, people watch us very quietly, with their drinks. It's unbelievable.

To be honest, I was doubtful in the beginning. I worried that Hula would be seen as an entertainment, just a part of people's nightlife. But when you respect the thing that you do, and you respect the culture behind the art, audiences will resonate with that. At HUNT, I get people telling me that they also want to try Hula after watching our performance. Hula is for everyone. The dance won’t change or get twisted because the venue is different.

SmartShanghai:Do you think what you do is a kind of cultural appropriation? How do you think native Hawaiians feel about it?

If you look into the core of Hawaiian culture, it's all about honoring the ancestors and nature. For us Chinese, we also pay a lot of respect to our ancestors and Mother Earth. The dance is like a reminder of our own tradition. This is much bigger than one particular art form. Hula dance is not about becoming a Hawaiian. It is about discovering what makes us be ourselves through this art from. When we say that the dance is about honoring the ancestors, the audience just gets it immediately.

On a much boarder scale, cultures are universal. There’s really no parochial separations. It is never all about the art form itself. The form is for better communicating with the spirit behind it. The Hawaiian culture that’'s communicated through Hula dance lines up perfectly with certain aspects of Chinese culture. Pay tribute to our ancestors, honoring life-giving Nature, live in harmony with each other — as Chinese, we share an understanding for these ideas with the Hawaiians.

I think the Hawaiians would be happy to see that I’m advocating for Hula dance. Last year, I was visiting my first Hula teacher in Hawaii. She told me that she felt grateful to see I was promoting Hula in China. She appreciates how I stuck through and tried my best to keep it authentic. She said that it was great to see the Hawaiian spirit being spread to different places.

To contact HulaChina and take a free class with him, connect on WeChat (Jameshawaii). He now hosts a twice-per-month performance at HUNT besides teaching classes.