Previous Article
Many Pools Will Stay Closed This Summer. Here's the Ones That Are Open!
Looking for Some Last Minute Getaway Ideas? See Where We've Been and Recommend
Next Article
SmartShanghai 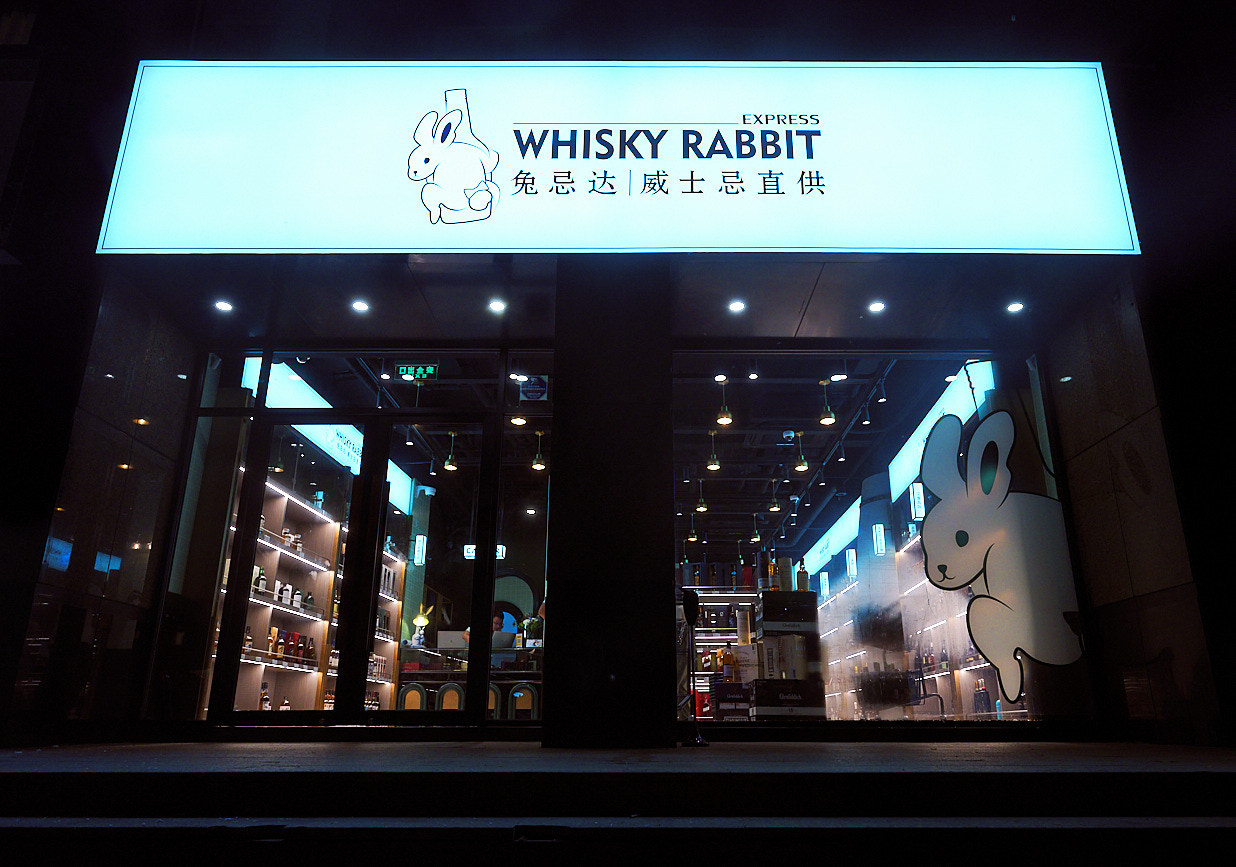 Whisky Rabbit is a Whisky Paradise Opened by a Baijiu Company

Physical locations for e-commerce enterprises! From the street (Weihai Lu, to be precise), Whisky Rabbit Express looks like your typical spirits shop: tile floors and brightly lit wooden shelves packed with dark brown liquid. That's because it is a spirits shop! But it's better, because it's cheaper. Ironic that this superior whisky store is brought to us by Cityson, who are *gasp* producers of clear liquid. They've got a shelf of the sorghum stuff to themselves in the back.

Don't worry, whisky snobs! Papa Beam Suntory is involved, and the rest of the shelves are packed with names you know; Laphroaig, Dalmore, Bushmills, Teeling, Macallan. Some you might not know as well; Loch Lomond, Blackadder, Kinahans, Benromach, and some bourbons we'd never seen before, like Fighting Cock and Larceny. All consistently cheaper than you'd get online. Mellow Corn, 100 Proof straight Kentucky corn whisky, for like 150rmb a bottle! Wowee! So that's 22rmb more than Tmall sells it at, (or 45rmb more than Taobao), way less than most retail stores will mark up their bottles. This is Whisky Rabbit's thing: they're trying to offer in-store prices that are around what you get at a reputable store on Tmall (or less), and with a more interesting selection than you'd get at popular spirits chains like 1919 (which mostly stock wine and baijiu). For example, Fighting Cock's 210rmb (213rmb on Tmall); Larceny's 552rmb (569rmb online); Macallan 12 Double Cask is 455rmb (normally 485rmb); Teeling Single Grain is 468rmb (normally 470rmb). A bottle of Dalmore 15 is 899rmb (979rmb online). You can get most everything cheaper on some Taobao store and hey, if that's how you source your booze, that is a-okay. If you're concerned with provenance (and if you're going to be dropping over 300rmb for a bottle, maybe you should be) and want to make sure what you're paying is above-board, maybe Whisky Rabbit is for you. The vast majority is whisky, but they have a shelf of interesting Chinese liquor too, like the very excellent Balang Yang Mei gin (166rmb) and, naturally, Cityson Baijiu. One of the best arguments for baijiu in cocktails.

Prices remain low in-store for now; after July 15, you'll still be able to get that price both in-store and through delivery, but you'll just have to purchase through their 兔忌达 (tu ji da) app (Android and iOS). They apparently went through 2,000 already-registered names before ending up with 兔忌达 (literally "Rabbit Whisky Express," surprised that wasn't taken). The ecommerce sector remains hot, hot, hot. Similar to the likes of DrinKuaidi, the prevailing wisdom is that physical stores now provide an edge after it became cool to move everything online a few years ago. A physical space now is meant to inspire confidence. Whisky Rabbit wants to open seven more this year. For now it's just this one: there's an upstairs bar where they sell most everything they have downstairs by the glass (plus a decent coconut highball). They'll often open a bottle of something to try themselves, like a Springbank or a Glenlivet 15, and then put it in the bar and sell glasses of it for 108rmb.Another thing you don't really get on Taobao: the opportunity to taste-test before you buy.

Whisky is one of the fastest growing alcohol sectors. It's also one of the best places to drop a metric ton of red bills if you're sick of stockpiling Bordeaux with the money your dad made in the 90s. It wouldn't really be a whisky store if they didn't have a lit-up cabinet room full staggeringly expensive, stupendously rare whiskies. Oh good, they do.