Previous Article
Yes Beer Bros, Mikkeller Is Opening a Taproom In Shanghai and Brewdog Might Be Too
Live Music is Quietly Returning to Shanghai But We Can't Really Tell You Where
Next Article
SmartShanghai 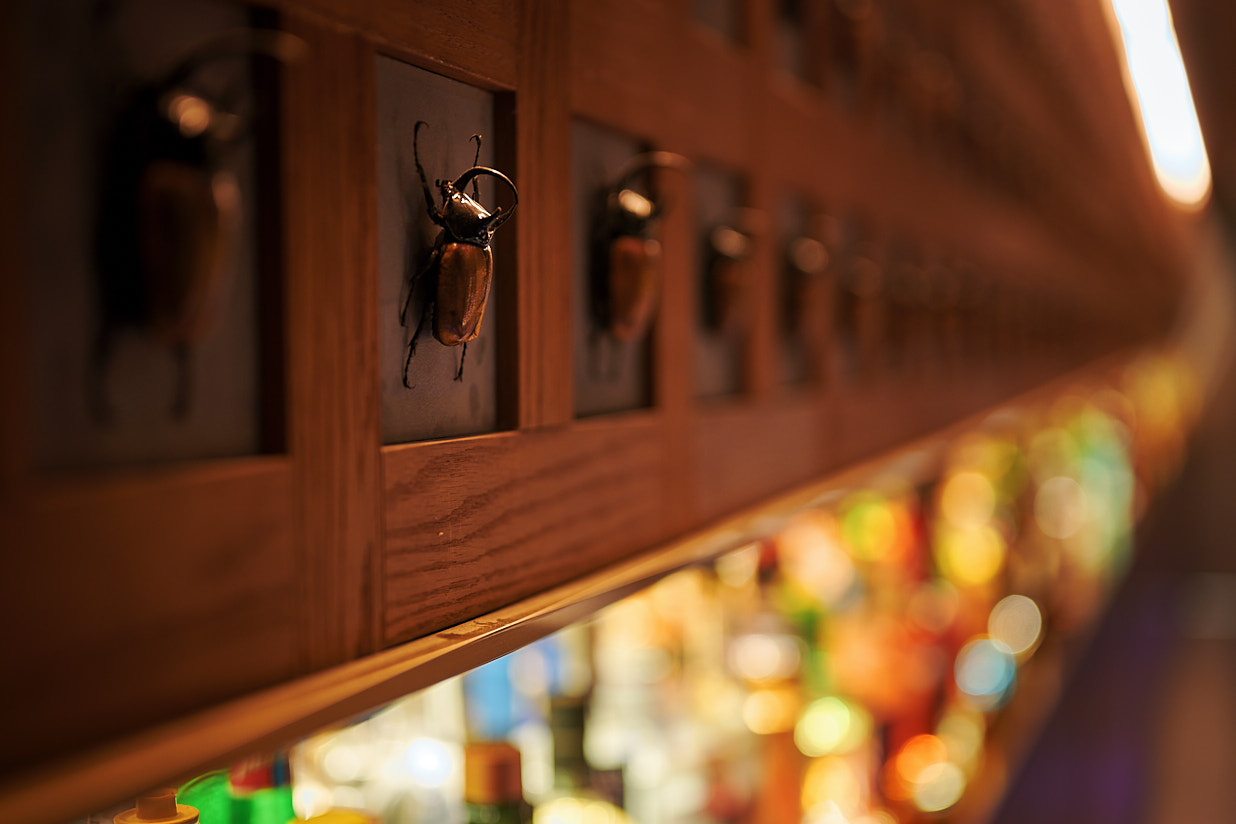 By Alex Panayotopoulos - Photos: SmSh Photographers Apr 30, 2020 2020-04-30 Nightlife
Shanghai may have hit peak cocktail with J. Boroski. Hidden entrance. Reservation only. No real menu. Bartenders in vests. Tired concepts, to be sure, but never executed to this level before. There are many things to say about this luxe, sexy and painstakingly assembled Bangkok transplant. It is unlike any other cocktail bar in the city, one of only a handful that successfully makes the argument for cocktails being a craft. And it is expensive. In Shanghai, during an epidemic and a bum economy, though, the only real question is whether it's worth it.

It takes its name from New York "mixsultant" (Lord give me strength) Joseph Boroski and closely follows the model set by its Bangkok predecessor. It's hidden, located behind a featureless metal door on Fumin Lu. It's "invitation-only", asking that customers call or email ahead to reserve a seat. It's dark, illuminated mostly by candles scattered across the long wooden bar top. It's covered in bugs. We counted over a thousand of them. It's a bold, creepy motif. You might not even notice them at first, as they keep the lights low so that the spotlight can stay, quite literally, on the involved booze potions they put together. J. Boroski doesn't serve drinks. They create mini science experiments. The bar manager, Mark Lloyd, literally has a degree in chemistry. Every infused, reduced, rotovaped, sous-vided, fatwashed ingredient is made in-house, they make new syrups every week to try out and every drink is tailor-made per the customer's request, like "fruity with whiskey base" or "a drink for a bad Wednesday." There are no names. I could tell you that one of them was a mezcal drink with vanilla and tonka bean syrup, I think, but even if I could recall the ingredients, with a different bartender on a different day, you'd get a different drink.

It was one of the best drinks I've ever had, and I will probably never have it again. That's on the high-end, most are around 100-130rmb. Still, what is this? In a city where the previous high of 120rmb was talked about the way you might discuss a terrible illness, that's obscene. And while we're at it, what's with this reservation only thing? What is this tailor-made no-menu crap? As the world suffers its worst economic downturn in recent history, where does this bar get the balls to charge 177rmb for a drink they made up on the spot? I can't answer "is it worth it" for you. The math is too individual. Plenty of places in town cater to those who see four figure receipts as prestigious. Plenty of places do a good cocktail for 70rmb, too. Couple of places you can get beers for 8rmb. There's a place where people reserve months in advance to pay 6,000rmb for dinner.

Did I just compare this place to Ultraviolet? I'm almost apologetic when I say that I love this place. Apart from how good it looks, it is technically one of the best cocktail bars in Shanghai. I mean literally in terms of technique. Every drink is the product of dozens or hundreds of hours of tinkering, tweaking and trial and error behind the scenes. In my experience they have been, to a one, exquisite, an argument in a cup for cocktail-making being a craft on par with fine cuisine. I just can't afford it. I doubt most of us can. I doubt most of Shanghai thinks cocktails deserve the reverence it'd take to swallow that kind of price tag. I think a handful do, but most people will go because it's exclusive and the bills convey status. I think I'm okay with that arrangement.