Previous Article
Tickets to the Grandest Ever Swan Lake on Sale, Probably Going to Go Quick
It's Been One Year Since Garbage Sorting Started. This is How We Did!
Next Article
SmartShanghai 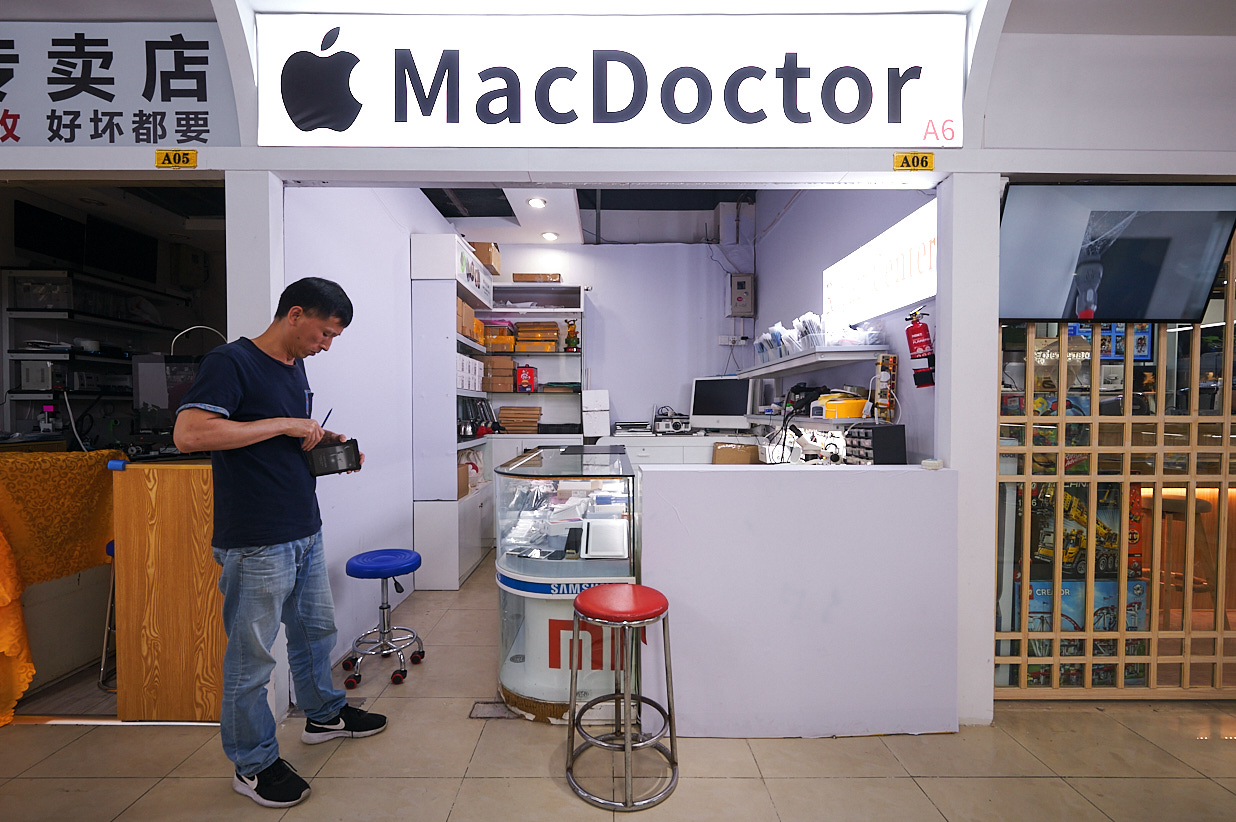 By Alex Panayotopoulos Jun 29, 2020 2020-06-29 Tech & IT
Shinesun Digital Plaza has closed. Several floors of tech shops and stalls have had to relocate. Among them is Mac Doctor, who's had to move less than half a kilometer away, to a new stall in Neon Kids Plaza, along with several other refugees. Together, they've set up a bit of a mini-Shinesun to the right as you enter through the gates. We went down to say hi. If you're unfamiliar with Jack, aka the Mac Doctor, the Jiangxi native has been a reliable, affordable (and laowai-friendly) source of computer repairs for years. He trained at Mac facilities in Songjiang, and can often do what the Apple Stores can (or can't!) for half the price and in a quarter of the time. Many in our office have a good story, like when he identified and fixed a RAM issue with a MacBook for 200rmb in a day; two separate Apple authorized repair centers had suggested the motherboard was totally bricked and it'd be cheaper to buy a new laptop. His new location is a little smaller than his old spot; just enough space for him and his partner to sit at the brightly lit workbenches and switch out SSDs or clean spilled beer off your motherboard. The move to an underground mall more famous for cheap children's clothing, or the virus, don't seem to be getting him down much. He seemed most crestfallen that the new generation of MacBook Pro logic boards with SSDs on them are hard to get a hold of. His hair's a little more grey than the last time we saw him, but he's still upbeat, friendly and taciturn. When asked if he thinks the new place is better, he just says "hope so."