Previous Article
The Longines Global Champions Tour Returns This Weekend, Looks Wonderful as Ever
...And Yet Another Festival: The China International Comedy Festival Is Happening Right Now
Next Article
SmartShanghai 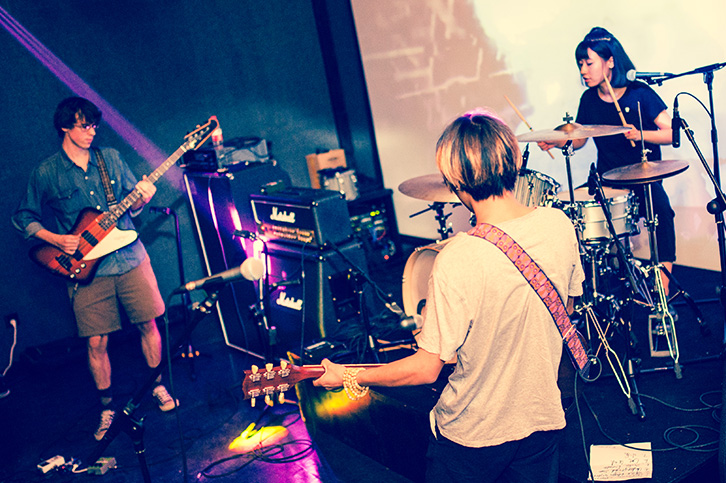 By Sacco Apr 25, 2017 2017-04-25 Music
Spring has sprung my friends and it's time to be back into that Shanghai groove. We have a three-day weekend on the horizon leading us into May's festival season. Get all that festival info low down here. If sunshine and warm beers aren't your bag then head on down to Shanghai's underground with me for a dark n' stormy drink or three. Here is a little info and tuneage from my top live gig selections for the May holiday weekend.


Solid indie rock booking on Friday night down at Yuyintang with Beijing's Gate to Otherside playing their brand of fuzzed out psych rock. Friday's show is in celebration of the band's newest album release on Maybe Mars Records titled Dragon Bus Terminal. Available on CD and LP this record has got her share of angst-ridden angular bangers. Stream Dragon Bus Terminal in her entirety via Maybe Mar's Bandcamp page here. You better soak up that Maybe Mars sound now as word on the street the long-running Beijing-based indie label being (at least partially) sold off. This show starts at 9pm and will run you 80rmb at the door. Giddy up.


If you're looking for something with a bit of a harder edge on Friday then Inferno has you covered with ShangHorrorFest Part 2. The night starts off with a showing off The Omen followed four brutal bands. You have Theory of Convergence keeping things evil before the accousticide stylings of Bonesinner does their thing. Then you have the death wall styling of Alpaca going up against Shanghai metalcore act Must Be Red. No love lost on this one, folks. All this and more for the low low price of ZERO RMB. The movie starts at 8pm.


Saturday night On Stage is hosting post-rock project The Bass Pessimist. A one man project from Ukrainian musician and composer Sergey Lunev this guy lays down the heavy stuff. If anyone knows how to churn the real deal in dark ambient post-rock it's for sure the Ukraine. With six albums under his belt since forming the Bass Pessimist in 2009, Sergey has gained acclaim in the euro post-rock world. See him live on his first China tour on Saturday for 100rmb at the door. The drone gets going at 8:30pm.

Hugh Reed and the Electric Shadows


Also on Saturday, Scottish skag boy Hugh Reed is in town with his band the Electric Shadows. This Glasgow rocker formerly fronted a band called 'The Velvet Underpamts' who provided support for artists such as Debbie Harry, Simple Minds, the Fall and John Otway. Reed also has a film credit in the infamous 1993 film Trainspotting. Just straight forward, good ole fashioned rock 'n' roll at this show. Choose Round Eye. Choose Pinball City. Choose Hugh Reed and the Electric Shadows. Choose Beer Lady After. All this and more for only 40rmb at the door.


Beijing's original mad man on the electronic Pi Pa, thruoutin returns to Shanghai for a special holiday Sunday show. Known across the Middle Kingdom for his sultry atmospheric beats and strumming technique thruoutin sings both in English and Mandarin. He is currently touring in support of the newly released EP “Contingent of Outlying Territory” on Ran Music. Supporting acts include Laughing Ears who fall under the experimental, ambient, beats, vocal, and noise catagories. So yeah, it's a one-woman experimental act. Rounding up the lineup is my wife playing music with me making swooshing noises in the background, aka Peng Zhuang. Ambient is so hot right now. The show runs early from 7 pm to 9 pm and is 50rmb at the door.