By Alex Panayotopoulos Oct 31, 2020 2020-10-31 Nightlife
Tsingtao — ol' reliable at banquets, hotpots and sidewalk FamilyMart parties, unless it's those little brown bottles in which case get out of here — has opened a flagship looking spot on Yuyuan Lu. It's called Tsingtao 1903, referencing the year the brewery was established by Germans in Qingdao. 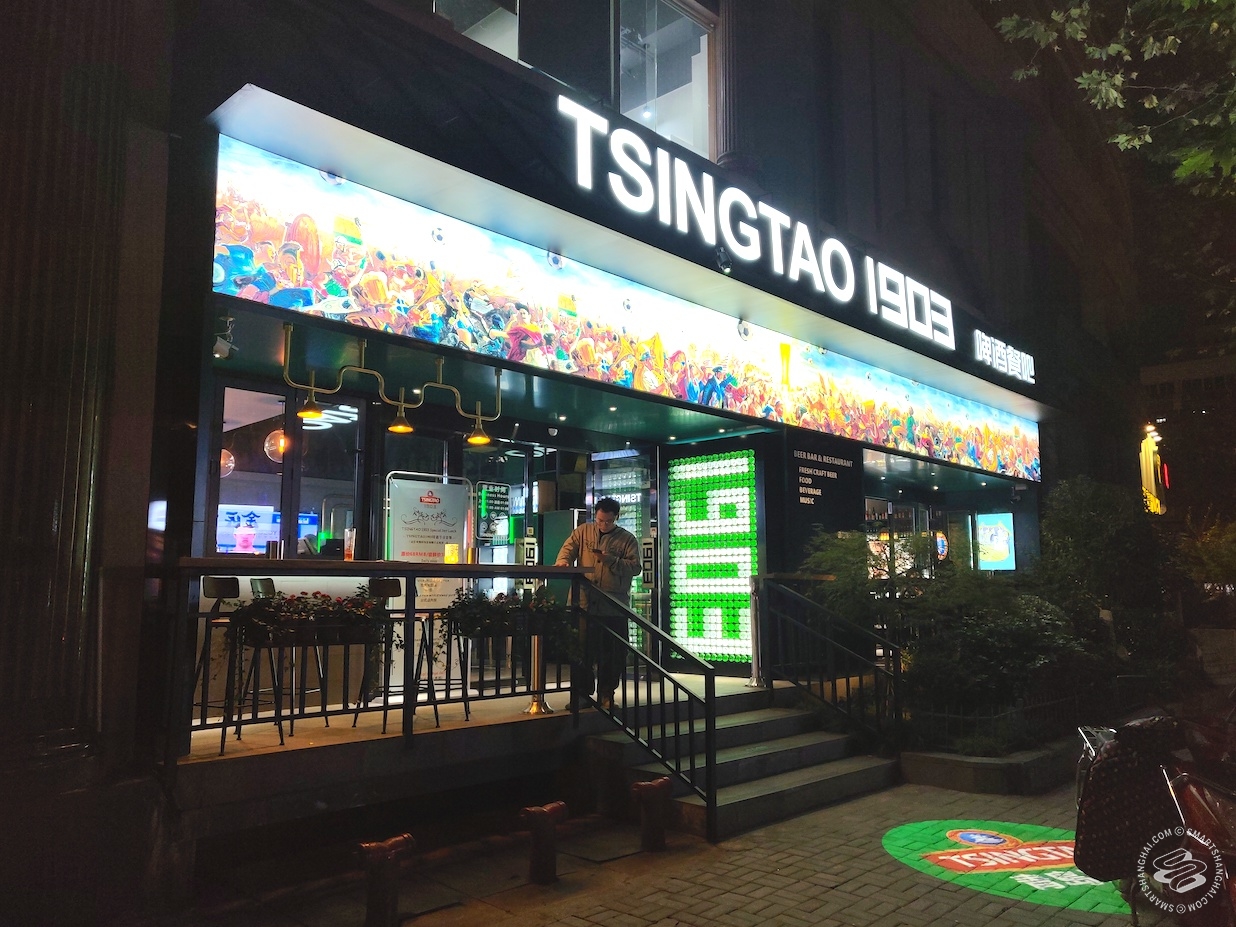 A colleague said it looks like an Applebee's with green lighting. Never been to an Applebee's; to me it looks like a sports bar. A sit-down sports bar, with table setting, where you're meant to eat "Shrimp Dumplings with Cheese" (45rmb), "German Style Salted Pork Knuckles" (138rmb) and "Black Truffle Mashed Potatoes" (38rmb). Ambitious bar food. It's its own genre. Personally, I'd take pretzels with lajiao dip or some jiaozi.

The beer, it may surprise you to learn, comes in more than just Big Green and Small Brown. They have an IPA, an American Pale Ale, a stout, and so on. Options. It's 2020, a beer bar needs more than just lager. The fancy ones on tap are 58rmb, which, even for a .5L glass, is more than I'm willing to pay for a Tsingtao. The standard draft is 38rmb for .5L, which is a respectable 0.076 on the Beer Index. 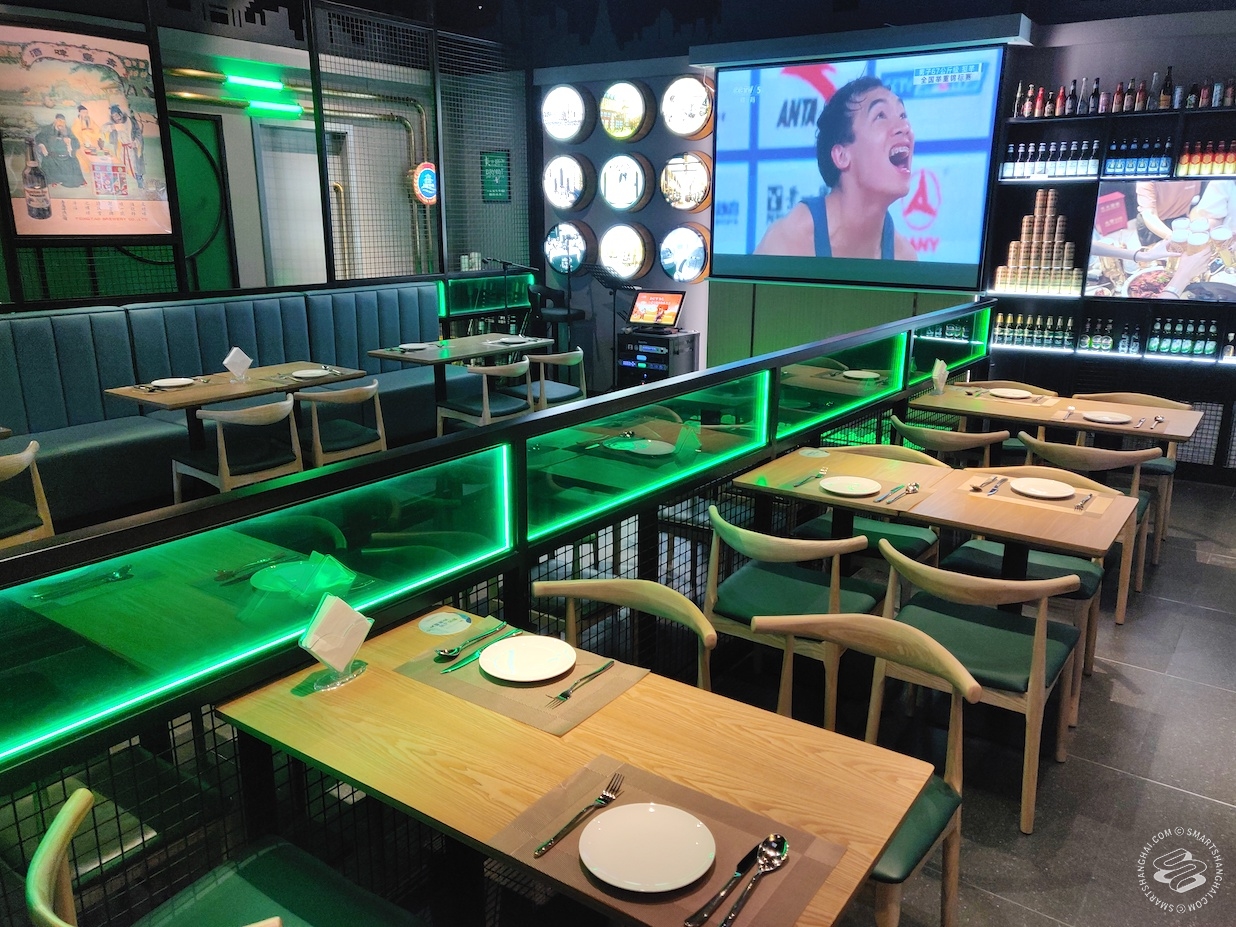 There's actually another one that's just opened on Shangcheng Lu, and there are a couple more further afield. Brand campaigns! Despite their attempts to class it up a little, Tsingtao remains my cheapo Big Green beer of choice at greasy spoons around the country. If you want food, there's a Xinjiang skewers place down the street, a McDonald's around the corner and, just saying, a FamilyMart across the street, where Big Green Cans cost like 7rmb.