Skiing in a Mall is Really Popular These Days. So We Did It.

But is it worth the price of a peak pass? We tested Snow51
By Songbei Zhang
2020-11-03 12:00:00
Photos: Brandon McGhee
I’ve never skied or snowboarded before. Snow sports have never been my thing. I need surf, sea and sand, most of which is in short supply at the top of… "mountains"? Am I pronouncing that right?

However, as travel remains tricky and SNOW51 continues to set up skiing simulators all across the city, I've become curious. One, skiing in a mall doesn't involve travel. Two, I don’t need to wear big winter clothes. And three, the closest SNOW51 is a 15-minute walk from my desk.

So I went "skiing" on Huaihai Zhong Lu at TX Mall. This store, one of SNOW51's newest, is a giant space done up in industrial décor with enough room for a restaurant and three skiing simulators rolling non-stop from 10am to 10pm. 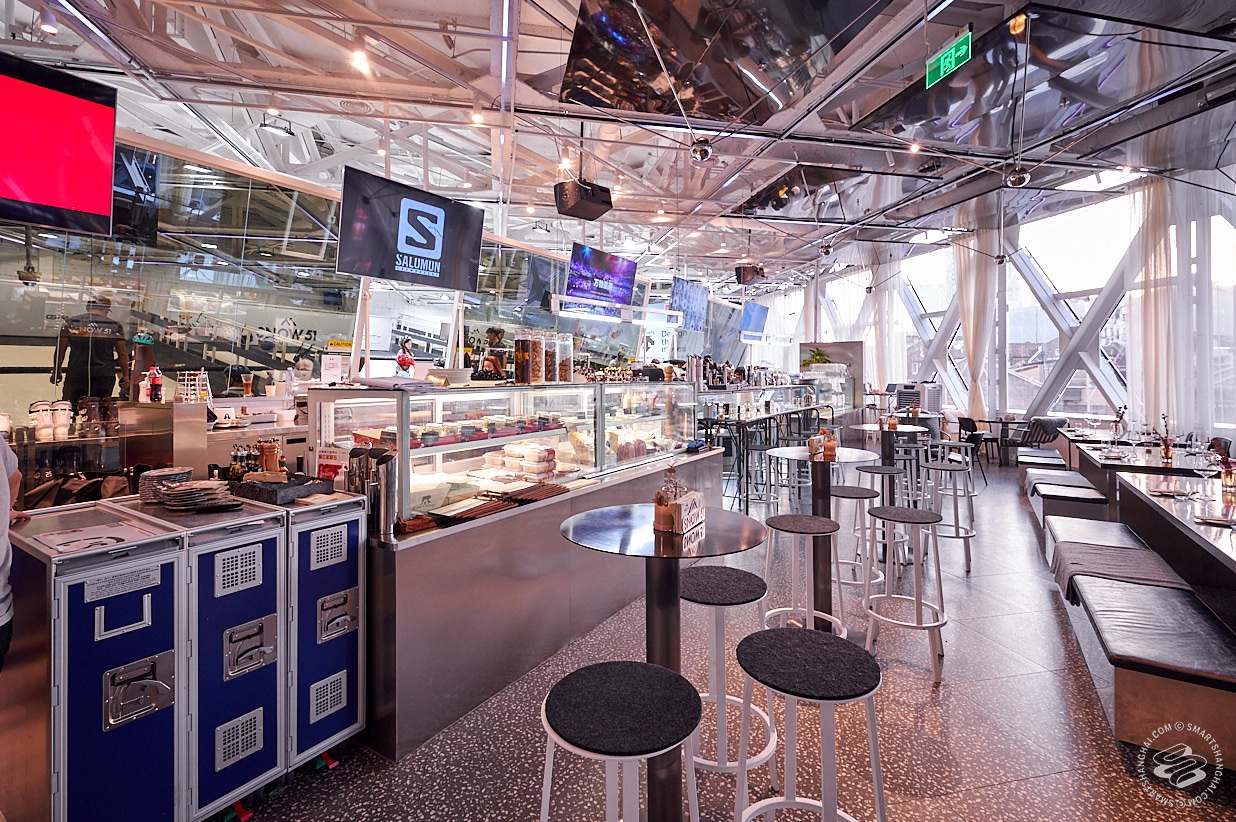 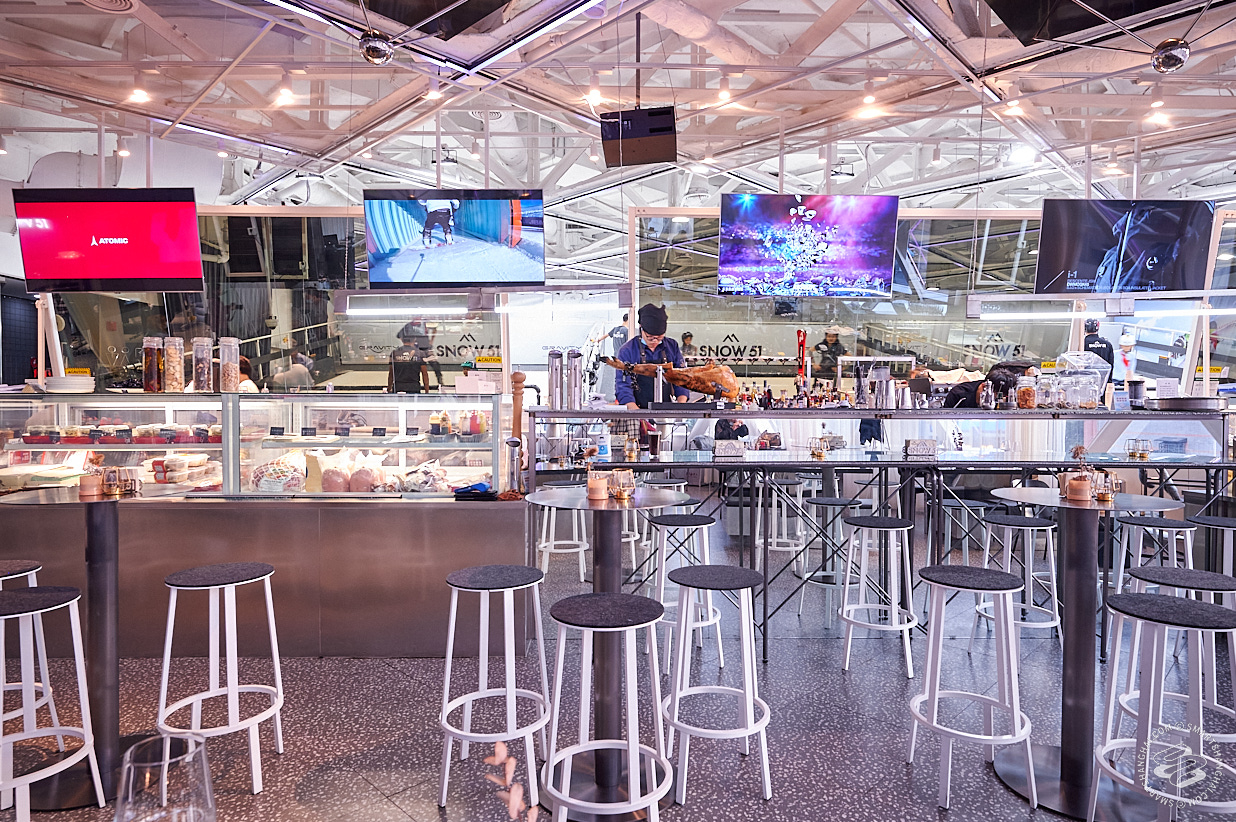 I went during a weekday and the place was still packed with kids, already super good at sliding and gliding across the simulator's rolling white carpets as if they were skiing on actual mountains. It isn't specifically kids-oriented, but I was told by the staff that a lot of their guests come to practice with the entire family. 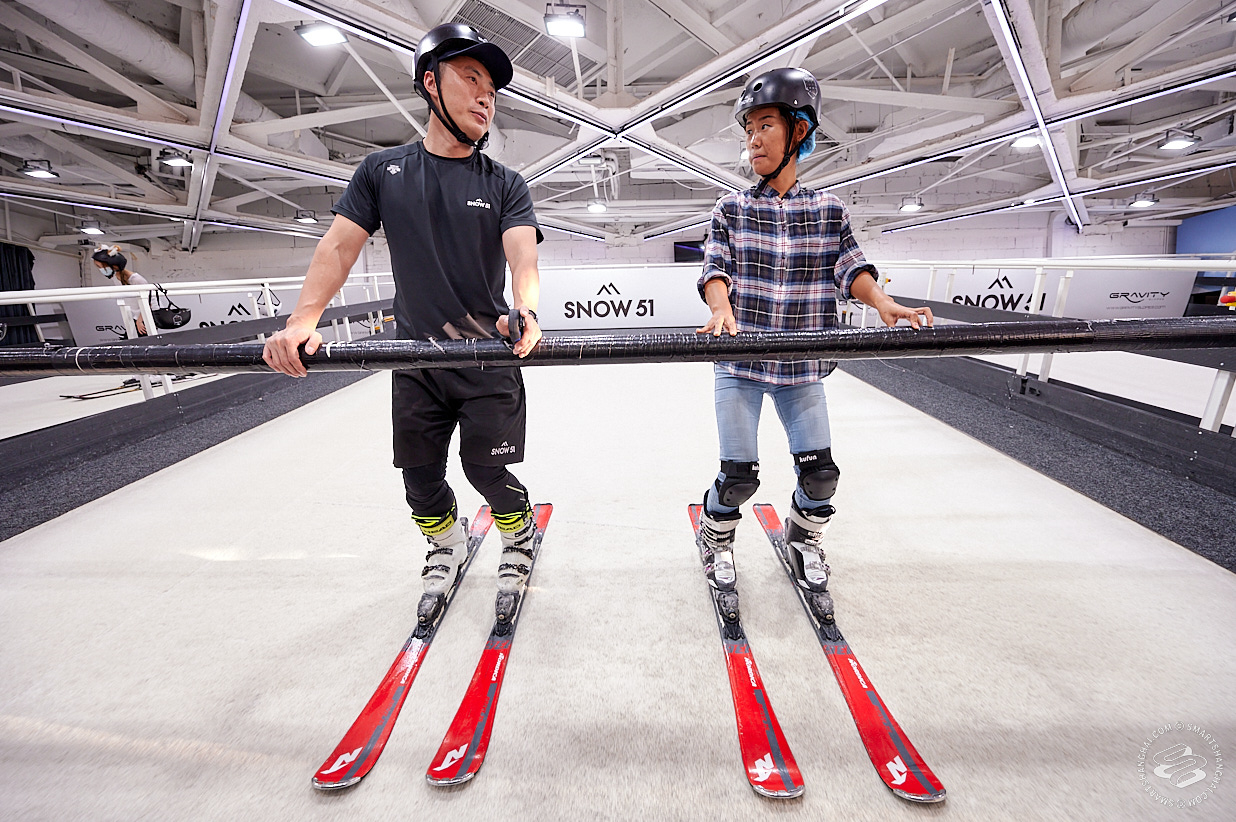 I was worried about falling — usually I just bail into a wave but here I thought I'd get sucked into the conveyor machine and mangled into an un-surf-worthy mess, but it turned out to be much safer than it looked. The simulator is like a soft treadmill, with the angle and speed controlled by a coach holding a remote control. So when it looks like you're getting ready to fall, the coach stops the floor. Can't do that on a mountain. 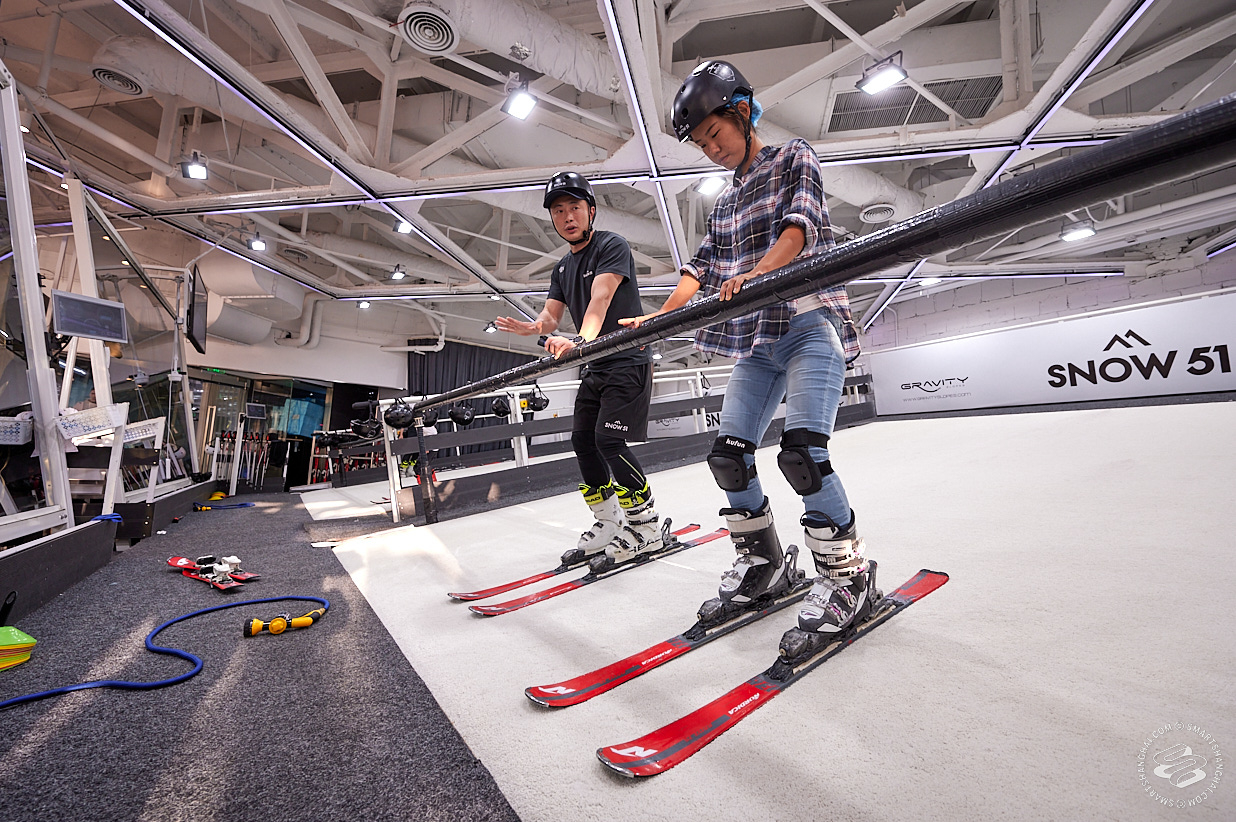 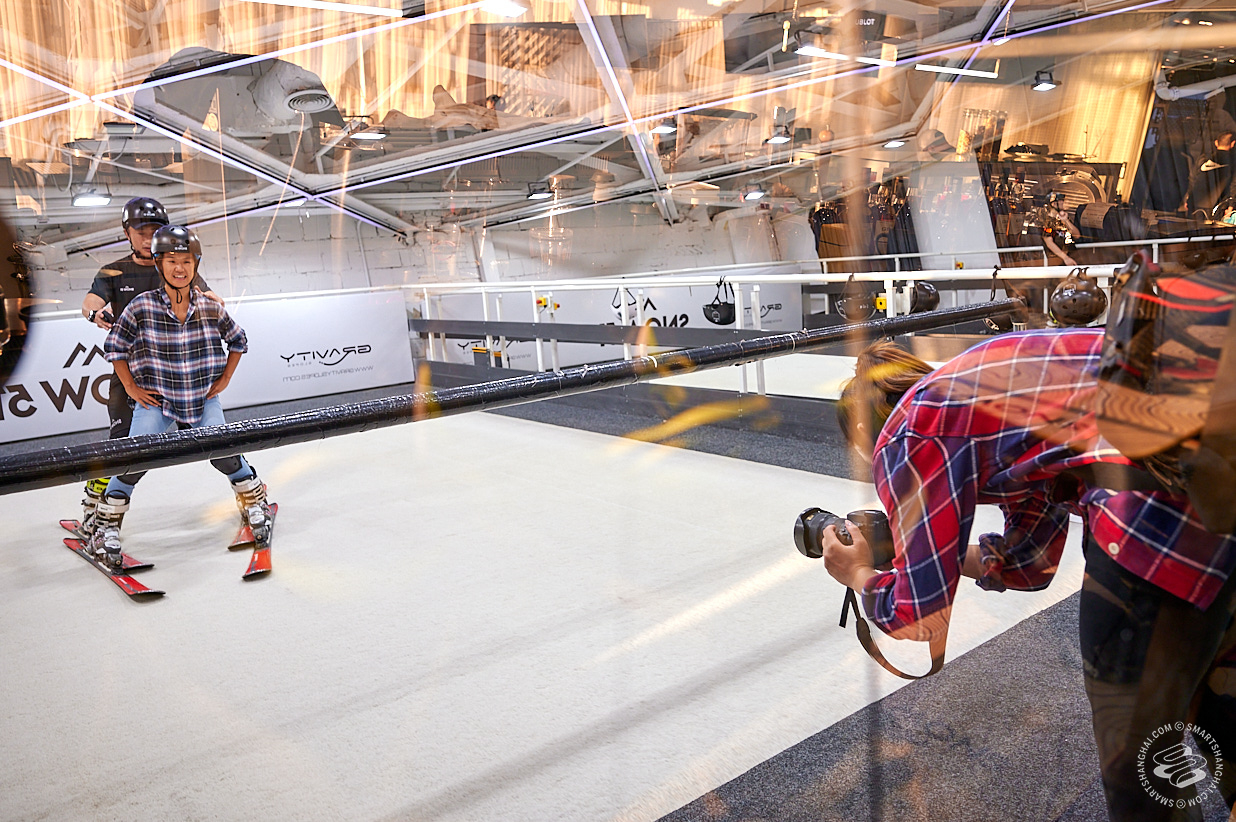 My trial session cost 188rmb, which came with all the equipment and three 10-minute intervals on the roller machine. I picked skis, just to make it harder for myself. The first ten minutes, I learned how to stand still while the simulator picked up speed. After two rounds, I was learning how to turn, brake and pick up speed on my own. By the end, I had poles and felt like I was, maybe, kind of, skiing? "Skiing."

According to the coach, it takes most beginners three or four lessons to learn how to do basic gliding and turning. My time on a surfboard helped, because I was able to pick it up a little faster. 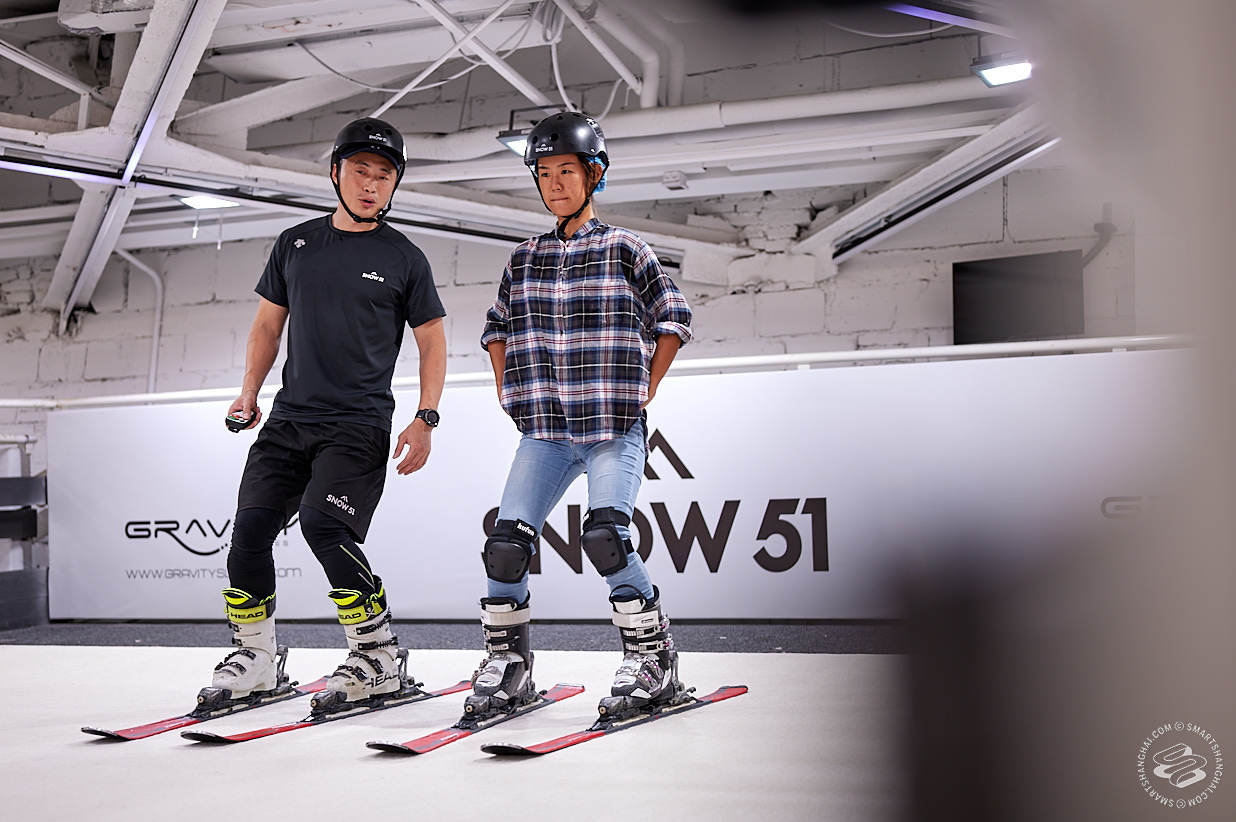 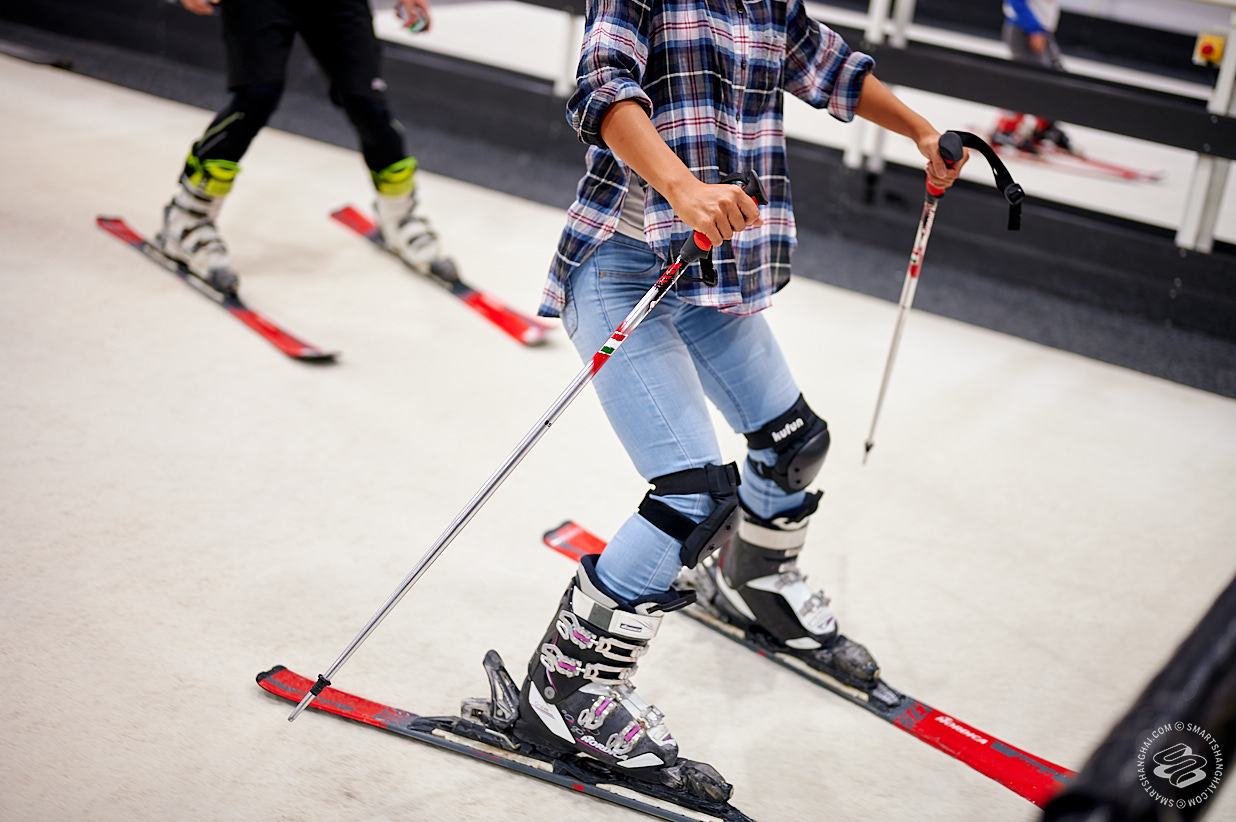 A sign warned that an hour on the treadmill was the equivalent intensity of a full day on a snowy mountain, which seems a little exaggerated. Still, by the end of the three ten-minute runs, my legs were exhausted, and I was sweating. 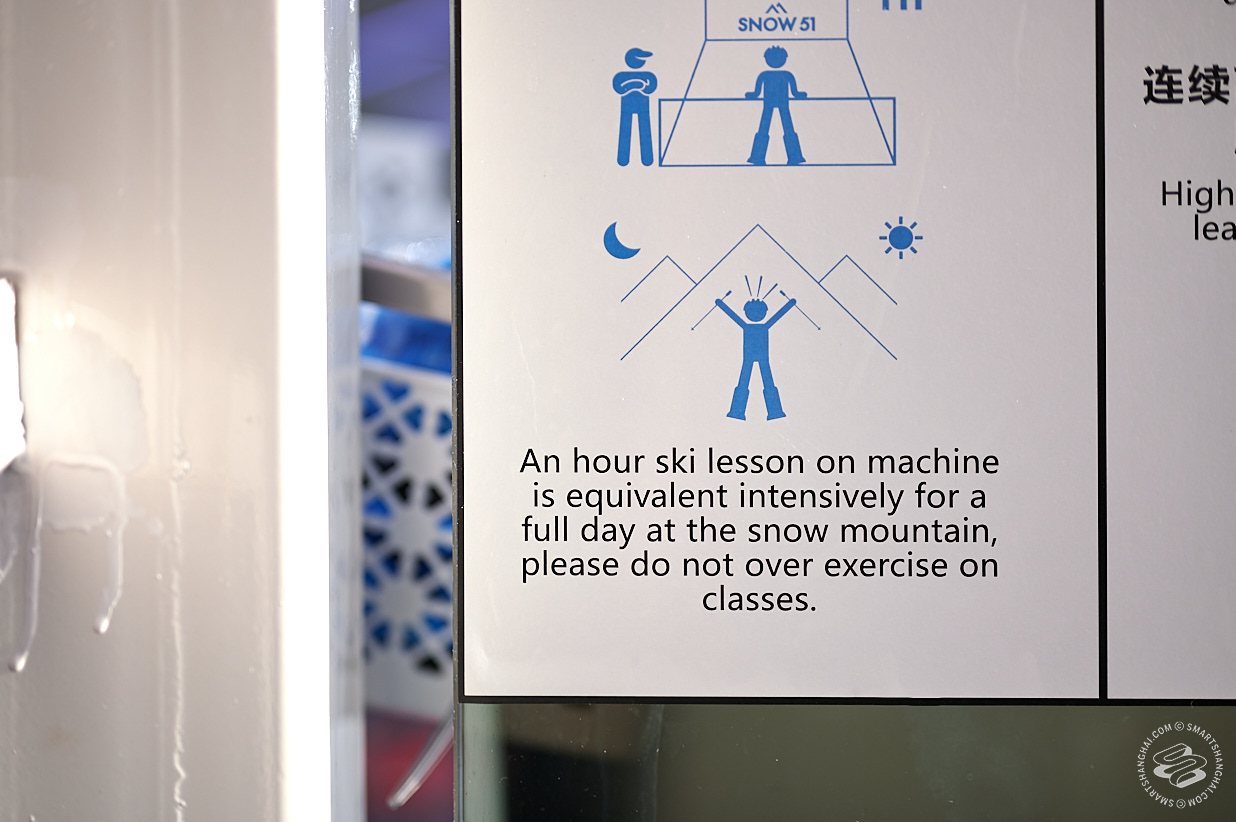 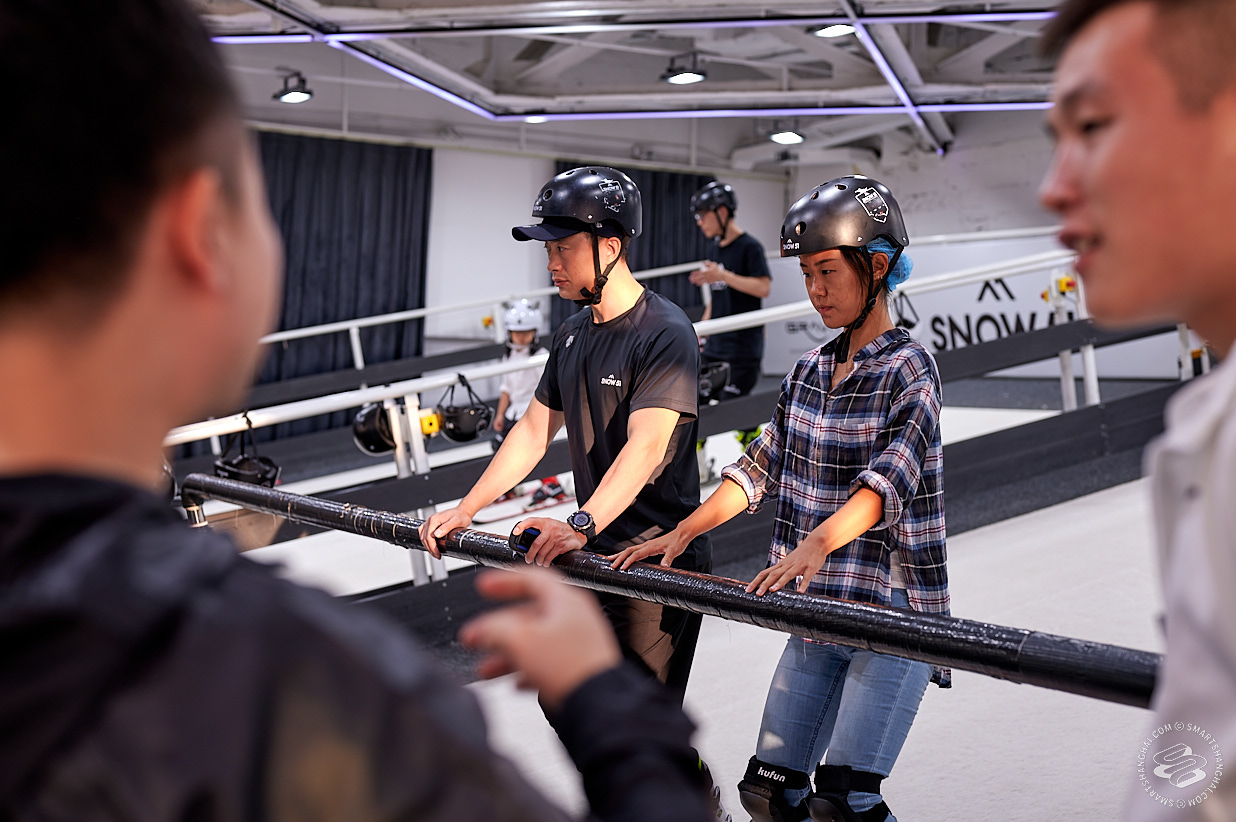 Knowing how to ski is different from doing it well. You need practice. So while SNOW51's trial sessions are affordable, you must be a member to advance beyond the trial class and membership is a whopping 27,888rmb per year. That gives you unlimited access to all of their classes and all equipment. Maybe that's worth the money if you really, really like to ski and you're stuck in the city and you need professional coaching without the risk of frostbite. A lot of their coaches are former snow sports athletes, so there's that, and I guess it's cool to be able to drop in for a quick fix on the "slopes" without leaving Shanghai.

But for that much money, you could spend ten weekends at Yabuli or Changbaishan Ski Resorts, where they have actual snow. Or three months surfing in Bali. 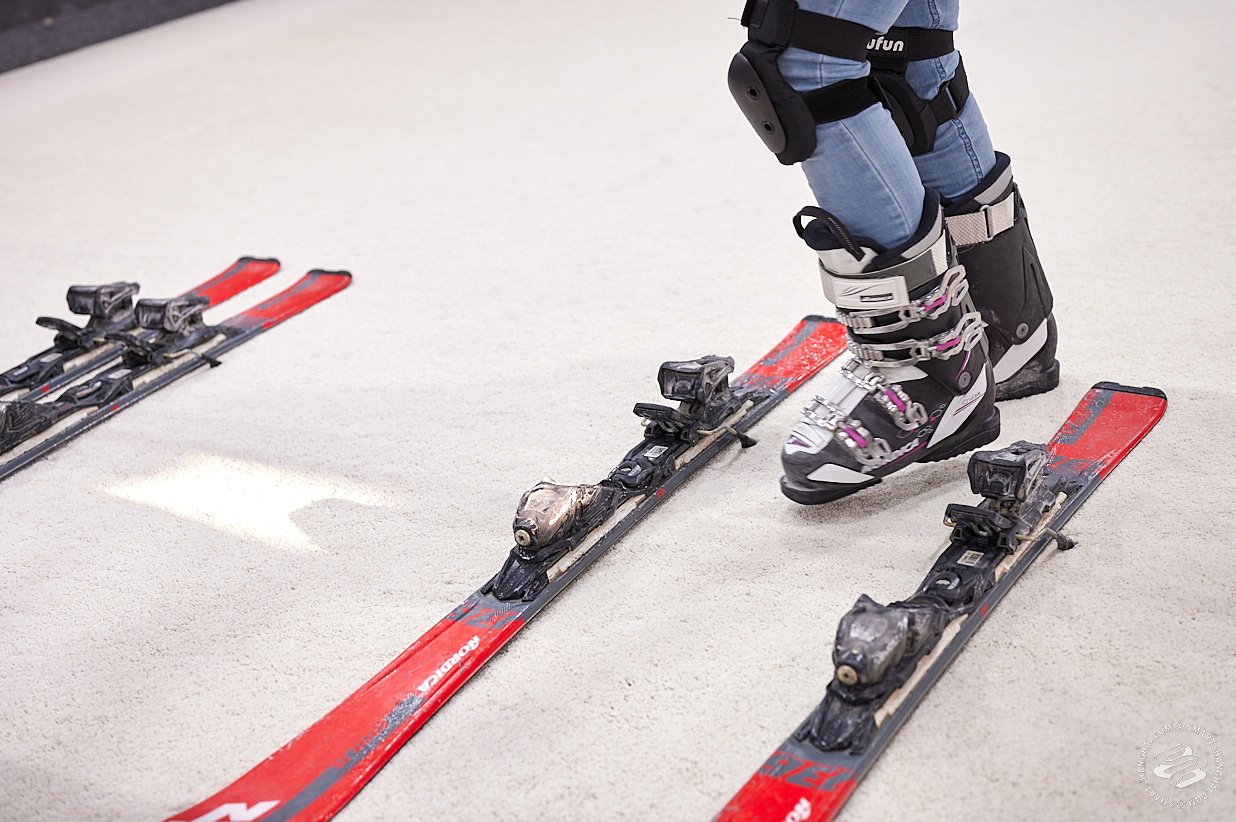