We Finally Got into the Mother Flippin’ Shanghai Planetarium

At the end of July, Shanghai laid claim to yet another “biggest in the world" title, with the opening of the Shanghai Astronomy Museum, currently the biggest facility of its kind in the known universe.

Anyways, the Shanghai Astronomy Museum.  The building looks super neat, the hype is real, and 5,000 tickets are being SOLD OUT EACH AND EVERY DAY to this thing.  We’ve been trying for mother flippin’ WEEKS to get in.

Well, we finally got in.  And we were expecting one hell of a brunch deal for our troubles.  The experience is recreated below in picture format.  Scroll down to see what’s inside in this planetarium thing.

But the main information you’re looking for is this:

It’s still super hard to get tickets.  Even harder since earlier this week, the local gov’ put the kibosh down on illegal online scalpers. The only way to get them now is through the official channel.

So, yeah, tickets are being sold only through the WeChat app. This is the QR code here.  Chinese language only.  There is an “ENG” option on the official website but clicking on that link leads to a black hole, straight up, wherein no particles or even electromagnetic radiation such as light can escape. 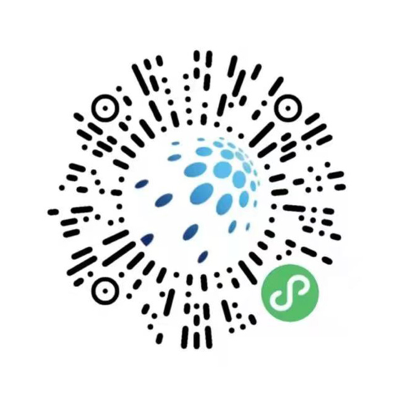 Like, quicker that it takes the “ENG” section of the Shanghai Planetarium website to be ripped from our space-time continuum through a black hole and shattered up against a corpuscular dawn of infinite disintegration.

The planetarium situation is thus: If you’ve got just a casual interest in the planetarium and don’t want to wrestle with this app and the 9 million other people trying to get in, wait a few weeks and try again.   Also, not everything is open yet, i.e. the observatory.  If you want to go now and want to try your luck, get on that app at 9:29am each morning and hammer on your phone like the Catholic Church hammering on Galileo Galilei.

Their official WeChat account is “上海天文馆” (Shanghai Planetarium). Click “购票“ (buy tickets), and then select “参观票” (entrance) / “电影票” (film). Tickets are only 30rmb each.  A tip: if you are new to the system, save your passport information so that you won’t get panicked typing all sorts of information when placing the order -- this will kill you we promise.

You can assess your interest level by having a gander at these pictures below:

This is the outside of it.   We’re very much digging the esprit de Starfleet Academy.  They totally jacked this design from a Next Gen set or something.  Love it.  When buildings like this start popping up, in emerald green pastures against azure blue skies, it makes us feel like we might finally be entering the good bits of human evolution.  Its building structure features three principal forms symbolizing the orbits of celestial bodies: an oculus, an inverted dome and a sphere. Super sexy.

The telescope bit.   The observatory is equipped with one of the largest-caliber telescopes ever-ever-ever.  You can’t go in there.  It’s not open yet.  It’s “Coming Soon”.  And will also be subject to its own separate ticket bidding system with an extra fee.

The lobby area.  Replete with Foucault’s Pendulum of course. His greatest hit.

And this is the first exhibition area.  The blue dome is the planetarium bit.  The exhibition areas of the Shanghai Astronomy Museum consists of three zones: the "Home" area, the “Universe" area, and the "Journey" area…

Did you ever think you’d see stars in Shanghai?  This is inside the actual planetarium bit, which is in the “Home” area.  You’ve got to wait to get into here (in our experience, 40 minutes), and then it’s just a classic planetarium star show.  You’re lying on bean bags and looking at constellations as they tilt across the night sky.  Pretty much exactly like your third grade science field trip.

Gotta get one of these.

More pics from this initial “Home” area.  The good thing about capping the amount of daily tickets allowed is that while yes, there are a lot of people, it’s not too crowded and things move along at a fair clip, despite there being a wait for the actual planetarium element of the thing.

Moving on into the “Universe” exhibition.

This bit extends the subject focus beyond the planets in our home solar system into larger universal concerns: time and space, light, gravity, black holes — the real balls of the matter, as it were.

There’s also a special section dedicated to the “ENG” section of the Shanghai Astronomy Museum official website but it was smaller than a quark.  Its existence is delineated by a short and curt placard indicating it as only a theoretical possibility.

Oh, speaking on that, the supporting documentation to the exhibitions is bilingual, so that’s great. It’s well done. Should have mentioned that earlier.

The last main exhibition is the most Star Trek-y and it’s called “Journey”.

Just hold on to that feelin'.

This bit is dedicated to showing how space faring technology developed down through the ages and in different countries’ space programs. They’ve got some pretty cool spaceship recreations and a section showing what the work stations look like for astronauts in space.

So yeah, Shanghai Astronomy Museum.  Ground control to Major Tom.  Begin your countdown, engines on.  Those are the main sections.  In addition to these, there are three more smaller sections directly geared to younger audiences: “Astronomy in China”, “Journey to Mars”, and “Wonder Planet for Kids”.  There’s also an extra add-on IMAX movie option which we skipped because it was extra and we were more about the walking and looking rather than the sitting and watching.   Here’s the three movie options if you're curious.

Check it out this kid's about to Sunshine himself.

The Shanghai Astronomy Museum is at 380 Lingang Dadao, near Huanhu Bei San Lu.  Near-sih to Dishui Lake.   Opening hours, Tue-Sun, 9.30am-4pm (last entry: 3pm). Closed on Monday.  No tickets at the door, as of this writing.  Book in advance at their app.