Today is Friday. I woke up at 5.35 am, too early given that the alarm had not rung. The usual late summer heat was mild at this time. I was a little nervous as the typical sense of realization I feel when the weekend is coming was not there.

I arrived at the office an hour earlier than usual. I went through Leilani's medical records and all her examination reports. There was still a lot of time before I went to her ward at about 9 o'clock. I couldn't help but think of her first visit three years ago. 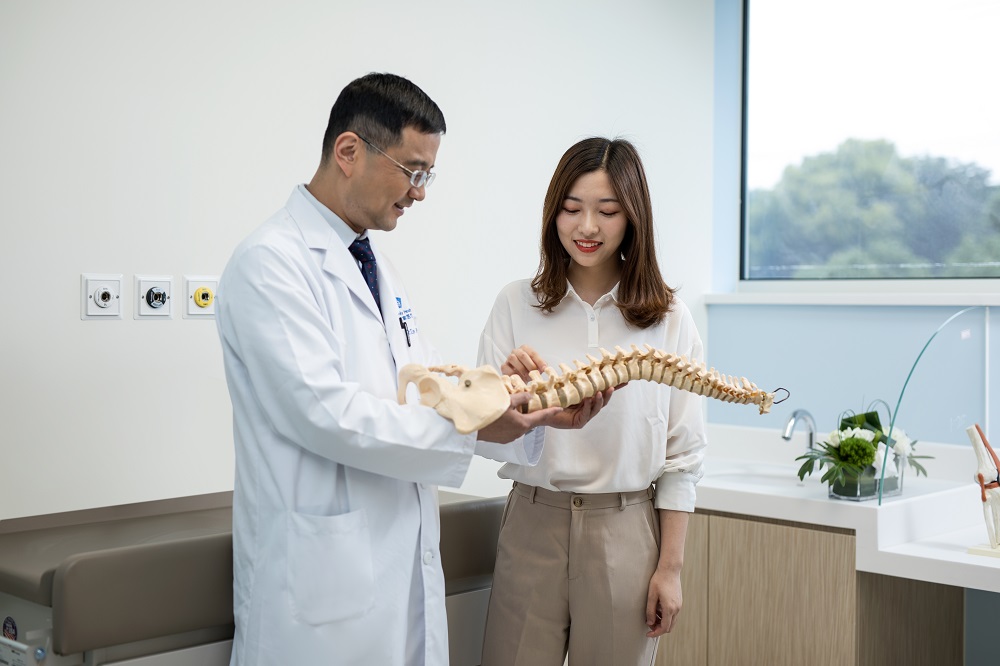 
Leilani's parents helped her into the clinic that day. She was small and thin, with a severe hunchback. Under the guidance of her parents, Leilani said hello to me.

According to her father's introduction, the child was born with 5p- syndrome. She learned to crawl when she was two or three years old and could walk only when she was four or five years old. Her muscle strength was weak, and her development was slow. The parents put their heart and soul into caring for her. Every year, they gather with families in the same situation in Germany so that they can share their experiences. Some families place high demands on their children, hoping that they can learn as much as possible. But Leilani's parents are very open-minded and hope that she can grow up happily and naturally, rather than put too much pressure on her.

We tried to clap hands with Leilani, and she was so happy that she gradually dropped her guard and was willing to interact with us.

Leilani suffers from long segment scoliosis with severe deformities. Because the child was still physically developing when she was diagnosed, I suggested that a spinal brace be used initially to slow down the development of scoliosis; performing surgery too early on would have affected the development of her chest, heart and lungs as well as her physical growth. Her parents accepted my advice. Since coming to China in 2011, they have chosen to be vaccinated and treated in our hospital, so they are very familiar with, and trusting of, our medical team. 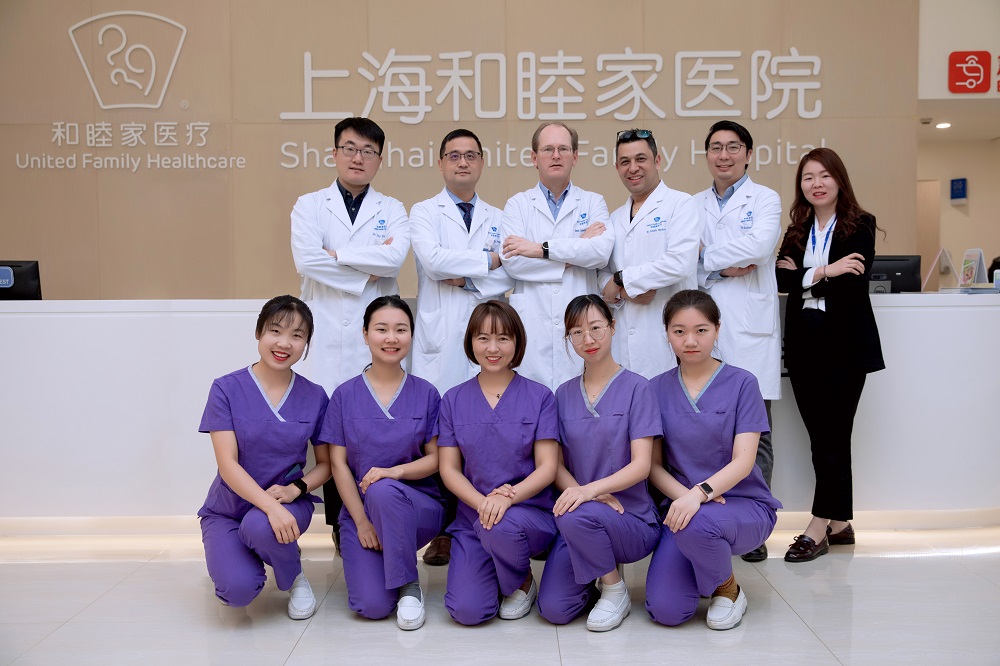 Before the outbreak this year, Leilani's parents brought her for a routine examination. The child's scoliosis had exceeded 60 degrees. It was necessary to perform surgery to correct the deformity, lighten her spinal pain and avoid any further progression of the problem. Without intervention, her cardiopulmonary function would be severely damaged. We also invited experts from other hospitals to consult with us on tailoring an operation plan for Leilani. Leilani's parents referred to their German experts and compared the options. Considering that Leilani was very familiar with the hospital environment and that she had faith in the patience and care of our medical team, they finally agreed to have the scoliosis surgery in our hospital.

The prospect of this operation was challenging. Not only was Leilani already suffering from 5p- syndrome, which is difficult in itself to deal with, but there were risks of spinal cord injury and a high possibility of postoperative complications. Nevertheless, we have been moved by the love and support of Leilani's parents for her over the years, and because of their trust in, and cooperation with, our medical team, we were willing to fight for this family. 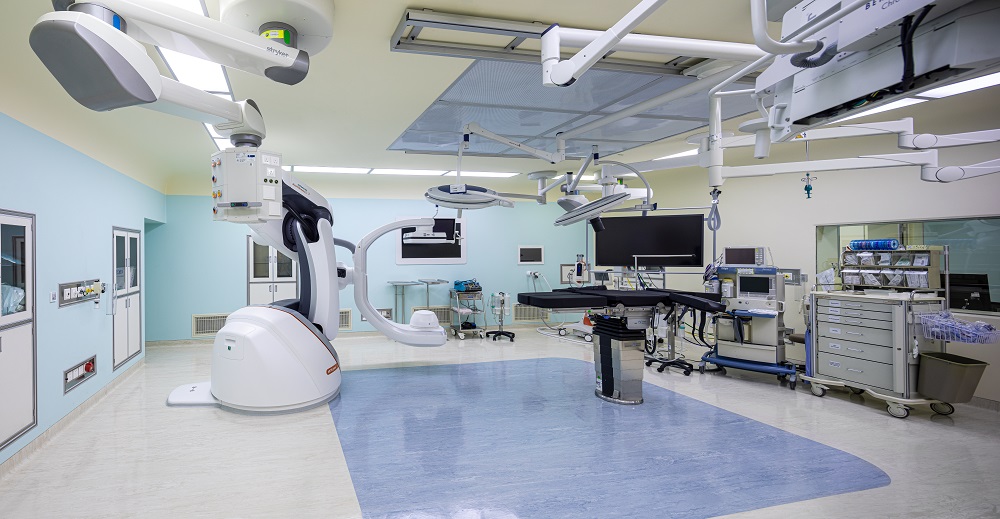 We mobilised the anaesthesiology department, laboratory and blood bank, operating room, ICU (intensive care unit), internal medicine, paediatrics and dietitian teams out of the orthopaedics department so that we could communicate and coordinate with one another, prevent possible emergencies and fully prepare for the operation.

The operation lasted five and a half hours. There were 12 segments from thoracolumbar 5 to L4, and 24 pedicle screws were needed on both sides; the higher the number, the higher the chance of error. Furthermore, Leilani’s scoliosis was serious, and the deformation and rotation of each vertebral body were different, so each screw needed to be adjusted accordingly. Finally, screw rods were placed on both sides to correct the deformity and fix them in place.

Maybe it was the high tension during the operation that when Leilani was pushed out of the operating room, I was completely exhausted in my chair. But I was excited because this was the most complicated scoliosis surgery in the history of our hospital. 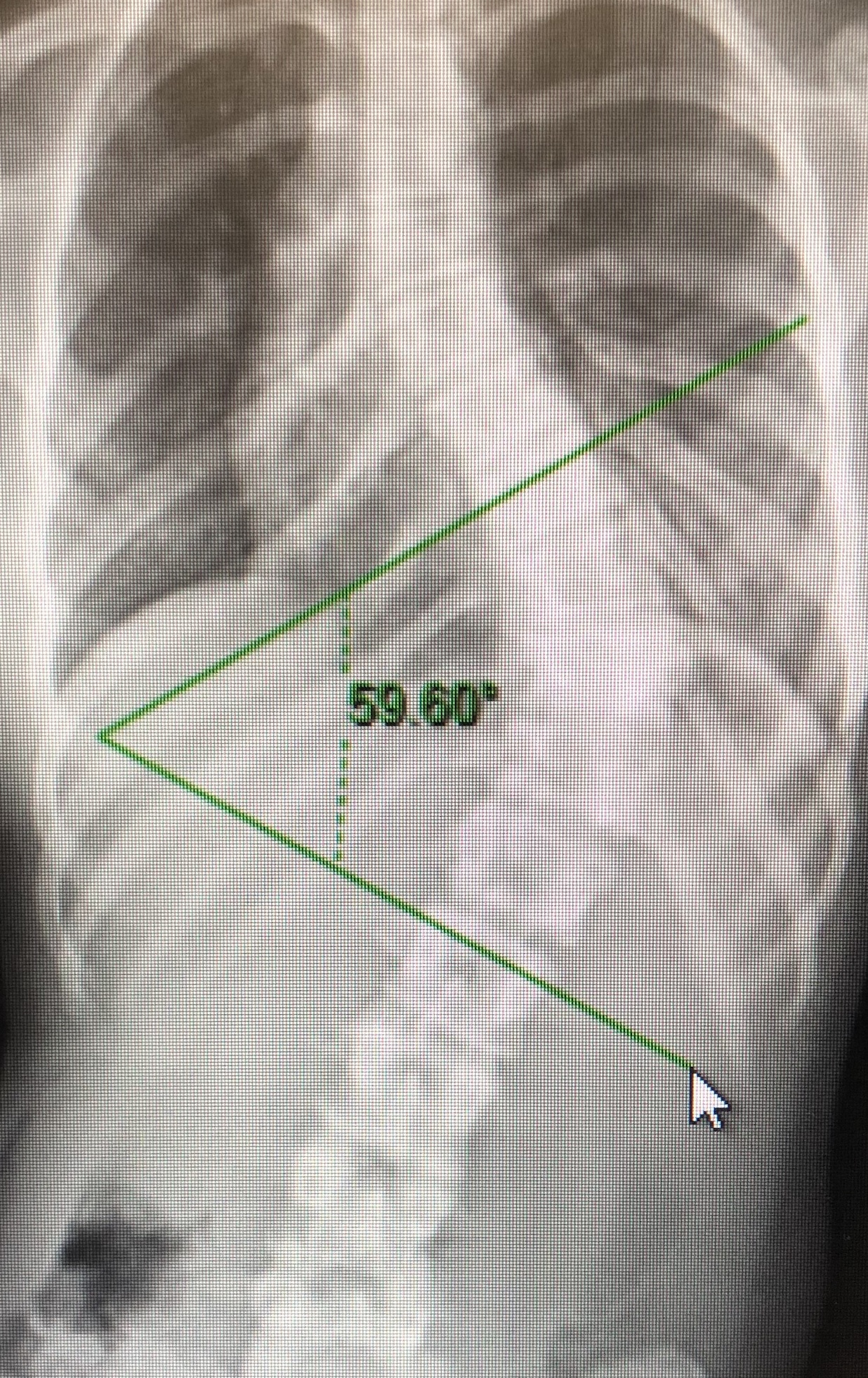 Leilani’s X-ray examinations (before & after operation)


We closely monitored her cardiopulmonary function and corrected common complications such as pneumonia and haematuria. On the fourth day after her vital signs were stable, physiotherapist Wang Weiyi began to intervene in her postoperative rehabilitation treatment of Leilani in order to speed up her recovery and reduce the possibility of complications. From early training of lung function to simple limb function training, he taught Leilani a safe way to turn over and get up. When she was able to get up again, physiotherapist Wang helped her to walk using aids and braces. Later on, we will also connect with the physiotherapists at Leilani’s school to share training notes and long-term recovery plans.

I was interrupted by the knock of the outpatient nurse, who reminded me that the ward round was coming. I went to Leilani's ward with my assistant. Although it wasn't very urgent, I couldn't help quickening my pace. After the ward nurse and Leilani's father helped her clean up, Leilani walked out of the ward excitedly. Although her body was still a little shaky—perhaps she had not yet adapted to her new sense of balance—she was walking surprisingly fast. Leilani rushed to the window and enjoyed the view. 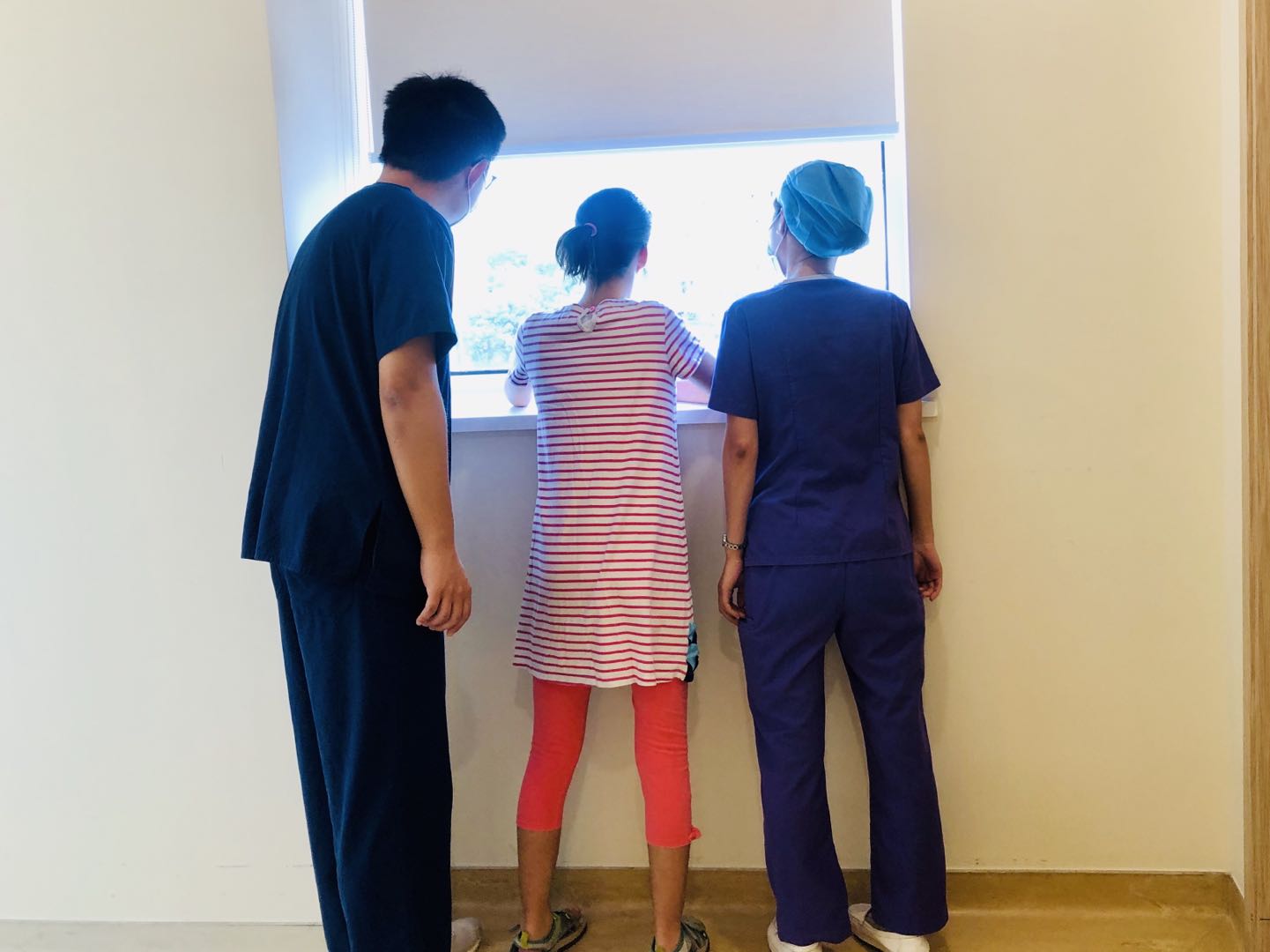 ‘Leilani, you will be as tall as your sisters,’ Leilani's father said as he looked excitedly at her straight back. ‘Shake hands with Dr Xie, the rehabilitation therapist and the nurses, please, and thank them for the successful operation!’ Leilani was very polite as she shook hands and took photos with all of us. She had a beautiful smile in the pictures. 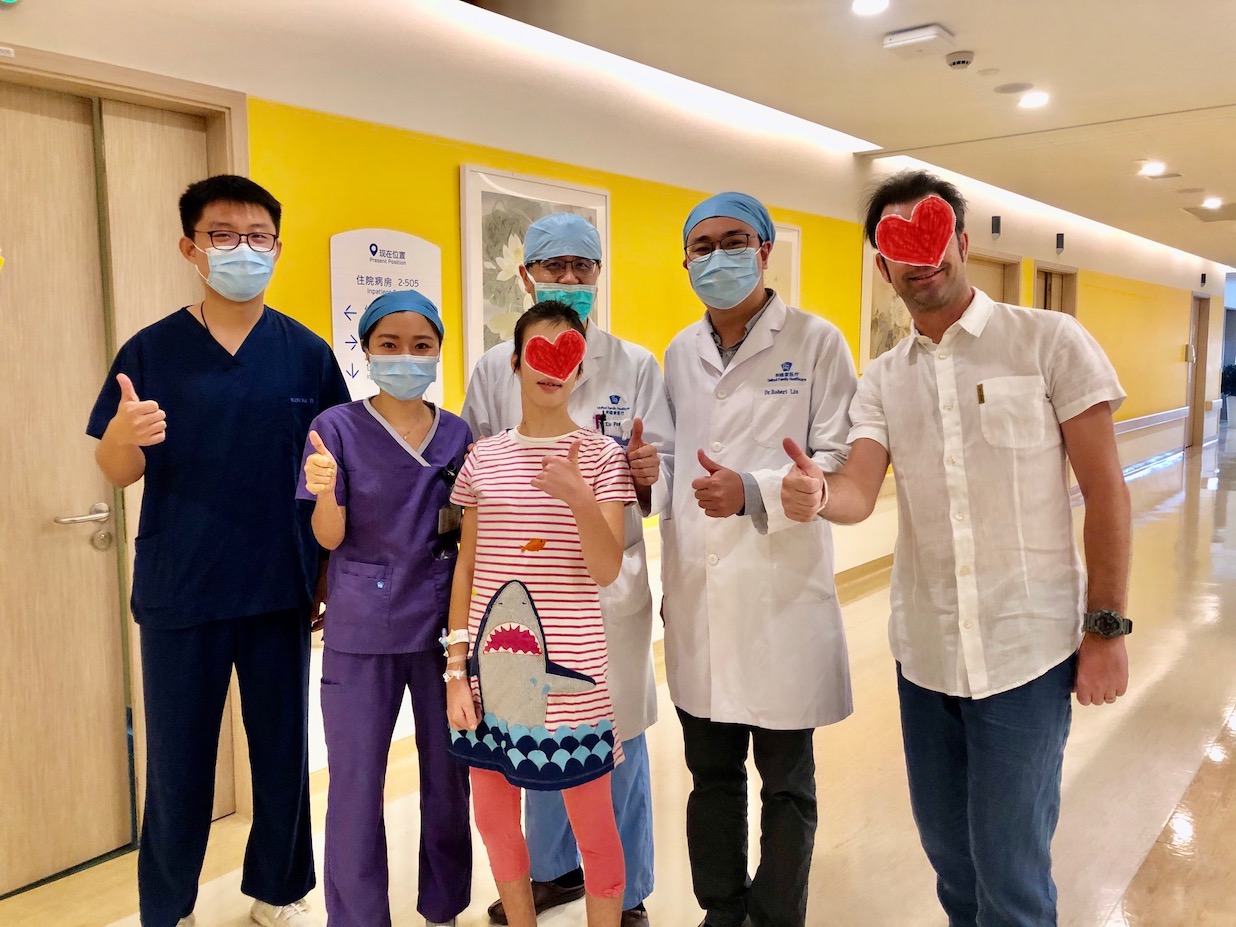 
After Leilani had completed the relevant examinations, she was discharged. Just a few days of hospitalisation made a significant difference to this little girl. I have begun to miss her and am looking forward to her return visit next week. I long for her to grow up and become healthier. 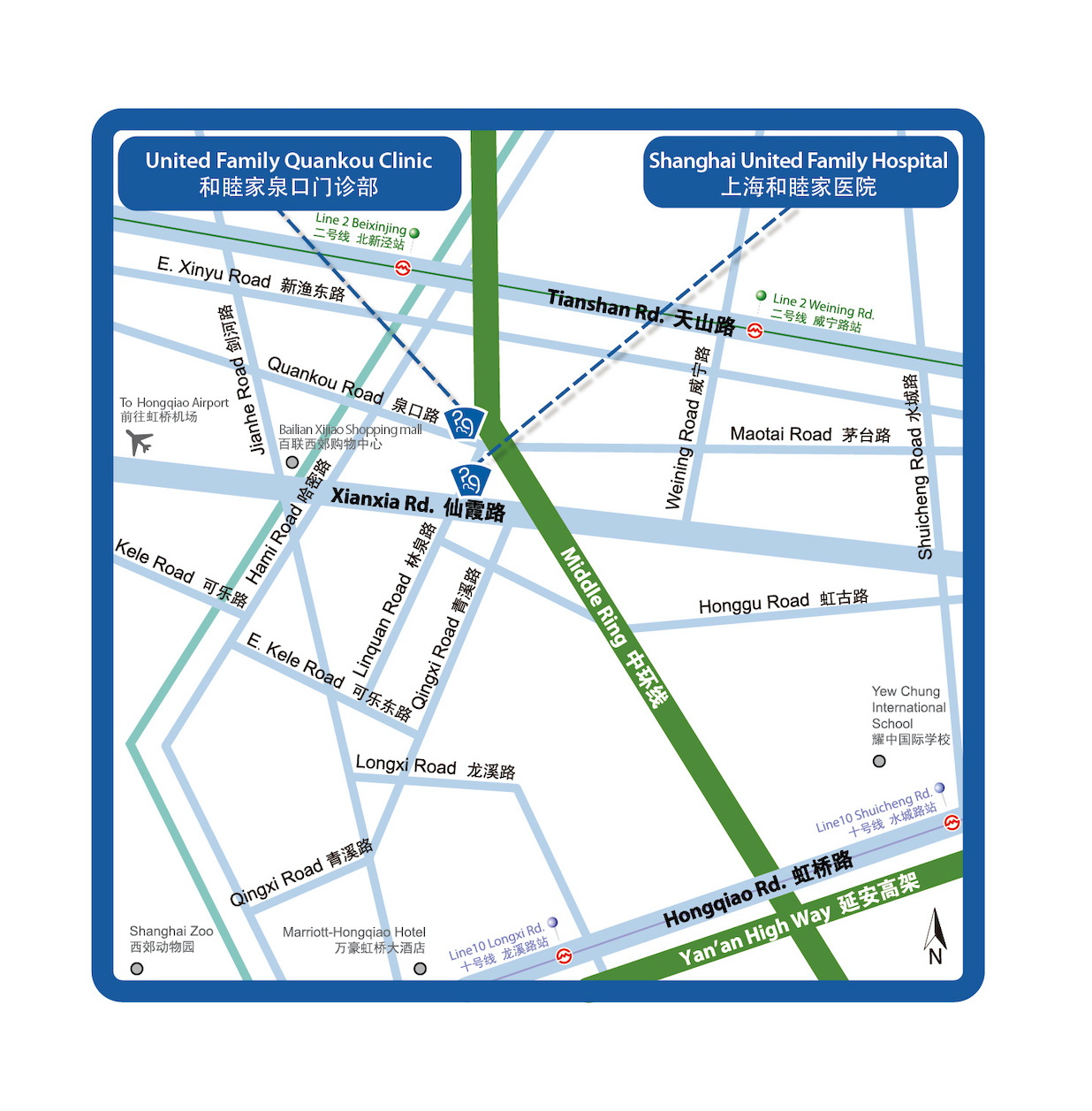 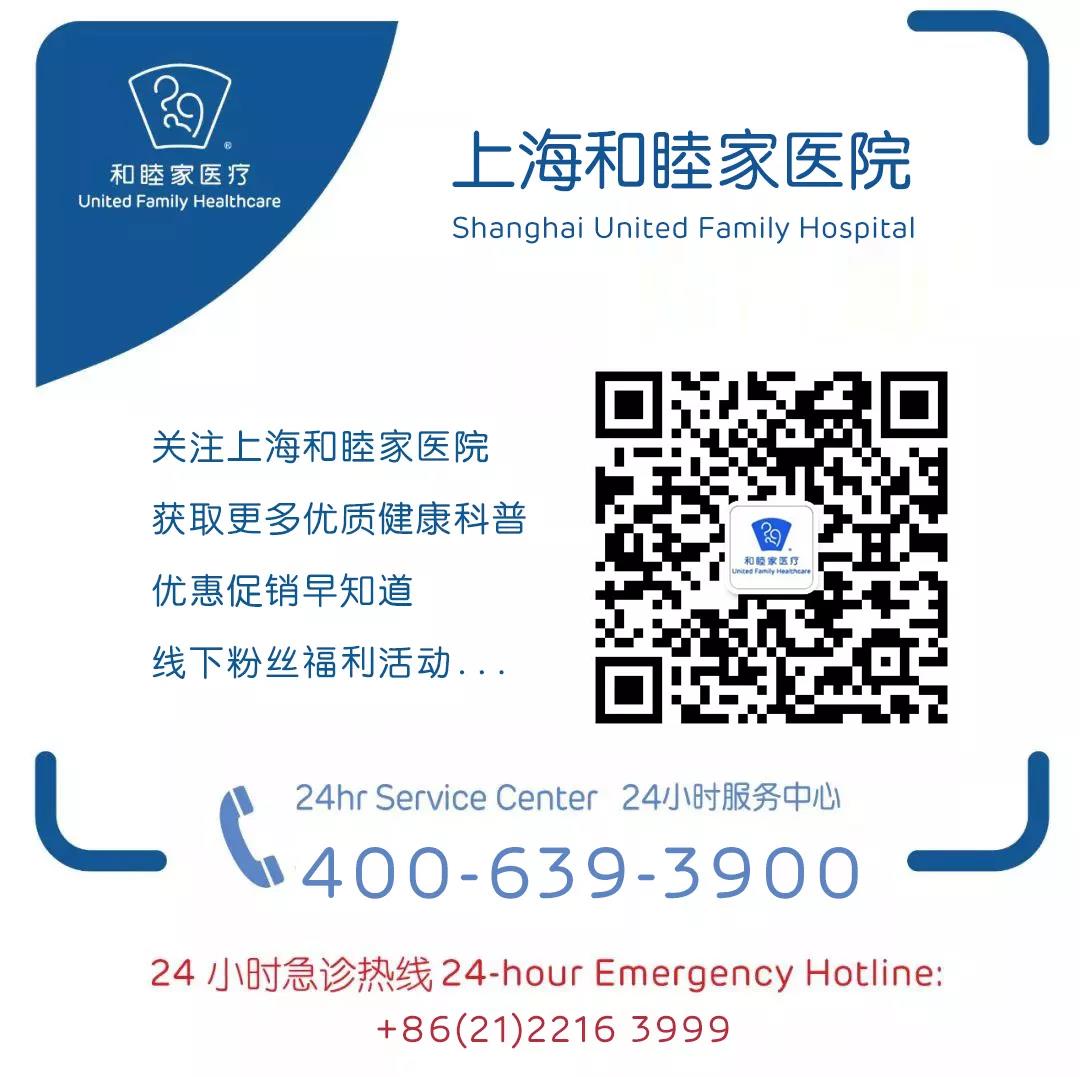