Real Families Talk About Finding a School in Shanghai

SmartShanghai sat down with two mothers, who have moved to Shanghai in recent years, to answer these questions themselves.

Kiera Greaves and her husband Chris, the Supplier Management Executive for Rolls-Royce Asia Pacific, relocated to Shanghai in 2019 from Britain with their sons Alexander, 6, and Gabriel, 4. Kiera has lived in multiple countries and felt it would be an important experience for their boys and help them become more well-rounded individuals.

Before making the move, Chris’s company paid for a 10-day visit to Shanghai, which gave them time to experience the city, find a place to live, and find a school for the kids. The couple wanted the boys to continue with the British education style and curriculum that their boys were used to. 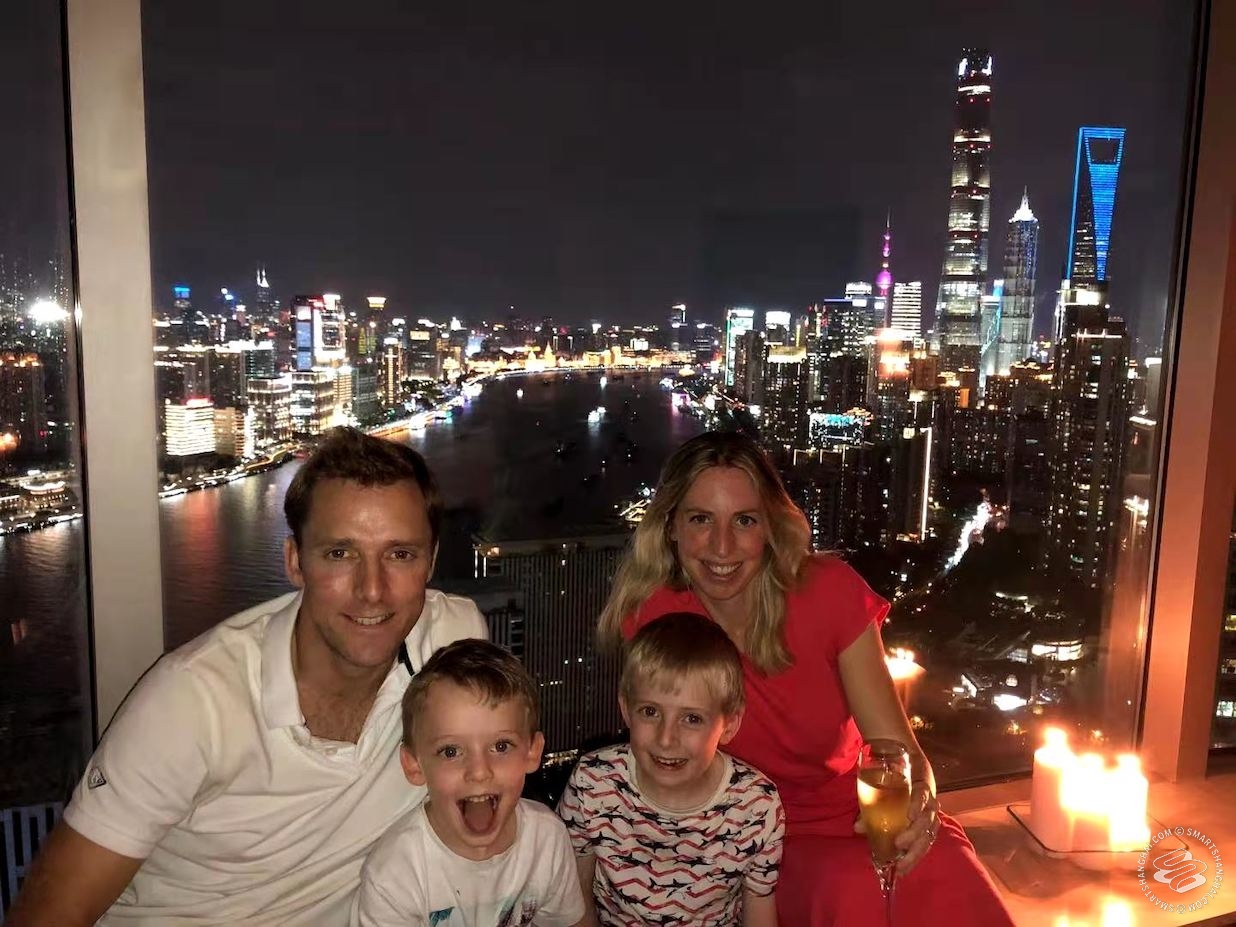 After doing most of their research online with the aid of some advice from friends whose children had studied in an international school in Shanghai, Kiera and Chris had a shortlist of schools for their visit.

One thing Kiera highly recommends above all things is to do a school tour. This allows you to get a real sense of what a school is like before making a firm decision.

After visiting all three places on their list, the choice came down to a welcoming school and classroom environment, location, facilities, school community, and passionate teachers that specialize in their subjects, such as physical education, art, drama, Chinese.

Their choice was Wellington, Shanghai. 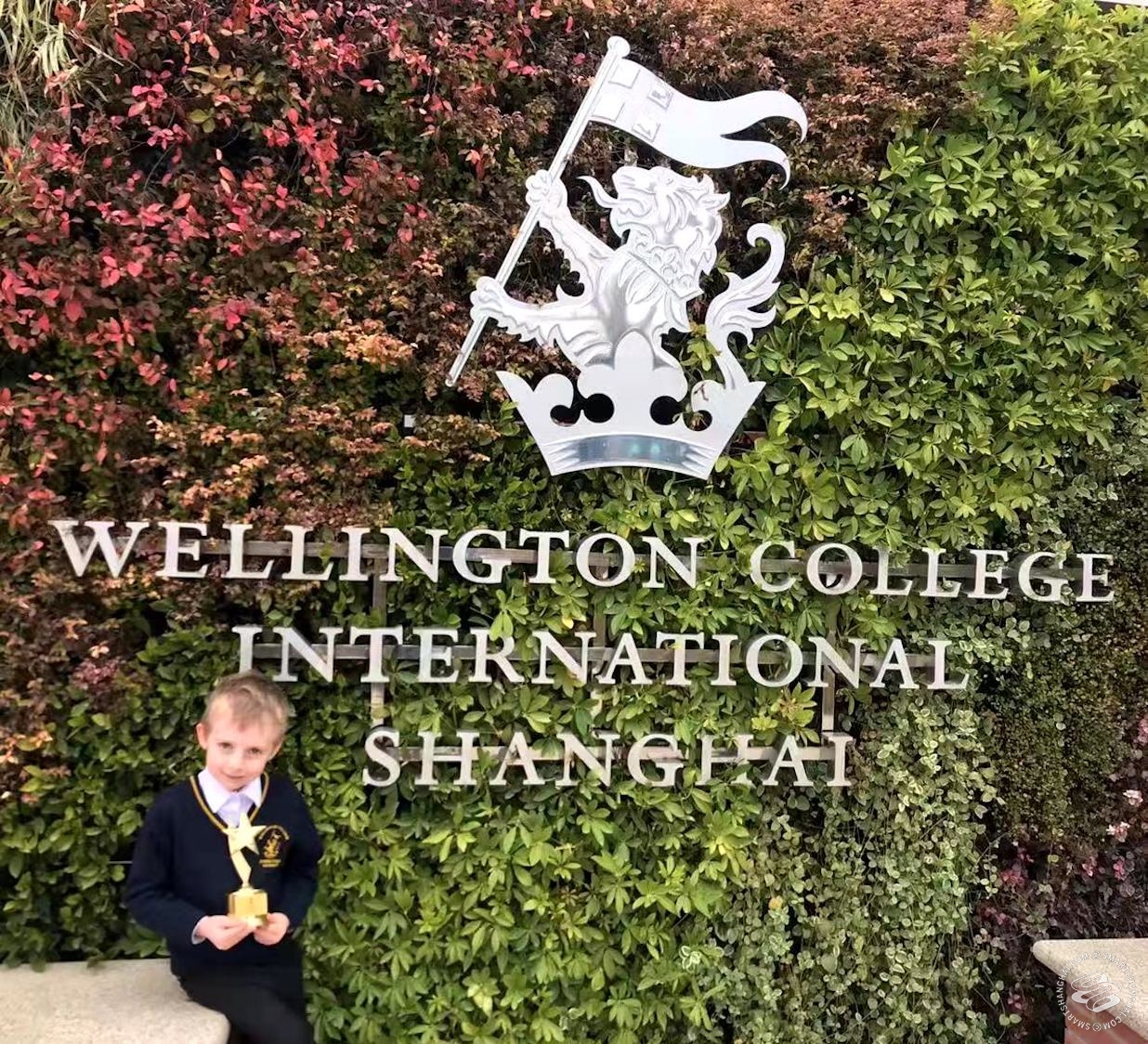 “We were looking for a place where the children’s personalities and confidence could thrive,” explains Kiera.

“Both boys have vivid imaginations and I wanted a school that would inspire them and let them be creative and experimental. The second we walked into [the school] we could feel its warm atmosphere and the students and teachers just looked so happy to be there. We also vetoed the idea of living in the suburbs for something more city-like, and Wellington’s location made that easy.” 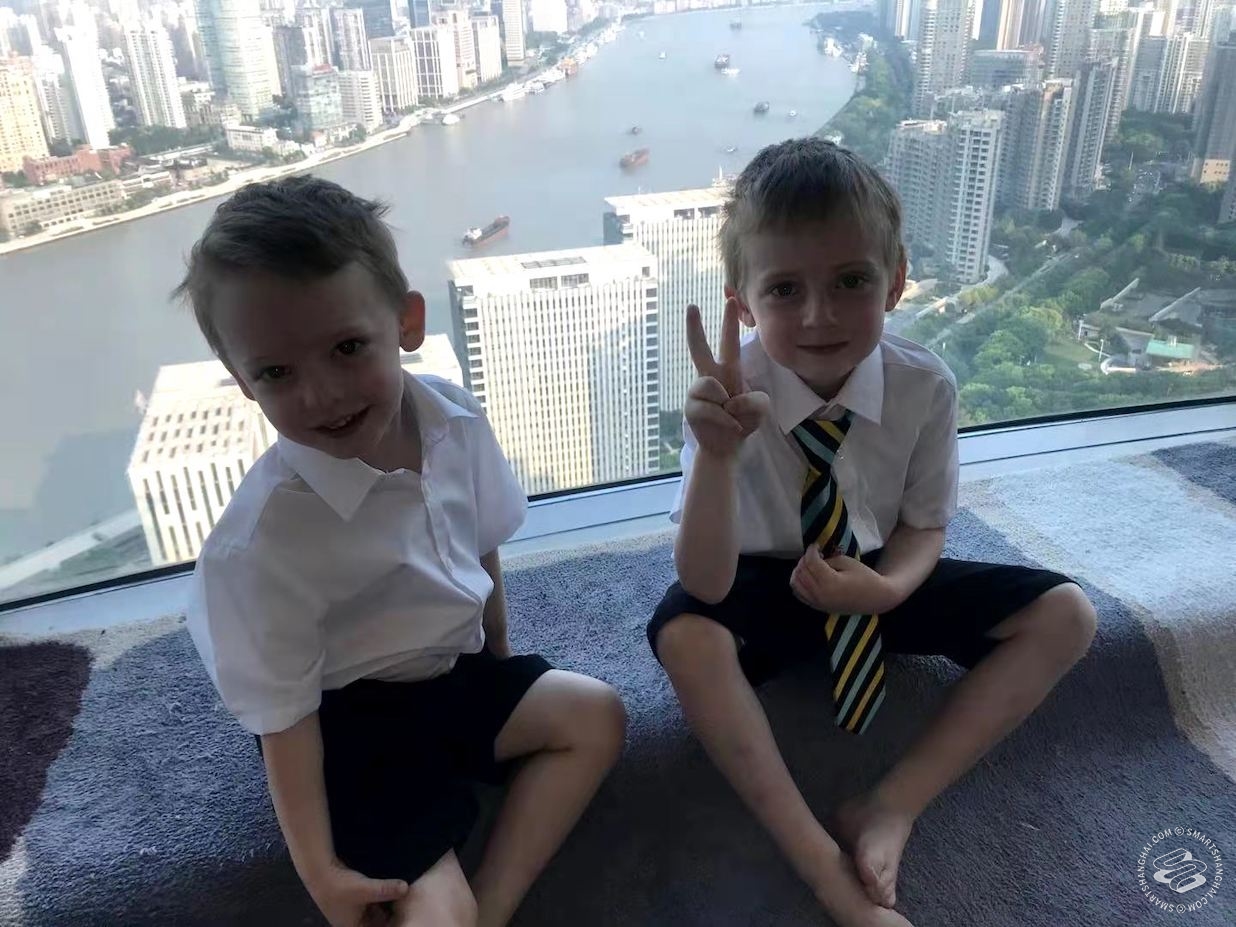 Like most families, Kiera and Chris were looking for a good community to be a part of and this was key to them starting a new life.

“We settled in instantly. It’s like having an instant family and friend group. On the boys’ first day I remember lodging myself in the school’s café where I ended up spending literally the whole day. A few weekends ago, my youngest came to me and asked ‘Mummy, when are we going to school?’. He was devastated when I explained it was Saturday. He asked again the following day.” The family now lives in Shimao Garden, a high-rise on the Pudong riverside that offers sweeping views of Puxi and in close proximity to Wellington.

Getting to school means a ride on the school bus, which stops at their compound, or a 25-minute car ride with the carpool. On the weekends, it’s even faster to get to Shanghai’s older downtown areas.

Since moving to Shanghai and volunteering at Wellington, Kiera has decided to study for a Post Graduate Certificate in Education in Primary through the Huili Institute for Learning and Durham University.

Microelectronics engineer, Lin, and her husband, Chris Huo, an Investment Director at Fosun, had a similar experience choosing a school for their son Aiden. 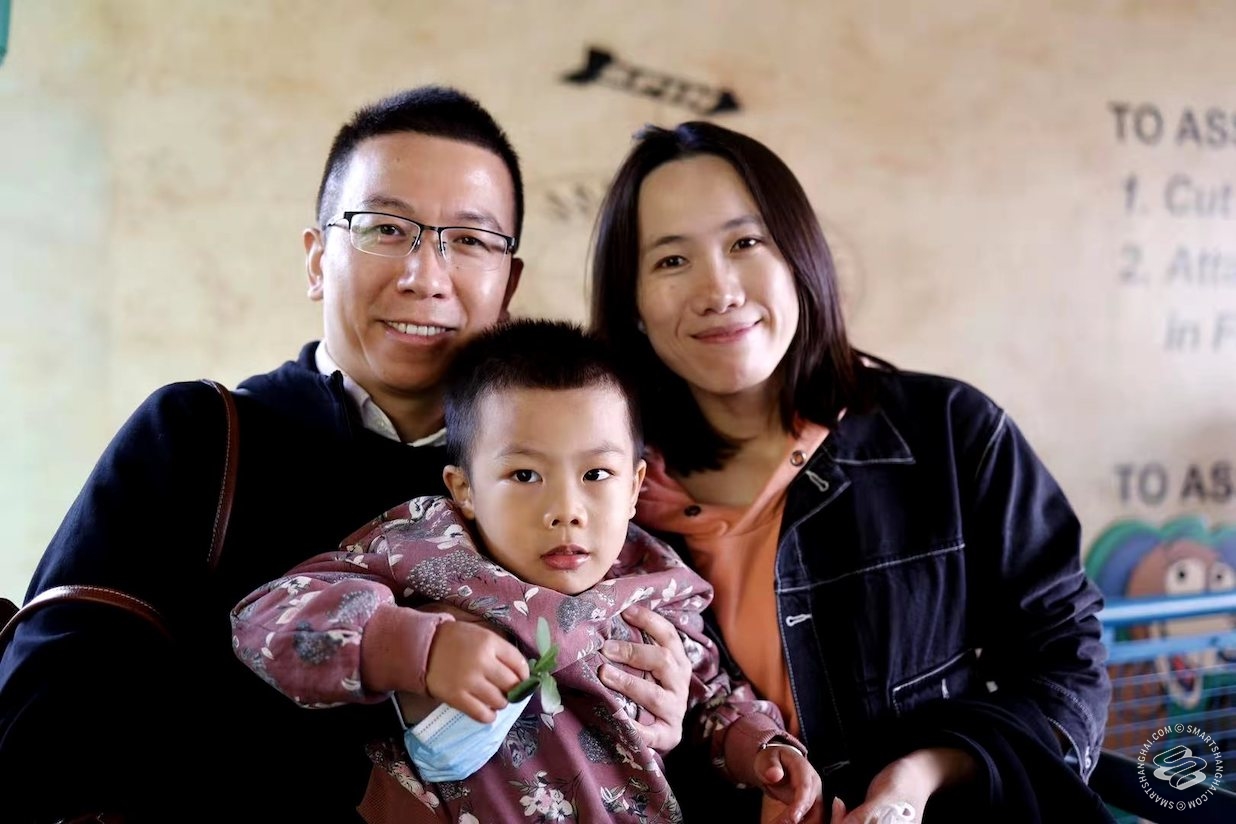 The couple are originally from Shanxi province but met in the UK, where they settled for close to two decades. Chris’s company offered the couple a move from London to Shanghai, and they decided to accept in part so that their four-year-old son could connect with Chinese culture and improve his Mandarin. 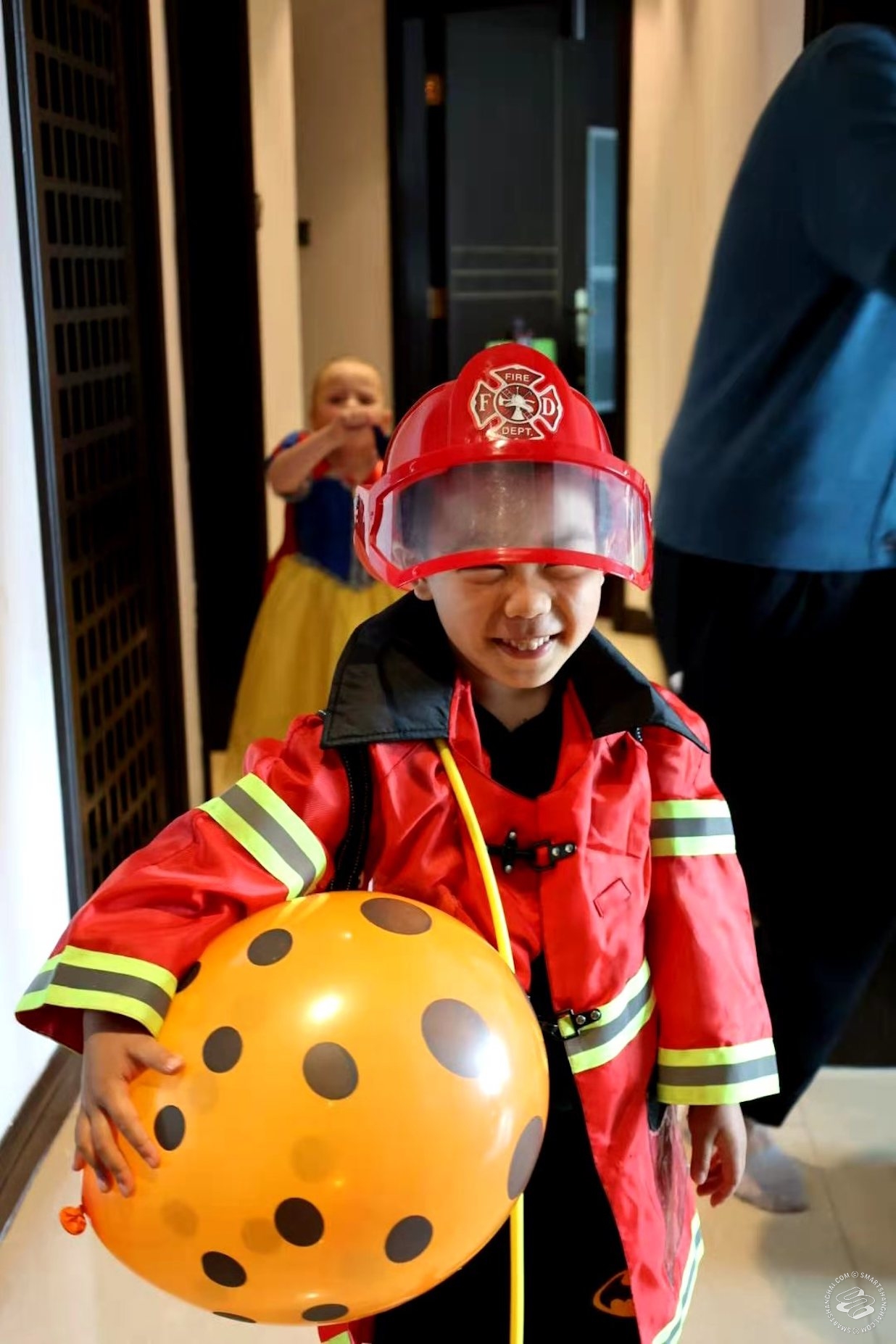 Like Kiera and her husband, Lin and Chris did most of the legwork online and had a shortlist ready for when they first visited. “Aiden had started nursery in the UK so choosing a [British-style] school felt right,” she explains. “We were already moving to a new city, in a country he isn’t familiar with, so we didn’t want to make the transition too difficult.”

The final decision came down to school ethos, curriculum, facilities, location, and the teaching environment.

“Wellington puts a lot of focus on independence and individuality, which my husband and I didn’t have growing up. We really wanted this for Aiden and for him to be free to explore his interests.” 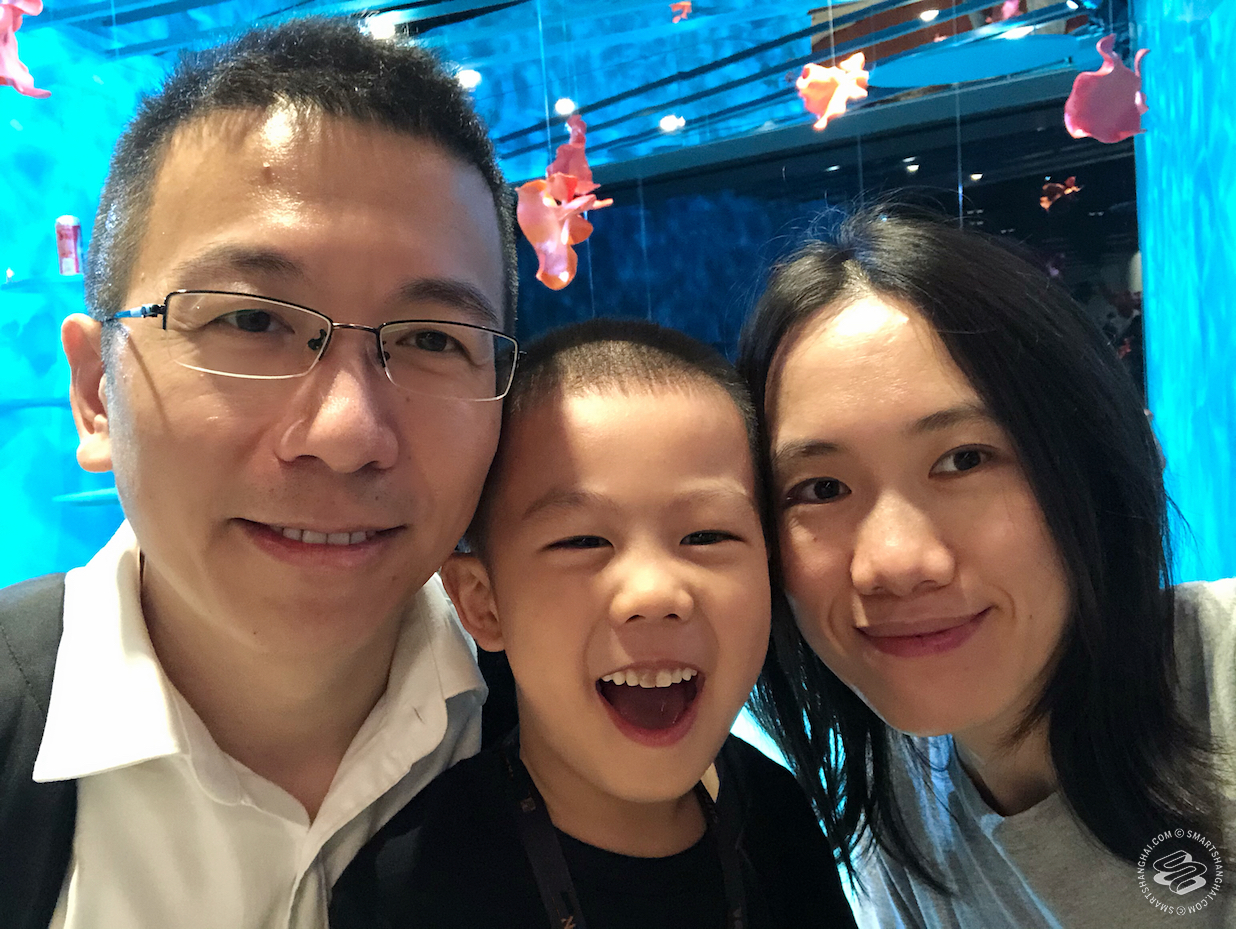 Finding and deciding on an apartment came next. Chris found the couple’s apartment in the Crystal Plaza development, a new shopping mall next to Wellington, when wandering around the area. Chris and Lin both liked the location, which reminds them of their London home in Canary Wharf and has easy access to downtown Shanghai.

“It takes me and Aiden 10 minutes to walk to school. He even came home one day saying, ‘I can see home from the roof garden mummy!’.”

Like Kiera’s son Gabriel, Lin’s son, Aiden, is in Reception (ages 4-5), the age group before Pre-Prep, at the separate Wellington Early Years Centre, and studies the Early Years Foundation Stage (EYFS) curriculum. For Lin and her husband, the most important aspect of Aiden’s first years at school was a focus on creativity rather than academics. As the Early Year’s curriculum is play-based, with students learning through exploration and inquiry, Lin felt confident that this would help Aiden flourish, feel content, and enjoy the experience of learning.

“Aiden liked going to Wellington from day one,” shares Lin. “He comes home chattering non-stop about things he has learned and asks questions about the world. He is also always drawing pictures of things like his teachers and the orange tree at the school. It’s such a pleasure to watch him grow and become more curious.”

As firm friends, Kiera and Lin often go to events organized by the school’s events committee, Friends Of Wellington, like family picnics, walk’n run club, winter festivals, the International Food Festival, parent and teacher social mixers, Ladies Night (the latest one was a burlesque night at The Pearl), coffee mornings and more. Both fathers like to hang out at the school’s dad's football club. 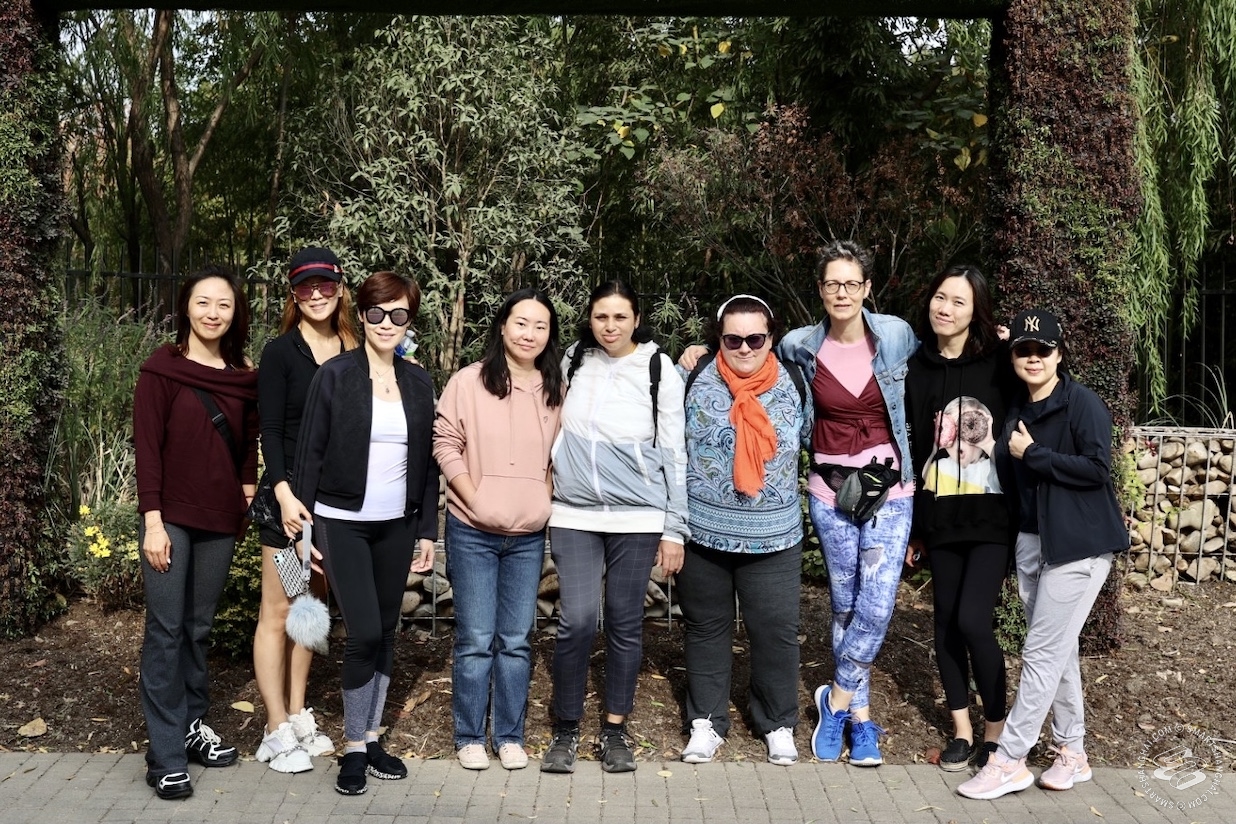 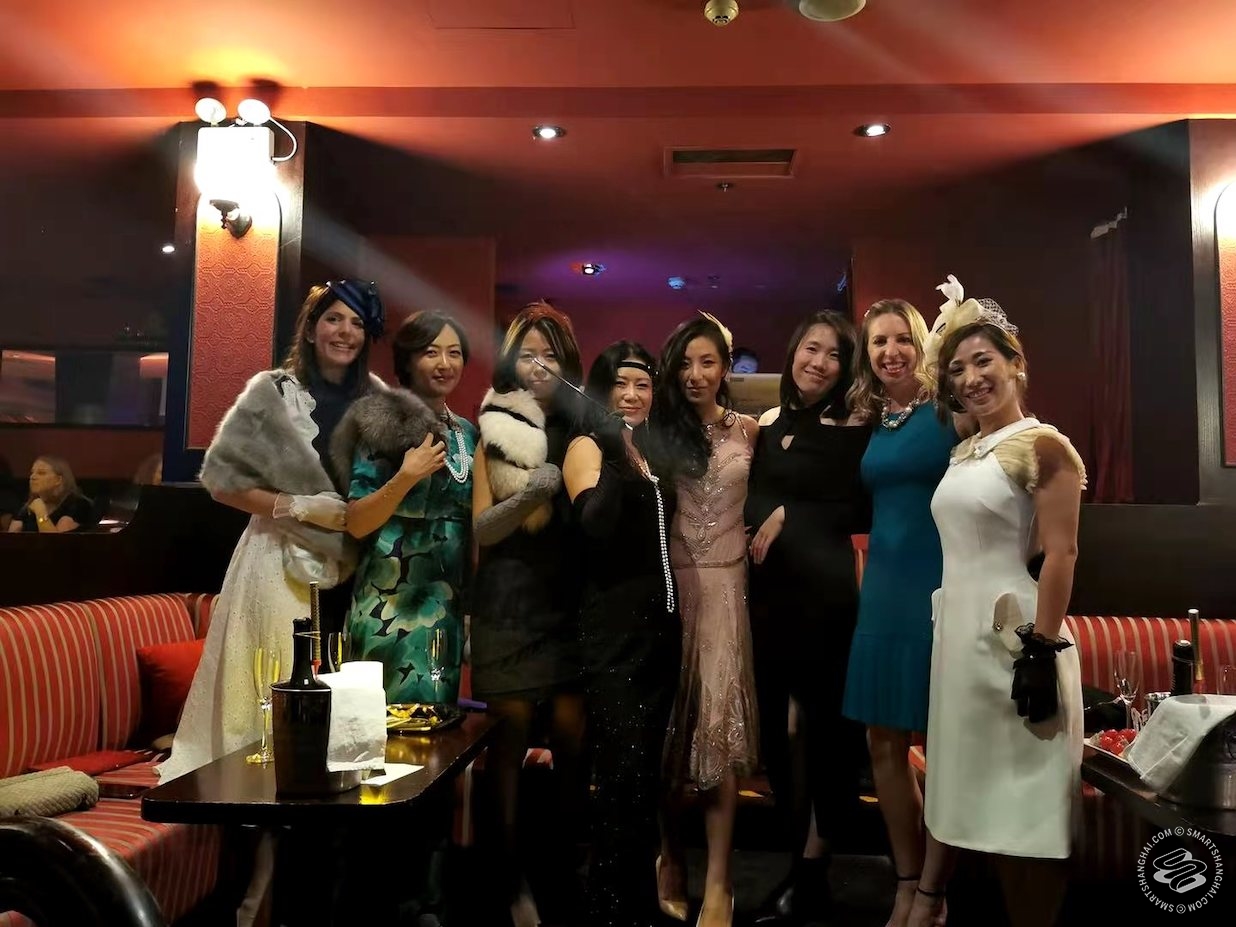 The families have even taken a day trip together with others from school to Disney and also celebrated Halloween in one big party. 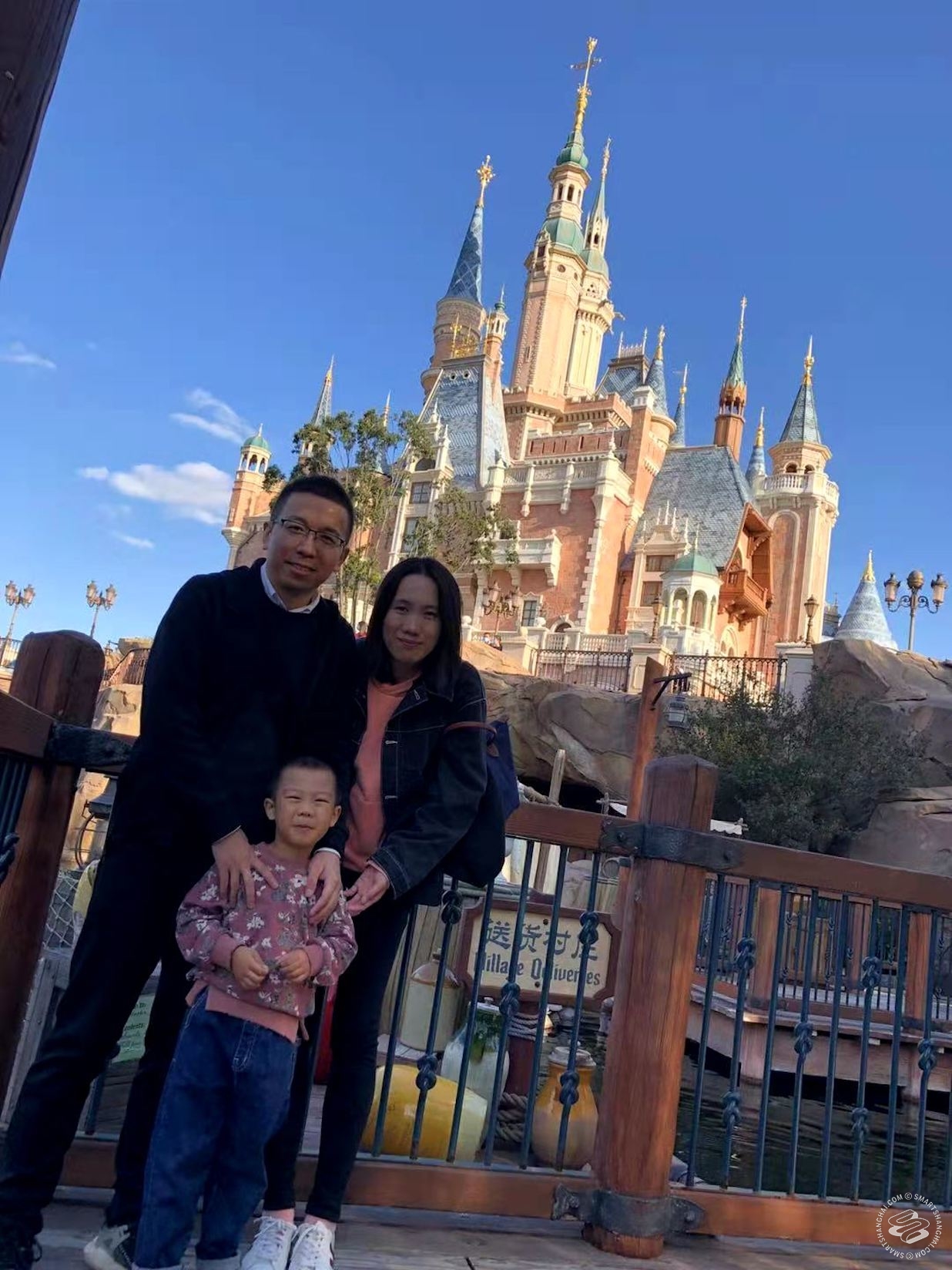 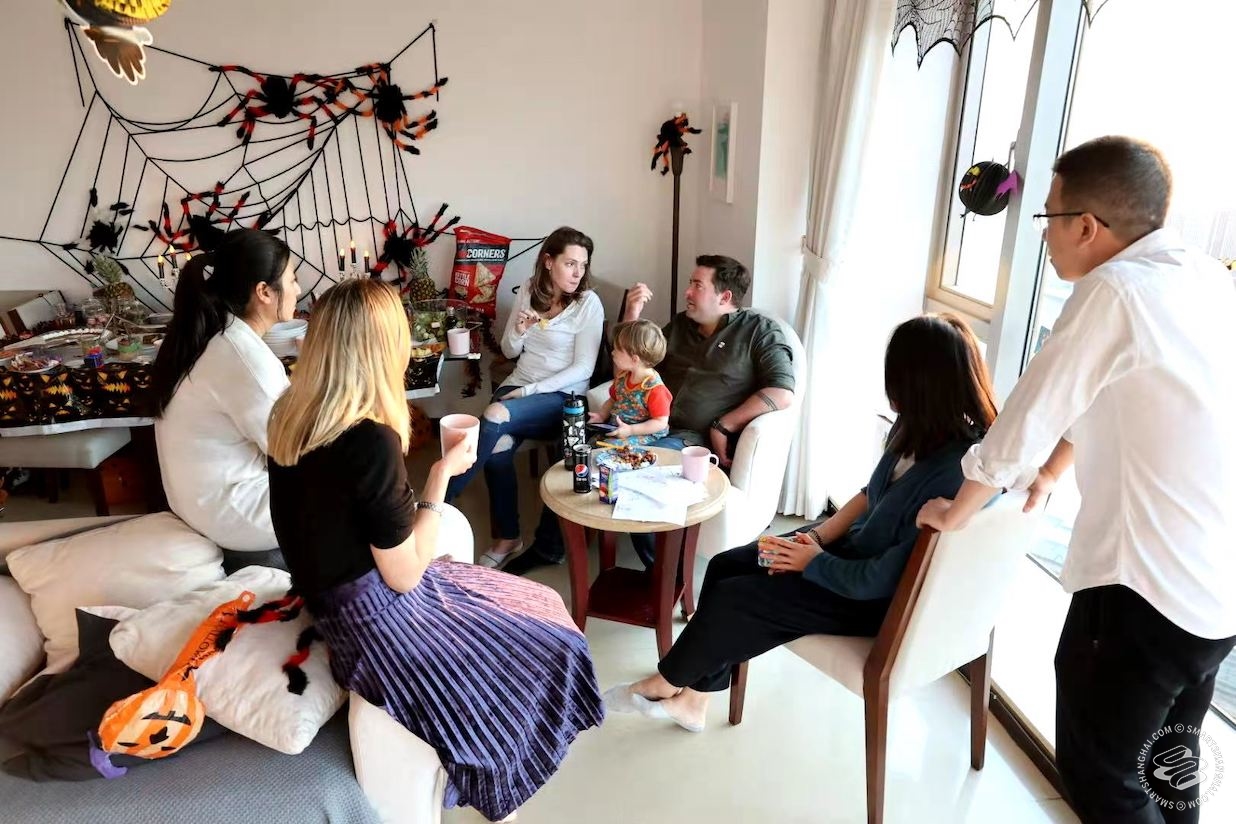 “Our children are utterly content and happy which is just such a source of satisfaction for us as parents,” says Kiera. “We haven’t once doubted our move to Shanghai and Wellington played a big role in that.”

For more information on Wellington, Shanghai and its Early Years curriculum, visit the website or click here to book a school tour.