The Green Card is the Holy Grail of Chinese Visas. Here's How It Works.

Never have to renew your visa again! How hard could it be?
By Alex Panayotopoulos
2020-11-05 12:00:00
How To: From the directly and minutely useful to information on living your best self in the world. How To is our regular column on how to accomplish things in the city.

Shanghai, whose pilot Free Trade Zone means the regulations are more relaxed, had less than 7,500 permanent foreign residents in 2018, according to the most recent statistics, or less than 5% of the foreign population.

The Ministry of Justice put out new regulations for public feedback back in February which are meant to cut down on the red tape a bit, and the government has said they want to make it easier, but the requirements to get that priceless little bit of plastic — the Foreign Permanent Residence ID Card — and the right to live and work in China for a decade, are still stringent. By some accounts, it's the hardest residence permit in the world to obtain.

What Is A Chinese Green Card

The Chinese Green Card is a combination Permanent Residence Permit, work permit, and identification card with a ten (sometimes five) year validity. It means you don't need a visa anymore, you can work the same as a Chinese citizen, and it also means you have the same rights as a citizen when it comes to housing, education, investment and so on.

It is not Chinese citizenship. It's a Green Card. 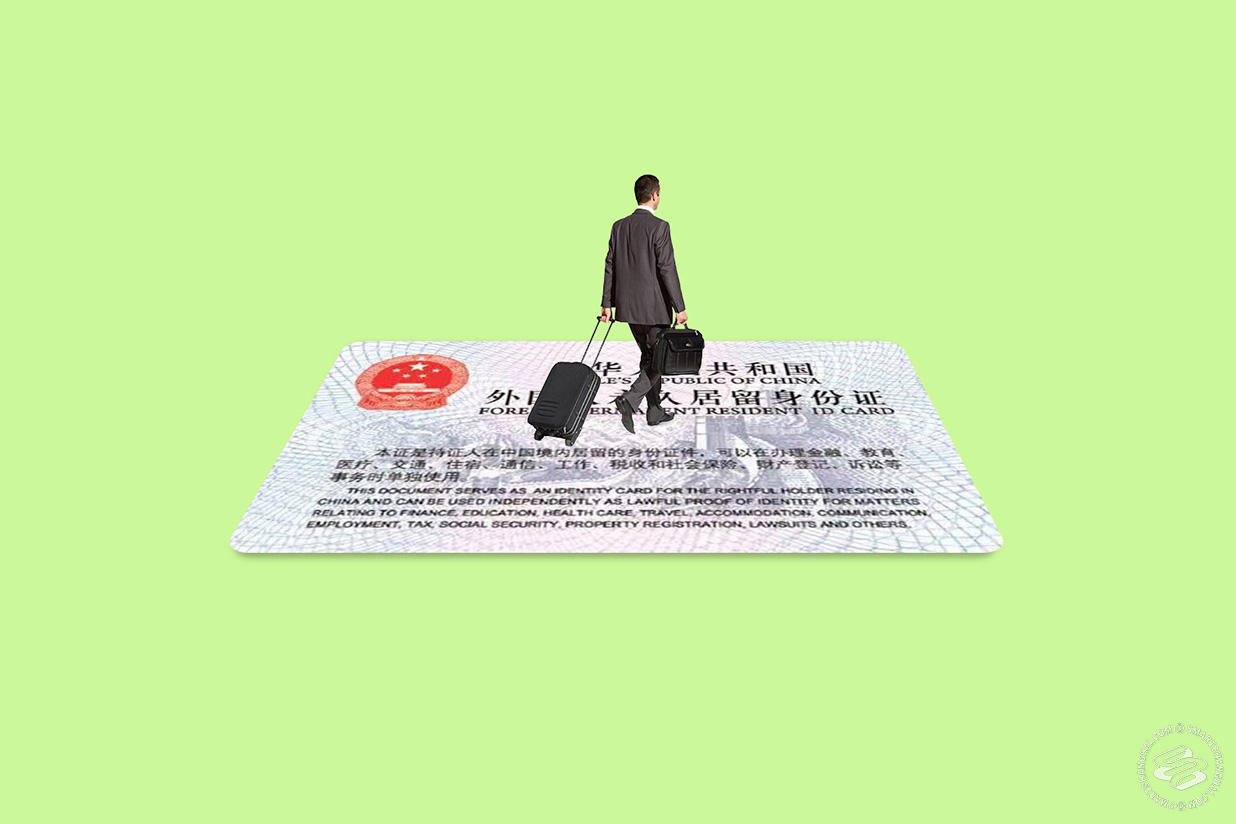 It's meant for long-standing, well-established foreigners with strong ties to China, or super smart and/or rich ones that could benefit the country. Joan Hinton was the first person to receive one when the program started in 2004. She was a nuclear physicist on the Manhattan Project who moved to China in 1948 and had worked in China's agricultural and dairy industry.

Over its sixteen year history, the Green Card has been awarded like an honorary degree to the likes of Nobel Laureate Robert A. Mundell and CBA Laureate Stephon Marbury. Elon Musk was recently offered one after visiting the giant factory he built in Pudong.

Since 2017, the Permanent Residence Permits have had a little chip embedded in them so they function like a Chinese shenfenzheng, letting you buy train and plane tickets, conduct bank transactions and check in to hotels, without needing a passport. The revised regulations also mention passing through the Chinese citizen channel at the airport, subsidized public education, and training in language and "other social integration services." In some ways, it's better than a shenfenzheng, since there's no address attached; the perks are valid everywhere.

Application can be spotty, though. Green Card holders we spoke to have had people at the bank, train station, or China Mobile refuse to accept a document they didn't know existed. National electronic systems like readers at airports usually don't have a problem scanning it, but staff at airports overseas are even less likely to know what a Chinese Green Card is, and are liable to keep demanding to see your visa to China.

Can I Get One, Though? 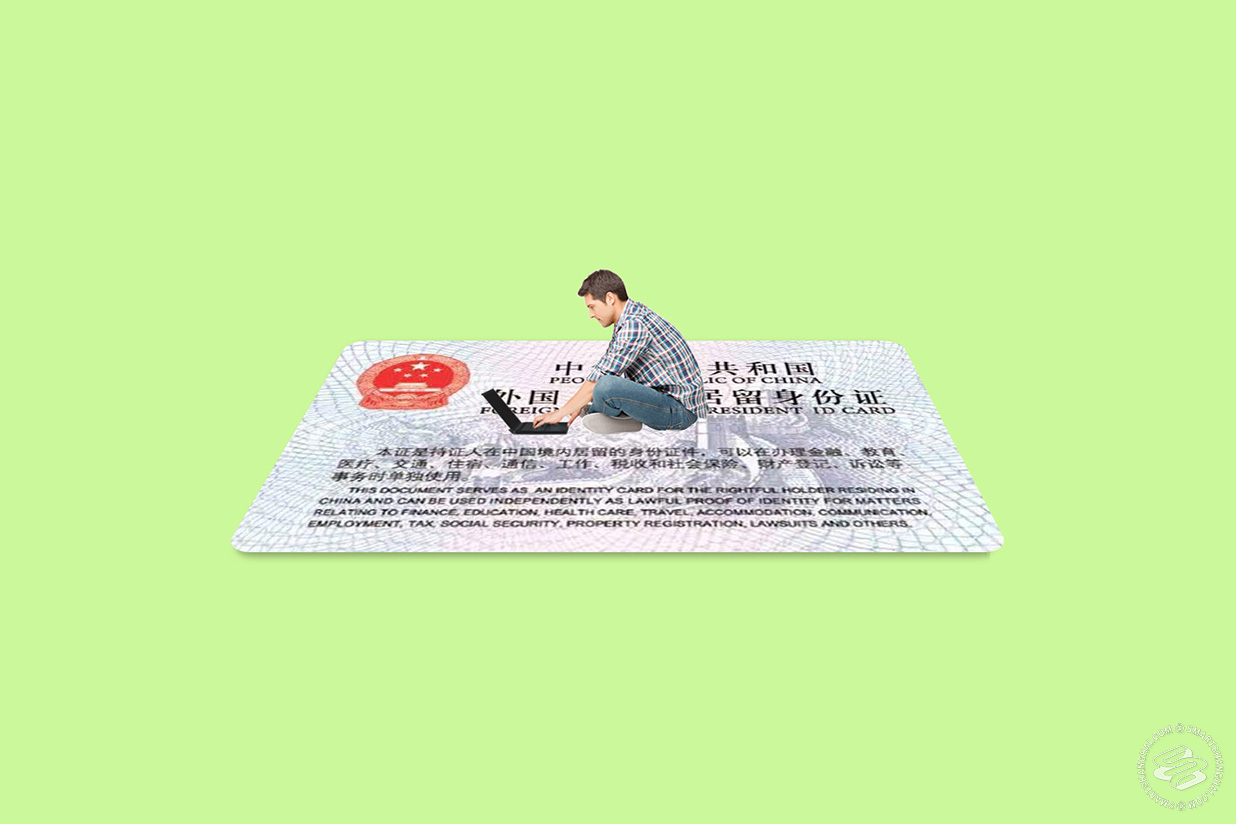 The list of requirements is specific and exhaustive. I'm not going to go through every one because then I'd just be copy-and-pasting a bunch of legalese taken from the Administrative Measures for the Approval of Foreigners' Permanent Residence in China. Also, a list online will never trump what the immigration official behind the desk says you need. Here's a rough outline so you can see where you might fall:

To qualify for a Permanent Residence Permit in China, you have to pass the usual medical test, have a clean criminal record and fulfill at least one of the following requirements.

Urgently Needed Skills and Talent (Article 13) is meant for foreigners with "urgently needed talents" recommended by the authorities in industries and regions; academics and researchers recommended by universities and research institutions; individuals in high-tech and innovation sectors and senior management personnel recommended by well-established domestic companies. The latest version of the draft regulations doesn't mention any minimum residency period as a requirement.

Expertise, income and study (Article 15) is a new section in the revised 2020 rules that allow for three kinds of foreign citizens already working in China with clean tax and credit records to apply for permanent residence permits.

For the record, Shanghai's average monthly wage was reportedly 9,723rmb in 2019.

Investment (Article 16) is for foreigners who have made foreign investments in China worth at least 10 million rmb in one of China's "encouraged" industries, consistently over the course of at least three years, with a clear tax and credit record to prove it. The investment total is lower (Article 7 specifies 500,000 usd) if the investment is in less-developed areas in Western and Central China.

Or, according to Article 12, you could just be a "foreign citizen with internationally recognized achievements." Maybe ask the Mayor if you ever get to shake hands with him.

If you want the full list of requirements, read the requirements on the National Immigration Administration website or, better still, the summary on China Briefing.

What's The Procedure, Where Do I Go? 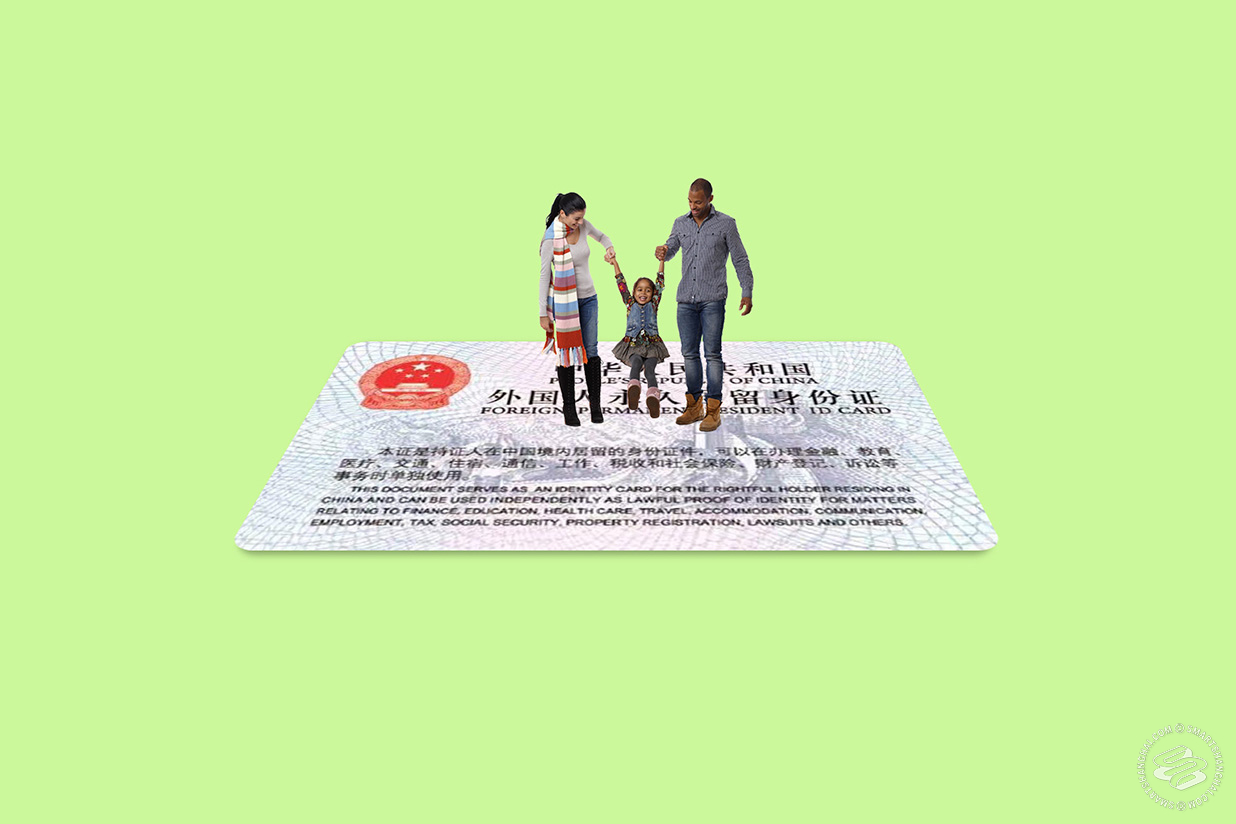 Depends; if you're going a company recommendation route, you'll want to apply wherever your company is registered. If you're married, you might want to apply where your spouse is registered. But if you're based in and work in Shanghai, you'll be handled at the Entry-Exit Bureau in Pudong. You'll arrange your six or seven documents, which include, but absolutely aren't limited to:

Once everything has been gotten together, you hand them in. You'll then probably be told you're missing this, that and the other document, specific to your particular case, which you will then have to go away and get a hold of.

Assuming you get all the paperwork together (which can take a long time), you go to the top floor, pay the 2,000rmb application fee and wait six months to process.

After which, if all goes well, you'll get your Permanent Residence Permit, which you must hold over your head and yell "for the honor of Grayskull," beginning the transformation into She-Ra. 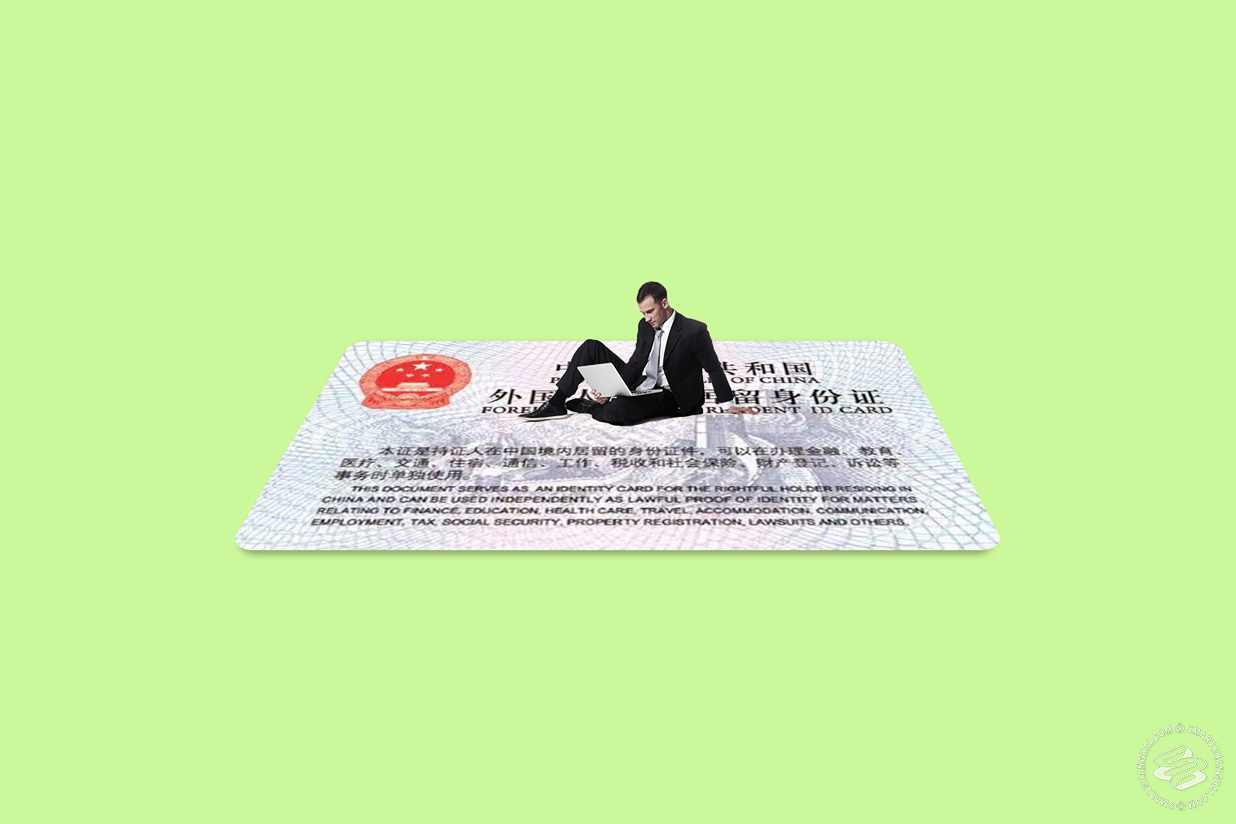 Do over-prepare documentation. From everything we've seen, read and heard, this is a highly selective process, and what documents are required is based on your particular case. Full tax records from the last five years, all previous copies of passports and visas, registration forms, company licenses, chopped and signed letters of recommendation... the principle of "better to have it and not need it" is in full force.

Do get your most difficult documents first. You'll probably need a fair number of forms from your home country, and liaising with the Chinese embassy there for their translation and notarization adds another layer of complexity. Some documents may need to be less than one, three or six months old, and you don't want to have your other documents expire while you're waiting for a notarized letter to arrive from your country.

Don't get impatient. One applicant we spoke to spent over a year getting the required paperwork together and it is a six month wait to know if you've gotten it.

Don't go it alone. Unless you're some kind of bureaucracy savant, you will need help from a native speaker, and ideally an HR person with visa experience (even though they've almost definitely never applied for a Permanent Residence Permit). There are agents that offer to help, but they seem to charge dearly for the service. Even though the Green Card is not tied to a specific company, getting your company to back you up is a good call. 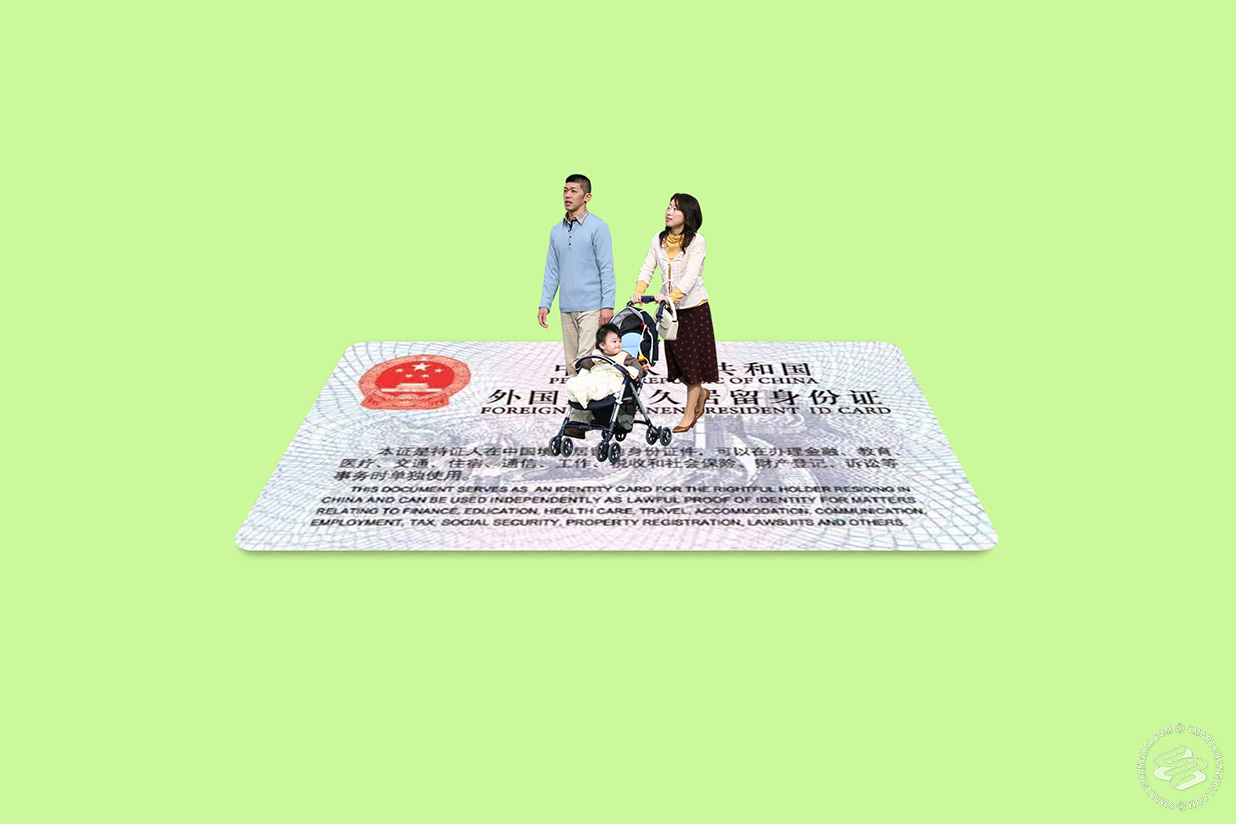 Of the handful of Green Card holders we've spoken to, the uncertainty of renewing visas every year was the number one reason for applying for permanent residence. Some also brought up the fact that if you're over the age of 60, it gets progressively harder for you to get your visa granted under the tiered visa scheme.

If you've already been in China for a while, plan to continue doing so, and meet one or more of the above requirements (senior management experience by company recommendation, the four/eight year uninterrupted residence, or the spousal requirement seem the most likely), why wouldn't you look into it?

Apart from the fact that it's hard.