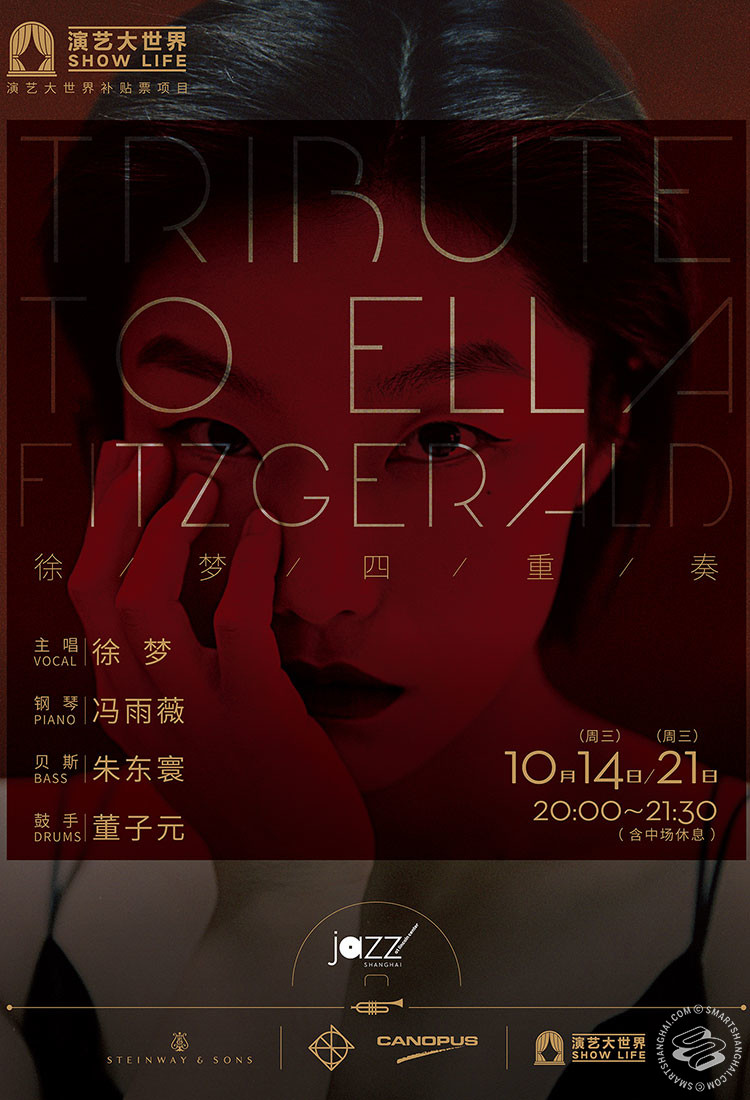 Xu Meng leads a quartet for a night of tributes to Ella Fitzgerald, one of the most beloved jazz singers in history. A professional musician, Xu Meng was trained in violin before getting interested in vocals. After graduating from the Shanghai Conservatory of Music, she starred in the Sleep No More show in 2016, and now sings for the RJ Big Band and musicals. She performs with pianist Feng Yuwei, bass player Tico, and drummer Dong Ziyuan.

A night of classic jazz from four accomplished musicians. Guitarist Lawrence Ku is an award-winning producer, best-known for his album Pictures and his other project, jazz funk band "The Red Groove Project." He is often considered one of the best professional jazz musicians in the Chinese music scene. He's backed-up by three jazz veterans: Toby Mak, an extraordinary and prolific trumpet player; drummer Chris Trzcinski has been traveling with Chinese pop singers for years; and bass player Damien Banzigou, a long-time jazz veteran from Mauritius.

Toby Mak takes his turn at the front of the stage with his quartet: throughout his career, the talented trumpet player has worked with Grammy-winners like Dee Dee Bridgewater, jazz saxophone master Chris Potter, and English vocalist Tina May. He's bringing his best sets with Lawrence Ku, respected guitarist and award-winning producer for jazz funk band The Red Groove Project, versatile drummer Charles Foldesh from the U.S, and bass player Wang Chen, an accomplished musician returning from his studies in New York. 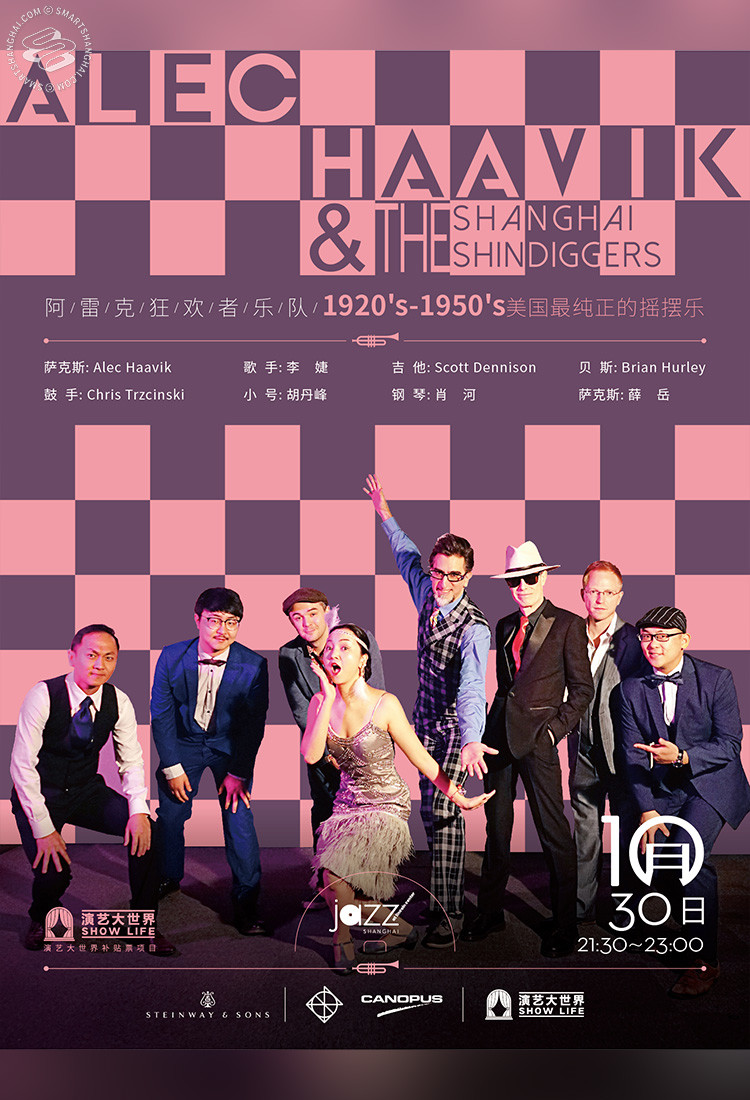 The Shanghai Shindiggers and New York sax player Alec Haavik bring you a night of pure, joyful American swing. If you haven't heard of Alec Haavik, here's our Shanghai Famous to brush up. The man's a pillar of the jazz scene. On vocals is Jade Lee, the first student accepted into the Royal Welsh College of Music and Drama to study jazz vocal and a student of Tina May. Filling out the band is guitarist Scott Dennison, trumpet player Hu Danfeng, sax player Xue Yue, Brian Hurley on the bass, drummer Chris Trzcinski, and pianist Xiao He. 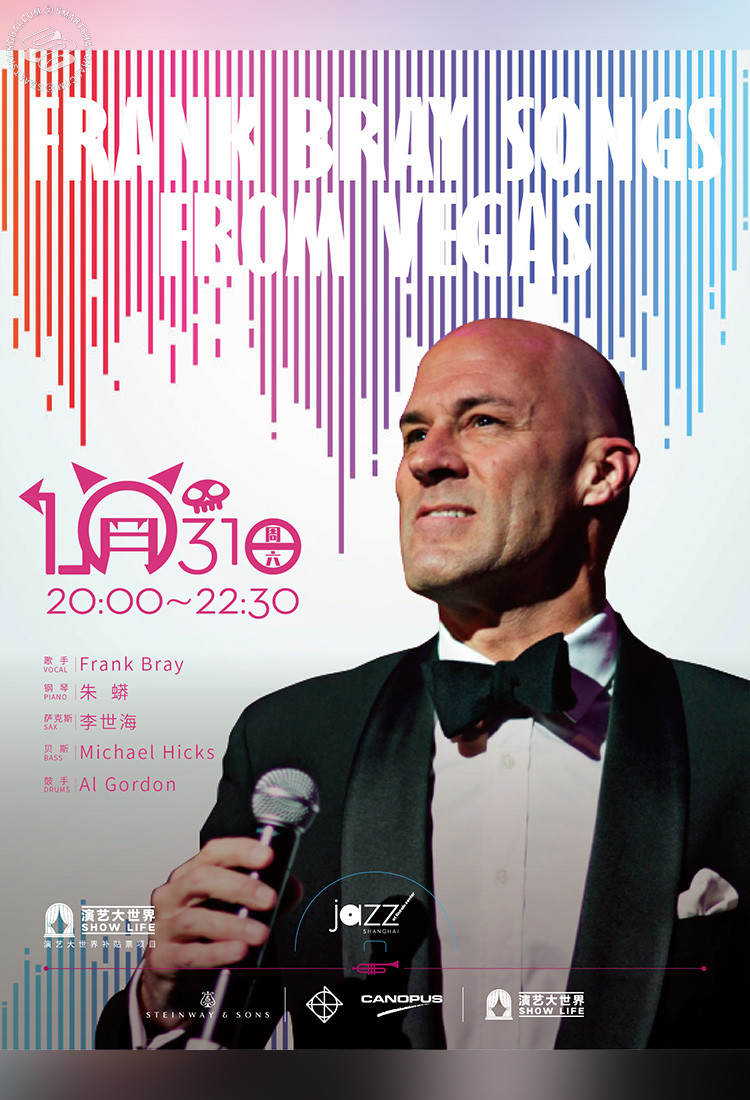 Frank Bray is Shanghai's closest thing to Frank Sinatra. Starting out singing at only age 6 and a graduate of the Mountain View College with background in musicals and the theatrical arts, the American vocalist has been performing on stages all over the world for over 20 years. He's bringing a Vegas song list to Jazz at Lincoln Center for one night only with a quartet of accomplished local and international musicians as back up.