12 Happy Hours We Personally Recommend for the Holidays

More ways to get horizontal on a budget.
By Alex Panayotopoulos Sep 25, 2020 2020-09-25 Nightlife
We're coming up on a solid week-and-a-bit long stretch of holiday, which means you don't need to be in the office early in the morning, which means you will want to drink. Naturally. Here are twelve recent (and semi-recent) Happy Hour and/or drink deals deals that we've enjoyed indulging in recently. Happy libations! 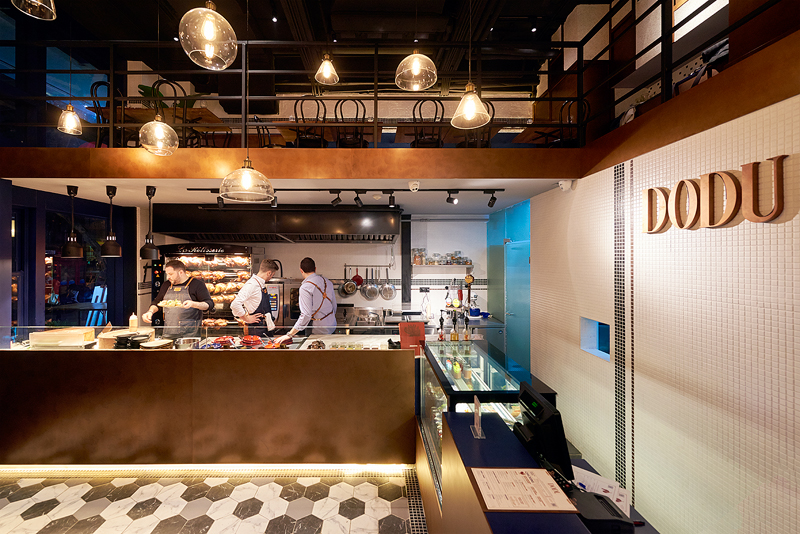 Why It Doesn't Suck: Pastis is an acquired taste, but it's rare in the city and 25rmb a pop for Pernod Pastis is not a bad deal. If you're not into that, it's hard to complain about 35rmb Vedett and beer and wine by the glass, but the appeal is cheap pastis to go with your French rotisserie chicken dinner.

PHO TO SHOP by Cyclo 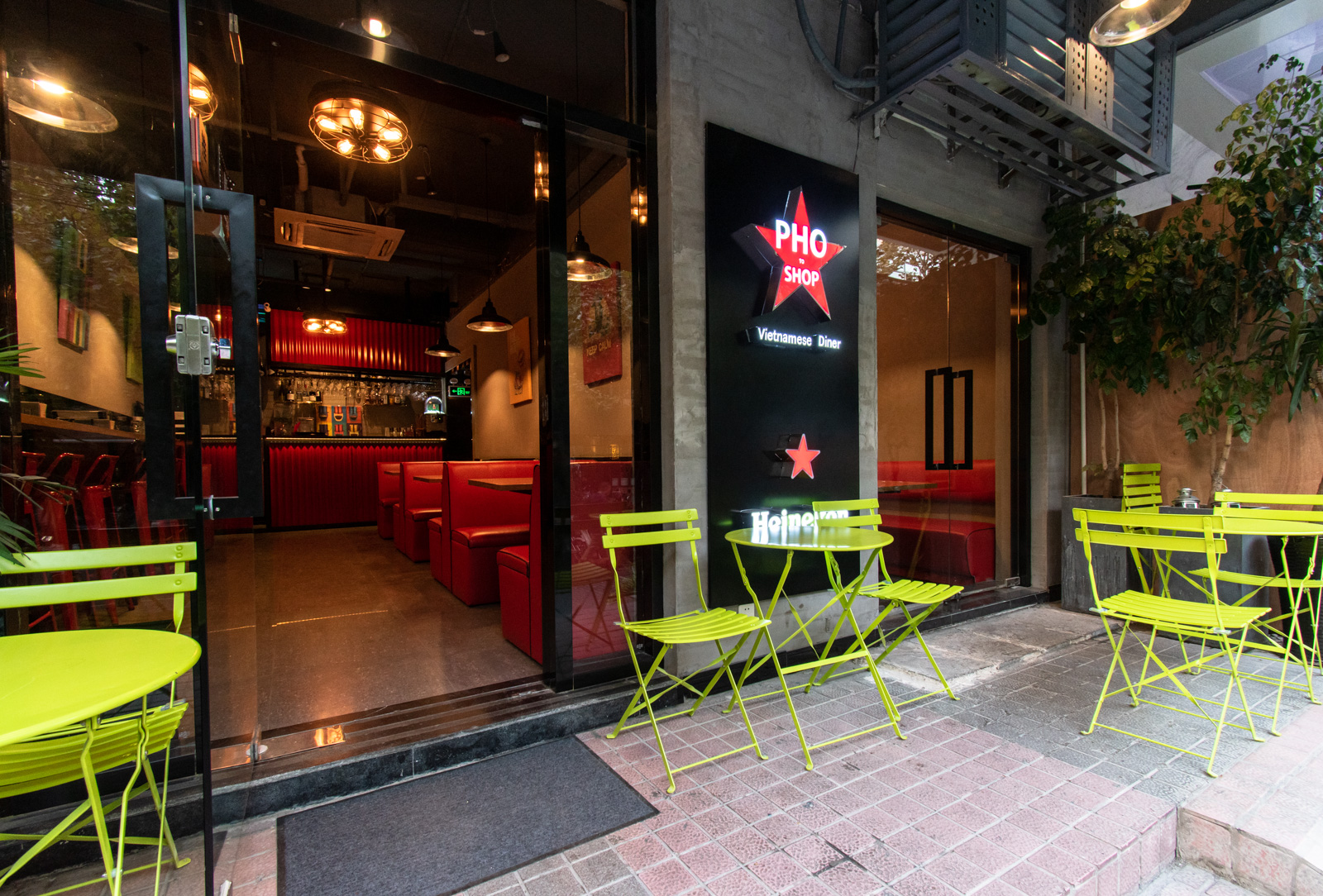 What's the Place: A casual Vietnamese diner right on the busiest portion of Wuding Lu, from the owners of Cyclo. Simple menu Vietnamese best hits. Cheap, cheerful, and with a good view of the sidewalk.

Why It Doesn't Suck: Mexican Lager SOL's uber-lightness is in its favor: at 88rmb and a regular price of 25rmb a bottle means you'd have drink 3.5 bottles to break even in two hours. With a stouter beer you might struggle. With SOL, you could manage six, seven, even eight. Get the 38rmb popcorn ice-cream as a beer snack, grab a seat out on the terrace and get a Rear Window style show from Sip and Bites x Brews across the street. 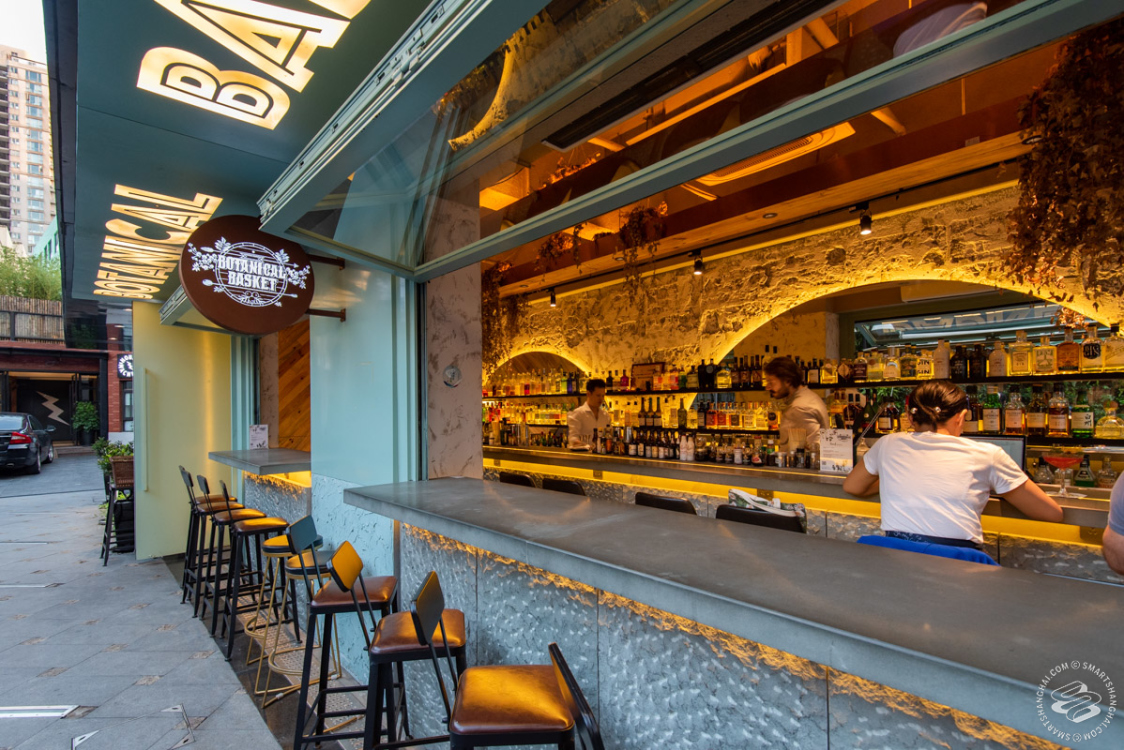 What's the Place: Little one-bay cocktail bar on Wuding Lu that stocks their back wall with a couple dozen house-made variations on vodkas and gins. Cocktails are on par for the area price wise, and a couple notches over in terms of quality. Mostly outdoor seating.

What's The Deal: On Mondays from 6pm-midnight, it's buy one get one on Negronis. Or they have a g'n't happy hour on Mondays, mixing your choice of house-infused gin for 48rmb (normally 68rmb).

Why It Doesn't Suck: They like gin, and they do gin well. Hence, Negroni. Or g'n't. Either or. The bar staff is friendly and it's a great corner spot from which you can continue to indulge in your Wuding/Yanping vices. Good way to start a date night. 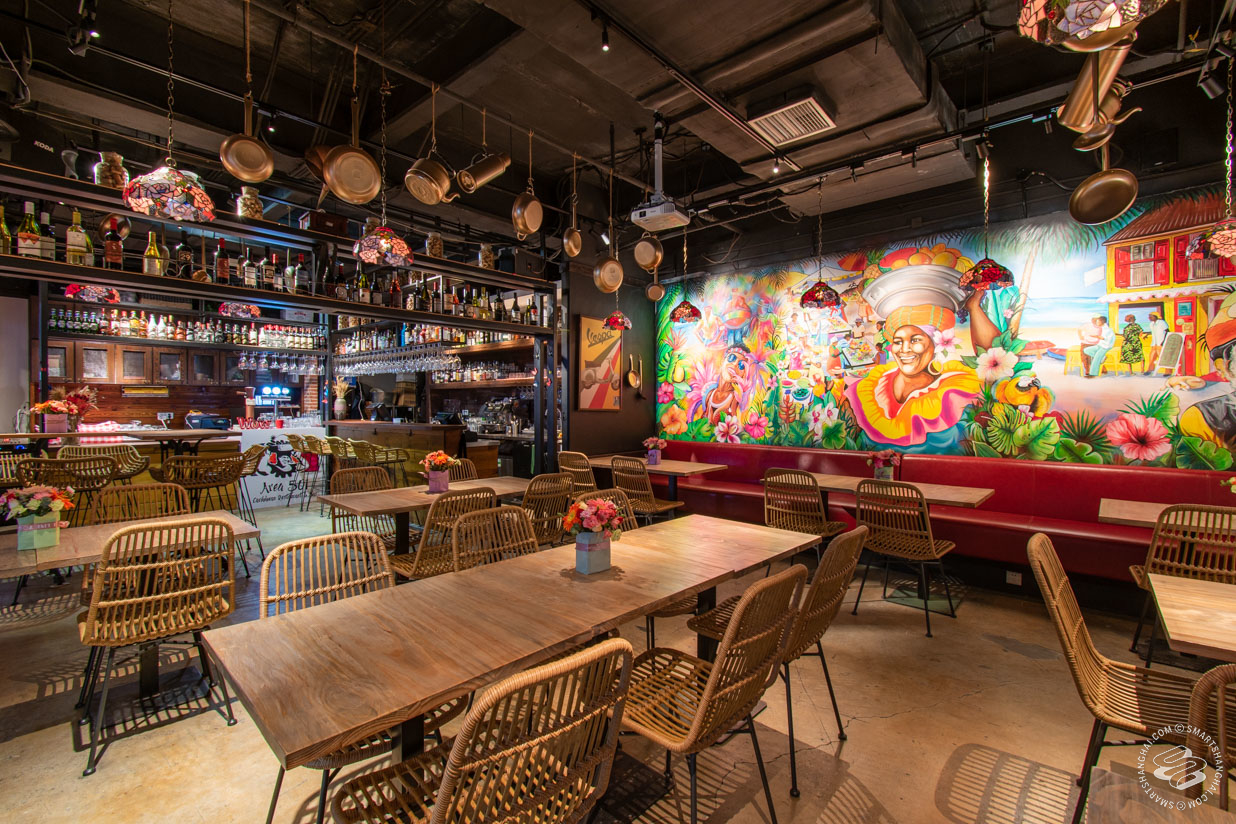 What's the Place: Possibly the city's only place to get Caribbean food, specialty rum drinks and a vibrant island vibe. Bit off the beaten track, but worth it for their jerk chicken, rice & peas, Caribbean fish stew, spicy chickpea curry, and cassava pone.. as well as rum and the jello shots.

What's The Deal: Every Saturday from 5-9pm, it's two-for-one on rum cocktails. Free Jello Shots all night. Reggae, Dancehall & Afrobeats.

Why It Doesn't Suck: Come for the cocktails, stay for the free jello shots, which are a house-made specialty and lethal in sufficient doses. Play on hard mode and combine it with their Soca & Brunch. 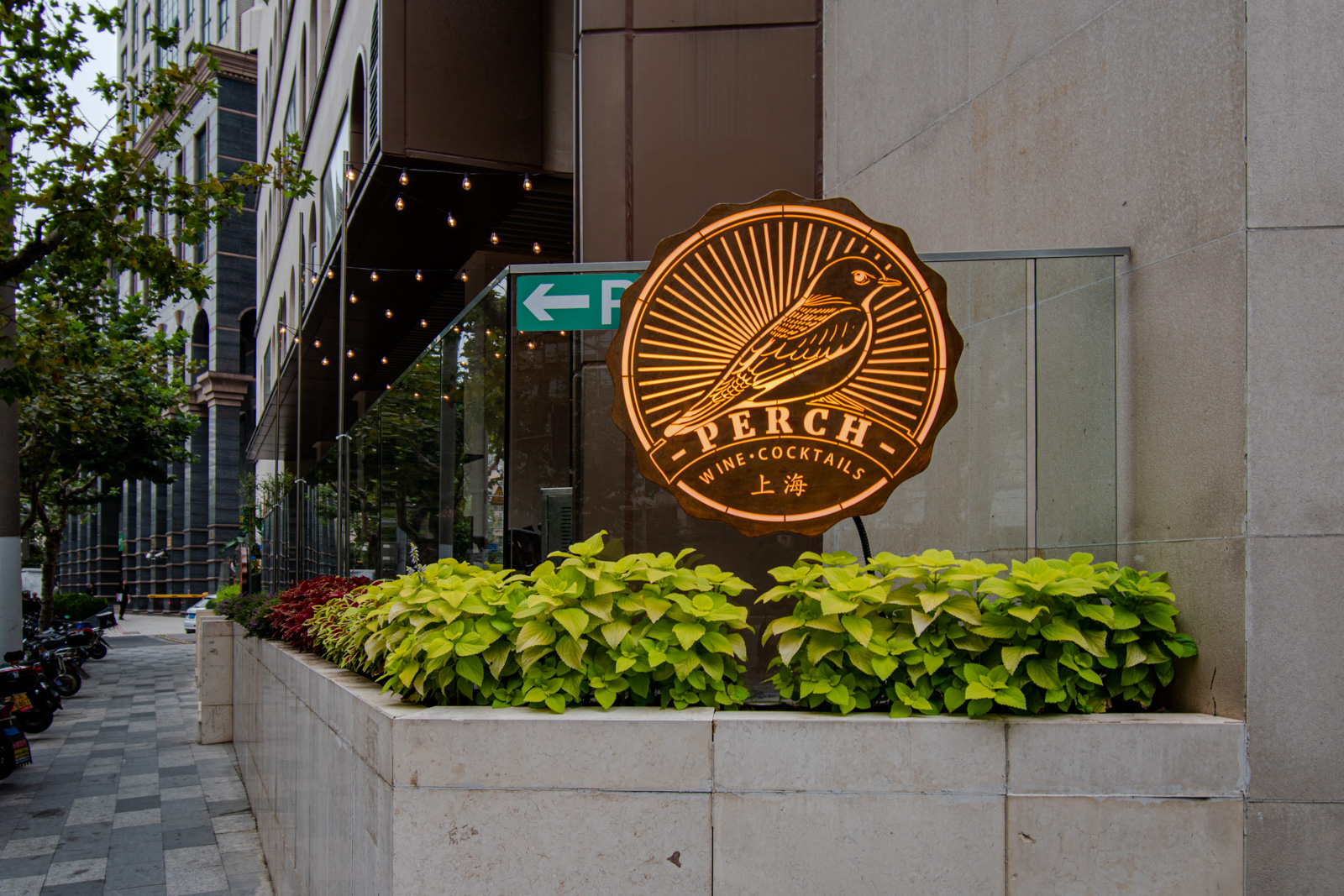 What's the Place: A patio offshoot of a popular Shaanxi Lu bar with a more sedate atmosphere. Like a Rooster for wine drinkers. They have cocktails on tap, wine, and food mostly meant for sharing. Date night or after-work drinks vibes at the indoor bar, with a large, raised and surprisingly sunlit outdoor terrace good for groups.

What's The Deal: Every day from 5-7pm, it's 88rmb for an entire bottle of red or white La Valentina.

Why It Doesn't Suck: Because it's an entire bottle of wine for 88rmb. That's like... Kedi prices. 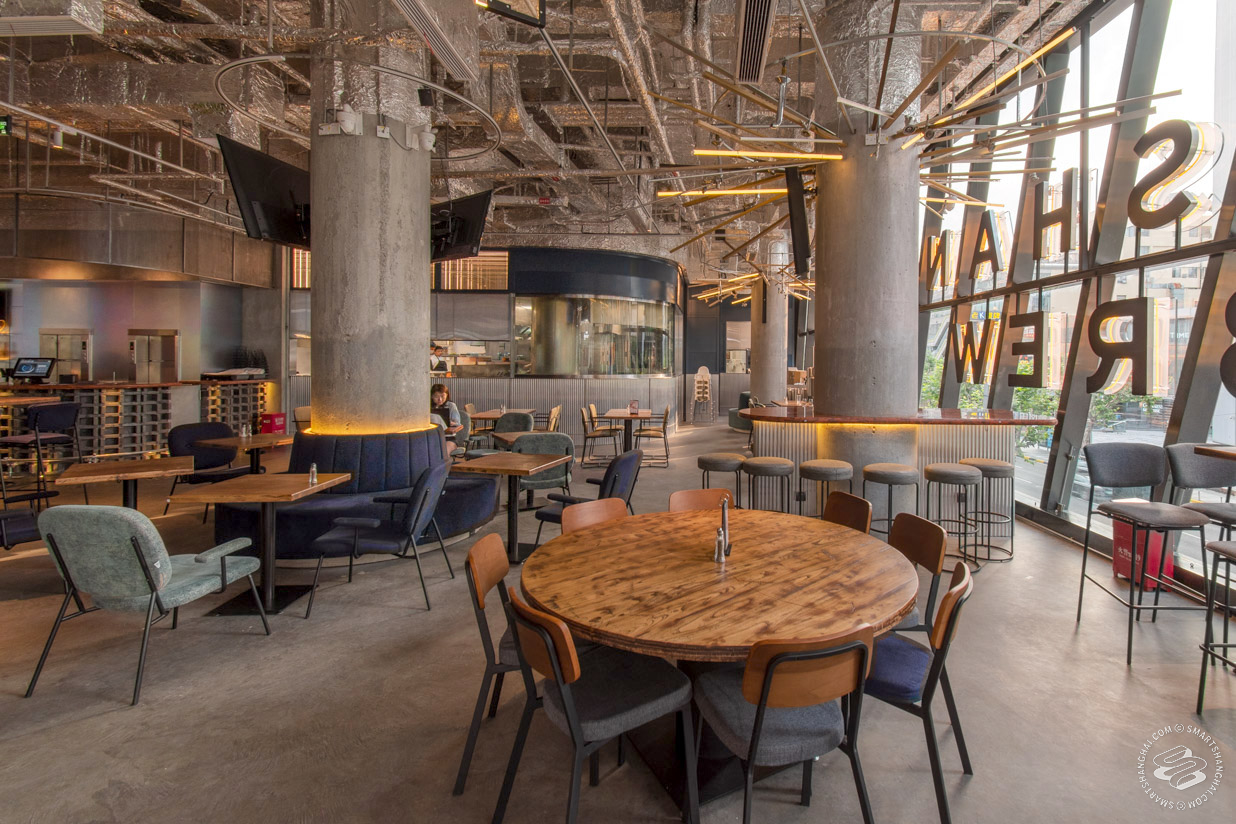 What's the Place: Part of a popular brewpub chain spread over two stories right across from Jing'an Temple. It's a gastropub; just enough craft-beeriness to avoid being soulless, but not so much that they charge an arm and a leg for a pint. Even has a little terrace with a nice view of Jing'an Temple. Friendly, reliable option for lunch and a beer.

What's The Deal: Selected drinks are free for women from 5-10pm on every Wednesday.

Why It Doesn't Suck: It's downtown, it's decent, but most importantly, it's not as fraught as a free-drinks-for-ladies night would be in, say, a nightclub. What's the Place: German craft brewery down in the Sunken City, with beers and cider on tap. They have some exceedingly beer-friendly German pub food like curry wurst, schnitzel and goulash.

What's The Deal: Beer night every Thursday with a two-hour free flow of beer with buffet from 6-8pm for 128rmb per person.

Why It Doesn't Suck: Not many things could convince me to go into Found 158, apart from two-hour free flow with a sausage and fried chicken all-you-can-eat buffet. Few ways to pack your stomach out more efficiently. 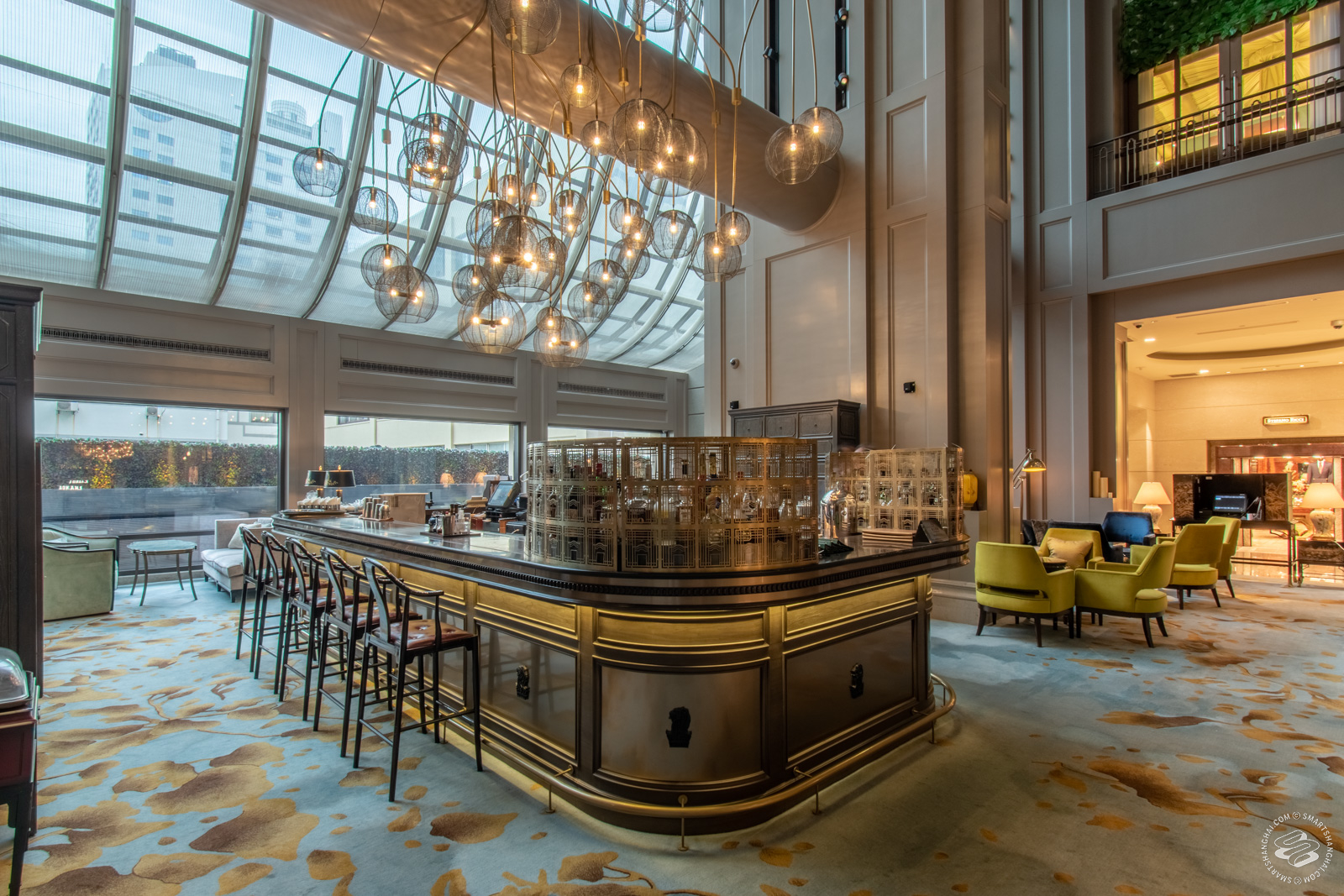 What's the Place: The Ritz Bar & Lounge in the Shanghai Center combines Art Deco elements with the finest in hotel lounge chic. Clientele is mainly hotel guests and well-heeled locals, keeping the environment laidback and good for conversation.

What's The Deal: Every day from 5-10pm, it's two hours of unlimited beer, house cocktails and red and white house wine for 138rmb per person. Only valid until September 30!

Why It Doesn't Suck: Classiest venue on this list but probably has the best deal; you'd only have to drink two cocktails to break even, and you should be able to manage at least double that in two hours. Each table gets a complementary snack platter, too. 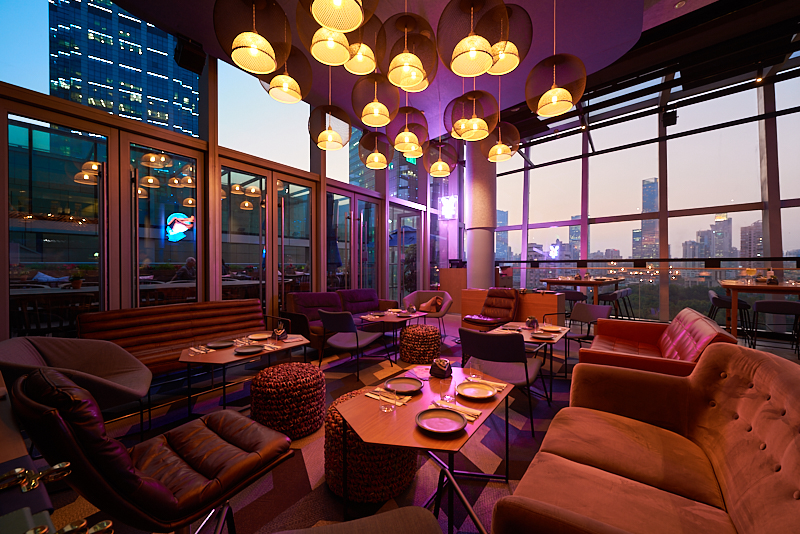 What's the Place: The rooftop above The Cut is an upscale casual lounge thing aimed at a young professionals crowd. Good spot for an after-work crowd. One of the nicer terraces in the city.

What's The Deal: Drinks from 40rmb all day everyday for the month of September. Starting October 1 it changes to 5pm-8pm.

Why It Doesn't Suck: Not as good as it could be, since the BKK and Berry Tonics cost 50rmb and not 40rmb under this deal, but The CUT Rooftop retains excellent views and very acceptable sangria and spritzes for 40rmb, 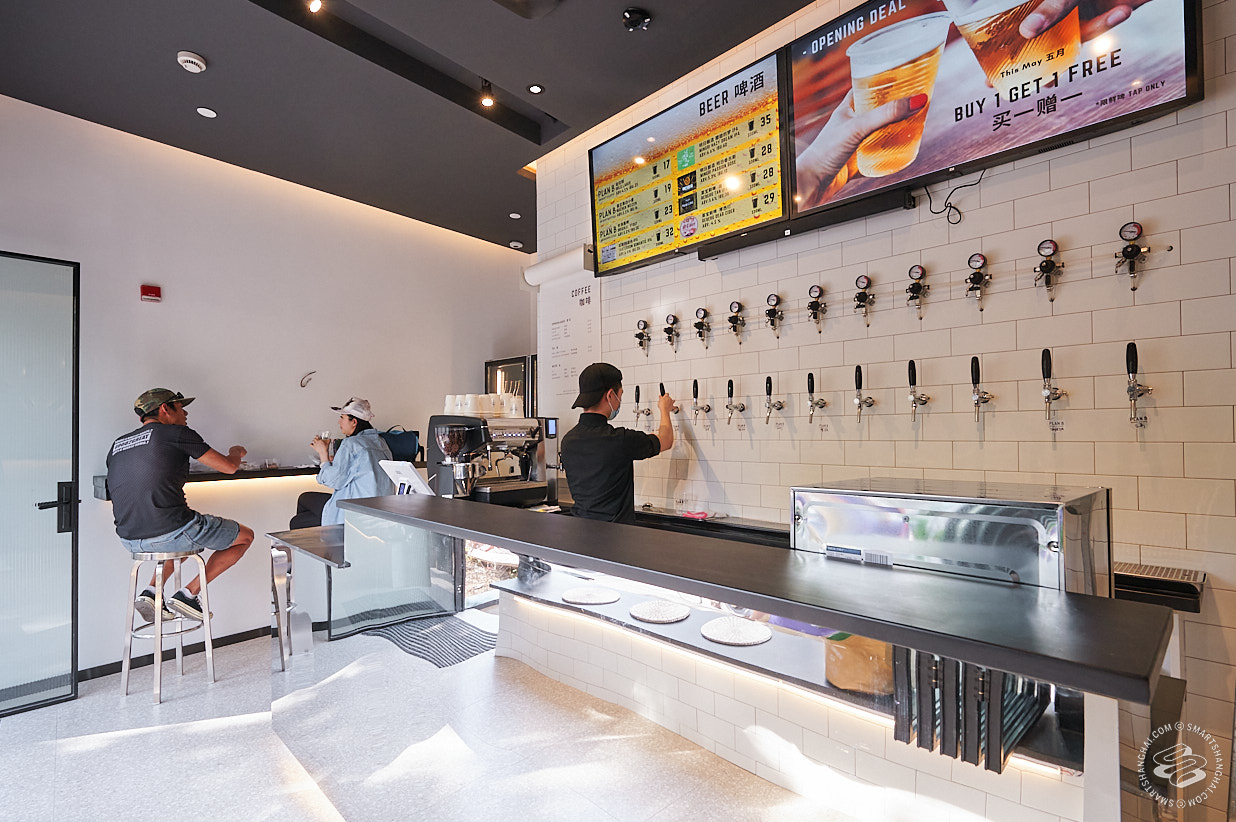 What's the Place: Smallish tap- and coffee-house from an independent microbrewery. Their own so-so draft beers go for under 20rmb. Good for some classic stoop drinking in the warmer months.

What's The Deal: Every day from 4pm to midnight, it's buy-one-get-one on three of their under-25rmb Plan B beers.

Why It Doesn't Suck: High likelihood that this business model is totally unsustainable, but for now, 10rmb for 330ml of Gold Lager, for eight hours? Yes please. Plan B's beers are so-so, but the Weizen is pretty good! Go while the weather's still good enough to drink on the street. What's the Place: A second option in The Pit, El Santo is the Camel Group's ode to tacos and tequila. It has kind of a cantina vibe to it. An order of tacos is basically mandatory with any visit.

What's The Deal: Every Tuesday night it's 20rmb selected tacos and 20rmb Corona beers, from 4-10pm.

Why It Doesn't Suck: El Santo does have a 50% off everything on Wednesdays, but I like the Taco Tuesdays deal because 1) it attracts a better class of human, 2) tacos and Corona go very well together, 3) there's no time pressure or minimum break-even point. You can have just one or two of each and you're already saving money. 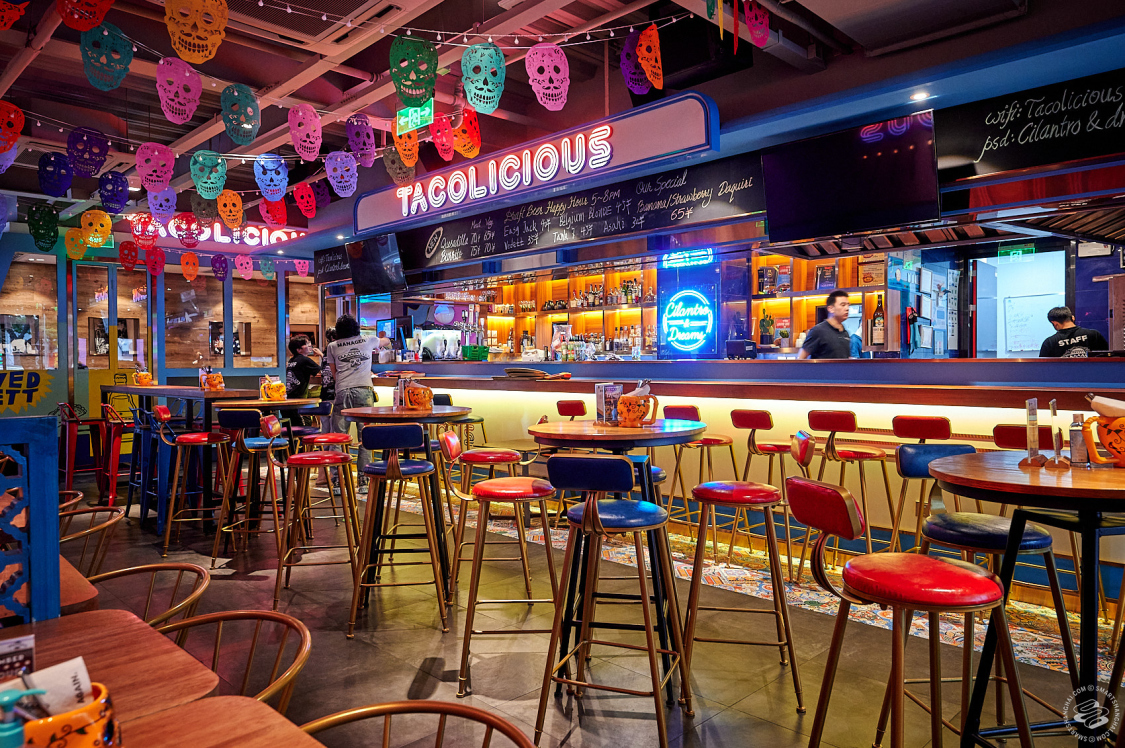 What's the Place: The new and improved home of the double-shell tacos (hard shell inside, soft shell outside) in meat/vegetarian/vegan options. Bigger, better, now with more cilantro.

What's The Deal: Every Thursday from 6pm to close, get your frozen margaritas for only 40rmb.

Why It Doesn't Suck: A very fiscally responsible way to be profoundly irresponsible on a Thursday night. Frozen margaritas go even better with tacos than Corona, they come out quick, and at 40rmb, it's a steal.

*
Looking for more Happy Hours? We have a whole section for happy hours in our Deals section. Does your venue have a happy hour you'd like to get up on the Deals section? You can submit it right here.