What Does Brewdog's "Cathedral of Craft Beer" Look Like?

The Scottish brewery finally makes it over here.
By Alex Panayotopoulos
2020-11-19 12:00:00
Photos: Brandon McGhee
On The Radar: On the Radar is a SmartShanghai column profiling new restaurants, bars, and other new places you might like to know about. Sometimes we stumble across these venues and sometimes... we are invited. As such, these are our first impressions and not a formal review. 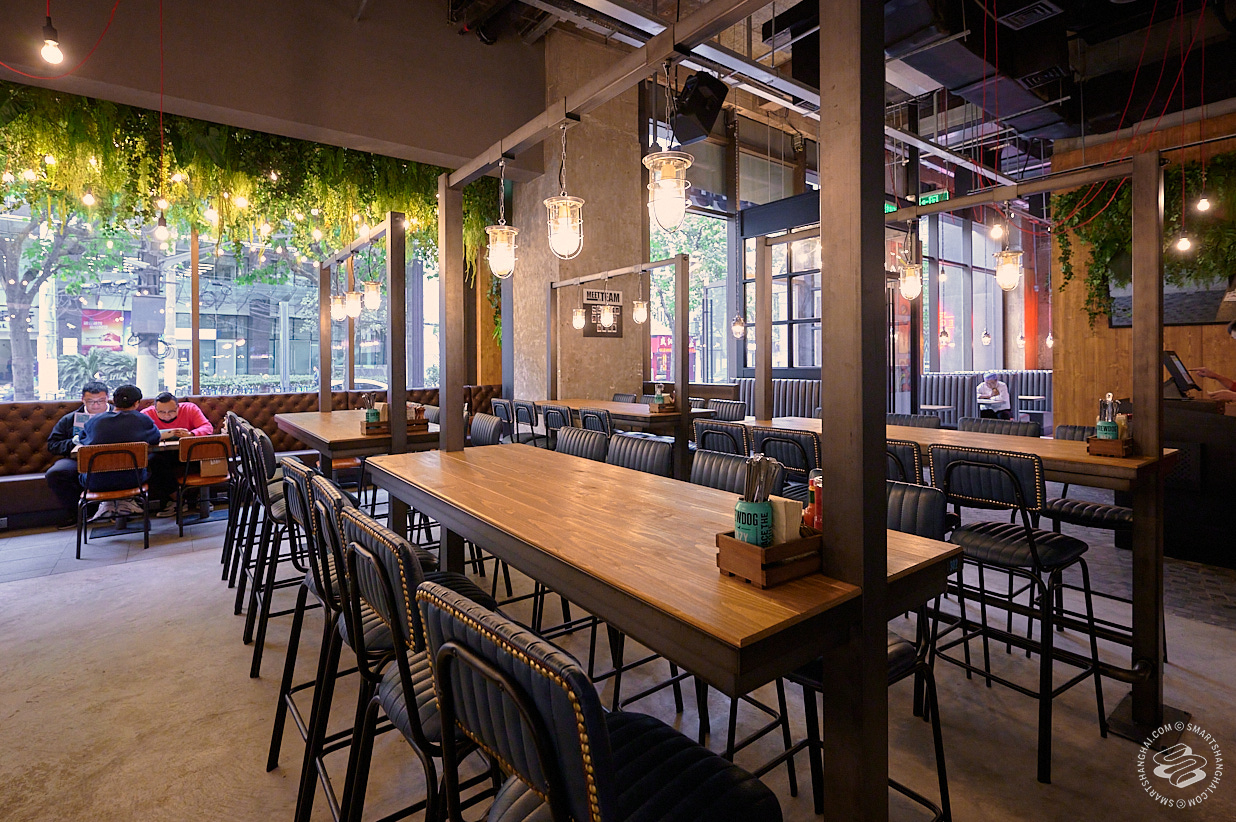 What It Is: Late, is what! Brewdog has been one of the big names in craft beer for a while, hip-thrusting its way onto the scene in 2007 as the unpretentious, authentic, underdog punk alternative, hurling expletives at more established brands. For a long while, it was also the standard craft beer brand you'd find on the shelves of any self-respecting beermart in Shanghai, back when there were only a handful of those. 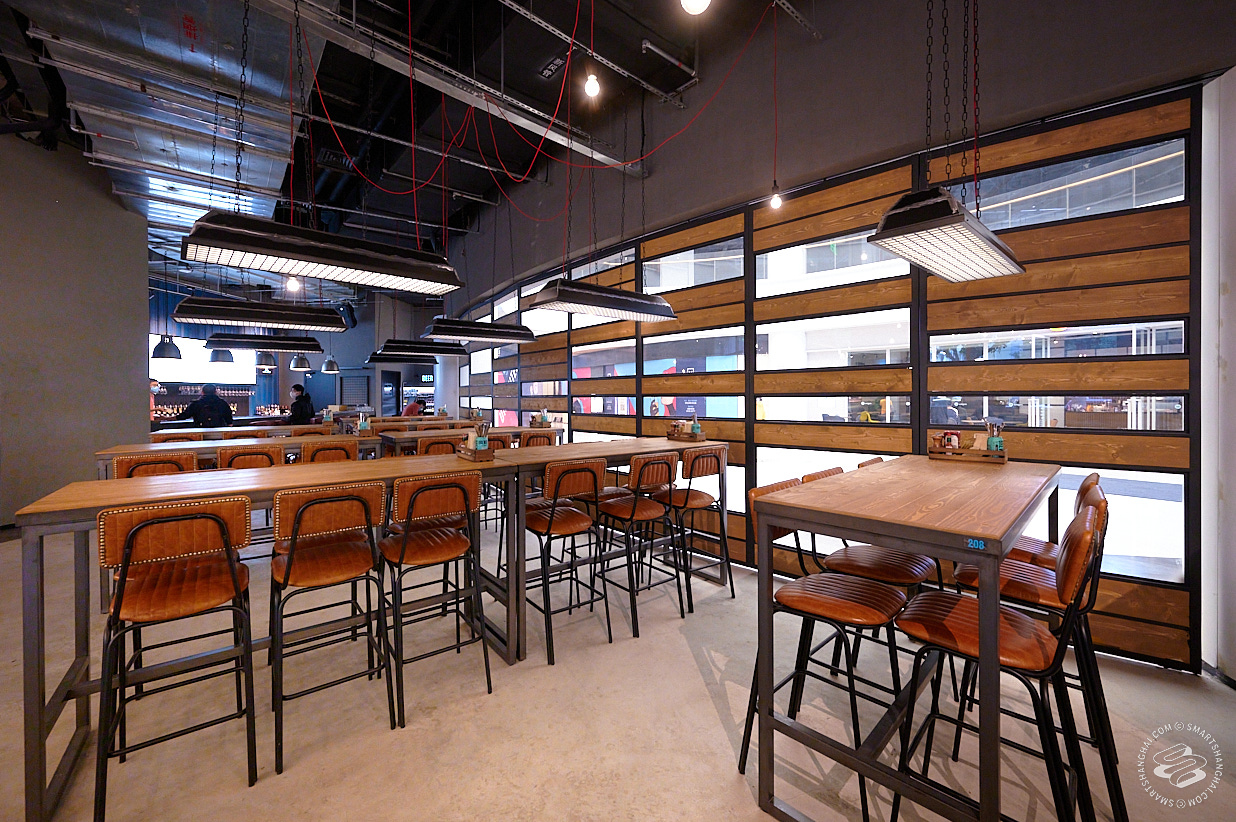 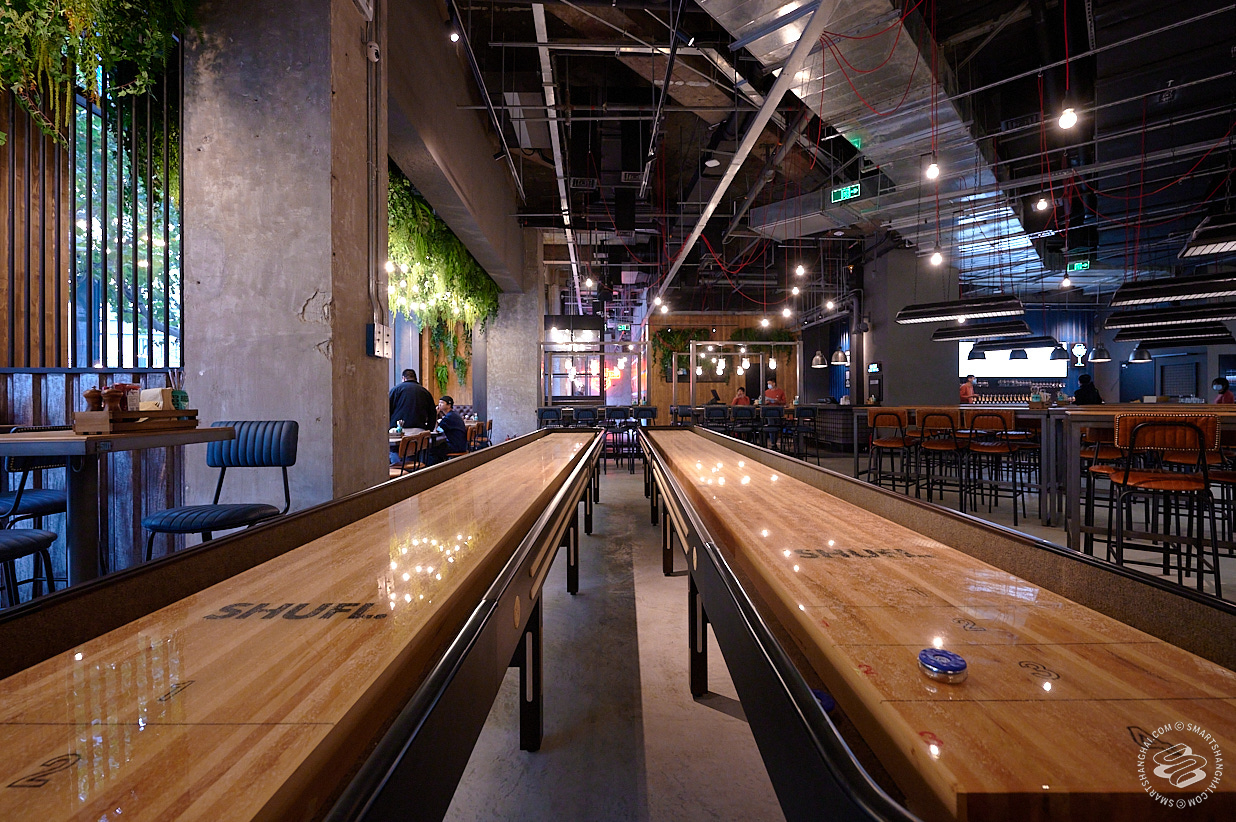 That popularity and brand recognition was inevitably going to result in something — anything — opening in China. A place in Changzhou even tried to pre-empt them in 2013. The only thing surprising about their announcement back in early 2018 to open a brewpub in Shanghai was just how long it had taken them.

Then nothing happened for nearly two years, then this year happened, then a hoarding in a refurbished mall near People's Square went up, then talk of a July opening, and after the usual four-five month delay to anything opening in Shanghai, Brewdog is finally — finally — here. 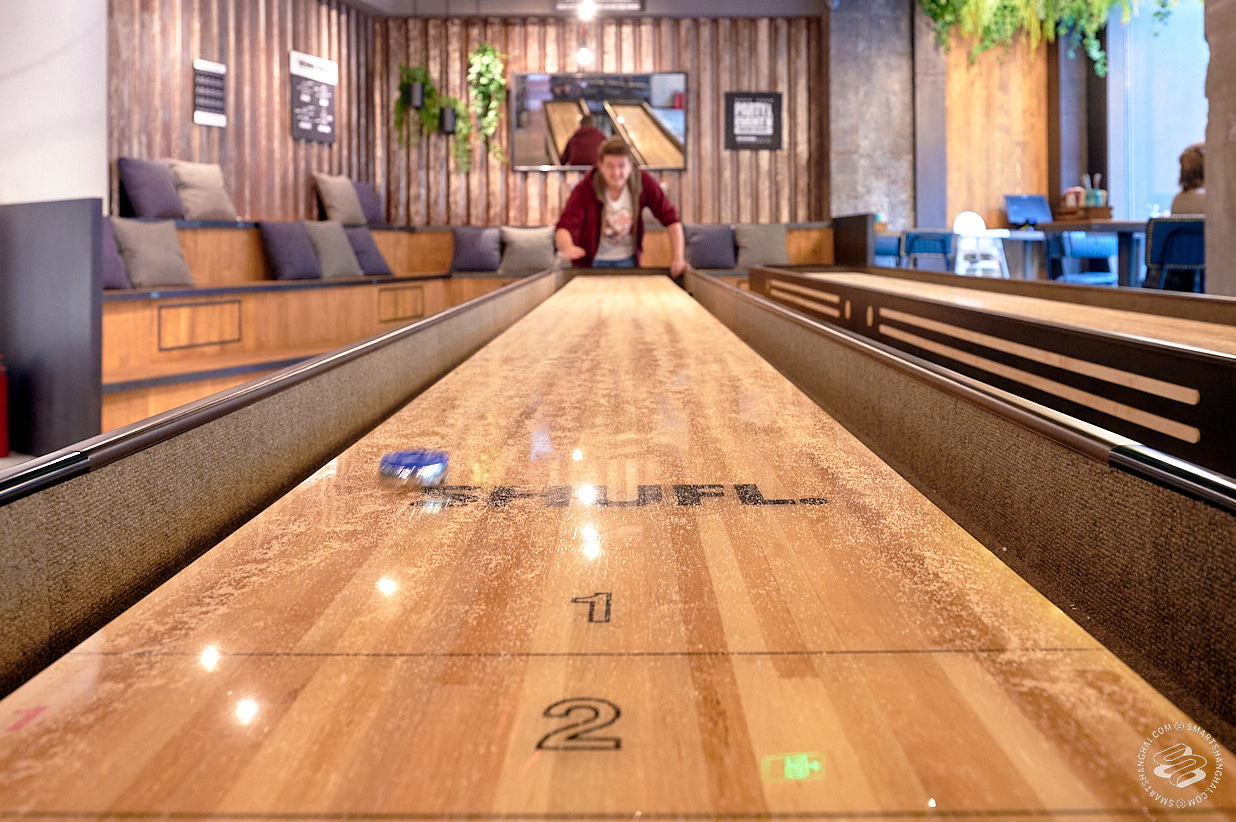 What does a "motherfucking cathedral of craft beer," as they described their bars to the copycat in Changzhou, look like after two years in development? It's big. It's wooden. It has leather chairs, bare Edison bulbs and lots of taps. It has a Beer To Go fridge. It has the finest shuffle boards I've ever seen. It has "community owned" and "independent" above the beer-board.

Mid-sized pub menu of gut busting burgers, "loaded" fries (fries with buffalo sauced chicken strips on them) along with some decent-looking salads, and, sadly, no deep-fried Mars bars that I could find. 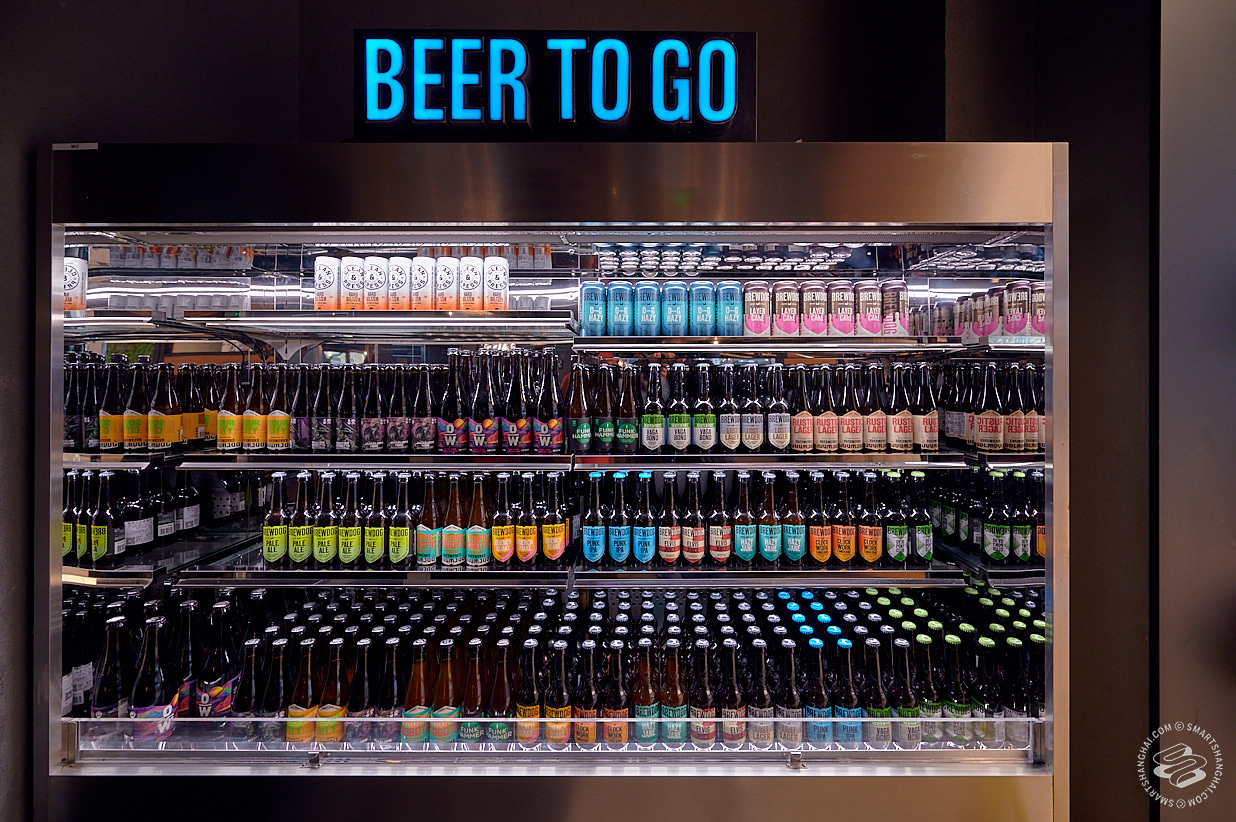 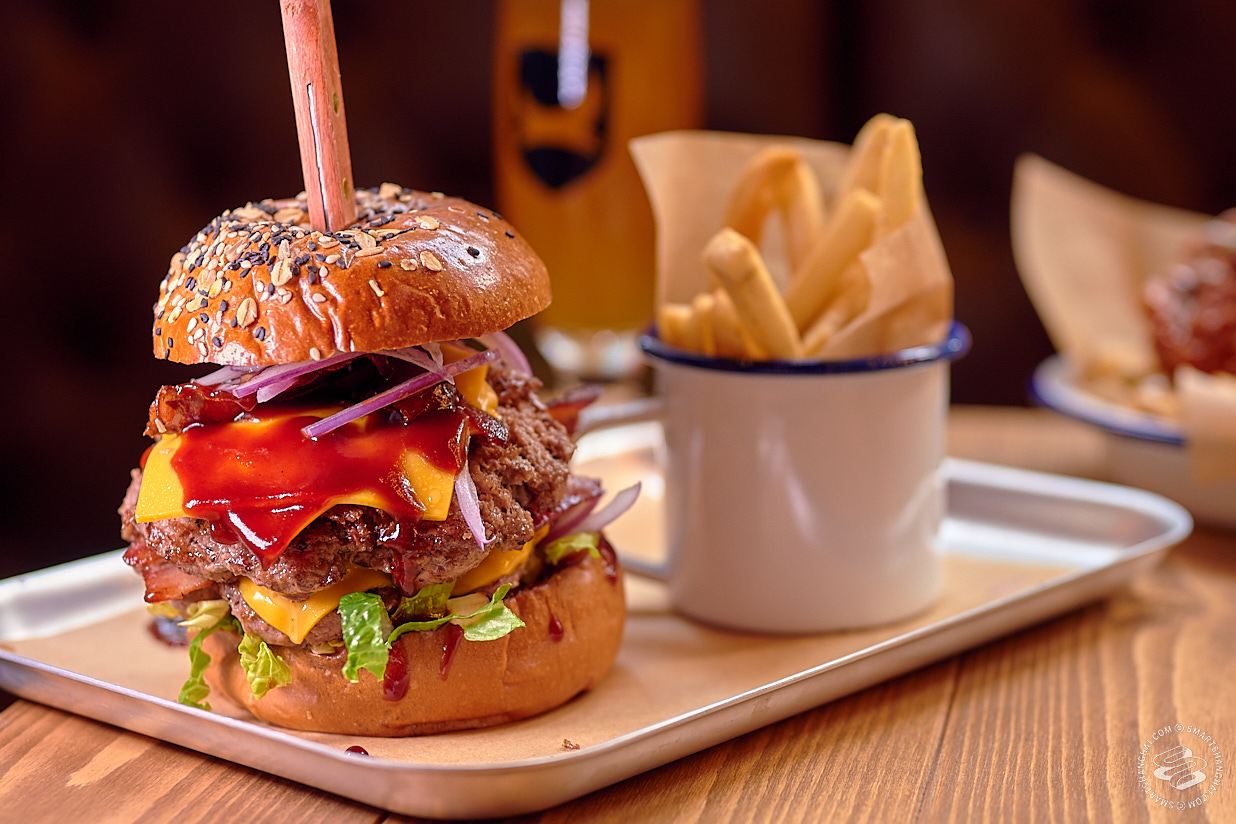 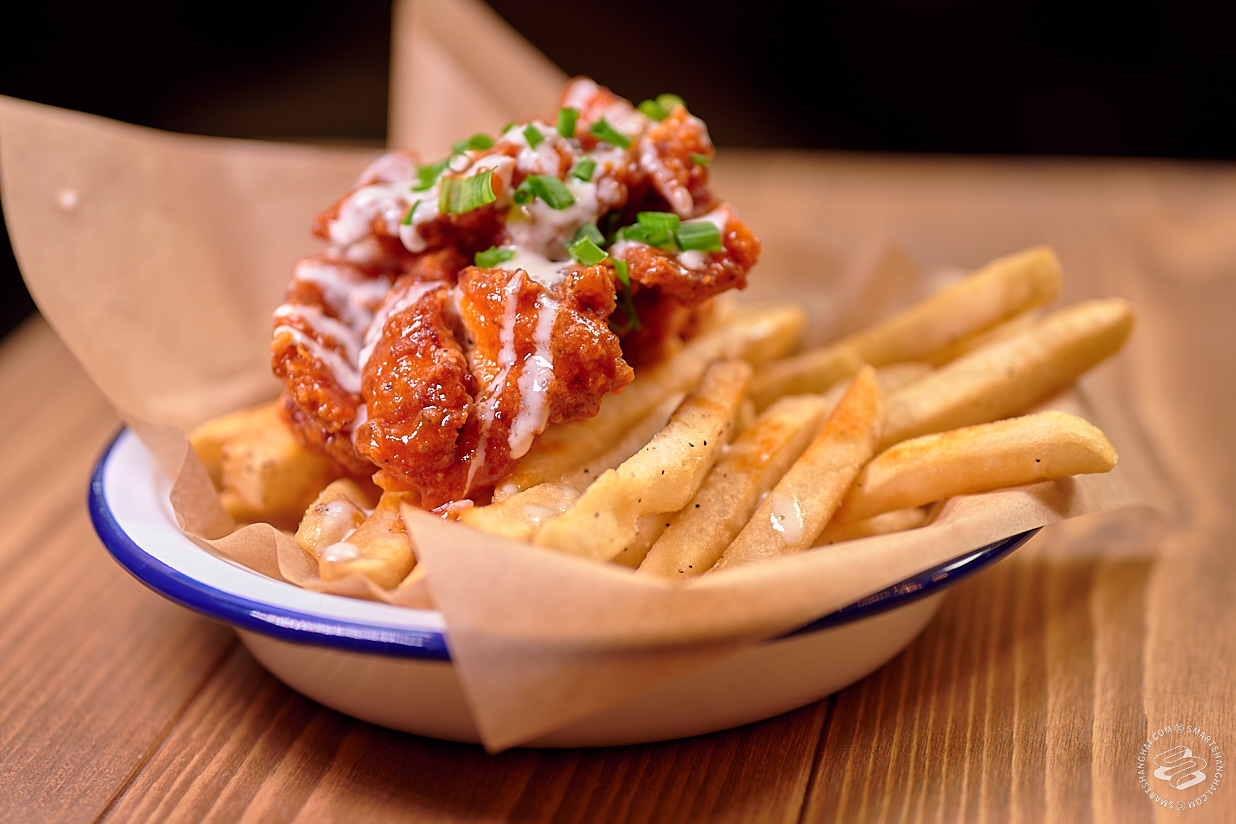 But we're here for beeeeeer and they have plenty of beeeeeeeeer. 28 taps behind the bar with 22 varieties on the big board above them, split into types. Beermart veterans like Punk IPA and Dead Pony, but also Cocoa Psycho imperial stout and the barrel aged Paradox Islay. Seven guest beers available right now. Prices for the daily taps don't go above 65rmb for 500ml. Many also have an option for a 175ml thistle glass, and they're happy to give you tasters. They seem to update their taplist on their website, which is a cool feature. 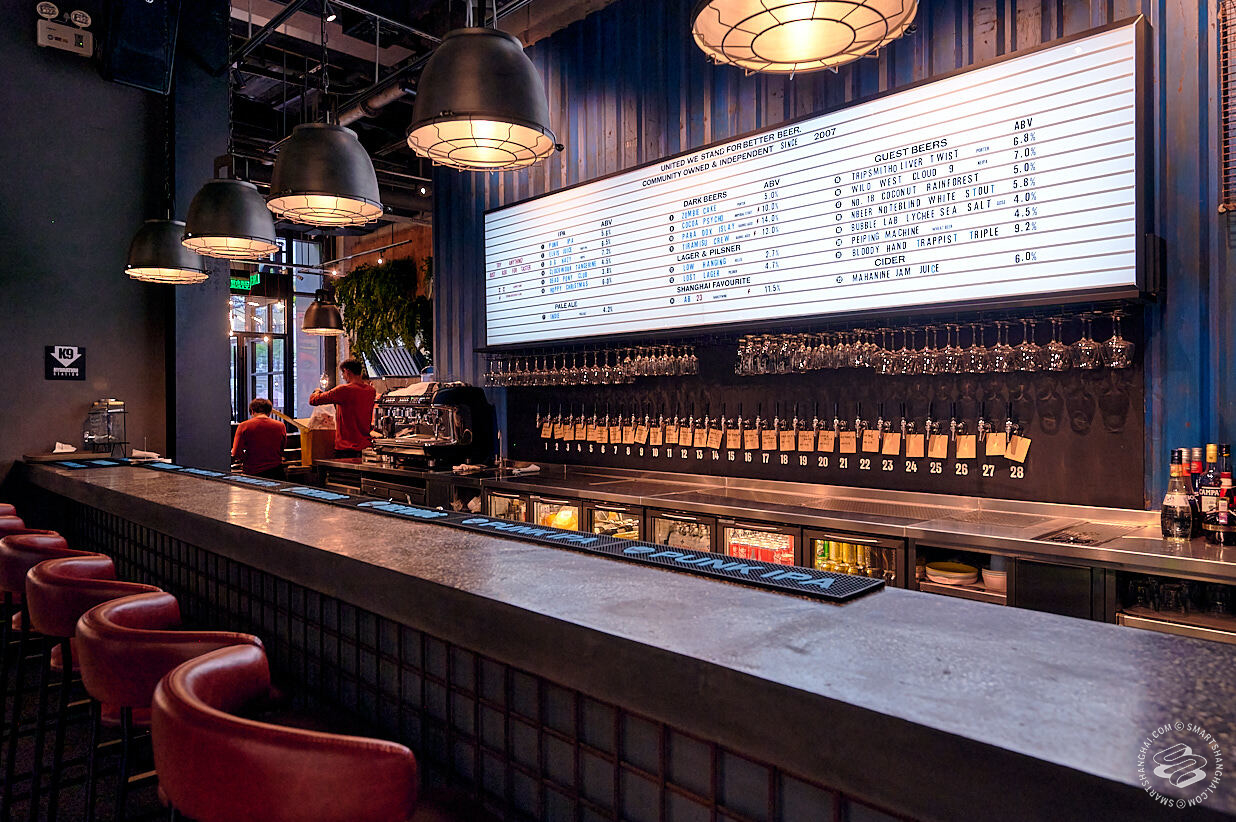 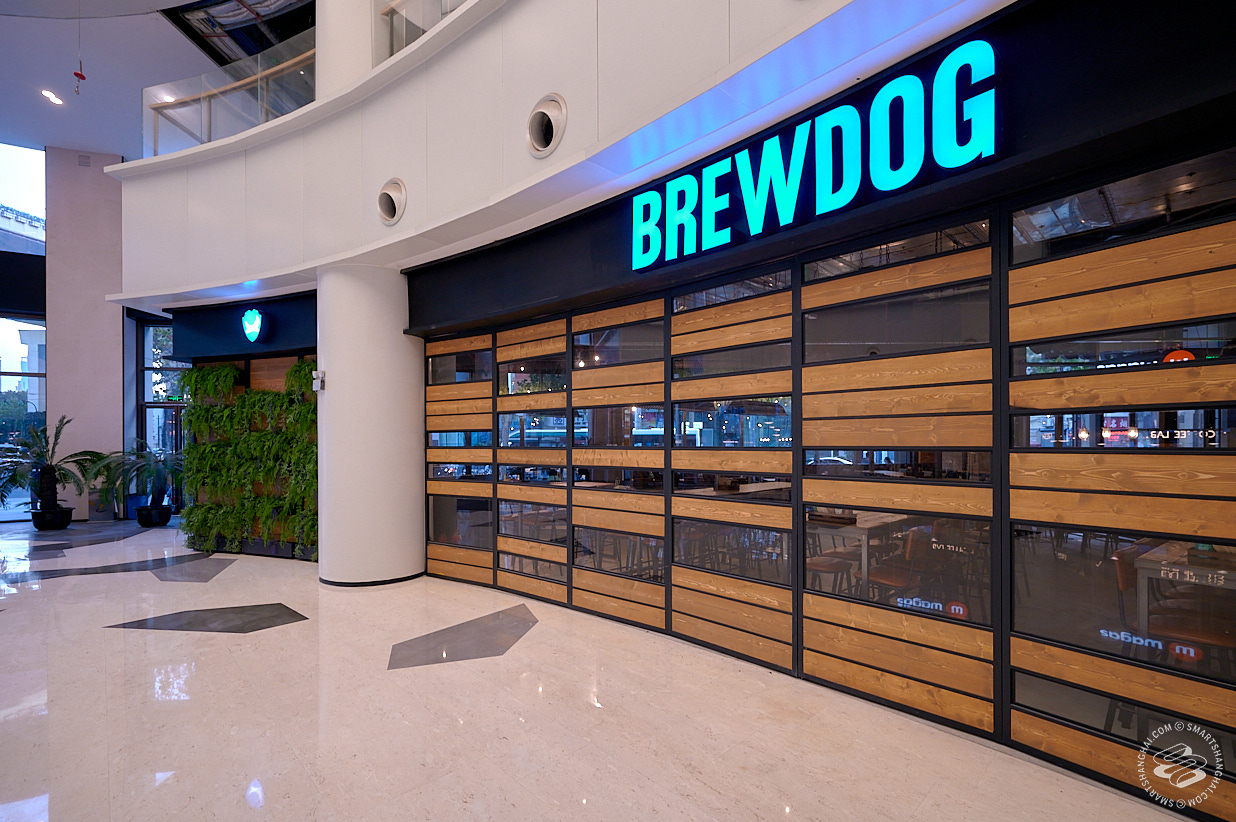 First Impressions: What a competent brewpub. Absolutely a-okay. Big, clean, bright. Lots of taps. Beautiful shuffle board. I'm sure it'll do fine. It's a big branded Western brewpub underneath a WeWork in a busy part of town, and as a place for a big pint of beer and a burger that'll get you one clogged artery closer to your maker, it's fine. 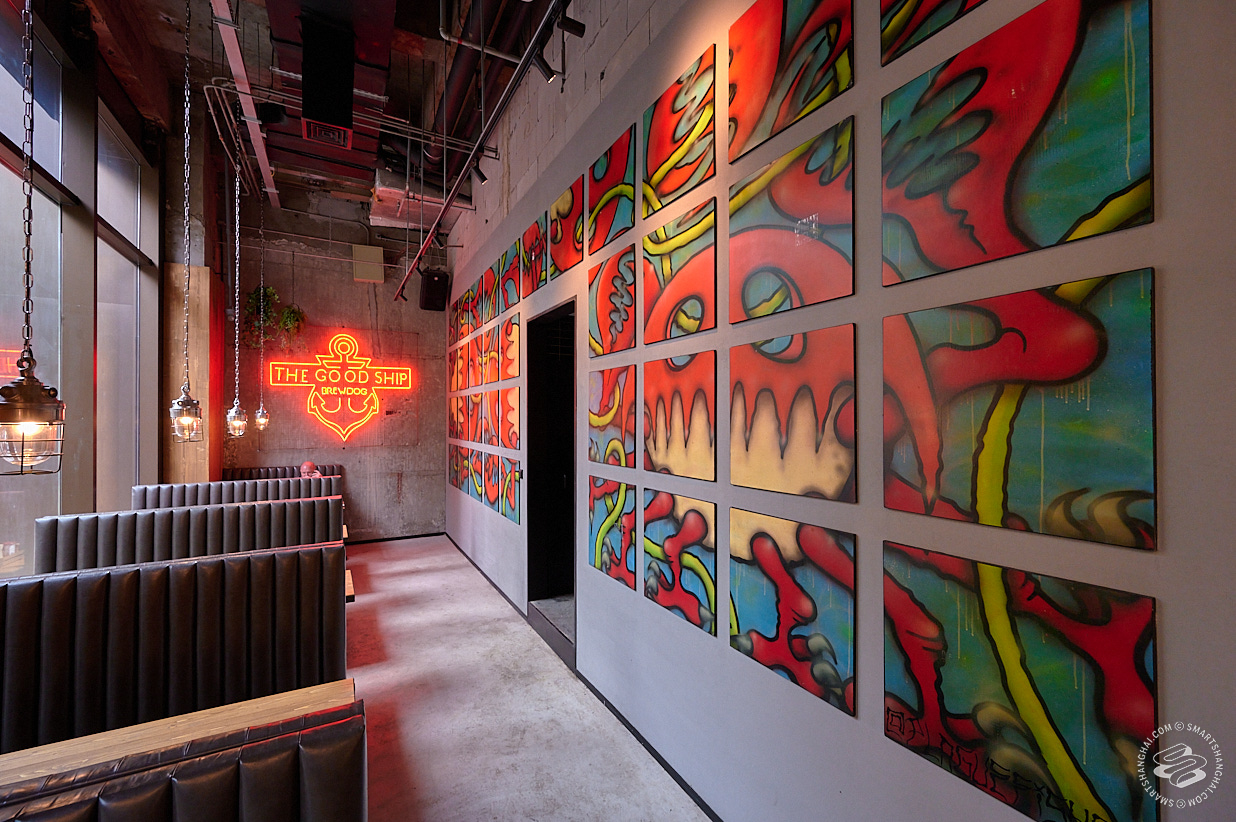 But when you slap a giant logo everywhere and put "craft beer for the people" on your glassware, we have to talk about the brand a little bit. 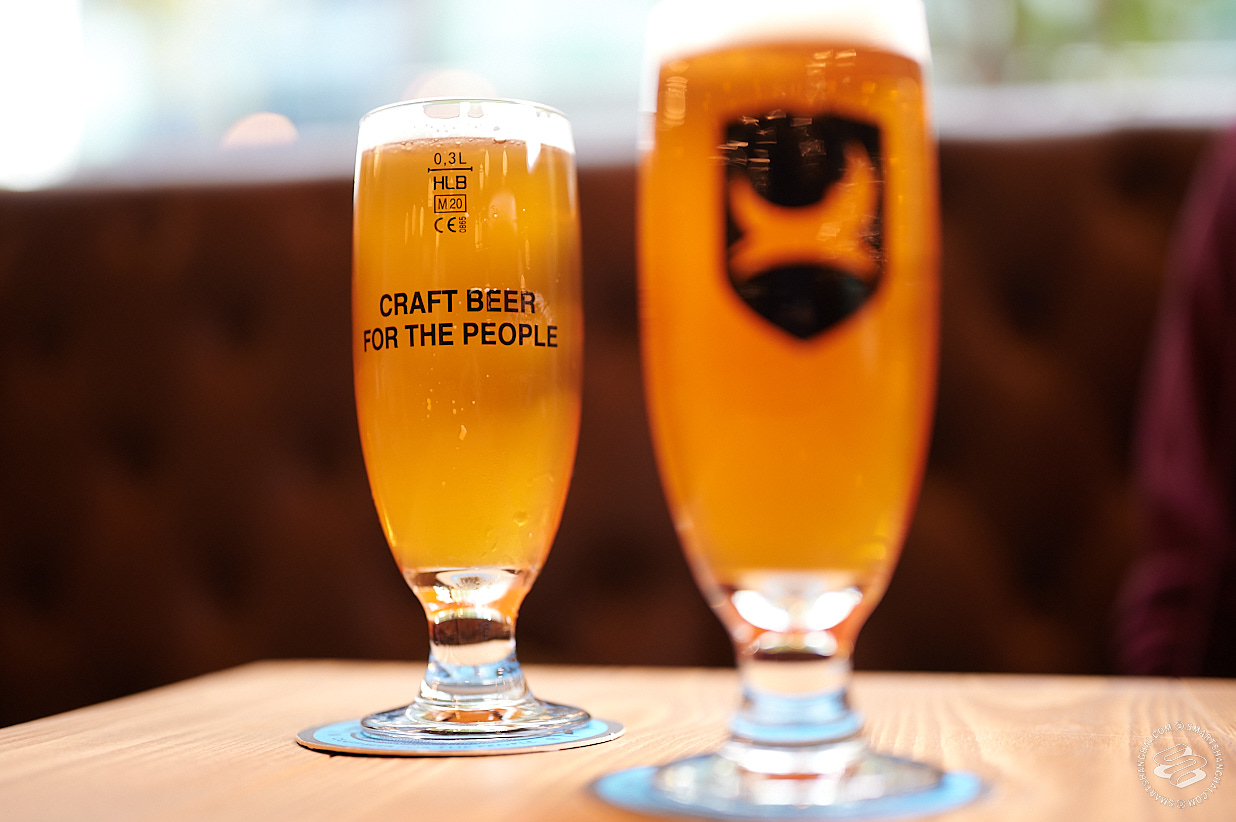 Brewdog started out as two guys and a dog in a garage in Fraserburgh, outside of Aberdeen, Scotland, and did everything they could to upset the establishment. They were crowd-funded. They dropped fat cats out of a helicopter. They sold beer in dead animals. They swore constantly. They were "authentic," they were "real" — they were PUNK ROCK, motherfucker — the opposite of big corporations like ABinBev. Some credit them with injecting adrenaline (and a lot of media attention) into the craft beer movement. 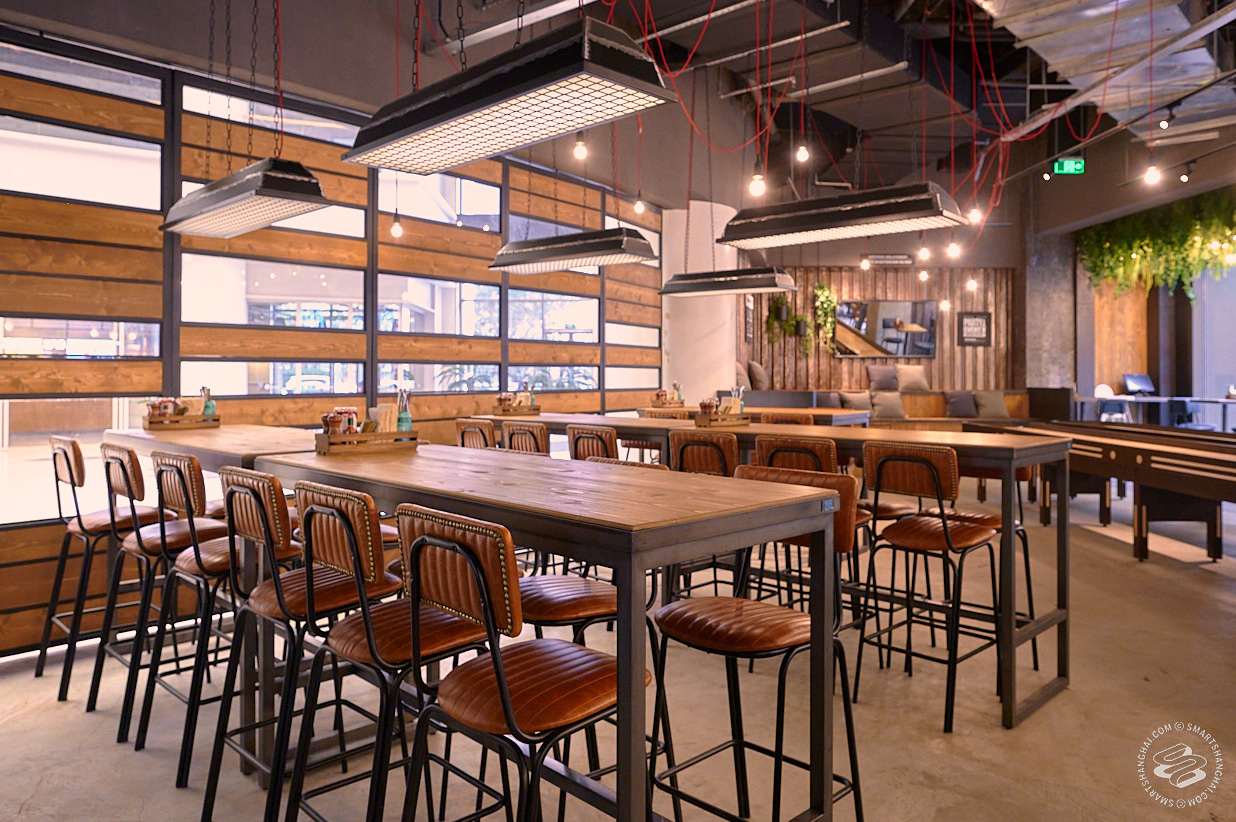 In 2017, they committed craft beer's cardinal sin by "selling out" to San Francisco-based TSG Consumer Partners.

Personally, I don't care. I think it's okay for a scrappy brand to mellow out and mature, and beer made in a flower pot up the street by a foul-mouthed craft brewer is not automatically better than beer made in a chrome facility overseas by tight-lipped men in suits. Your choice of beer doesn't need to be ideologically driven. Drink what you think tastes good, and pay what you can afford.

But ask most people in the industry, and they'll agree that Brewdog is nowhere near as relevant as it was even a couple of years ago. 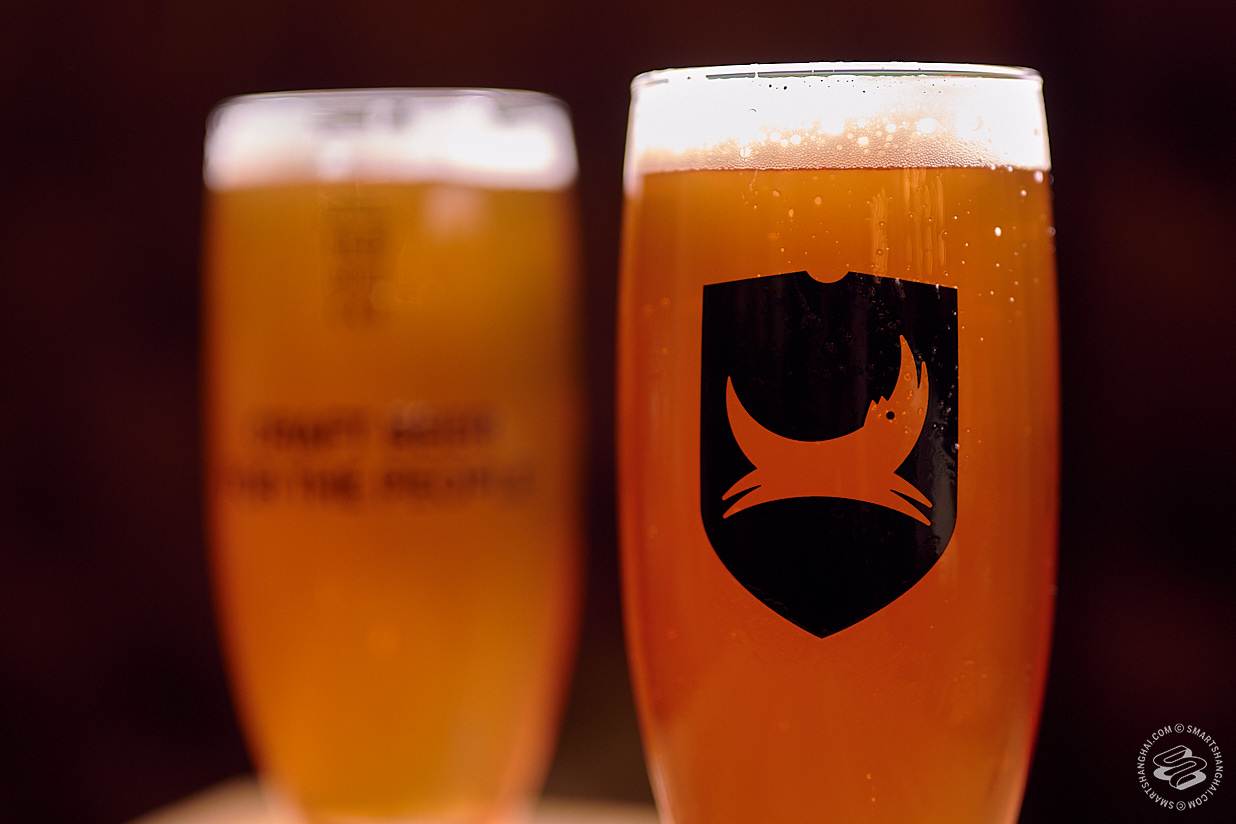 I only care about the backstory because I expected something more exciting from the company that builds "motherfucking cathedrals of beer." Their first church in China is big enough, but without the punk rock histrionics, the interior feels a little echoey. 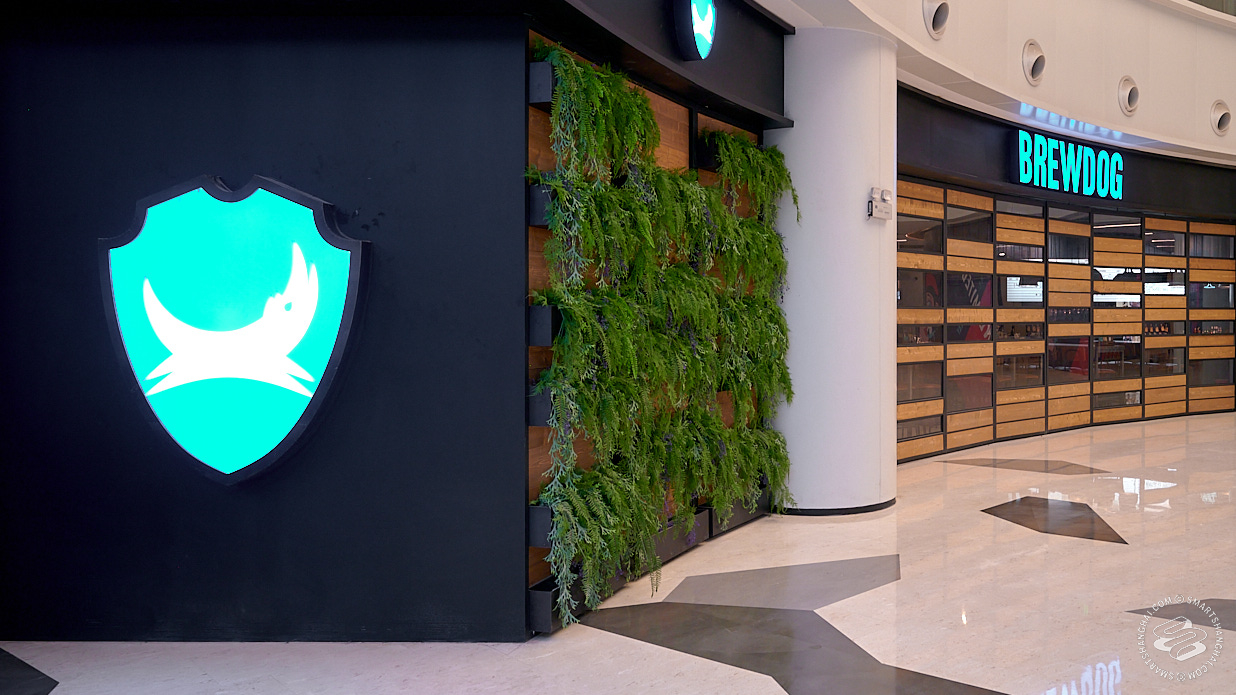 Like I said, it is a-okay! This is not a bad brewpub! I'll stop in for their IPA and a burger if I'm nearby. But if Brewdog was hoping to kick the door in and stomp onto Shanghai's craft beer scene, I think it's more than two years late.