We go where the the street food vendors go: to Minhang!
By SmSh
2021-01-13 12:00:00
If you've been wondering where Shanghai's street food stalls have gone, it's probably into municipally run enclaves like the Qibao Night Market. It's apparently the biggest of its kind in Shanghai. The designated "nightlife zone" in Minhang opened last month to something like 10,000 guests on the first day, according to news at the time. Most stories mentioned the Thai food stalls, with several highlighting the 22rmb Tom Yum soup. We went down the other night to see how that early success has been holding up. 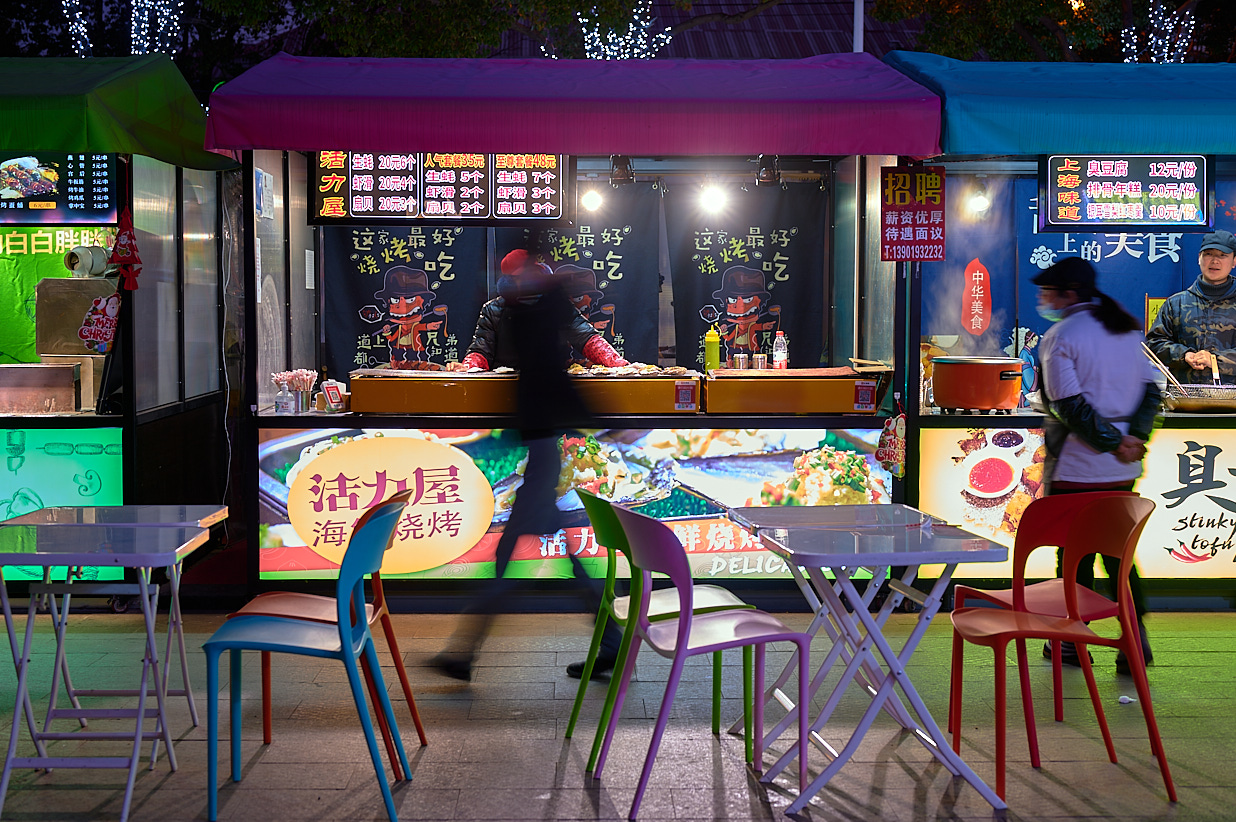 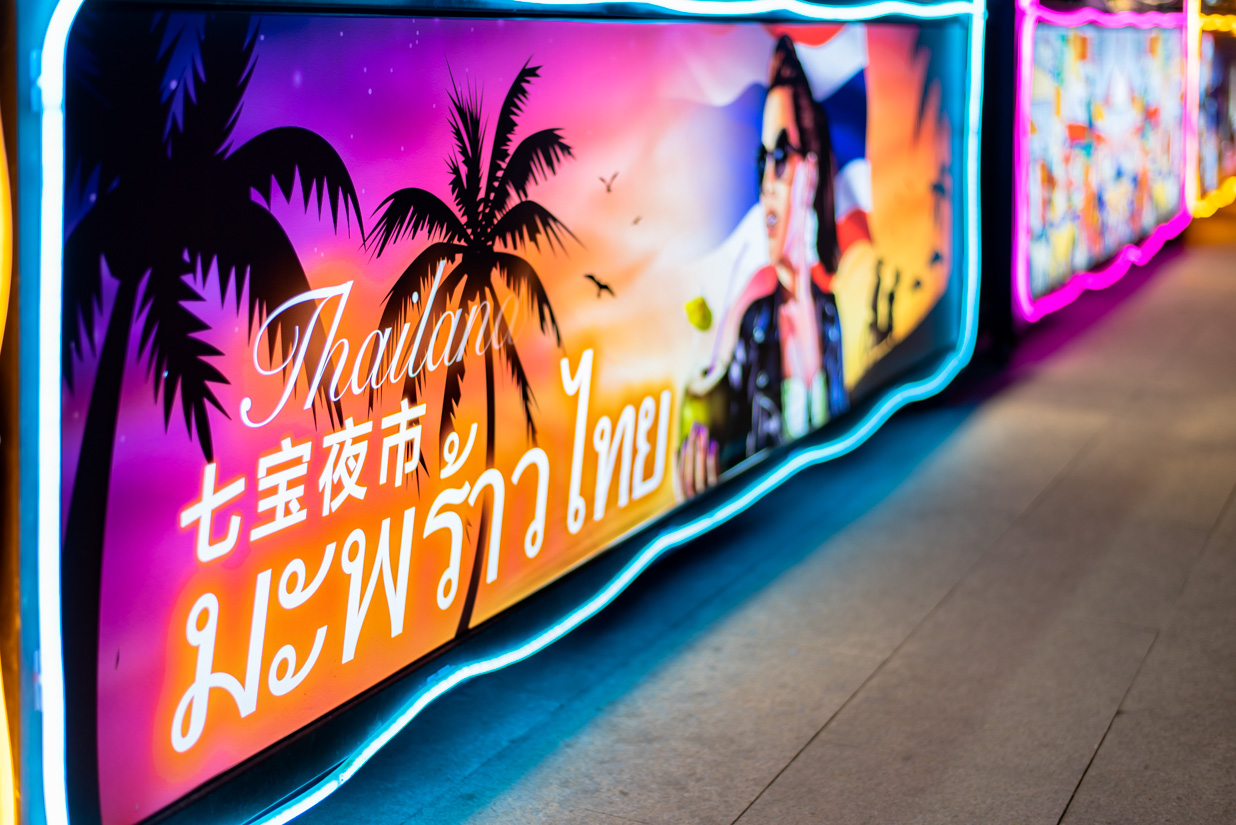 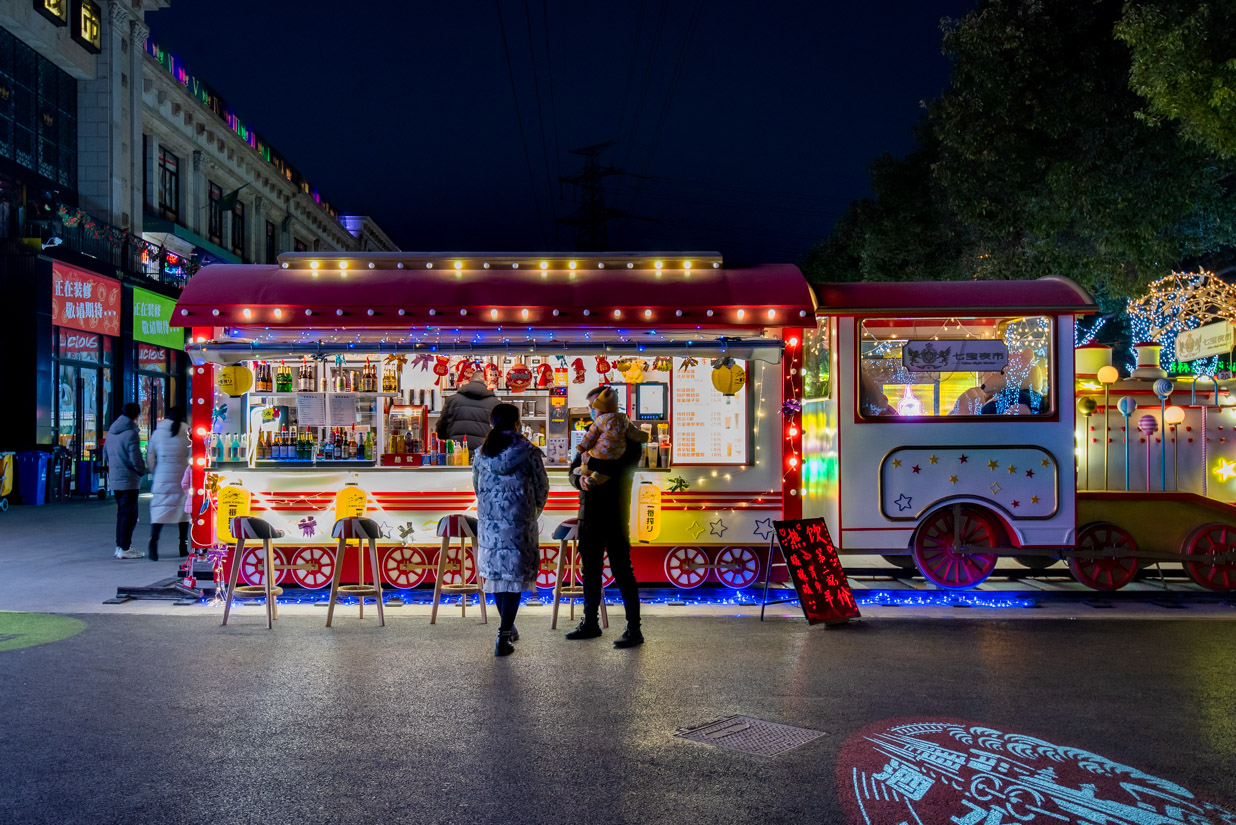 The Night Market is in a cordoned-off square next to a road, where around 100 stalls have been set up in front of a half-empty strip mall. The variety's not bad: Thai, Japanese and Taiwanese snacks sit next to familiar street food classics like skewers, noodles, fried oysters and, crucially, beer. 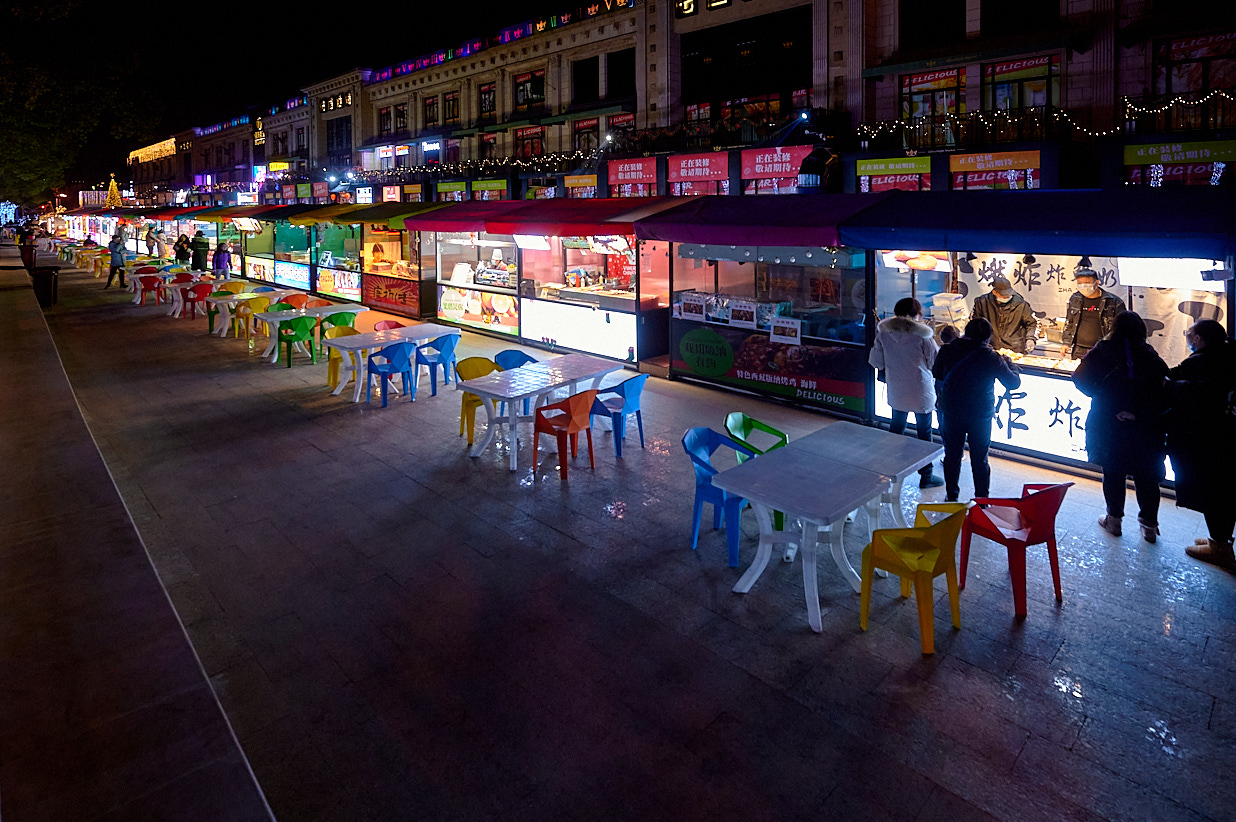 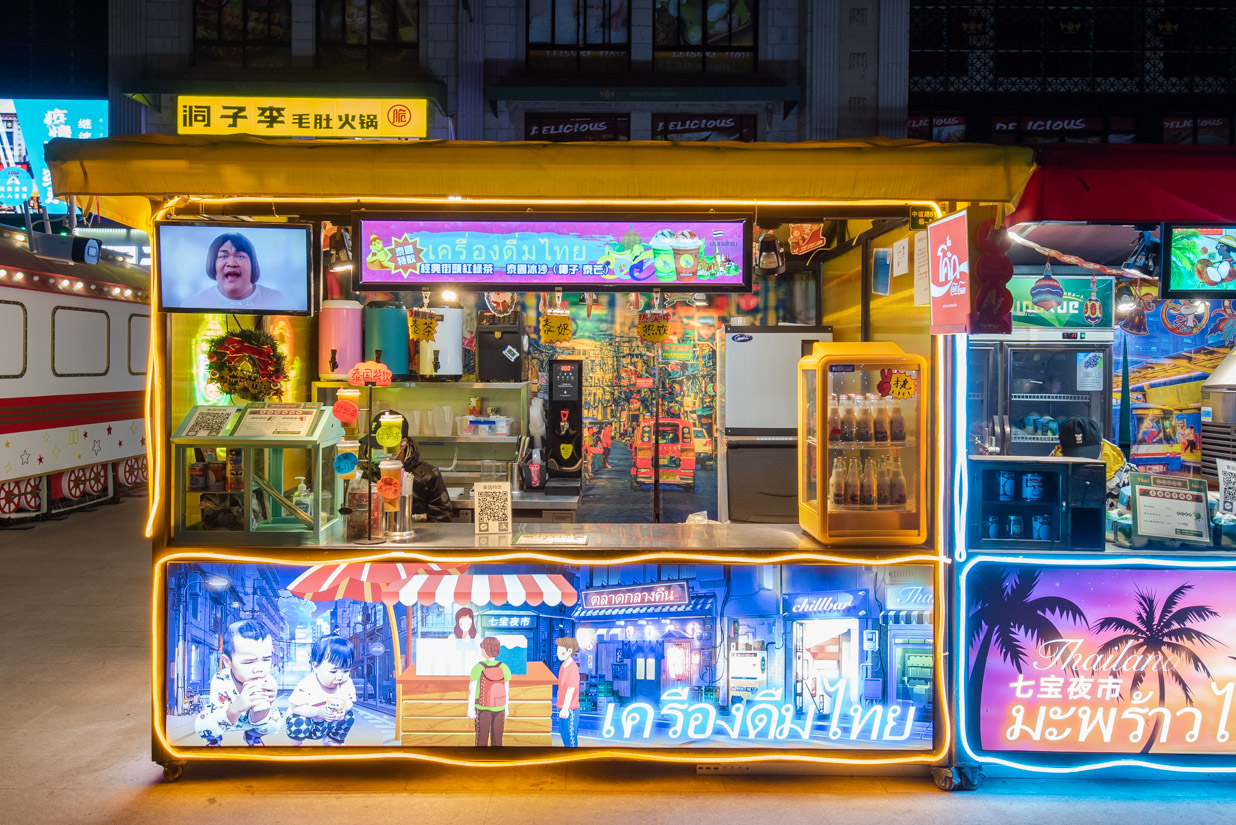 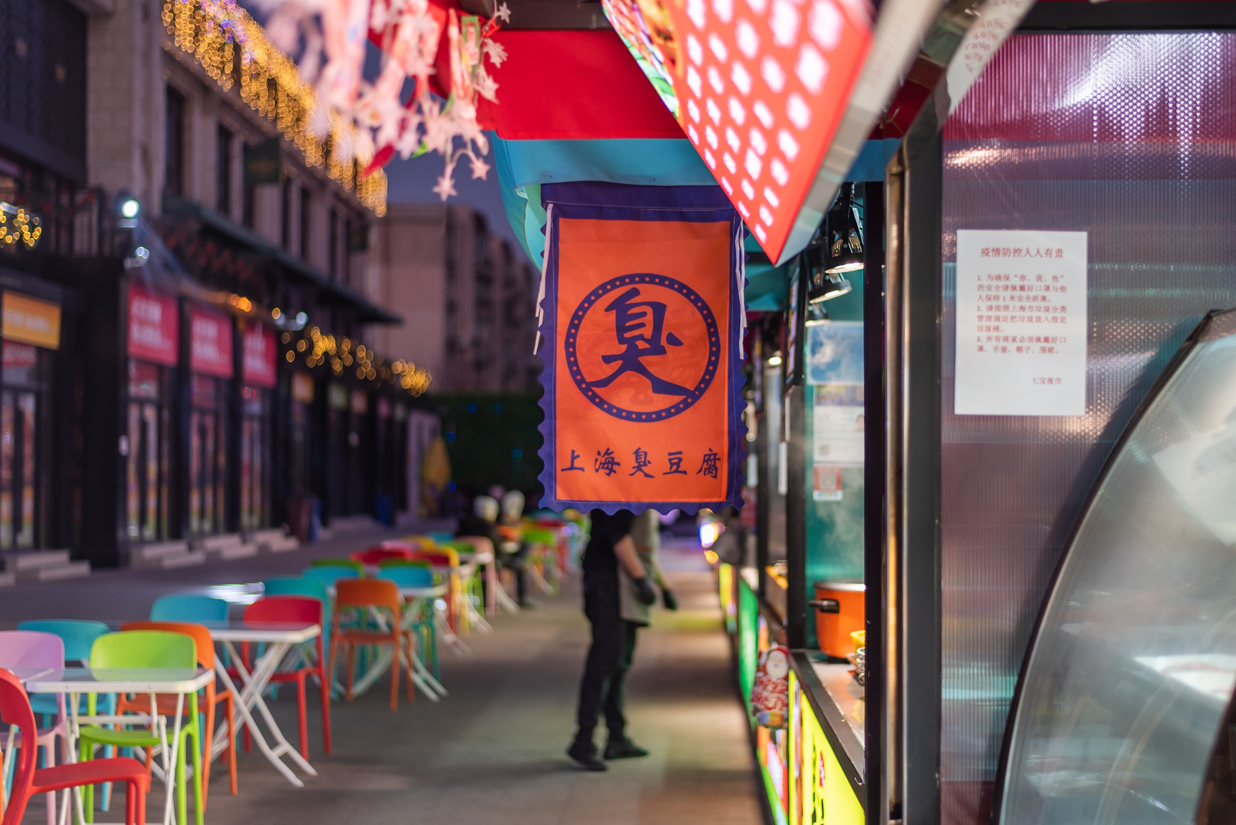 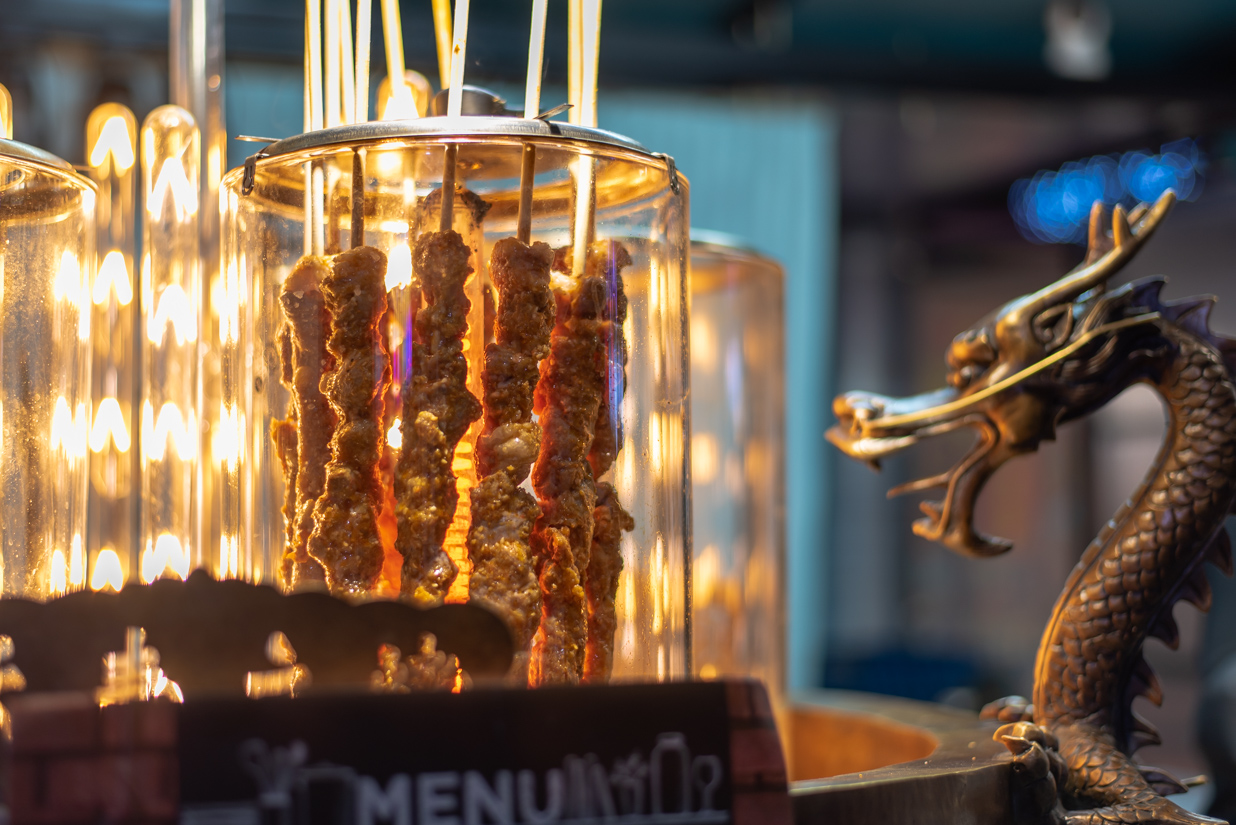 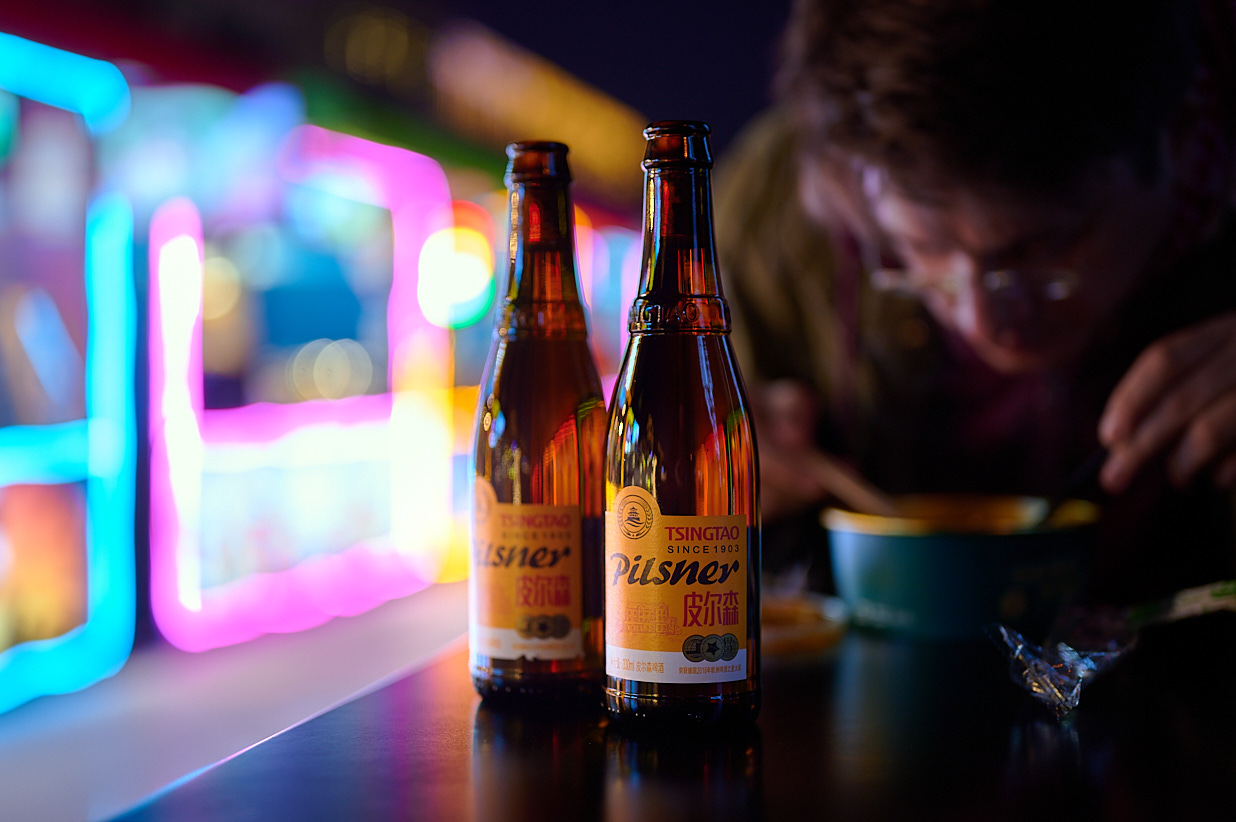 They do, in fact, have a Tom Yum soup for 22rmb. They make it in front of you. 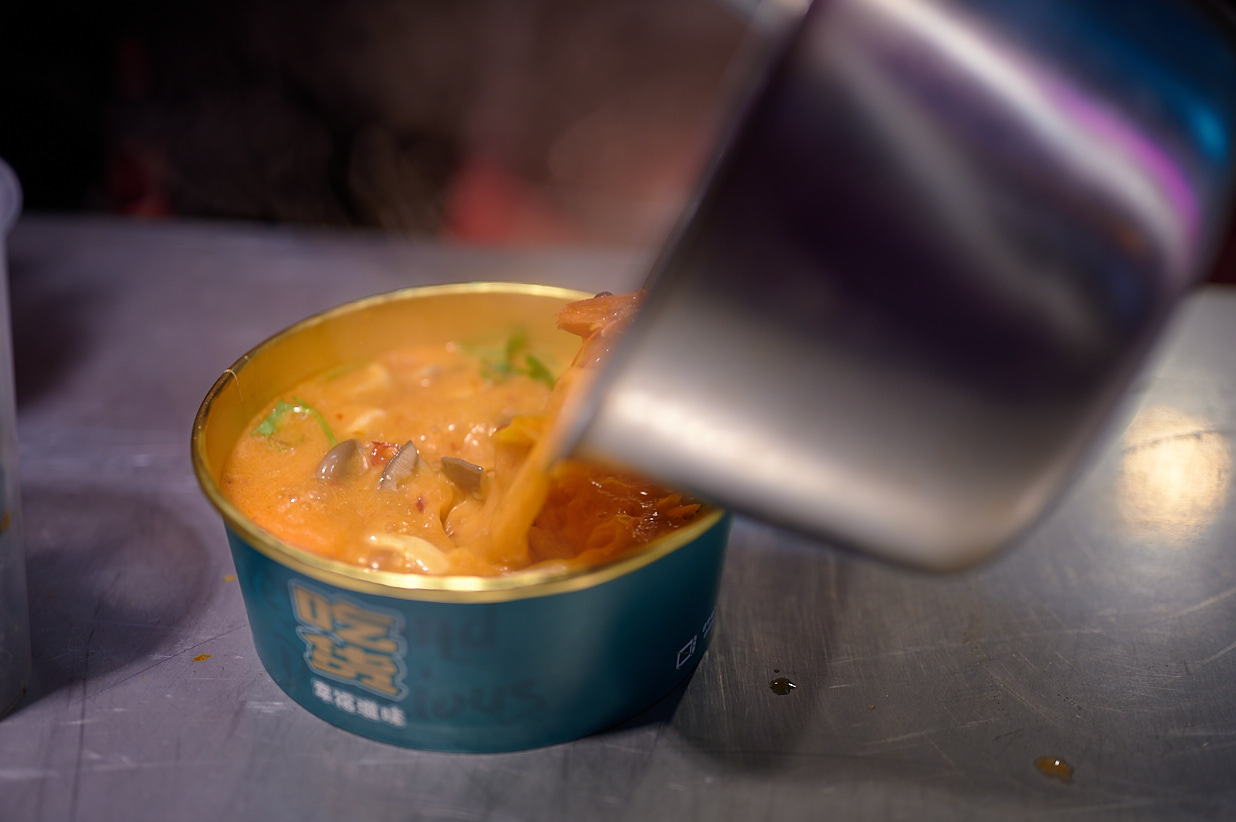 On a Tuesday evening — to be fair, never going to be the busiest evening — it's a ghost town. Vendors barely look up from their phones as we pass by, and a handful of the stalls appear to be wholly unoccupied. Visitors started to wander in as the sun went down, couples and families, but even when we left, stall staff outnumbered patrons roughly two-to-one. 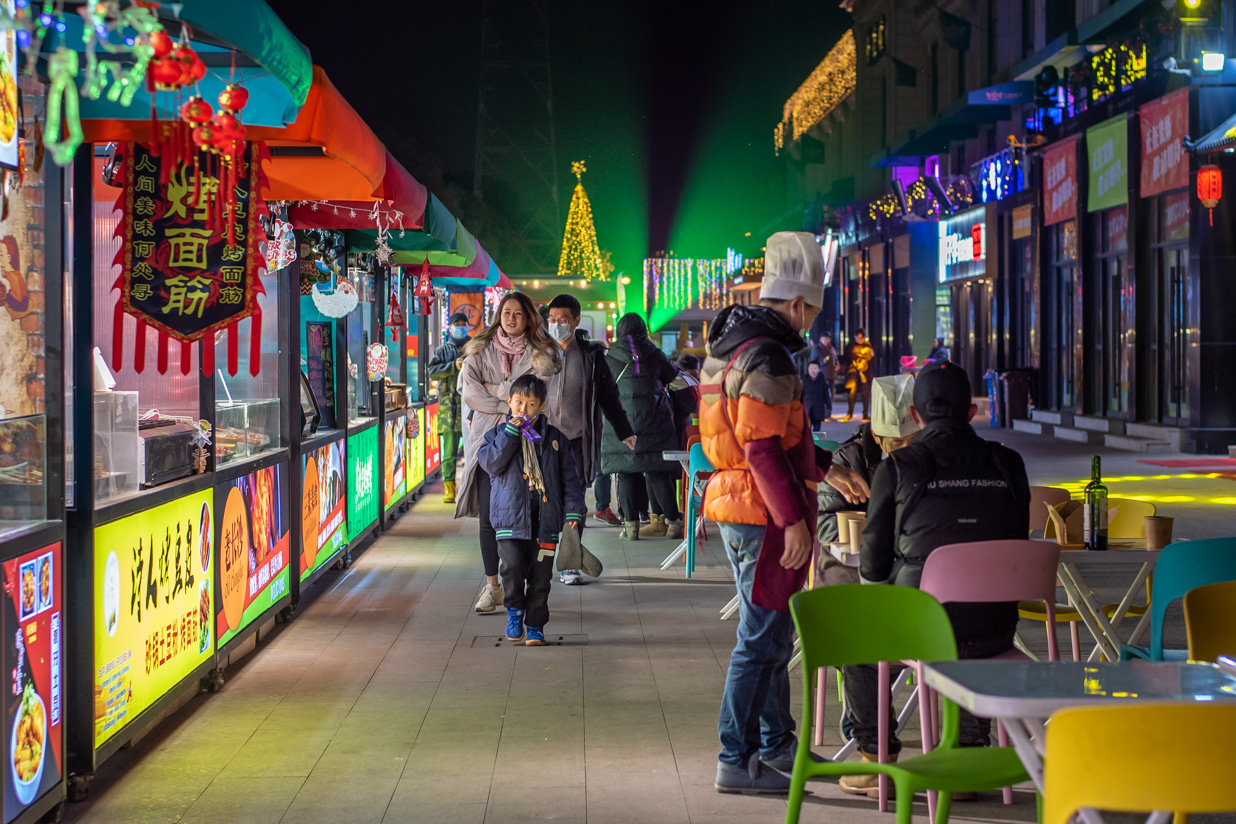 One of the stall workers says it gets busier on the weekends, but when asked how big the crowds get, they shrugged. "No bus station, no metro, and the traffic [on Zhongyi Lu] is bad," they said. Things might improve as the weather improves, but on a cold January night, we might've been their only customer. 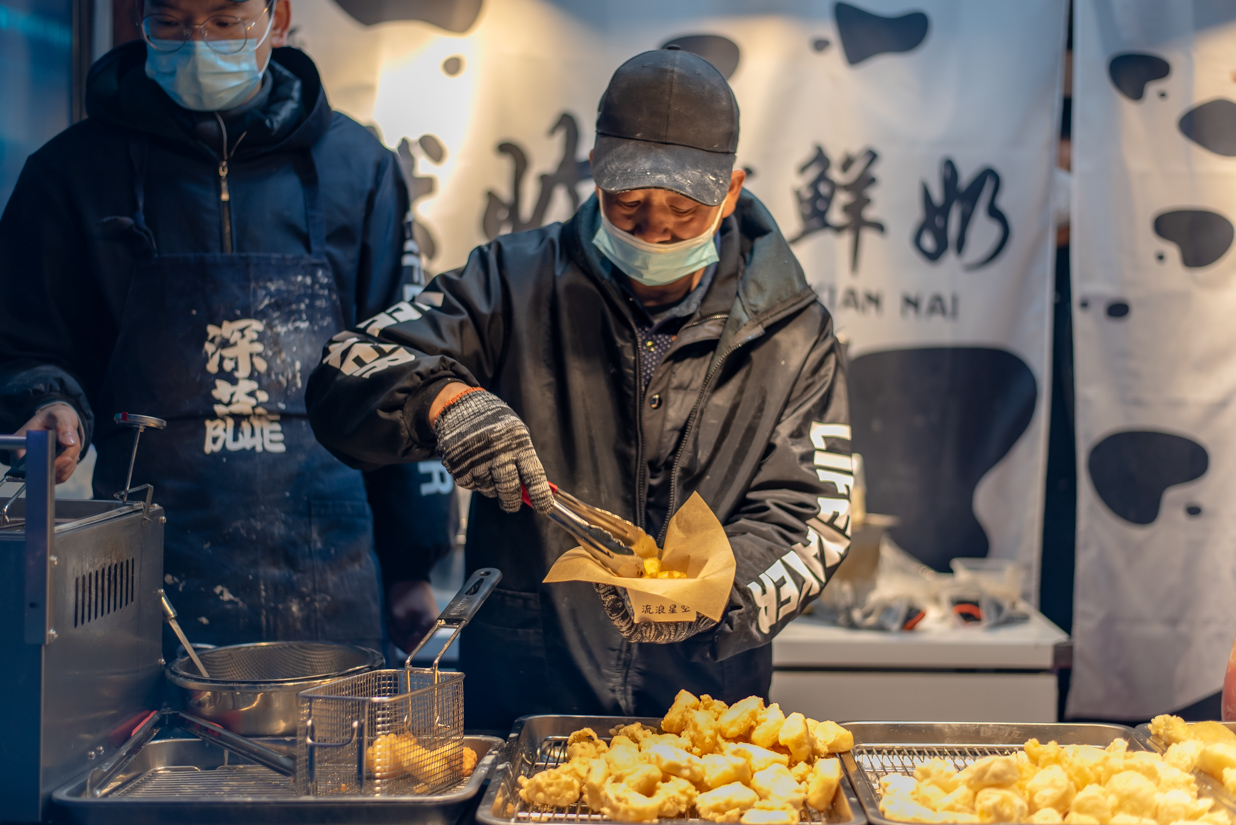 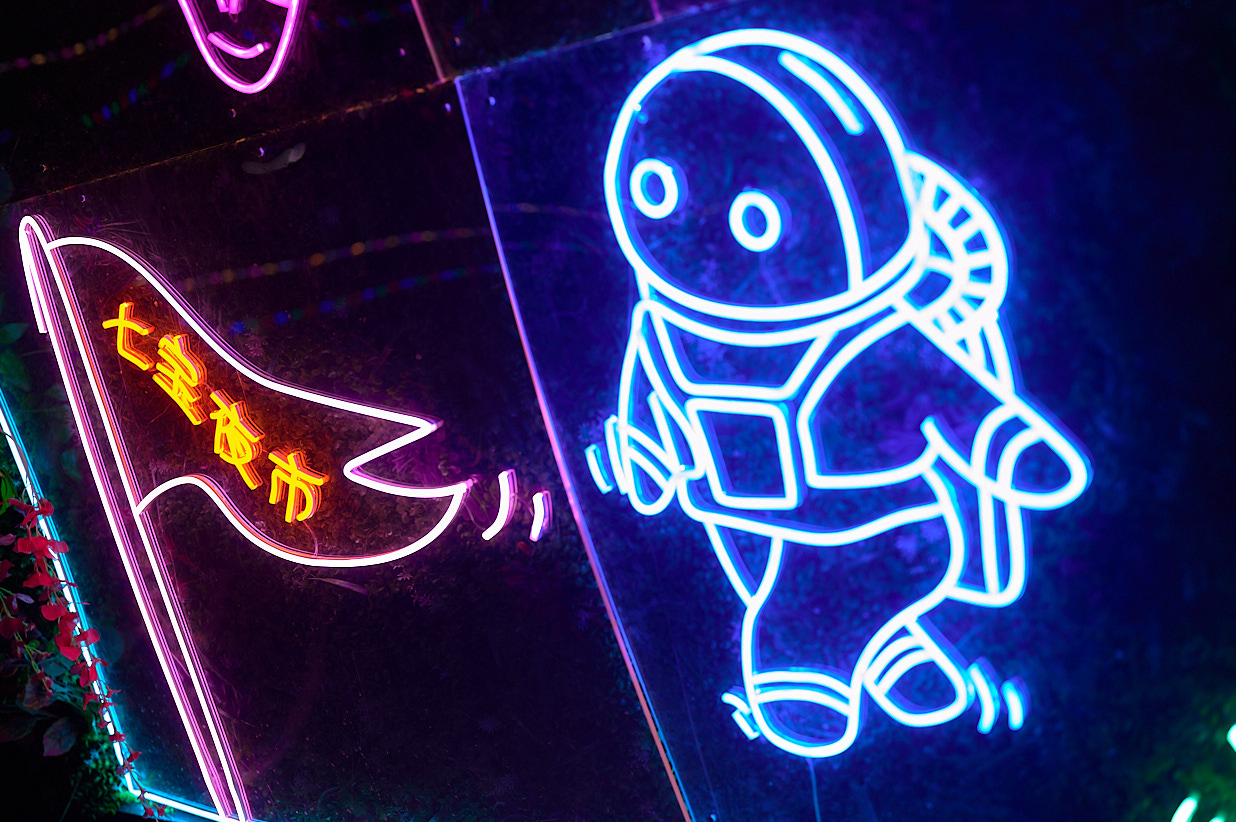 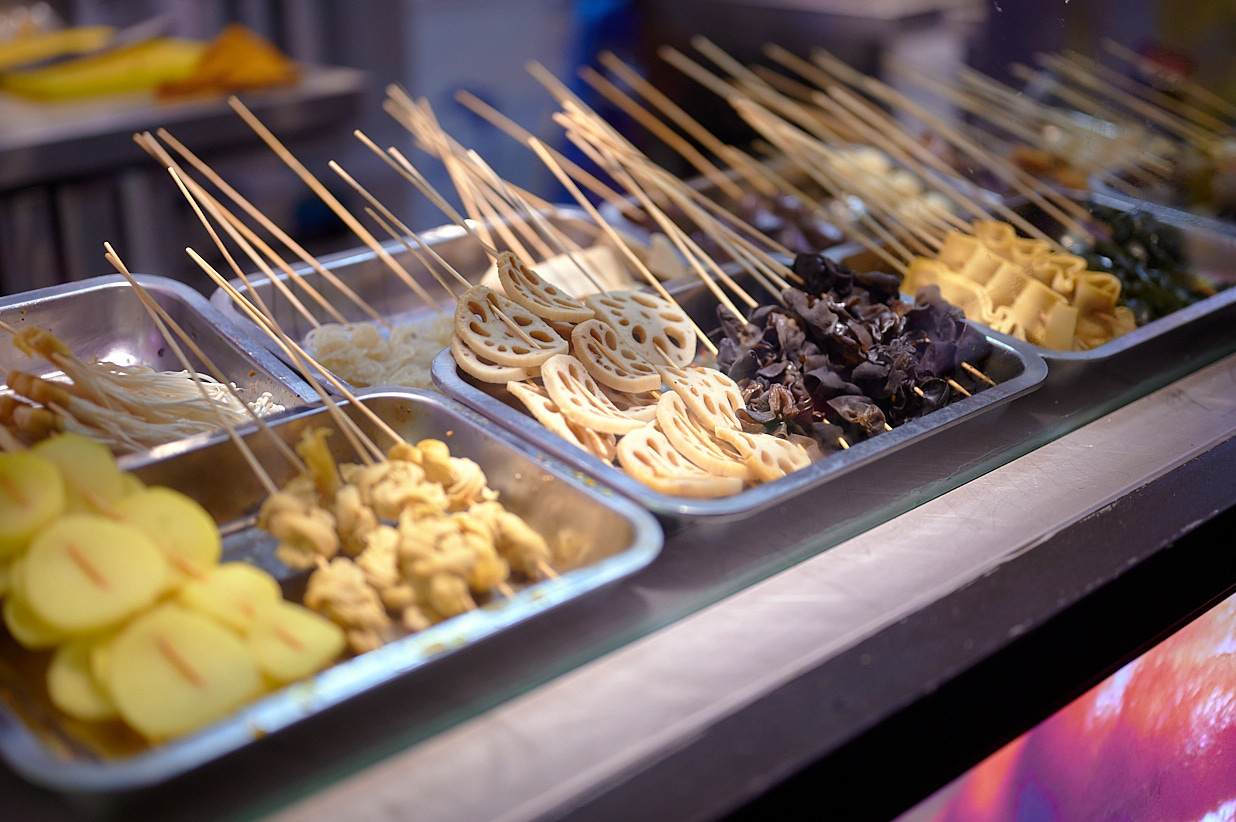 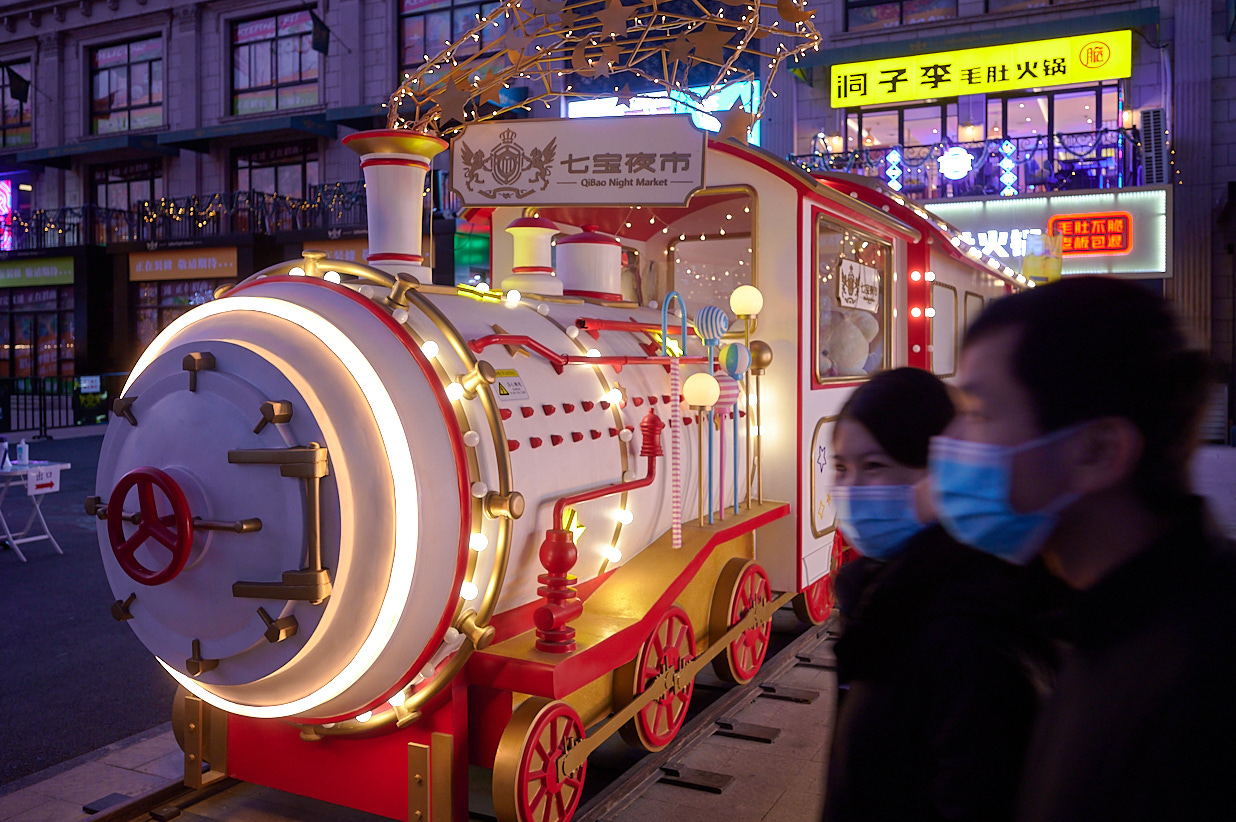 Night markets don't need to be built on a foundation of congealed gutter oil, unsafe working conditions and mystery meat. But they should at least feel like they grew up organically somewhere. A place where food vendors intersect people grabbing a bite to eat, a gritty greenhouse that grows the urban authenticity that’s supposed to make up for the ridiculous rent. 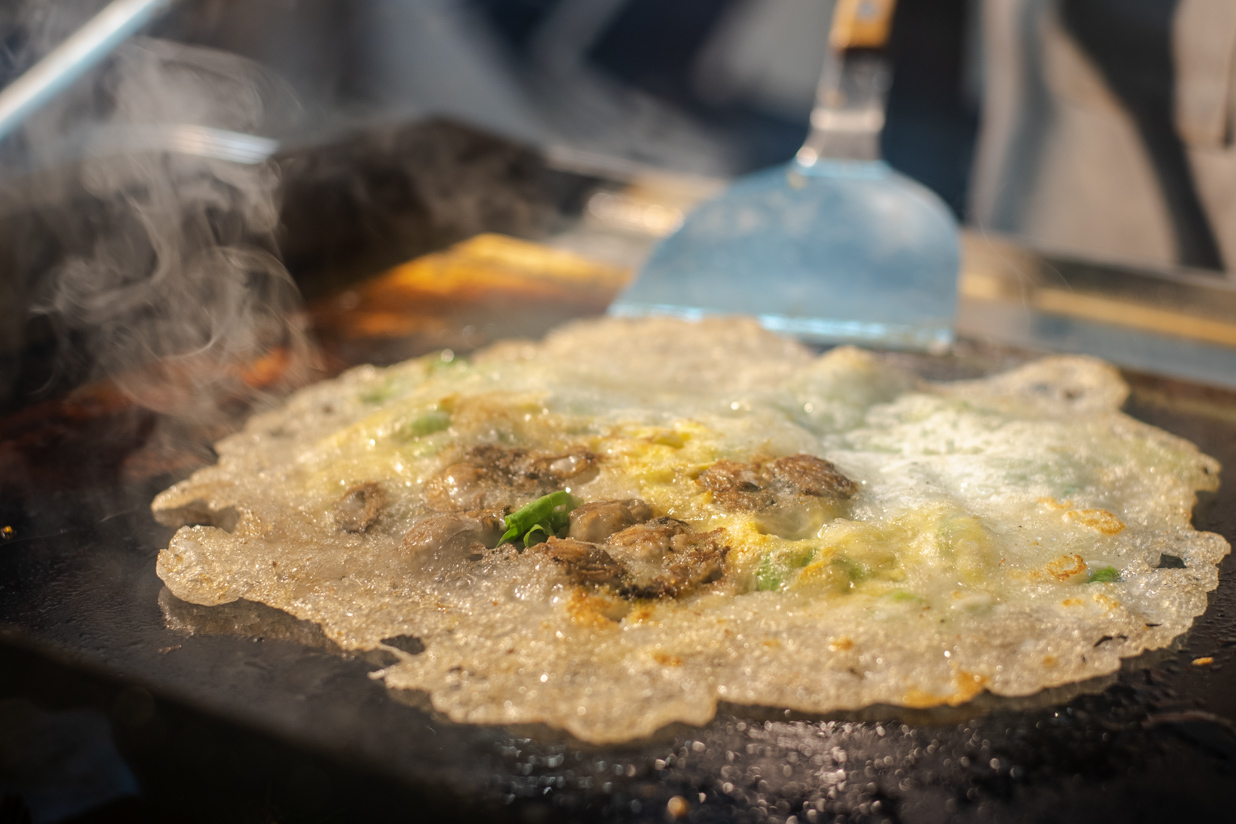 Anyway, Qibao Night Market doesn't feel like that. Qibao Night Market feels, perhaps predictably, like a cardboard cut-out of a night market in a part of Minhang devoid of any street life, kilometers from the nearest metro station. 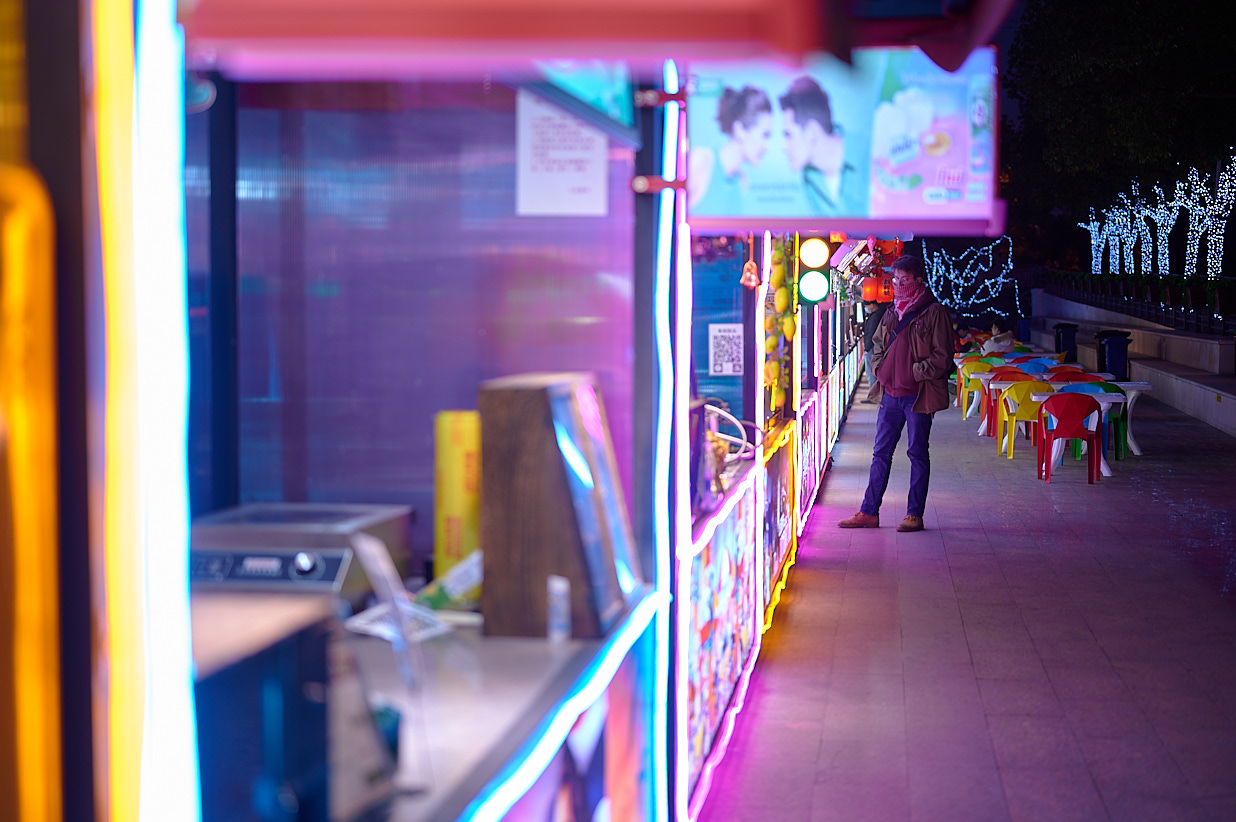 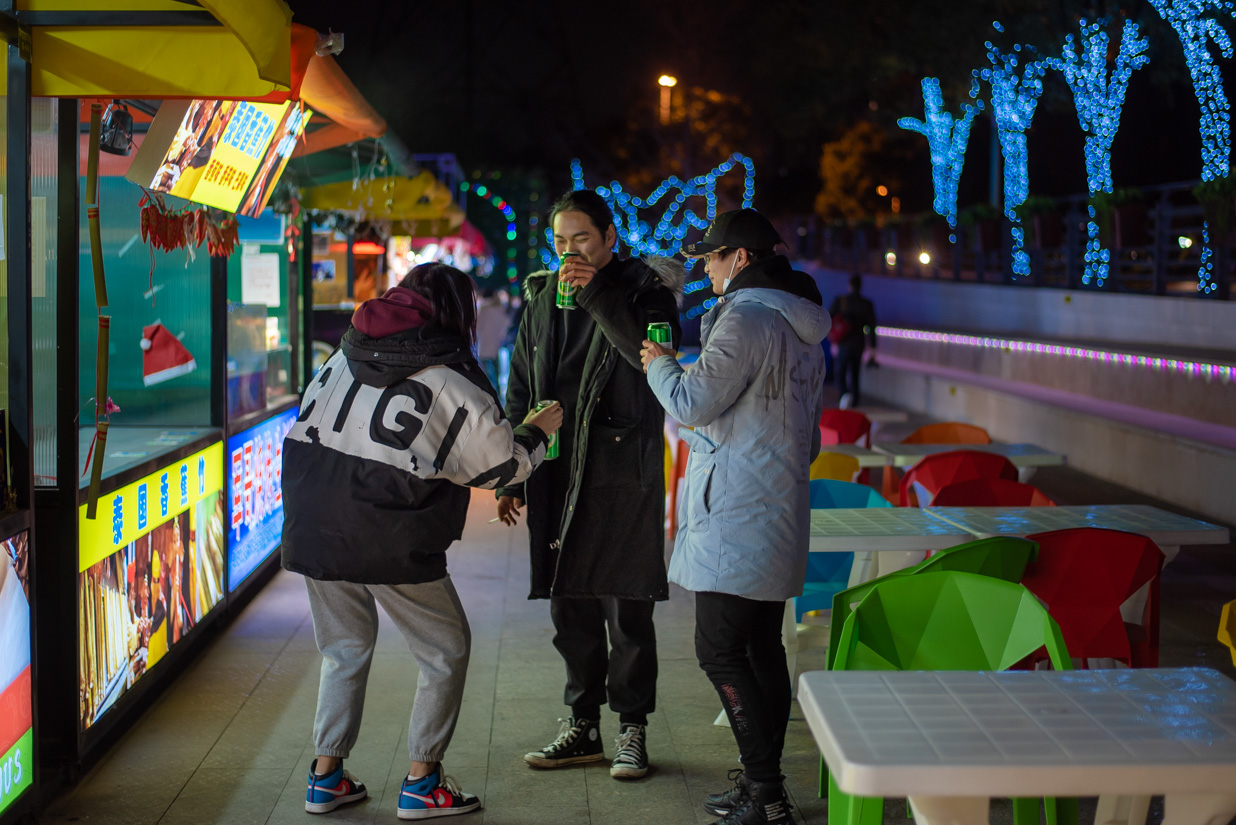 That Tom Yum soup was pretty good though. And only 22rmb!