Testing the South Korean magic drinks in anticipation of New Year's Eve.
By Alex Panayotopoulos
2018-12-24 11:18:56
"Tested" is our column where we check out goods and services that might be helpful. We see if they're worth your time and money so you don't have to.

South Korea has an enthusiastic attitude towards drinking. They drink twice as much as Russians, the next biggest fan, and four times as much as Americans. And that's just grand! It's grand.

So it comes as no surprise that they have a massive industry catering to groggy people who need to be at their desk at 8.30am for a 12-hour shift. Hangover cures are estimated to have made 170 million dollars this year. Producers are seeing billion dollar investments as they plan to put an icepack on the world's forehead.

These aren't just Bloody Mary's or an egg yolk with tobasco sauce, either. These range from herbal remedies to dense energy-drink things to concentrates to fluorescent powders.

But do they work? In anticipation of New Year's Eve, I went online shopping for relief.

Methodology: I'm going to drink a whole lot and try five I got off Taobao, to see if they do anything.

Disclaimer: This is not a clinical, or even responsible, test of the effectiveness of hangover cures. The subject is one idiot in Shanghai who hasn't seen a doctor in years for fear of what he'd learn. Please use these products responsibly. 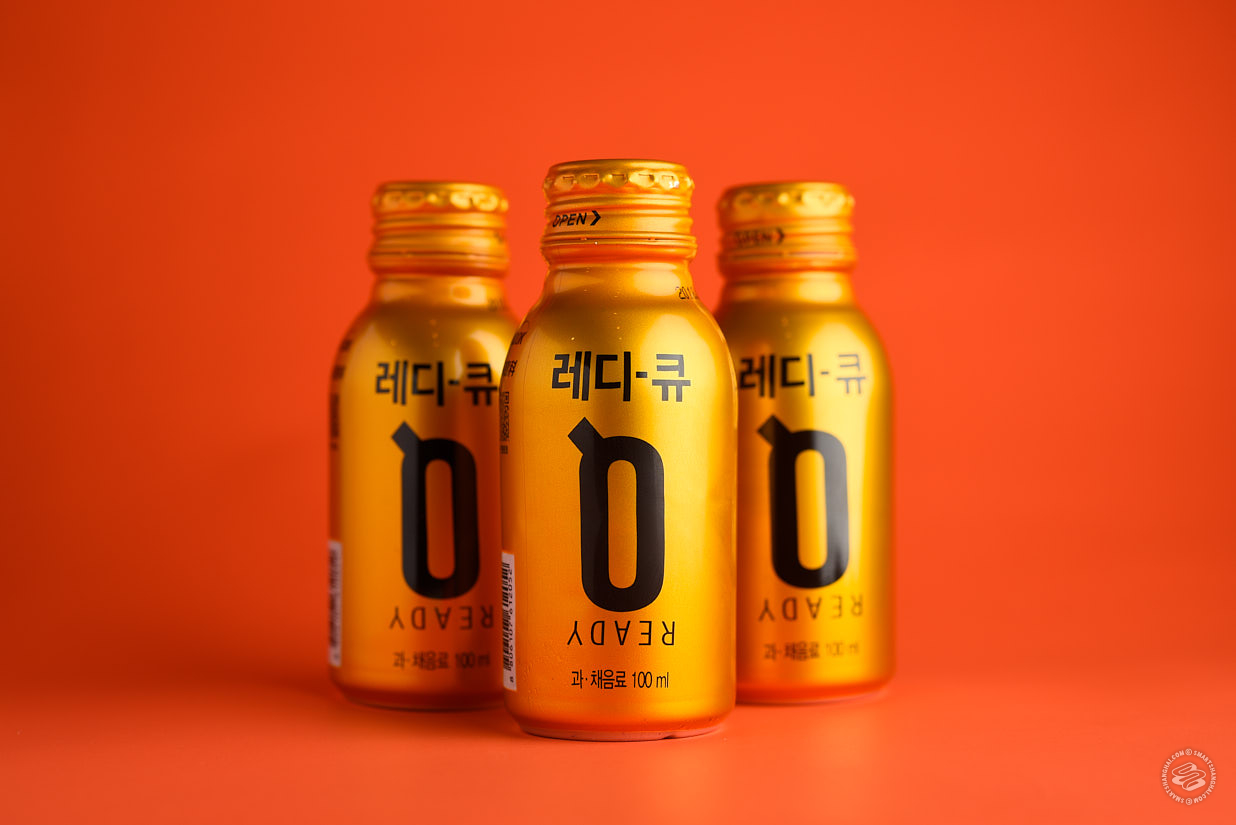 The Poison: An irresponsible number of sugary whisky cocktails.

The Symptoms: The gaslight hangover. It's there one minute, it's intense, it's needy, it feels real, and then it's gone the next, only to come crashing back into your life expecting you to just make yourself available.

The Cure: Ready Q is produced by Korean pharmaceutical company Handok. The main ingredient is 500mg of Thercurmin, an anti-bunch-of-stuff. Handok also produces a chewy candy version of the drink, but these come in little metal bottles. It tastes like mango juice, with a slight aftertaste hinting at some science in it. They recommend having it chilled.

Consuming one the morning after does nothing. The cold metal container did provide some relief when applied to the temples. Not sure if that's a design feature. Turns out you're meant to drink it the night before. Since I'm a scientist, I ran the trial again, this time drinking one before I crawled into bed and another the morning after. This seemed to work a little, though hardly enough to qualify as a "cure." Still, it tasted good. Mix it with vodka for a decent twist on a Screwdriver!

Price: Currently out of stock on Taobao. 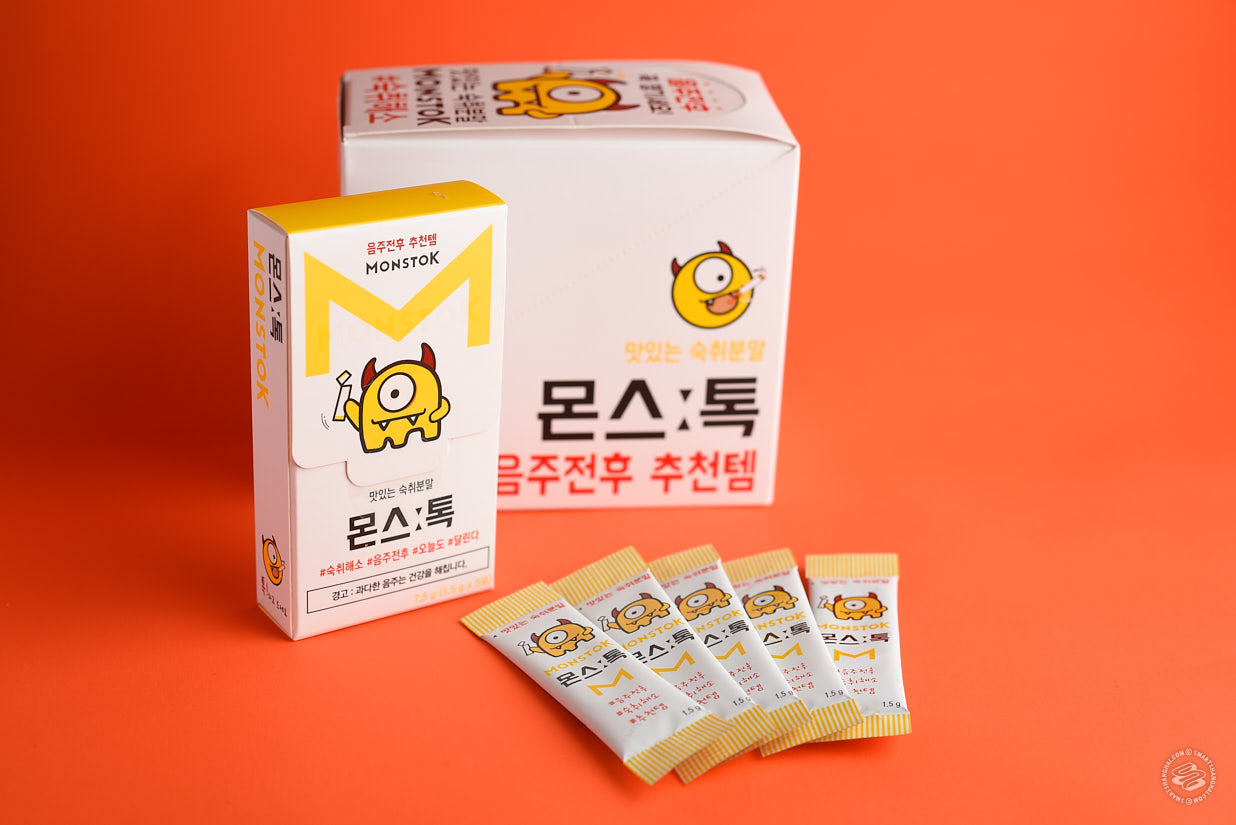 The Symptoms: The kind where everything seems fine at first, then the edges of your vision starts wobbling, and your head starts to feel like your eyebrows are pulling in opposite directions.

The Cure: Monstok is a series of little powder sachets, about a teaspoon's worth, that contain curcumin, chicory and milk thistle (which is good for your liver). You're meant to consume a couple of packets of the radioactive looking dust in preparation, before and during drinking. You can either pour it directly into your mouth, or mix it with cold water. Snorting it will just cause you to sneeze furiously.

Was surprised this worked a little. As a morning-after cure, it does nothing, but when taken before, during and immediately after drinking, it supposedly preps your body to clear out the toxins. Plus, drinking it with water means you're rehydrating. The only drawback is remembering to carry them with you. I thought heavy nights just sort of evolved from an innocuous beer with dinner. Apparently some people prepare for them. Unfortunately, it seems to be out of stock and absent on Taobao at the time of writing. Get some when you visit Korea. 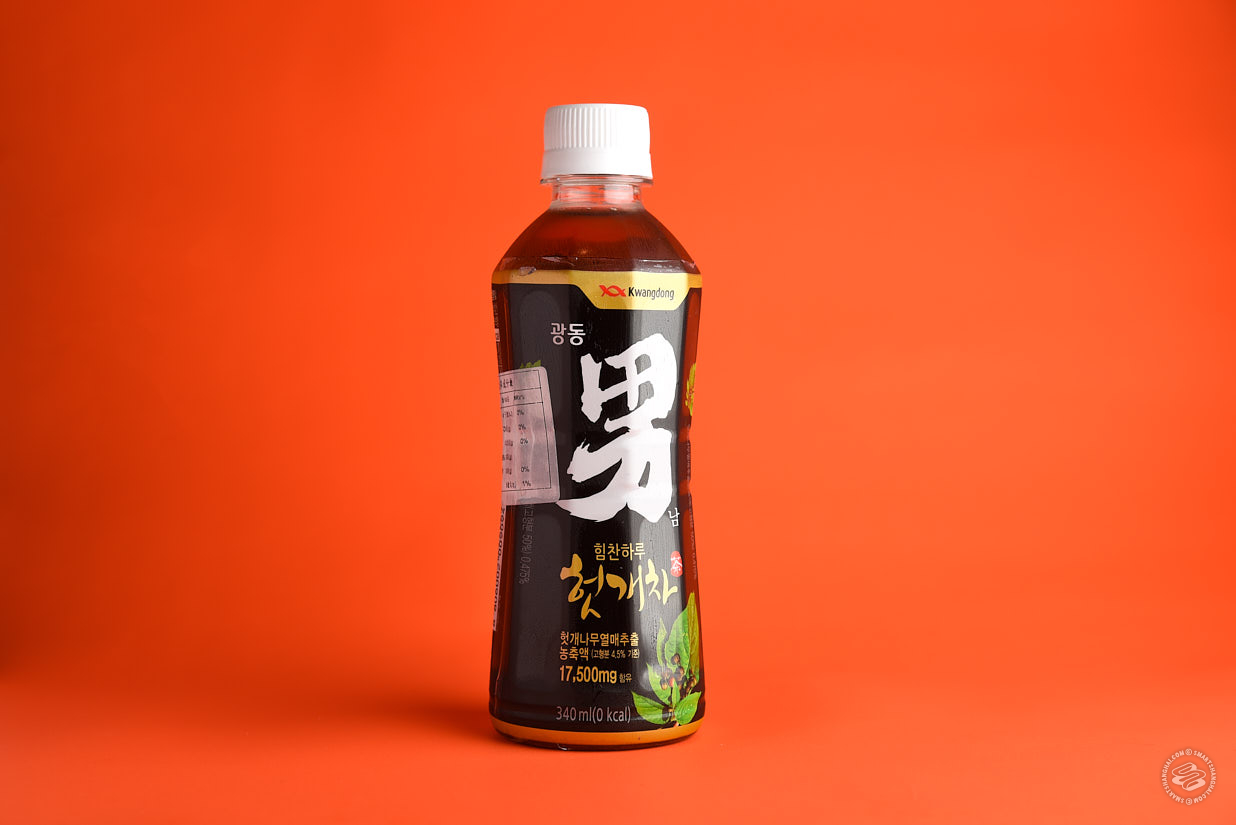 The Cure: Yeah, it's just called men's tea. Made by Kwangdong, a pharmaceutical company targeting that hot, heavy-spending "Eastern tradition meets West scientific expertise" consumer. It's supposed to just be good for you in general, not only as hangover relief. Main ingredient is the ever-popular hovenia dulcis/raisin tree fruit extract and vitamin C, presented in the even-more-popular tea in a plastic bottle format. Targeting your nodes. With man tea.

This was probably the worst hangover, so even a smidgeon of pain relief would've been a blessing and I would have hailed this from the rooftops. But it did nothing, and it tasted the way alpacas smell. 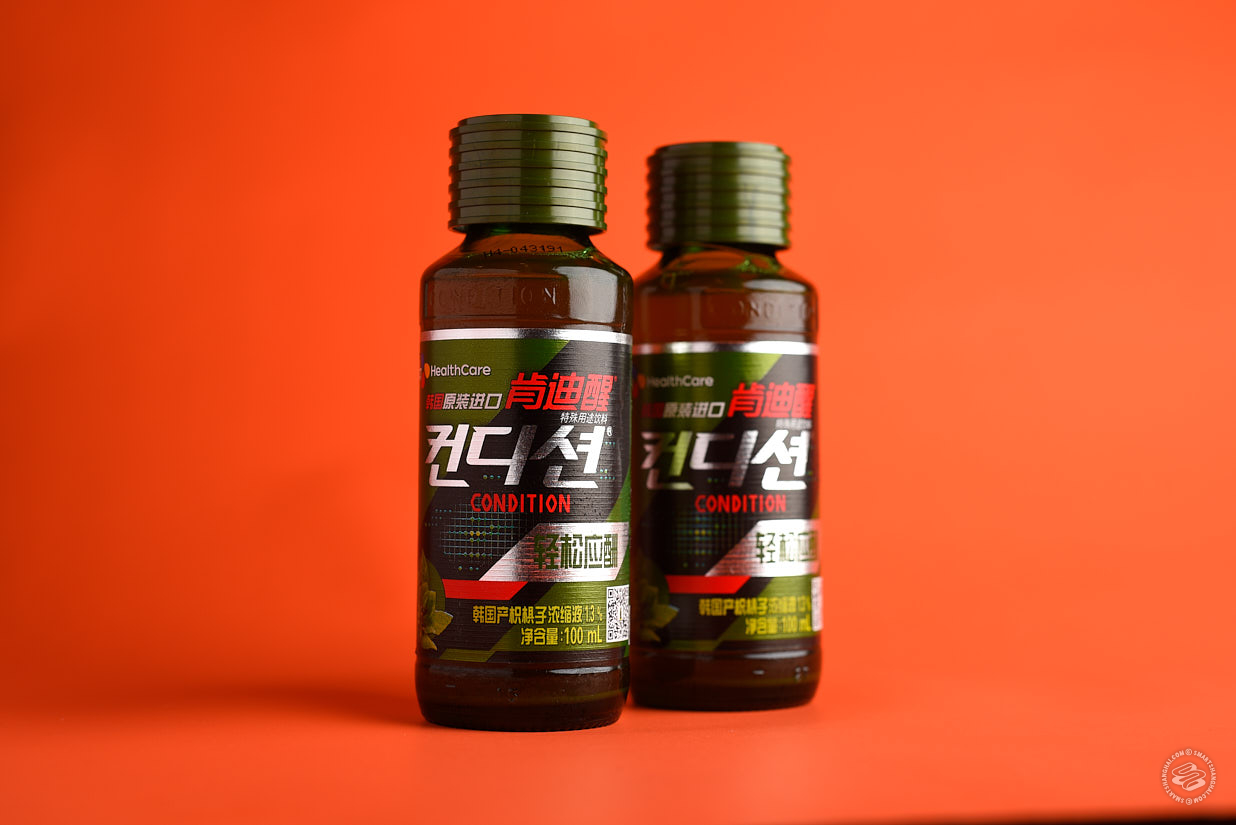 The Poison: Deadline's looming. Time for the home game; half a bottle of Ballantines, drunk on my couch between 11pm and 12.30am.

The Cure: The most popular hangover drink in Korea, Condition is another compact shot of fruity relief, produced by the Pharmaceutical Business Department arm of Korean "lifestyle" company CJ. You may recognize it as the little green bottle featured in the classic 2014 hit "Hangover" by Psy and Snoop Dogg (who doesn't touch the stuff once in the music video). Everyone remembers "Hangover," right? Main ingredients include holvenia dulcis, though there are some versions floating around out there with turmeric instead. Didn't try that one.

The shot of slightly viscous, fruity syrup doesn't taste as good as Ready Q, and the effects were similar: very mild relief when you have it the night before. Also, though these bottles are robust, I'd feel less comfortable carrying one around on a night out than the metal Ready Q ones. It is cheaper though, meaning you could double-dose for the price of one Ready Q, but the glass bottle doesn't feel as good rolled across your aching brow. 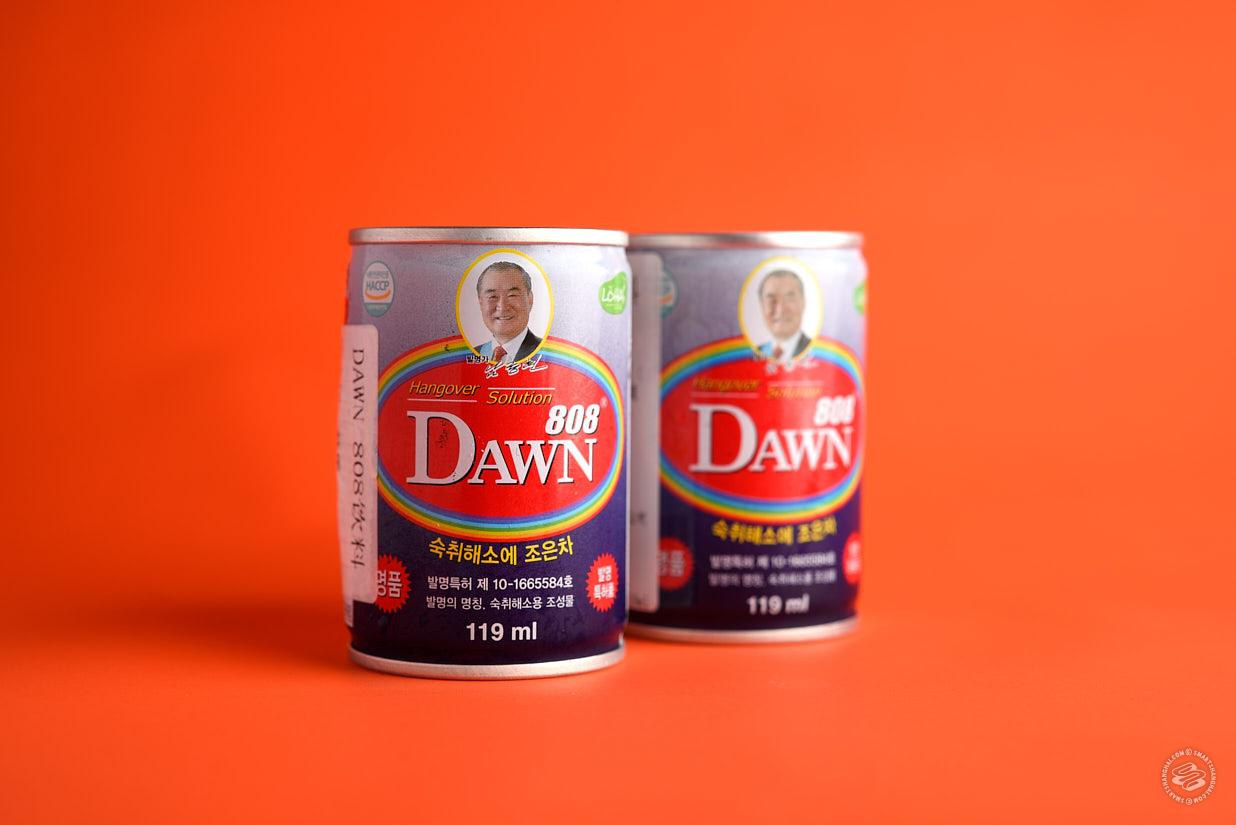 The Poison: The other half of the bottle.

The Symptoms: Crunchy, with extra chunks.

The Cure: Dawn has an elderly man in a suit on it! Must be some serious business. Must be why it's the second most popular hangover cure in South Korea. It's marketed as the world's first hangover drink, made from 100% natural ingredients, and despite coming in a can, is more like an herbal tea. Read: it tastes awful. Apparently it took the guy 808 attempts to get the formula right. That's... impressive?

Less so in terms of effectiveness; this drink also did basically nothing for me either the morning after or the night before, besides tasting like wet hay. It might just be that after a solid two weeks of drinking way more than normal, my body chemistry was so off that nothing grown naturally in Korea could help, but I suspect this one relies on its awful taste to trick drinkers into thinking it's medicinal. It's pricey, too.

Having tried five non-lethal options (multiple times), I'm not totally convinced. A lot of it seems to be placebo, the fervent, desperate hope that science will make the pain stop. I think just keeping your drinking pace measured (hah) and drinking a lot of water might be the best solution. But Korea, please keep pushing this frontier. If you manage to solve hangovers for the entire world, I'll tattoo every one of the Bangtan Boys onto my neck.