[The Collection]: Speakeasies That Survive

Shanghai's exhausted bar genre. Here're the hidden/"hidden" cocktail bars that've weathered the trend.
By Alex Panayotopoulos Mar 22, 2019 2019-03-22 Nightlife
Speakeasies. What are they even, really? Some degree of hidden, expensive, and dying out, if the prevailing wisdom is to be believed. R.I.P. Dry Goods, U Way and the original Tailor Bar. We did a little survey on the state of this tired, worn-out genre of bars, and here're the ones that are still around!

Arguably the one that really kicked off this godforsaken trend back in 2014, this busy Japanese-style speakeasy from Shingo Gokan is hidden behind a secret door in a shop on Fuxing Lu. By now, everyone knows about it. It's a layer-cake of prices: the second floor costs between 80-100rmb, while the third floor, hidden behind another secret door, is a quieter affair serving even pricier drinks. The tiny, exclusive fourth floor lounge has a 500rmb/person minimum spend. It's popular for a reason: the cocktails are excellent throughout, the service is professional and the environment is intimate and cozy. Expect the second floor to get very, very packed on weekends, with commensurate overflow.

What looks like the only functioning coin-laundromat in Shanghai, complete with blue neon lighting, is actually the front for a speakeasy from the team behind Barber Shop. Despite the space-age entrance, the interior is fairly plain, familiar oak-and-leather seating with a long bar and cubbies where high-rollers keep their bottles of whiskey. Cocktails are expensive, with even classics starting at 90rmb and working their way up. Not a stellar option, but good for the contrast between your inside-outside selfies.

People 7 is a large, low-key lounge and restaurant that's been a popular haunt since the late Mesozoic. The place is an industrial themed mansion with intriguing angles and spaces, and tricky door and bathroom entrances, but the cocktails, which hover in the 60-80rmb range, leave a lot to be desired. The space deserves better drinks. Good for one novelty visit or impressionable out-of-towners.

A speakeasy from the 2014 wave that was actually all right! Having built up a following over the years, it can get completely packed out on Friday nights. Hidden (well "hidden") behind a phone booth on the corner of Fenyang and Fuxing, its trade is in complex drinks with names like "Toast Flower" and "Bloom Bloom," as well as variations on classics with names like the "St. Rooise Sidecar." Prices are mostly in the 80-90rmb range. Good service, nice bartenders, a tin roof, and decent music.

Another long-lasting speakeasy, this one's hidden behind a little barber shop on Yongjia Lu. It occupies the whole house, so this place is huge for a speakeasy: three big rooms and a large backyard. It's more 1930s and tiki bar than barber shop. Drinks start at 85rmb and are generally solid: several of the signature cocktails are fruity and geared towards younger ladies (e.g. the Justin Bieber), but they can definitely make a smoky grandpa drink if you ask. Music is mostly 1930s swing and jazz, but the occasional Top 40 anachronism does pop up. Good spot for a date, or if you've got someone in from out of town.

Flask was once a cramped and overhyped bar hidden behind a Coca-Cola vending machine in a sandwich shop on Shaanxi Nan Lu. When the entirety of that street was shut down, Flask Group relocated behind another sandwich shop just behind Beef & Liberty. Cocktails are in the 90-100rmb+ range and lean towards flashy and intriguing presentation. One includes a straight-up magic trick. It's more nightclub than Chicago speakeasy, but it's good for an early evening cocktail and a chat before the music gets turnt up. 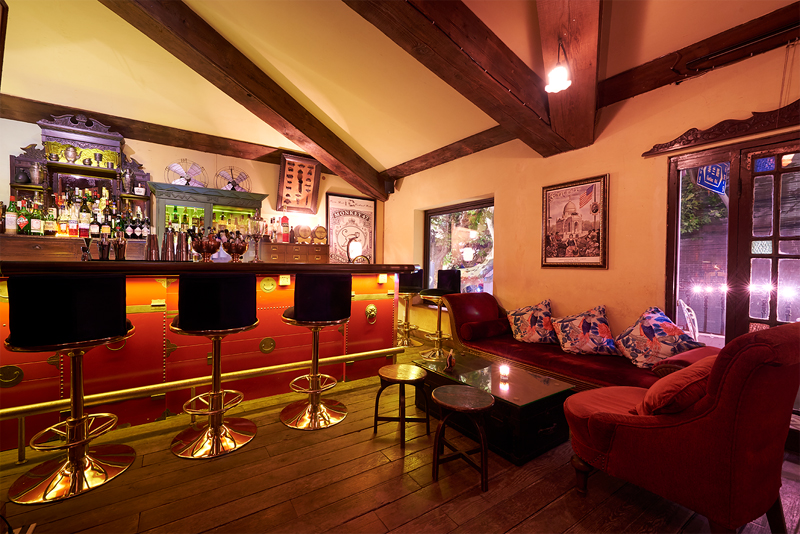 When the original Tastebuds died, Daniel An took the bar and put it in the attic of a popular but expensive coffee/antiques shop. You'd probably never know it was there unless you tried to peer through the second-floor windows from Sinan Lu. Dangerously close to cheesy for some people, it's a quirky, speakeasy-ish, curio-bedecked, tongue-in-cheek loft apartment doing Daniel An quality cocktails. Prices range from 75rmb to 110rmb+, with most signatures falling into the sweet or spicy categories.

Sober Company is not a speakeasy, despite being from Granddaddy Speakeasy himself, Shingo Gokan. As is typical for the indecisive Bacardi Champion, it's three-concepts-in-one, combining a café with an eatery and an atmospheric cocktail bar. The secret fourth location, however, is a speakeasy. After you've bought three cocktails and received a token at each location, you'll be invited into the hidden Tipsy. A tiny lounge festooned with cocktail trophies, it has no menu, allows no pictures, and will serve you only one drink ("Tipsy, not wasted") based on your preferences, typically an aged concoction costing 130rmb and up. Considering cocktails at the other locations go up to 100rmb+, it's a hefty entry-fee.

Definitely the most ostentatiously decorated speakeasy on the list, Bar Flow 2, aka Grand Bar Flow Hotel, is hidden behind a flimsy hotel reception desk themed after the Grand Budapest Hotel. Much like the original, it trades in instagrammability and hype. Heart-shaped bathtubs and pillow fight pits. Get anything more complicated than a whiskey sour and you're liable to be disappointed. One or two of the signature drinks left us feeling queasy. Go with a group of friends, order gin and tonics and make with the picture-taking. 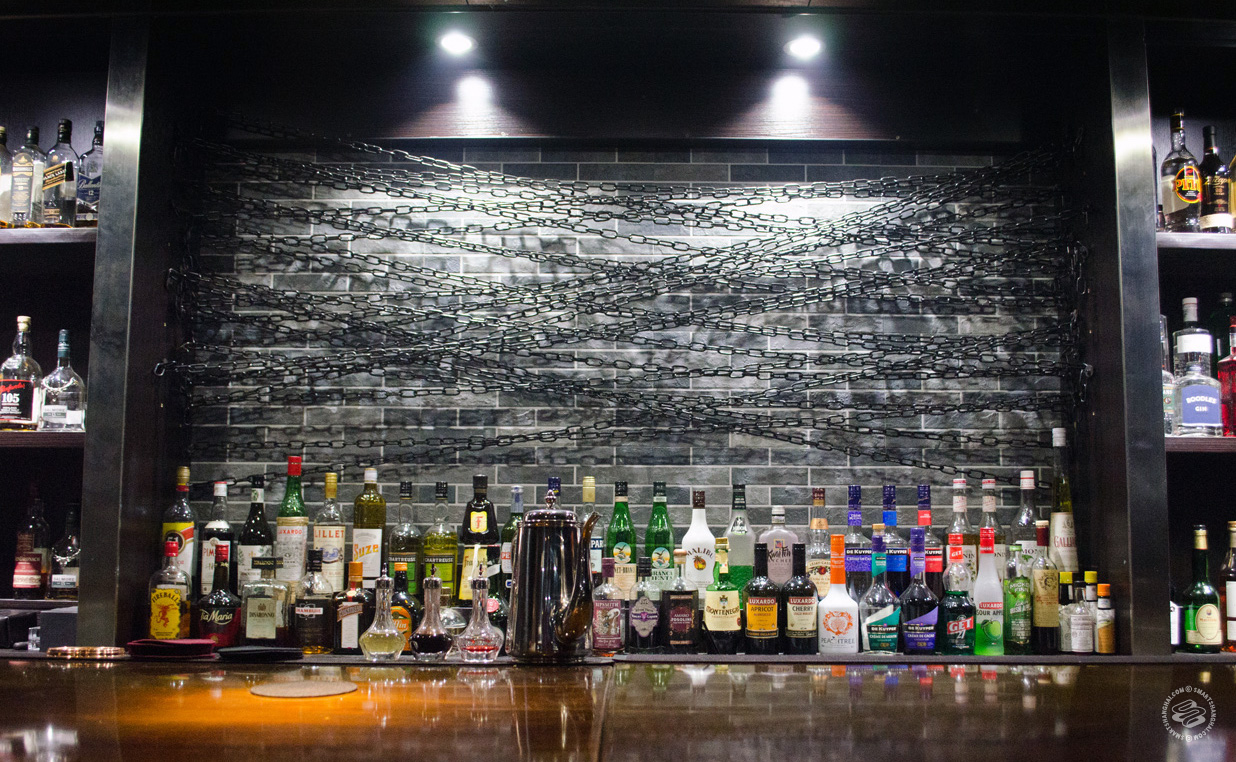 Finally, an actual speakeasy. Tucked behind an unmarked door in a commodities building in Yu Garden, Bar.Permanently is a one-man operation behind a mahogany bar-top with maybe eight barstools and not much else. The bartender is an XYZ alumnus who explicitly wanted a bar you'd never find unless you went looking. Something about only having people in your bar who actively wanted to be there. Bold strategy. Hope it works out, because he mixes an excellent Hurricane. There's no menu and prices are in the 80rmb range. If you want an actual speakeasy, this is your spot. We're not going to tell you how to find it.