What Happens If You Die In Shanghai

About five expats per day die in China, according to rough figures from a company in the funeral industry. It's not something we talk about or people know about, unless it's happened to a close friend or family member, and even then it's kind of taboo.

We talked to hospitals, lawyers, funeral parlors and an international human remains repatriation company to find out what happens if someone from another country or territory dies while in China, and how much it costs.

Bear in mind every country has different rules and laws regarding the funeral and repatriation process and what you read here is a general guide, not a specific legal process that will be suitable in all occasions.

ONE: Depending on where someone happens to be in Shanghai when they die, one of two things happens:

(a) At home or in a public place. The police are called and will come with a medical forensic officer to confirm the death and issue a report, though they won't actually determine the cause of death until the body reaches the funeral parlor. The police will then contact the Ministry of Foreign Affairs, then the consulate of the deceased to find and inform the next of kin.

(b) At a hospital. Hospital staff will inform next of kin or the emergency contact person and issue an initial death certificate.

TWO: The Public Security Bureau asks the funeral parlor closest to where the body has been found to collect the corpse and transport it to the parlor’s morgue. This costs 400-600rmb depending on distance and tolls.

All funeral homes in China are owned and run by the government. Of the 60 or so in Shanghai only two of them are legally permitted to embalm and encoffin (coffin sealing) the remains of expats: Shanghai Longhua Funeral Parlor and Shanghai Baoxing Funeral Parlor both of which are in Puxi. Cremation, however, can be done by any funeral home.

THREE: A medical forensic officer will go to the funeral parlor and determine the cause of death. Autopsies aren’t a legal requirement in China; they are only done at the request of the next of kin. These can cost from 6,000-36,000rmb.

THE FOLLOWING STEPS GET TRICKY

If you are the next of kin, and are in China, the following steps can be a hassle but are achievable by jumping through a lot of bureaucratic hoops.

However, if you are not in China, or if you just don't want the hassle of bureaucracy, you can appoint power of attorney to a third-party, who can collect documents and speak to bureaus/the funeral home/airline etc. on your behalf.

We spoke to several consulates and they all recommended Roseates, a repatriation service that specializes in all of this. These type of companies are exceedingly rare — we couldn't find another one, and given the consulate's stamps of approval, we spoke to Roseates for much of the following information.

Roseates was founded in 2008 by Wilfried Verbruggen, who worked in the funeral business back in Belgium. He came to China to work with European universities before eventually getting back into the funeral business. These days, the company handles several cases a week. Their services — excluding all the consulate costs and funeral home costs (embalming, cremation) — generally cost 1,200 to 1,600 USD per case. 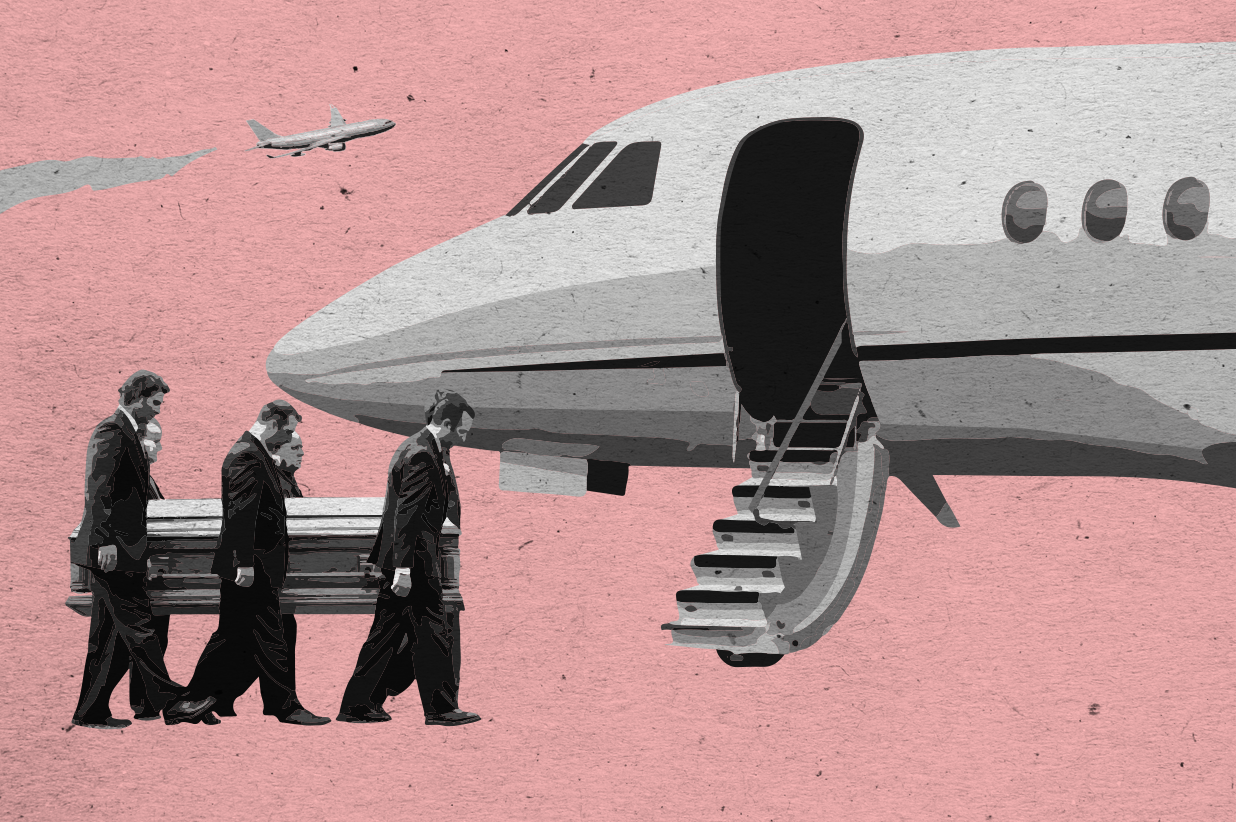 FOUR: Cremation or embalming. A decision needs to be made so the funeral home can proceed. Embalming costs from 36,000-65,000rmb (embalming process, coffin, make-up, storage) and is generally required to take place within 30 days of death. Cremation is around 4,500rmb (including an urn). Some countries will specify one or the other for immigration reasons, and some consulates require urns to be sealed.

FIVE: If power of attorney is invoked, this is when that happens, depending on the country a letter is completed and signed either by a notary or in the presence of a lawyer. This document goes to the consulate (either digitally or physically, depending on the country) so that the consulate can issue a Consulate Covering Letter. The document may need to be notarized or authenticated by the home country’s Foreign Affairs department and legalized by the Chinese Embassy in the home country. The process is specific to each country.

SIX: The person with power of attorney takes the death certificate (issued by the medical forensic officer or the hospital) or report issued by the police, along with the deceased person’s passport, and the Consulate Covering Letter to the Entry/Exit Bureau to issue an official death certificate. Not all countries accept the Chinese version of this, so a translated and authenticated version may be needed.

IMPORTANT NOTE: Before an official death certificate can be made, family members and next of kin have to accept the cause of death given by the medical forensic officer. If the parties involved believe the medical forensic officer's cause of death is incorrect, an autopsy has to be requested before an official death certificate is generated. The Chinese government will not reopen a case once the body has been successfully repatriated.

SEVEN: The Mortuary Passport. In order for embalmed remains to be transported out of China, some countries require them to be accompanied by a Mortuary Passport. The United Kingdom, for example, does not require this step. The person with power of attorney obtains this by taking the official death certificate, issued by the Entry/Exit Bureau, the Consulate Covering Letter, and the deceased person's passport to their home country's consulate, which will then issue the Mortuary Passport. If the corpse is cremated, the cremated remains do not need this. Some countries refer to this as a "No Objection Letter."

EIGHT: Someone in the home country needs to receive the corpse or remains and assist with passing through customs and the airport health department. This is particularly important this year because of COVID-19. Collection can be done via other repatriation companies or a representative from a funeral home in the home country.

NINE: Organize flights. It can get expensive. Flights to Europe and North America, for example, for an embalmed corpse, can cost from 20,000rmb to 80,000rmb. For urns and cremated remains, flights are about 8,000rmb. 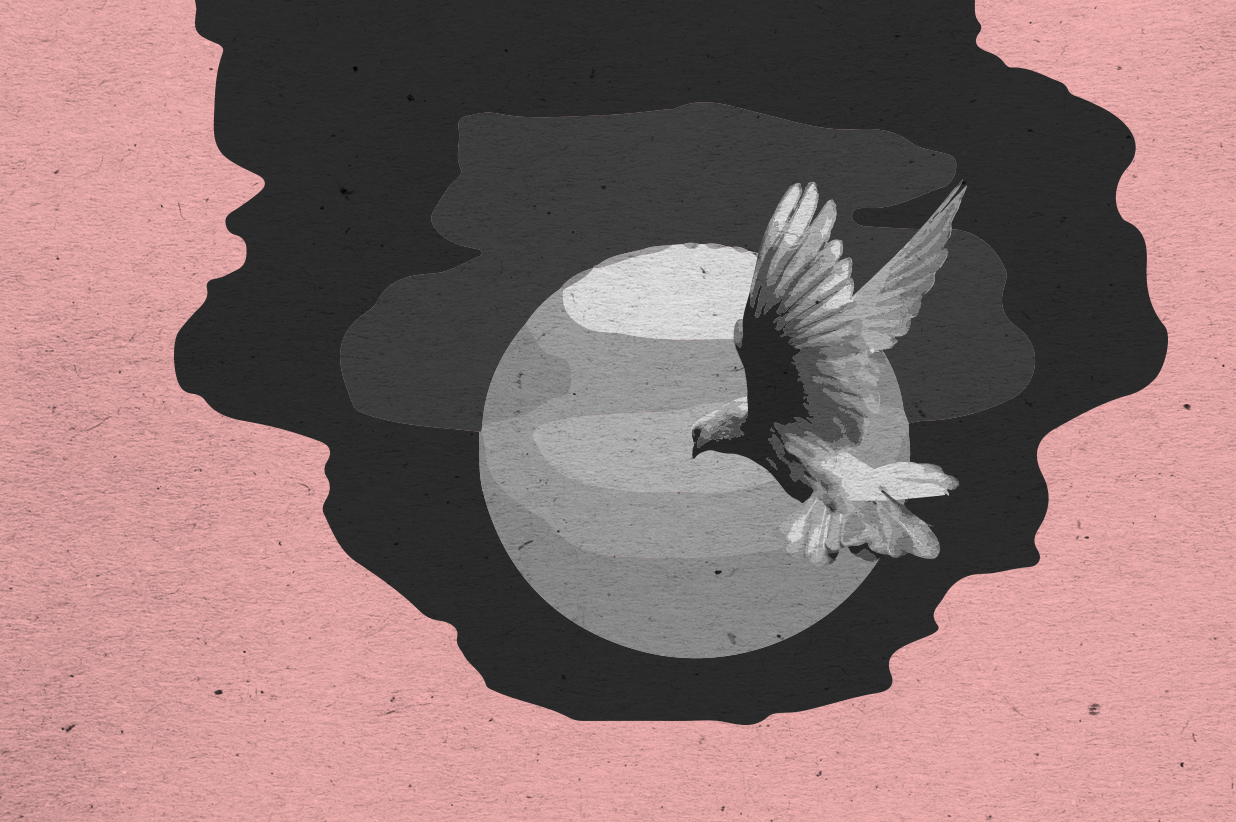 What about being buried in China?

After the Ministry of Civil Affairs released a regulation effectively banning the burials of non mainland-Chinese citizens in 2008, this is now only an option if the person is married to or has relatives that are from mainland China, and even then local authorities need to agree to the burial.

A person can have their remains kept in Shanghai if they choose to rent a space at the funeral home and have their urn on display. Space can only be rented for a maximum for three years. Once the lease is up the funeral home will scatter the ashes in a designated garden.

Funeral ceremonies can be held for non mainland-Chinese citizens. According to Shanghai Longhua Funeral Parlor, the ceremonies can cost between 5,000-10,000rmb. Take this price as a very rough and flexible estimate.

Can all these costs be covered by health insurance?

Yes. Typically, repatriation coverage will cover the majority of the costs but check your policy for the fine print. We’ve got a breakdown on various health insurers for China here. In some cases, coverage comes in the form of a payout made out to the stated next of kin — a sum agreed on when the policy was signed.

If repatriation in the event of death isn’t covered under your current policy, most insurance companies can add this to your package for a small additional cost. One insurer quoted an extra 1,250rmb on top of a 5,000rmb fairly standard health insurance policy (inpatient coverage) for a payout of 500,000rmb in the event of death.

There are insurers that can offer repatriation cover even if you don’t have a health policy with them but often won’t advertise/announce this, so you’ve got to ask!

What can consulates do to help?

Aside from everything already mentioned, many consulates will also:

- Help with transfer of funds back to the country of citizenship

Grief Counseling and Support in Shanghai

SIMHA and the Community Center Shanghai have counseling resources and people who can help. There’s also Lifeline, a free, confidential phone service, that can lend a friendly ear. For mental health support, our Health Directory has information on all major health facilities in Shanghai.