Beer, Wine, Sake: Places and Classes Where You Can Learn About Booze

Unfortunately, alcohol is one of the few things in life things that you can't just learn by doing. On one end of the spectrum, it can take a decade or more to become a Master Sommelier. On the other end of the spectrum, 10,000 hours of drinking makes you... an alcoholic. Here's a guide to just a little bit of what's available in the hazy, fuzzy world of alco-education in Shanghai.

For A Night Out 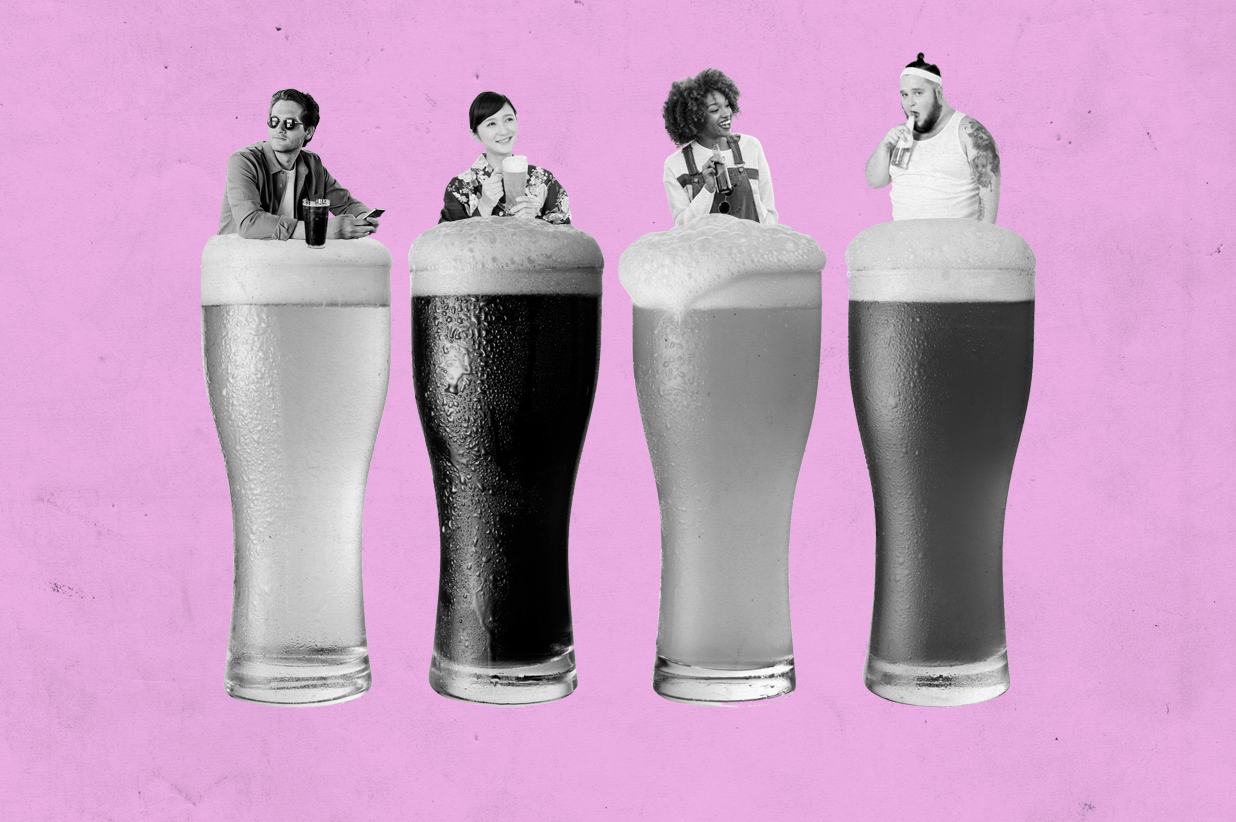 If you're looking to learn more about alcohol, a good place to start is in its natural habitat: a bar of some description, especially one with a friendly (and not too busy) person behind the bar who can help you figure out what you like. Here are just a handful of places you can go on a night out where you're likely to learn something just by drinking.

If you're looking to do some solo wine-tasting, you're swimming in options for wine bars. We did an article on some of the best places in Shanghai to stain your teeth purple, but some easy highlights are La Verre a Vin, Vinism and Wine Universe. Others, such as the popular SOIF and RAC, stock natural wines that might be good to revisit after you've learned a bit more about the basic models first. For Chinese liquors like baijiu and huangjiu, HEALER should be your first port of call. Phoebe Han has been one of Shanghai's best advocates for baijiu and huangjiu for nearly a decade, and her cocktail menu includes handy descriptions of where the base liquor is from and adds a little story and context to each drink. Another good option is 1945 Chinese Tavern, an approachable place to learn about huangjiu especially. They have little flights highlighting the breadth and depth of Chinese booze.

If you're not that self-motivated, you can try taking Untour's Speakeasy Tour. It starts out with a basic cocktail-making class for absolute beginners, and walks you through several bars in quick succession. 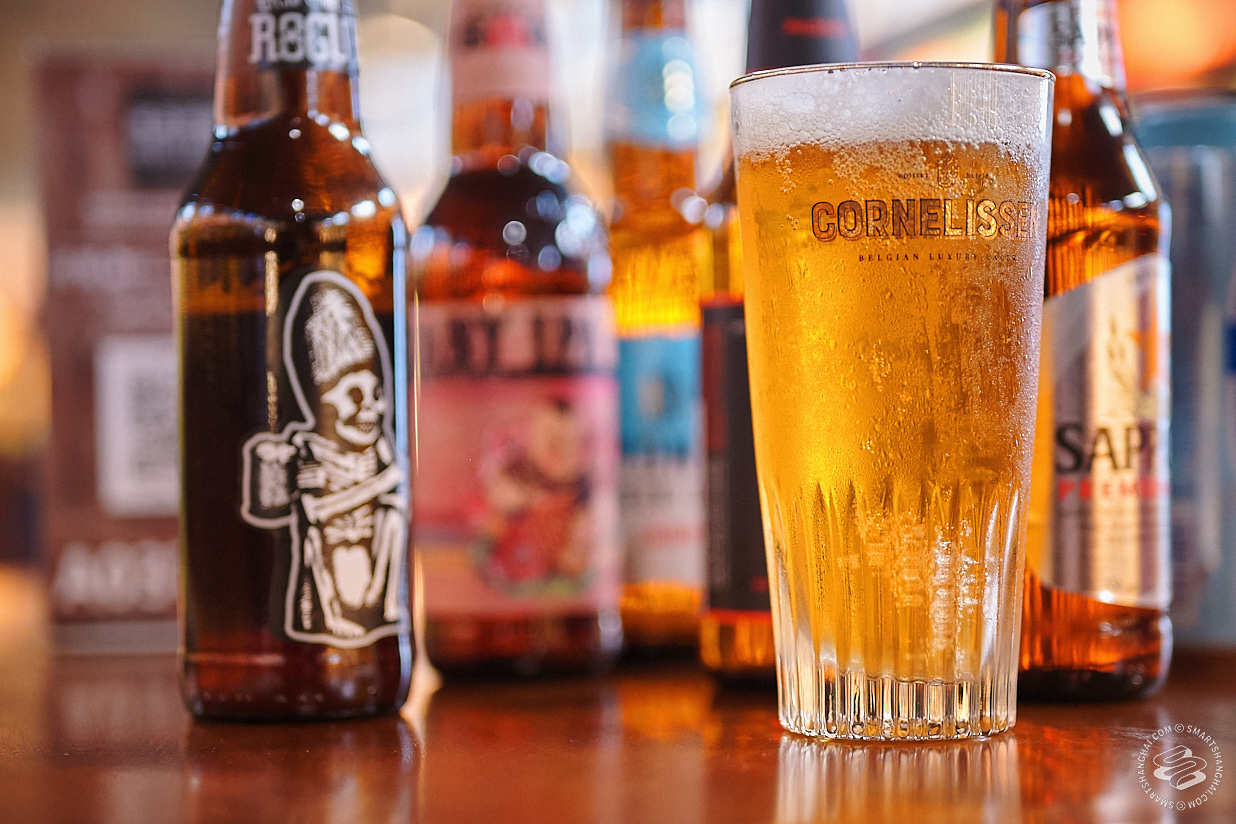 In the world of beer, there are beer flights a-plenty. Good names to call out for interesting beers are Mikkeller, Beer Barrel, Ask, 233 and Ming Ri. Or, y'know... Beer Lady. Just go pull things off the shelf. Commune Reserve hosts a Beer University every once in a while as well.

Another good option for learning in a relaxed environment is Ladies Who Drink (men are allowed) which started out in 2018 as a semi-regular, seminar/workshop/drinking sesh run by a veteran bartender. It's meant to be a safe space for people to learn about and ask questions about they might feel awkward asking a bartender for fear of being judged. It usually starts with a bit of a talk and a demonstration and within a couple of hours devolves into a night out. Check our events section for the next one, or reach them at ladieswhodrink@outlook.com.

For The Casually Curious 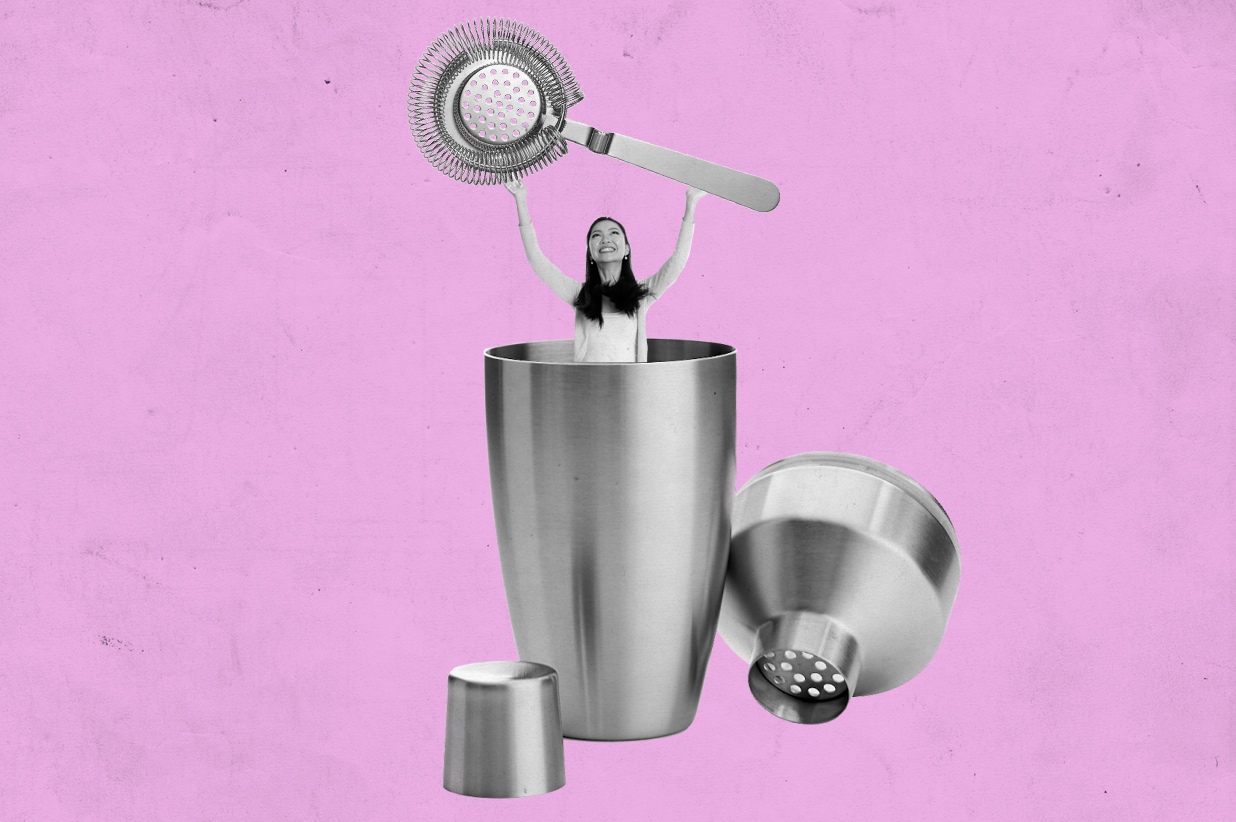 This is one step up. Here we have some actual courses and masterclasses — things you pay to go to and intentionally learn about alcohol. You should probably be sober when you start.

Mixlab is Bacardi's official bar. The front room is designed specifically for classes, and they run a simple cocktail course every Saturday at 3pm (other classes at irregular hours). It's 268rmb per person, and although most of it is in Chinese, simple English is used throughout. 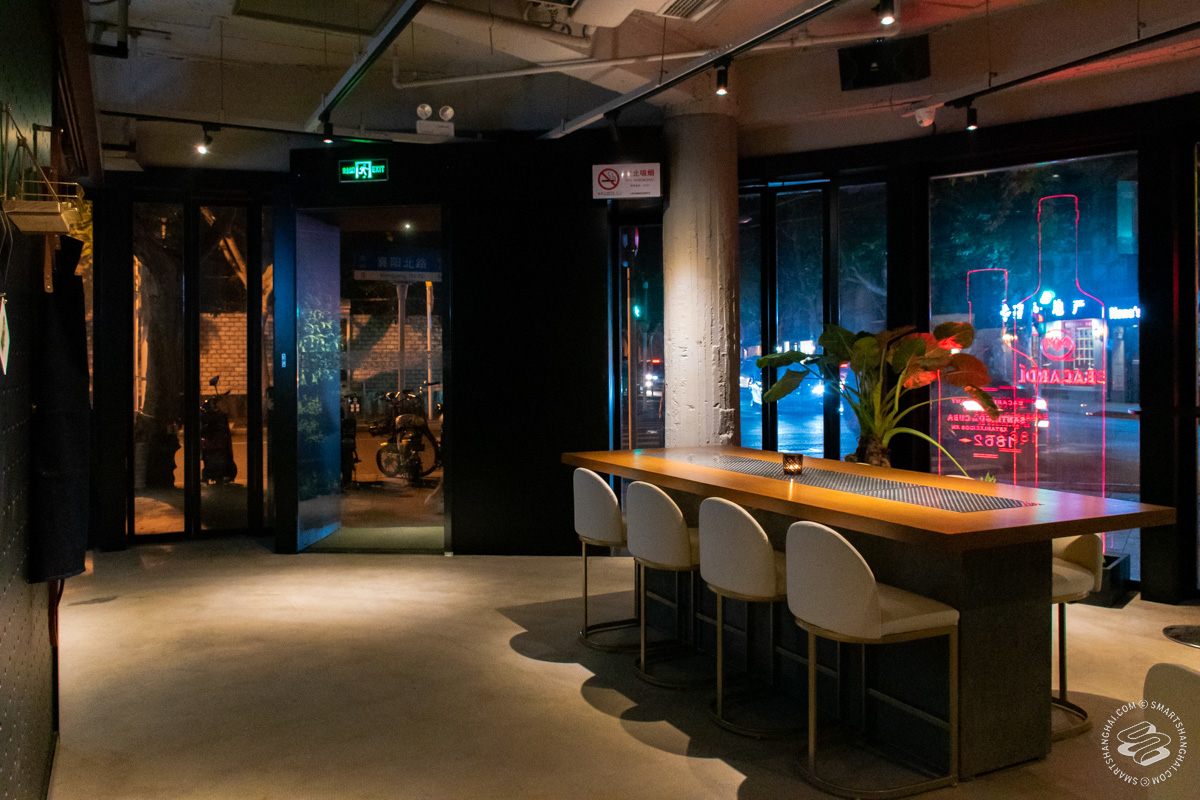 Food Theory mainly do cooking and baking classes (hence, you know, the name) but also offer cocktail courses. They typically organize them by base spirit, done two ways. Lessons are one hour and cost 350rmb for their basic cocktails.

The Ladies Who Drink do a more structured cocktail course through their company, Spirits Box. The two-hour classes are 275rmb and include three cocktails (usually a shaken, a built and a stirred one), and they currently operate out of the Food Theory space. You can reach them at info@spiritsbox.com.au. 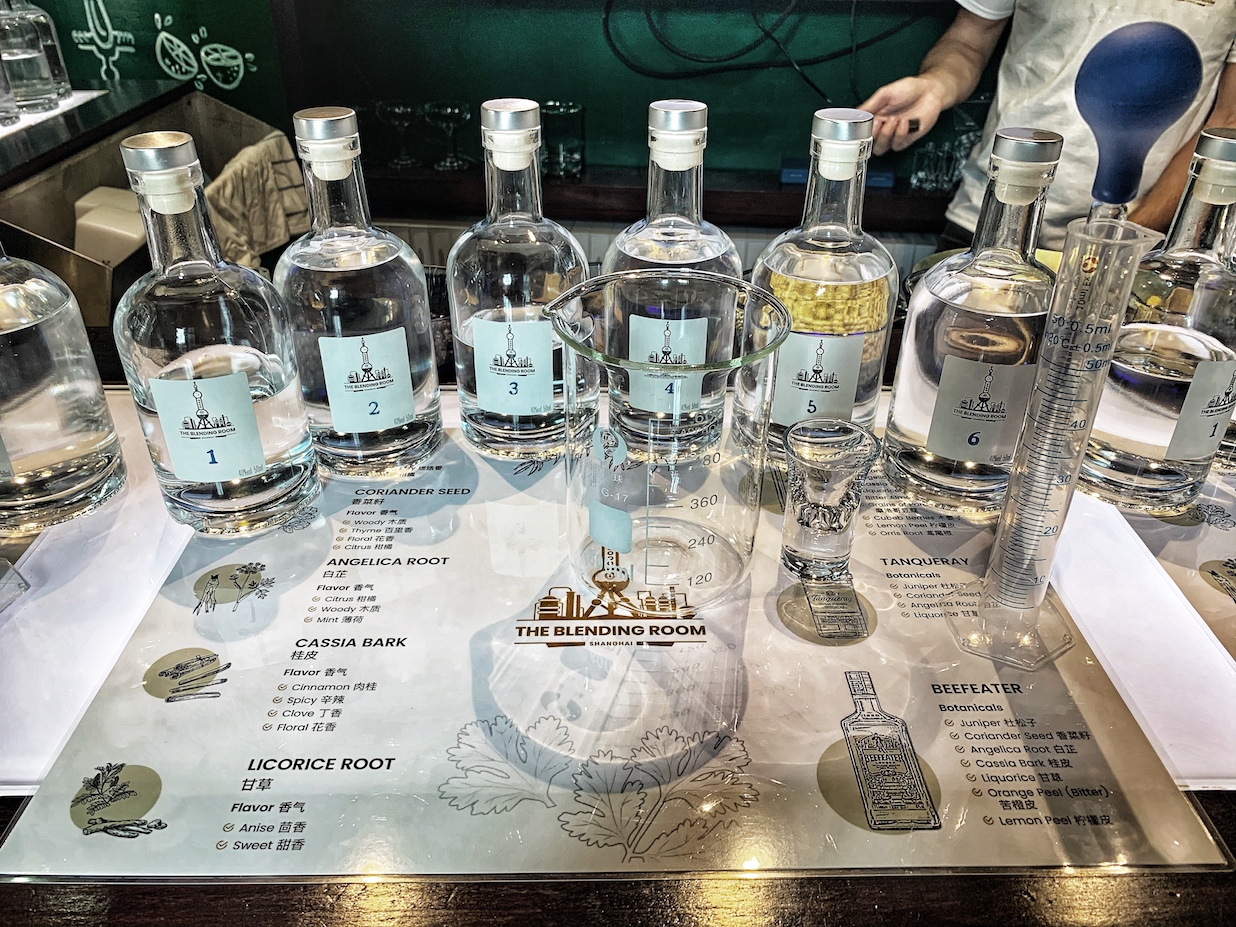 Blending Room started up in October, offering a 588rmb two-ish-hour workshop on gin, even running a distillation in a pot still during the workshop. Participants get to mix and match eight flavored distillates into their own gin mix, taking away a 375ml bottle and three 50ml bottles. They plan on starting sessions on baijiu and whiskey in the future. You can get in touch with them via the Pudao Wines on Wukang Lu, for now, which is where they operate their workshops. 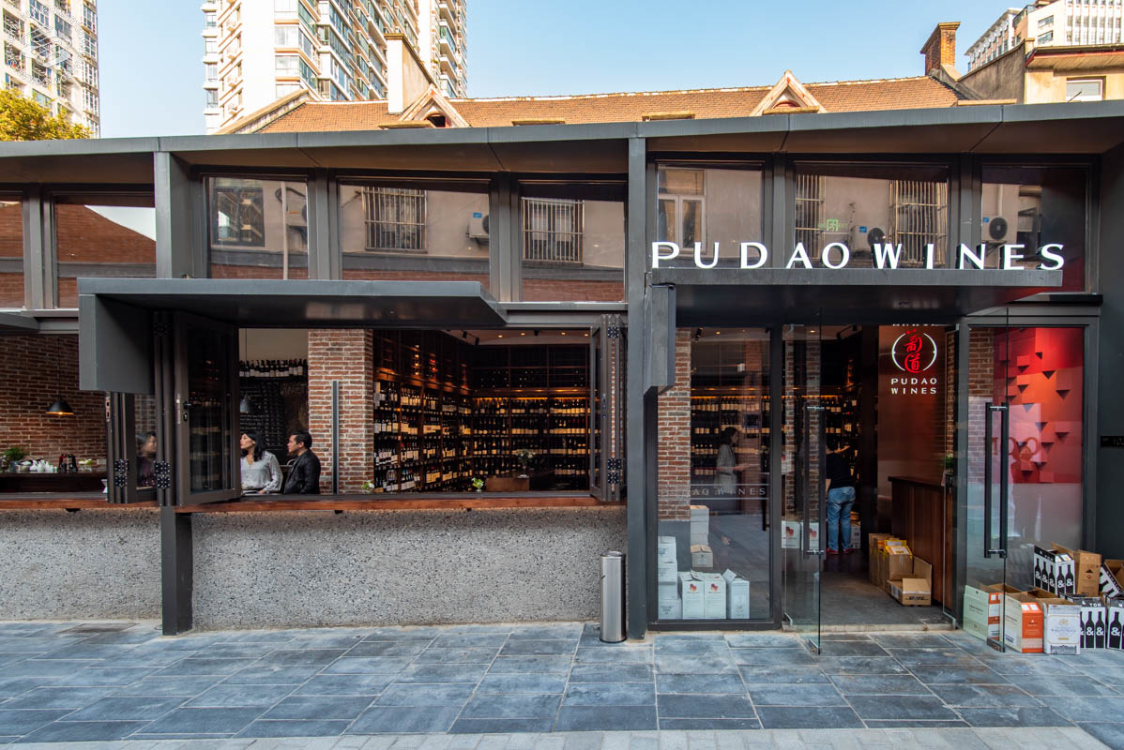 Speaking of Pudao, pretty much any wine shop in Shanghai will organize tastings, but Pudao Wines is known for its variety, relatively low barrier of entry, and their regular Wednesday uncorkings where they just open a few bottles for visitors to try out. They do, however, do proper guided tastings in English (harder to find than you might expect). It's third Saturday of the month at the new Shankang Li location, and third Sunday of the month at Ferguson Lane, and then others as the opportunity arises. 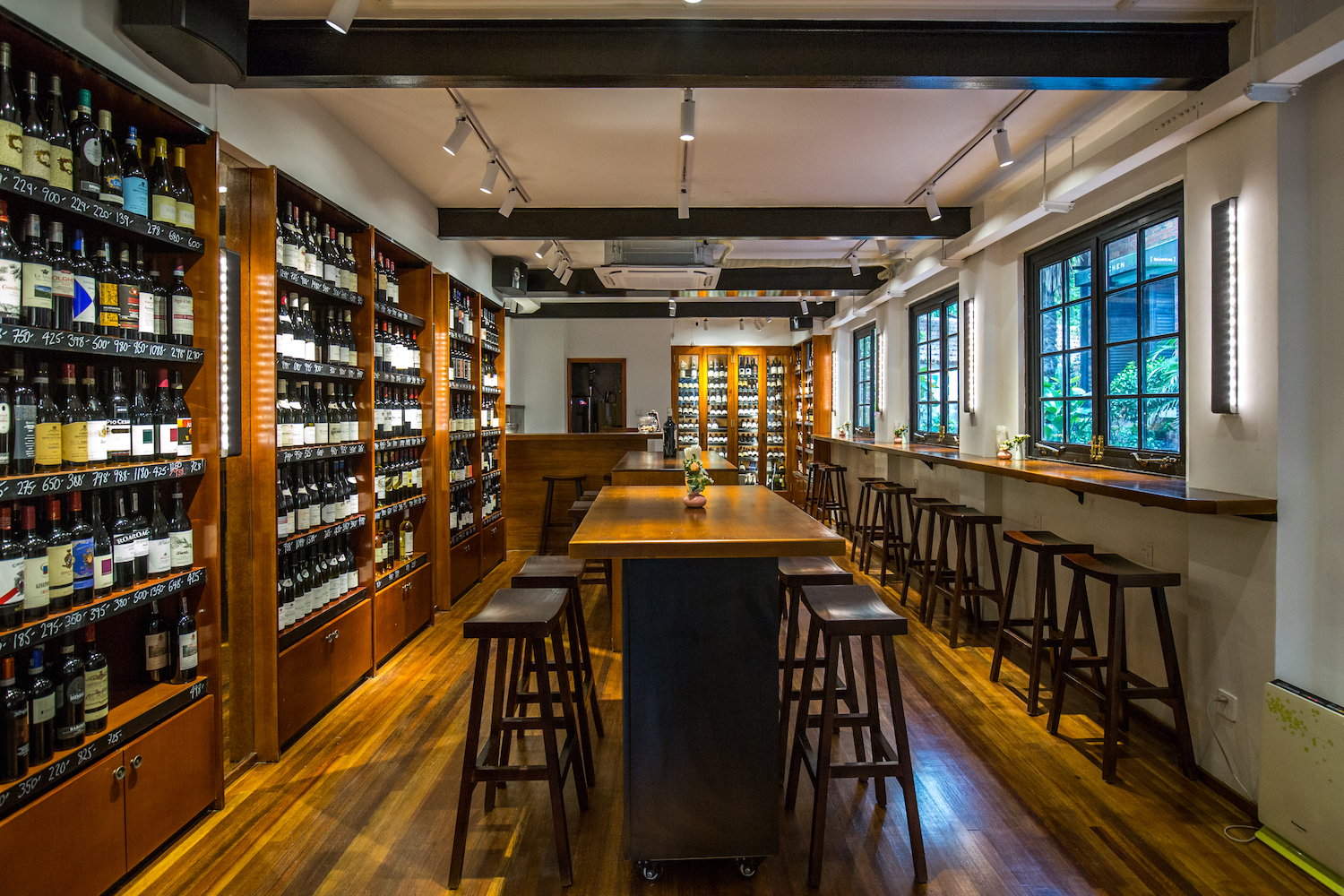 You can also keep your eye on our event listings for masterclasses or bartender guest shifts: these are good opportunities to see and hear people who work with and produce spirits talk about them.

Finally, for beer, Mike Sherretz is the king of homebrewing in Shanghai. He runs classes and will help you get all the equipment you need to get started. You can find him on WeChat at Mike-Homebrew.

For Booze Nerds to Alcolifers - the Qualifications 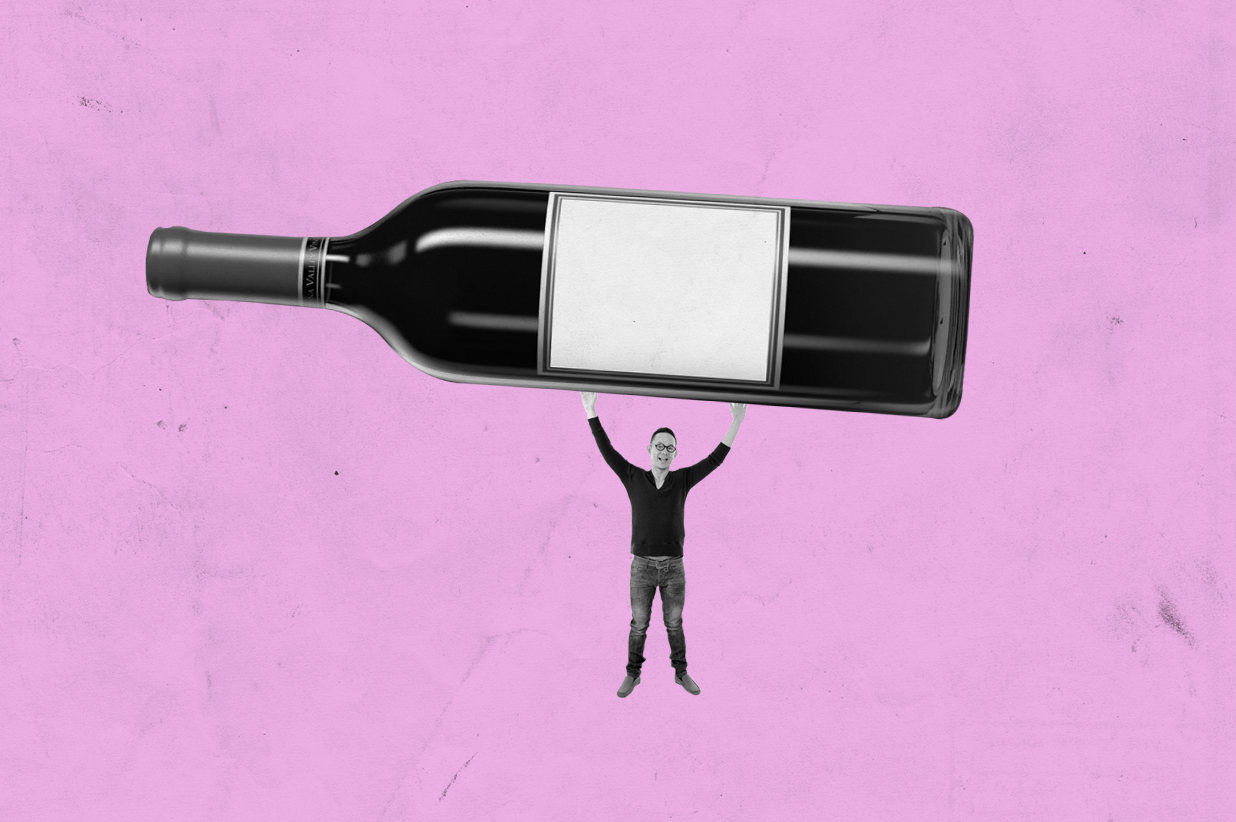 Time to get serious. This is for people who want some paperwork to back-up their claims to knowledge.

There are literally dozens of qualifications out there, and the politics of which one is legit and which is not could fill books.

You might also note that while there are many cocktail masterclasses, there are no bartending qualifications here. That's because there aren't any that are good. Your time would be better spent working behind a bar.

Let's start with the obvious. Wine is the drink of choice if you want certificates, diplomas, exams and all the petty bickering of an academic specialization. Getting into wine education is basically like going back to university, and it's just as easy to sink your money into something that'll end up being useless if you're not careful.

We're just going to mention the one most people are recommended to start with; Wine & Spirits Education Trust (WSET). This course starts out with Level 1 which is (depending on who you ask) either a good intro to wine or a total waste of time. Level 2 is the first one that means anything; Level 3 is where it starts getting very serious. The Level 4 Diploma is an enormous time investment which sets you up to take the "Master of Wine" program, which is treated with almost religious reverence. Pass that, and you get to put "MW" after your name like a doctorate. There are literally hundreds of places offering WSET certifications in Shanghai. One name we heard recommended a few times was Essentia, a company run by Sandor Hunyadi, who got the WSET Diploma in 2016 and has been an official WSET Educator since 2017. He teaches WSET Levels 1-3 in English whenever he has enough students for a particular level. As an example, the WSET 2 course, including the training, materials and wines is usually a three-day course, plus the exam, and can cost between 5,500 and 7,000rmb depending on market prices. You can reach him at sandor@essentiaconsultancy.com.

Another option is Dragon Phoenix Wine Consulting, established by Fongyee Walker MW and Edward Ragg MW in Beijing in 2007. They offer their own DP certification, as well as the Level 4 Diploma. Gus Zhu, China's first Master of Wine, works with them. He also offers private courses in "all qualifications," up to and including Master of Wine. His website's scant on details, but you can enquire at courses@guszhu.com.

Cicerone isn't exactly the WSET of beer, but it's close. This is a well-regarded certification, and the most basic level, the "Certified Beer Server," costs 69 usd and is good for pretty much anyone who cares about beer. It can also be taken entirely online. If you pass it, your name goes into a global database.

From there, the Certified, Advanced and Master Level courses jump up in price dramatically. The four-hour Certified Cicerone exam costs 225 usd for the written portion and 175 usd for the tasting and demonstration portions. The Master costs 1,000 usd. Unfortunately, due to The Thing, there aren't any exams currently scheduled in China. Considering they recommend a year or two of study before taking the Certified Cicerone exam, you have time. If you'd like advice on the Cicerone qualification, try going to Mikkeller: all the staff are expected to attain at least the Level 1 "Beer Server" qualification. Sake also has a WSET certification, though that's less commonly known. In Shanghai, Michael Ou from Ou! Sake is authorized to teach both WSET Level 1 and Level 3 in sake (there is no level 2), as well as Levels 1 and 2 of the Sake Sommelier Association (more of a service-oriented qualification). Courses are a little pricey: WSET Level 1 costs 1,980rmb, while Level 3 costs 10,800rmb. Level 3 is taught in English only, but Level 1 is mostly taught in Chinese. You can reach them at service@ousakeppl.com.