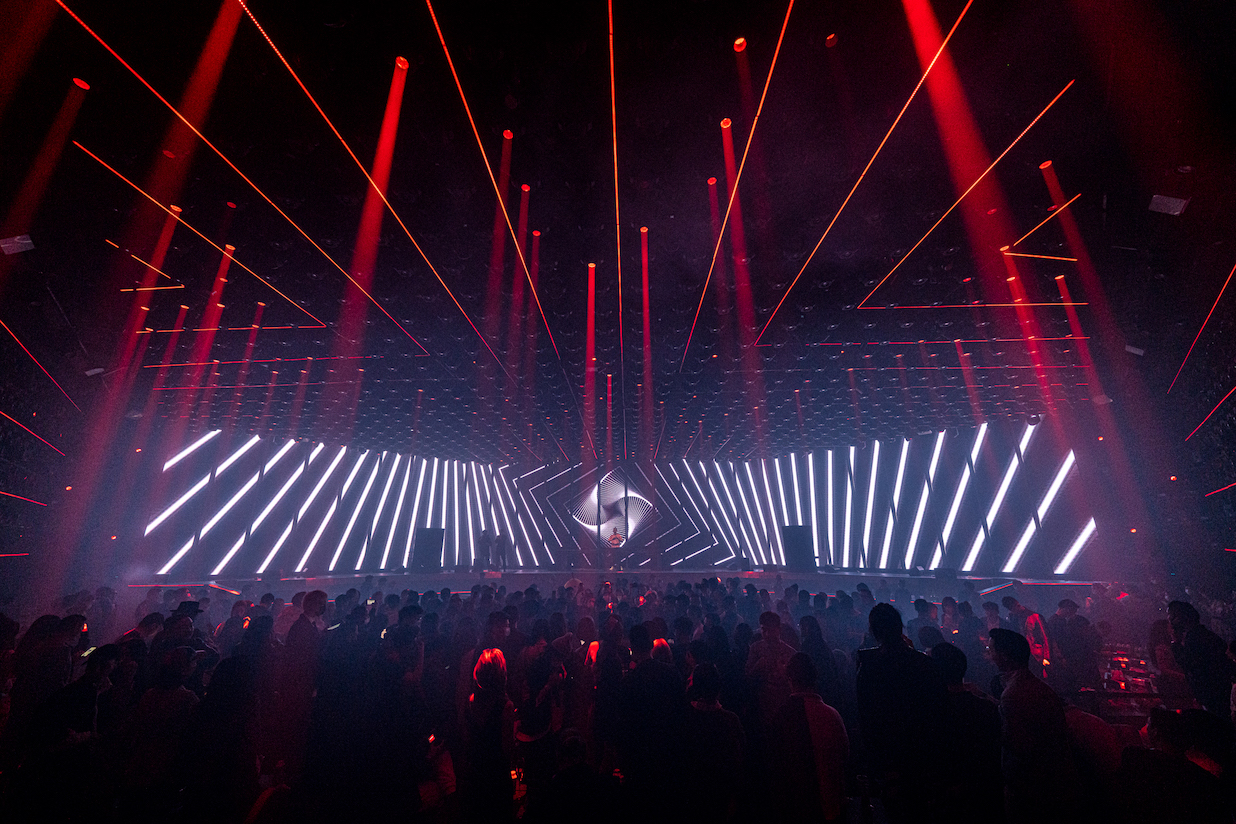 MASTER is meant to be one of the headline features of the new TX Huaihai Youth Energy Center. The nightclub — sorry, "24-hour light and shadow art interaction space" — was set up by RT Group (Round Table) in collaboration with teamLAB, an "interdisciplinary group of artists, designers, mathematicians, engineers, and programmers self-labeled as 'ultra-technologists.'" Fancy way of saying they make achingly cool stuff with light, sound, and technology. They opened a giant digital wonderland museum on the Bund last November. MASTER, with interior design by Shanghai-based Atelier I-N-D-J, promised to be like partying in the internet-famous teamLab light tunnel. As far as nightclub gimmicks go, that's a good one. Unfortunately, we hadn't been in to see it in action. So when we got invited for a media tour of TX Huaihai and also, it turned out, a VOGUE party of some description, we jumped at the chance to check out the inside of the club without having to pop bottles and stumble to bed around 3am. We're here for the art.

Turns out it was a good day to go, as we were treated to Shower³ by teamLab - Shanghai, a light art piece created especially for MASTER to show off exactly what they can pull off with their impressive set up. 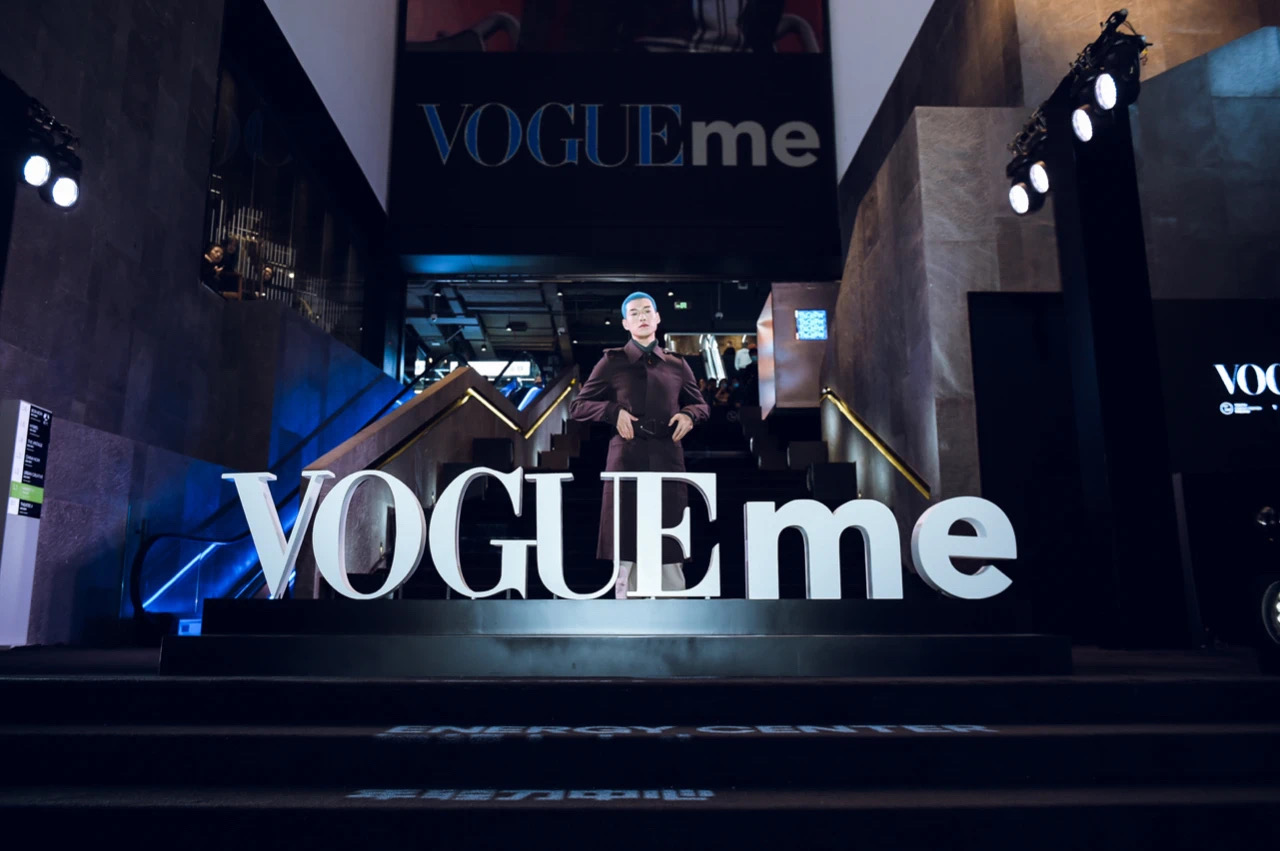 Working your way up to the fifth floor — I think? The inside of the mall is kind of a confusing, exceedingly trendy maze of clothing pop-ups and art galleries — you'll find the hallway leading to MASTER is pitch black. A disorienting experience when sober, and probably a full attack on the senses when drunk.

Turns out that could be a good way to describe MASTER as a whole. 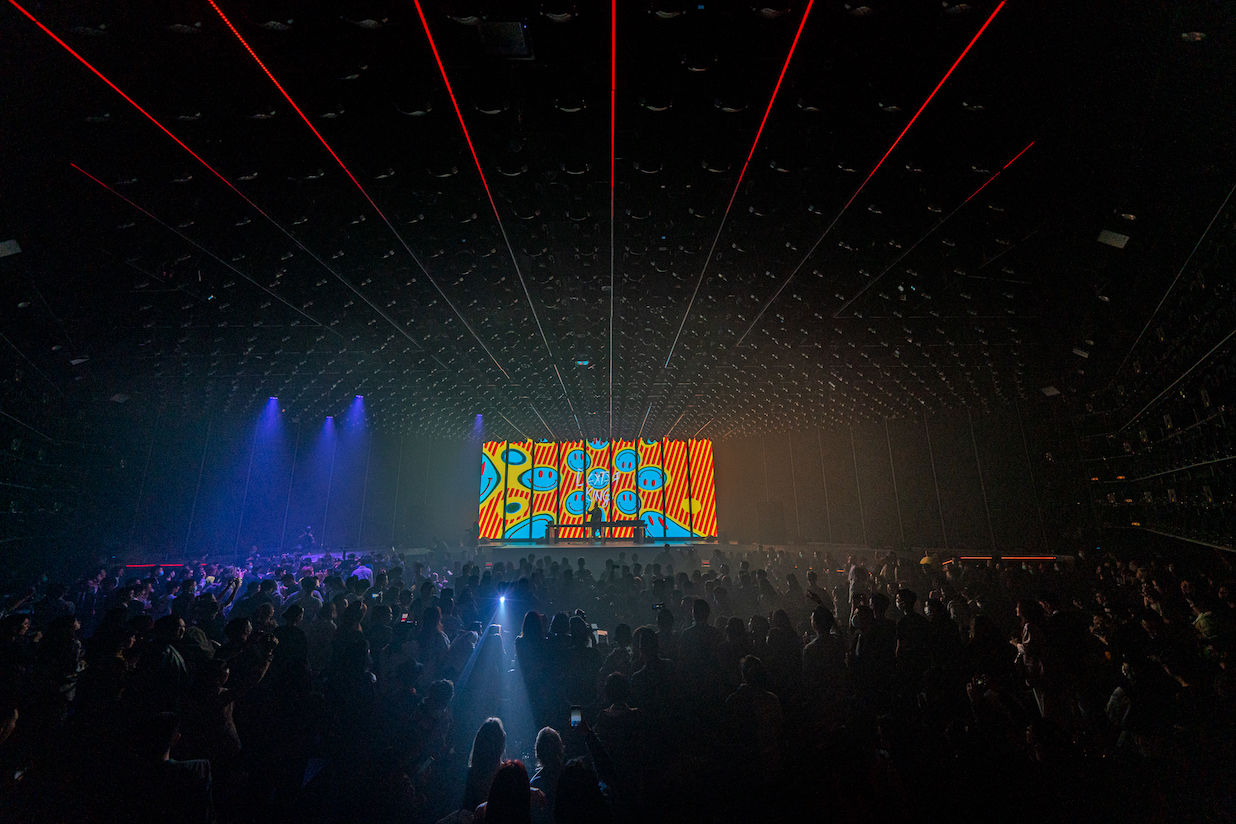 The space itself is the sort of large, concrete, multi-functional space that can do anything. The highlight is that every inch of this grey cube is covered in light fixtures and laser guns. There must be thousands. Giant light plates behind the DJ altar flip around to reveal even more. It's intimidating. 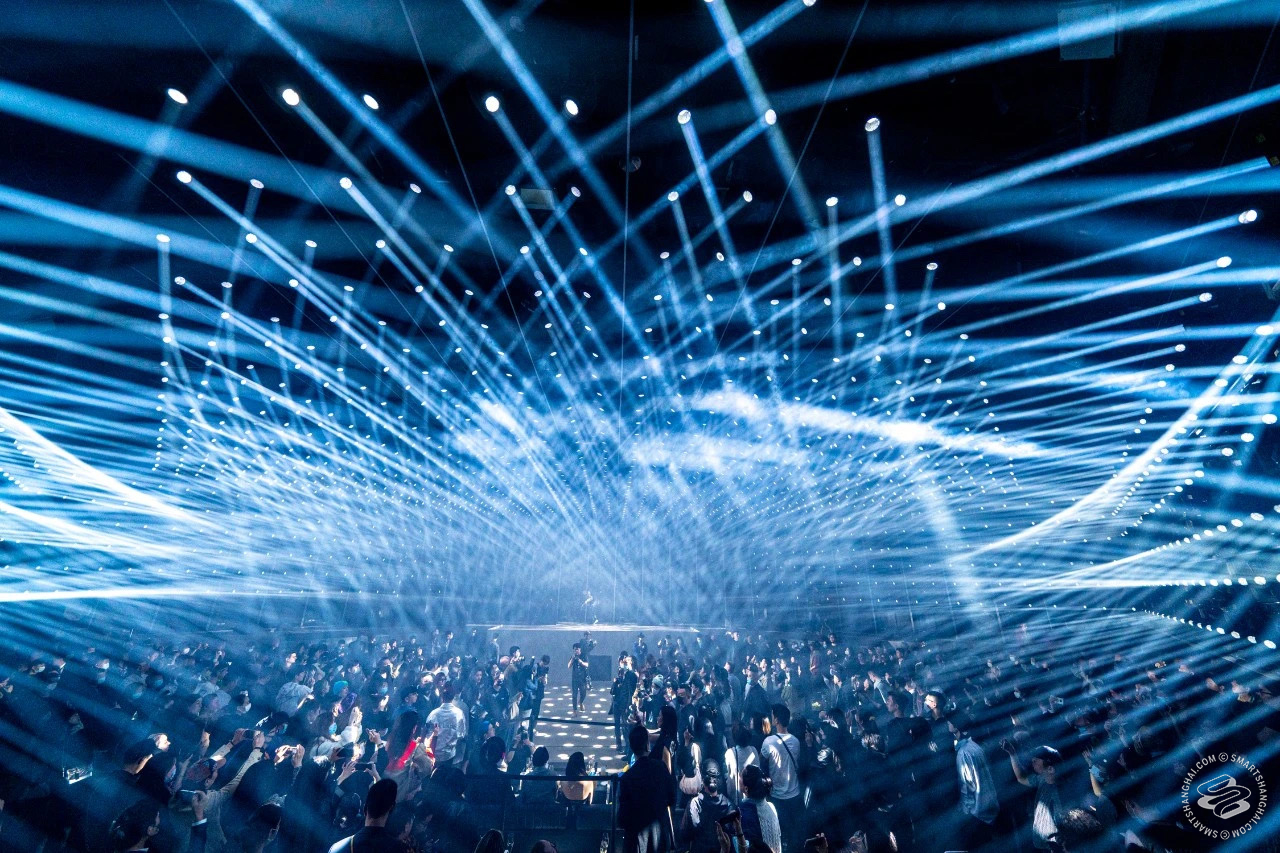 They were demonstrating "Shower³," a performance created by teamLab. At first, it just seems like a bunch of choreographed spotlights.

Epilepsy Warning: A very small percentage of people may experience a seizure when exposed to certain visual images, including flashing lights or visual patterns. These seizures may have a variety of symptoms, including lightheadedness, altered vision, eye or face twitching, jerking or shaking of arms or legs, disorientation, confusion, or momentary loss of awareness. Seizures may also cause loss of consciousness or convulsions that can lead to injury from falling down or striking nearby objects.

Immediately stop viewing and consult a doctor if you experience any of these symptoms. Parents should watch for or ask their children about the above symptoms. Children and teenagers are more likely than adults to experience these seizures.


The universe peels itself back and you stare directly into the Color Out of Space.

This is not a Radar. I'm not going to give you my first impressions of how MASTER rates on the nightclub scale of TAXX to Mars. All I can tell you is that I have seen the lighting rig that sets it apart from every other club in Shanghai, and it is insane.

It's not always going to be like this. At other times, I've seen the club — gah, sorry, sorry, 24-hour light and shadow art interaction space! — use its thousands of light fixtures and meter-high LED plates to flash the word "MASTER" in giant yellow letters as EDM plays. But when it wants to, MASTER feels like partying in the teamLab light tunnel, and then some. 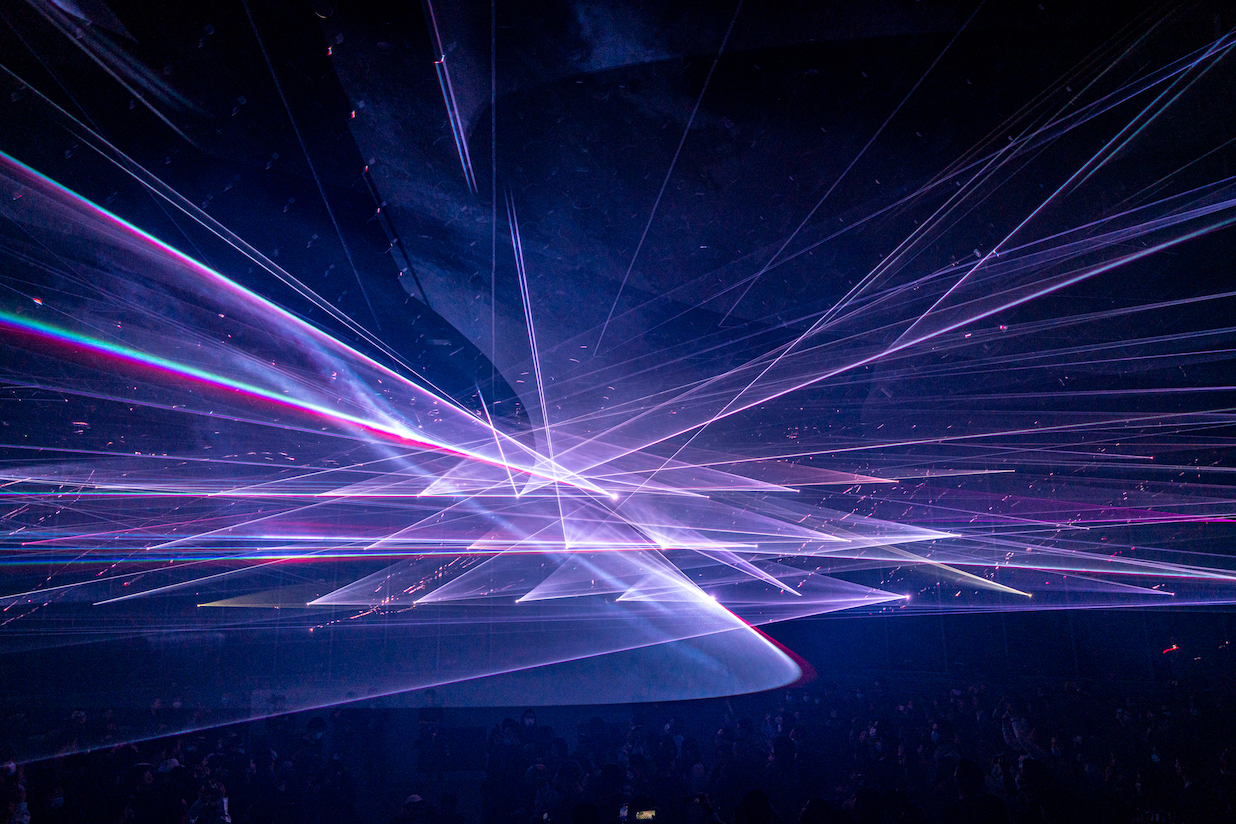 Find more on nightlife in Shanghai via the SmSh Directory.