Seven Hot, Warm, Naked Bathhouses for Winter. And Beyond

Japanese sento, Korean jimjilbang and Chinese hot pools.
By Beth Roulston Nov 25, 2020 2020-11-25 Health & Wellbeing
I love a good hot bath. Too bad there's fewer bathtubs than Wagas in China. But there's a solution: the bathhouse! Fun, adventure grounds where it’s acceptable — encouraged! — to strut around as naked as the day you were born, bouncing from sauna to pool and back.

The origin of bathhouses is debatable. Some say it was the Romans (who found a hot spring in Britain, now called "Bath"), others the Finnish (who invented the sauna). The Turkish have a claim as well. Their popularity died off in Europe with the Plague.

Not in Asia! In Japan, public bathhouses have been a central part of the country’s culture for thousands of years. Nowadays, there are more than 5,000 sento across Japan, and the experience is almost meditative. South Korean spas, jimjilbang, are more for having fun. Twenty-first century Korean bathhouses are elaborate, known for giving you the scrub of a lifetime and crammed with entertainment and food.

In China, public bathhouses and hot springs really took off about 800 years ago, though the public bathing tradition took root much earlier among Buddhist monks and Tang dynasty royalty. Even back then, there were add-ons like back rubs and hairdressing.

Today, the bathhouses in Shanghai are pretty international. There are Japanese, Korean, and Chinese versions out there in the city, serving the heaving, naked masses of Shanghai. For 100-200rmb (or cheaper if you check on Dianping), you can spend hours soaking some heat into your frigid bones. Especially in winter.

(You may have noticed that our typically high standard of photography is looking a little more generic than usual. That's because the bathhouses wouldn't let us take photos inside for some reason. Imagine that! Instead, enjoy this steamy stock photography we picked out just for you.) 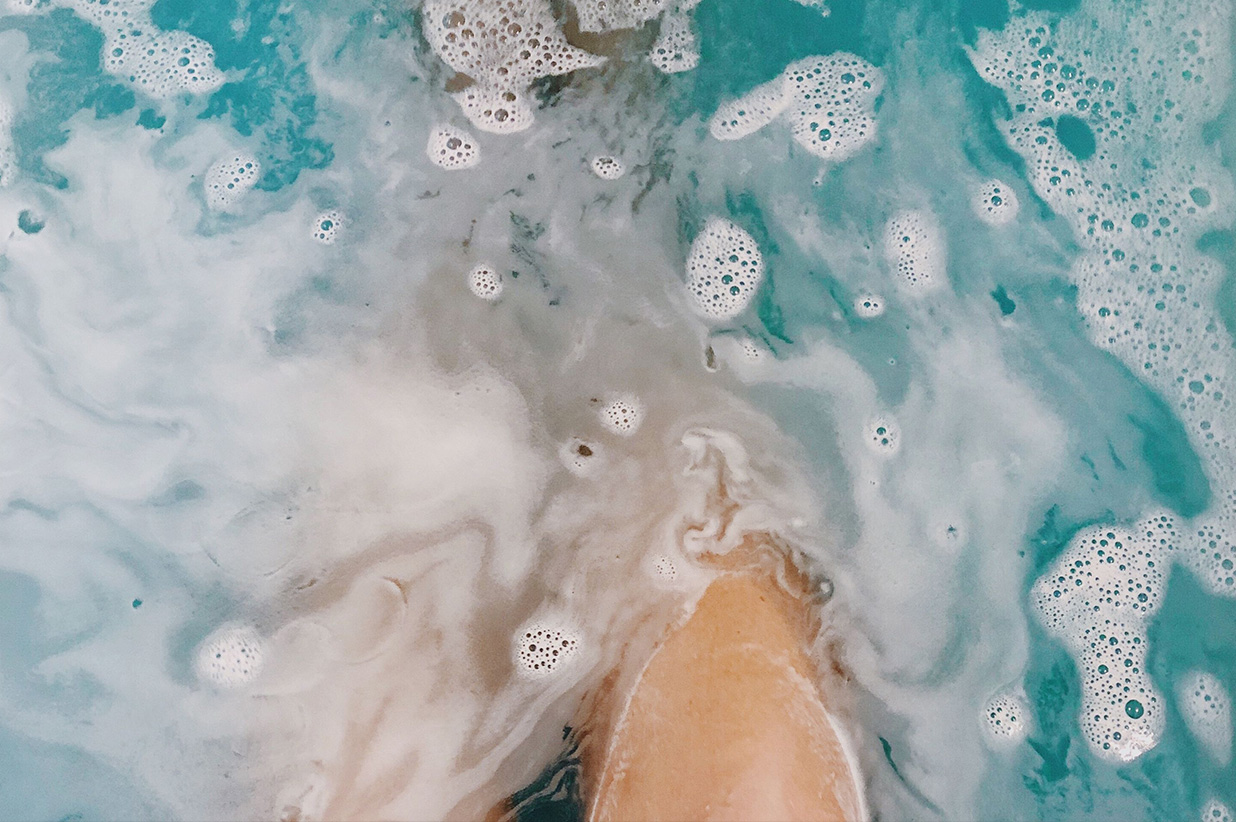 The granddaddy of all Shanghai bathhouses, New Star, is a Korean-style chain that is cheap, cheerful, and great value for money. It has loads of entertainment on top of its gender-separated hot baths, huge armchairs to relax in, massage area, outdoor public pools (in the Hongqiao location) — there’s even a kid's water playground — indoor saunas and a crazy walk-in freezer. For less than 100rmb you can get a cold draft beer and a Korean dish. Backscrubs here are more aggressive than Cheersum. 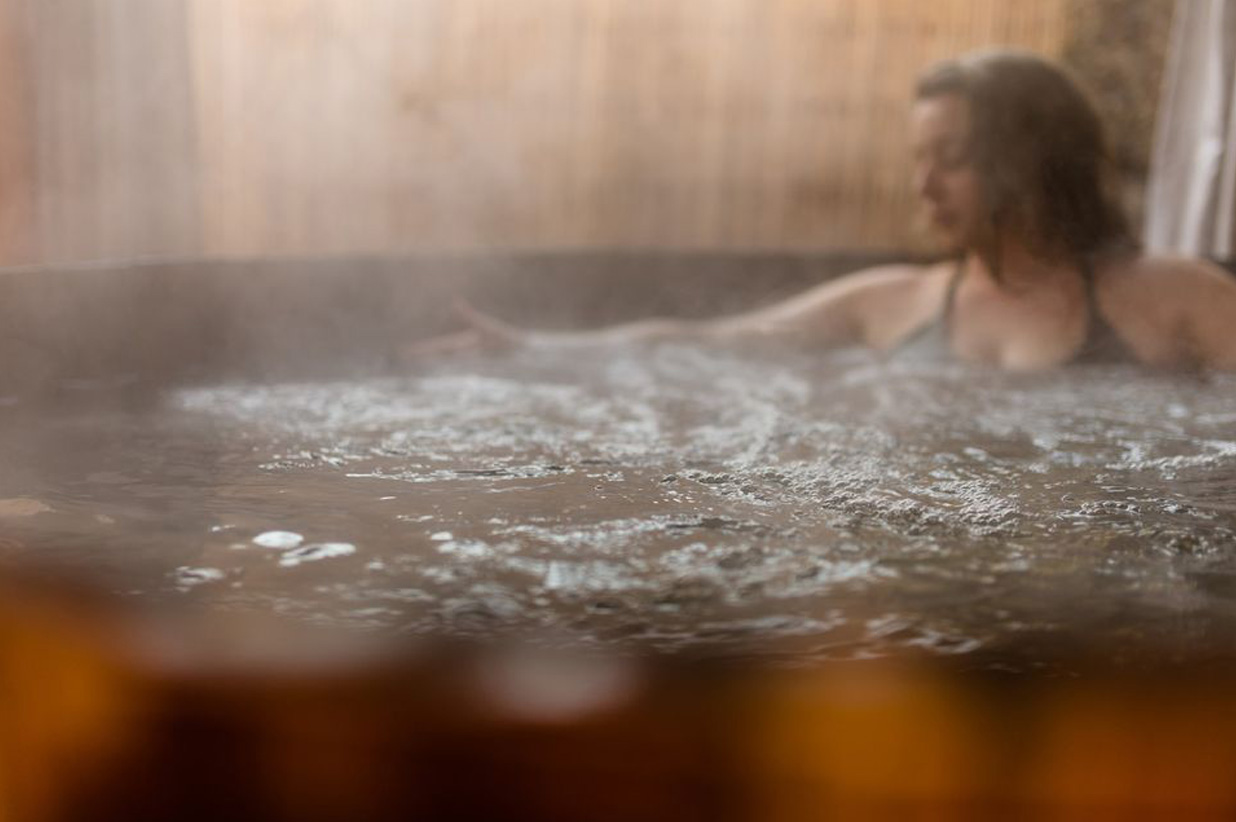 The mature, luxurious, much less kid-friendly Chinese bathhouse chain of choice for people that want a day to rest and relax. Cheersum has four locations across the city and even serves hotpot — the winter dish of choice! The Jing’an location has numerous pools, hot tubs, hot stone rooms, oxygen rooms, pass-out-in-front-of-a-TV-watching-action-movies rooms, gyms, game rooms with pool tables, and more. It's known in international circles for being very clean and having low-key, relaxing vibes.

Entrance is around 200rmb, making it one of the most expensive on this list. 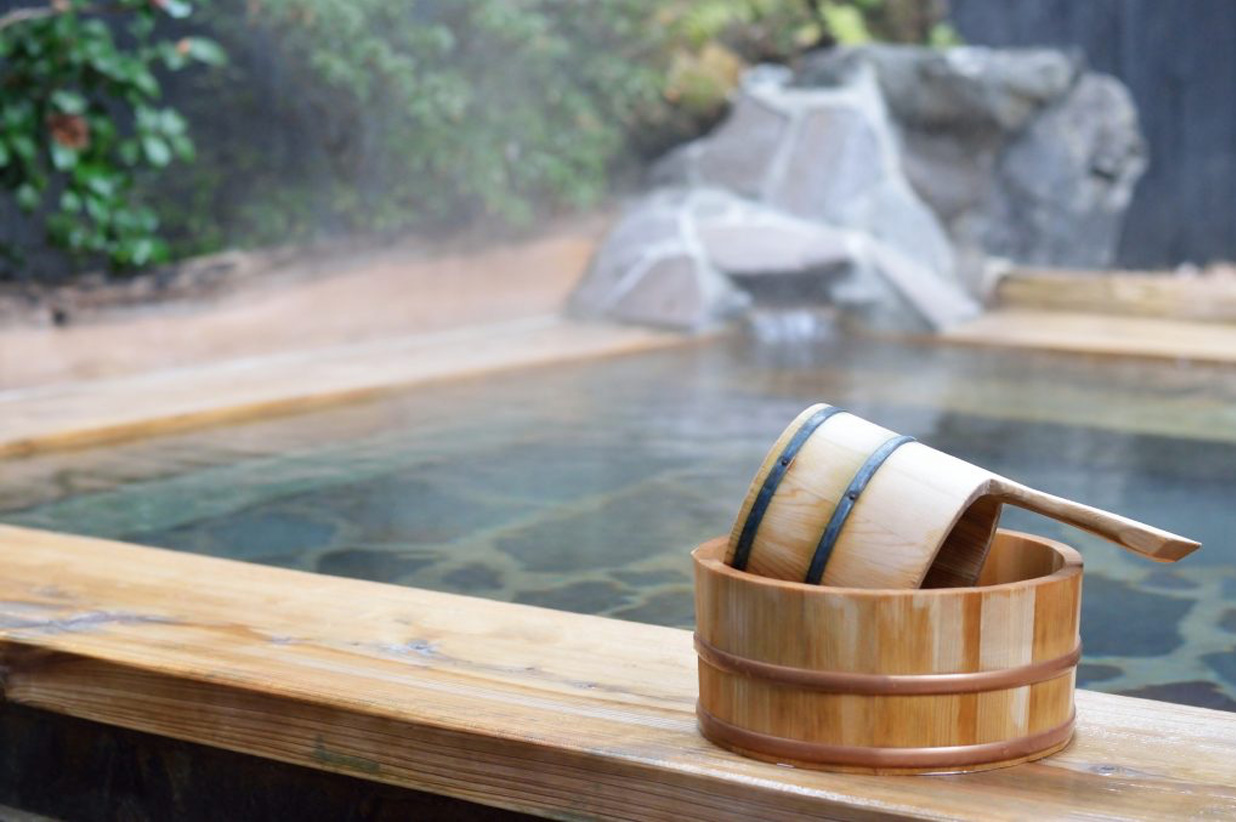 This Japanese-style spa has been pulled straight from the anime Spirited Away. It is huge, it has everything, and it manages to do it without feeling  bloated. The bathing area has a ton of pools, both inside and out. Outdoors, there are pools carved into a cave and traditional teacup-shaped tubs. So zen. Indoors, pools are dyed with herbs or minerals or mixed with milk so you can’t see the bottom — approach with caution. There’s also a steam room, a sauna with a big bucket of salt for some DIY exfoliation, and a treatment area for South Korean-style scrub downs. After soaking in the tubs, there are relaxation areas, places to get massages and mani-pedis, a large dining area, more saunas — for you to sweat in your pjs, KTV rooms, games… you get the gist. If you leave this joint before four hours is up, you didn’t do it properly. 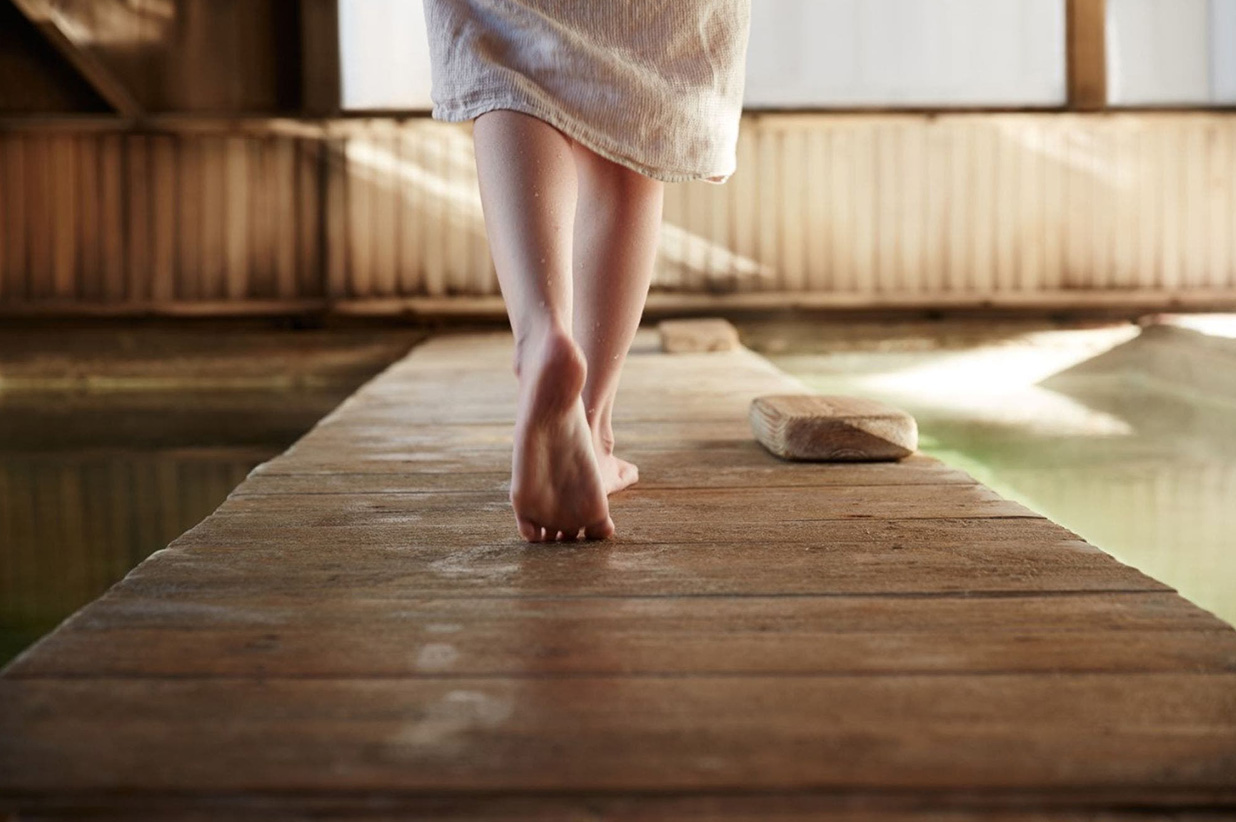 Gokurakuyu, which also looks like it’s been pulled from an anime, is spread across three floors, with a calm and quiet atmosphere. There are a number of pools, including one outside that aims to make you feel like you’re in a secluded spring. Like all bathhouses worth their salt, it does offer body scrub downs, though they're a bit on the pricey side at 150-300rmb. There's also a restaurant, four saunas lined with fatigue-fighting amethyst and halite (anti-aging rock salt), a relaxation suite, and private treatment rooms. 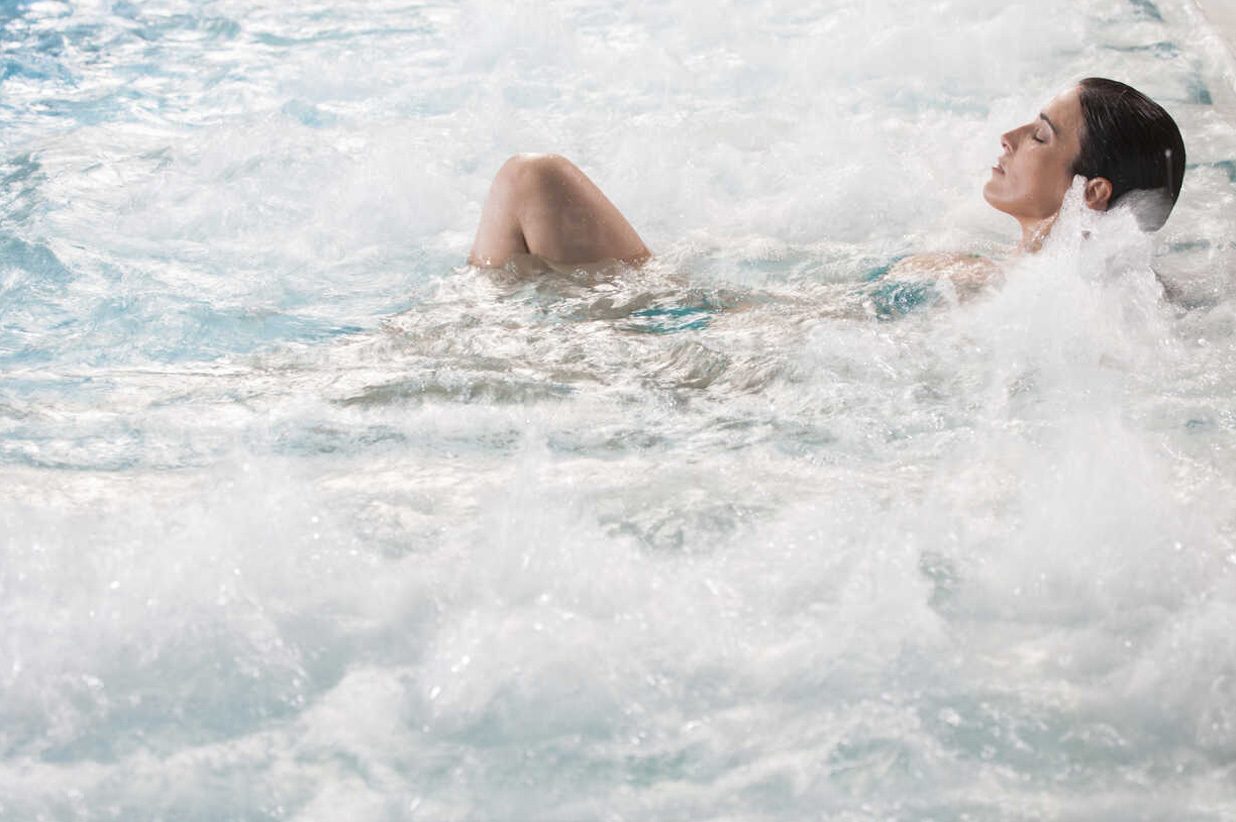 A 15,000sqm water resort that trucks actual hot spring water from Jiangsu Nantong to Shanghai. The water is recognized by China Hot Springs Tourism Association. This ginormous spa spreads across three floors, including an outdoor, co-gender area, that you enjoy in your swimwear, and has fifteen outdoor pools with different features, and all manner of goodies: five indoor saunas, various recreational activities like arcade machines, rest area, kids’ play area, massage parlor, and bookstore to keep you there the whole day. The restaurants serve both Western and Chinese food. This place is well suited to kids and families, as there are water toys and a paddling pool, plus a pool bar that serves soft drinks and ice cream.

Entrance for adults is 78rmb on weekdays, 98rmb at weekends (for kids it's 38/58rmb) via Smartticket. 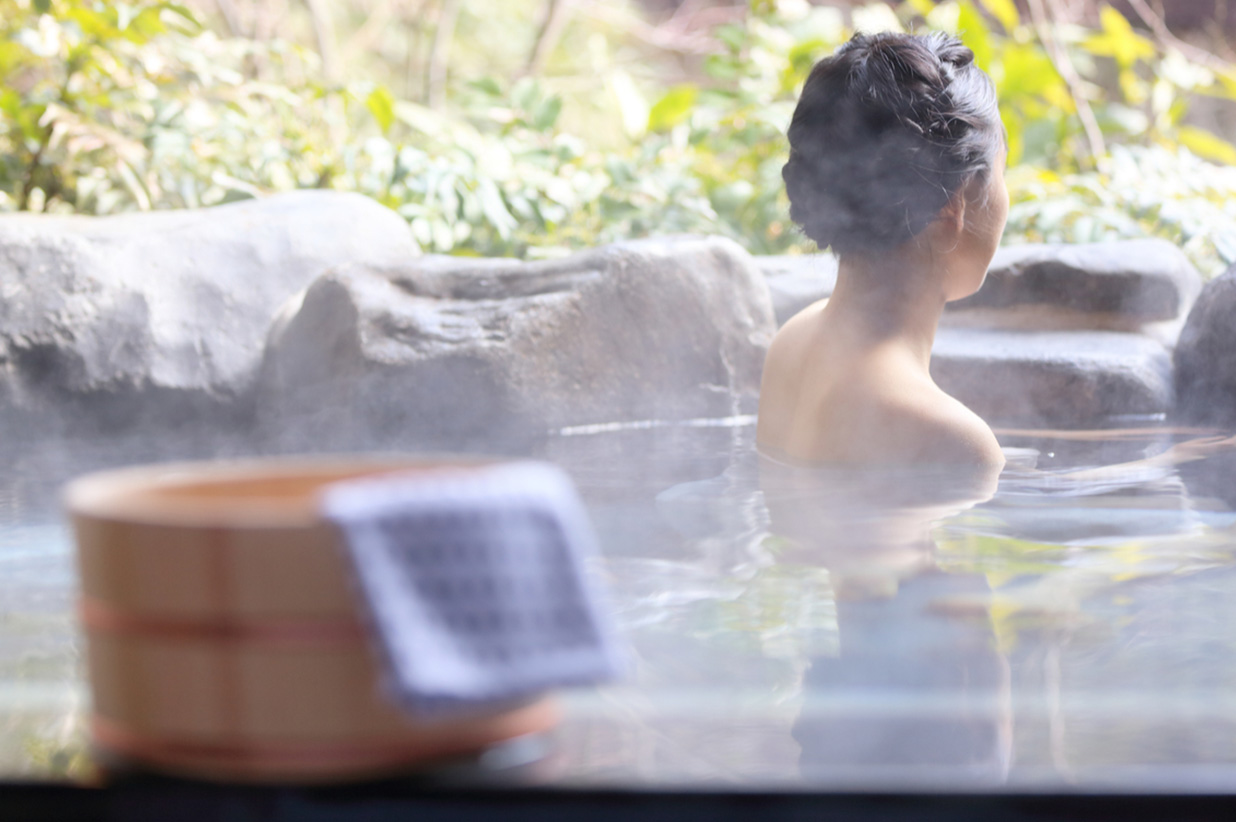 Another Korean-style bathhouse chain that costs the same as New Star. CHOICES! The most recommended location is in Pudong, which is huge. Tangland has pulled out all the stops to make sure you don't want to leave — most notably the sex-segregated outdoor hot and steamy pool, surrounded by rocks and plants. Naturally it also has the usual splattering of hot pools, saunas, showers, and ayis patiently waiting to give you a good descaling and scraping. Then there’s the dining area, which is big enough to cram in the entire staff of Ctrip and then some — it also serves hot pot — plus a kiddie area with a slide, the iconic Korean igloo saunas, snoooooozing armchairs, and an area to kick back and read the piles of manga comics they've plonked on shelves. 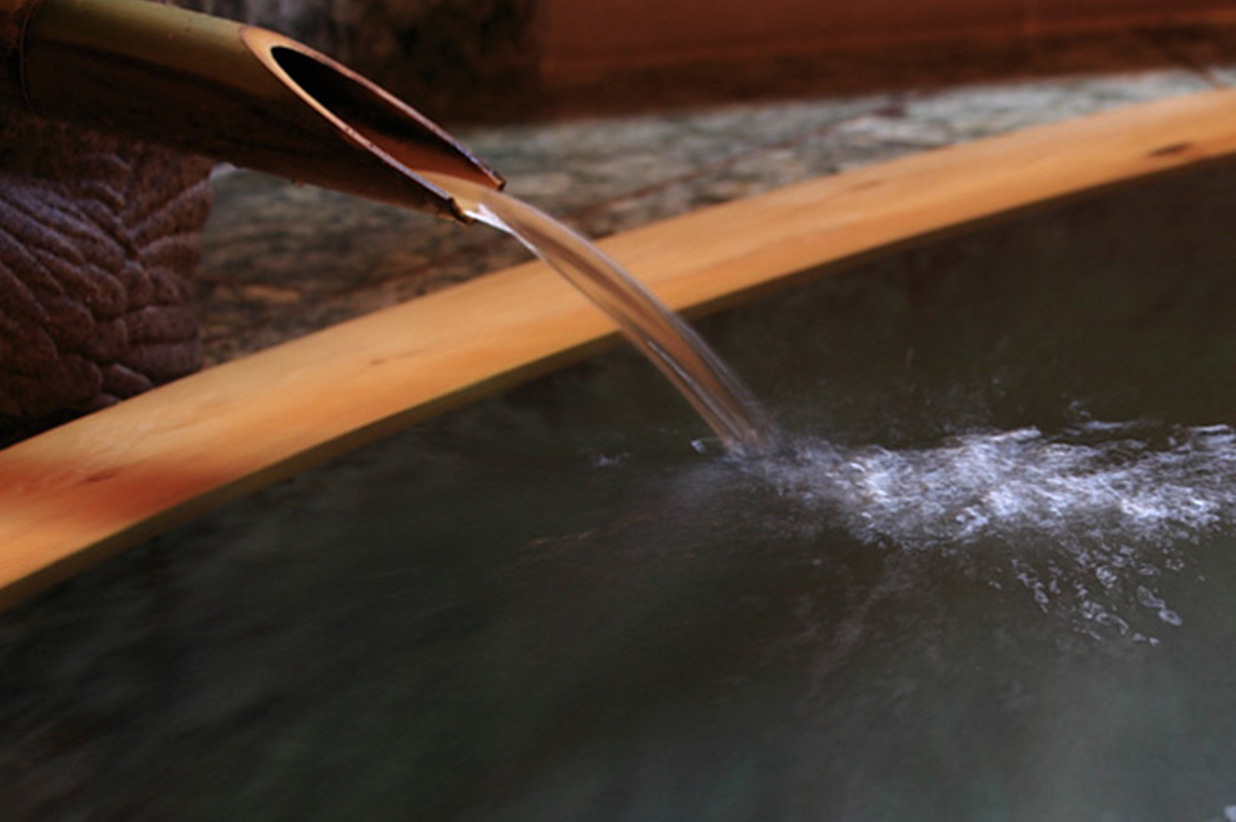 A massive, 18,000sqm Japanese-style bathhouse in Hongqiao with numerous pools and jacuzzis of varying temperatures. The interior decor is clean and simple. The lounge area is humongous and equipped with a sauna, movie theater, board games, and a kids playground. Like many other spas, here you can also get a mani-pedi or massage. The best bonus? The staff wanders around serving you free fruits, snacks, and soft drinks like you're some sort of Roman senator.

Entrance is around 200rmb per person.

*
For our full list of bathhouses in Shanghai plus the latest on spas, beauty and more, visit the SmSh Health & Wellness Directory.