My name is Grant Buchwald but I go by Grant-oh because I spent 15 years in Tokyo. Grant-oh tomashimasu. I'm originally from Red Deer, Alberta, Canada. I'm the Pearl's Papa G.

I got to Shanghai on Valentine's Day in 2006. It just kind of happened that way. 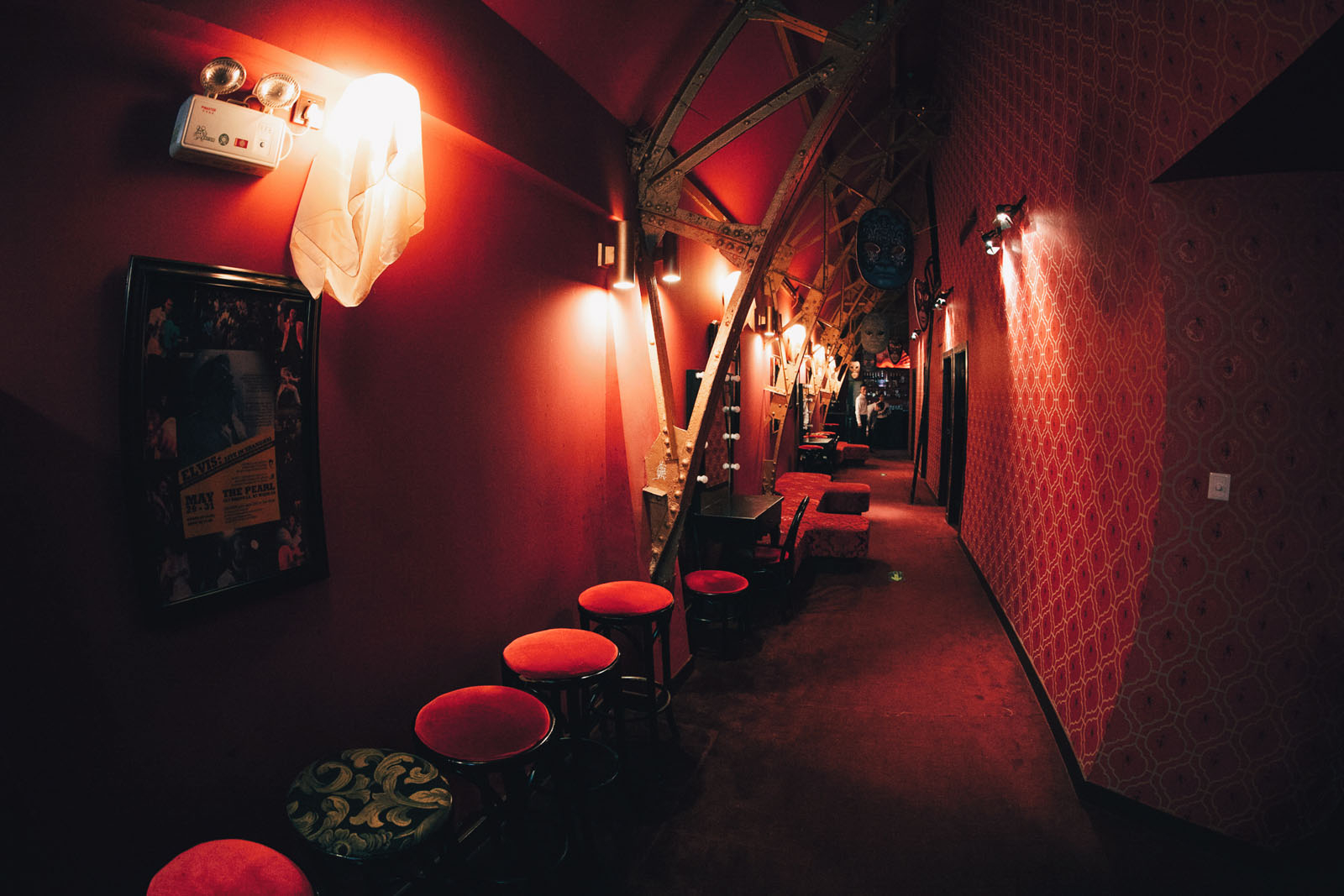 My Asia trip started after university, when I went to Tokyo. I spent three and a half years with IBM Asia-Pacific headquarters, and realized that the corporate world wasn't for me. So I took an 80% cut in my pay and found a career with MTV Asia, which was amazing.

For most of it I was focused on an MTV Asia program about Japanese music. Being the only foreigner in the MTV office, I got to hang out with and look after all the foreign artists; Aerosmith, Green Day, Mötley Crüe, Smashing Pumpkins. I got to go on tour buses with the Rolling Stones and hang out with Lemmy from Motorhead and whatnot. 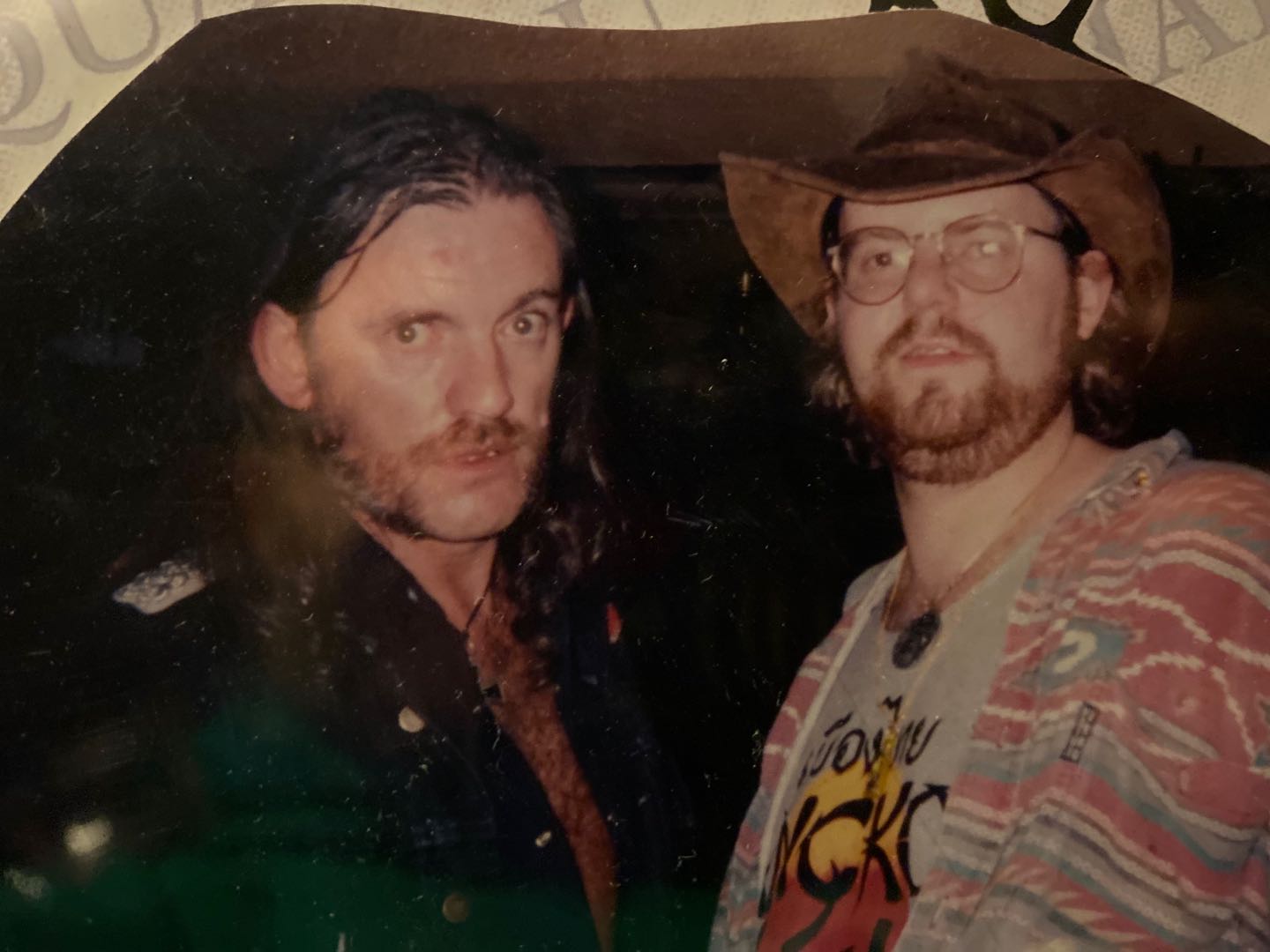 One time I was asked to take Jimmy Page and Robert Plant out. One of the greatest moments of my life was the next day at the office when the secretary got a phone call and said so that everyone in the office could hear, "Jimmy Page's agent just called, they want Grant to take him out for another night." Literally the whole office got up and applauded. Another time, I got to have a private dinner with Ozzy Osborne and Sharon. Couldn't understand a word he was saying. I'm like "this God is speaking to me in tongues." I was about to shit myself and luckily Sharon goes "Oh, Ozzy would like to know..." She translated for me. Thank God she was there.

I ended up opening Gmartini's in Roppongi. Really nice martini bar, inspired by Austin Powers: zebra print sofas, snake skin bar, a little Lava Lounge upstairs and in the back we had a private room with floor-to-ceiling shag carpeting. We called it the Shag Room. 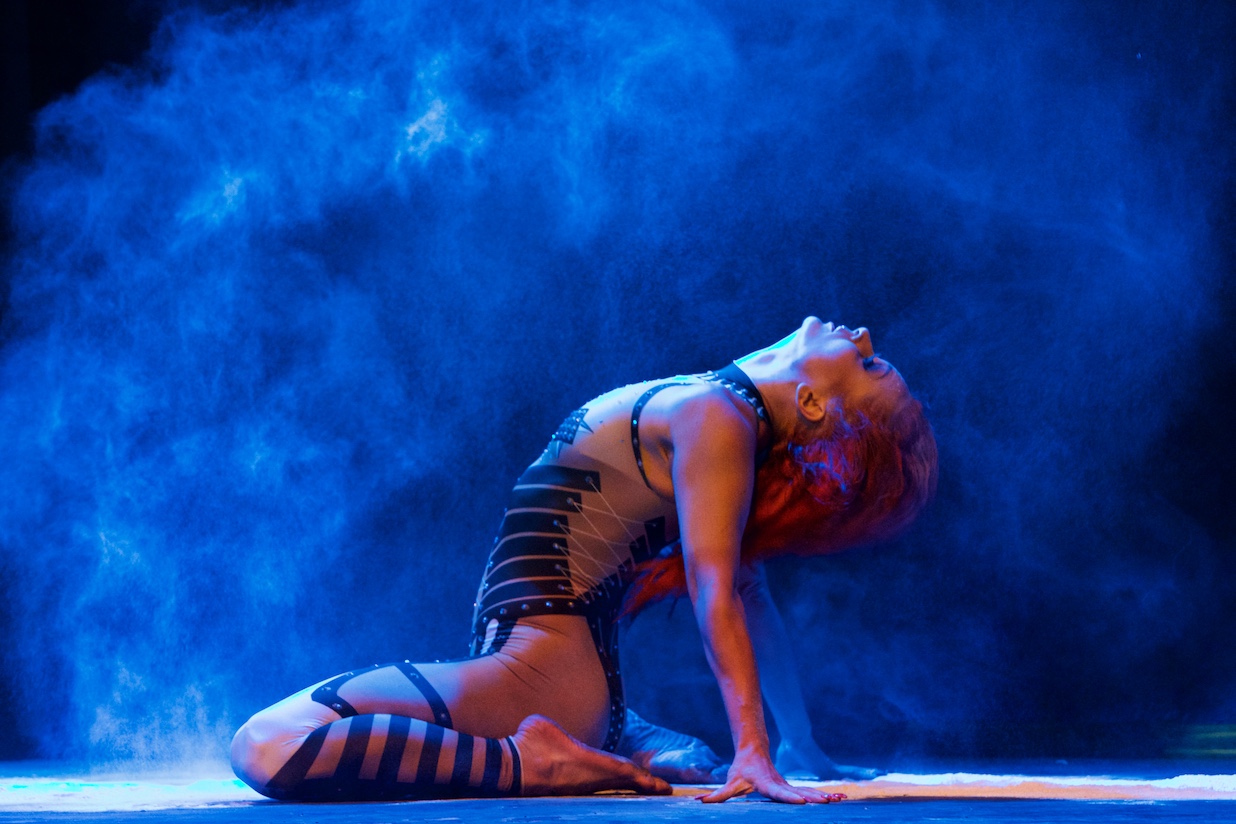 I remember one time the Jackass guys were in town and wanted to come. I had a dark feeling about it, so I sent them to my competitor's bar, Gas Panic. The little guy absolutely destroyed the place, apparently.

After 15 years in Tokyo, I'd kind of had enough. I was a little burned out. My wife was offered a position in Shanghai and I said "heck yeah." I needed a fresh start, so we came out here. 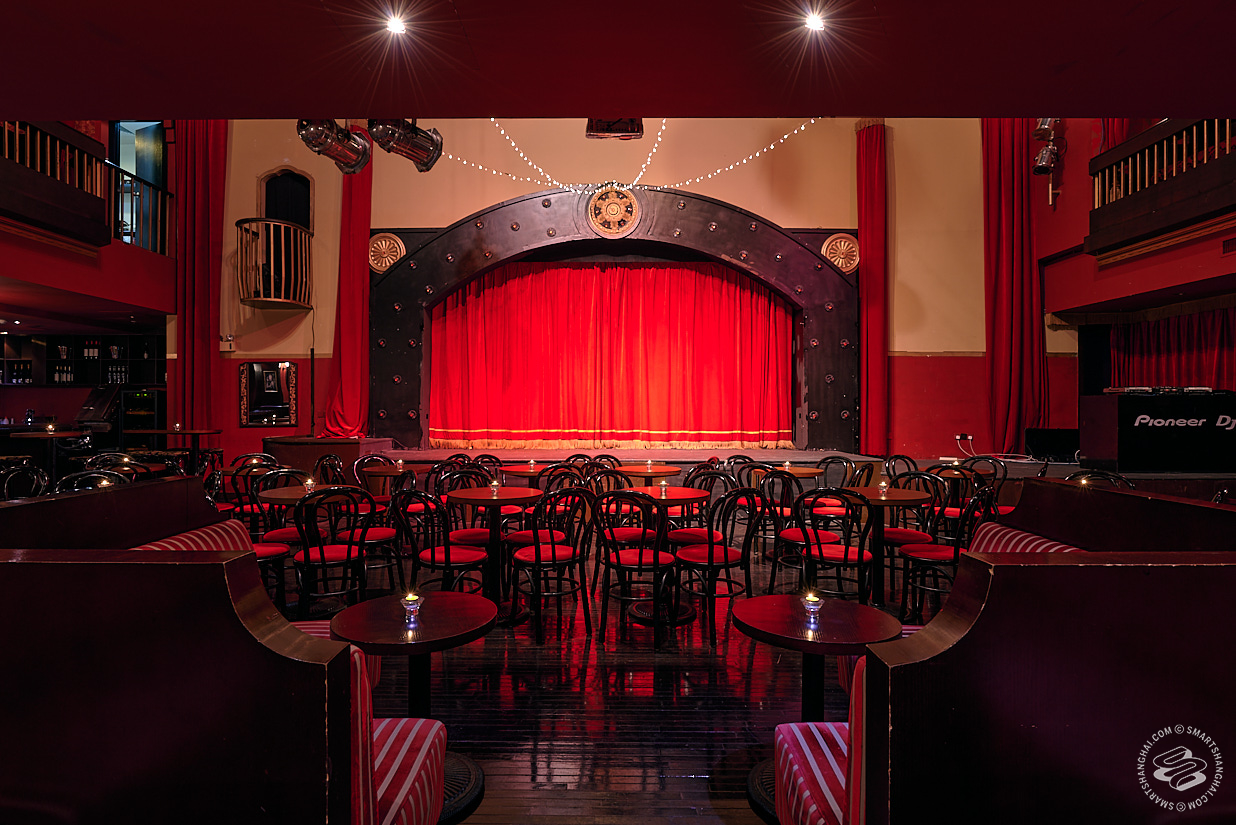 I had nothing to do, no plans, so I started taking a photography course every Friday afternoon with eight expat wives. They were bringing photos of their dogs and their children. I brought back these wild photos with lighting trails and whatnot, and from there on I just created my own style. 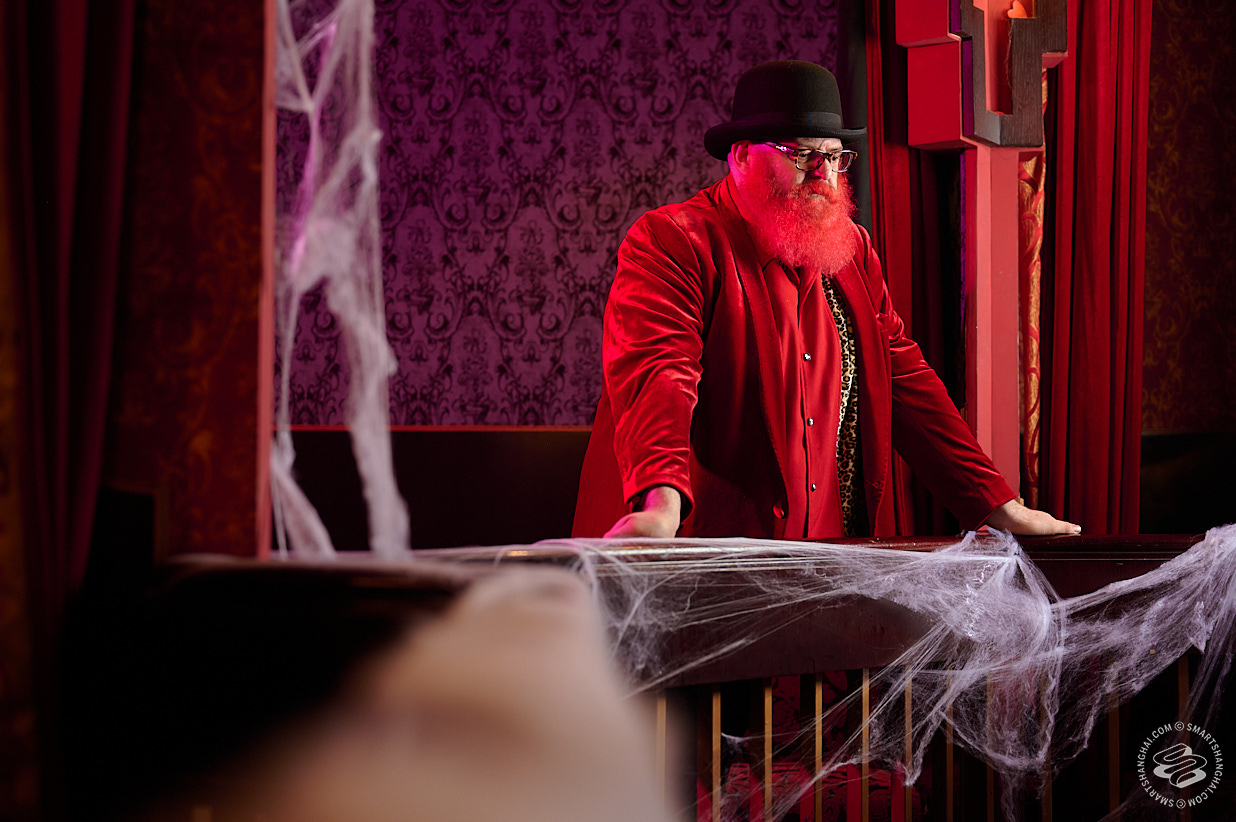 One of my best friends was DJ Tavo at Park 97, so I started shooting there. That's how I met the team from SmartShanghai, doing Party Galleries. I gained some notoriety thanks to SmartShanghai and some other things, and at 4 o'clock one morning at MAO, which then became Hollywood, a guy from Ferrari went "hey, are you G-Martinis from SmartShanghai?" and I said "yeah!" Three months later, he calls me up and says "hey, we want you to shoot the F1 event with the Ferrari drivers." I put down that phone and ran around the house doing my happy happy dance. I couldn't believe it. I ended up involved in all their press events and their driving schools and because I was here, I was thrown into being the race photographer in Asia for six or seven years, and then shot the racing in the US. It was great. It was 10 years of it and I loved it. But I was on the road all the time, and to put my full focus on The Pearl, so I quit Ferrari. That was about two and a half years ago. 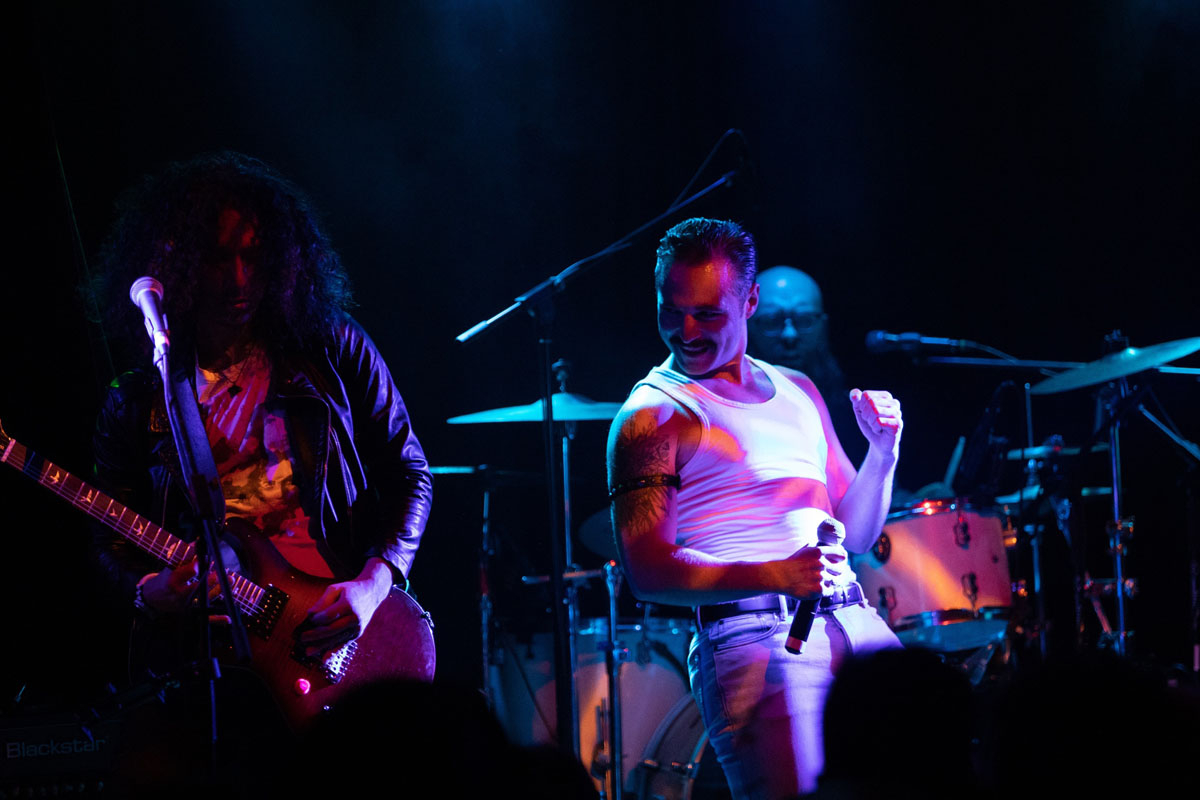 The Pearl is in this building that used to be a Japanese Buddhist temple built in 1931, but after World War II, this whole area was an entertainment district. Ask the locals: The Pearl has been used as a movie theater, a live action theater, it was a gym in the 80's, then a nightclub and eventually an Egyptian themed KTV at some point. Frank Bray — the famous Frank Bray, one of the partners — walked into this space in 2008 when it had been empty for 10 years. All we found was this chintzy Egyptian bust from the KTV days. 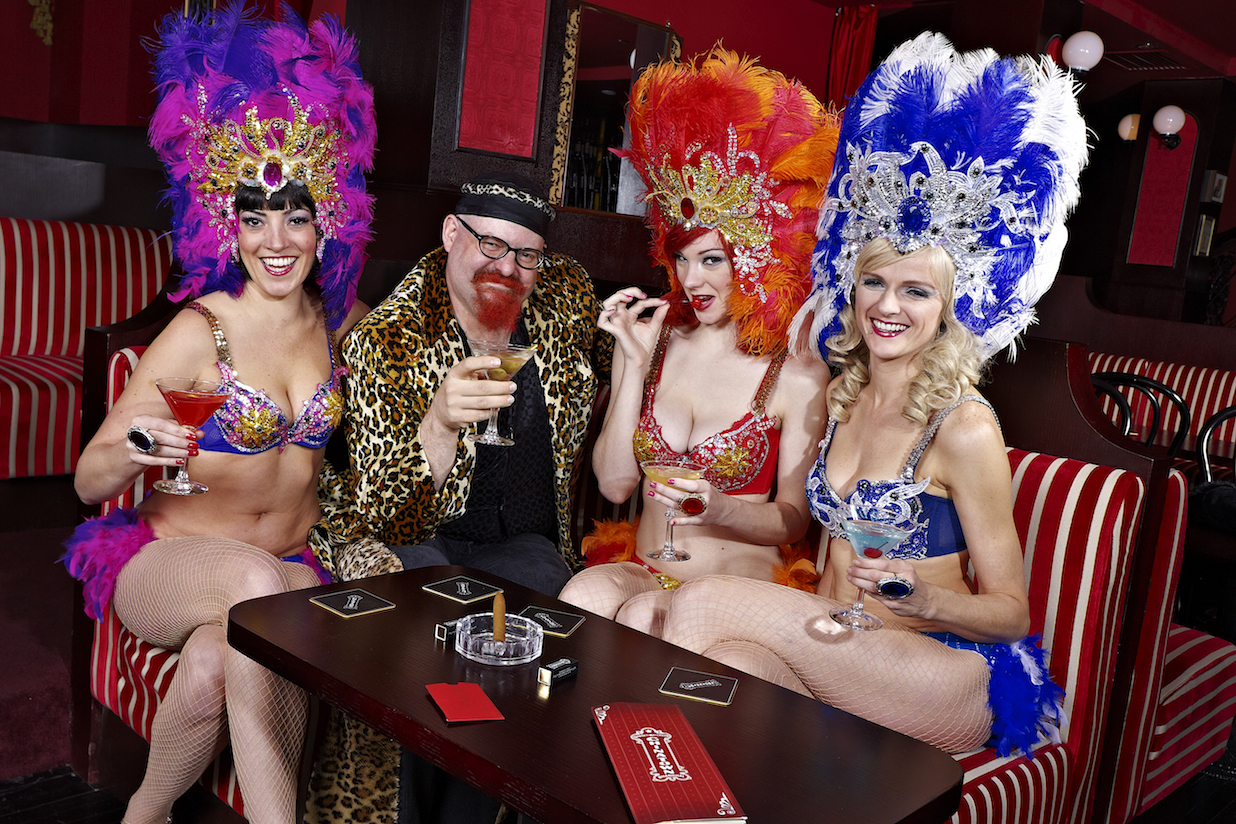 That became Chinatown. It was supposed to be an event space for theater, burlesque and live music, but in late 2010, after Norman Gosney and Amelia Kallman made their hasty exit, it felt like a bunch of kids took over. They turned it into a club, and it was dead months later. It was empty for like three years before Frank Bray and Glenn Thain decided to relaunch it as The Pearl. They opened with this amazing 16-18 cast live version of Rocky Horror. I caught the first and the last show between touring with Ferrari, and at that point they said "we want you to come in again." So I decided to invest. Big chunk. Brr. My wife wasn't pleased about that, but I was making good money at the time. I could see they needed somebody with the proper direction, focus and authority. I like producing. It's my strongest suit. I can bridge the business and artistic worlds, because I understand both. And honestly, after that last season of shooting with Ferrari, I thought, "I've done all I can do." I mean, my God, a small town Red Deer boy shooting two racing leagues for Ferrari? I wanted to go out on a high. So I left Ferrari, and when I was approached by our local partner, Tracy Ye, I went full-time at the Pearl. 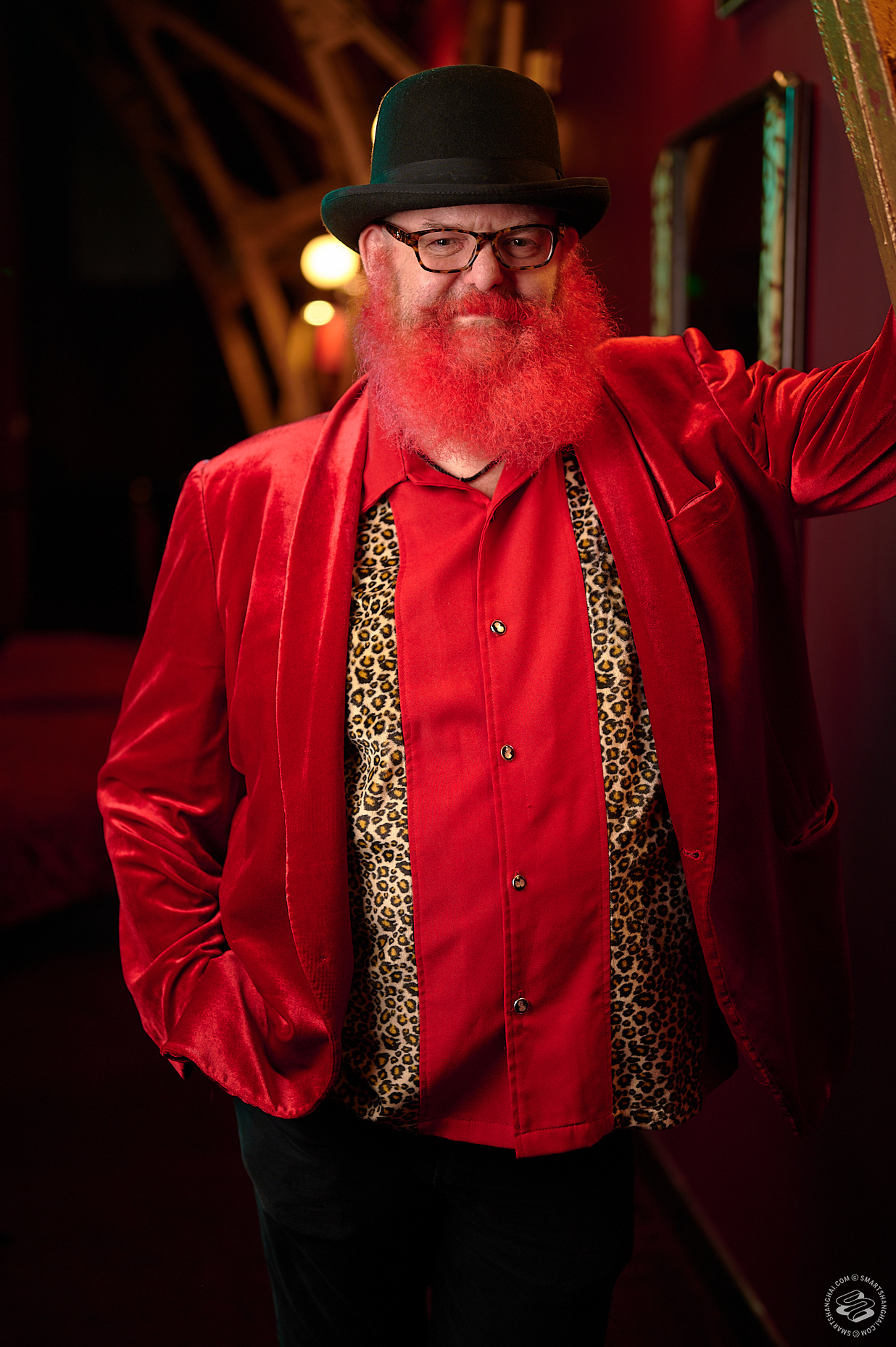 Back then, everybody was in the grey area with licensing and the government was really cracking down, so the business model of putting bands together and doing a show here and there became impossible. It got to the point where to do a show you'd have to spend four-to-six weeks to get the licenses before you're even legally allowed to promote or sell the show. It's better now, only takes maybe three weeks.

I decided, let's do it properly. Let's put in the time and the effort, and in 2017 we started re-doing all the licenses. The whole thing. We're doing everything by the book now. 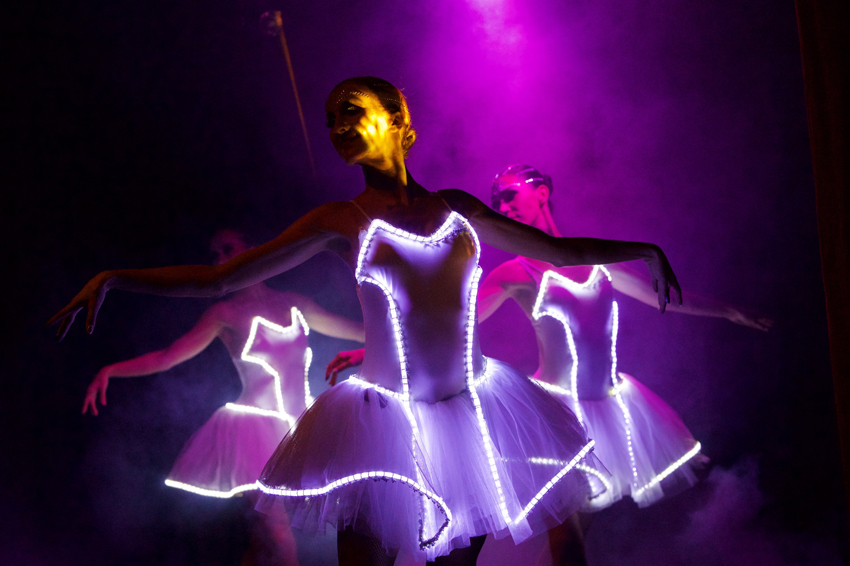 I spent around three-four months looking around for a full-time band. There was plenty of jazz and a lot of clubs doing RnB, but I couldn't find anyone doing rock. We'd had a lot of success with our Queen and ABBA tribute shows, so that's what I was looking for. Cassandra from Inferno told me about this really rocking band in Kunshan. 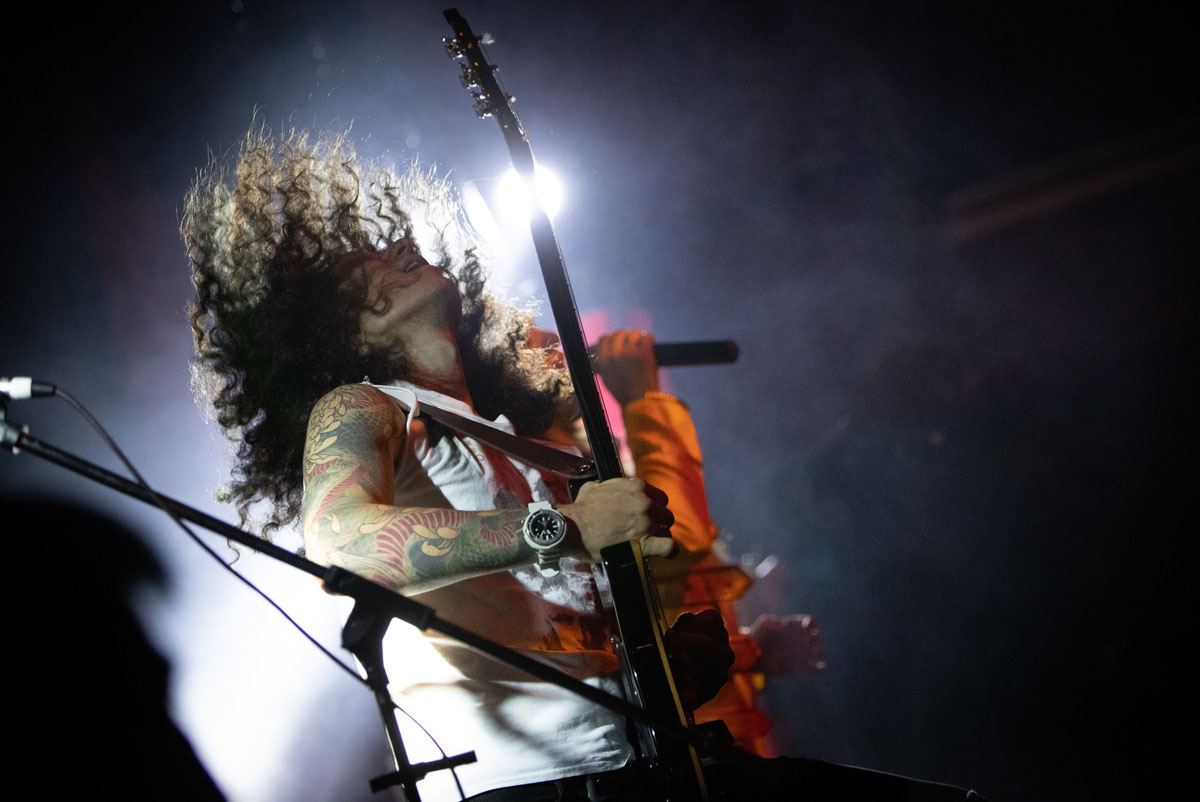 My son Degan, a couple performers and I took a car out to see them. They were working some weird live bar with reggae stuff everywhere. I sent them a list of songs I wanted: ABBA, Cher, ZZ Top, Michael Jackson, and let me tell you, I've never heard a version of Dancing Queen rock so freaking hard. Alex, the guitarist, jumped off the stage onto a table and did a guitar solo, during Dancing Queen, and I just went "this is my new band. These are the guys I want." The lead singer, Ksenia is a star. She's spoiled Adele for me. She's that good. They're all that good. 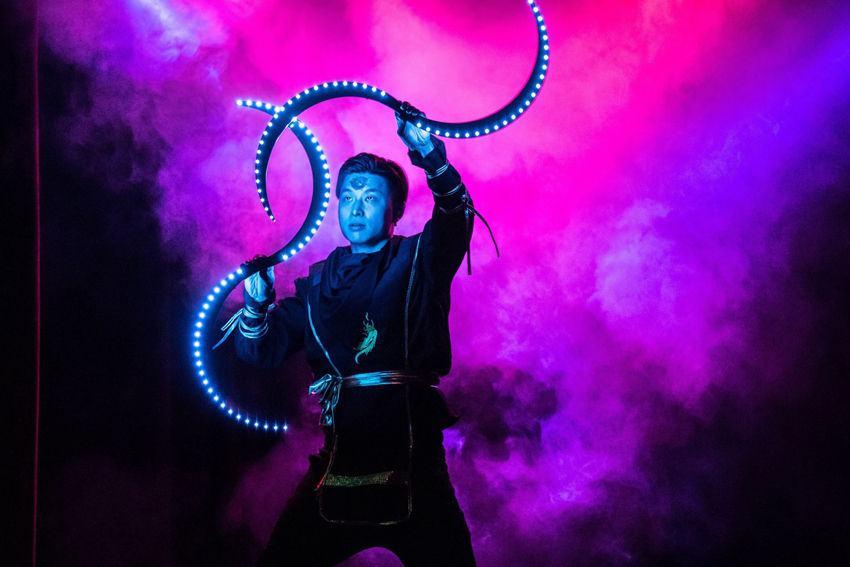 With The Pearl, our ultimate goal is to get our agency license and look at touring shows and music festivals. We're kind of seen as the laowai place for laowai artists, but I want to find more and more local artists to work with. We did this amazing show with Brian Wang and Eric Paci, "Moulin Dreams," this incredible immersive experience combining Moulin Rouge with Hong Lou Meng and 1930s gangsters. 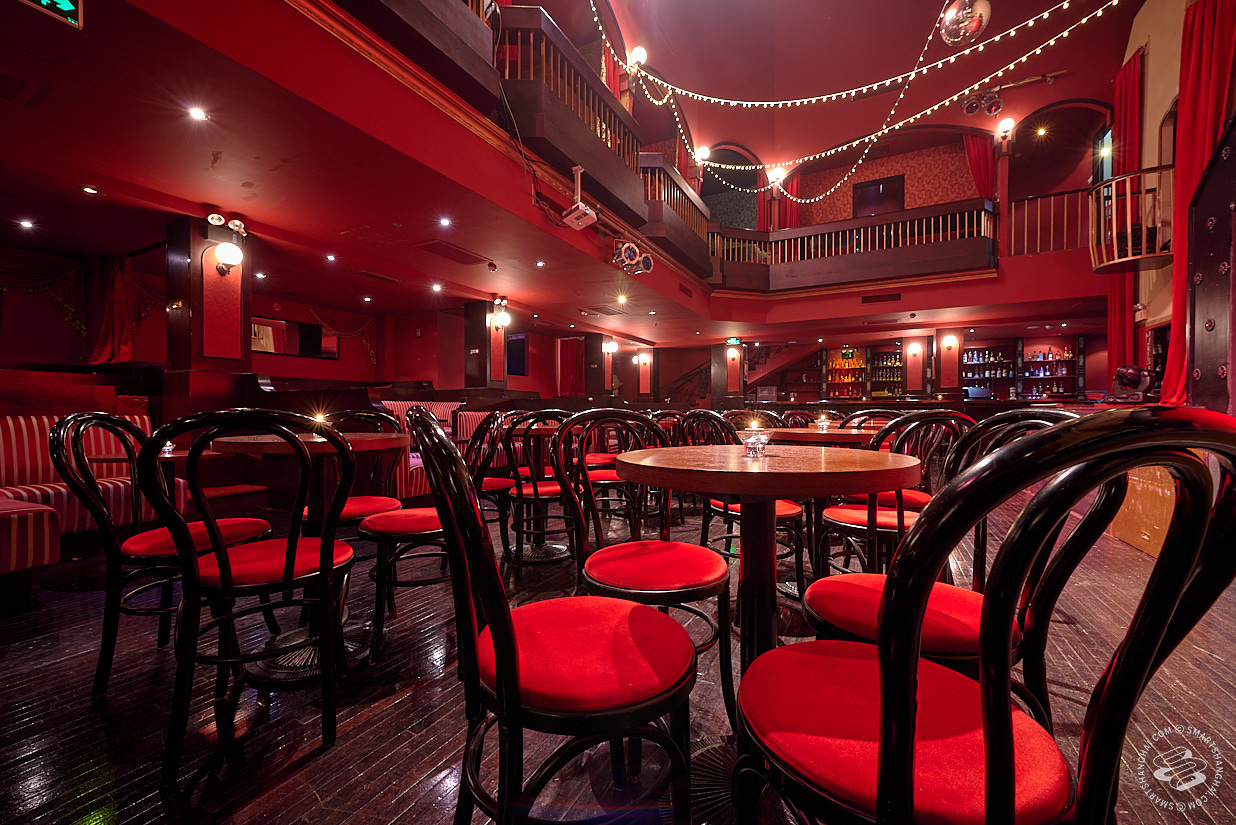 We've tamed things down since the early days, but for me, cabaret will never die. There's just so much talent here, like Cocosanti, the main host of all our shows these days, and Dark Circus and the Silk Room School of Cabaret and Burlesque. 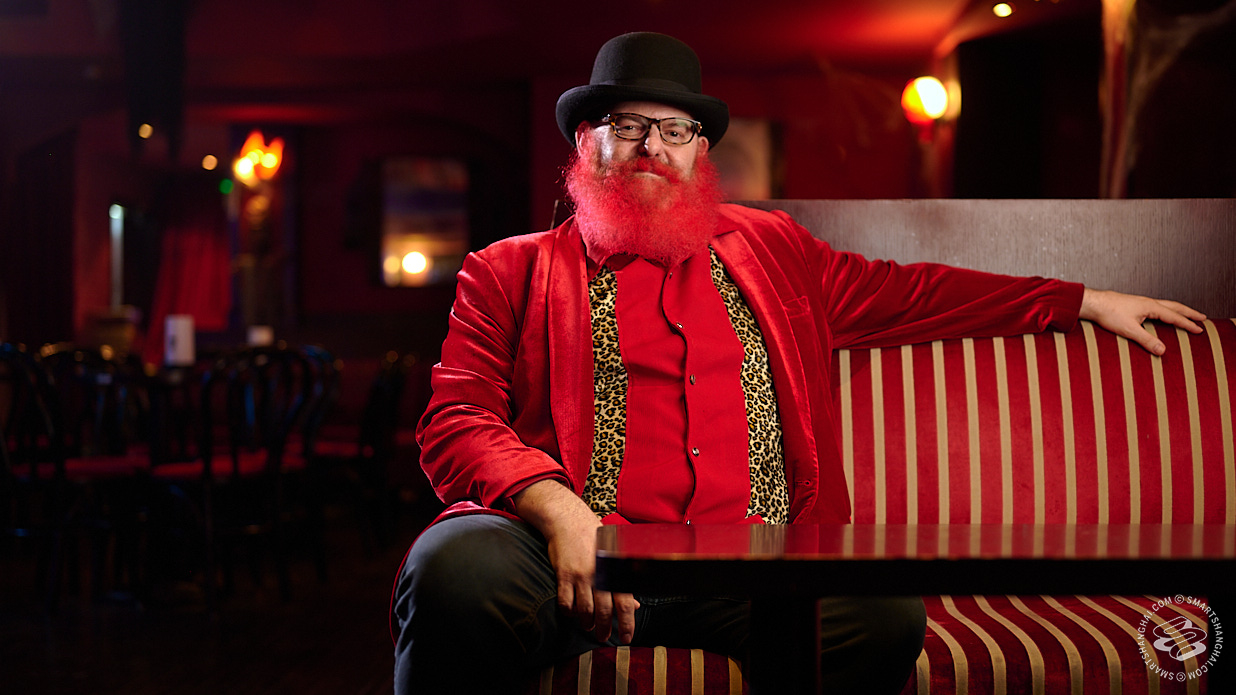 The Pearl is totally a passion and a mission. The core team has really just been me, my marketing guy Jason and Ksenia — those two have really become family — and we do pretty much everything with the support of my partners, Glenn, Tracy and Frank. The job, it is what it is. It's exhausting, and it drives my wife crazy. But there's literally nothing else I want to do in the world right now. When I see the audience screaming and loving it, it's just... all the stress goes away. Until you wake up the next day and you go "dang it, I gotta sell another 200 tickets." 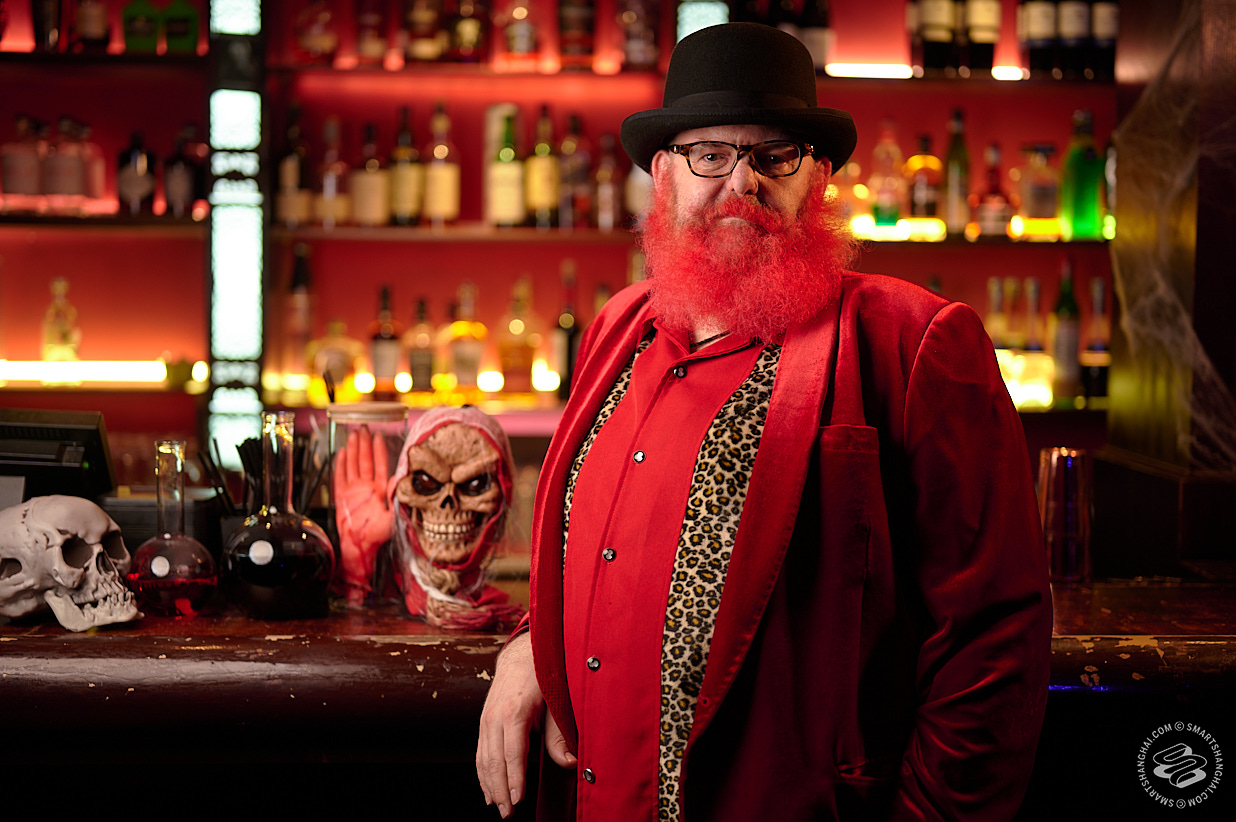 The beard... that goes back to my MTV days. To show you my maturity level, my son came to Tokyo from Canada one summer with green hair. I didn't say anything. A year or two later, around his birthday, I flew to Calgary, went to his school and had him called down to the principal's office. My son comes in and he's looking at me, and I ask "what's up?" He goes "Dad, your beard is green." And I'm like "hey, you came to Tokyo with green hair? Right back at you, kid." Honestly I did it just to tease him, and then it became a whole thing with me. I've done all kinds of colors, but red seems right. China, Ferrari, the Pearl. My wife is Buddhist, and I believe in reincarnation. I really must have done something amazing in my last life. For me, from a small town in Canada, to end up in Tokyo, go from IBM to MTV, to having my own film company, to come to China, start over again, building a career in photography with my own style, to end up with Ferrari for ten years and then the Pearl.... I mean, I did something good in my last life. Next one I'll start over as a dung beetle I'm sure, but this life has been amazing. 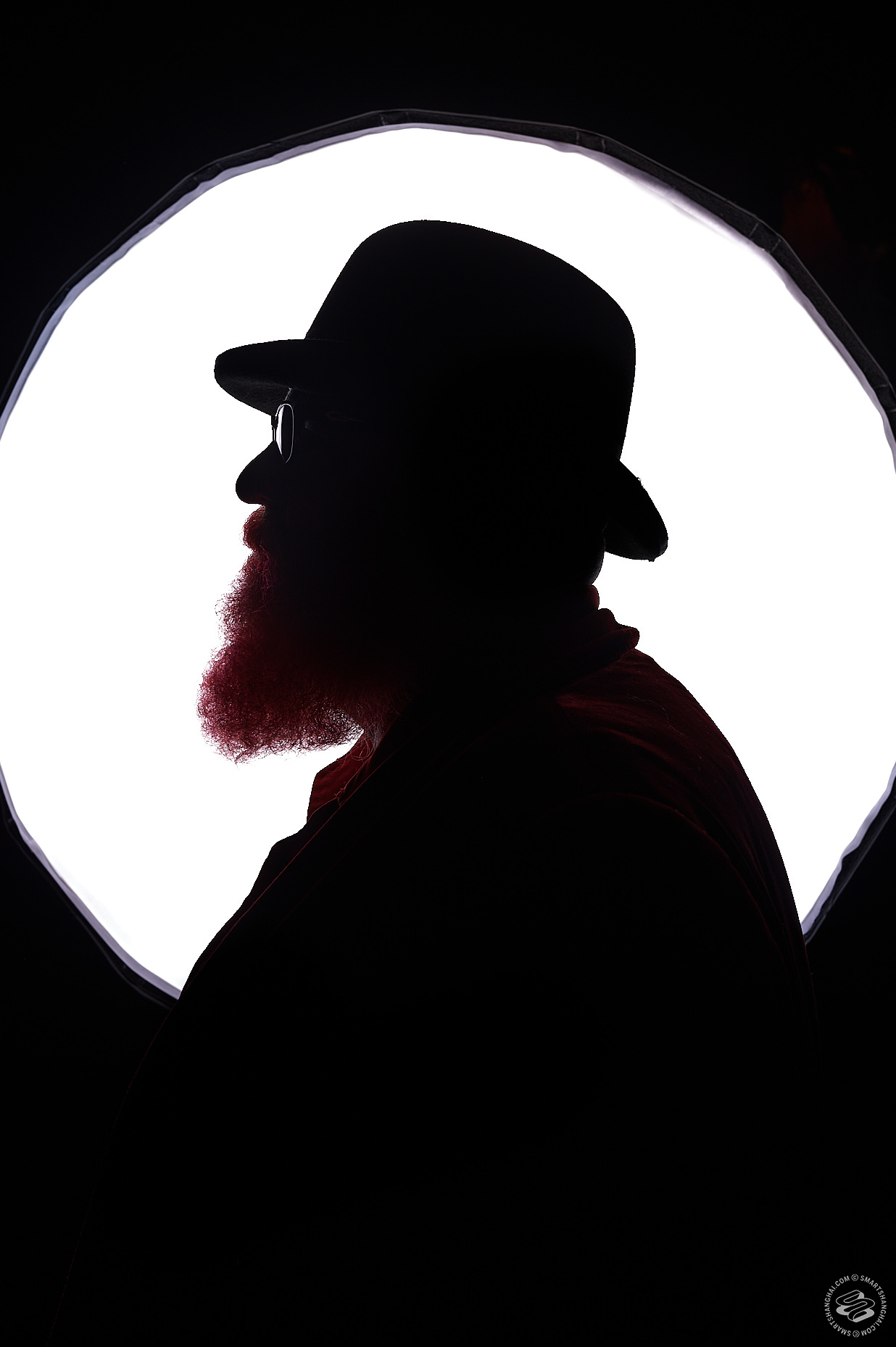 *
Want to go see shows at the Pearl? Check SmartTicket!.