Eduardo Vargas has closed more restaurants than you've been to in Shanghai. (He opened them as well.) He's racked up millions in debts and made millions in profit and has been through every business crisis this city has had to offer in the last two decades. And he's still laughing. Vargas knows this downturn is not permanent, even if it's already meant more than a million rmb in losses for him and his partners. He is, above all, a survivor.

In the spirit of the times, we sat down at the first Colca (there is a new Colca on the North Bund as well), and talked about failure, loss, getting cheated, the old cowboy days of Shanghai and why he keeps on going. Below, in mostly his own words (edited a little for clarity), Eduardo Vargas. 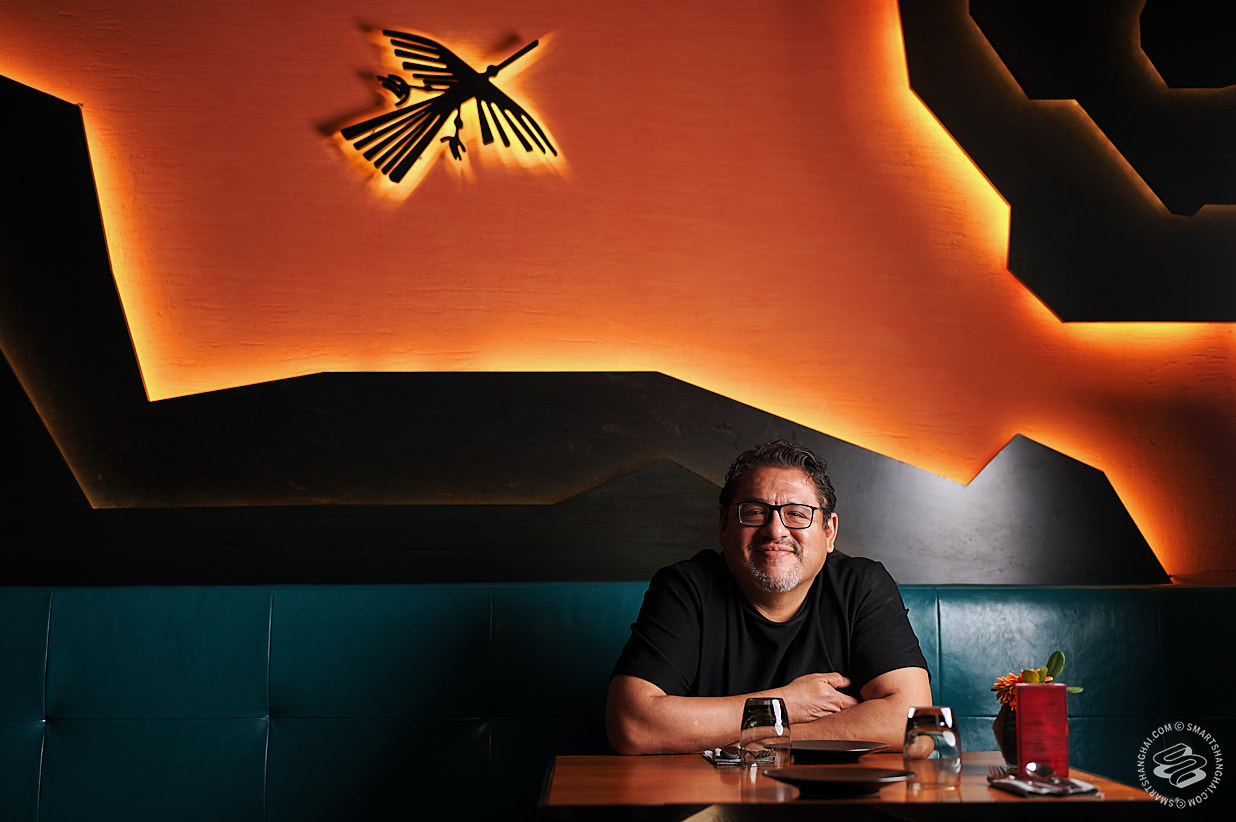 So, you know, I'm a chef. In 2001, I was working in Singapore. I got an offer for a job in Xintiandi for a place called Che Tapas and Grill. It was above where Polux is now. Latino band, Latin food, tapas style. Us, Va Bene and T8 — we were the hottest places in town in 2002.

The next year, I opened my own place with a couple of customers and some money from my mother. That was Azul on Dongping Lu. There was no competition. We made good money. The rent wasn't crazy yet. In 2003 it was 45,000rmb. When we left in 2012 my rent was 75,000rmb. My neighbor was paying almost double.

Azul has been my bread and butter. Everything that I opened, everything I fucked up, all the millions I spent, everything came from Azul. It's the baby. It's been open for 17 years. It's harder to compete now with all the new places all the time when you are an old brand, right, and now Colca is my bread and butter, but Azul is still my baby.

In total, since I moved here, I've done over 20 restaurants. Some are not mine — I'm the consultant; some are mine; some are partnerships. In 2005, I opened 239. Brad Turley was the chef. But the landlord, that motherfucker laundered me. We were doing very well but the guy fucked us up big time. It was a scam. Total scam.

When we opened, the rent was 75,000rmb. After a year and a half, suddenly the company that managed the whole building, with all the tenants, went bankrupt. When you are in bankruptcy, all your lease contracts are broken. A new company bought the old company, but it's the same people with the same staff, except now your contract is not worth anything and now they want 150,000rmb for the same space. I went to court for three years. I lost. I lost a million rmb of my own money at 239. 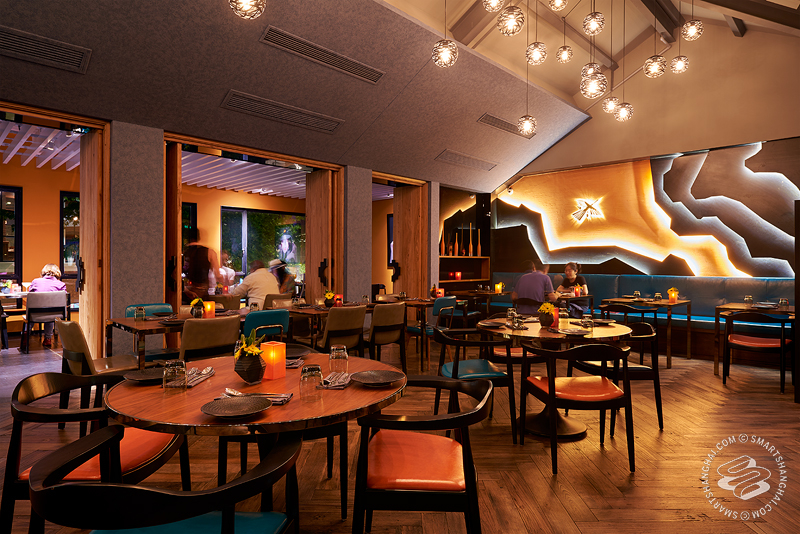 A couple years and projects later, I found a beautiful house in an alley on Huashan Lu. Casa 13. The landlord was this very nice lady, with this house that hadn't been renovated in ages. She said her cousin was the chief of some department, and she would be able to get all the licenses and permits no problem. Ok. I trust you.

We gave some money to the neighbors, we tried to be nice. When customers arrived, we say "we are still in soft opening". I think we were in soft opening for two years. And the funny part is that first year, we won like six awards here, four awards there, restaurant of the year, all these things...

After two years some of the neighbors started complaining. We paid 100,000rmb in fines but we knew if we kept going, they would fine us every month. It wasn't worth it. We closed.

I had an amazing lifestyle with Casa 13. Me and my two partners went to Peru and Hawaii on holiday, just off the money in the restaurant, not even the profits. We were young and stupid and we spent more than we were saving but the money was coming coming coming.

At the same time, we had a beautiful house in Tianzifang. It had a French restaurant called Balthazar. It didn't lose money, didn't make money. So we moved Casa 13 there. But then there was a crackdown in Tianzifang. Nobody had licenses, they started checking, we had to shut it down. And the owner turned out not to be the owner of the house, but the third landlord, lying to us.

When that closed, I had 500,000rmb in debts to suppliers. I always pay suppliers. Sometimes this stuff happens though and what should have taken me a month to pay takes eight months. But I pay them. That is something that I have to say, maybe you've heard I don't pay suppliers or I was delayed or whatever. I always end up paying them. But sometimes it take me forever. 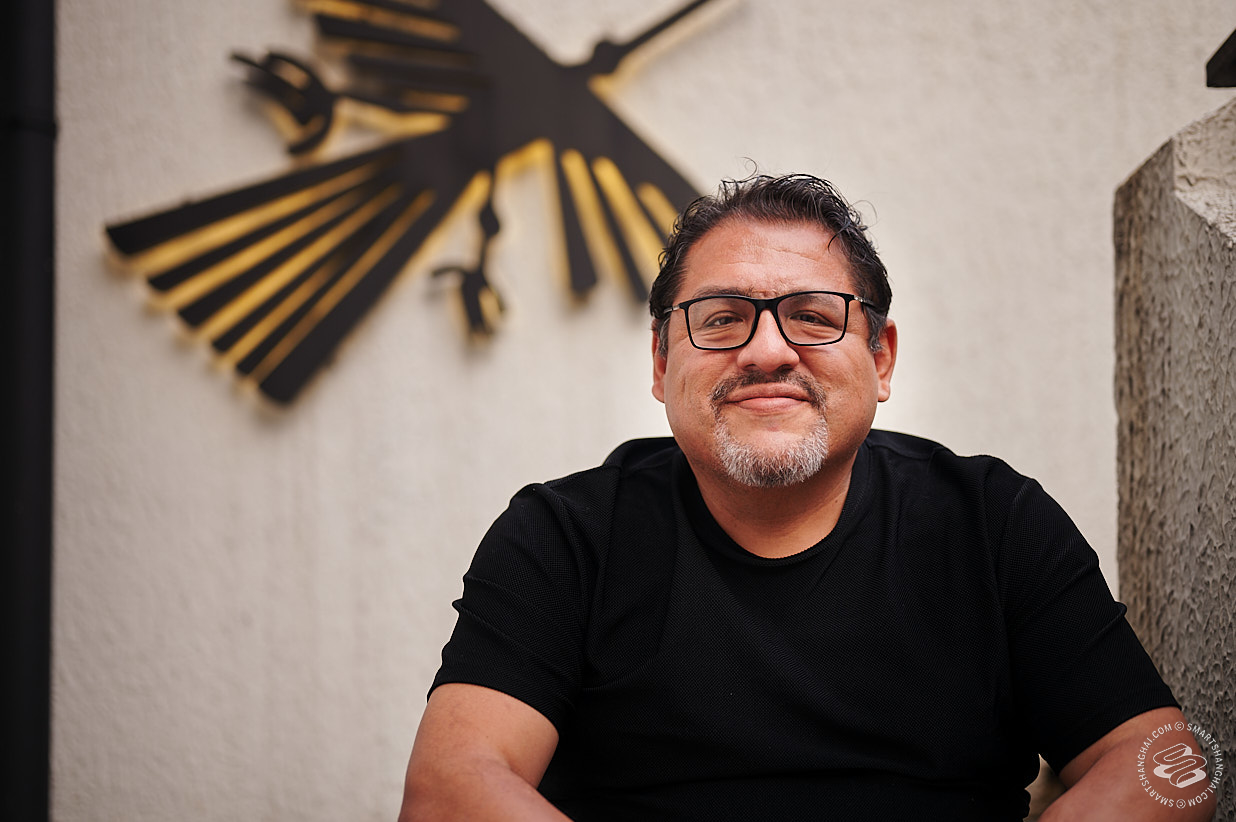 Before 2010, people in Shanghai were just working in different ways. Not everything was straight. And you could live with that. After 2010, the Expo, everything changed.

Now there's a lot of rules. When I came in 2002, it was day by day. It's like this epidemic — the ideas and rules change. There was not even FDA at that time. It was more a cowboy city before.

In 2010, I had a restaurant at the Expo. That was an amazing job. We made a million rmb profit in six months. But again, we thought, what we do with this money? Take it home? No, let's invest in another restaurant.

By now, the lease on Azul was coming to an end. The original landlord was a bank and they took the place back. Now it's a private club for ICBC's board of directors. The whole building. I've been inside. They have a KTV, an amazing Chinese restaurant, an English bar. It's a club. Their own playground.

I was looking for a new venue. This chef at the time, Hilary Ambrose, was going to open a place on Wukang Lu with eight partners. Construction was halfway done. Something private happened and he went to the airport and disappeared. The place was abandoned for two or three months. I talked to the partners and took it over in 2013. That's the second location for Azul.

But then the virus killed us. Three months, no income. We are on the eighth floor and the management said customers have to use the stairs. No one is going to do that. And 30% of our business is corporate. All that died.

So now I'm looking for a new location for Azul, a smaller venue where we have a better chance to make a profit.

Why do places fail? Usually something external happens. It's not usually because there's no sales or there's no customers or the concept is a failure. Other times we get screwed by the landlord. Or I didn't get the license I was supposed to get. Now we're getting into malls, into big places, we don't do that. You cannot.

Why do I keep going? You learn from mistakes. We make mistakes. It happens. What are you going to do? Take a plane and leave? This is my life. I believe I'm good at what I'm doing. Things happen for a reason. I always read that the most successful people don't become successful on their first try, they always fail. But they try again. That is the life of an entrepreneur.

Now I've got great partners and Colca is successful. We just opened a new Colca, we've won a bunch of awards. Azul is still strong going after 17 years, even if we are moving now. I can't do it by myself.

I've had at least 1,000 people work for me over the years. A lot of good Chinese chefs now were my young cooks 15 years ago. My chef de cuisine chef now at Colca was my commis at Che in 2002. Fifteen years later I found him at Momenti in Xintiandi and I brought him back. My executive chef now, Abel Matos, I brought him from Peru when he was 21. That was for the Expo. After some years on his own, now he's back with me at Colca.

The biggest mistake has been doing things in an informal way. Like trusting people without investigating. Like Casa 13, investing 800,000rmb and not getting a license. That's my problem. I trust people very easily.

Sometimes you have to realize when it's time to give up. If it's going to end, it's better to give up and start again fresh than keep putting money and effort into something. When you start again, be transparent and honest and tell your investors the situation, and maybe they can even help you pay your debts from the past. That's what I did, for example. With my profits from a new restaurant, I can pay my debts.

When I was making good profits I was paying little by little the debts from the last project. I had moments when I had 1.5 million rmb cash in my bank account, and I was thinking I should take all the money and leave. Go to Vietnam, open a new thing, disappear.

But that's not me.

Thank God, all my life I've been living okay, I've had food, been able to take holidays. I'm not rich, I'm not able to retire but I can't complain about life. Did I make money or lose money over all this time? I came out even. 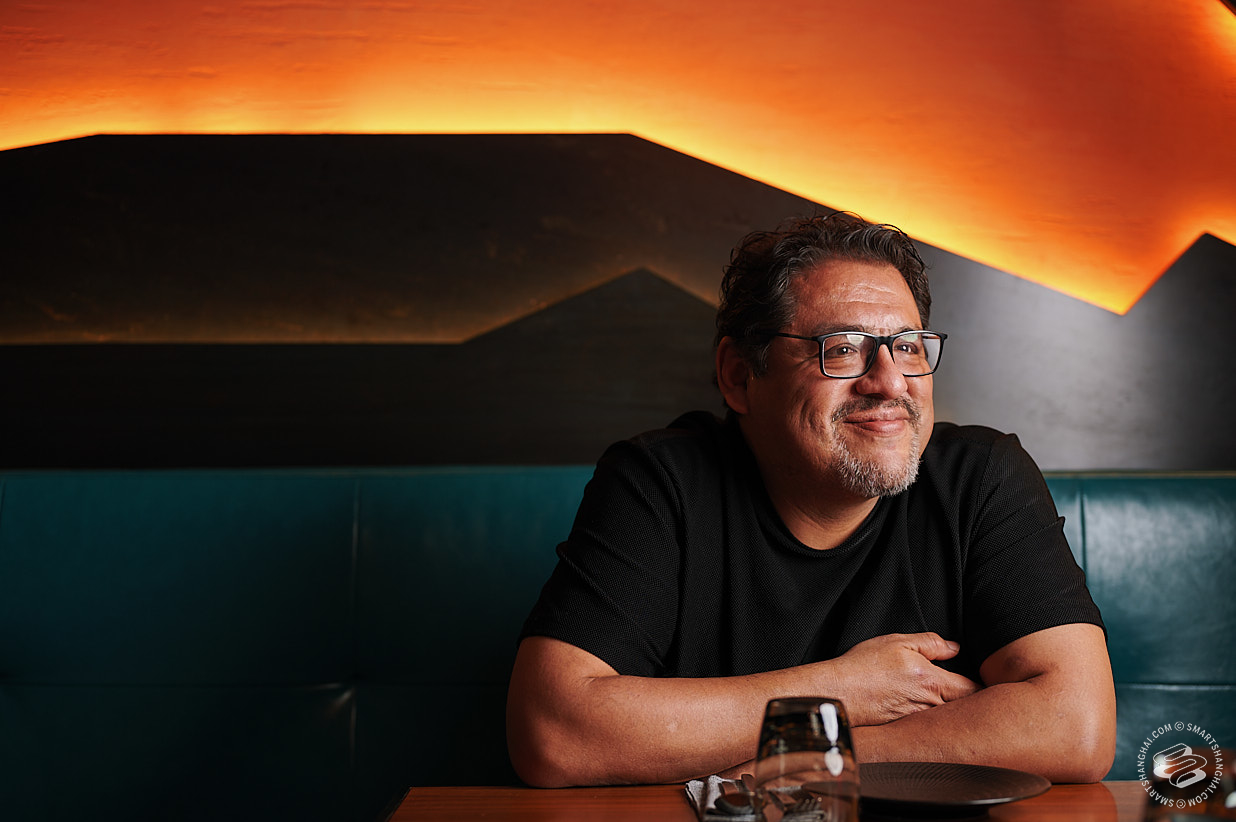 Colca's second location is now open on the North Bund. Click here for the full listing.