Copycats and pork jelly on a downtown street.
By Christopher St Cavish - Photos: SmSh Photographers Aug 20, 2020 2020-08-20 Dining
Jia Jia Tangbao was a powerhouse at 90 Huanghe Lu for many many years. The soup dumpling hole-in-the-wall drew a reliable queue every day of the week for more than a decade. And then they closed. (Read this.) They were supposed to be replaced by a yellow croaker noodle restaurant. Twist! Their old spot has recently reopened… as a soup dumpling restaurant. Named Jia Le Tangbao. Do’h! Of course I went to visit. 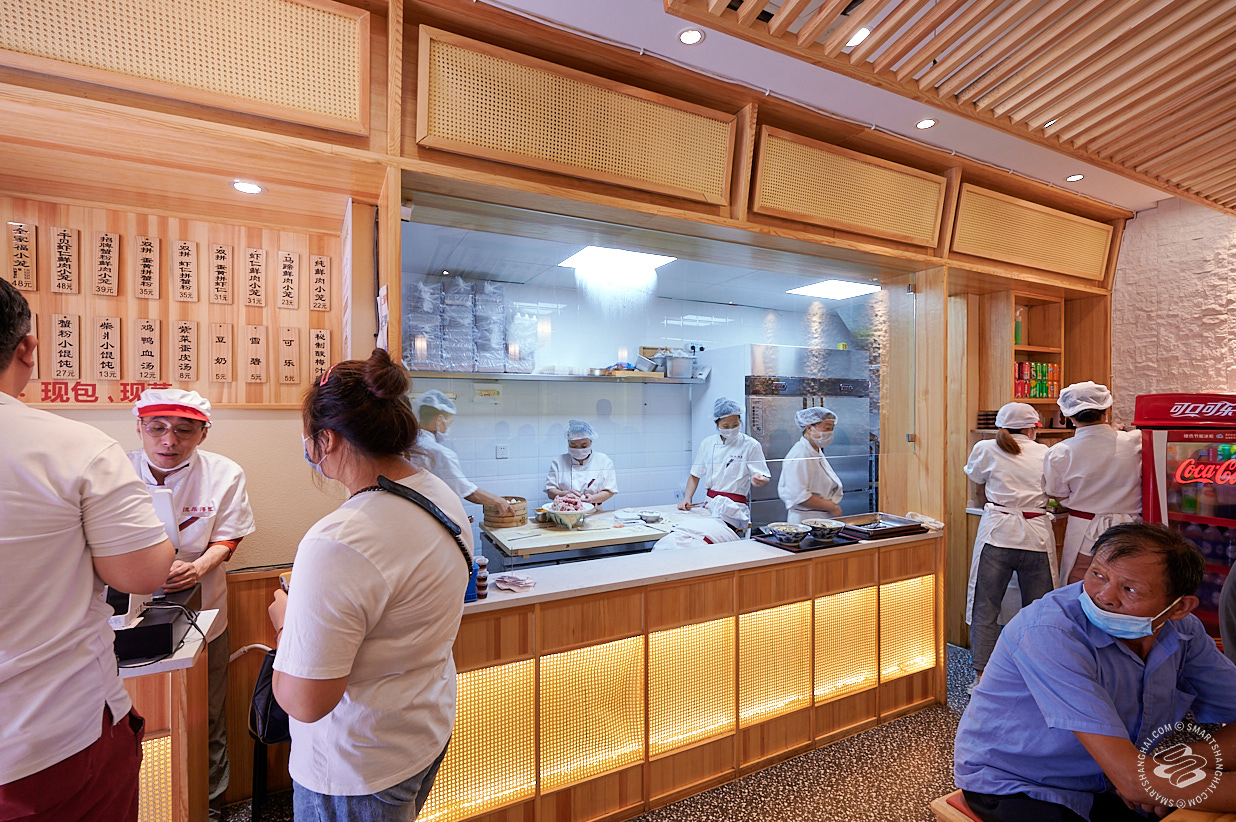 “If these aren’t better, I’ll give you your money back!,” the old guy at the cash register shouted at me as I stepped into Jia Le for lunch last week. Are you related to Jia Jia, I asked. He waved me off — “no relation” — despite him speaking to me from behind the counter, which was in the exact same position as when it was Jia Jia, next to the plate-glass window looking on to the cooks diligently folding and pleating from their wood work table, exactly as it was before. 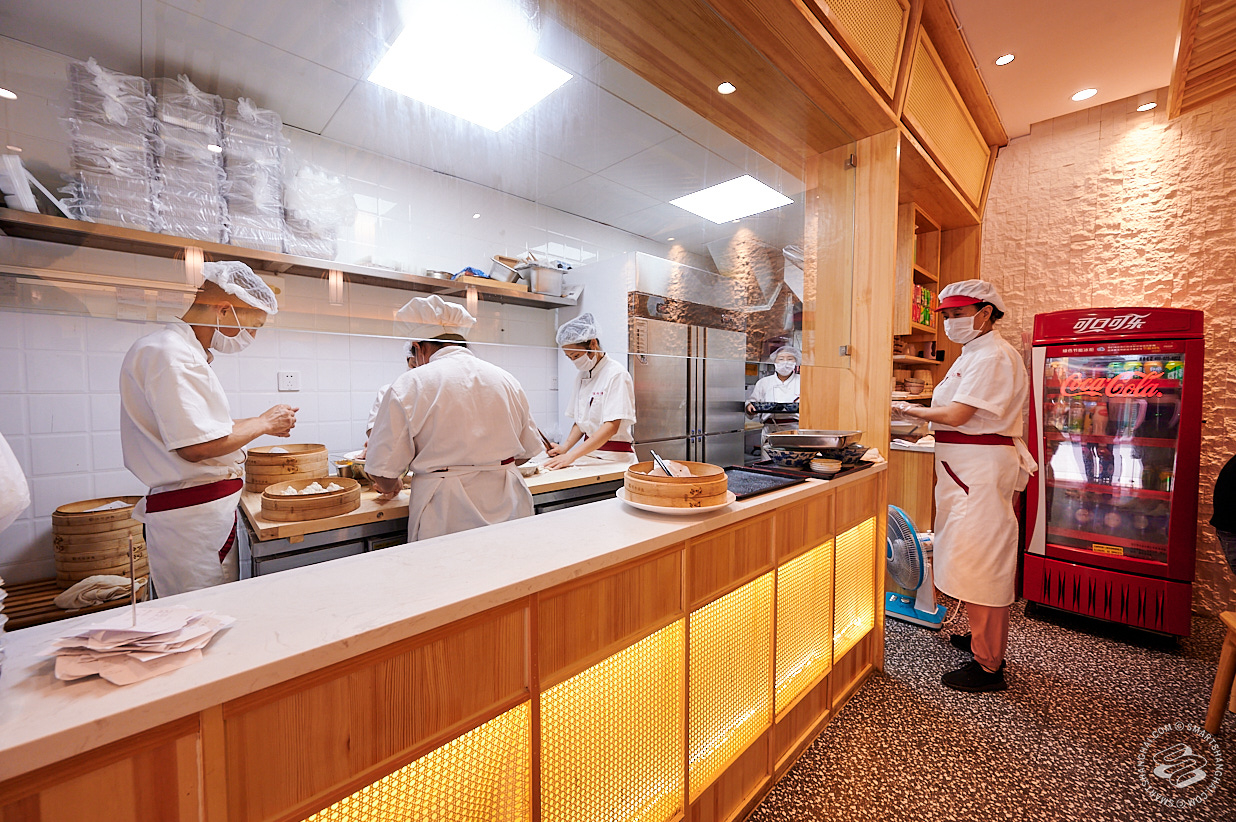 As I sat waiting for my two steamers of original pork soup dumplings, he stepped outside to berate some customers on the street who threatened to go somewhere else for soup dumplings. “Mine are better, try something new!” he shouted down the street. I fiddled in the newly renovated surroundings, which, honestly, were a welcome step up from the shabbiness of the original. 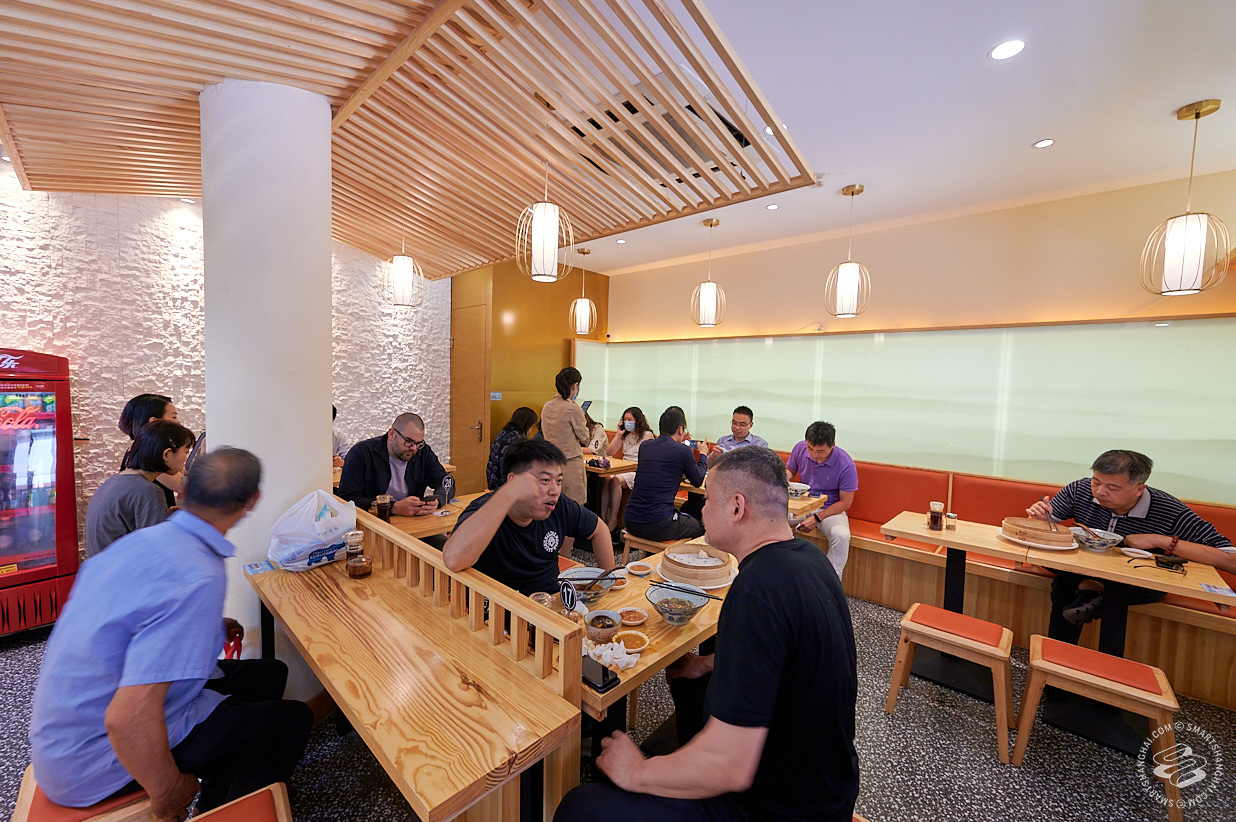 The old cashier fussed about with other customers in Shanghainese and made the same threats and promises while I waited for my dozen xiao long bao. When they came out, I was pleasantly surprised — thin skin, nice pleats, the same qingdan / mild flavor Jia Jia was known for. 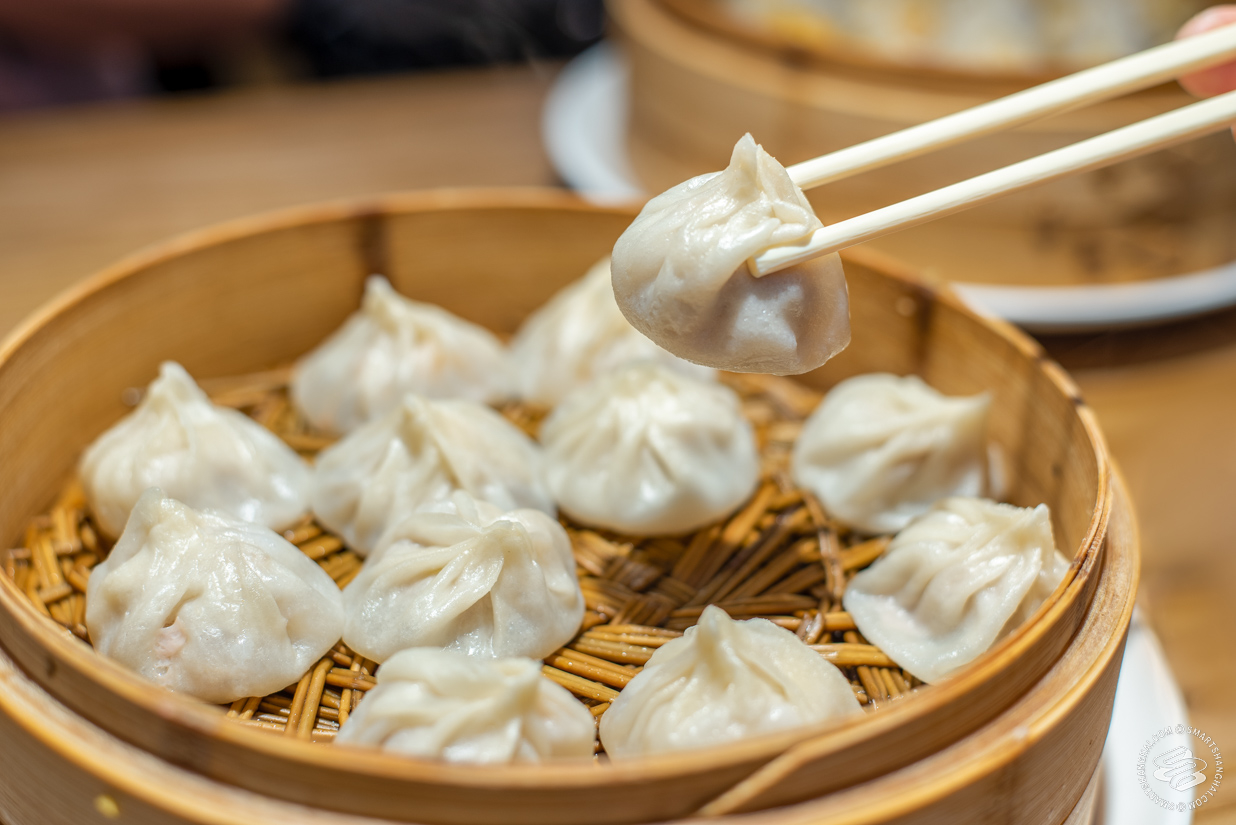 After lunch, I made a discovery. Jia Jia Tangbao, far from giving up their hold on Huanghe Lu, had simply moved half a block up to number 127, a double storefront at least four times as large as their original. 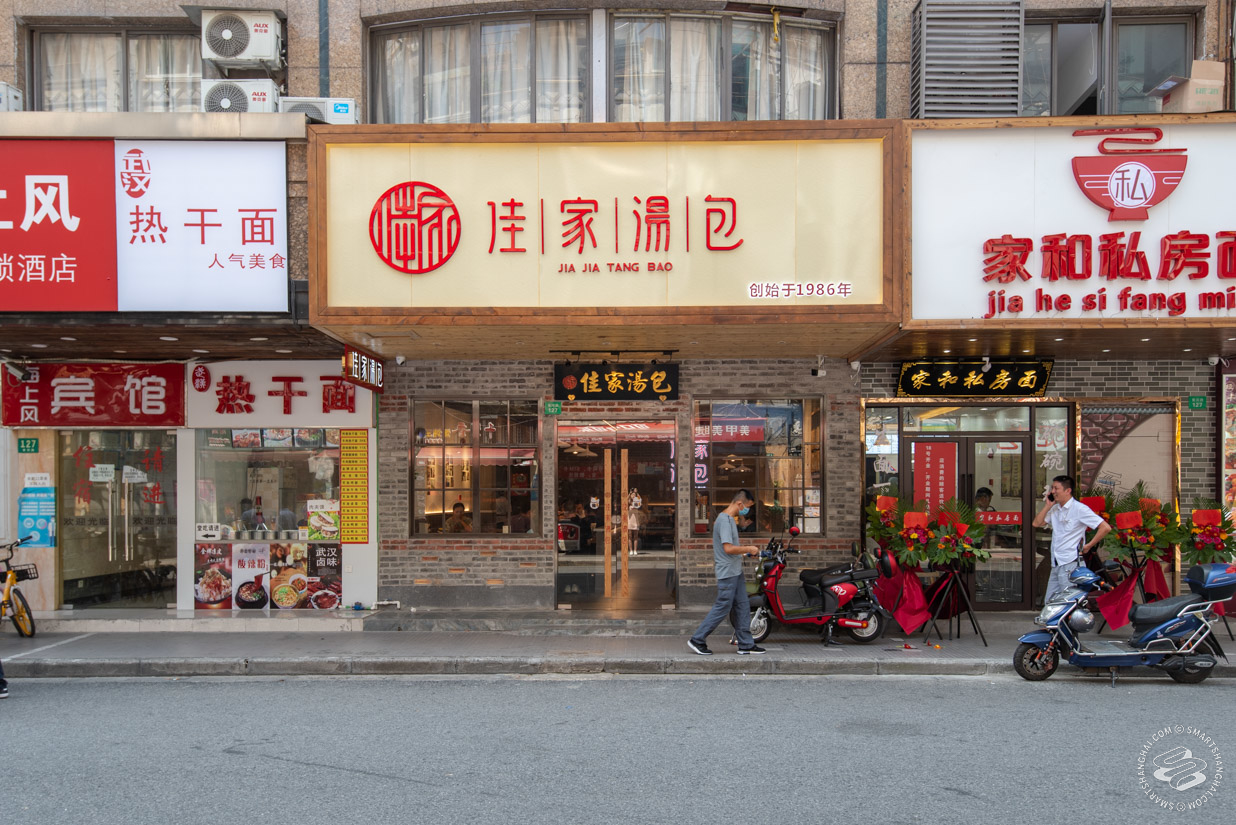 Business was booming, with all the seats filled, but there was barely a line. I asked the cashier about Jia Le. The reply was swift and declarative. She looked to the side and waved her hand derisively. “FAKE!” No relation at all? None. The matter settled, what would we like to order? 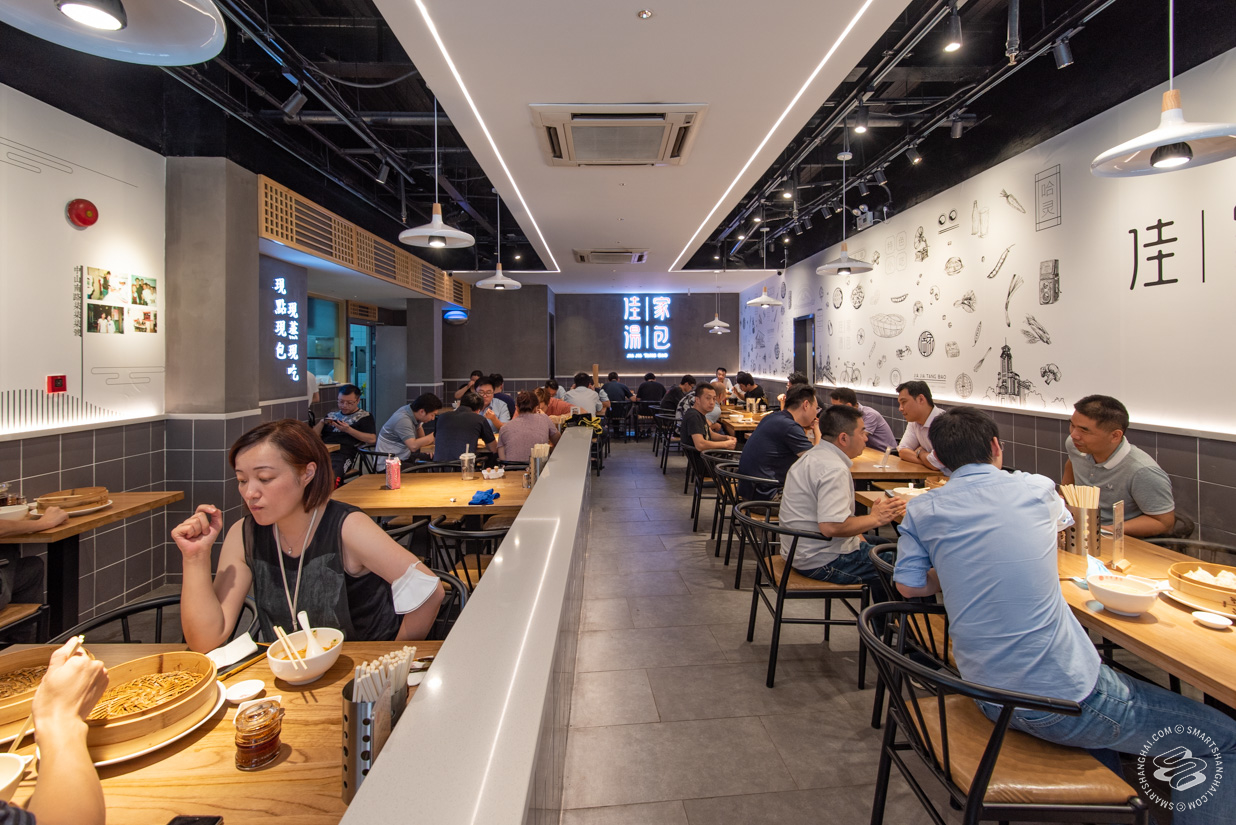 Back at number 90, a third interloper had become involved. The simple restaurant at number 88, clearly seeing an opportunity in the legions of customers and tourists (eventually) directed to their next-door neighbor, and then confused by the change, have put up pictures and signs for their own soup dumplings. The fight for the lucrative dumpling dollar had expanded. 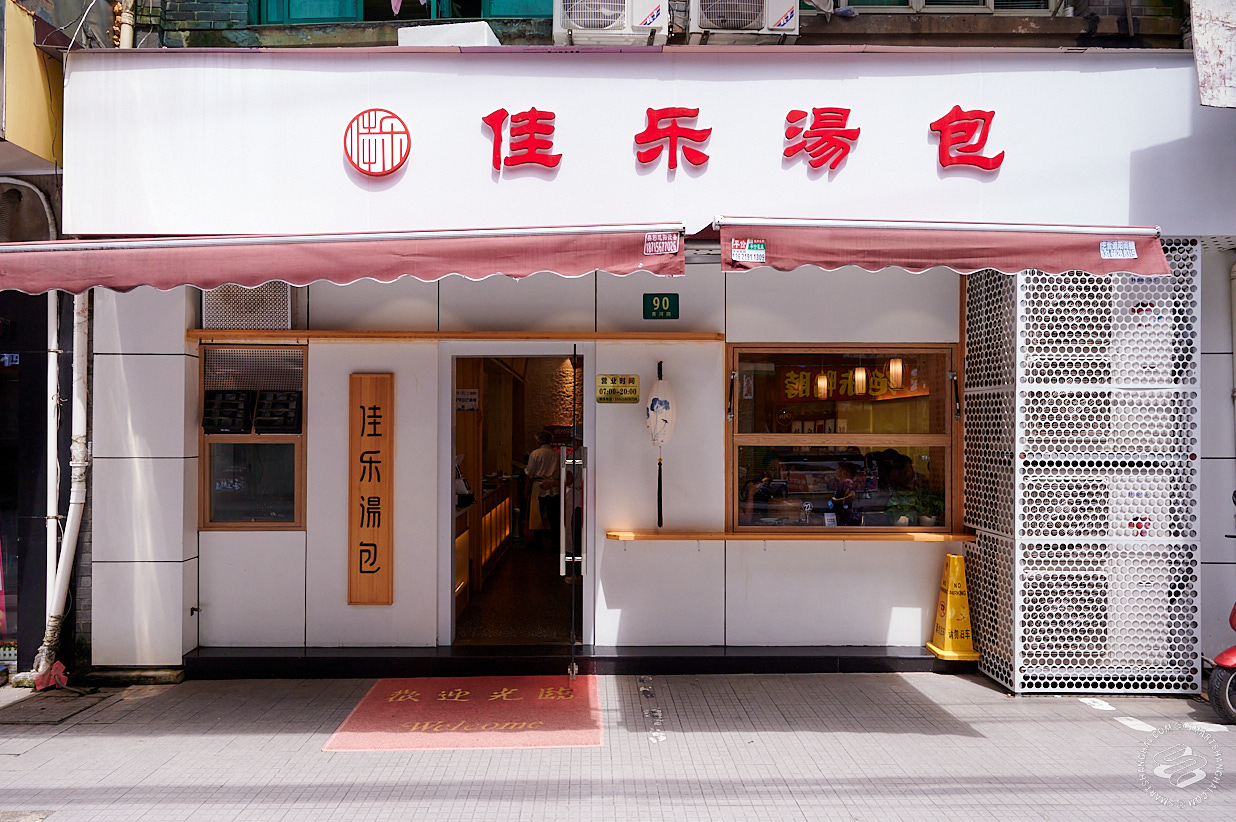 The interloper at number 90

So who has the best soup dumpling on Huanghe Lu these days? I didn’t try 88, but I did eat the number 90 copycat, and I had three steamers at Jia Jia, including a couple that weren’t on the original Huanghe Lu location’s menu: shrimp and pork, and salted egg and pork. They were, as always, delicious. And yet — I liked the plain pork ones at Jia Le just as much. If they had copied the original formula, they had done a good job. 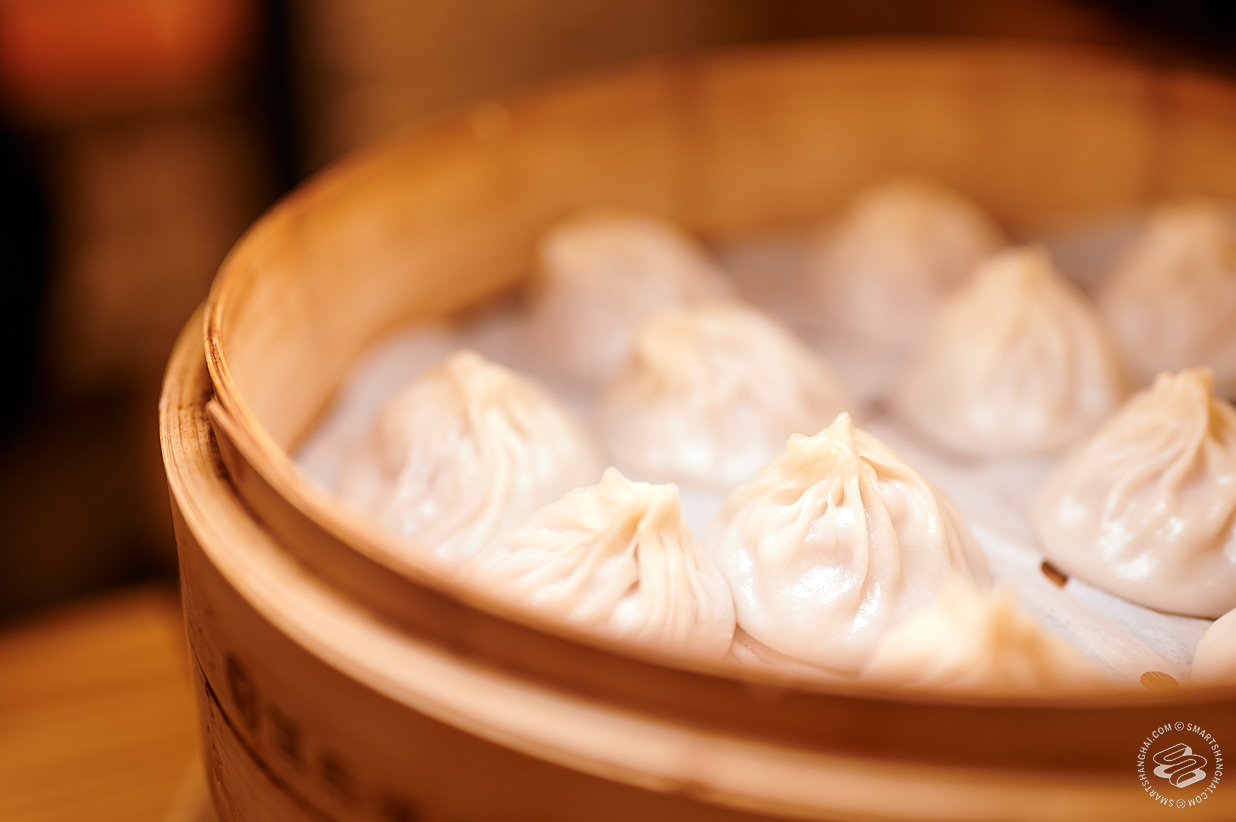 The old cashier was confident — maybe more than confident — and his store may be a copycat banking on unsuspecting casual customers and those driven to the street by guidebook recommendations, but a good dumpling is a good dumpling. No need to ask for my money back.