Previous Article
The Get Down: Dreamgirls, The Musical, Is In Town Right Now
Want to Study Chinese? Deadlines For Universities Come Up This Week
Next Article
SmartShanghai 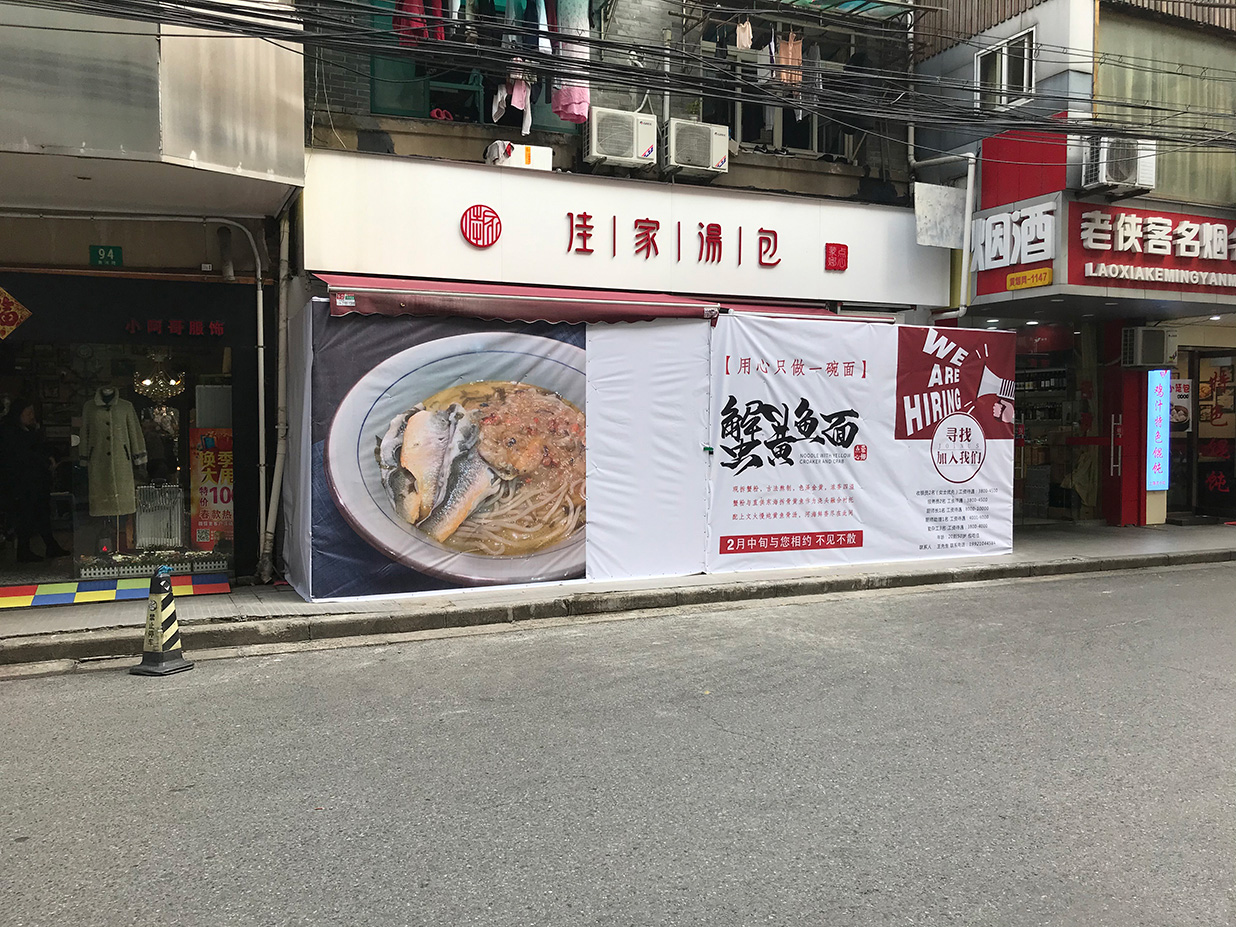 Well, it doesn't get bigger than this in the small world of tiny dumplings! The Jia Jia Tangbao on Huanghe Lu, just north of People's Square, has closed. Steamed its last steamer. Folded its last fold. Porked its last pork. Er... Maybe not that one. But it's gone, as evidenced by the picture accompanying this VERY IMPORTANT missive (click the jump)! And it will be turned into a noodle shop, to open in February. February! Have you no sense of history, noodle shop? One month is not long enough to mourn a stray poodle's passing, much less the long and storied history of this dumpling shop.

And think of all the poor tourists, guided to Huanghe Lu's double dumpling diptych, with the gentle and aristocratic soup dumplings on one side and the earthy, brown fried bottoms of Xiao Yang's on the other side. Where will they go, the tourists? To what Lonely Planet will they turn?

Actually, they'll just go to Jia Jia Tangbao. Because, you see, there is another one, which is as good or even better than the Huanghe Lu one, on Liyuan Lu. It's the original location anyway, though they've fancied up the decor and expanded since it was a six-square-meter dumpling hole all those years ago. I was there last week, in fact, and spotted a tour bus full of older Taiwanese tourists leaving the premises. So it's already started.

The story is that, apparently, the grotty Huanghe Lu location, which I loved, was actually a franchise from the original Jia Jia family, represented by the Liyuan Lu store, and the franchisee contract has now run out, hence the closure. The truth may be a little more steamy but one never really knows in these situations, do they?

Still, it's a sad day for dumpling enthusiasts, with one more very good thin-skin-school option now gone. Pour out a bit of the vinegar bottle at 90 Huanghe Lu for the millions of dumplings this one tiny location made and steamed to order. Jia Jia wan sui.