Club as a battlefield.
By Alex Panayotopoulos
Sep 11, 2020 | 17:00 Fri
Photos: Brandon McGhee
On The Radar: On the Radar is a SmartShanghai column profiling new restaurants, bars, and other new places you might like to know about. Sometimes we stumble across these venues and sometimes... we are invited. As such, these are our first impressions and not a formal review. 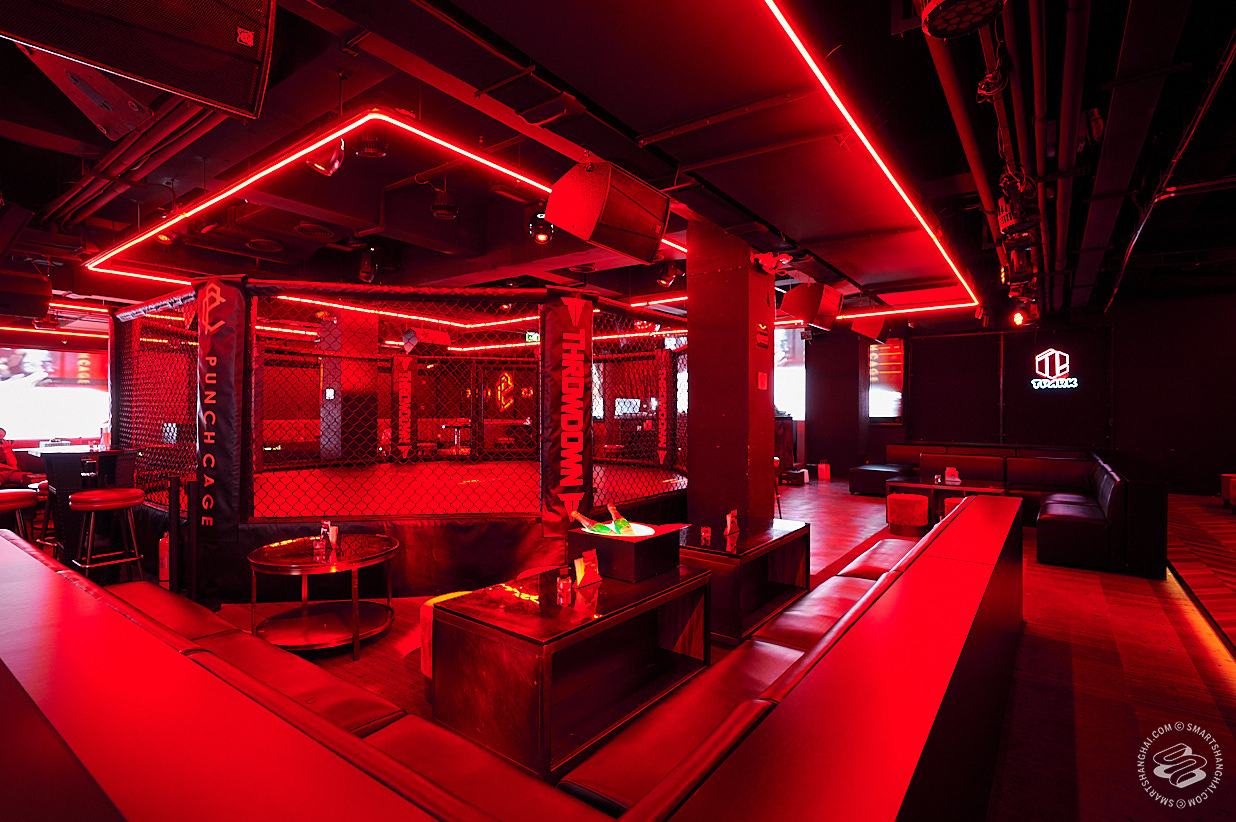 What It Is: The Colosseum was a critical element of late Roman culture. An arena for death and violence, but also a place to build public consensus, the only place the public could voice criticisms of the emperor, a place where man and woman, senator and plebeian could be made equal in shared bloodlust. It was a pressure valve for a very stressed society. 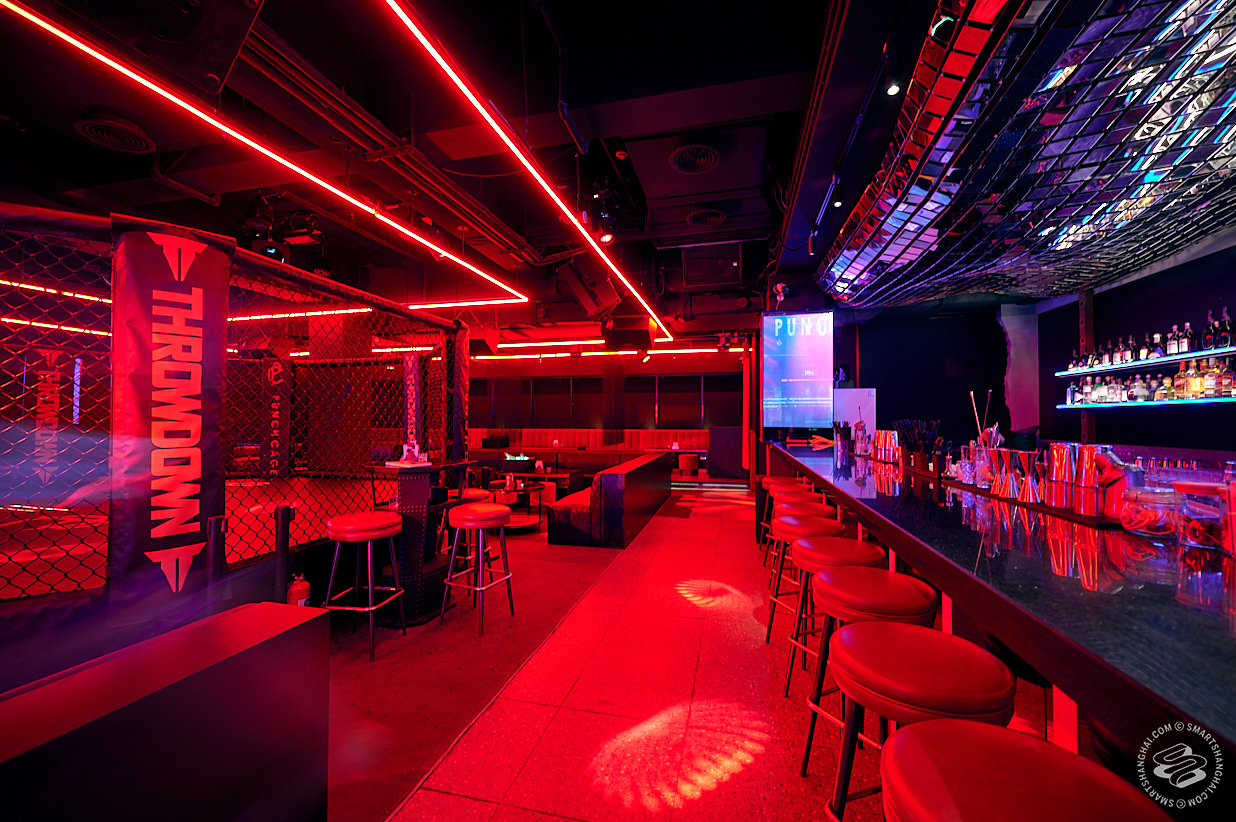 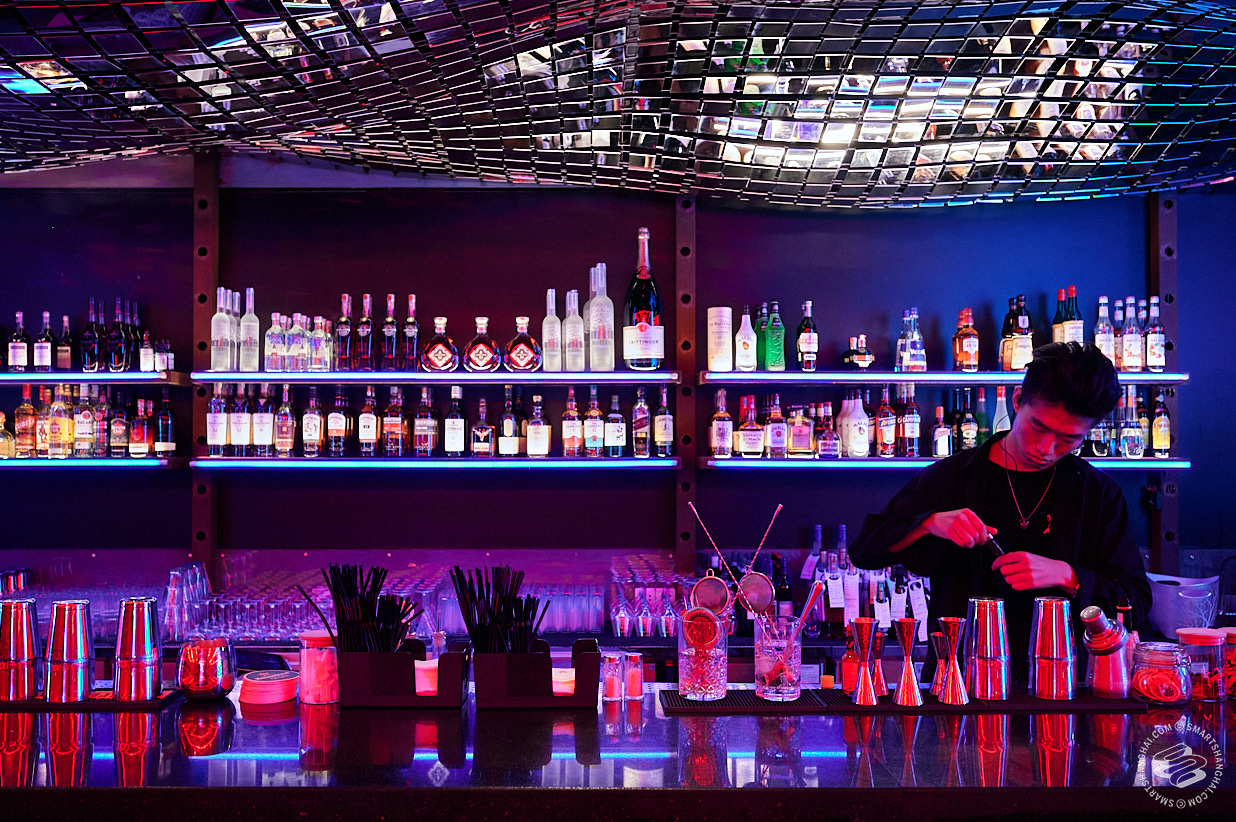 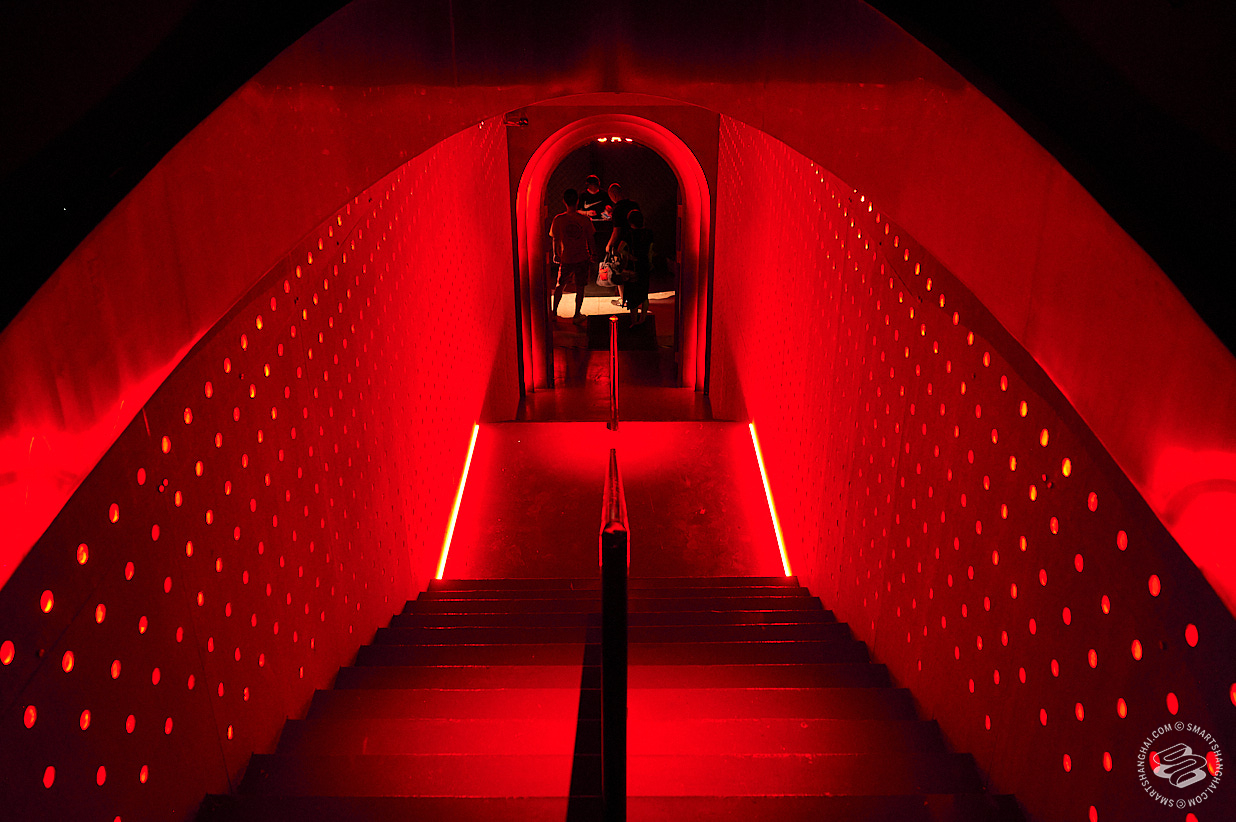 This red red red underground nightclub can be found underneath the old Specters (which, incidentally, is like a cafe now?). It was a hip-hop club called Chihuahua for a while, but rebranded back in February just in time to get knocked out by COVID-19 for six months. It reopened in June, but swung in under our radar — and our guard, smack, pow! — until recently. We're not the only ones slow to notice: crowds have been spotty a couple of months after opening. Part of that might be the location, part of that might be that most don't base their club preferences on the movie Bloodsport, but part of that might also be the first rule of Punch Cage. The club occupies a giant basement divided into twenty-some seating sections and a small dancefloor in front of the DJ booth — club says they'll play mostly hip-hop but it was generic club beats when we visited. A couple of hundred people could fit down here easily. Pride of place goes to the full-size UFC-style octagon in the middle of the room. The tables closest to it are less than a meter from the mesh. The ceiling might be too low for most fighters to straddle the top of the cage without banging their head. 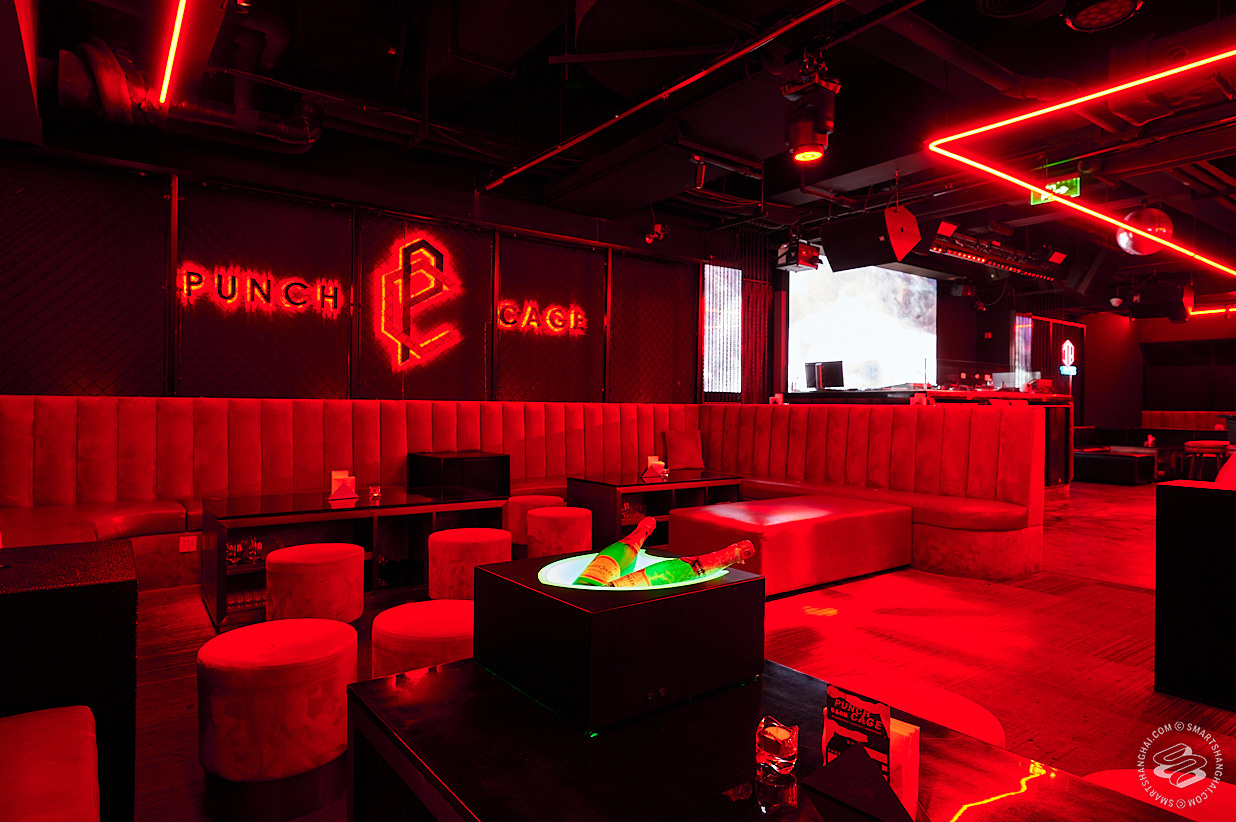 They usually have two or three fights on Sundays, Tuesdays, and Wednesdays. Thursday to Saturday can have as many as four to six fights starting at 9pm. They do boxing and BJJ — no MMA ("too violent!") — and another category described as "free-fighting." We'll let that stay a mystery. The screens around the club show previous fights, including one with full-contact medieval armor guys. Brutal. Fighters come from clubs around town. When we asked if people can rock-up and brawl with their friends, the organizers were like "yeah sure!" Presumably, you have to sign a waiver. Not sure how tight the licensing on that is, but man, what if you could call someone out on the dancefloor and be like, "hey, let's take this to the Punch Cage." First Impressions: What an excellent name. It's what you'd call an octagon if you didn't know it was called an octagon. You know, the thing? The... Kick Box. Choke Crate? The Pummel Enclosure. 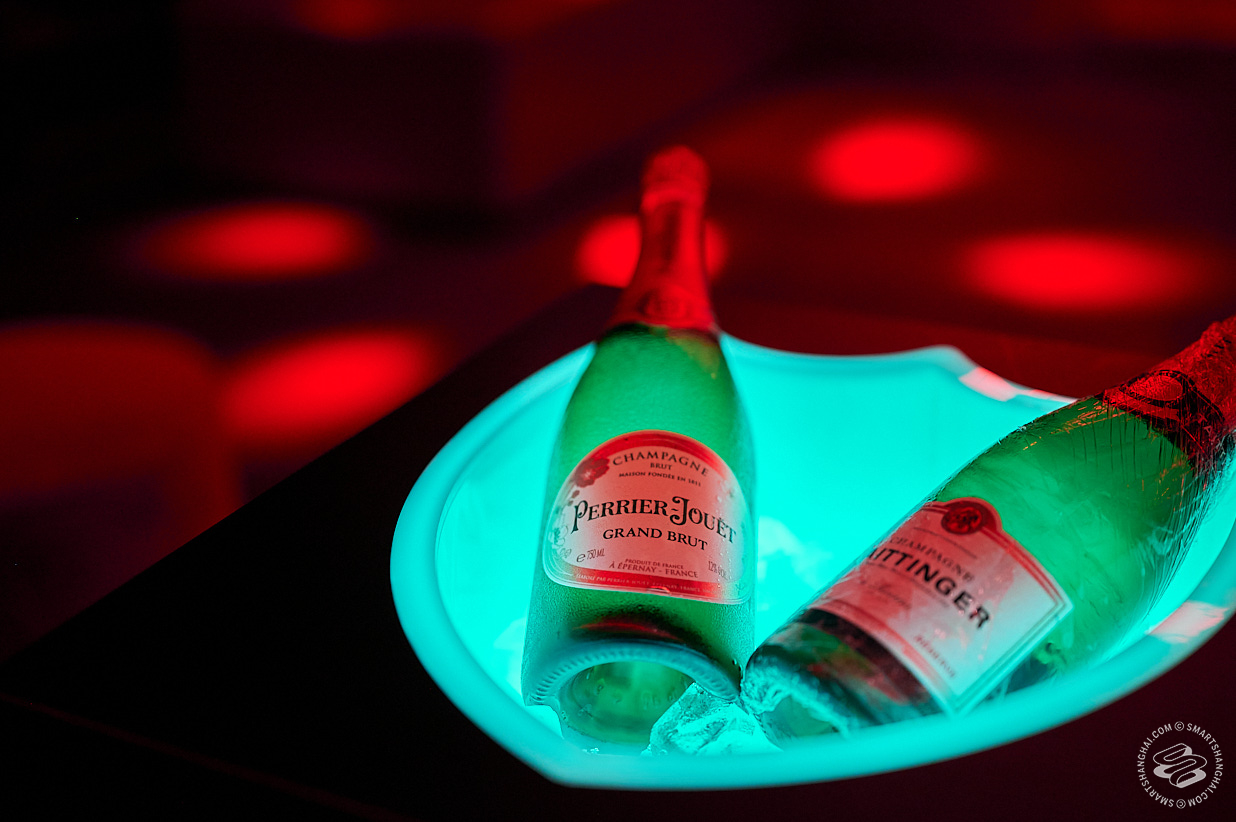 Apart from the gimmick literally taking up center-stage, this is your run of the mill nightclub. Champagne and bottles of vodka, VIP room with karaoke in the back. I'm going here to feel like the bad guy in an 80s action flick. Is anyone else going here? Probably if they know the fighters, or they're bored with the regular club rotation. Looking forward to Shanghai's first Kumite tournament once international travel resumes. 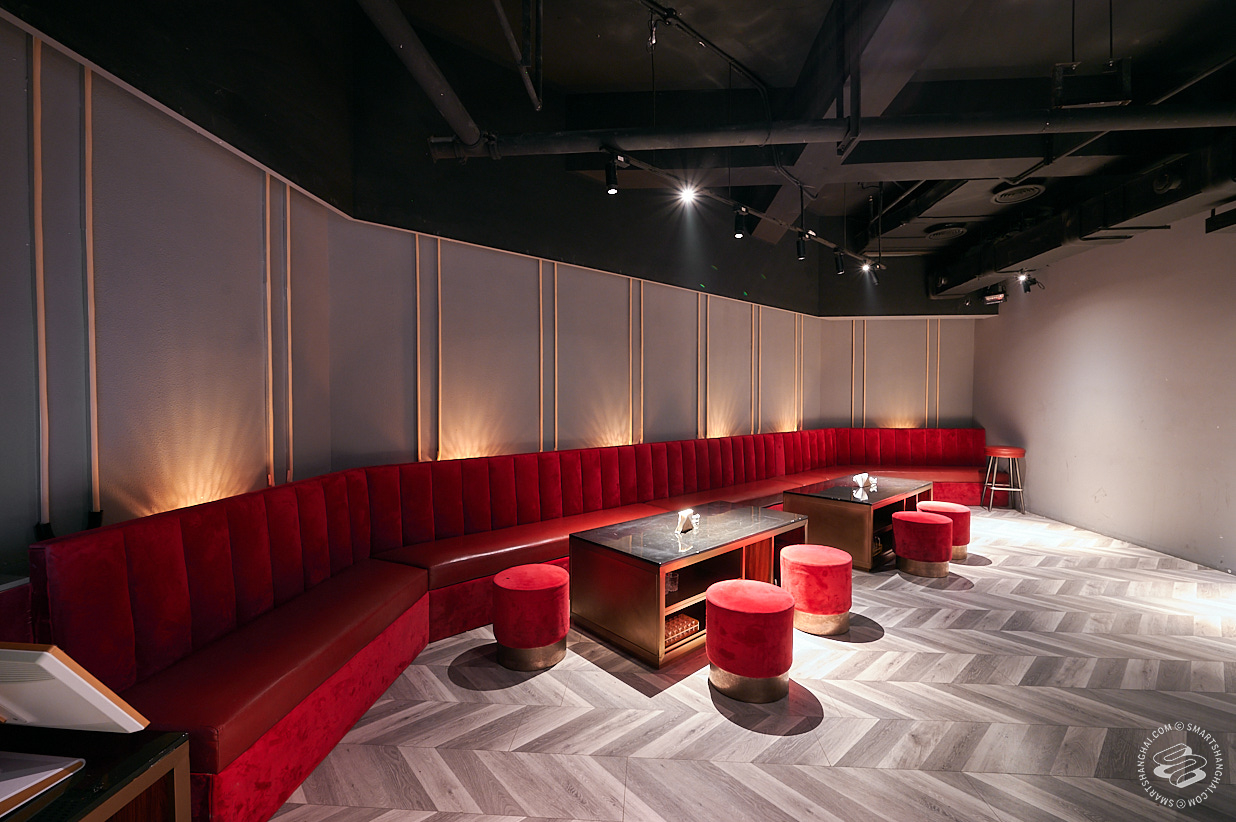 They charge entry for fight nights, but drinks are like 50rmb and table prices are relatively cheap. Minimum spend of 2,000rmb for a table right next to the ring? Close enough to get sprayed by sweat and viscera, to lovingly tease the rippling muscles of the combatants with your fingertips as they strain and huff against the wire mesh enclosure? An absolute steal. TAGS
Latest Openings Nightlife Sports & Recreation
Editorial Policy: At SmartShanghai.com, all of our editorial content is conceived of by our team who live in and critique this city, for our readers who do the same. We don't accept payment for content, unless clearly labelled. Read our full editorial policy here.
ADD THE FIRST COMMENT