Beef balls, tendon, tripe, rare beef, bean sprouts, basil, mint, oh my.
By Lynn Yen - Photos: Brandon McGhee Nov 30, 2001 2001-11-30 Dining
Pho is widely believed to be the Vietnamese adaptation of a French soup called pot au feu, which sprang up after France colonized Vietnam in the late 19th century. The story goes that the northern Vietnamese took the leftover beef parts and bones from the French to create Pho Bac, a northern-style soup —though it should be noted there are competing and controversial alternative theories.

Fast forward to the middle of the 20th century, and Vietnam is divided into the north and south. Many northerners fled south, taking their soup with them, and evolved it into a southern-style as well. Pho then went global with the exodus of Vietnamese from their home country in the 1970s, mostly from the south, and was eventually imported into China as entrepreneurs saw the similarities between southern Chinese dishes and the Vietnamese rice noodle soup. History!

Today, pretty much all the pho in Shanghai is southern-style, which emphasizes the meat, and comes with beef balls, tendon, brisket and all of that. It’s also served with hoisin sauce, chili, and a bunch of herbs and bean sprouts (though never enough herbs in Shanghai). In the north, pho is a simple, clear soup with chicken or minced beef and a slice of lime.

Here are five places to get southern-style Vietnamese pho in Shanghai! 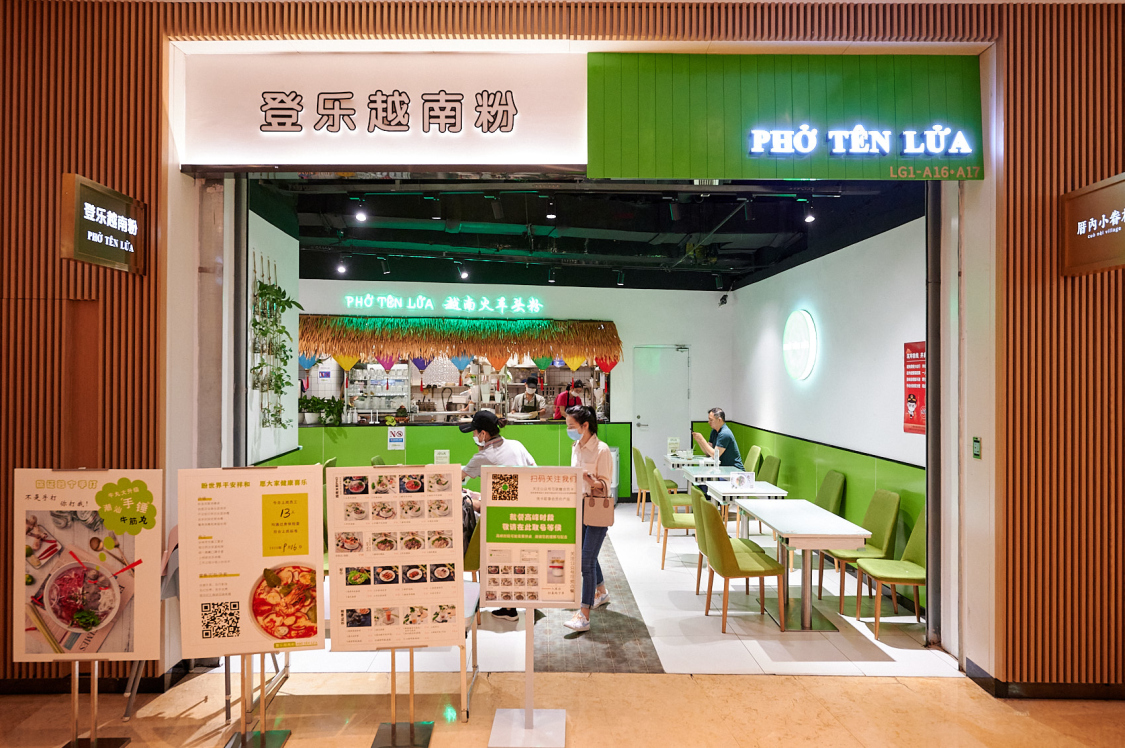 Deng Le, which opened in summer 2019 in Pudong, has a mom-and-pop feel. The special at this Vietnamese-owned shop is Pho Ten Lua (48rmb), which comes with rare beef, beef tendon, beef balls and tripe, in either the original meaty soup or the owner’s original hot and sour broth. When they run out of broth, they’re done for the day. Solid, affordable option. 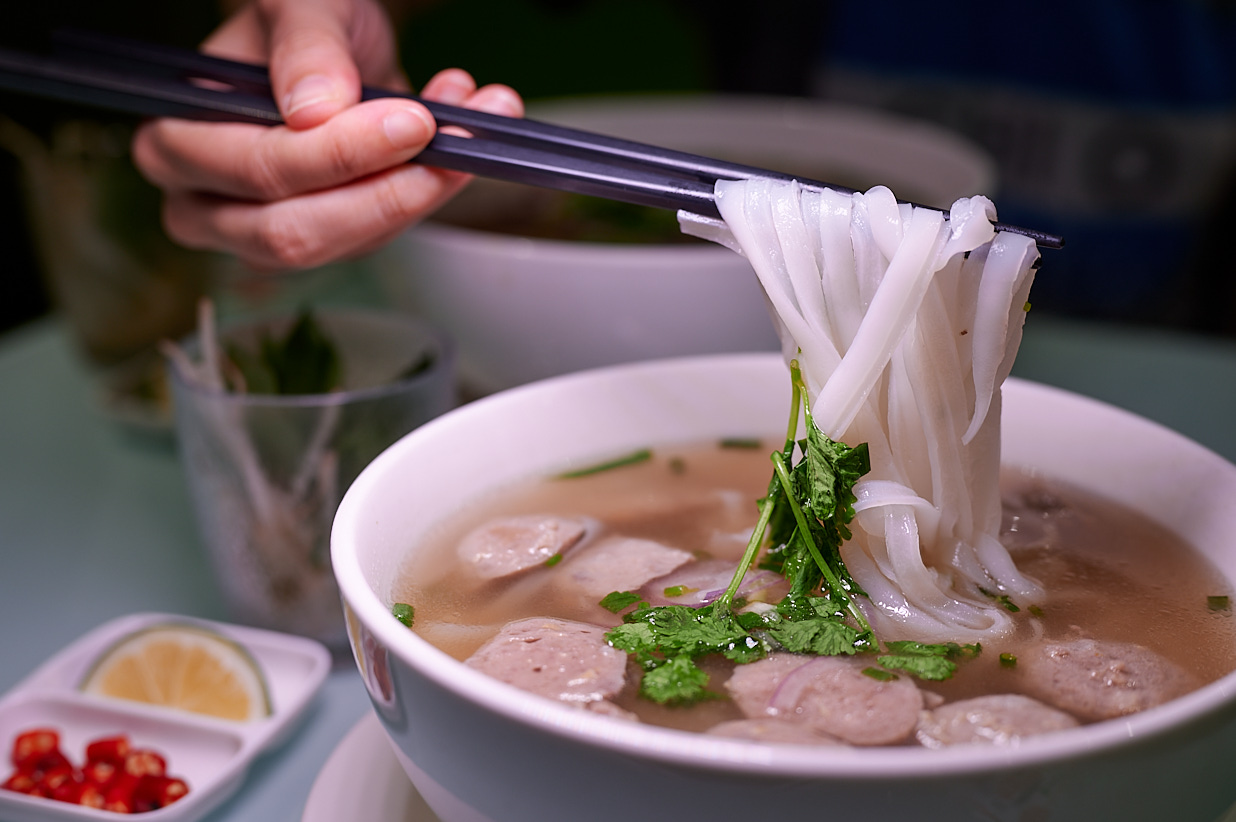 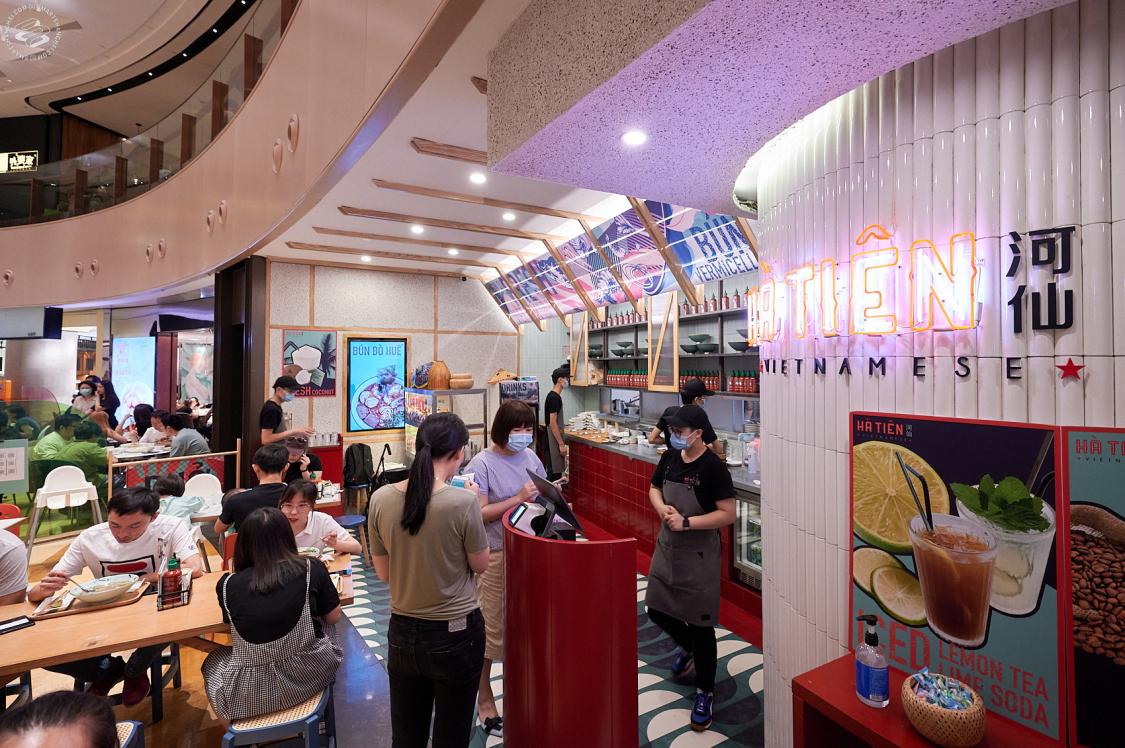 Ha Tien has great soup. The 68rmb beef combination comes with beef balls, tripe, brisket and rare beef, a better choice than the sometimes-dry oxtail and brisket option (88rmb). The brand, named after a coastal city in Vietnam, has two stores in Shanghai; this was their first. The owner here is Australian-born Vietnamese (mom was from Vietnam). Expect lines at lunchtime. 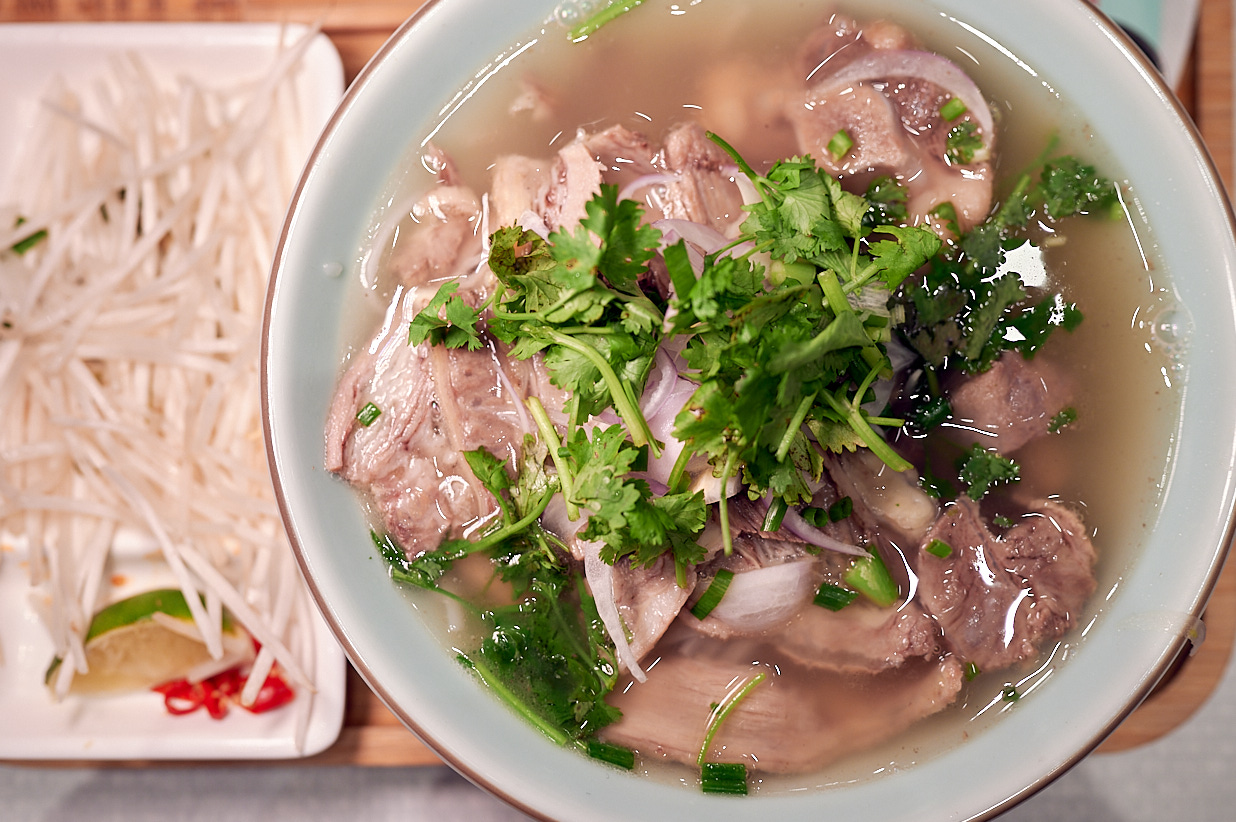 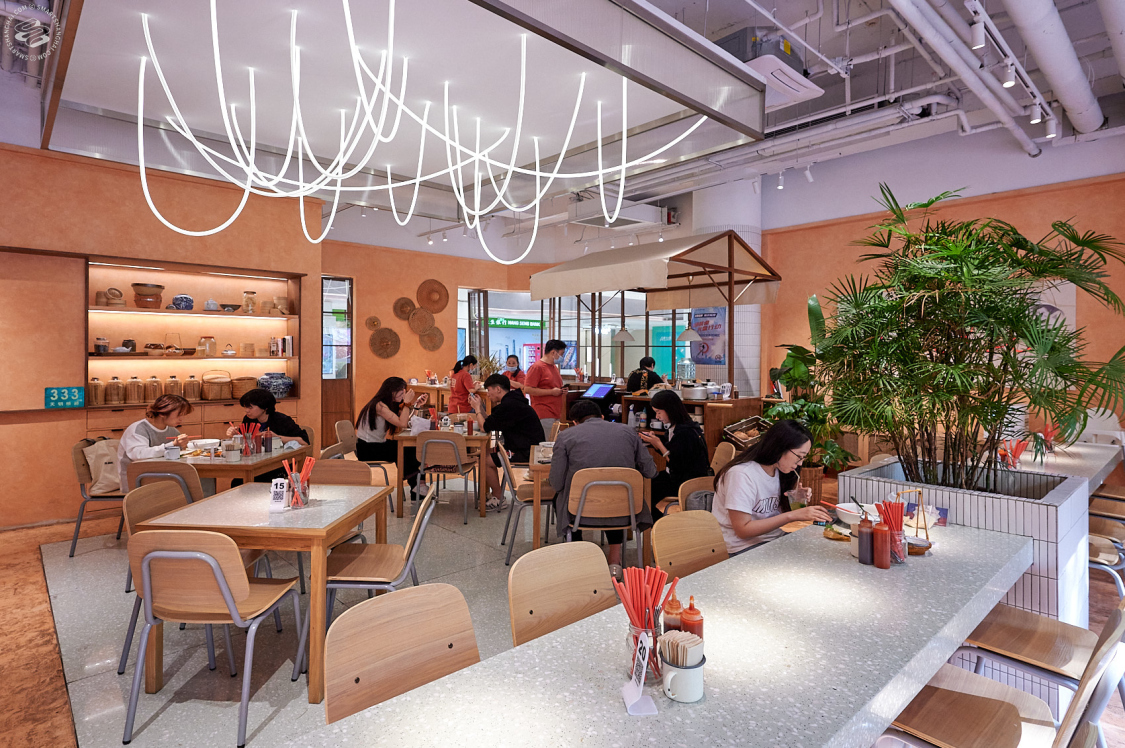 Fat Pho, a glossy, hip café, first opened near Shanghai Stadium in late 2019, with a pink theme on everything from the walls to the menu and chopsticks. A neon sign above the kitchen asks you to “Send Noods”; the soundtrack is hip-hop. The owner here is the Australian son of a Chinese immigrant who got interested in cooking back home in Melbourne and now uses Australian wagyu beef to make his full-bodied broth. Winner. A second location is expected to open near Xintiandi in late 2020. 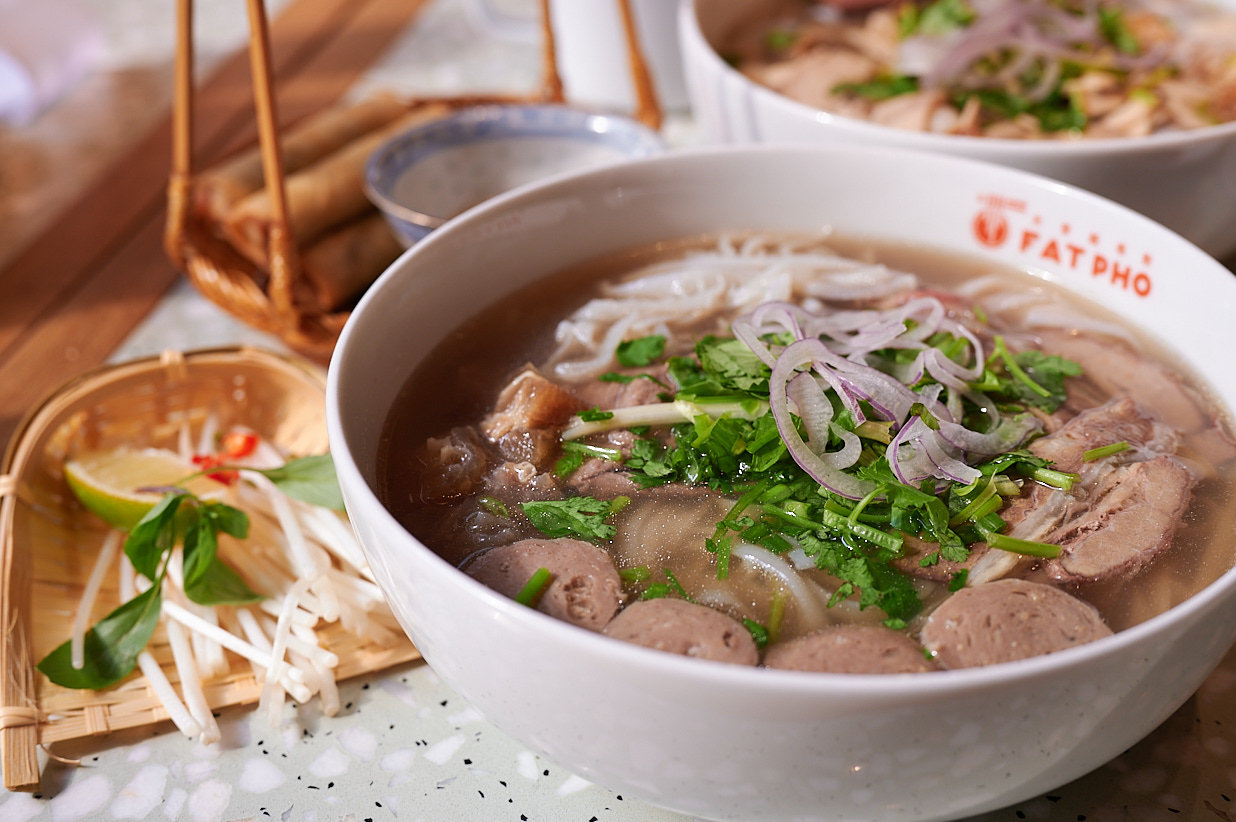 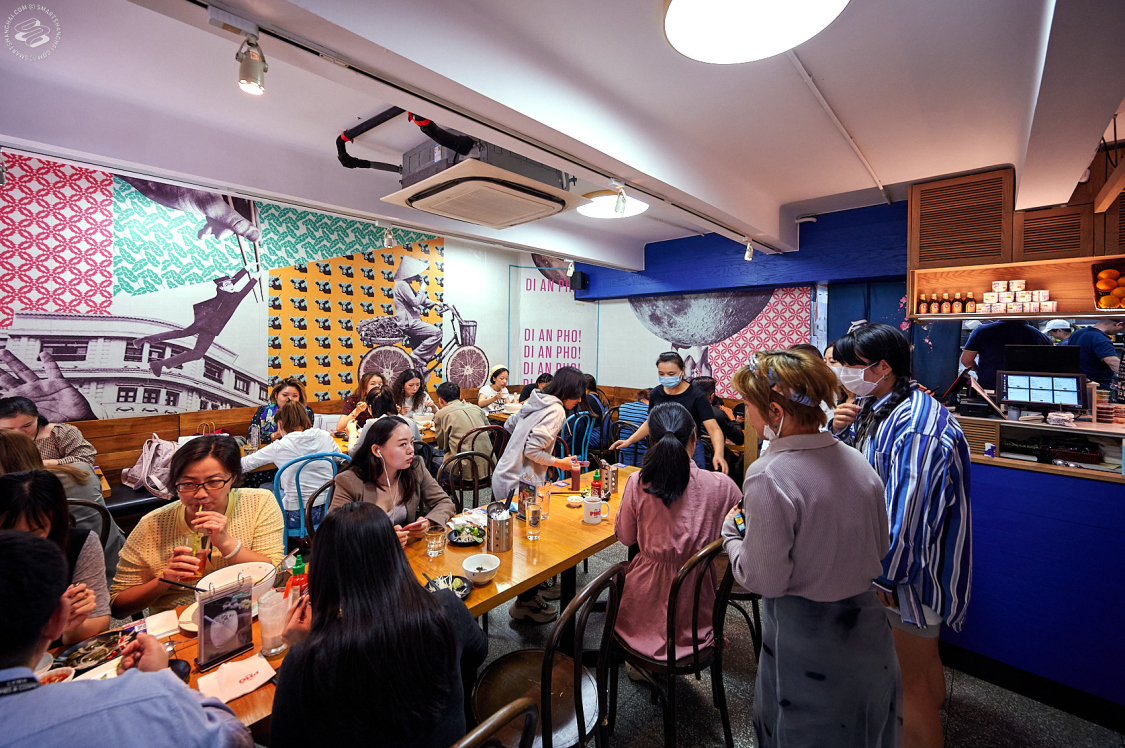 The Pho Store is a relative veteran in Shanghai’s pho industry, dating back to the Jurassic Period, otherwise known as "2015." The modest store behind Plaza 66 is done up with pop art and neon and draws long lines during lunch for bowls of soup with sliced beef starting at 49rmb. Probably better to upgrade a little —for 65rmb, you can do the full complement of sliced beef, beef balls, brisket, tendon and tripe. 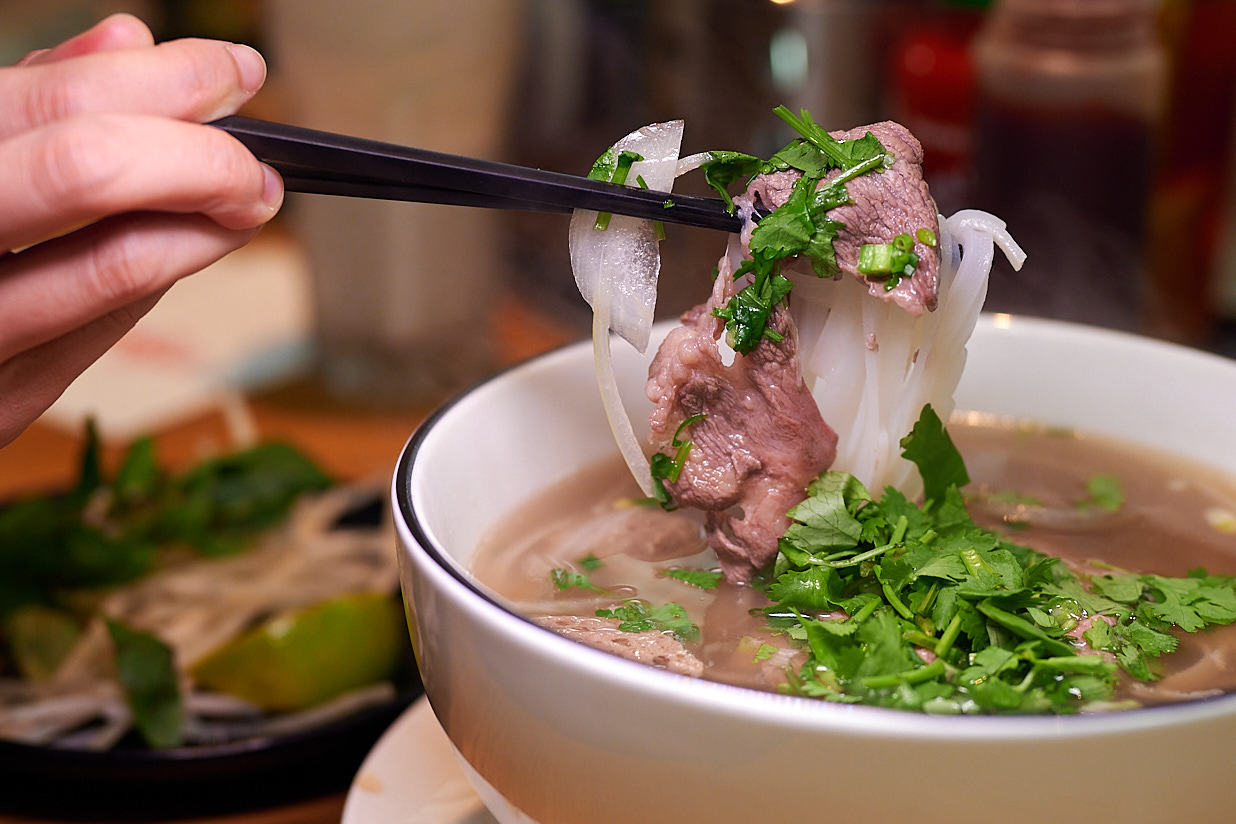 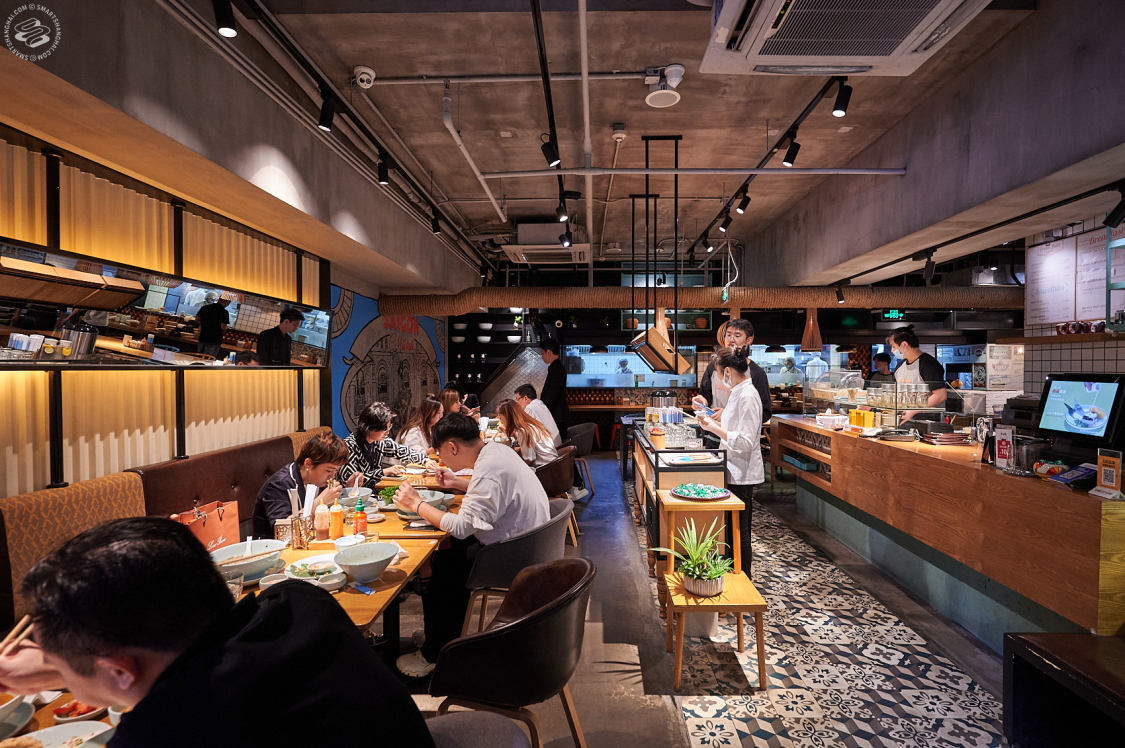 Like The Pho Store, Saigon Mama started in 2015. They also serve pho. And that’s kind of where the similarities end. Instead, Saigon Mama has expanded into a national chain since it opened, with 10 stores across Shanghai and Beijing. The Vietnamese-Canadian owner’s family ran Vietnamese restaurants back in Canada, and he saw a need in Shanghai to do the same. Food here is uniformly good, from the cold bun noodles to the banh mi. For 58rmb, the pho classic comes with all the cuts and a choice of three different thicknesses of rice noodles. 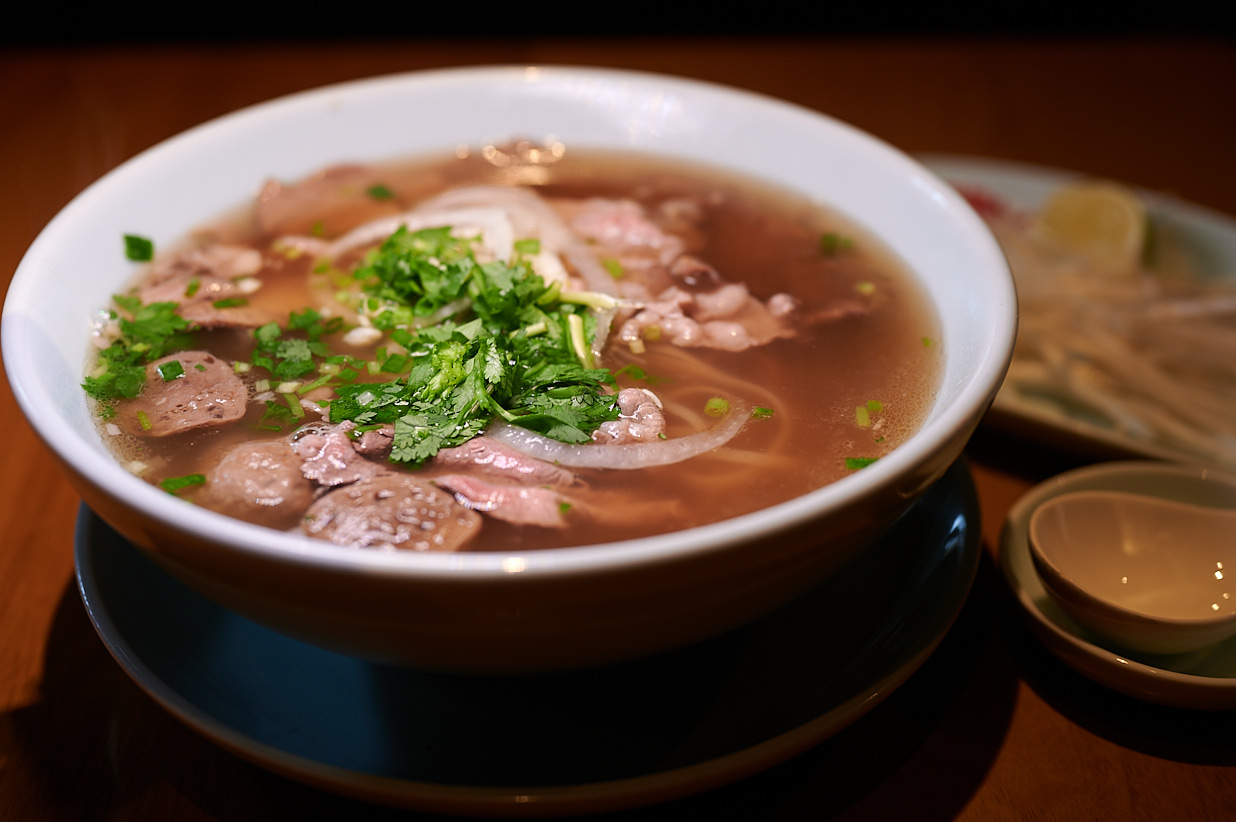