Chestnuts are the Best Nuts, and This is Where You Should Buy Them

By Alex Panayotopoulos Nov 11, 2020 2020-11-11 Dining
It's chestnut season. Apparently? From around October to about April, chestnut vendors set about preparing the little brown nuggets (they're called li zi, 栗子), seeds of the deciduous beech trees in the genus of Castanea, for cracking and consumption.

Never been a huge fan of chestnuts. Chestnuts just seem so... I don't know. Rural? Like I'm meant to chew them open-mouthed, barefoot in the mud, little bits of shell flying everywhere as I loudly make up stories about Boo Radley. This is the city, baby. We eat sexy, modern nuts here, like pistachios. Salted pistachios.

Turns out that was rank, base ignorance. 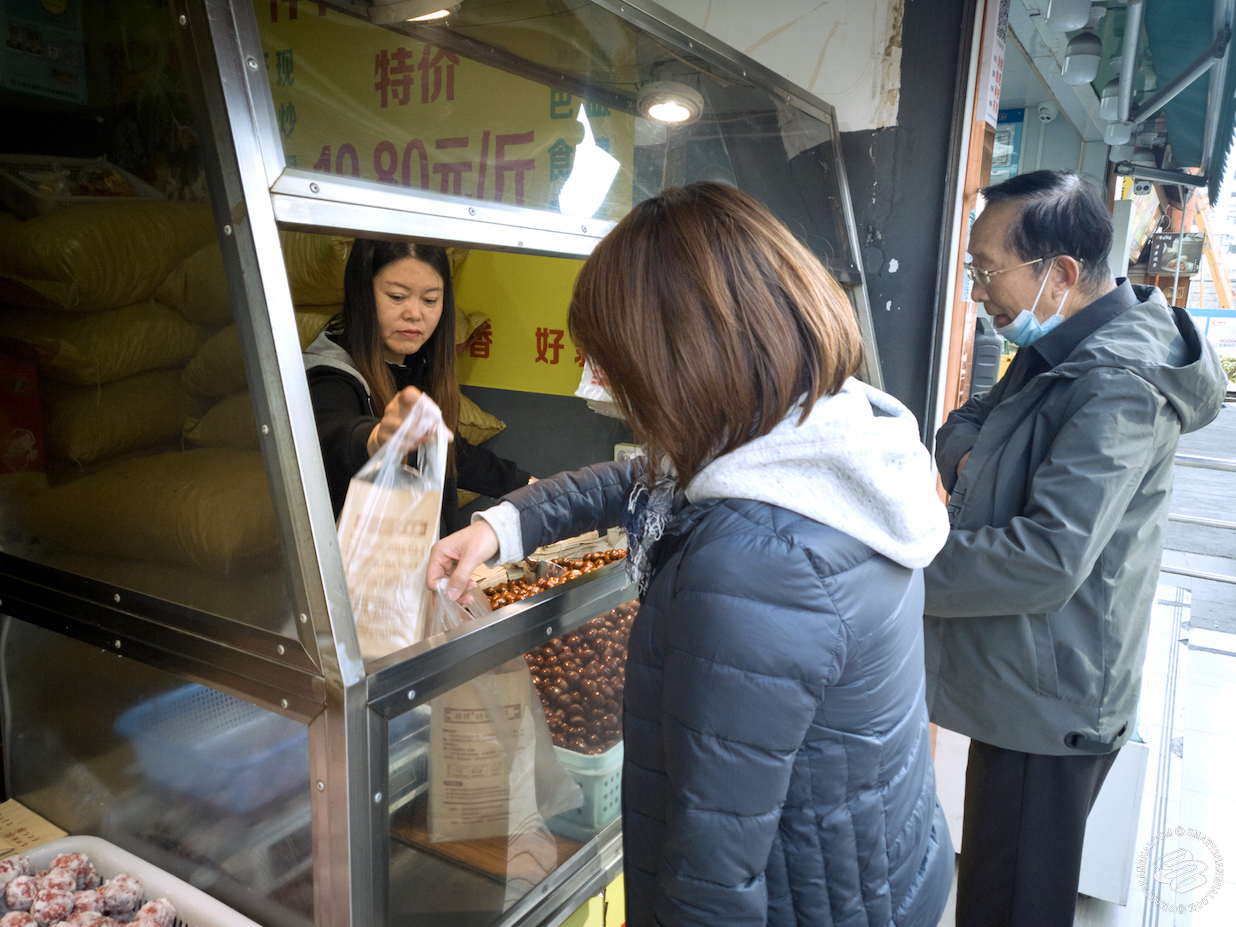 Chestnuts rule. You just need to know where to find the good ones. There are tons of chestnut vendors Shanghai, from street-front shops to guys selling off the back of trikes. Dianping has nearly 3,000 results for 栗子. Two well regarded ones are Li Shang Huang and Hao Hao Chestnut Shop. We consulted a chestnut expert, though, and they recommended Xiang Xiang Chestnut, right by Changshou Lu metro station. 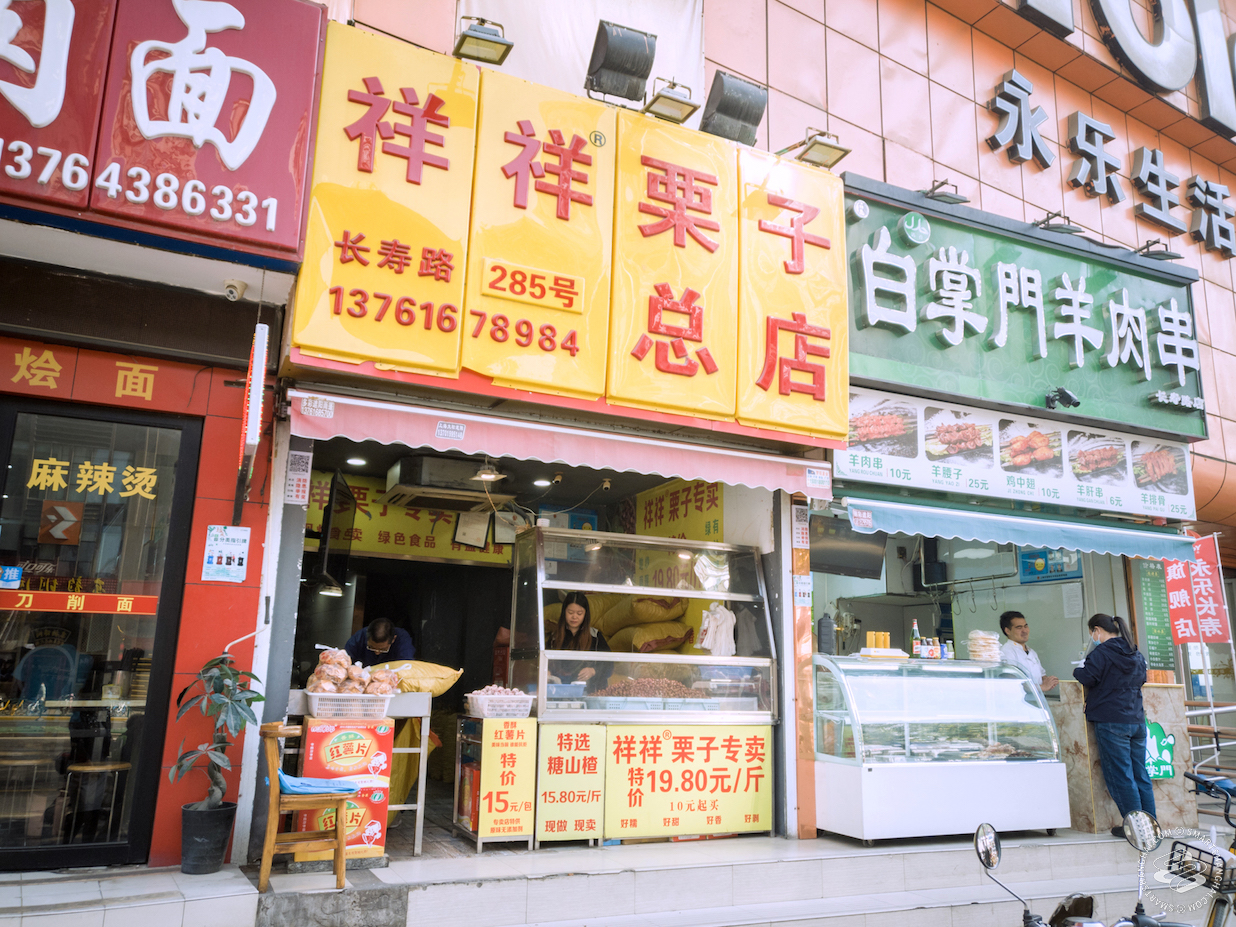 The little store apparently gets packed during the day, but we managed to hit it during a lull: only six people in line. 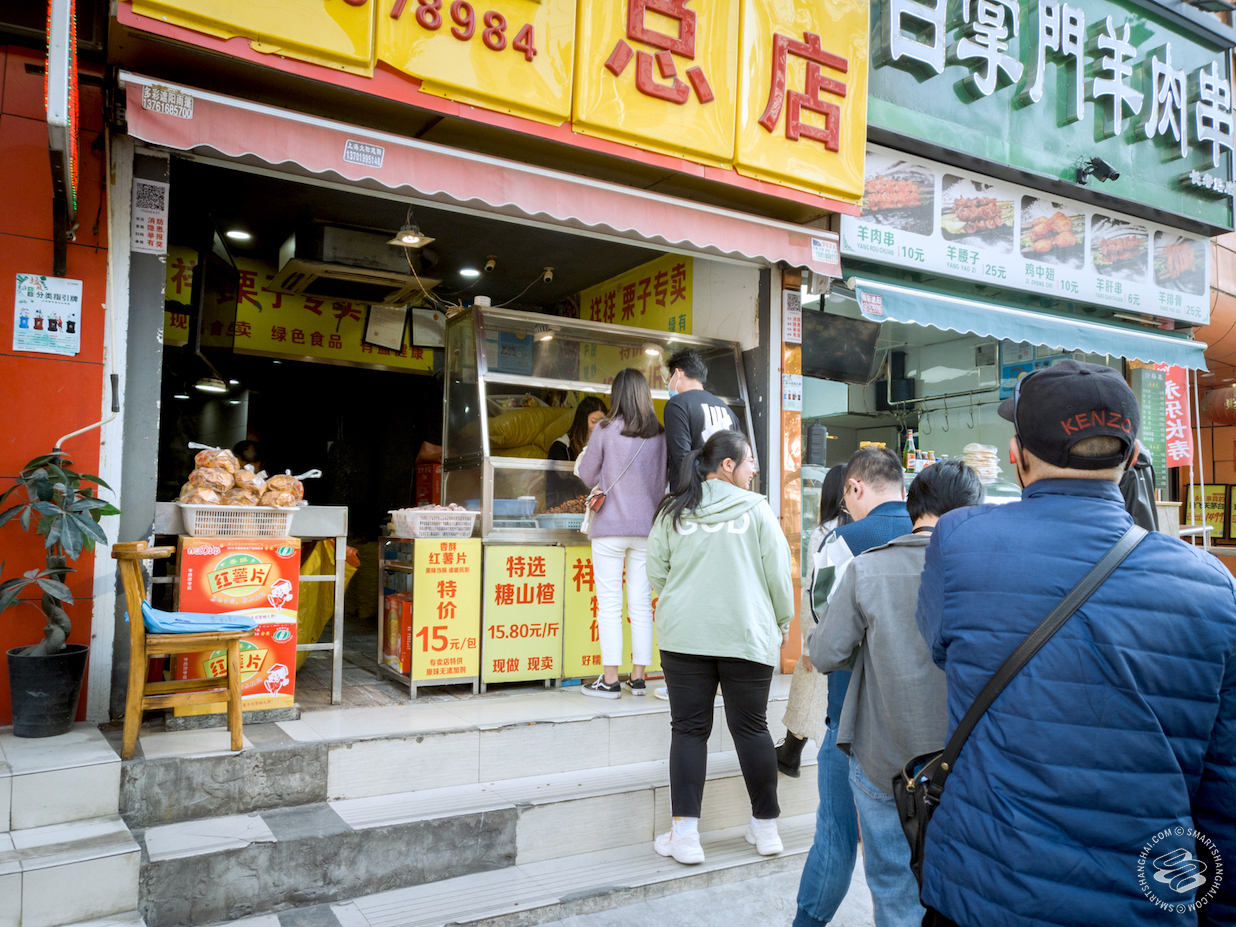 Qianxi County in Hebei (河北迁西) is apparently famous for their chestnuts. It's something about the sun, the temperature difference between day and night resulting in higher sugar content. 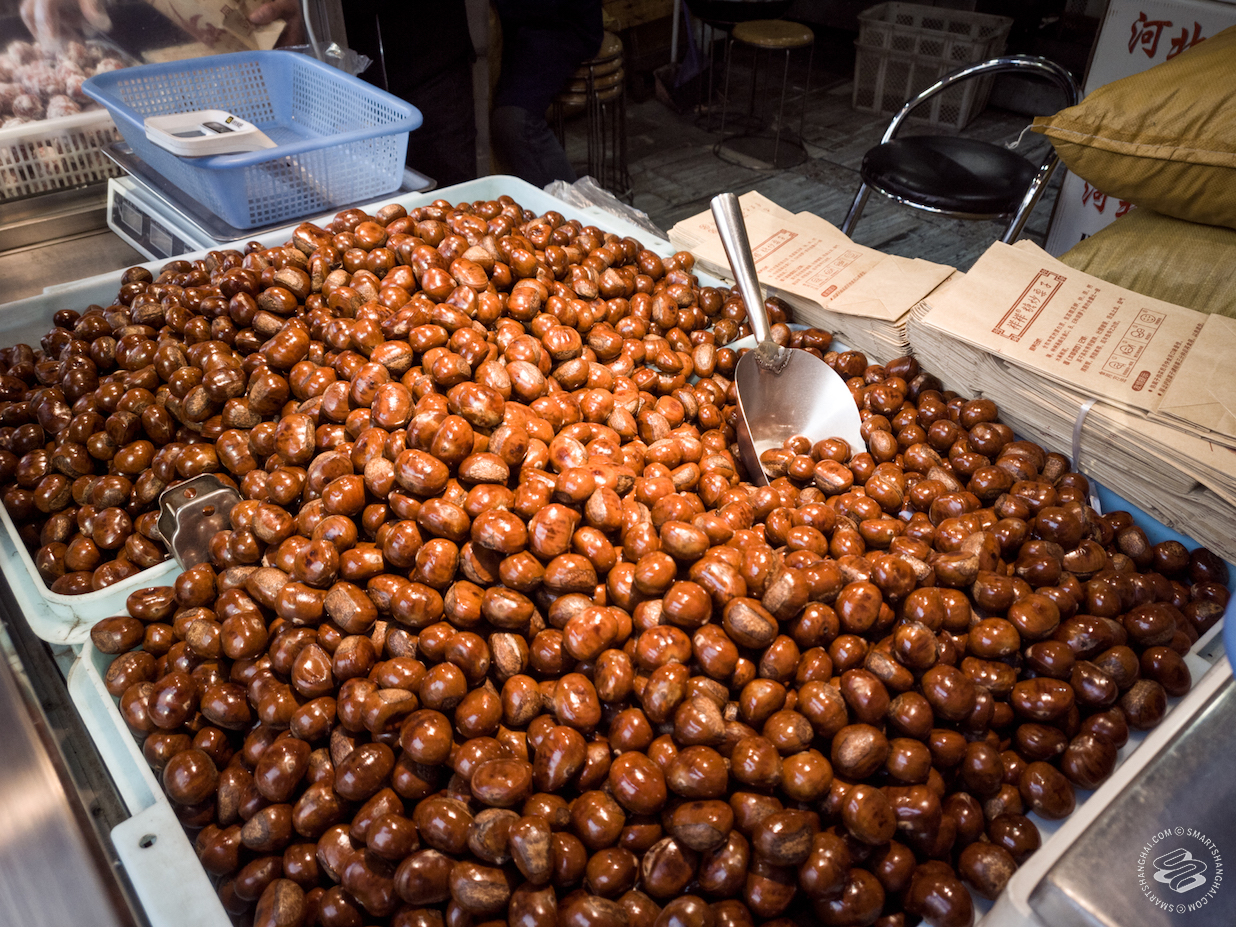 At Xiang Xiang, they roast their chestnuts in the big oven in the back. Some vendors use stones to evenly distribute the heat, and then use syrup to give them that nice sheen. Some vendors will split the shell first to cook them faster, but it dries them out and makes them crumbly and disappointing. If you see pre-cut chestnuts, bail. These are not good chestnuts. 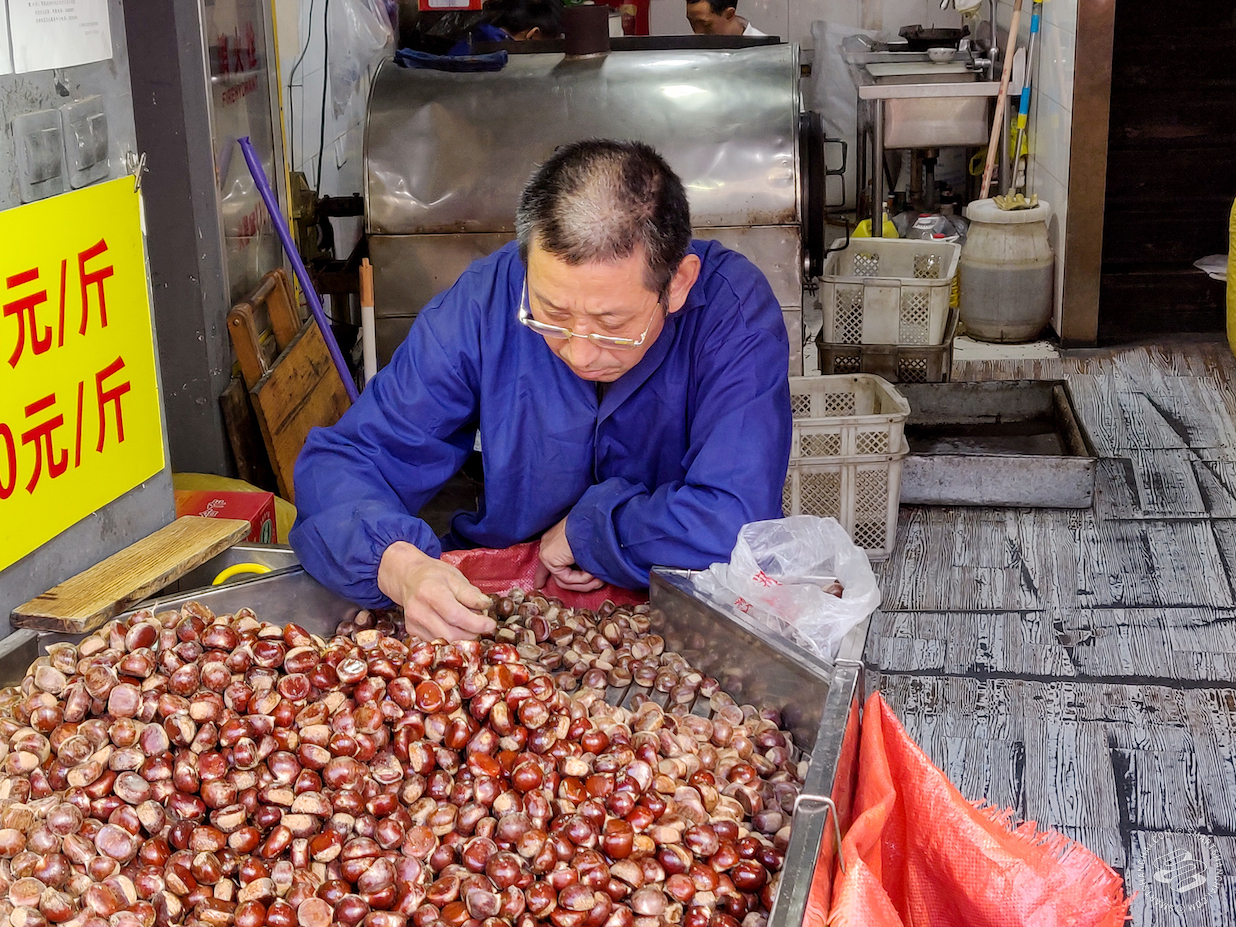 Here, the shells are intact. This poor man has to hand-sort every one of them.

I bought like 50rmb worth of chestnuts. That's a lot of nuts. Frankly, a quarter of that would've been plenty of nuts. But I need a representative sample nut size if we were going to figure out the good-meh-boo ratio, visually represented as the :D :) :( ratio. 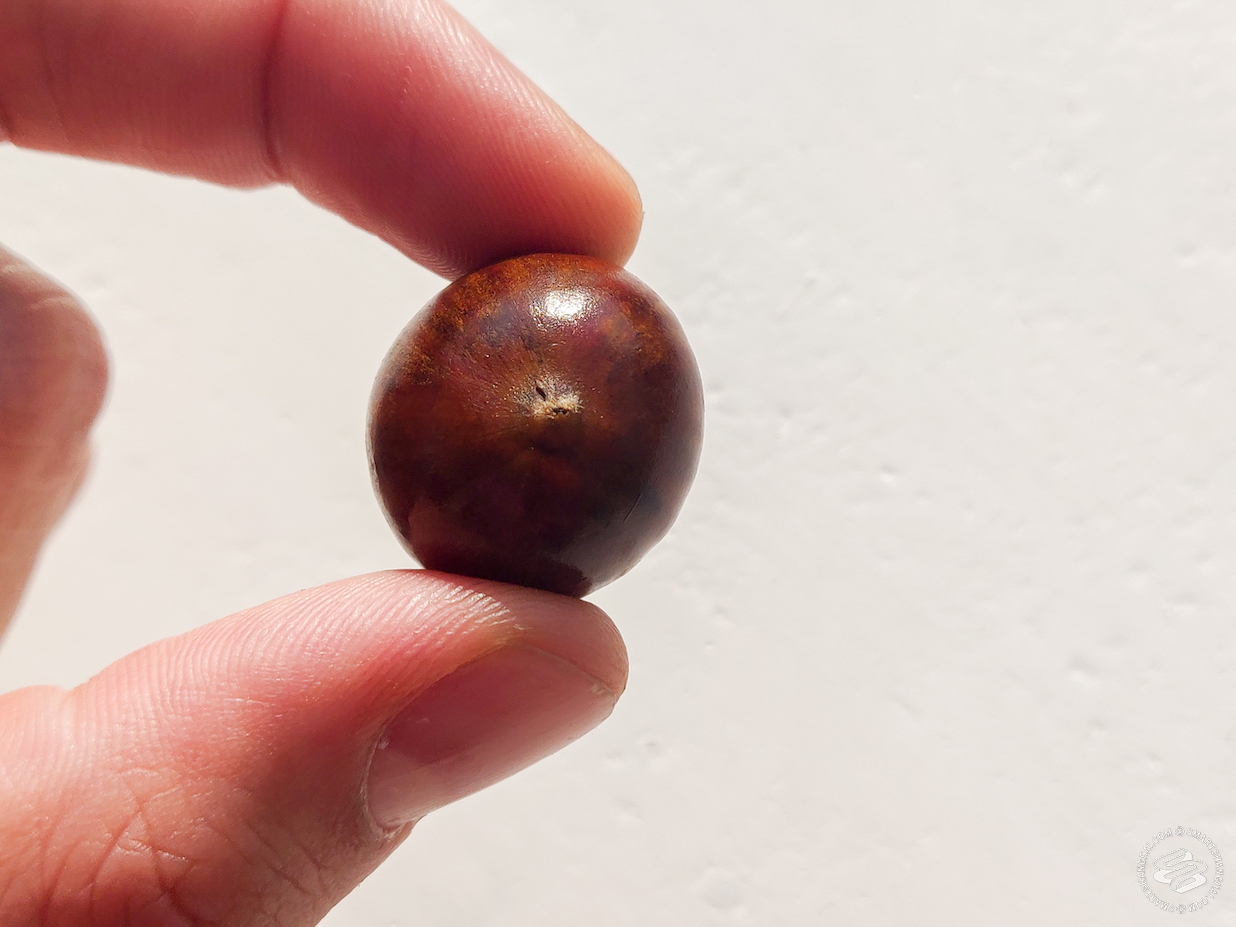 Chestnuts tend to come out as either round, half-round, and flat. The rounder the nut is, the closer the soft inside bit was to the shell, the more sunlight it received, the sweeter it is. A round chestnut is a sweet chestnut is a good chestnut. 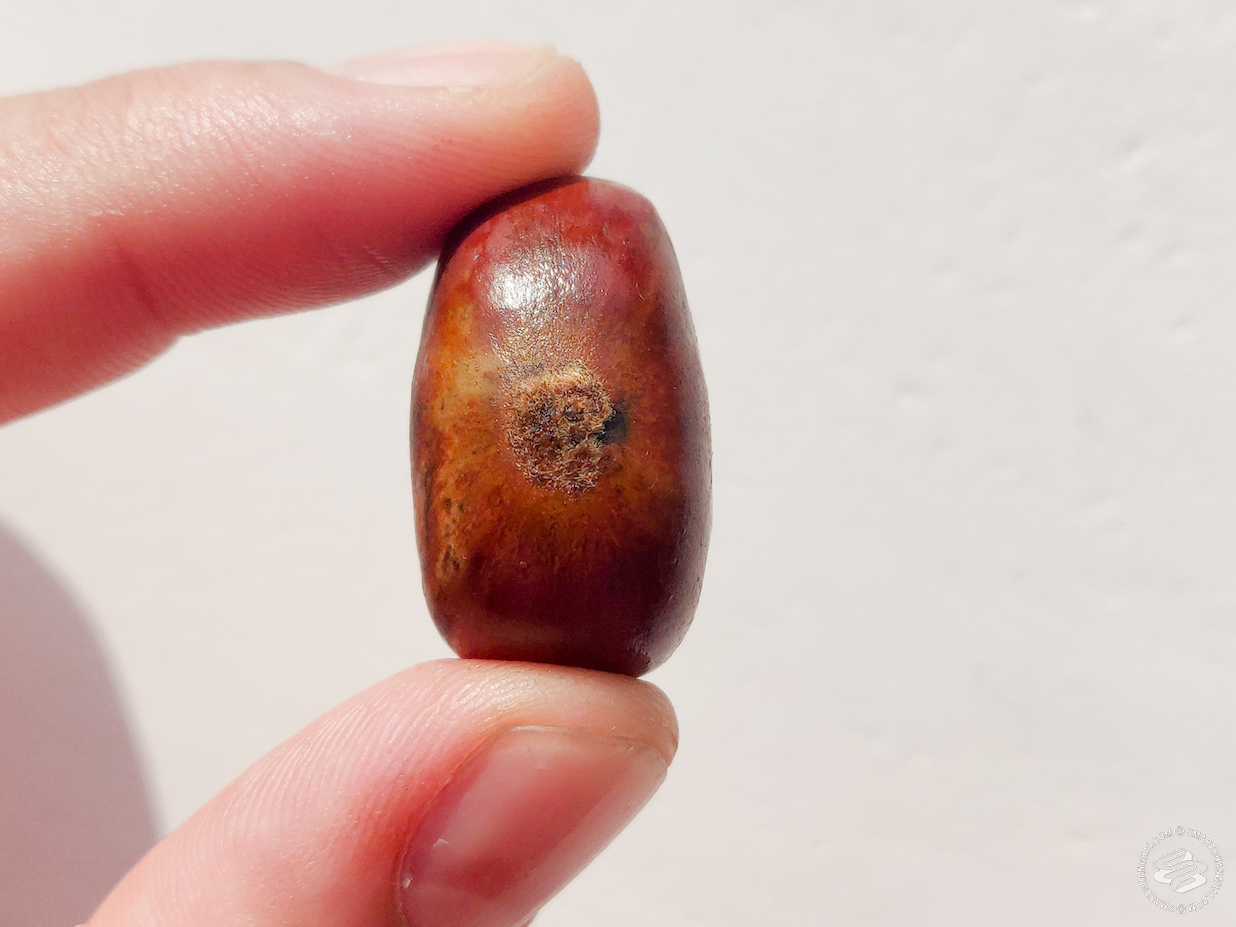 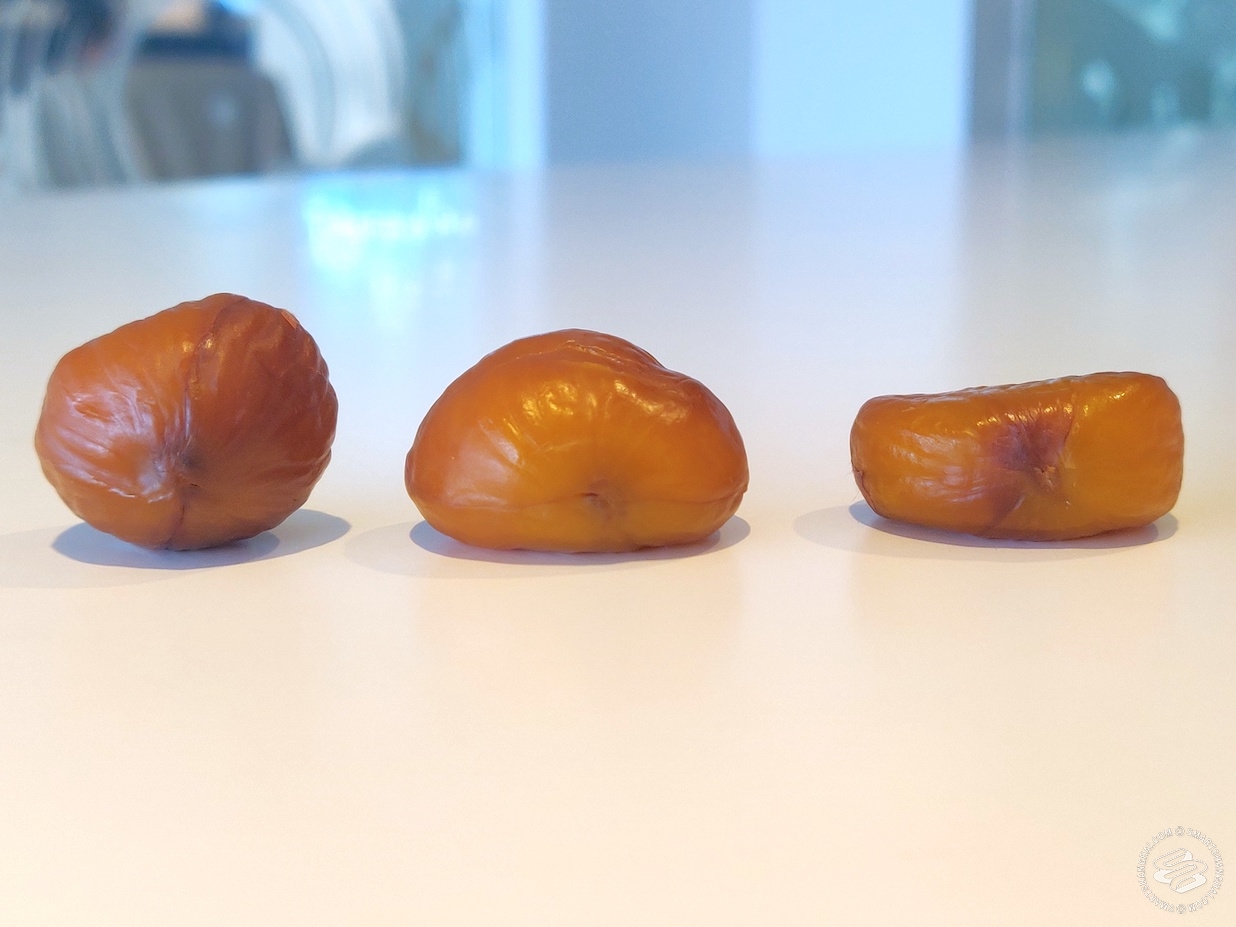 You can crack them with your fingers by sort of pinching the shell, and it should split right open.

I find the hand-cracking method has a high likelihood of splitting the soft fleshy bit inside, resulting in an unmanageable, crumbly mess. Nothing worse than a crumbly nut. I prefer to gently gnaw the shell along the north-south axis with my incisors, then delicately remove one half of the dome, like cranial surgery. 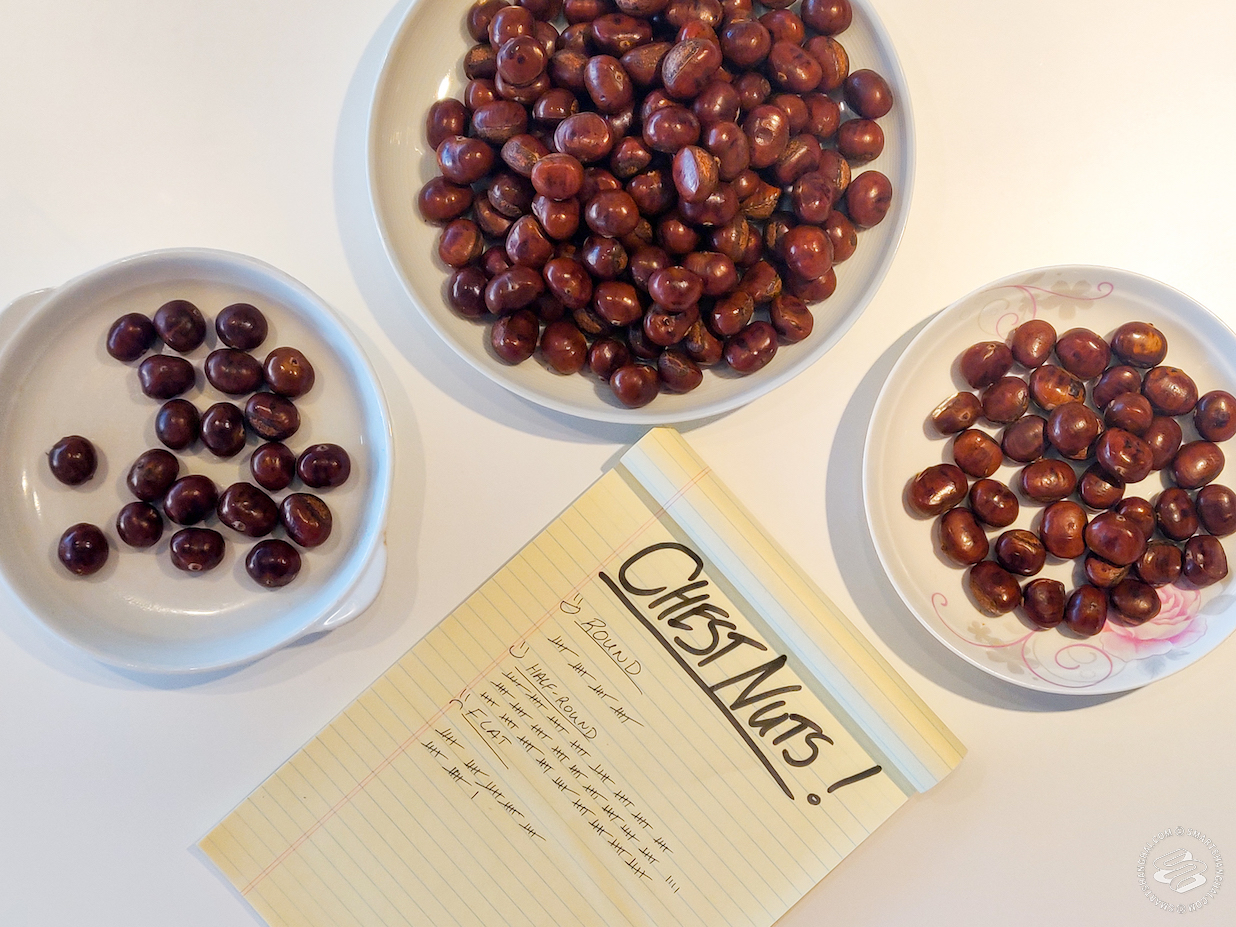 Whichever way you do it, have them while they're just barely too hot to hold. That's when they're best, the best argument that chestnuts deserve to be right up there with cashews, almonds and even salted pistachios.