[Made in China]: Z-Rou's Frank Yao

We talked to the founder of the plant-based alternative about delicious and/or ethical consumption.
By Songbei Zhang
2021-01-08 12:00:00
Photos: Brandon McGhee
Frank Yao has a long view towards convincing us to consume more ethically. In 2019, the Toronto and Hong Kong-raised graduate of Yale and ex-management consultant founded a plant-based protein brand, Z-Rou, with an eye to becoming the next Nestlé or Unilever — a Chinese company whose products could serve the whole world. I spoke with Frank about why he created Z-Rou, and how he hopes to achieve that goal.

SmartShanghai: Why start the company in Shanghai?

Frank Yao: Shanghai has the highest concentration of branding and marketing talent in the world. Everybody has their China headquarters in Shanghai. There's so much talent and infrastructure here, but we don't use it to build Chinese brands. That’s why I wanted to create a product in Shanghai that is an improvement on the existing ones: more ethical, higher quality, modern, that we can proudly serve the whole world. 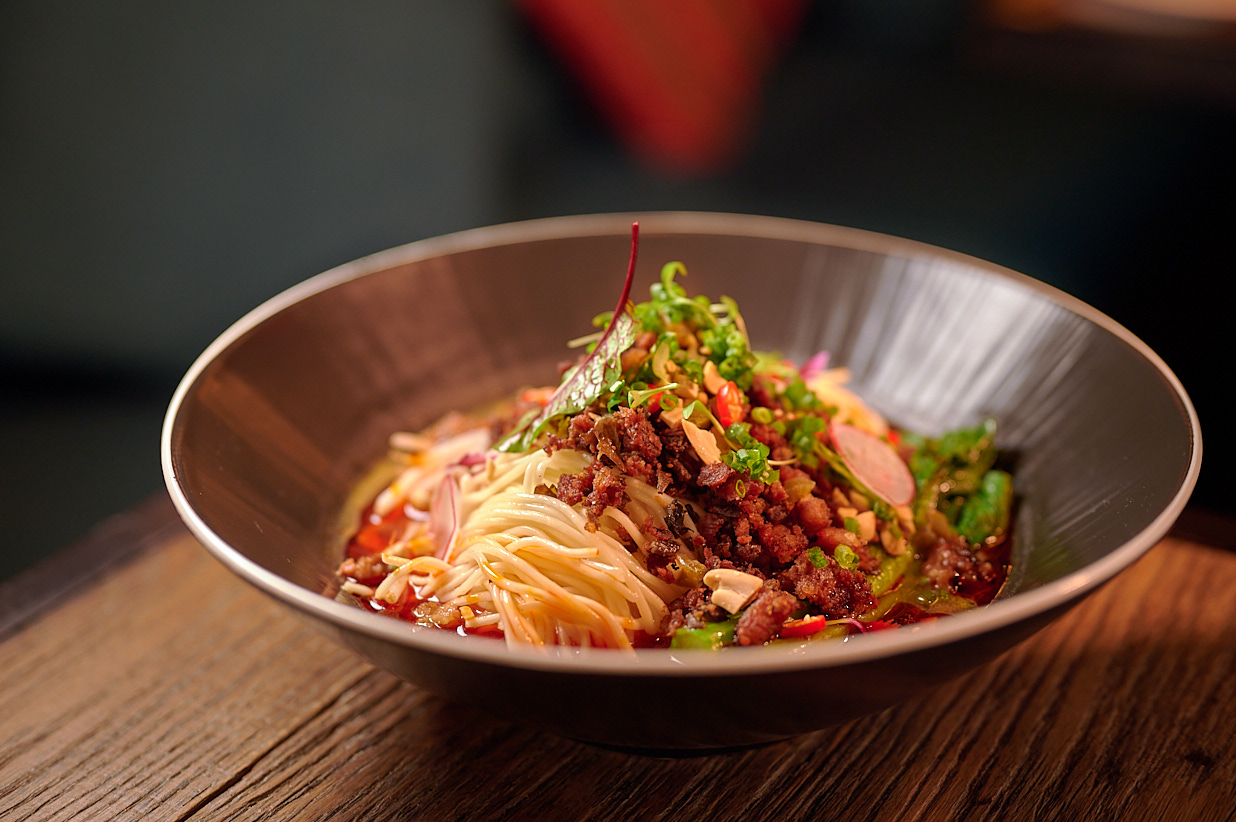 Frank: About 1.5 years ago, I was playing at the World Series of Poker in Las Vegas, fulfilling a personal dream. I got busted out on the second day, and I was consoling myself with an Impossible Burger in my hotel room when I just thought "somebody has to do what Impossible is doing, but for China." Not for hamburgers, but for Lion Head meatballs, soup dumplings and dan dan noodles — all the Chinese dishes that traditionally use ground meat.

For me, a better and more ethically sound version of an existing product means a plant-based product. That comes from my personal experience with Buddhism. I'm not labeling myself a Buddhist, and I'm also not fully vegetarian, but the Buddha answered my own question about why we mindlessly pursue or ignore certain things.

Take industrial meat production, for example; it's a very cruel thing to take young animals away from their mothers. We choose to ignore it because we want to eat meat.

Only after acknowledging that we make a lot of decisions in this way, then can we understand and be more conscious of our consumption choices — including what we eat.

SmSh: So you have this vision. But how exactly is Z-Rou helping people to be more conscious about their consumption?

Frank: Reducing the amount of meat we eat is itself a compassionate act, but we want to be realistic. I always say we're trying to do "more good", and it means being practical about the ways that we exercise "good."

But Z-Rou really has to appeal to the instinctual brain first — I have to be able to show you a picture of a beautiful, delicious dish of mapo doufu made with Z-Rou instead of ground meat. Once we can show people that delicious food can be made of Z-Rou, then we can start the conversation with the higher-functioning brain. This is also part of our company philosophy: we're very practical. 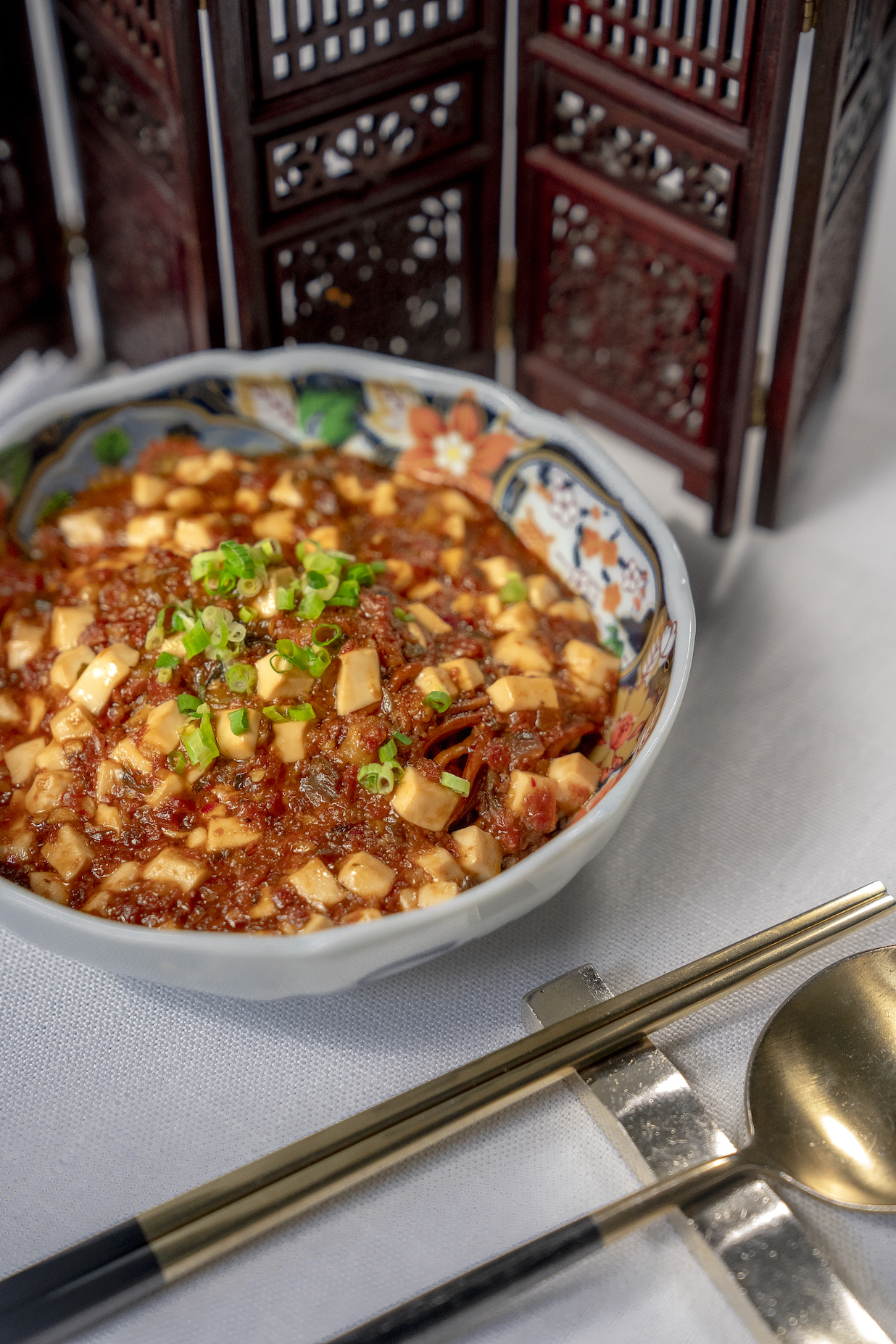 SmSh: So what practical things are you doing to introduce Z-Rou to consumers in China?

Frank: Z-Rou is created for China. The emphasis of Beyond and Impossible in the Western markets is really about sustainability — giving things up for the environment. For the Chinese market, Z-Rou first has to be yummier, healthier, and then we can talk about the other "goods."

So the first thing we did was convince chefs that Z-Rou is something they can use to create delicious food. We were one of the first plant-based brands served at restaurants in Shanghai. I think what chefs appreciate is that Z-Rou has its own taste, texture and personality — it's a product of its own. 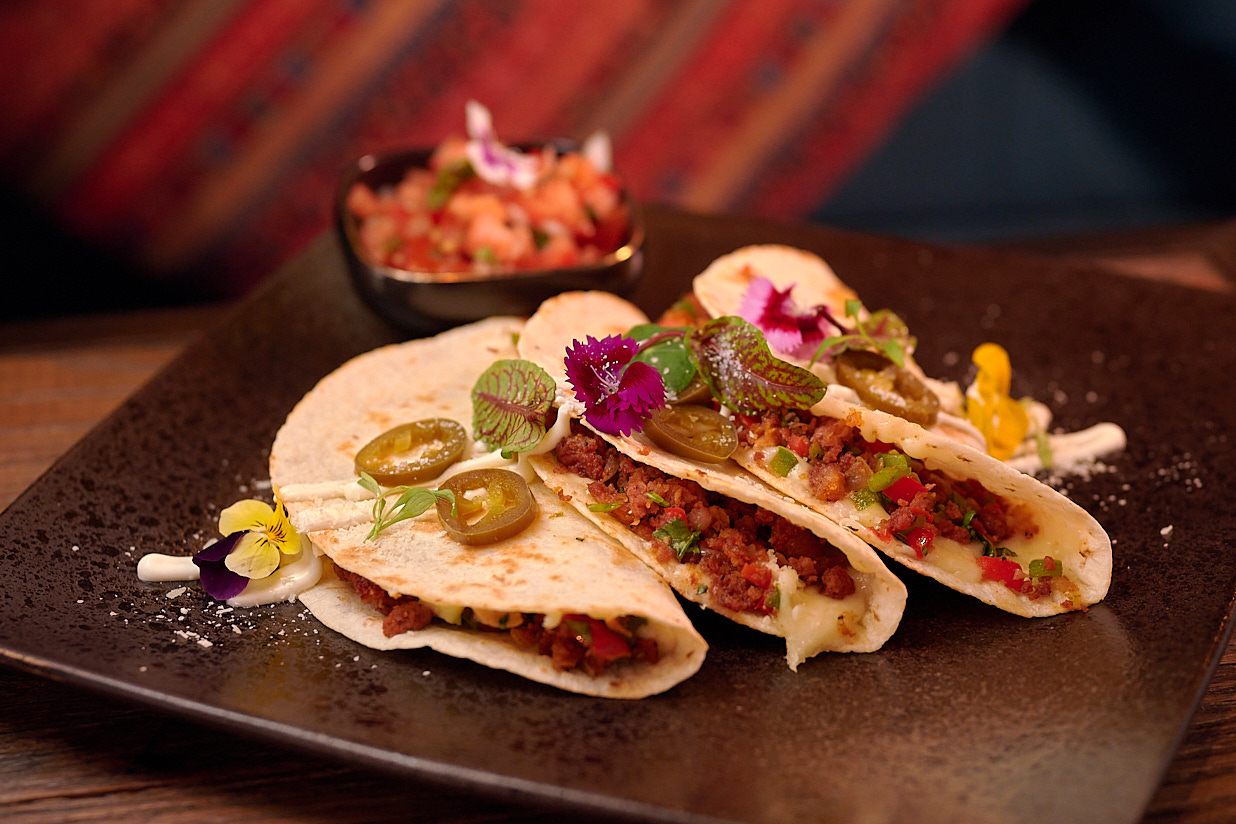 Getting into the first and second restaurant took a lot more work than getting into the thirtieth and the fiftieth. When Z-Rou first started out, the concept of "plant-based" was really new. Most of the plant-based trends we're seeing now is only post-COVID, starting about six months ago.

SmSh: Some people are skeptical of plant-based meat. Some doubt the flavor can ever match real meat, and some think "lab-made" substitutes seem kind of unnatural. Maybe even a little unhealthy. What's your view on this?

Frank: Plant-based doesn't mean perfect. Our food scientists are trying to make Z-Rou simpler, not more complicated. It's different from the idea of creating a "futuristic food." No matter how futuristic the product, it'll still never be ground pork — not without making it Franksteinian and artificial — but this isn't the battle Z-Rou wants to fight. We're focused on making it tastier. 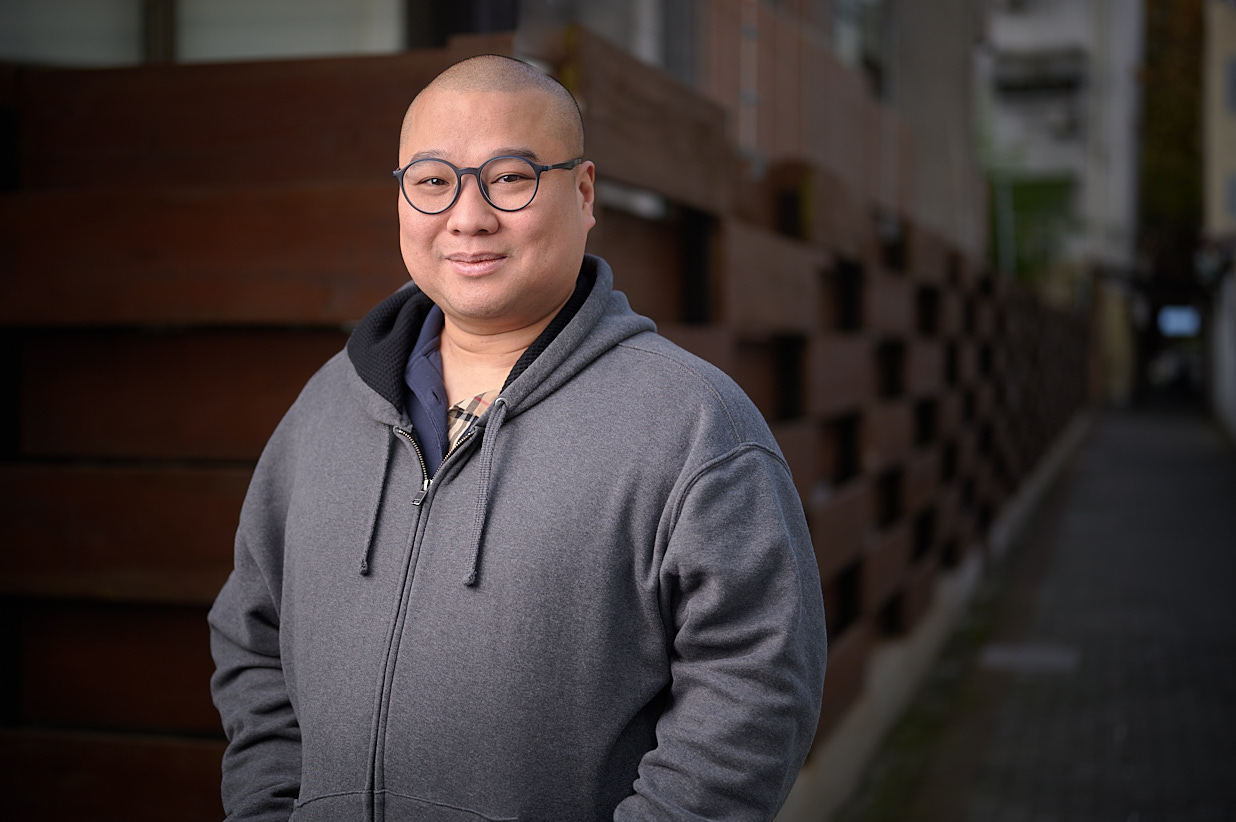 As we develop Z-Rou, we try to keep the product as natural as possible. In most plant-based meats, there's an ingredient called methylcellulose. When we tested an older iteration of Z-Rou that had methylcellulose in it, it reacted similarly to meat, but we made a decision to not use it. It's not a natural ingredient.

All our base ingredients are natural and sourced in China. The soybeans we use are a specific non-GMO crop unique to Dongbei that doesn't have the "beany flavor". Konjak gives the fatty mouthfeel but has no calories and adds fiber. There's shiitake mushrooms, yeast and salt for natural umami. There are no flavor additives outside of those.

Frank: To the extent the brands impact each other, it's going to be in a positively correlative way. We can all learn from each other, but I don't think our success depends on what other brands do. We're focusing on our market; for now, I just want to make our customers happy. 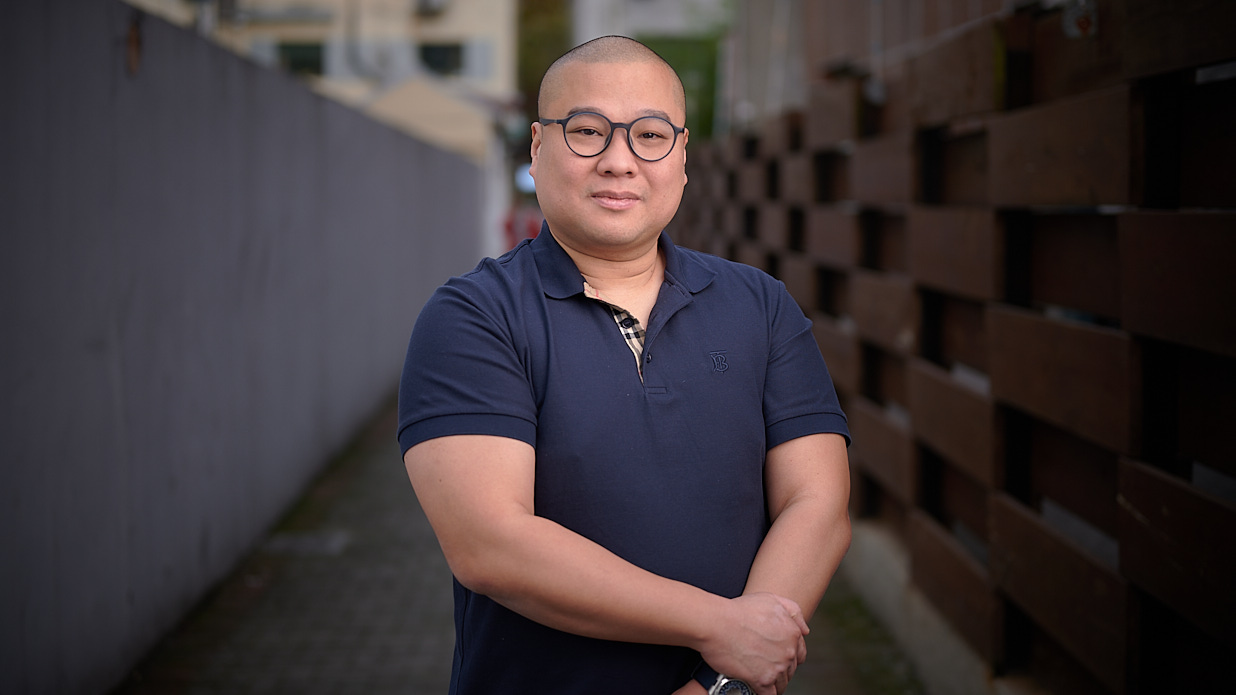 Frank: Our end-goal is to have Z-Rou in every kitchen, something you keep in the kitchen like rice, cooking oil or soy sauce.

I think the best customers for Z-Rou are students, who are really open in terms of experiencing new things, and share these experiences with other people constantly. Among all the plant-based protein brands, we're the only one working with school cafeterias at most international private schools in Shanghai. We're about to make a big push into universities. In Beijing, we're working with five schools, and we're looking at Shenzhen, Guangzhou, Zhejiang and Jiangsu.

Our school program isn't just about having a bag of Z-Rou at the school's kitchen. We have eight people working full-time on the school programs. It involves kitchen staff training, working with catering services, community building with teachers, parents and educating students — it's a lot of work.

We're not so focused on the "mainstream" market right now. We know that we're only going to reach 1-3% of the total population — people who are looking to eat less meat.

The majority of the world's population still want to eat meat. It's hard to push directly against it.