[On the Radar]: Atelier Izakaya What is it: The name itself sums it up rather succinctly — it's an izakaya by Atelier. Headed by cocktail specialist Daniel An, these are the same people who brought you Taste Buds Cocktail Palace, Taste Buds on Xiangyang Lu and Atelier by Taste Buds. Atelier Izakaya is in the space formerly occupied by Arch, a homemade pasta and craft cocktail concept that An had started in partnership with another barman named Vincenzo Pagliara. Last year, Pagliaro returned to Italy to start another project. With him out of the picture, An and his team decided a conceptual overhaul was in order. So they partitioned the bar off with a brick wall, gave the rest of the space a lick of black paint, and installed a yakitori grill. 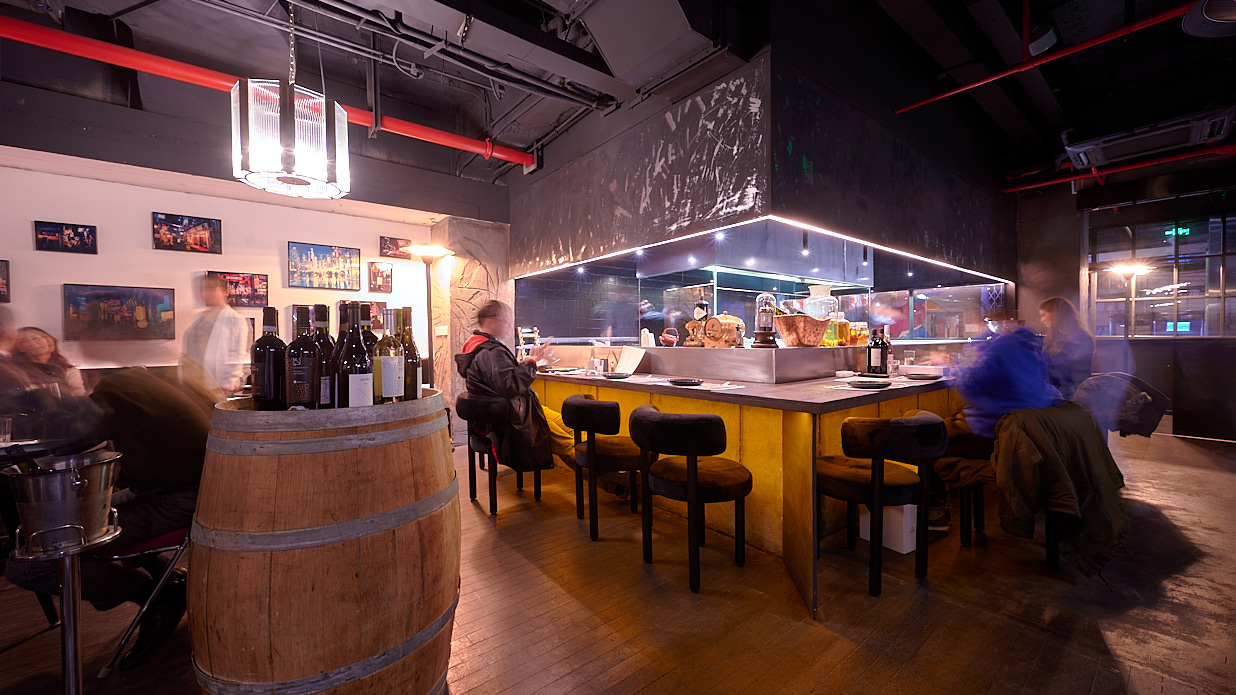 Area: The corner of Shaanxi Bei Lu and Wuding Lu, a target-rich environment when it comes to dining and drinking options. Atelier is in the same building as Up Shanghai, Pie Society and that UV knock-off, Liangshe. 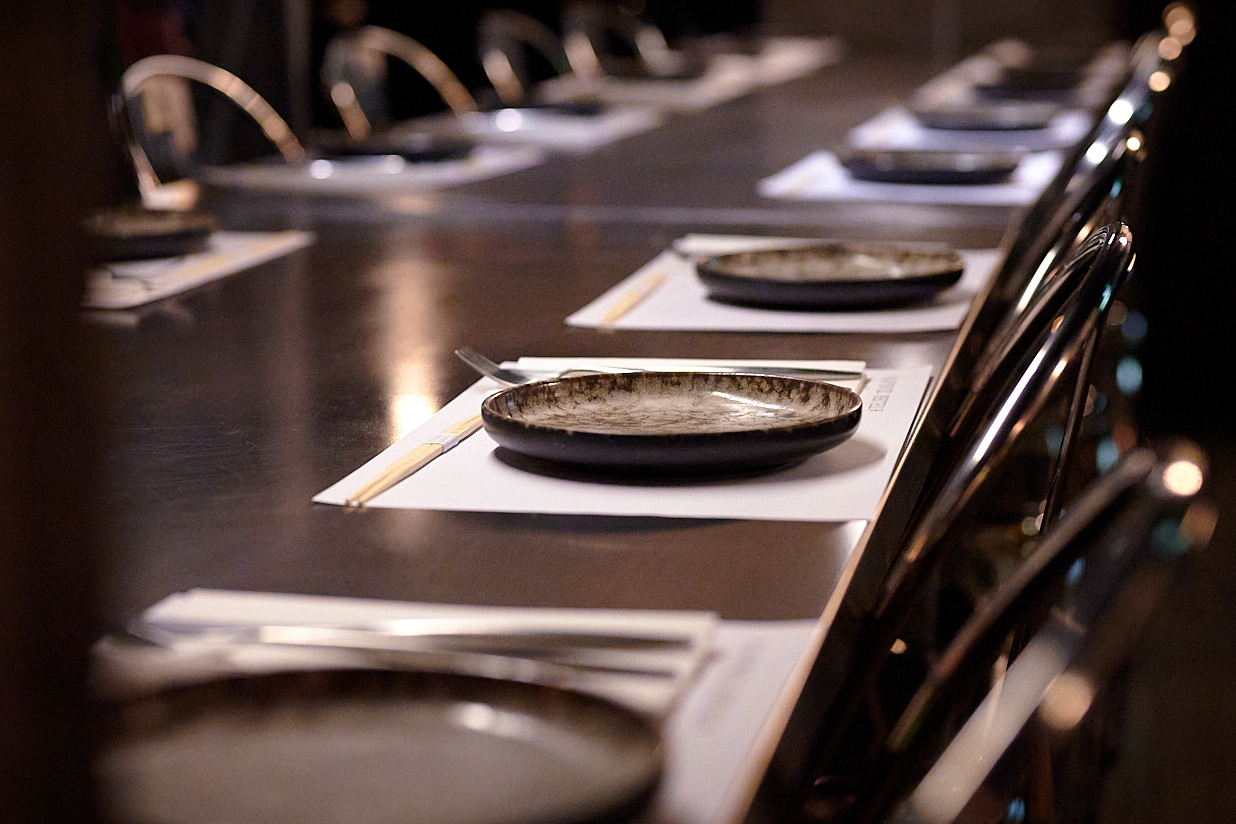 Walk to the northern end of the block and you're across the street from Shankang Li. Follow Shaanxi Bei Lu south and you'll eventually end up at The Rooster. Follow Wuding Lu east and it will take you to Perch and Cages.

Atmosphere: A soundtrack or early 80s funk and R&B puts a rhythm to every movement in the place. It's hard not to nod your head or tap your foot to the beat. The design itself is simple, stark and minimalistic — lots of black paint with exposed ductwork overhead. Lighting fixtures look like they came off the assembly line of an automotive engine plant. In the warmer months, the atrium in front will feature outdoor seating in full view of the yakitori grill with a bright and colorful mural.

Dishes to Try: From two kitchens come two different styles of cooking. If you seek traditional, tried and true, go for the grilled items, most of which is solidly good. 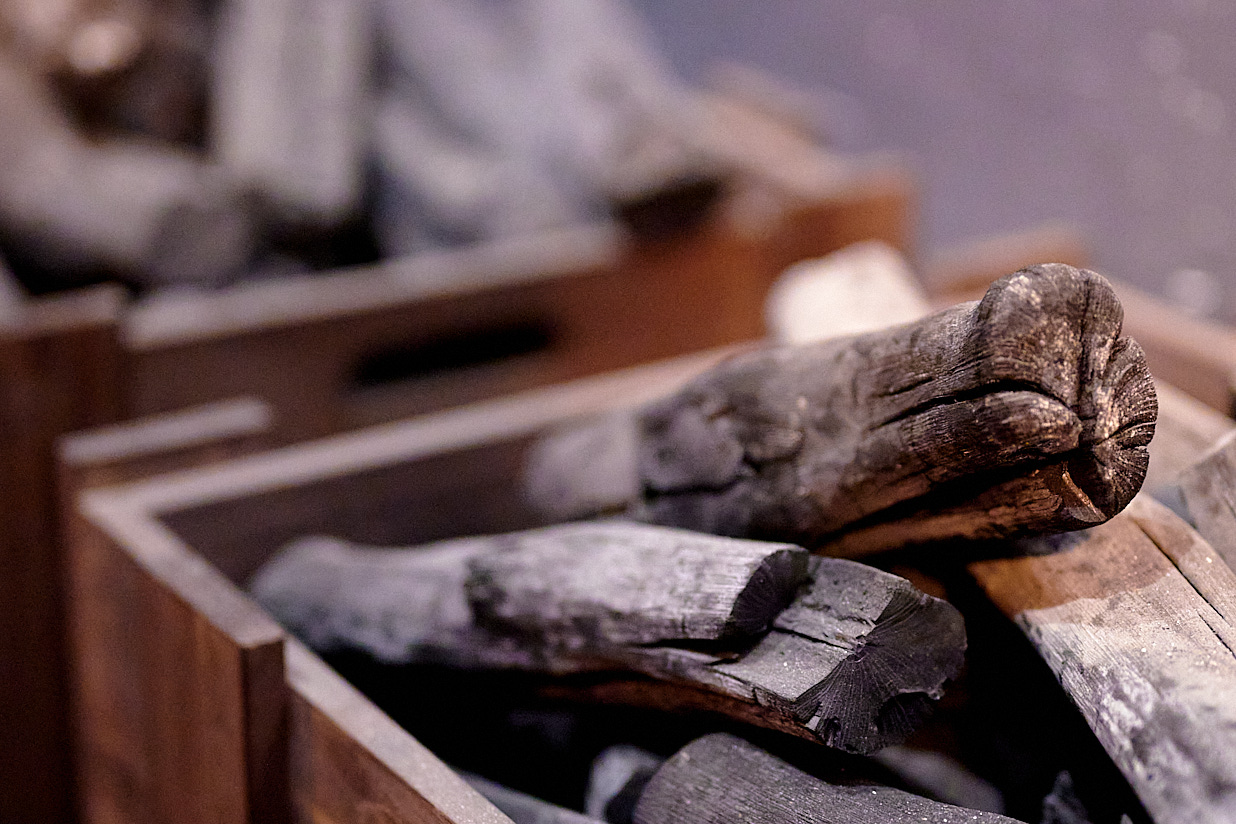 They cook everything over binchotan, a slow-burning Japanese charcoal made from oak branches.

Chicken is a good place to start. Get a few different parts — the skin, the hearts, thighs, wings stuffed with cod roe, and the oyster — that lovely cut of the bird from just behind the thigh. 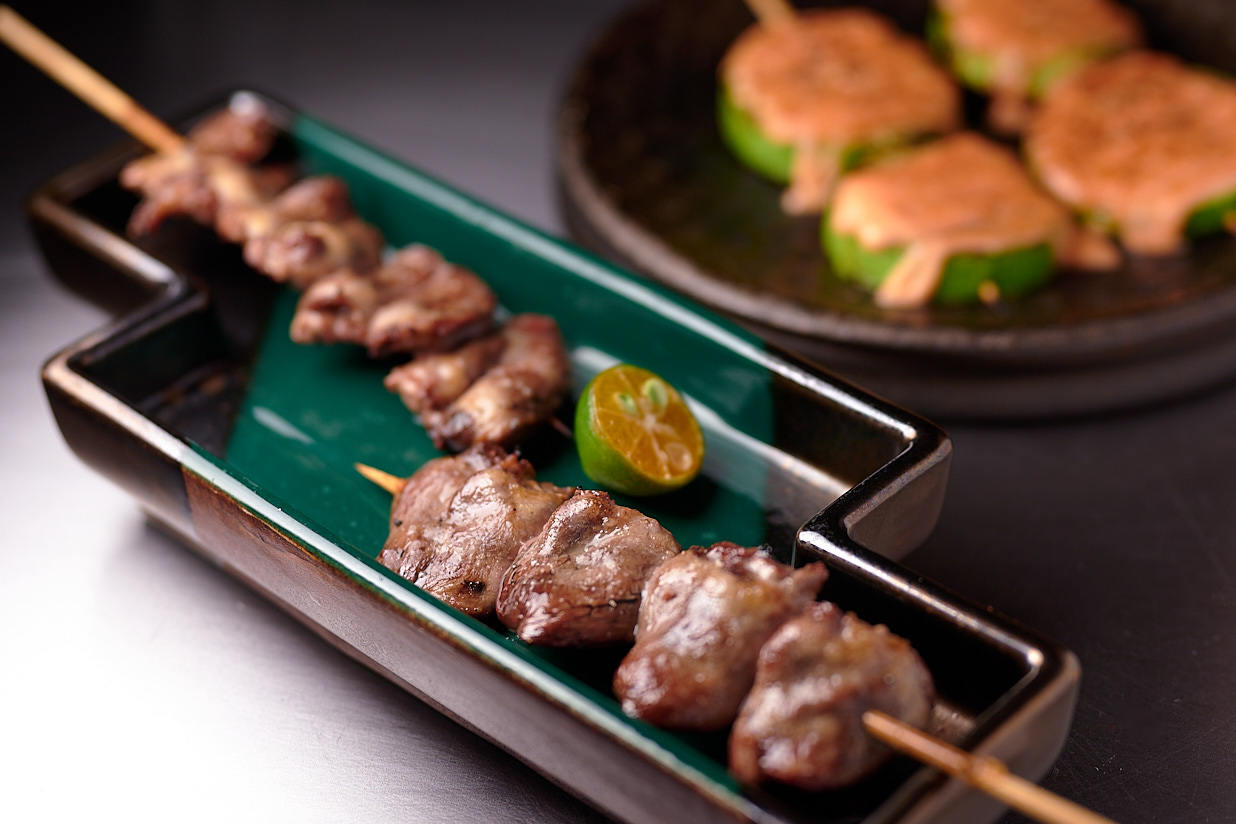 They also roast small whole yellow croakers robatayaki-style, which, while admittedly bony, have an irresistibly sweet, buttery, flaky flesh. The fish is popular in Shanghai for a reason. They take a bit more license with the dishes that come from the back kitchen. 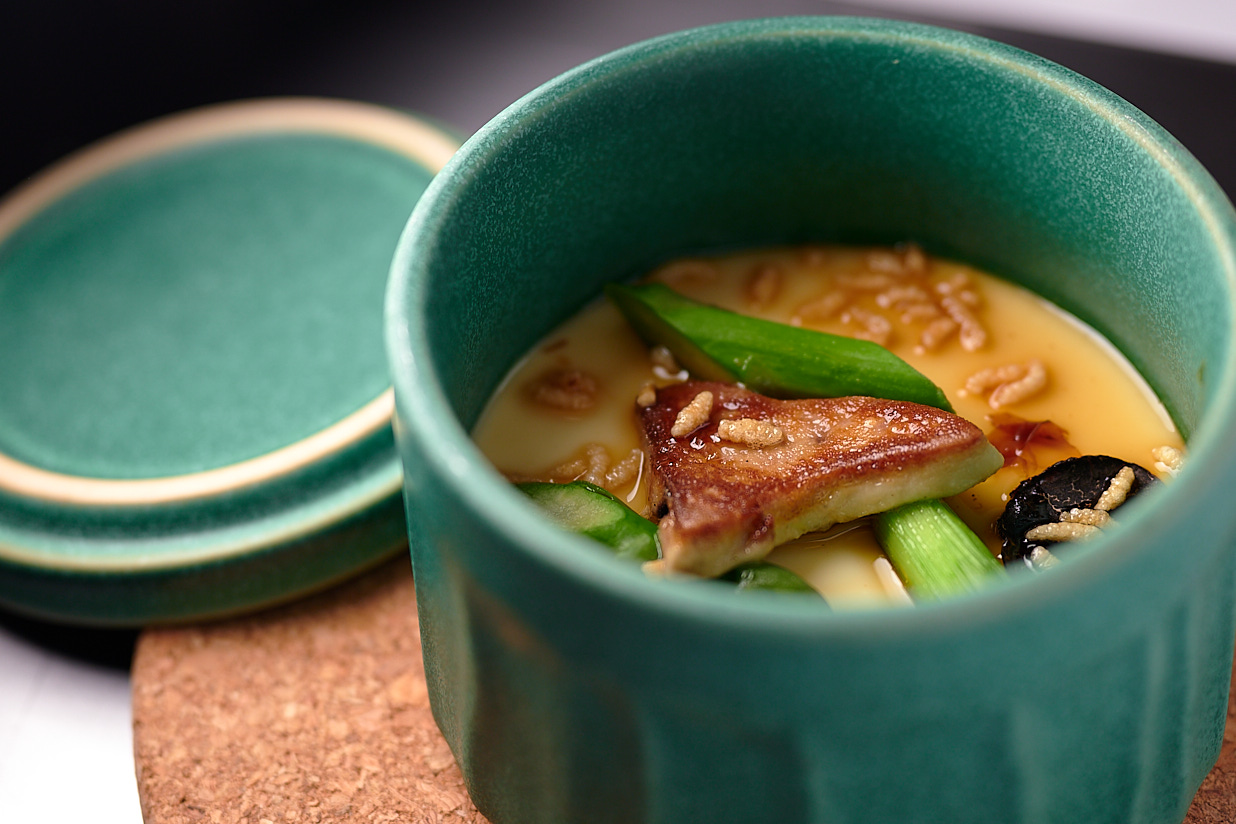 Some are sexed up standards, like a chawanmushi (steamed egg) with seared foie and shaved black truffles or grilled eel over rice with an oozing onsen egg. Both are tasty. 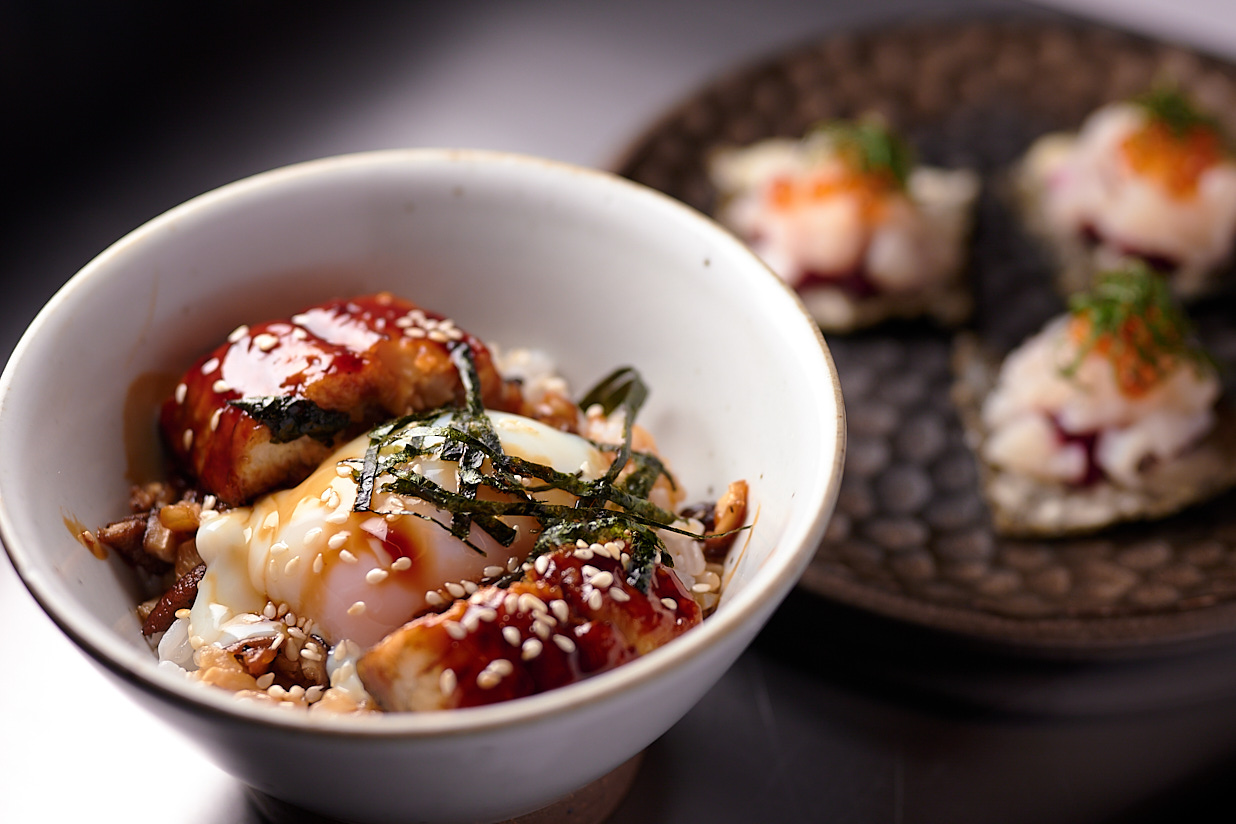 Some dishes skew more Chinese. They fold a deep-fried soft-shell crab with avocado, corn and micro basil into a charcoal-black steamed guabao. Succulent steamed prawns get marinated in huangjiu, baijiu and sake with Sichuan peppercorns and salted plums as well — a take on the classic Chinese dish drunken shrimp. It's good. Other menu items wander a bit off course, like a whole turbot roasted over stalks of lemongrass and a seemingly chimichurri-inspired sauce of chopped mint and ponzu. It’s a fair effort, but it departs so wildly from the restaurant's theme that you wonder if it should even be there.

Damage: Appetizers and small plates go for 28 to 88rmb. Yakitori items range from 8 to 22rmb per skewer. 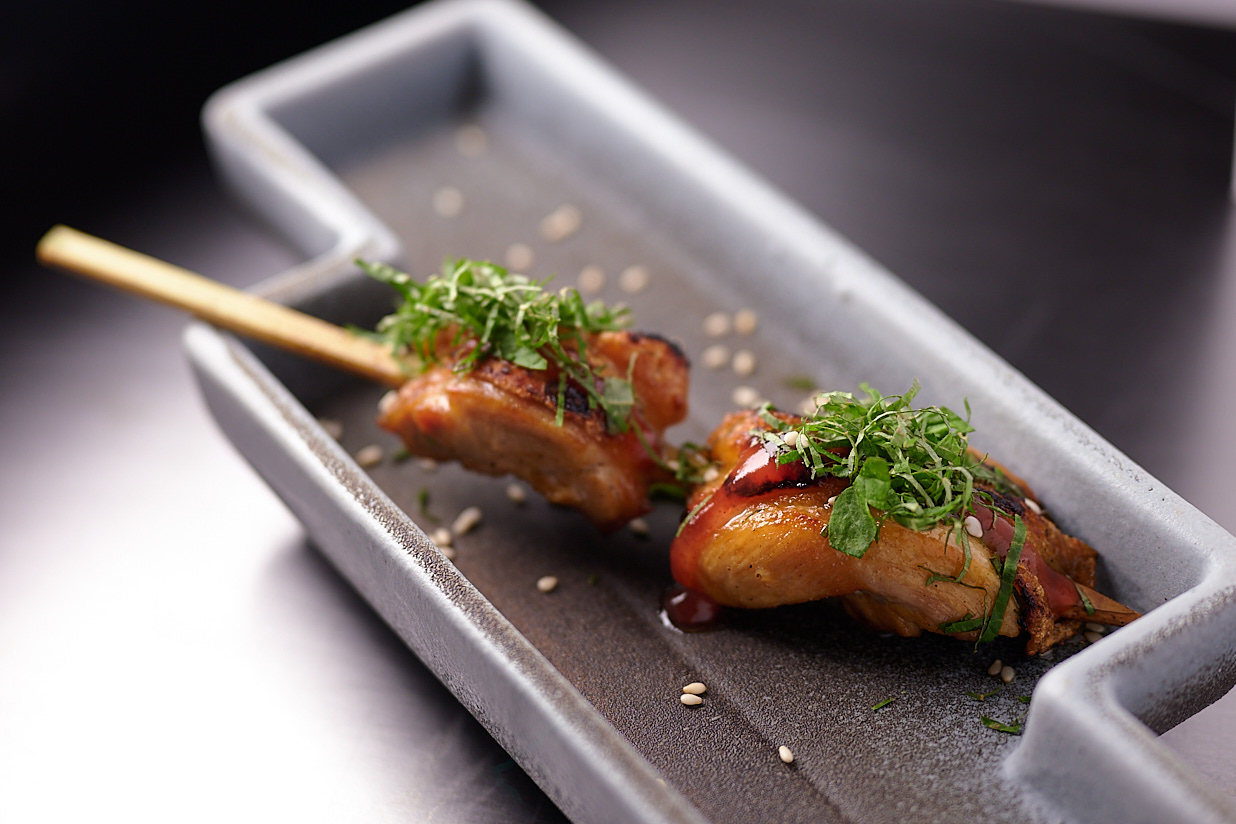 Other grilled times are as high as 88 for eel or 128 for Aussie beef. That whole turbot is only 128rmb. 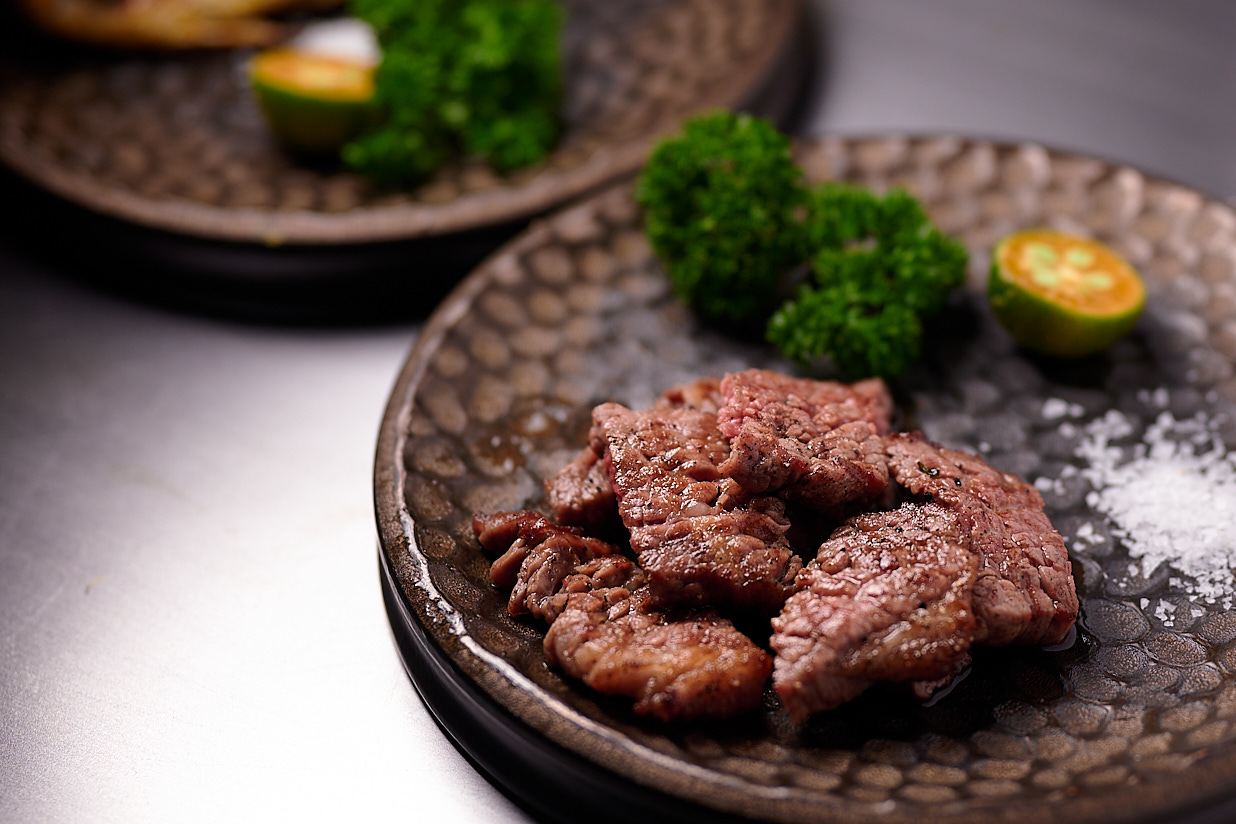 Izakaya requires booze consumption, so be sure to factor that into your budget, too. Highballs cost anywhere between 45 and 85, depending on your whisk(e)y of choice. 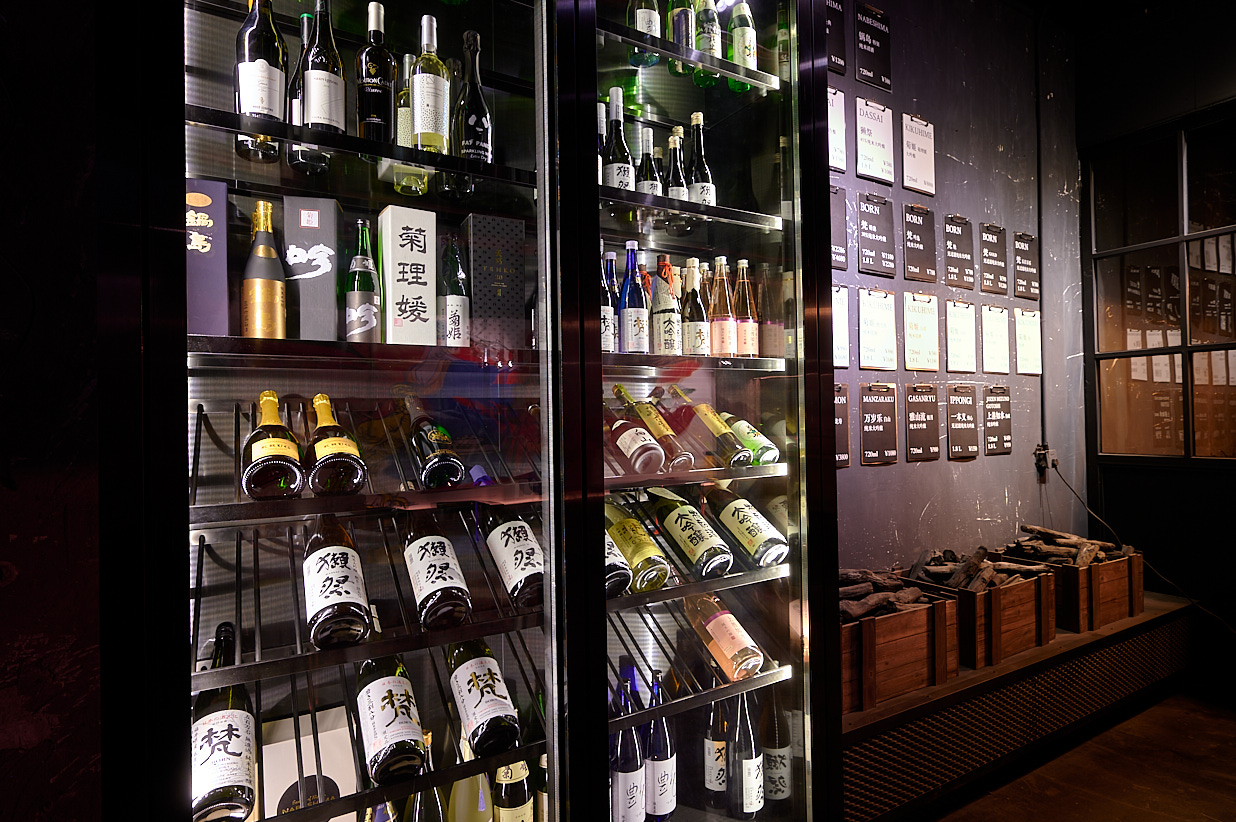 Who's Going: Fashionable — but not flashy — locals and lots of them. We went on Wednesday, and the place was nearly packed.