This Fancy New Restaurant Wants to Modernize Chinese Food. But... 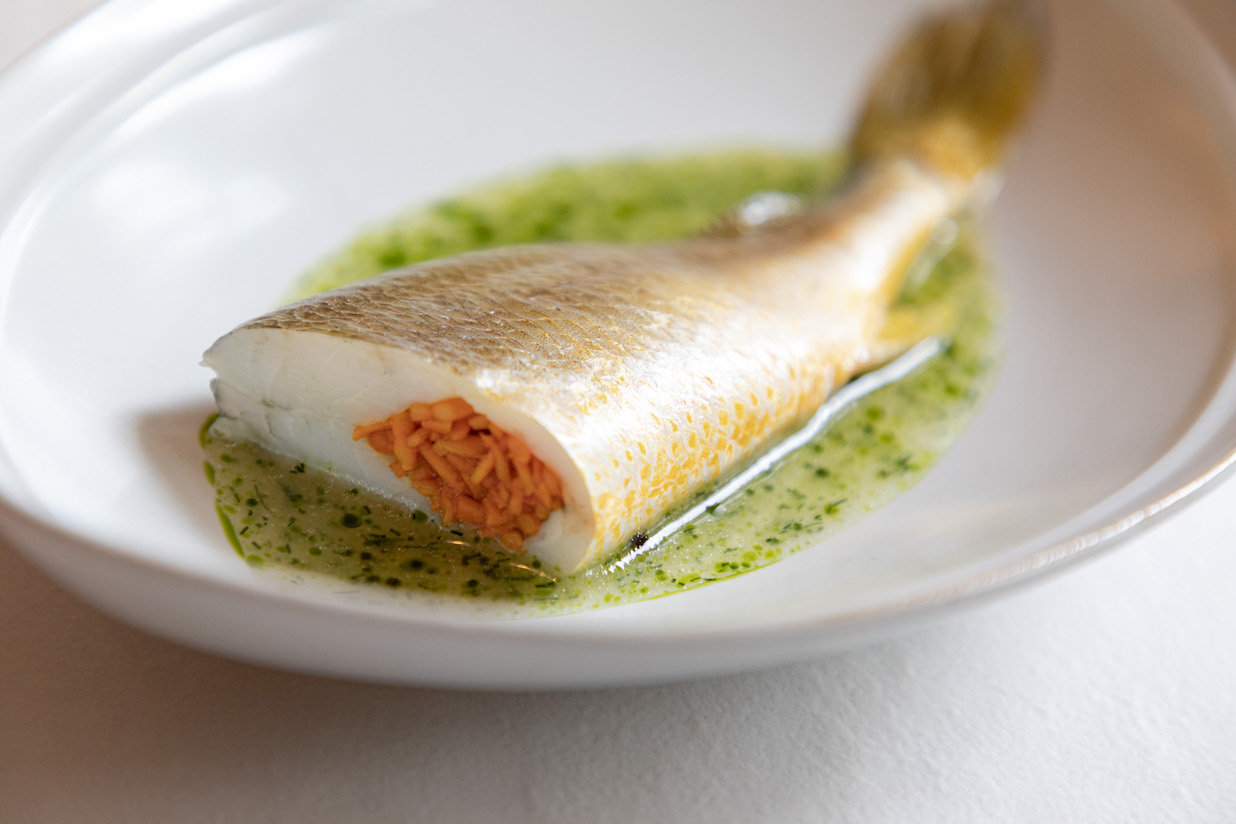 What It Is: Lunar is “modern” Chinese fine dining, which means they serve individual plated courses, they have a wine trolley and a tea pairing, and the whole thing is supposed to be about “reimagining” Chinese food in the…. I don’t even... I get lost just writing this stuff, and I spent nearly three hours at the restaurant for dinner, have talked to the chef and the marketing people, and read the press release. 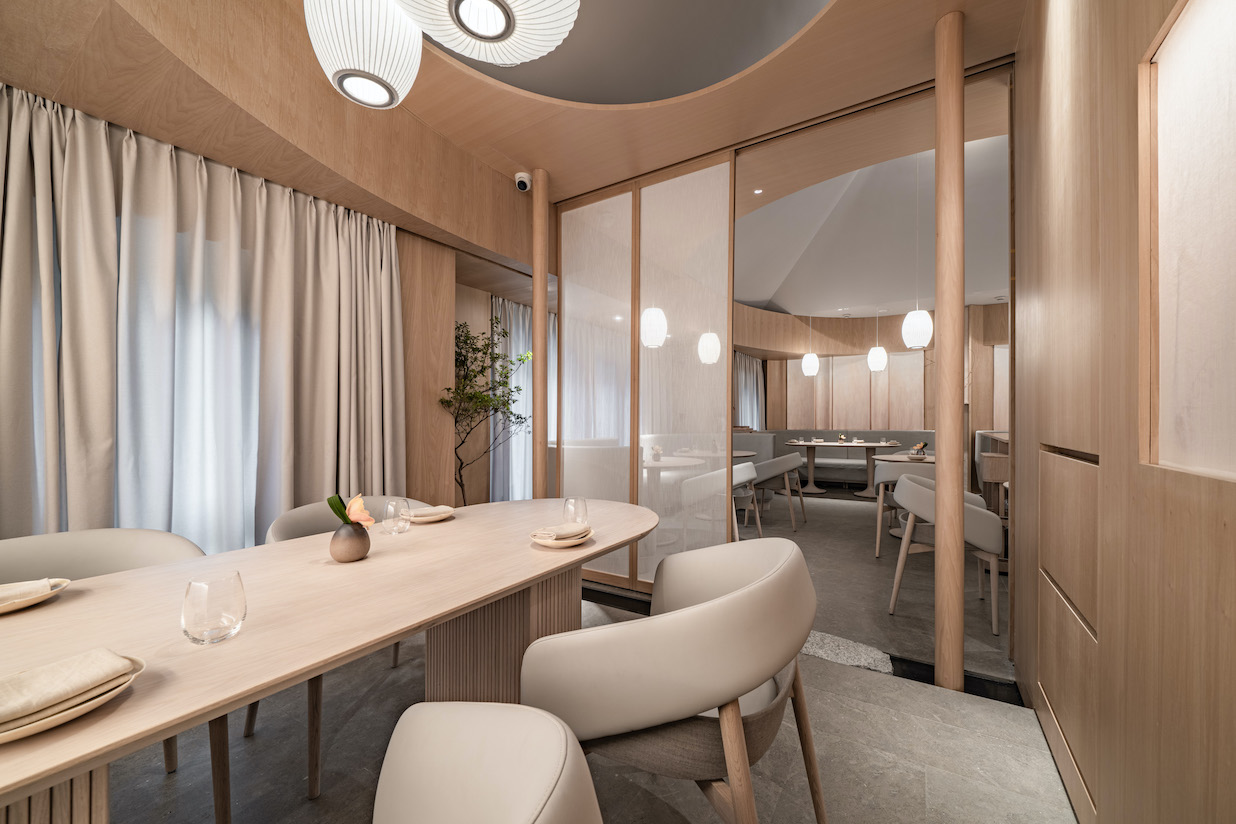 It’s kind of like French fine dining but with Chinese ingredients? There’s tea? They don’t give you bread and butter?

It’s Chinese food but it comes plated, course by course, and doesn’t taste much like Chinese food? 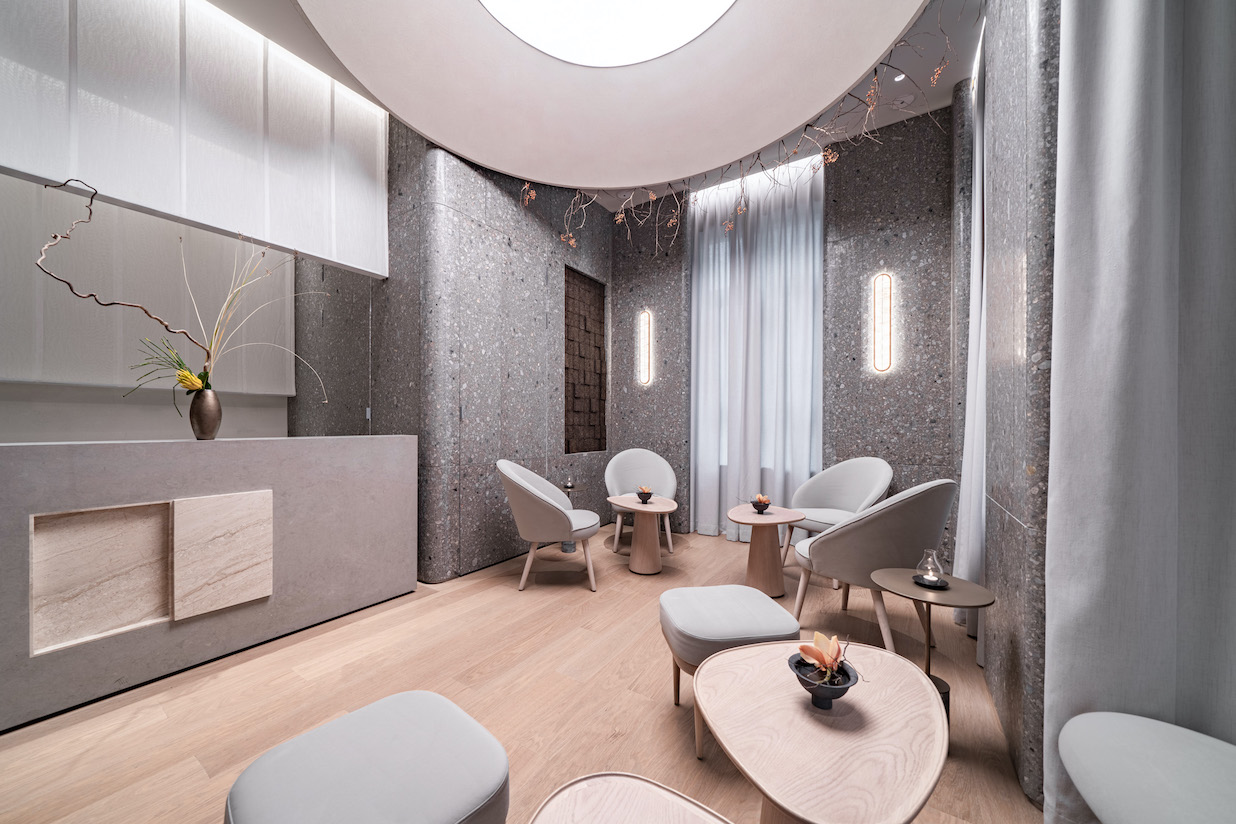 Or it’s just your average post-globalization fine dining. There are a set of dishes or plating styles and cooking techniques that make up a kind of "global fine dining" cuisine. The most recent waves have come from the Spanish in the 1990s and early 2000s and then the Scandinavian countries later on, and they still echo around the world. The downside is they have no "place". They are kind of a fine-dining starter kit.

Lunar takes that kit and tries to add Chinese ideas to it. 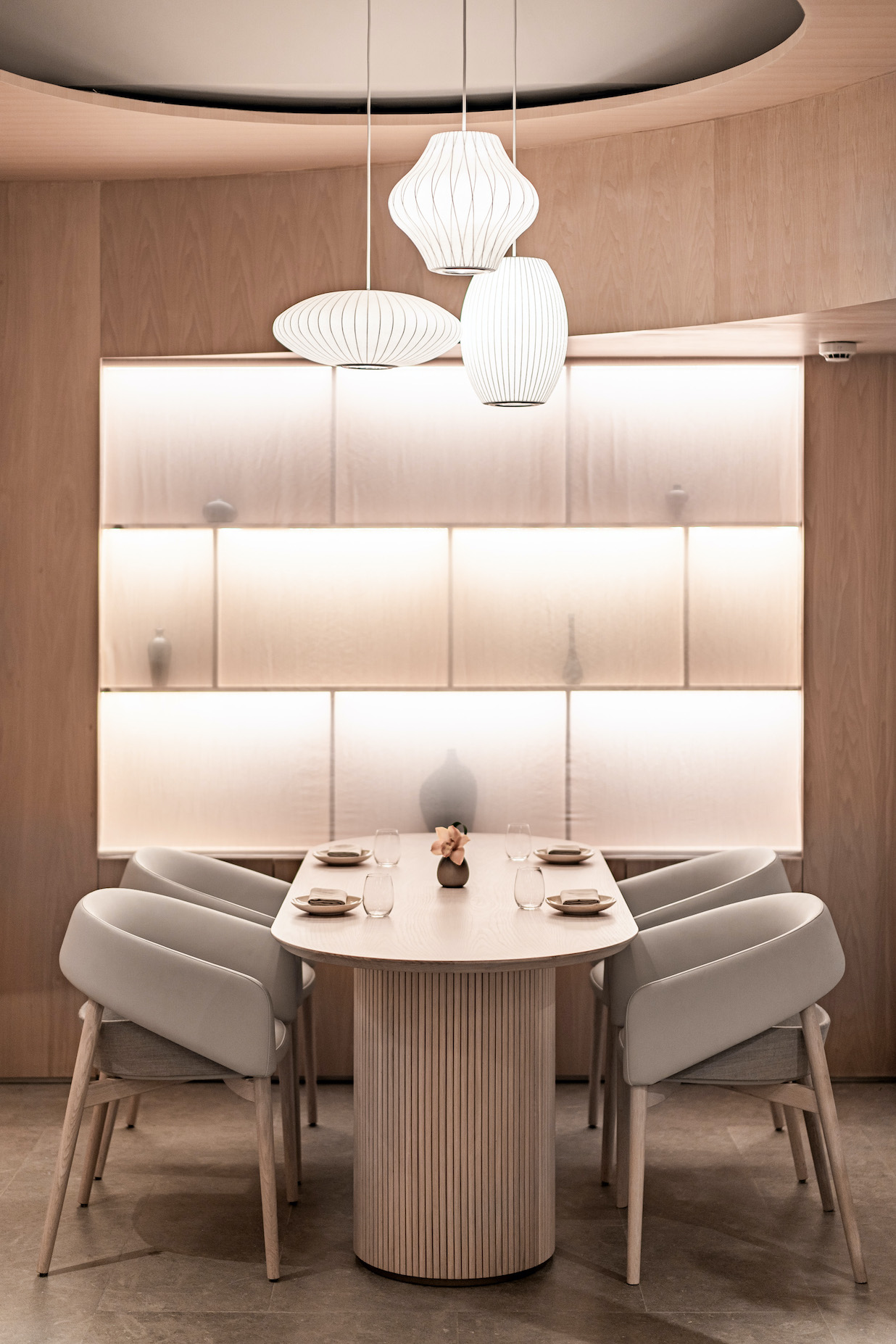 The chef here is Johnston Teo, a Malaysian-Singaporean with a pedigree background in Singaporean fine dining kitchens. He has garnered a lot of regional press for being so young (now 30) and being in charge of kitchens (the short-lived Sorrel at age 24) or R&D kitchens (the three-star Odette). 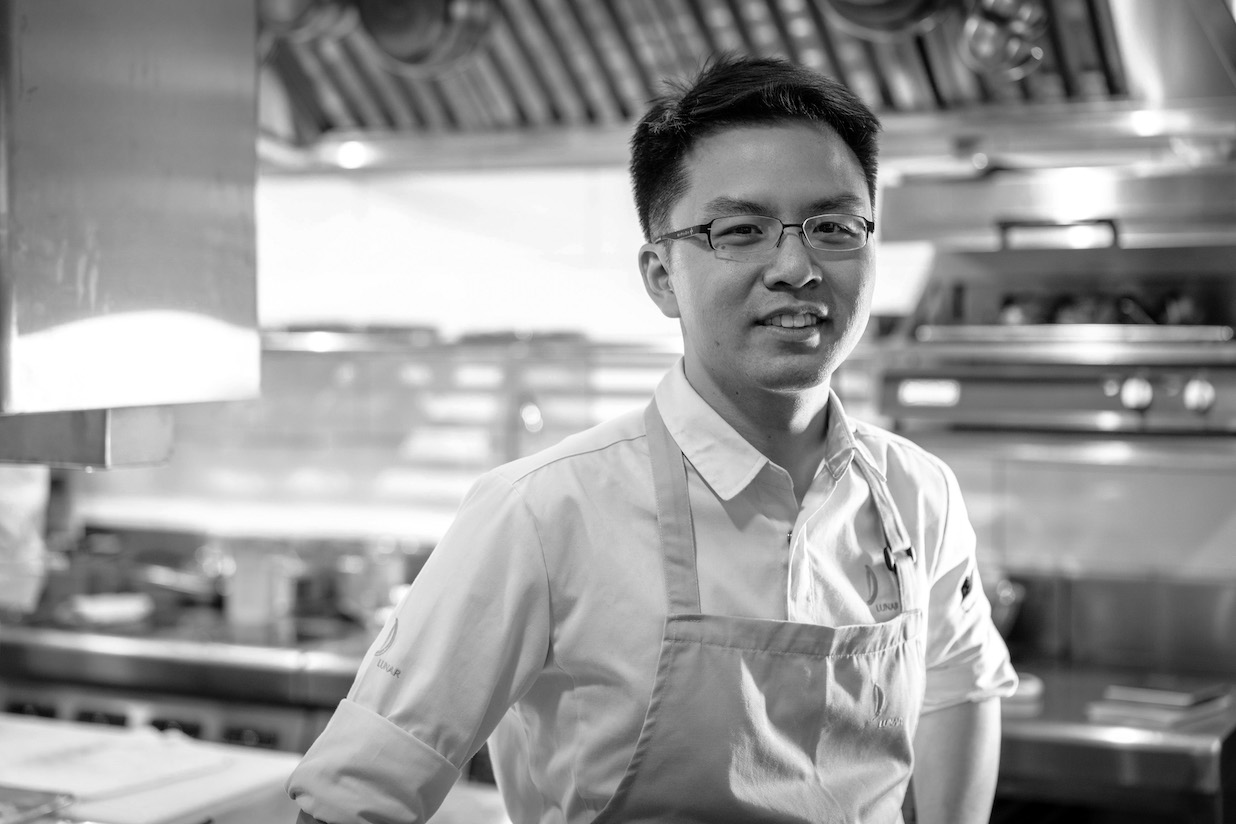 Teo came to China in 2017 and was chef at The Pine for a period. He made fancy Western food, like a cucumber in a bunch of different temperatures and textures.

Now he is working with the Opposite Group, a hospitality group that’s also involved in the KOR ‘superlounge’. They describe Lunar as “a fine dining restaurant that pays modern tribute to Chinese cuisine.”

The space, a standalone villa on Jianguo Lu, is beautiful. The dining room on the second floor faces the glassed-in kitchen, and is done in light gray and wood, with stone accents. 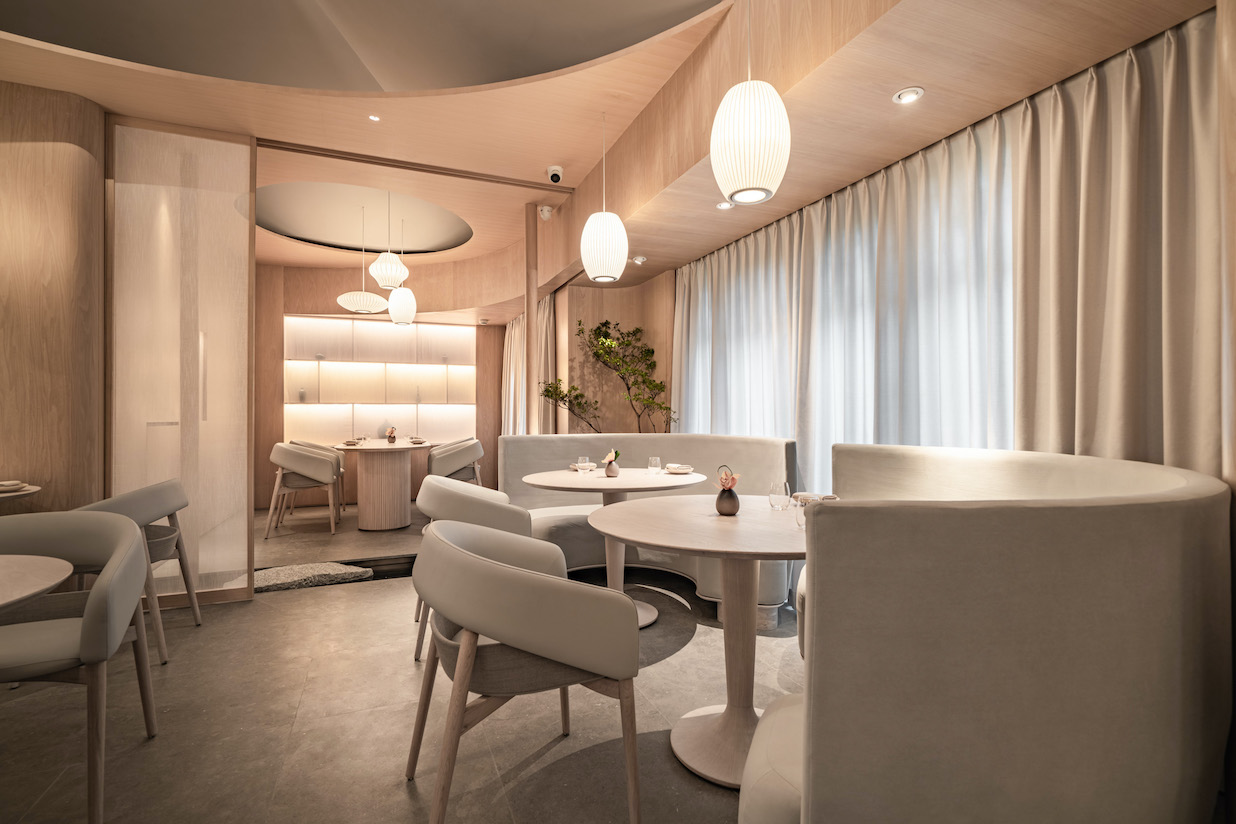 First Impressions: Teo’s cooking is careful, considered and, for the most part, technically sound. It is perfectly competent and shows off the skills he developed while working in Singapore.

It is also exquisitely boring.

My standards are this. If I am paying or would be expected to pay above a certain level for a meal — 1,000rmb? — it’s not just about dinner anymore (in this case, Lunar invited me and I did not pay). I expect the chef has something to say. I expect that the meal is some combination of interesting, unique, technically astonishing, wildly delicious or a memorable experience.

Sitting here, the next day, writing my impressions, it’s a challenge to remember. There was a huge langoustine in a sauce with aged tangerine peel, which I recall because the tail still had part of its black digestive tract — I picked it out with a chopstick. 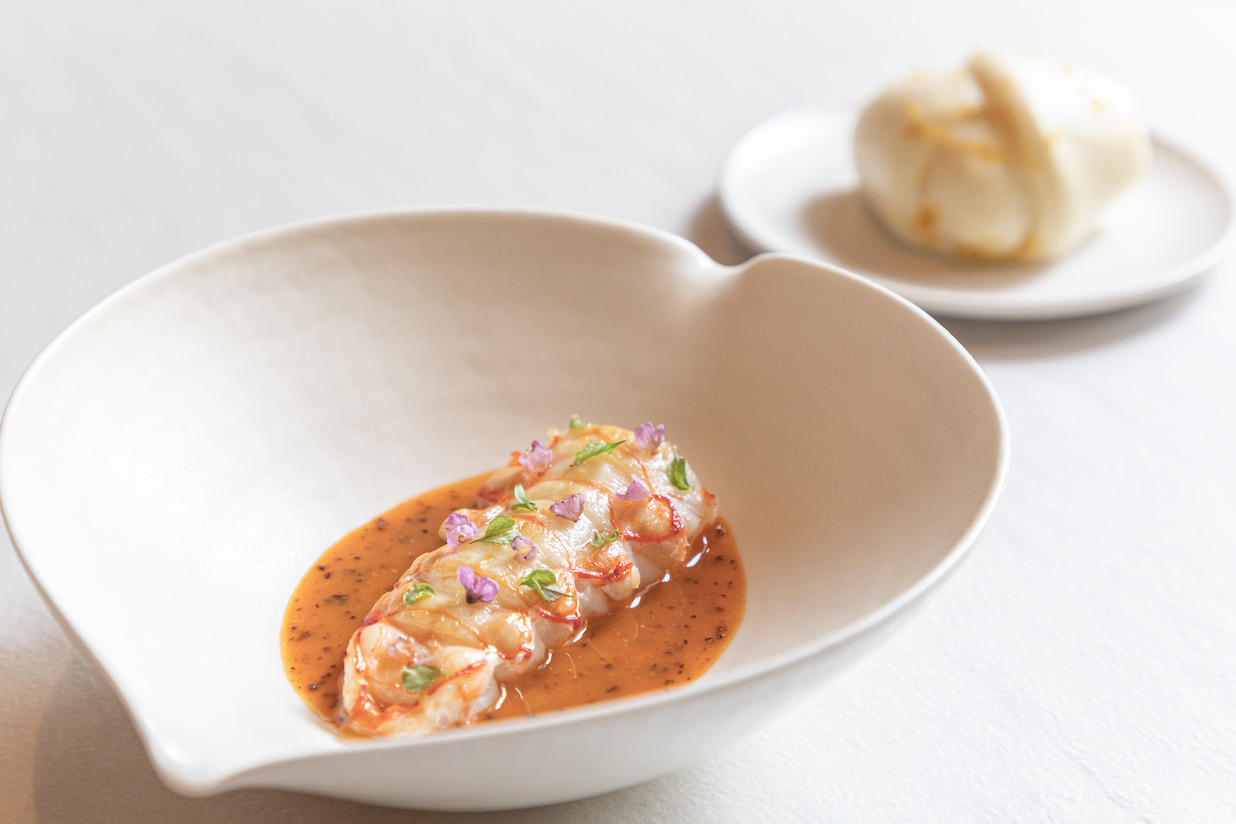 A pigeon breast, the “star” and final meat dish, with a wonderfully crispy skin, and, underneath that skin, stinky fat and mushy meat, both signs that perhaps this particular breast had aged too long. (Teo told us the pigeon is aged to get rid of the gaminess.)

I remember the moment when they generously asked my friend if she wanted another glass of white wine, she said she’d switch to red, and so they poured red wine into the same glass — on top of the white wine. Or when, halfway through the meal, they gave up introducing the dishes in English to me and just spoke to her in Mandarin, hoping she would translate.

There were nice things as well. 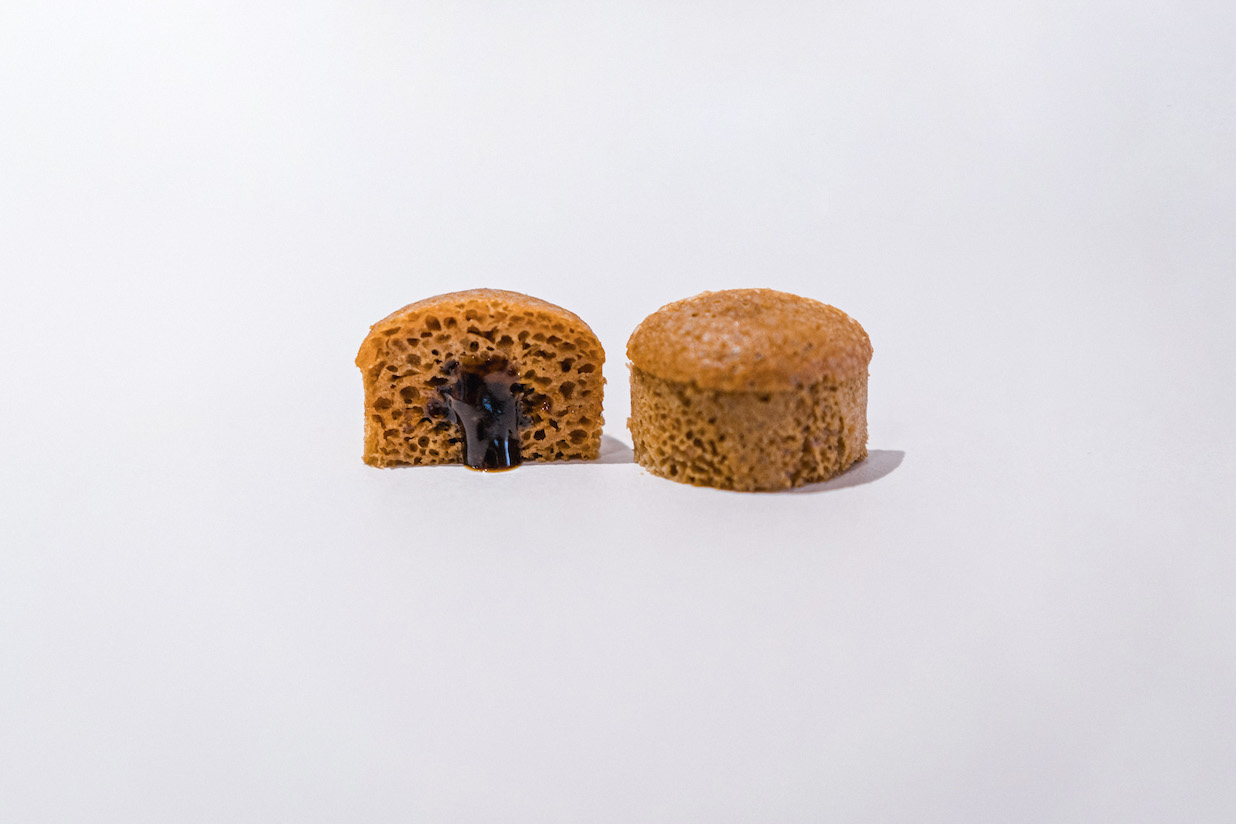 The mantou with orange zest to mop up the langoustine sauce; the steamed brown sugar cake with a syrupy center; Teo’s personal introductions of the first couple of dishes; a pleasant chat on the way out.

I remember more than I thought — but that’s not the ‘memorable’ I meant.

Perhaps I’ve made this all out to be more negative than the actual meal was. It was not an ordeal. I did not bite down on any bivalve "pearls".

But 1,388rmb is a lot of money. At that price, I am not just looking to fill up or experience competent kitchen technique. I want originality, an experience and some attitude, and far too often, this is where fine dining chefs fall flat. They are maniacal about details; they overlook the big picture. Lunar uses tweezers to put slices of lime in the drinking water. If only they could tweeze out some personality.

Lunar is in ‘Preview’ mode until November 19, and every paying customer before the 19th gets a voucher to come back for a second, free meal. This is laudable and deserves to be copied at other restaurants who too often open and charge full price before they are fully ready.

Does that generosity and humility invalidate the service and kitchen mistakes?

The problem remains: even if the operational details were flawless, I am just not excited by Teo’s cooking. I love Chinese food; I am open to the idea that it can be experimented with.

Teo is not the only one trying to find a way forward for "Chinese fine dining" and what that might mean. Lan Guijun of Yu Zhi Lan is trying to do it with Sichuan food in his restaurants in Chengdu and here, on Julu Lu. Wang Yong in Hangzhou's Four Seasons restaurant is trying to do with with Jiangnan food. It's happening in Beijing and Shenzhen and Hong Kong. In a couple of weeks, DeAille Tam and Simon Wong will be opening Obscura in Shanghai, charging 2,000rmb for what sounds like a similar attempt at fusing Chinese cuisine with their Western fine dining training.

But if “modernizing” Chinese food means taking out the parts of it that I love the most — the sharing, the vibrancy, the contrasts, the lack of pretense, the allusion to family, personality, the sense of place and the life — then, thanks, but I’ll stick with the classics.