Ce La Vi is Open Again. Maybe It's Too Soon.

Revisiting the nightclub restaurant at The House of Roosevelt.
By Christopher St Cavish Nov 2, 2020 2020-11-02 Dining
Ce La Vi, the club lounge chain strung across Asia and the Middle East, has had a weird year. They opened in fall 2019, didn’t really hit, and then closed abruptly in February amidst COVID, letting almost all of the staff go and shutting the doors. Then in late September, after lying dormant for seven months, they dusted off The Champagne Machine and it sputtered back to life, with an assumedly new staff and definitely a new chef.

One can argue about this business decision — brilliant and prescient, or panicky and insecure? — but I wanted to see the effects of it for myself, so I went down for dinner the other night in anonymous mode with two other Shanghai-based chefs (who do not work at competing / similar restaurants).

Brian Chan, whose bio namechecks Robuchon at the Four Seasons and Peacock Alley at the Waldorf Astoria in New York as part of his training, is the new Executive Chef. 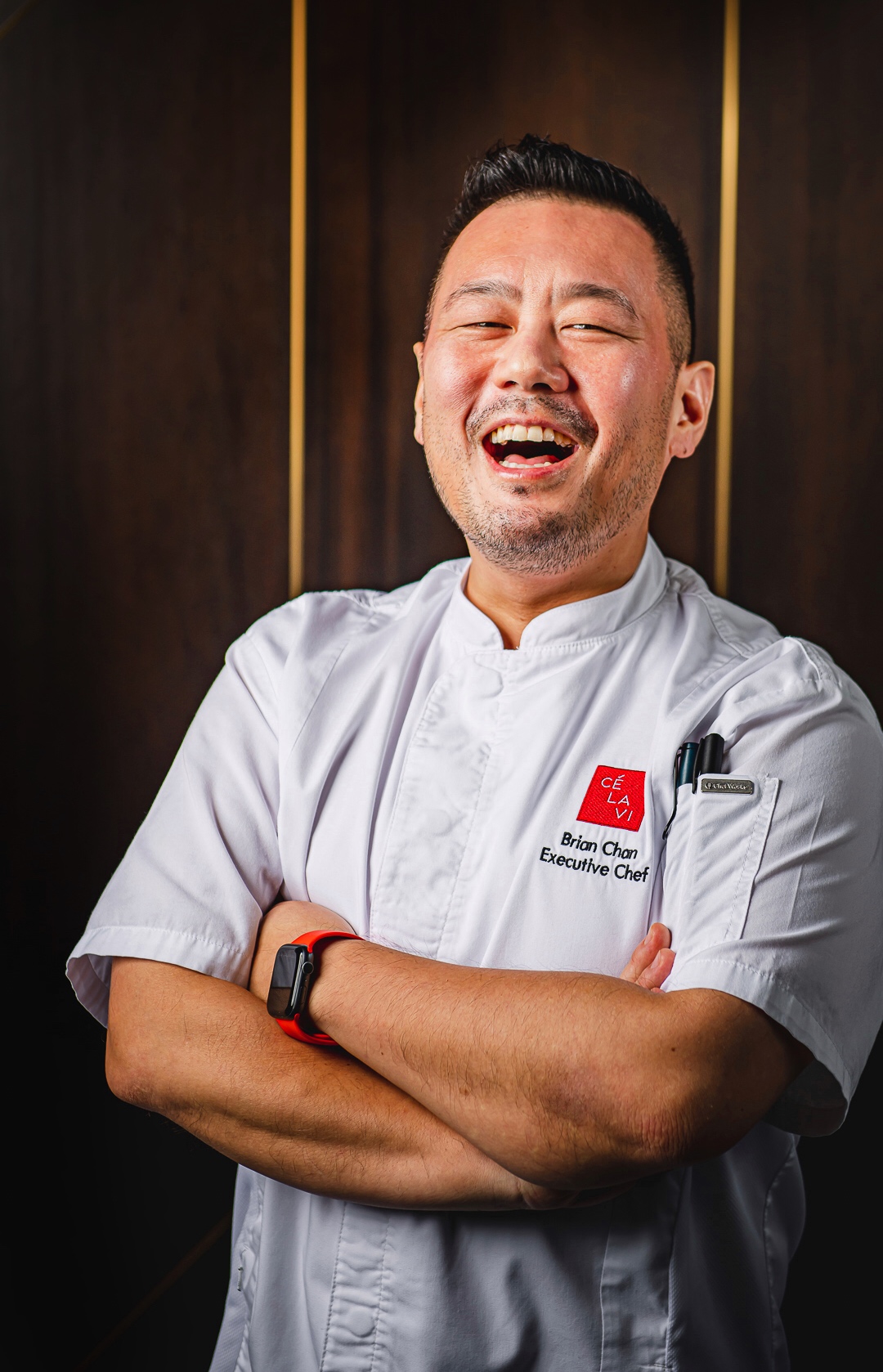 His menu hews closely to (and maybe comes from?) the Ce La Vi corporate playbook of dressed up Asian food with Southeast Asian flavors.

On paper it sounds delicious.

In press photos, they look fantastic. 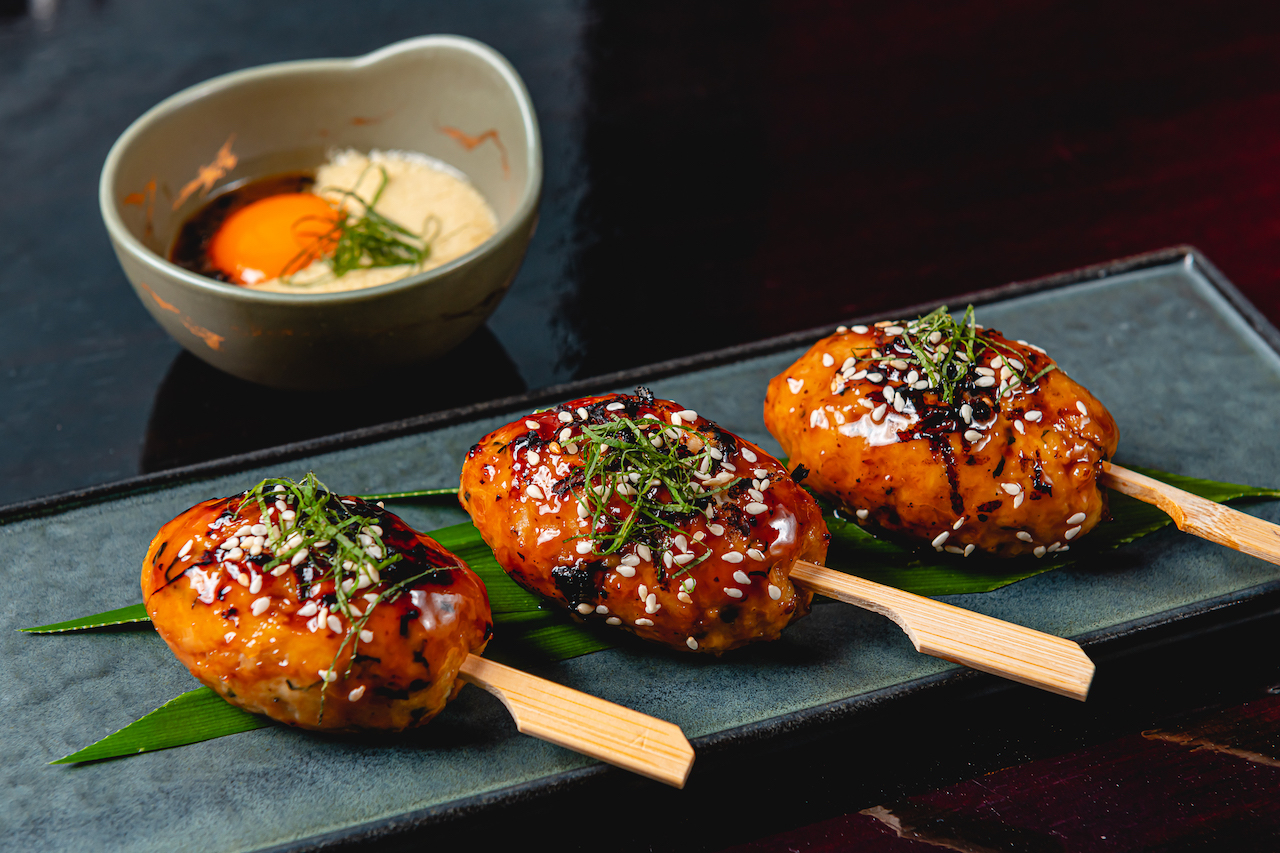 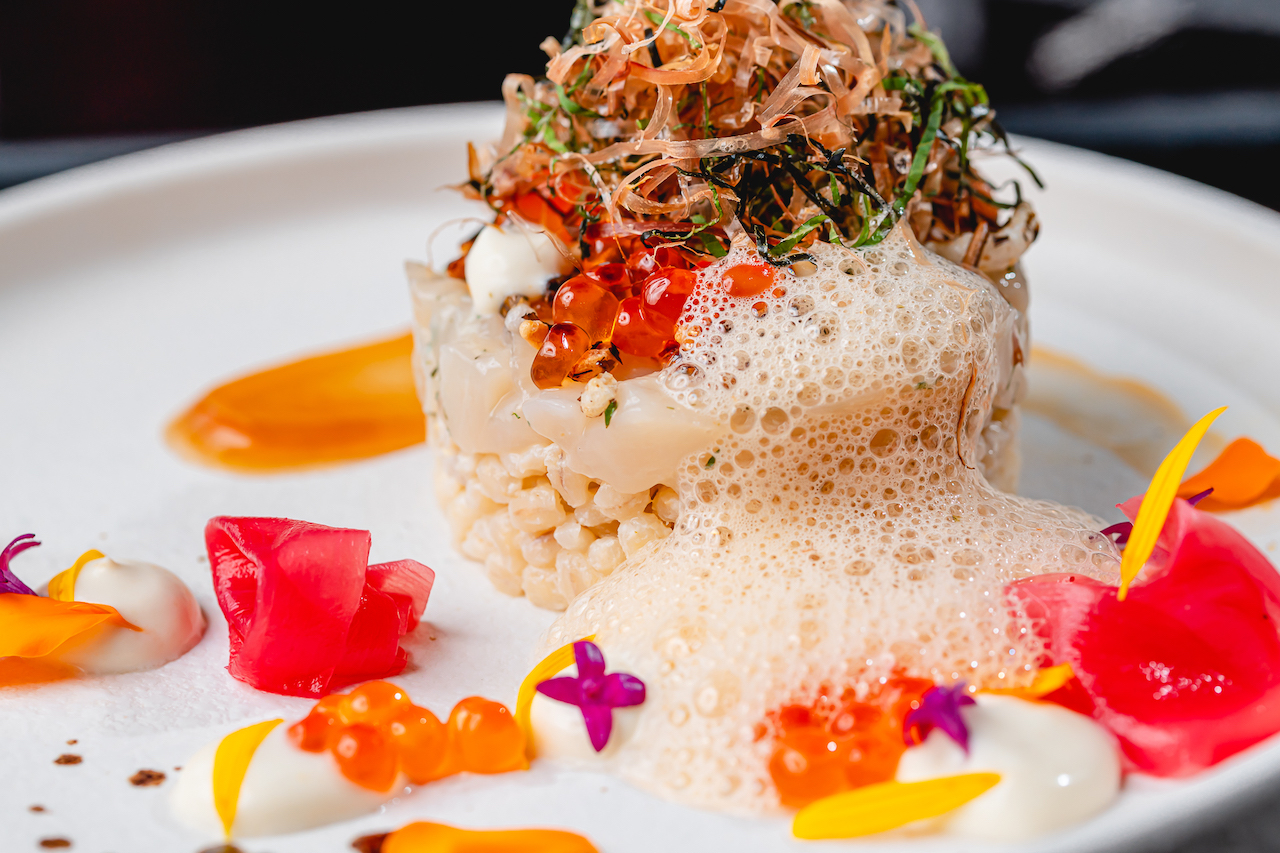 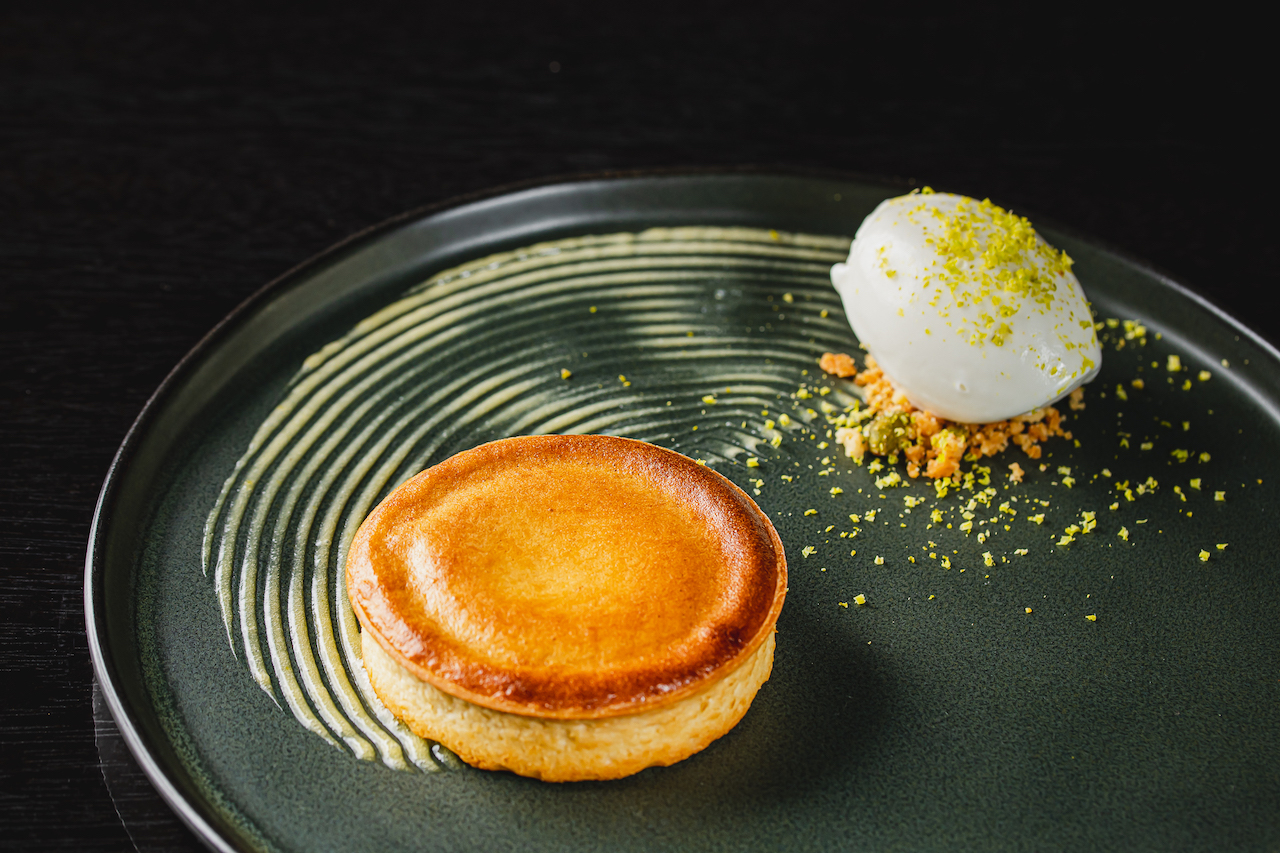 In reality, as the three of us stood outside in front of House of Roosevelt three hours later and 2,000rmb poorer, debriefing on our experience, we struggled to find a nice thing to say about the place. The “Waterfall Beef”, a bone-in Black Angus short rib, with a tamarind glaze, was… it was… ok? The glaze was nice. The meat was bland. If the chili-lime dressing was there, it was silent. For 598rmb, it was — and not in my words — “unacceptable.”

That’s probably the nicest thing I can find to say about the place, as it is, going into winter 2020.

The dinner started with me nearly breaking a tooth on a “Kavalan Whisky Clam” (198rmb for four clams) that hadn’t been cleaned properly, and contained several small, hard rock-like things, bigger than a grain of sand, smaller and more uniform than shards of shell. 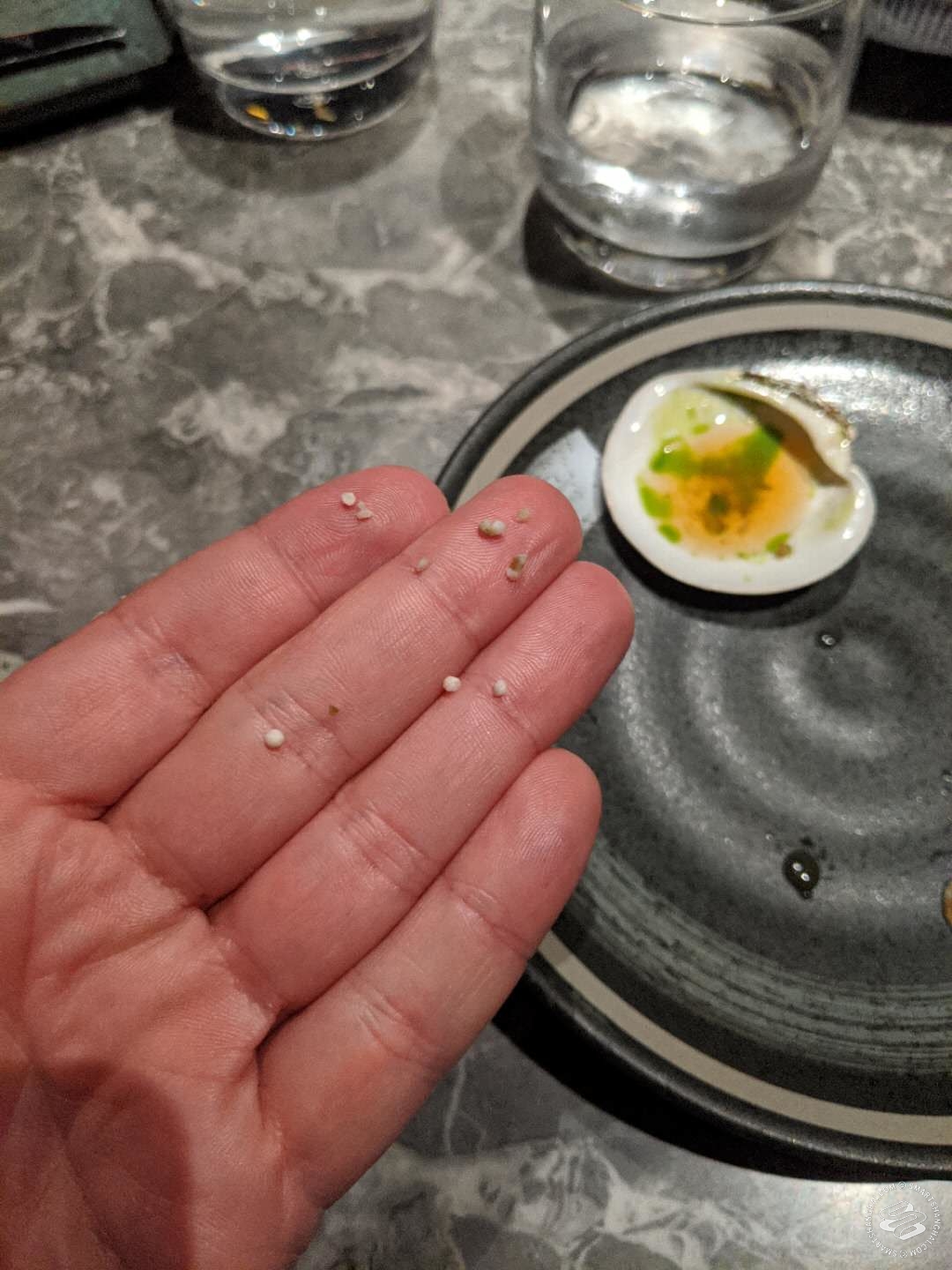 The poor waiter tasked with explaining couldn’t explain but that’s ok; Google eventually told me these were ‘clam pearls’, which form from layers of nacre building up and covering over irritants (or parasites) that get into the clam, like a regular pearl, only small, uneven and liable to chip your teeth when served “chilled, marinated, with sand ginger, Sichuan peppercorns and wheatgrass oil”.

Still! Pearls! Maybe it was an omen and my night was about to be very lucky.

Noodles were weirdly spongy, fried foods thick and dull, pistachios on a dessert at the edge of being rancid (had they been sitting in the kitchen since February?) — it was a cascade of disappointment. I don’t know what went wrong in the kitchen; this can’t be what they intended.

Fortunately this experience wasn’t inflicted on too many others. The restaurant was mostly empty when we arrived and then abandoned by a little later in the evening, when the soundtrack changed into excited house music from the DJ in the bar. Ce La Vi is trying to be something like Canton Disco at the EDITION, which also goes for the “dining in a loud club” vibe, with mod Asian food, and was also closed for a long stretch. In Canton Disco’s case, it originally came from Hong Kong’s Black Sheep Group, giving us a Shanghai version of their super popular Ho Lee Fook in Central.

Coincidentally, Canton Disco also re-opened recently, but this time with no head chef and no more involvement from the Black Sheep Group — a new menu is on the way. I’ve not been back since the opening.

The jury is still out on whether Shanghai needs more “Unforgettable lifestyle destinations that elevate the senses”, as Ce La Vi describes itself. The Ce La Vi club itself has not re-opened yet (though it makes a cameo appearance for Halloween and will do a few events in the remainder of the year, the GM says) and even the two terraces, which are stunning, are empty. 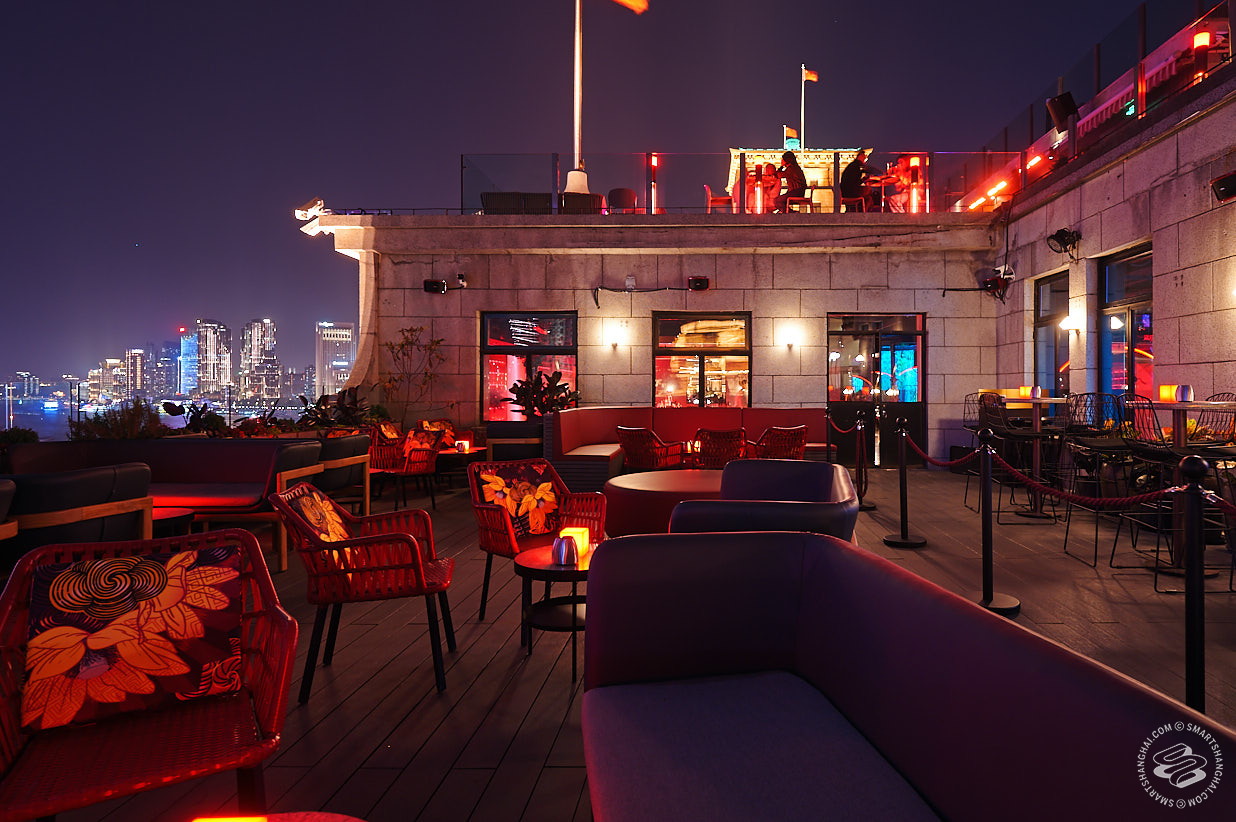 The main draw of the House of Roosevelt these days seems to be the sky terrace one floor up from Ce La Vi, full of people playing dice around bottles of Johnny Black, dates gone horribly wrong (an empty rack of tequila shots, a woman passed out head-down on a cocktail table, her wavy date still sipping a beer with eyes half-open) and a three-meter wide screen at the bar obstructing the view of the Bund while playing a Heineken commercial on loop. Or at least that’s what I observed on a quick tour du bar.

This is probably not what Ce La Vi aspires to.

Going forward, it’s hard to know if these are just teething, or re-teething, issues of opening what is essentially a new restaurant, or larger and more symptomatic problems. Were the managers and chefs just distracted for one night or is this level of inattention a regular thing?

For now, it’s probably best to wait until they get back on their feet and find their groove. Let them practice on others. Let them learn to look a little more closely at the clams. Let them use up that box of pistachios they bought in 2019.

But I don’t think we’re going to be friends.