By Christopher St Cavish - Photos: Brandon McGhee Oct 14, 2020 2020-10-14 Dining
California pizza franchise Pieology has opened two stores in Shanghai recently. They are kind of like Subway, in that you pick your crust, your sauce and then a huge number of toppings, claiming to give you 78 billion different pizza options. I went recently. I had two options. They were both an insult to pizza. 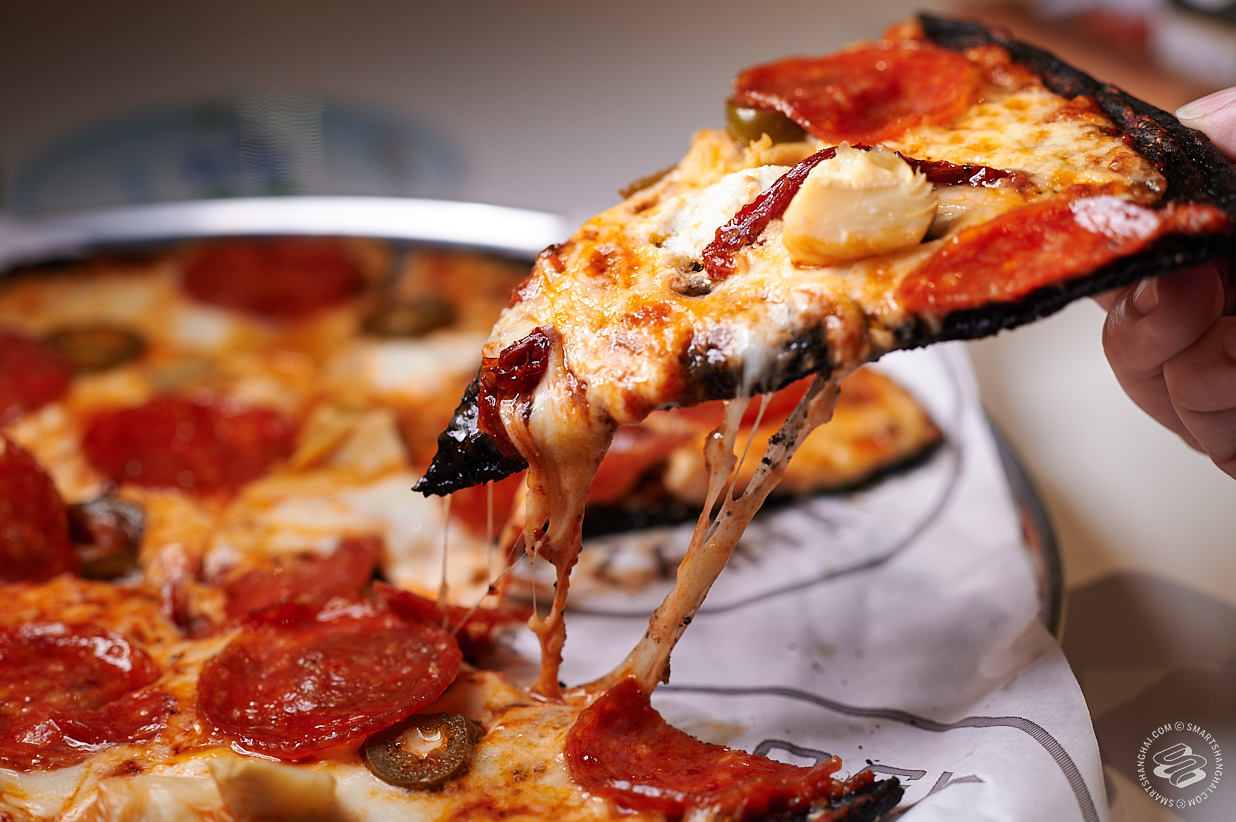 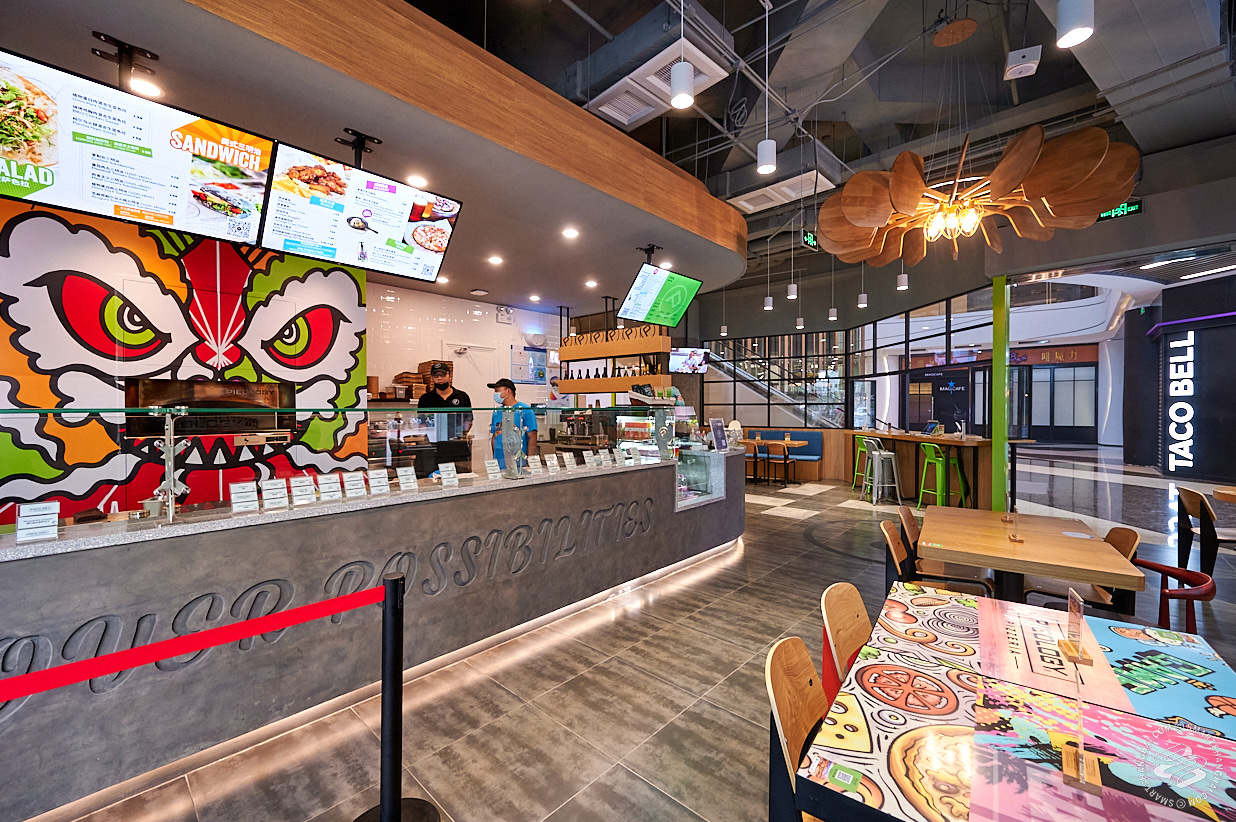 The formula, and let's be upfront that this definitely feels like a corporate formula and not something created by people who love food, is simple: pizza for people who don't like pizza, and would rather have a crispy black cracker topped with things like kimchi, cilantro and BBQ sauce. The dough is not stretched out by hand but instead put into a machine that presses all the air out of it, leaving a flat disc that you are then free to abuse with toppings. From the awkward handling at every step, I got the impression that the man tasked with making my pizza had been doing this for about, oh, at least... three days? Four? Call it a week. It was, without question, the worst pizza I have ever had in Shanghai, and that includes the "pizza" on the Beer Lady's menu. It cost 88rmb, for which I got access to all the toppings. Even trying to assemble a somewhat traditional pizza didn't help; when you start with cheap ingredients, you end up with cheap-tasting pizza. 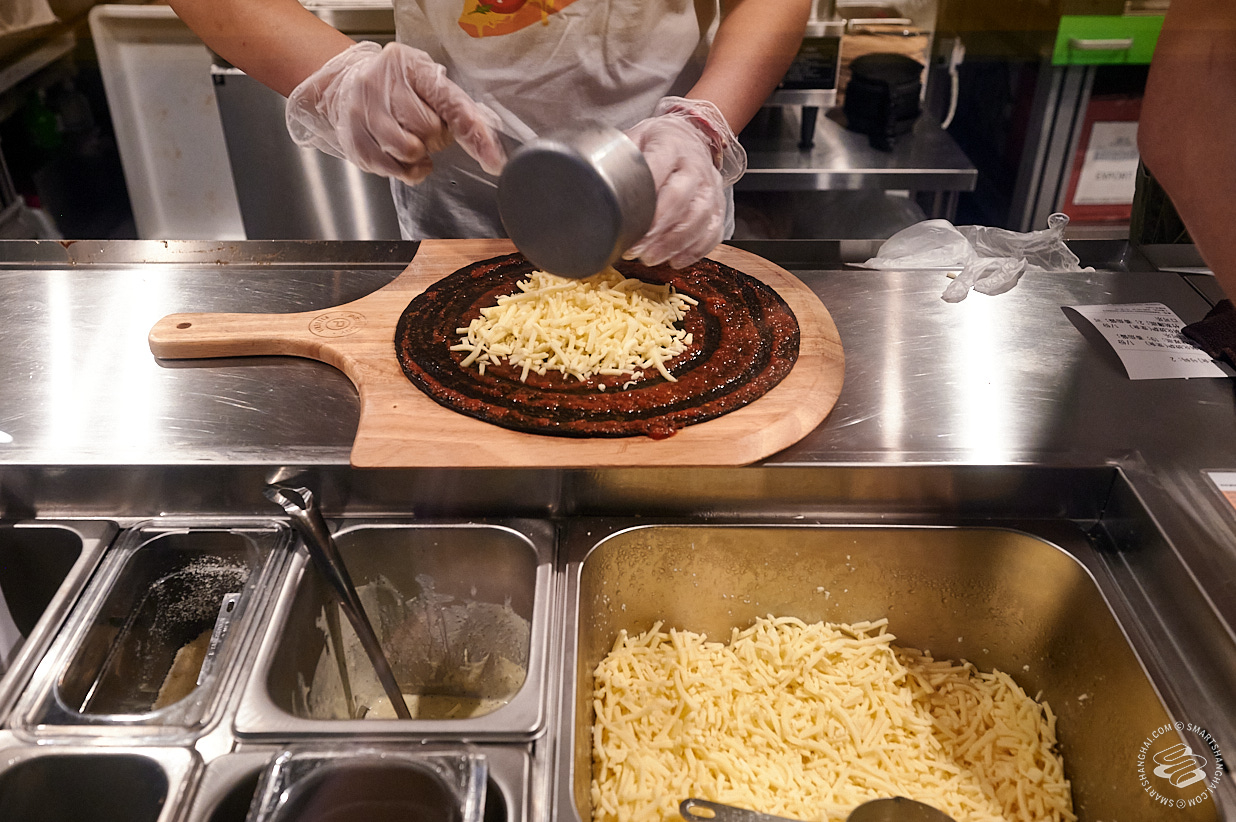 But clearly not everyone thinks so. Basketball superstar Jeremy Lin is an investor in Pieology Pizza China, according to the franchisee's website. And it's true that there are many people out there who are bored with life, bored with pizza, and need the existential pick-me-up and the transgressive thrill that a cracker full of discordant toppings, covered in "after-bake sauces", provides. If you're angry at Homeslice, pissed off with Mamma Mia, upset with yourself, let down by Domino's and generally traumatized by airy crusts, good tomato sauces and reasonable toppings (or even Domino's boundary-pushing options), then perhaps Pieology is for you. Two locations in Shanghai to date. Have at them.