[On the Radar]: Food Theory 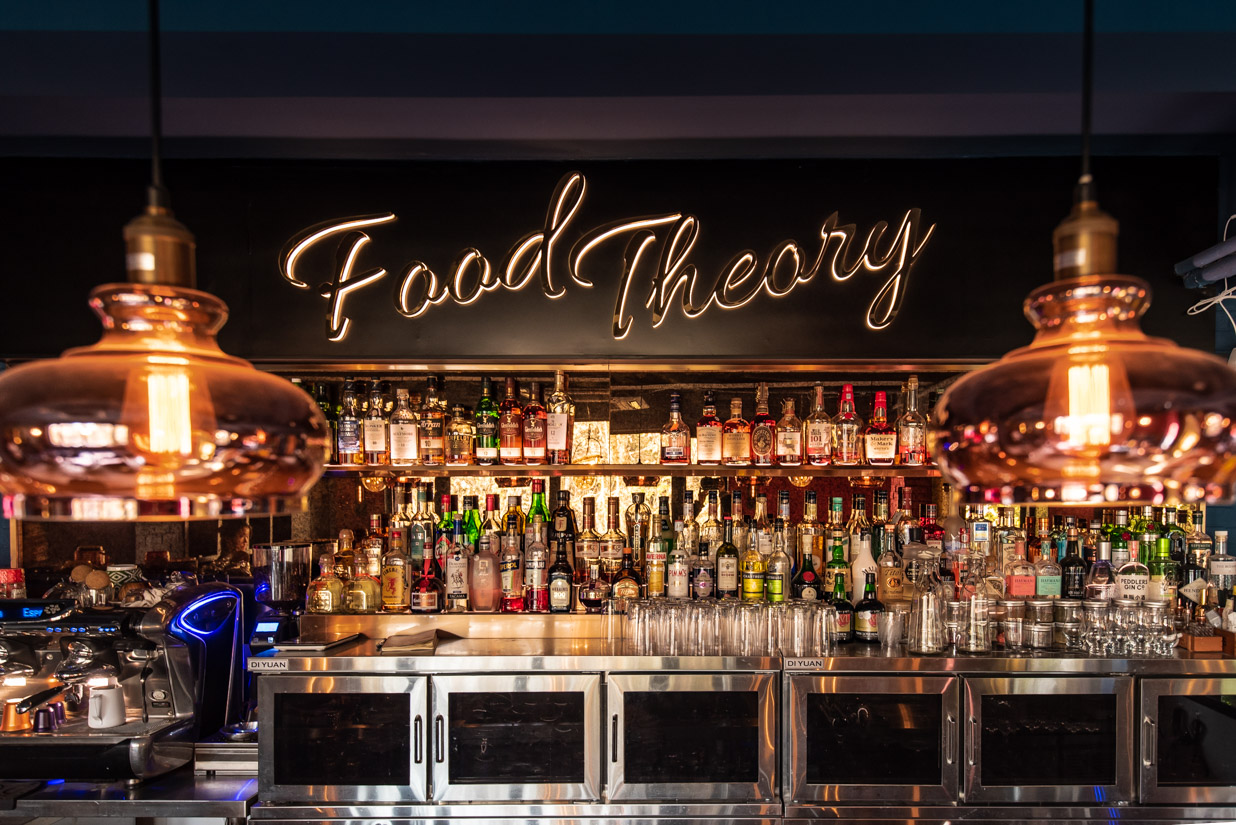 What It Is: Food Theory isn’t exactly new, but they’ve been changing things up a lot since opening late last year… so here we are. At its core, Food Theory is a small culinary studio that hosts bilingual cooking, baking and beverage classes, with a new schedule of classes out every two months. Examples from the current program include glazed cakes and more elaborate desserts, and savory stuff like ratatouille, fresh pasta, paella, or Hong Kong-style lamb stew. Then, on the other side of Food Theory, there’s a dining space and bar where they teach coffee workshops and cocktail-making classes. You probably see where this is going: They hold classes during the day, and run a restaurant and bar outside of those workshop hours. 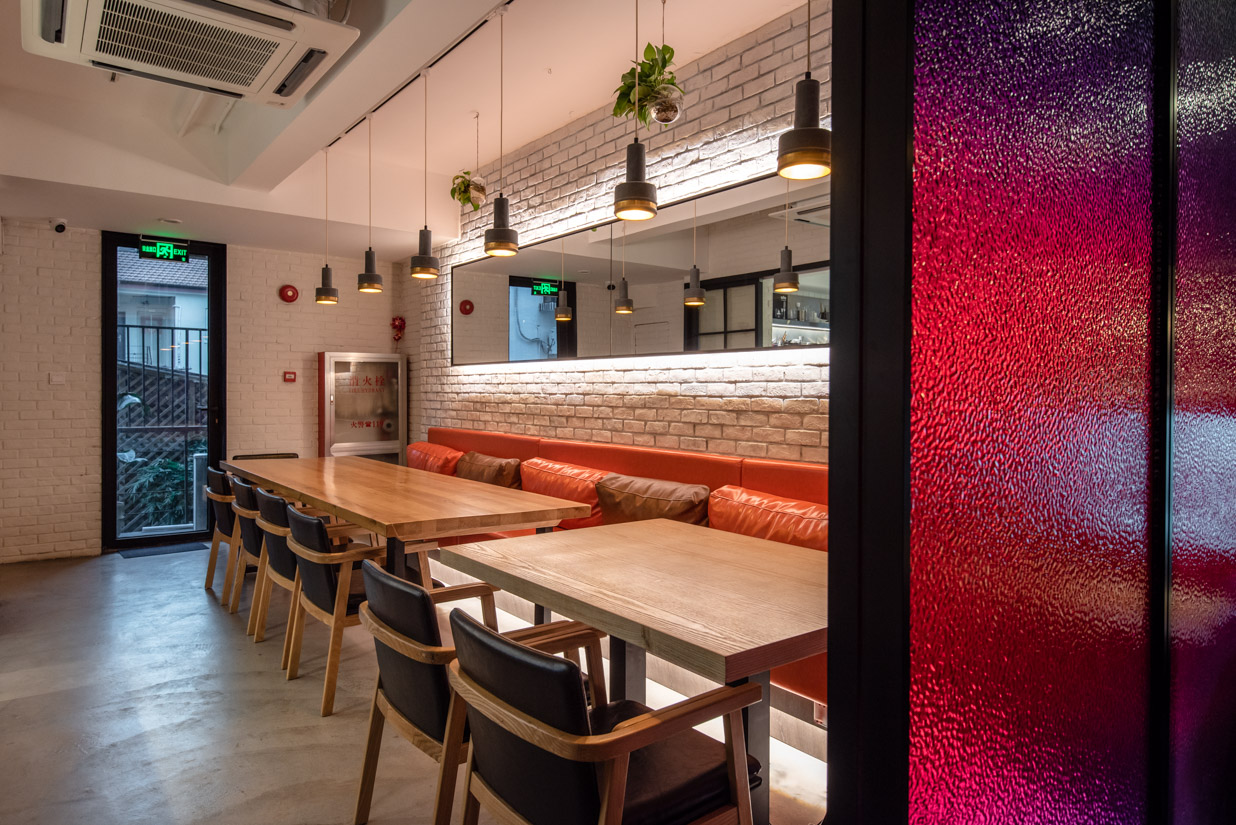 It's a kind of boutique cooking studio that's been gaining ground in Asia's big cities, particularly among young urbanites who don't do much cooking at home and like this kind of entry-level experiential approach to F&B. If you're thinking "I prefer to work my pasta dough in peace," you are not the target clientele for these classes.

Area: Surpass Court, the compound at Yongjia and Yueyang Lu where the only thing some sore hearts in this city still see is a Lola-shaped hole. Nowadays, its visitors are mostly headed to Avenue Joffre, The Roof or Brownstone for drinks. Food Theory is in the building at the very front of Surpass Court when entering from Yongjia Lu – same building as the sort-of, not-really new Ottimo, which we recently wrote about here. 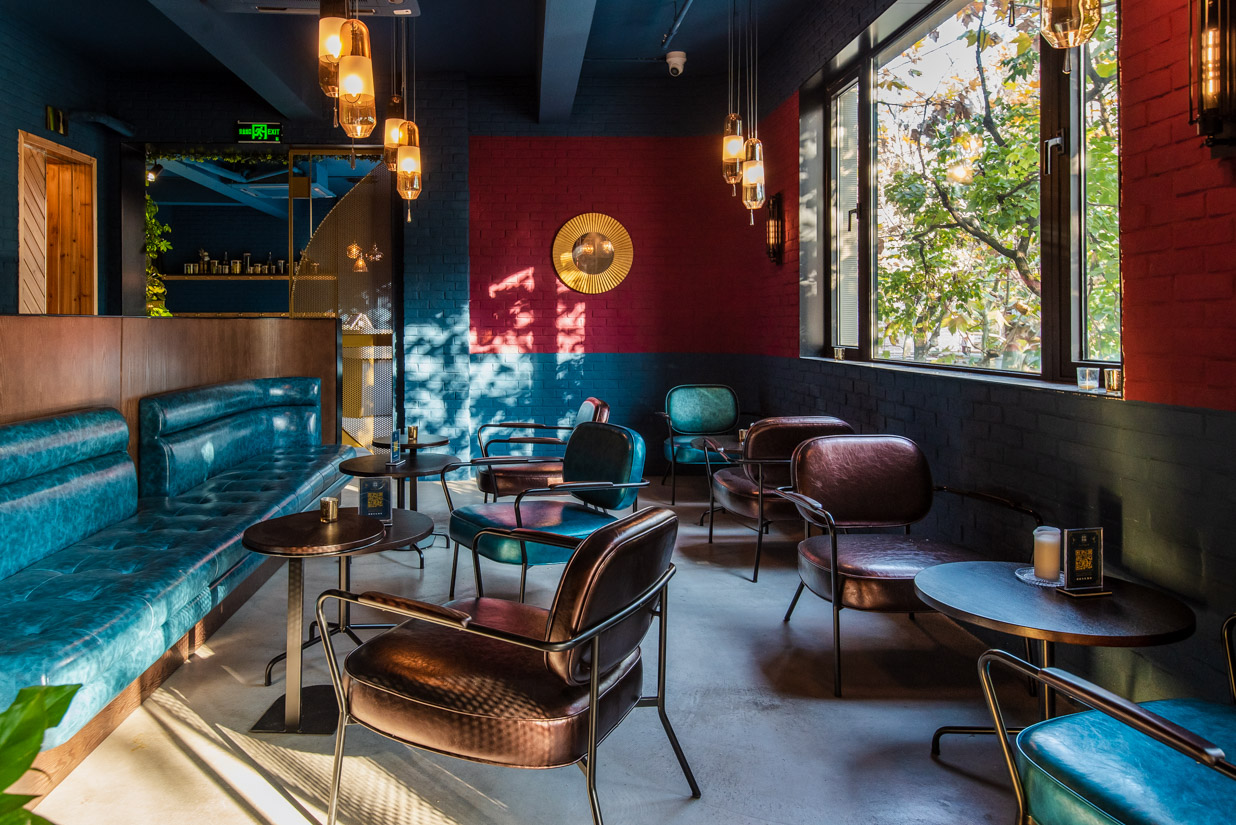 Atmosphere: The cooking studio is neat, largely unadorned and pretty in its simplicity. It gets lots of sunlight streaming through from large side windows. There's a mix of home and professional kitchen equipment -- stand mixers and Nutribullets on the countertops, a blast chiller and multiple ovens along the wall. Adjacent to the cooking station is a row of diner-like seating that functions as a tasting area for class-goers, and as a dining table during private dinners.

The first area that visitors actually see upon entering is the restaurant and bar. This side of Food Theory has the opposite feel: prominent brass accents and amber ceiling lights that glint and glow off the dark woods and deep saturated colors in the rest of the room. 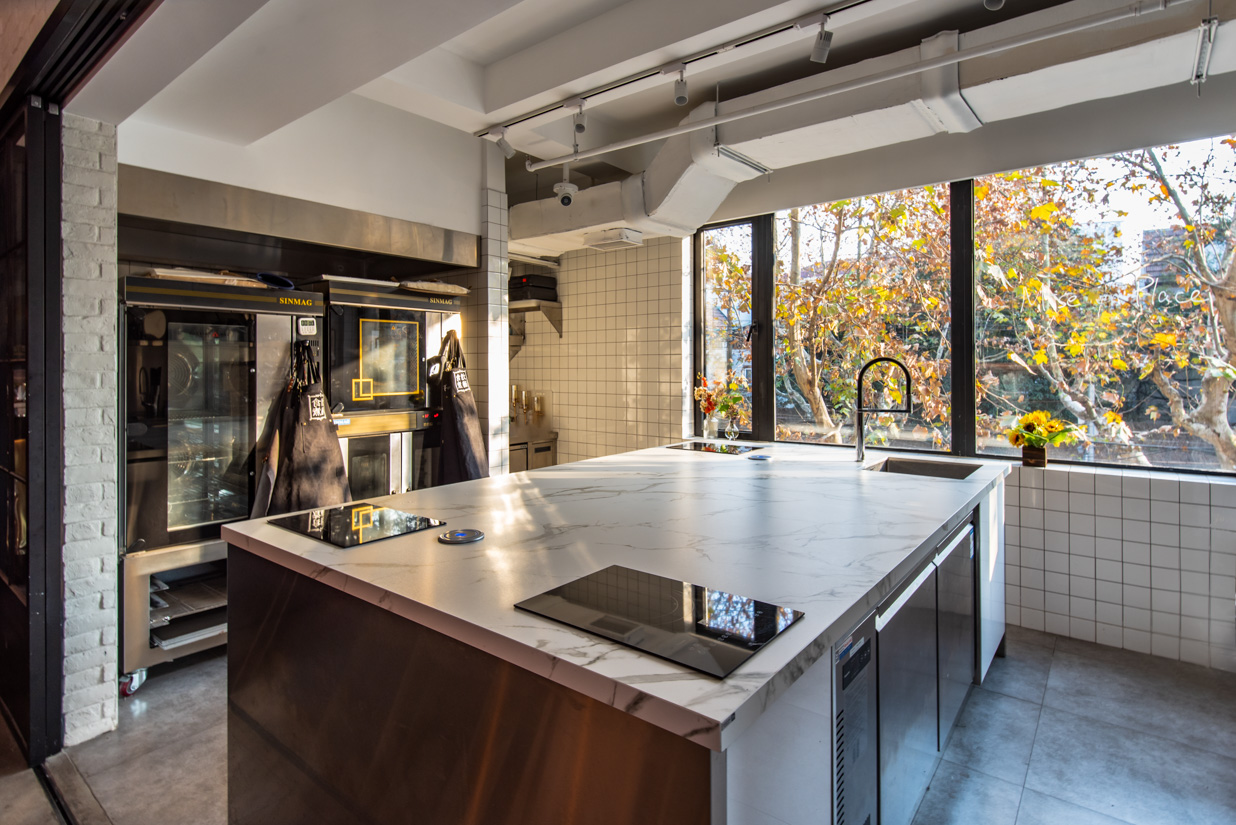 That's about the extent of the design. There isn't much detailing, but that's probably the point since this area is also sometimes used as an event space. 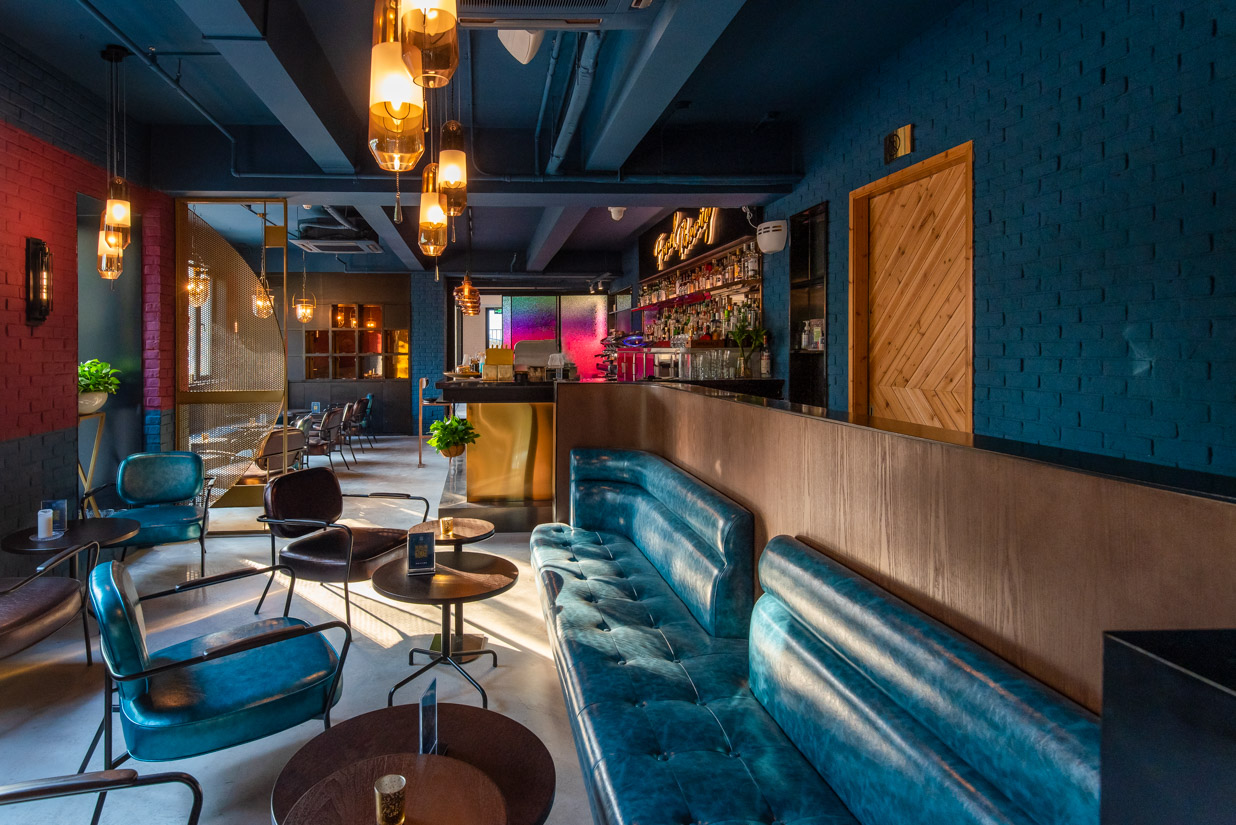 Dishes To Try: Food Theory does private dinners that have to be booked in advance, but on most days the kitchen's also serving xiao chi ("little eats") during lunch, dinner and drinking hours. They call it their "Bar Snacks" menu. Some are snack-sized, like the tuna tartare on shiso tempura (60rmb), okonomiyaki fries (55rmb) and mala beef strips (65rmb). That last one is just the kind of strongly piquant, salty snack that OG boozehounds like my dad would nod approvingly at as proper xia jiu cai, which describes a dish that's really suitable for savoring slowly along with an alcoholic drink. 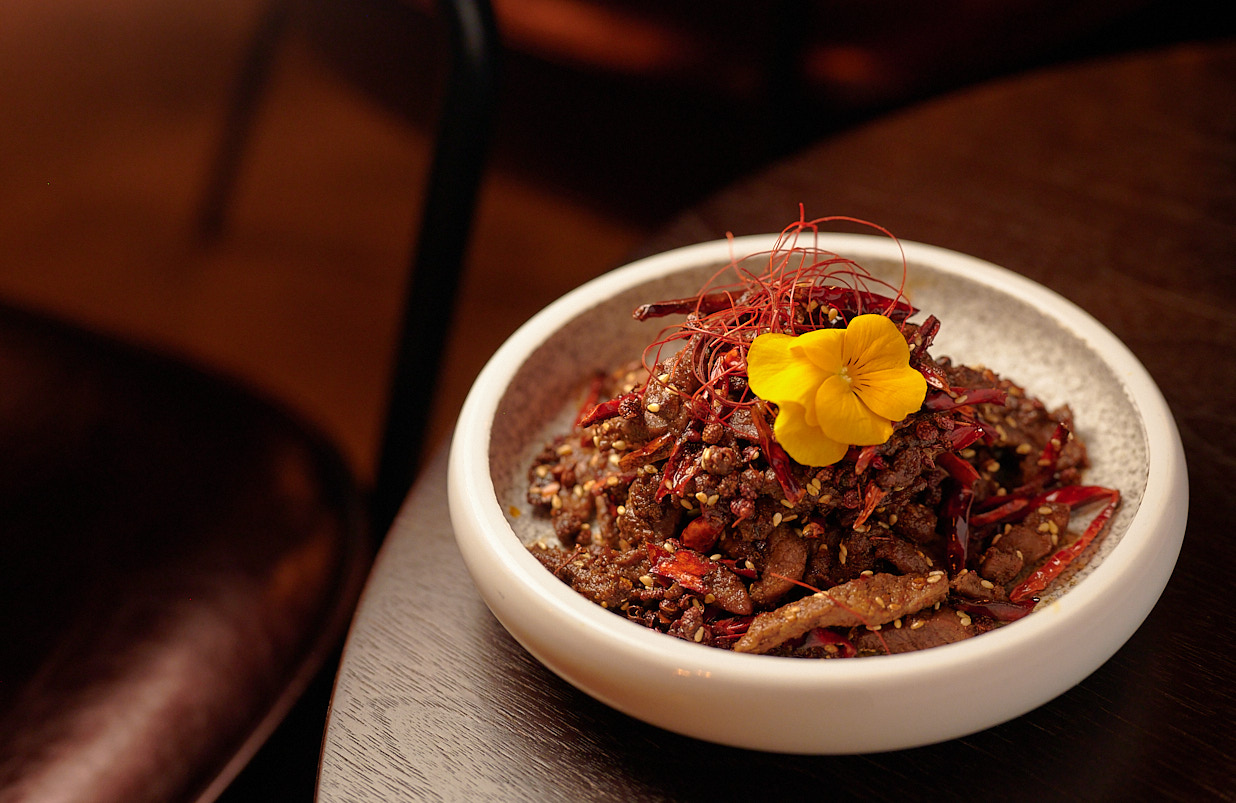 Other menu items are a bit bigger, like the spicy coconut chicken (75rmb) that adds a bit of toasty coconut flavor and fragrant chili to the traditional ji pai (fried chicken fillet) that's so popular in Taiwan. There's also Taiwanese beef noodle soup (85rmb), but they only prepare enough to serve five bowls per day, and I didn't manage to get my hands on one. 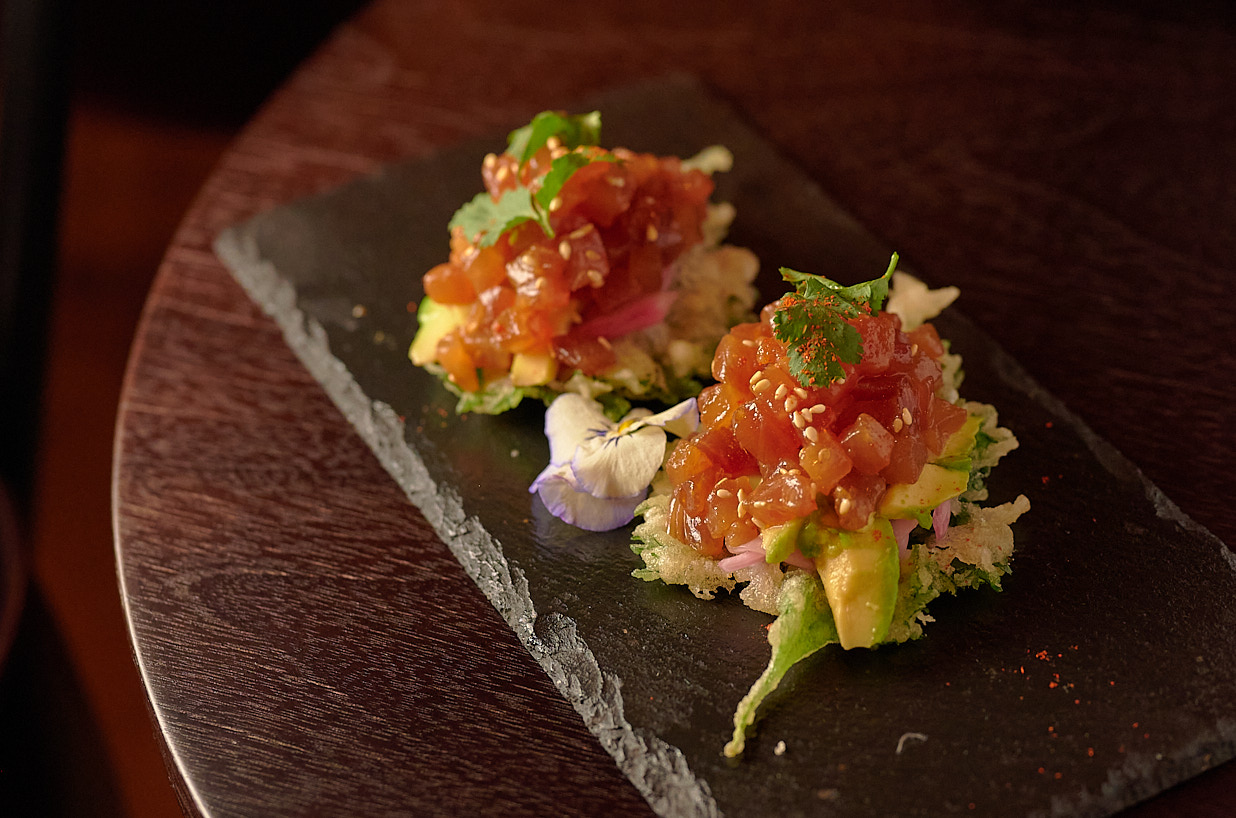 Food Theory co-founder and head chef Jessie Chang, who also teaches many of the cooking classes, is from Taiwan – hence the inclusion of many dishes from the island. His lu rou fan (40rmb), or braised pork belly over rice, is made from a family recipe brought in by Food Theory's bar manager, who is also from Taiwan. Their version tastes just as a mom-and-pop shop in Taiwan would do it: diced pork belly that's rendered soft from hours of braising in soy sauce, rice wine, fried shallots and other aromatics, all meeting at the right balance of flavors. Lu rou fan in Taiwan tastes very different from the lu rou fan that's usually served up in Shanghai and most of the mainland, where it tends to be way, way heavier on the soy sauce. A fundamental difference is that Taiwanese soy sauce and rice wine tend to be much more delicately flavored, and another is that the fried shallots that are so essential to the Taiwanese style of lu rou fan comes from a type of shallot that is only grown in Taiwan. Chang and his co-founder, Clara Ma, found a way to get a supply of those shallots here in Shanghai. 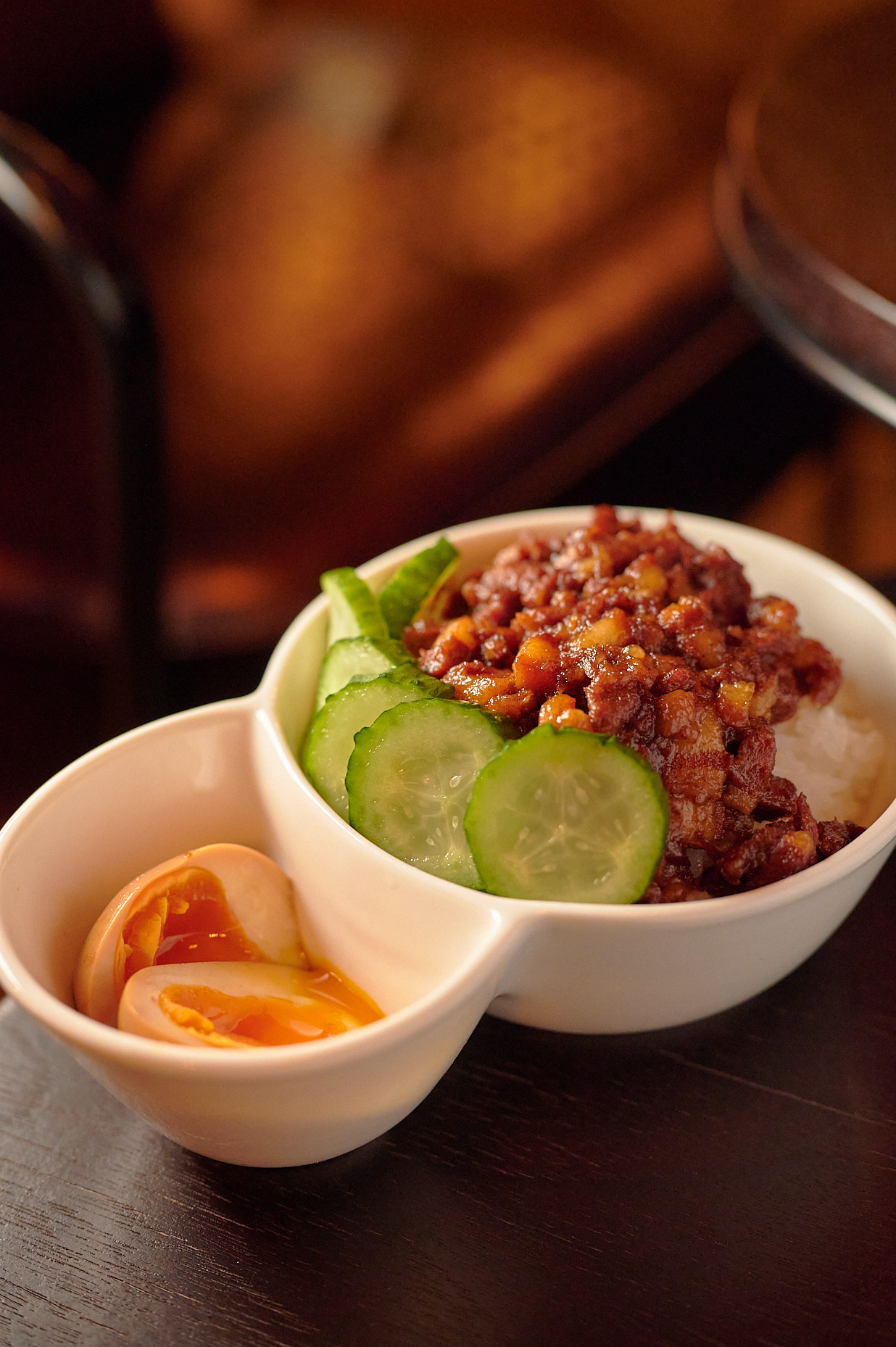 The wasabi clams (68rmb) are a spin on the stir-fried clams with fresh chili, ginger, Thai basil, and garlic that's ubiquitous at Taiwanese restaurants. Theirs doesn't deliver the kind of heady intensity that the family-run, beer house-style restaurants in Taiwan do, but Chang's addition of wasabi adds a nice zing and extra dimension of flavor to their version of the dish. A couple of other dishes done Taiwanese-style: braised beef tendon (65rmb), and an excellent lu wei platter (75rmb) that comes with braised braised duck wings, duck tongue and tripe, along with thick cuts of kelp and dou gan (firm tofu). Each of the dishes on this menu has a suggested cocktail pairing – for instance, the shisotini cocktail (88rmb) is listed next to the tuna tartare with shiso tempura, and the dry martini (88rmb) is listed alongside the wasabi clams. 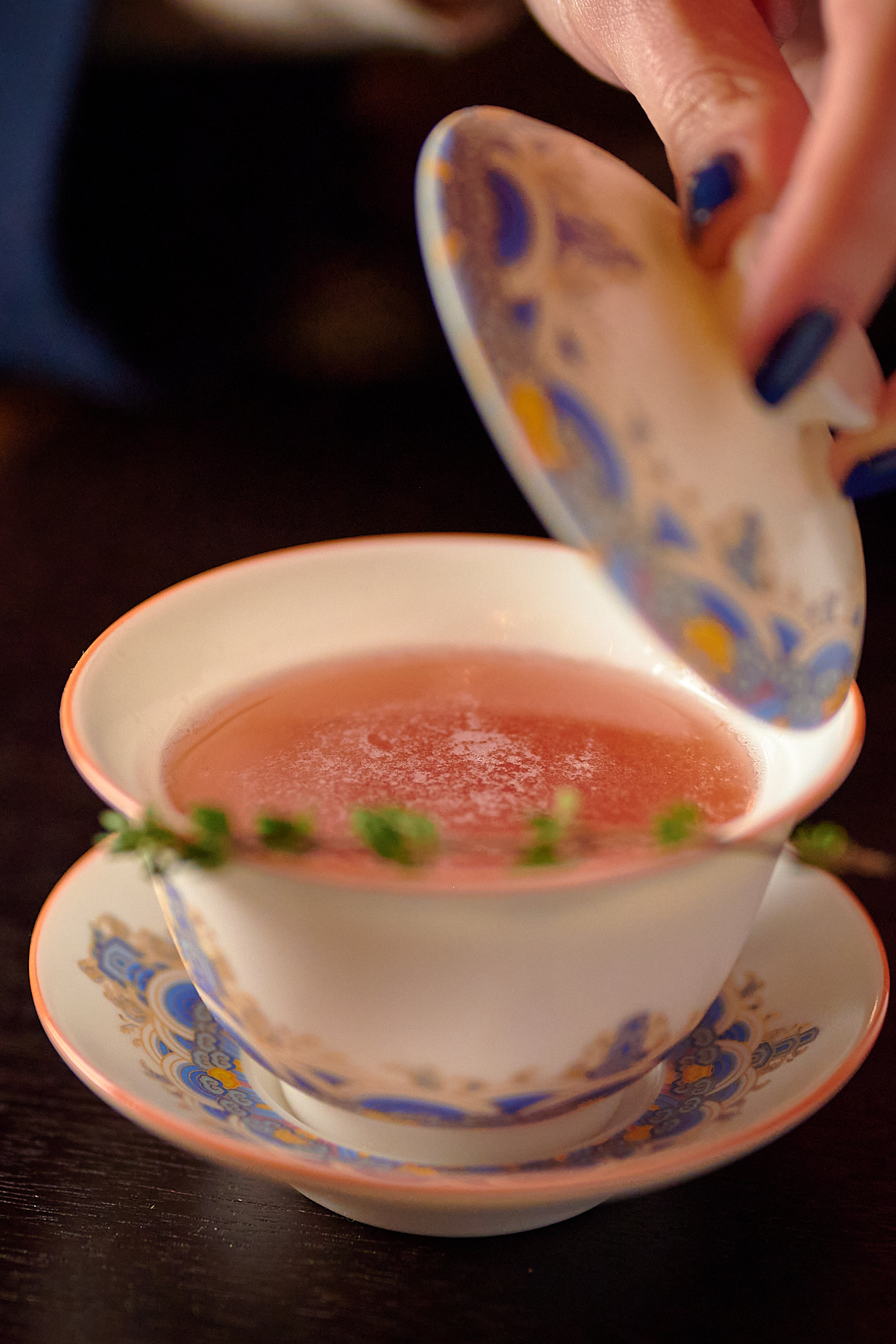 Recently Food Theory rolled out a new "dessert bar" menu created by their pastry chef Indy Yu. The desserts are of the more elaborate, molecular gastronomy variety, and each one also comes with its own suggested cocktail pairing. They're calling it a "dessert bar," said Ma, because customers who order them can go up to the bar and watch as they're being made, and because they're meant to be consumed with cocktails. But I maxed out my word count talking about lu rou fan, so we'll cover the rest of the stuff with photos and captions: Dessert Palette, 158rmb. The idea is to mix however much of the three fruit purées and lychee ganache into each glass of Riesling you want, like a small sangria. 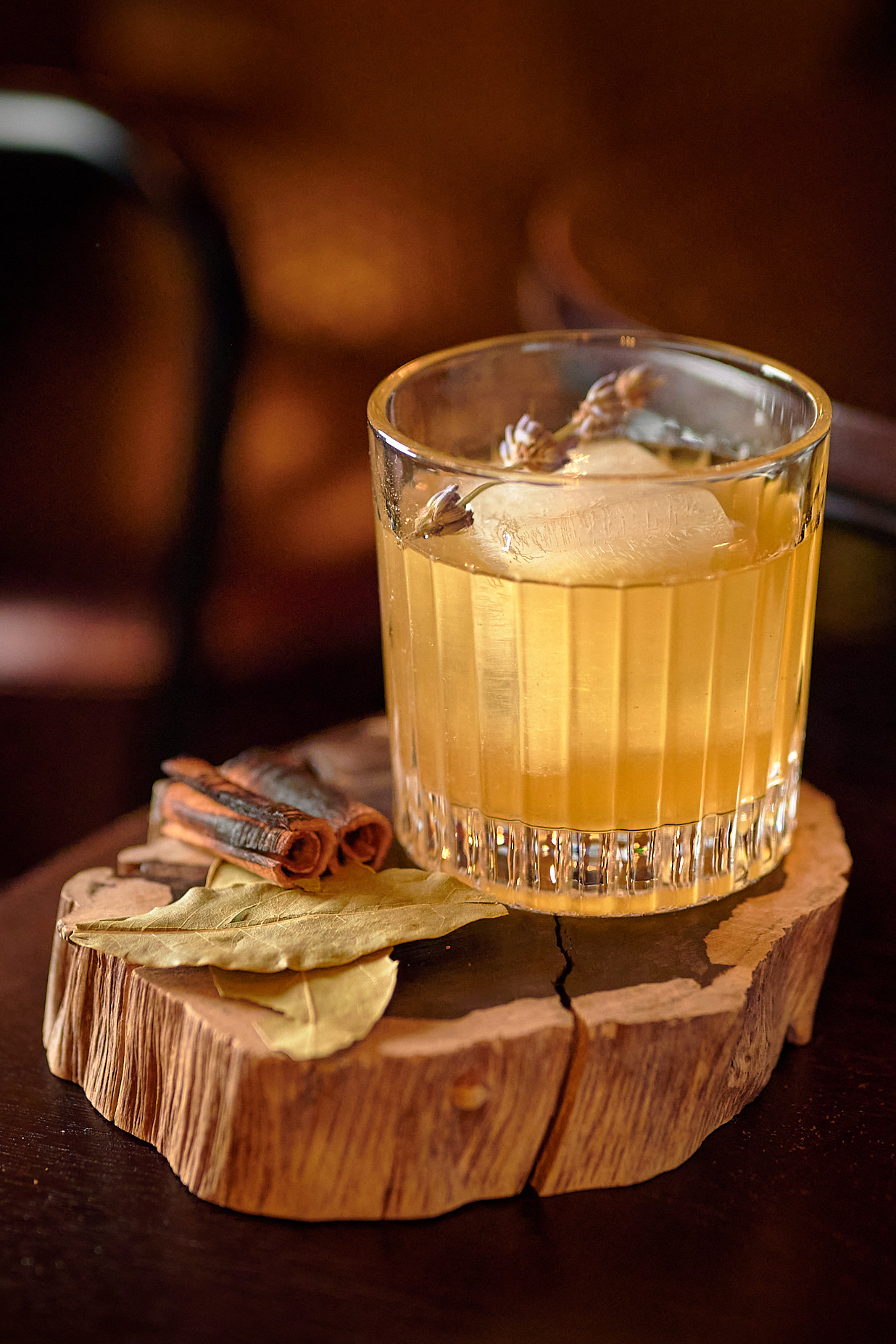 Once Upon a Time whiskey cocktail, 80rmb, slightly smokey, slightly tart, to pair with the mala beef strips. 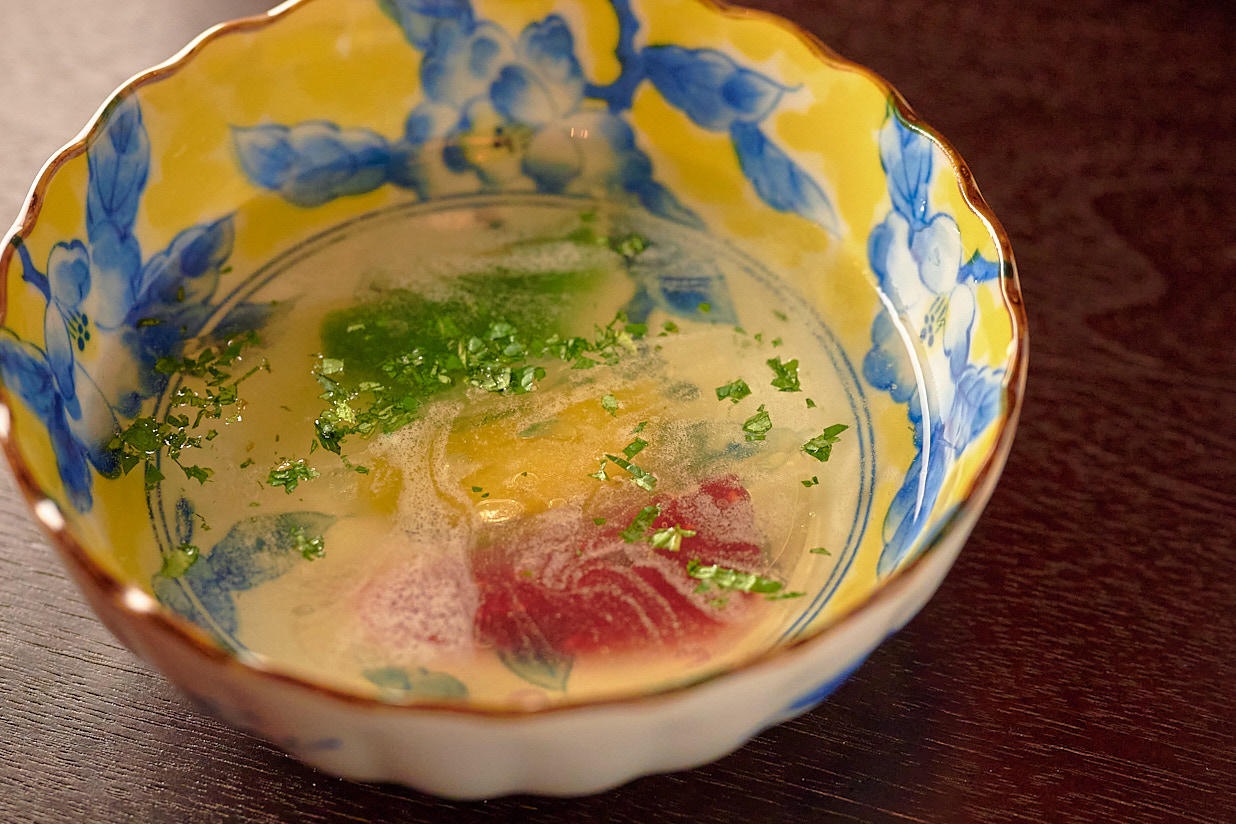 The "Dumpling" -- basically a rum and mint cocktail served in a small bowl, with a few small "dumplings" containing fruit puree and basil paste, 88rmb. The "Fruity Garden" -- lychee and raspberry ganache and raspberry jam on a chocolate and caramel biscuit with fresh berries, 88rmb. Paired with the Oolong World Cocktail, a lemon and tequila-based drink that only people who love things exceptionally tart will enjoy, 158rmb for both.

Damage: Between 100-200rmb a person, if the focus is on eating xiao chi ("little eats") or those fancy desserts. That goes up to 300-400rmb per person once a couple of cocktails get factored in. Over in the kitchen studio, pastry classes range from 280-400rmb per participant, while cooking classes range from 300-450rmb per person. The average duration for these classes is about two hours. The coffee and cocktail workshops are priced between 250-380rmb per person, with the core set of cocktail-making classes set at 350rmb (for two cocktails during an hour-long session). 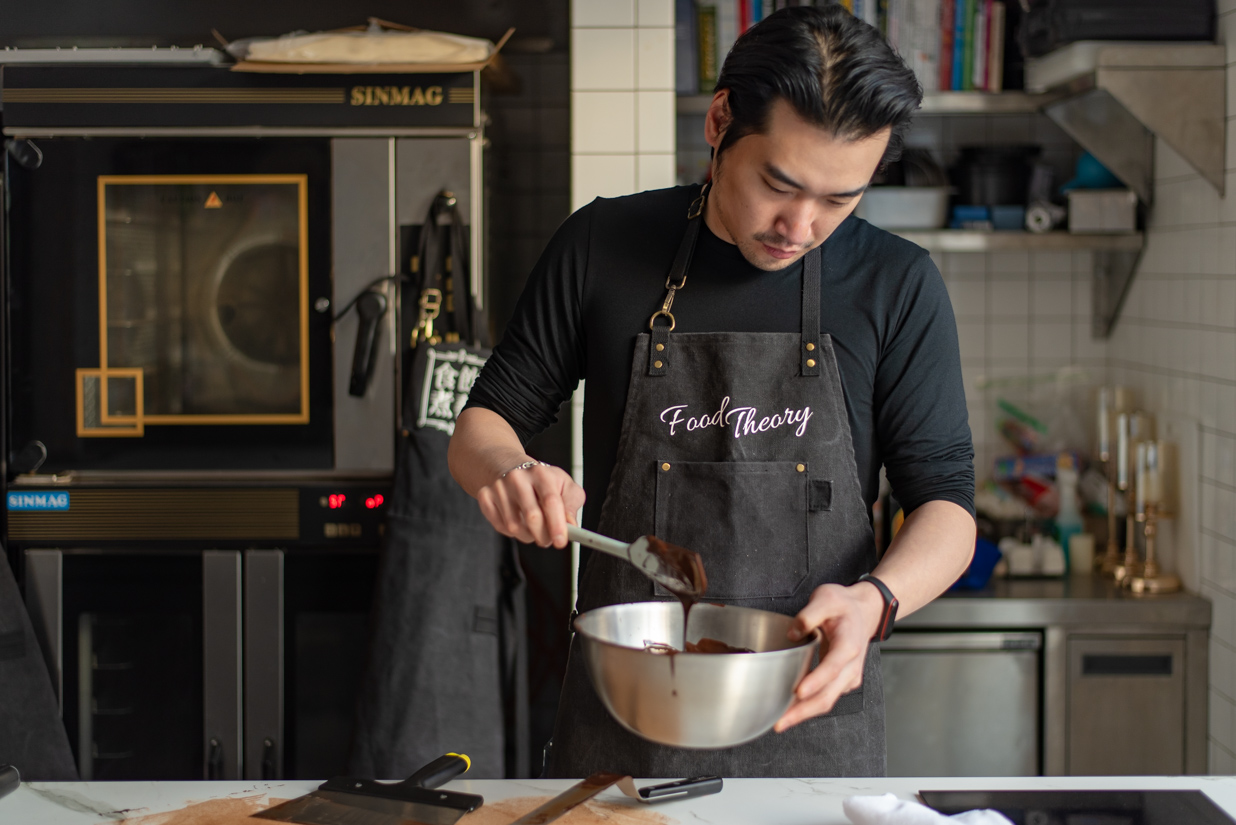 Who's Going: Mostly people who live in the neighborhood, or who come around to check out what's new in Surpass Court. At nighttime, there are usually some young professional types drinking at the bar. It's likely to hear some of them joking around jovially in Hokkien.

As for the classes, they're mainly seeing couples and friends looking for a creative activity to do together, or families (there's a whole section of kids classes in the schedule) and groups of colleagues doing them as a team-building exercise.

There are more than 80 Restaurants serving Taiwanese food within Shanghai, so if interesting in finding where to dine next, click here for SmartShanghai's Taiwanese Kitchen Directory.