By Songbei Zhang - Photos: Angela Leung Dec 1, 2020 2020-12-01 Dining
You know what would improve your cup of joe? How about a bear claw? How about having it served to you by a fluffy anonymous bear claw, from a literal hole in the wall, followed by a pat on the head. Less of a coffeeshop and more of a coffeehole, HINICHIJOU's Yongkang Lu storefront is a grey wall with a hole in it. A small sign hangs beneath the hole with a QR code for the coffee menu. The second weirdest part about HINICHIJOU is that the menu is all in Japanese. The weirdest thing is that your order is delivered to you by a human being wearing a bear costume. But only the arm! 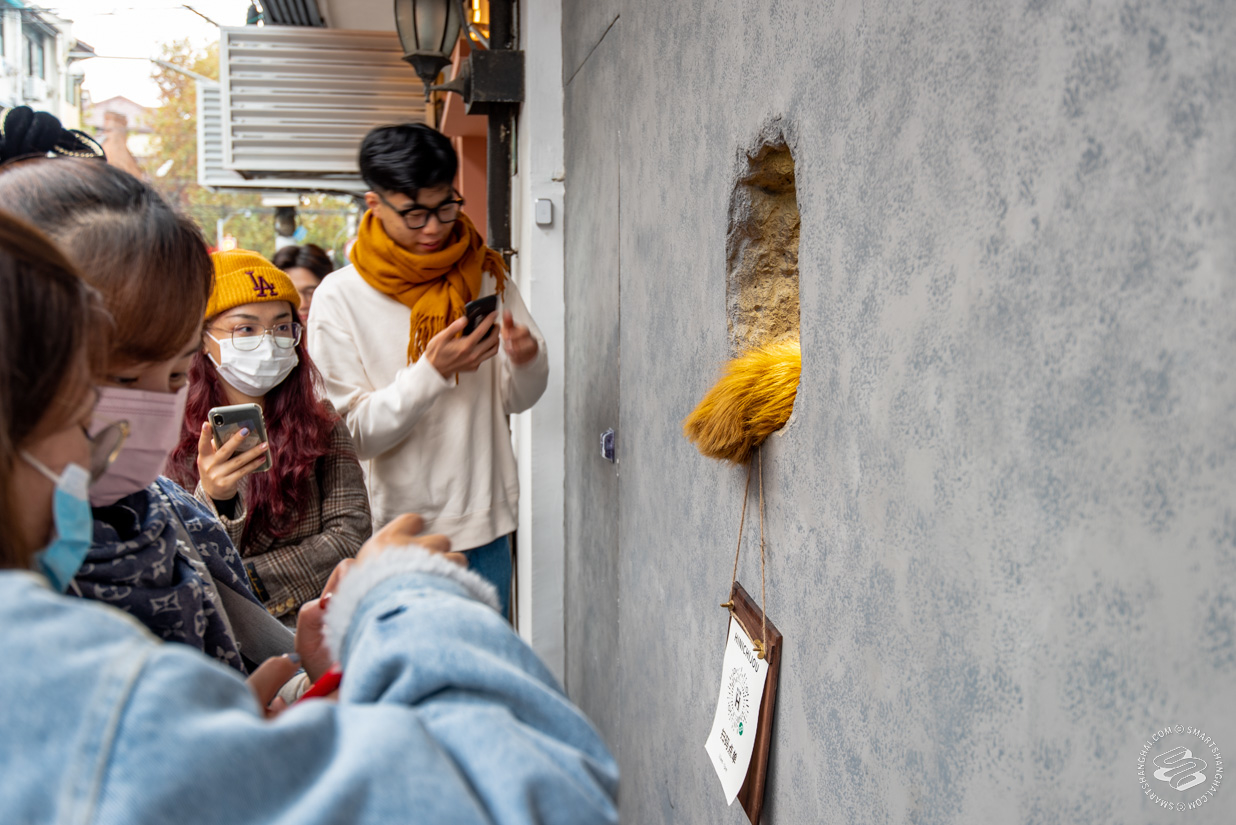 That's it. That's the gimmick.

So obviously it has gone viral. On November 24, data showed that there were 6.9 million people on Douyin following the key word "上海熊爪咖啡 (shanghai bear claw coffee)". 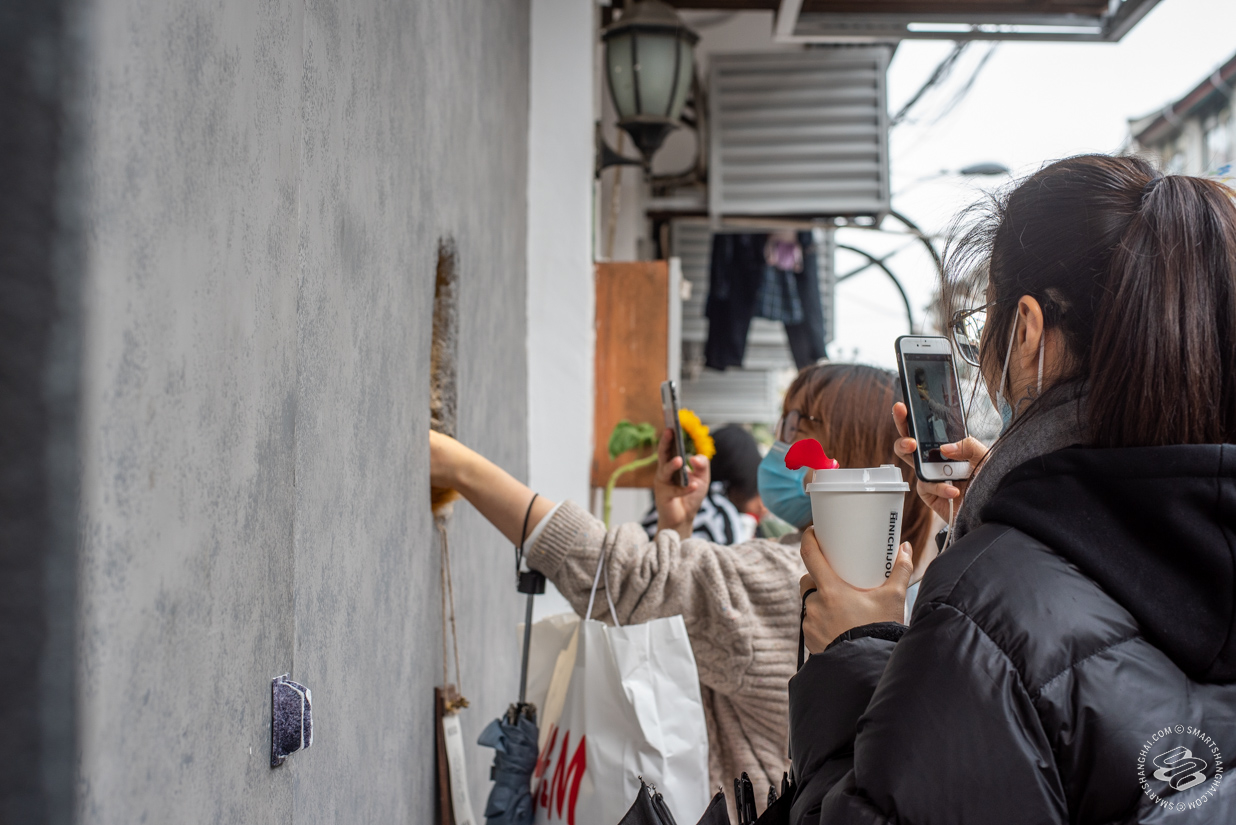 The level of creativity – "creativity" – that business owners pull off for virality is wild. But why a bear? Why not a… I don't know, a kitty, a panda or a rabbit? 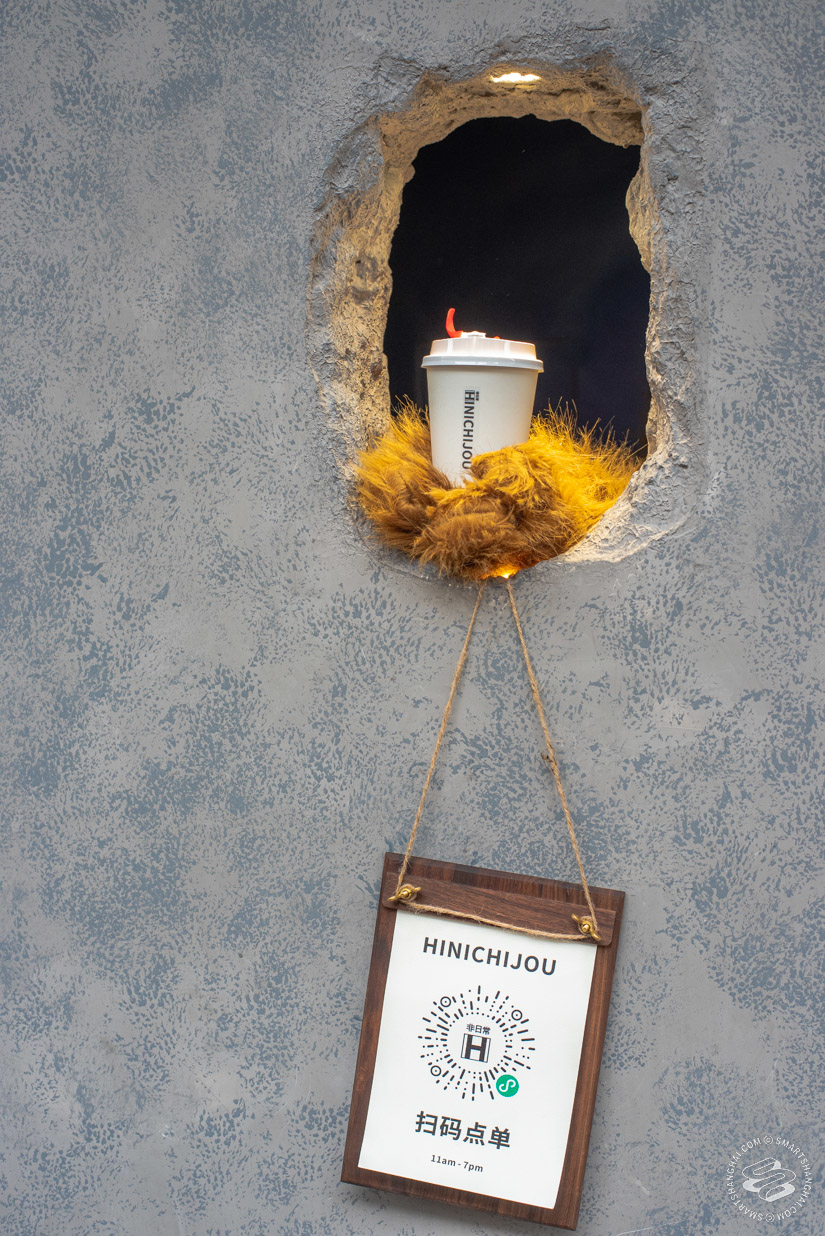 Rumor has it that all of the staff working at HINICHIJOU are hearing impaired, and that the bear claw gimmick was designed to help them interact with customers. We couldn't verify if that's true. We're not sure how working full shifts inside a dark, claustrophobic closet wearing a bear outfit is doing much to improve customer interactions. 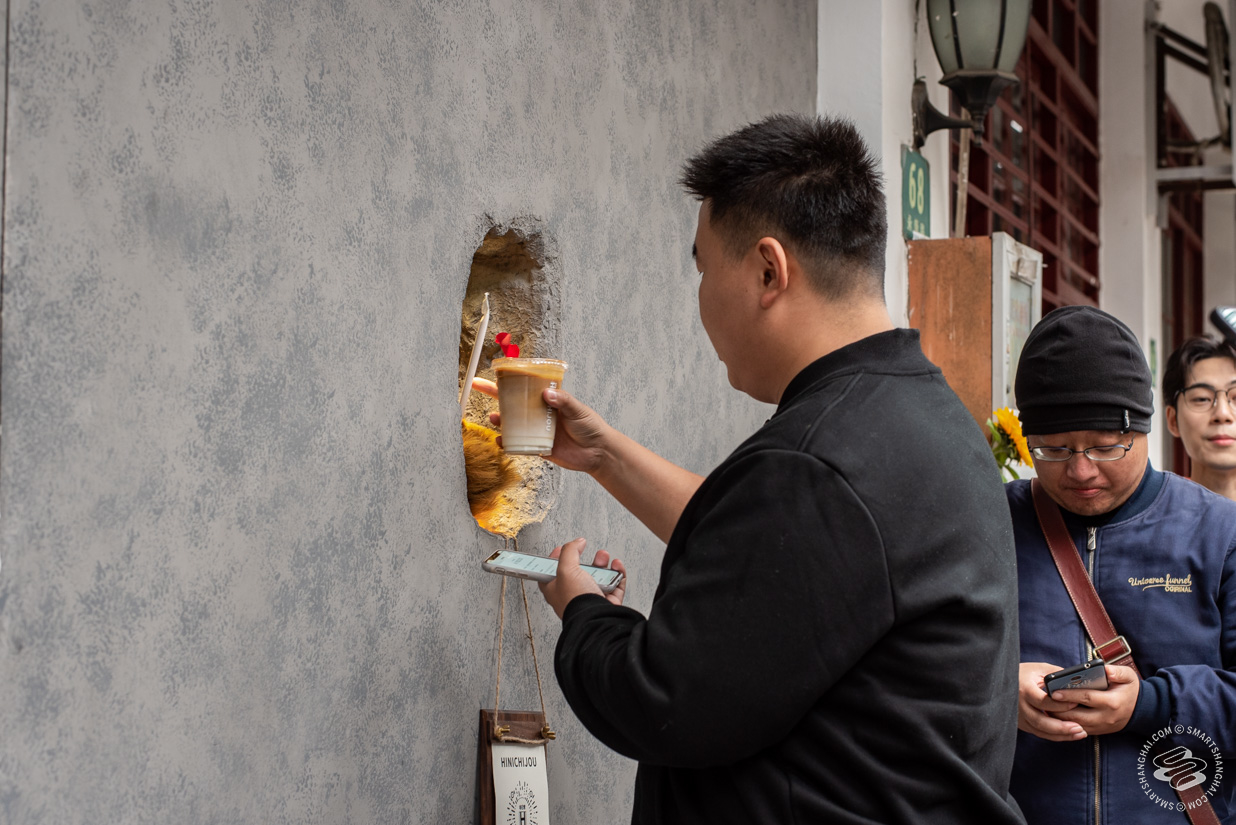 For what it's worth, the coffee is only 20rmb for a latte, and eveyone lining up outside seemed to be enjoying themselves. They giggled to the camera as their friends to snap a shot of them taking the coffee cup from the bear's claw, which made cute hand gestures sometimes for the lucky few.

In the bear claw outfit, it's hard to tell if it's sign-language for "help." 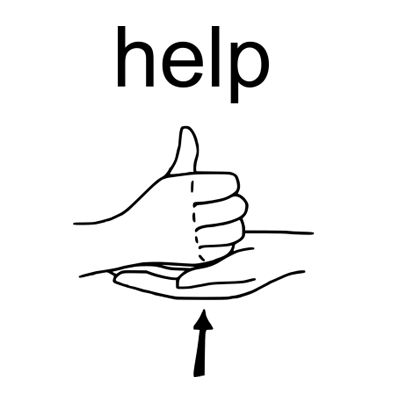