Tim Ho Wan Does Good, Famous Dim Sum. I Don't Like It.

Earnest har gow or corporate hype balloon?
By Christopher St Cavish
2020-10-27 14:00:00
Photos: Brandon McGhee
On The Radar: On the Radar is a SmartShanghai column profiling new restaurants, bars, and other new places you might like to know about. Sometimes we stumble across these venues and sometimes... we are invited. As such, these are our first impressions and not a formal review. 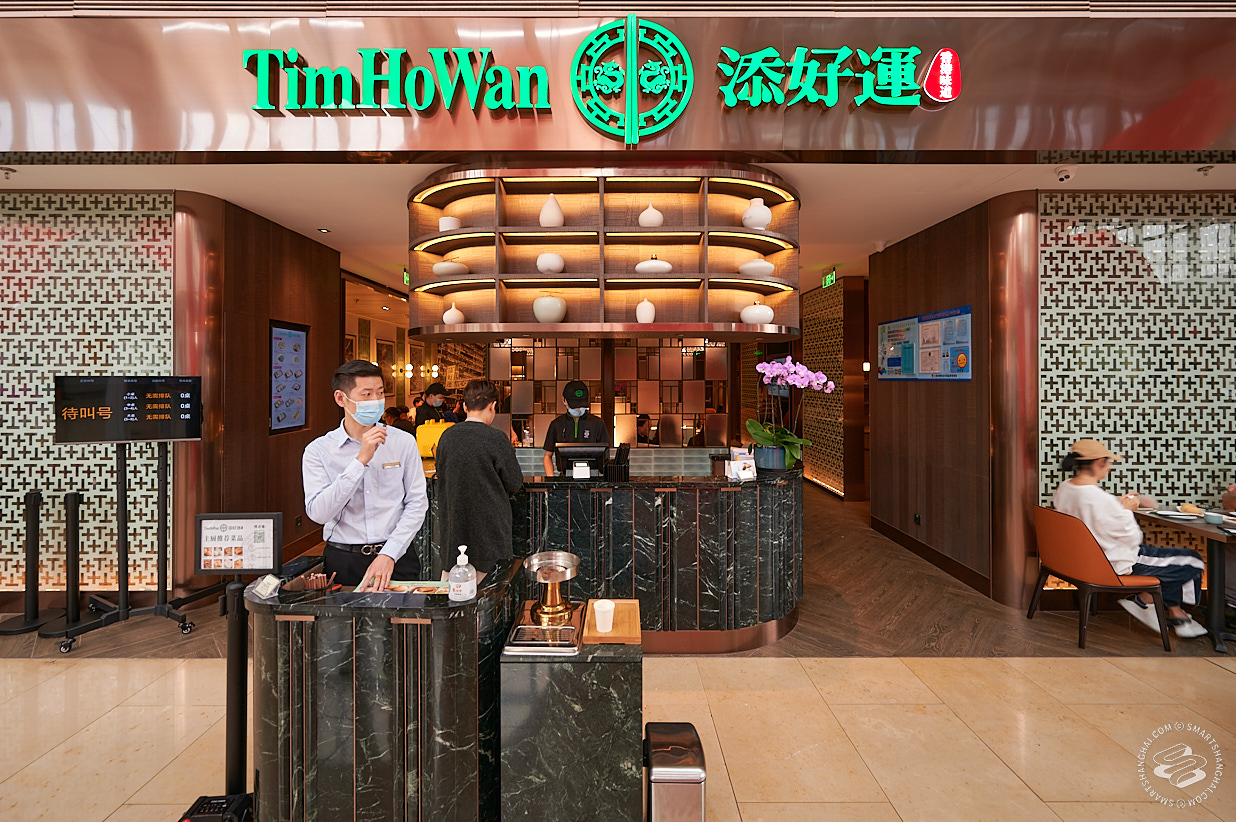 Quick Take:Dim sum with a steamer basket full of hype.

What It Is: Here’s the marketing story: Tim Ho Wan started as a tiny dim sum shop in Hong Kong about a decade ago, run by two chefs who had worked in extremely fancy restaurants. They were democratizing fancy dim sum by making it very inexpensive, cooking for The People, and they were awarded a Michelin Star for their efforts, making them, at the time, the cheapest one-star restaurant in the world.

This guy (below), chef Mak Kwui Pui, is the face of the restaurant. His bio reads like this: his family was in the hospitality industry and when he turned 15, he joined in, learning the craft of dim sum. Eventually, he became the dim sum chef of Lung King Heen at the Four Seasons Hotel in Hong Kong, which has three Michelin stars. After four years there, he and Leung Fai Keung, also a dim sum chef, partnered up to open the first Tim Ho Wan in Kowloon in March 2009. 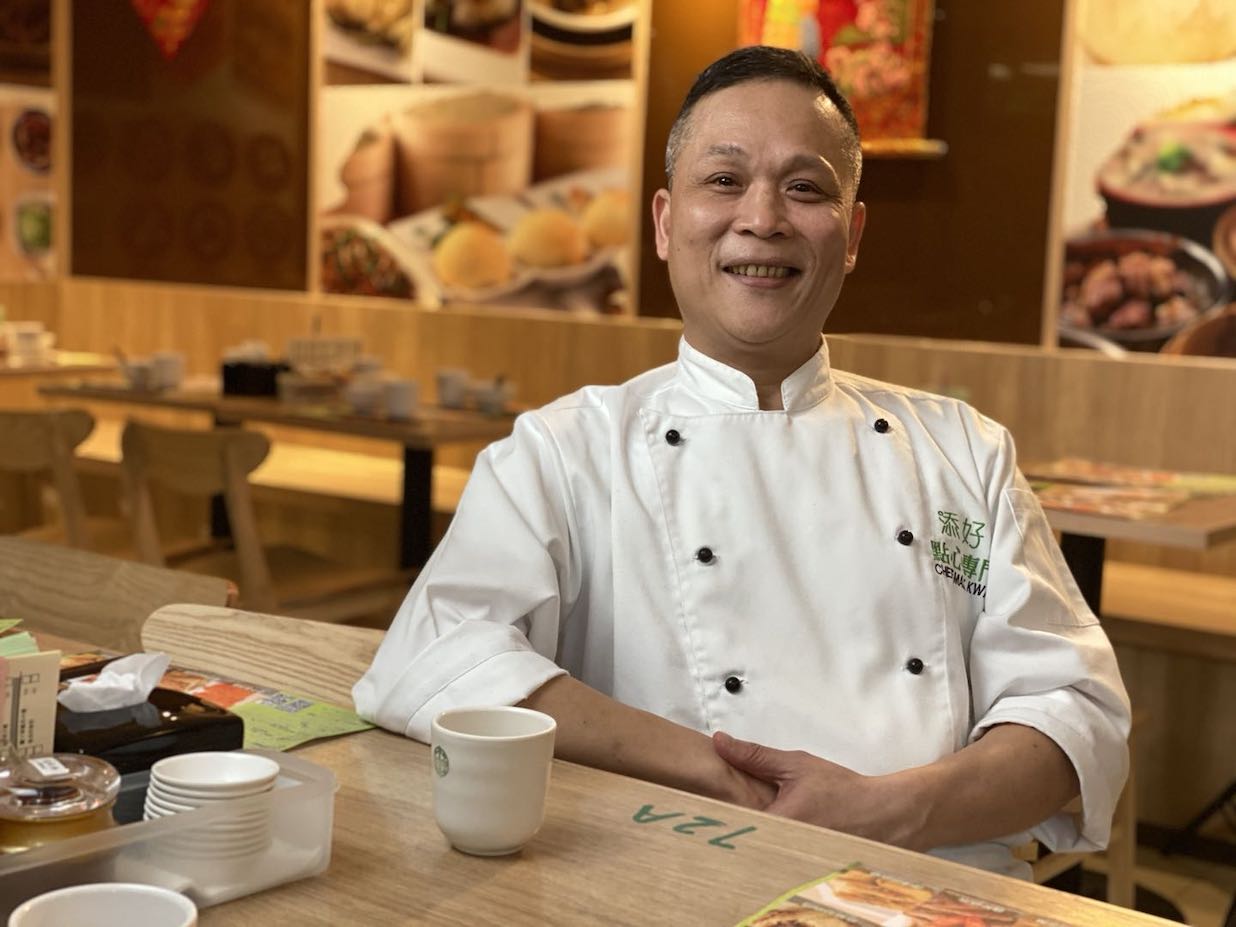 The story you don’t hear is this: Tim Ho Wan is now a global franchise with stores in the US and the backing of the Jollibee Group, a massive restaurant group with more than 5,800 stores across 35 countries. The little success story of Tim Ho Wan, who were fighting The Man by selling cheap har gow, is a little more complicated than it seems; it is now owned by the same company that runs Dunkin’ Donuts and Yonghe King (the soy milk and youtiao shop) in China, and Panda Express and Burger King in the Philippines. It has become The Man. 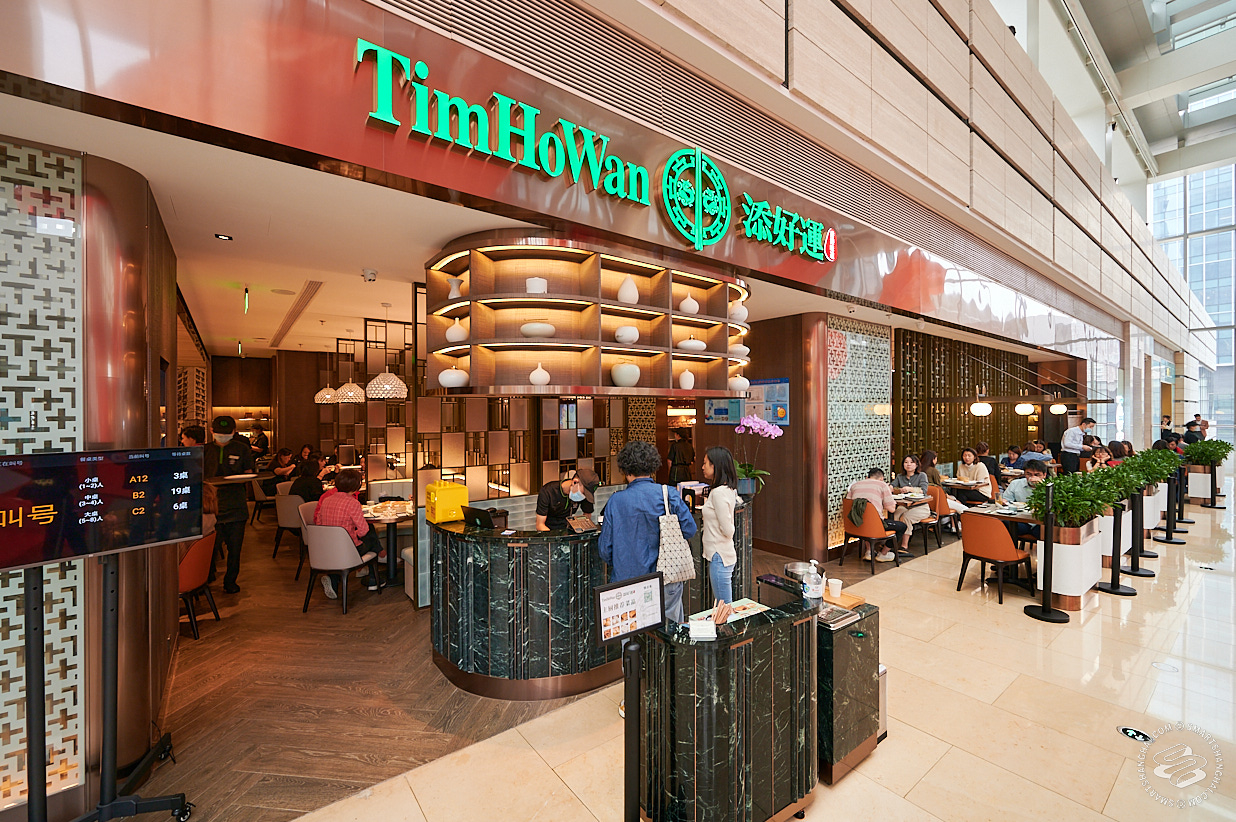 Jollibee just increased their stake to 85% this month, actually, as it pushes into mainland China, where it says it plans 100 stores in the next five years. This store, in Kerry Center, is the very first. If that big plan is actually realized, Tim Ho Wan will be like the Tim Horton’s of dim sum.

First Impressions: There is a lot of hype surrounding this opening. A lot. Really a lot. Lunchtime crowds are impressive, with the restaurant churning through tables with remarkable efficiency. It is a well-oiled machine already and it’s only been open a month. I waited 45 minutes for a table for my group of five people though smaller tables got in faster.

The verdict: This is workaday dim sum. It’s good. It’s good. It’s good for the price, which is cheap. Dianping puts the average at 101rmb; we paid 120rmb each with a heavy hand on the ordering. There is nothing wrong with the food. The pineapple-crust char siu buns were nice, as were steamed beef balls with bean curd skin and the shrimp dumplings, each one wrapped around two whole, bouncy shrimp. 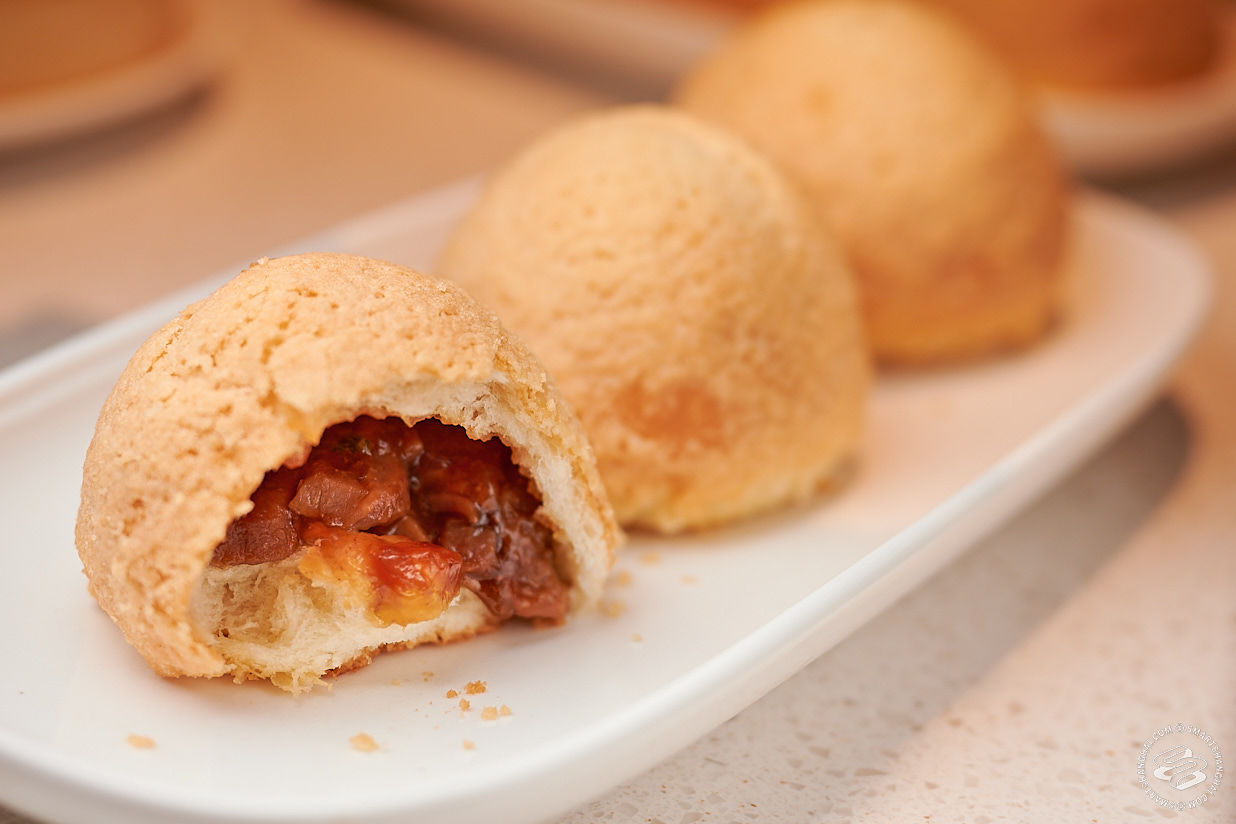 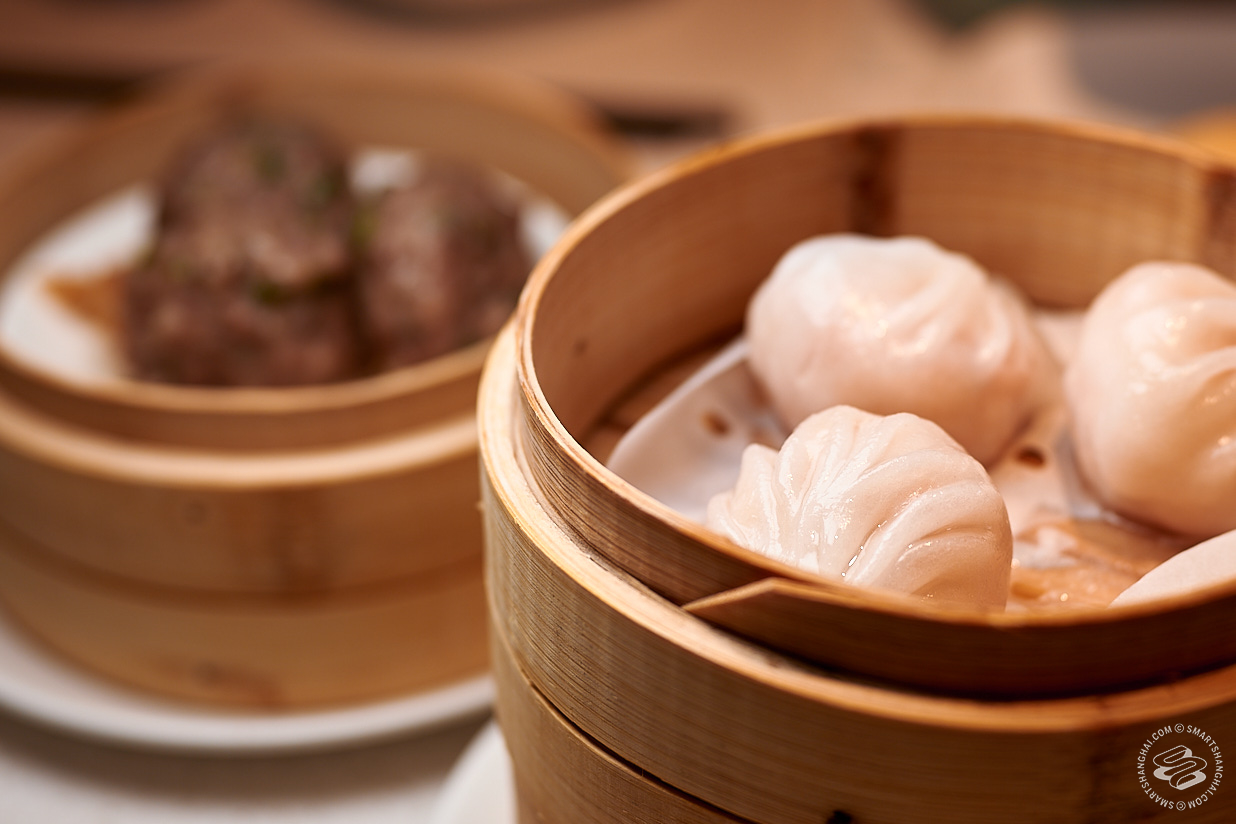 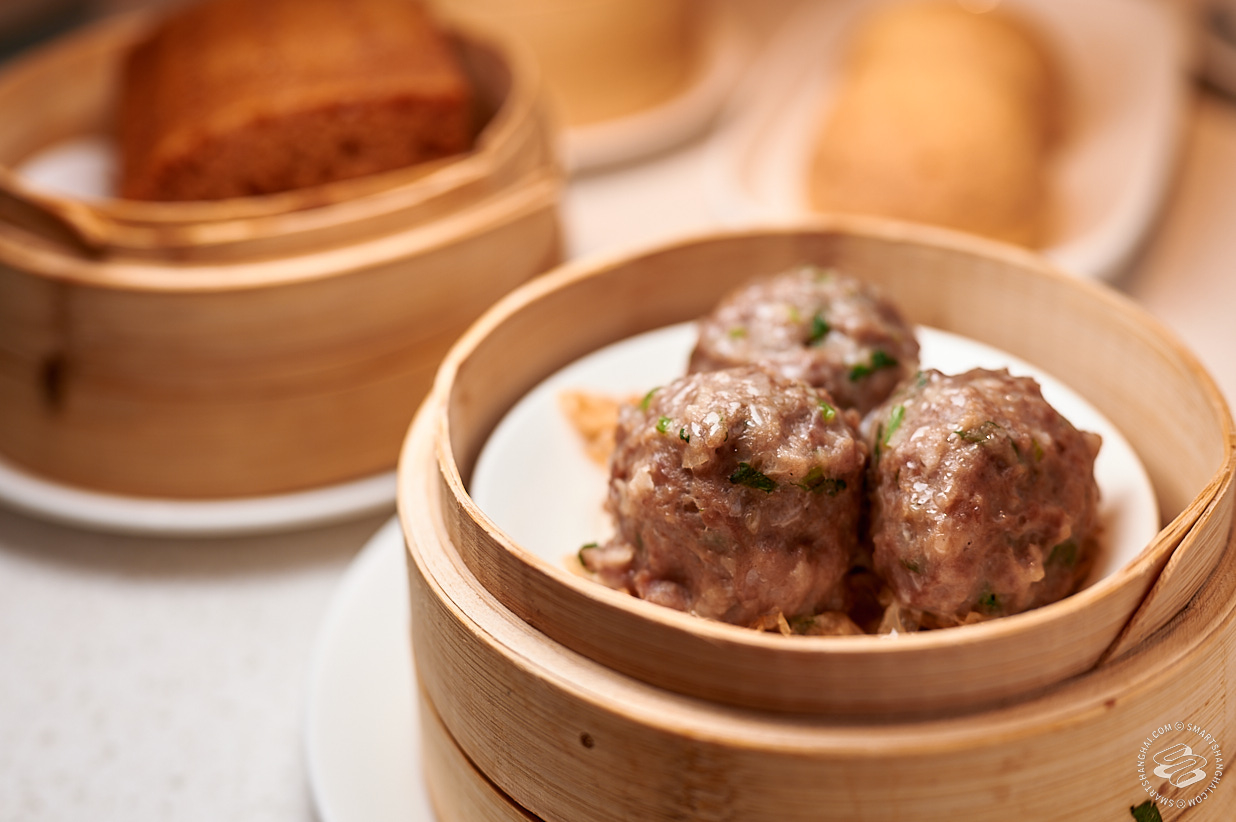 One argument for Tim Ho Wan is that it's supposed to represent great value. I disagree. For about twice the price — 200rmb or so — you have options like Seventh Son and Lei Garden, which are way more than twice as good as Tim Ho Wan. Spend a little more, get a lot better.

It wasn’t until after we ate — and I enjoyed it as a Tuesday lunch with friends — that I was reading about the corporate structure and Jollibee’s involvement that I started to have second thoughts.

I have a reflexive skepticism towards massive food groups selling inexpensive food (even if I eat it on occasion) and the dissonance between Tim Ho Wan’s underdog image and its corporate reality left a bad taste in my mouth.

Eventually I was able to put my finger on it: this is star-washing. The original Tim Ho Wan in Sham Shui Po does indeed have a Michelin star, and has for many years. That’s great. But it’s only for that store. That’s how Michelin works. Even the other Hong Kong stores — North Point, Tai Kok Tsui — don’t have stars. They don’t travel.

So when the Tim Ho Wan marketing machine (now powered by Jollibee in Asia-Pacific) emphasizes the Michelin connection of the first restaurant, and newspapers refer to it as a “Michelin star restaurant chain” and even the chef’s bio talks about a “1 Michelin-starred brand”, it’s dishonest. It’s engineered to draw the crowds that are now forming on Kerry Center's fourth floor, blindly drawn by the security that a tire company star is supposed to confer.

This is not limited to Tim Ho Wan, to be clear. Many restaurants, from fine dining temples (I will not name names, ahem, the Bund) to casual regional Chinese places, have used a single location's Michelin star or stars to boost the reputation of a chain. Tim Ho Wan is only in my crosshairs because it's the latest restaurant to do so, and it's aggressive in its star-washing. 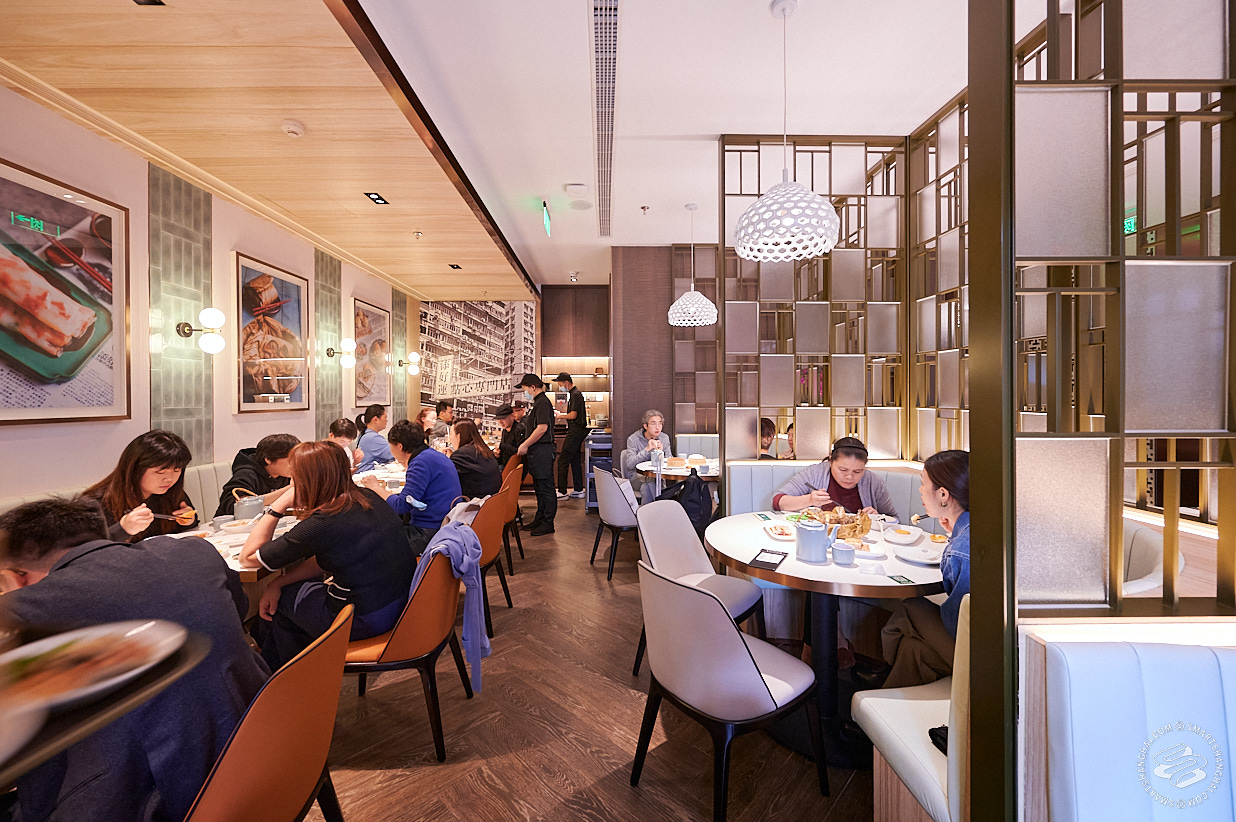 This, of course, has nothing to do with the food. Tim Ho Wan may very well keep its integrity even as a chain, cooking in a way that chef Mak would still approve of. It doesn’t have to mean they are another Bi Feng Tang, with soulless frozen dim sum.

But eating is about more than food. It’s about expectations and psychology and mood and value systems and a thousand other things. I don’t subscribe to the binary argument that big and corporate is always bad (I’ve been an embarrassingly frequent customer of Jollibee already this year, buying dozens of Dunkin Donuts for the office) and small and handmade is always good. 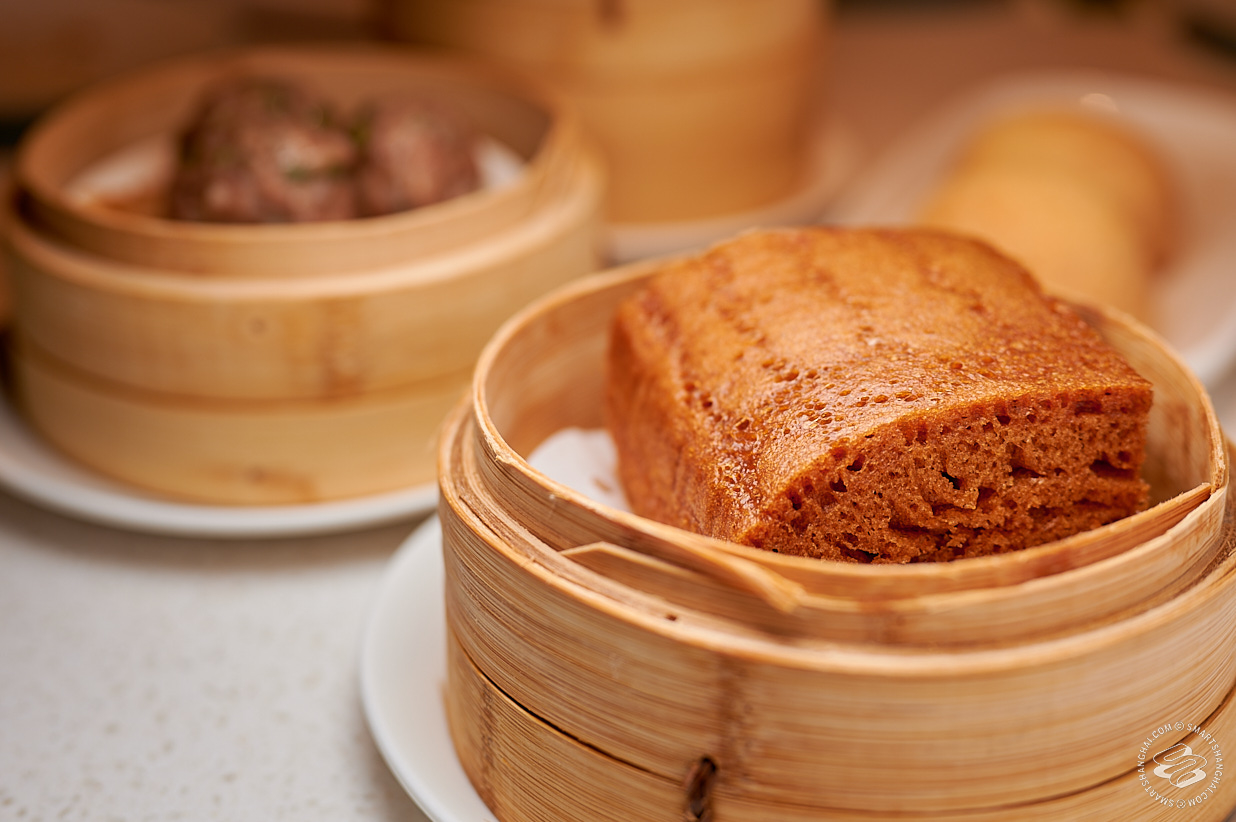 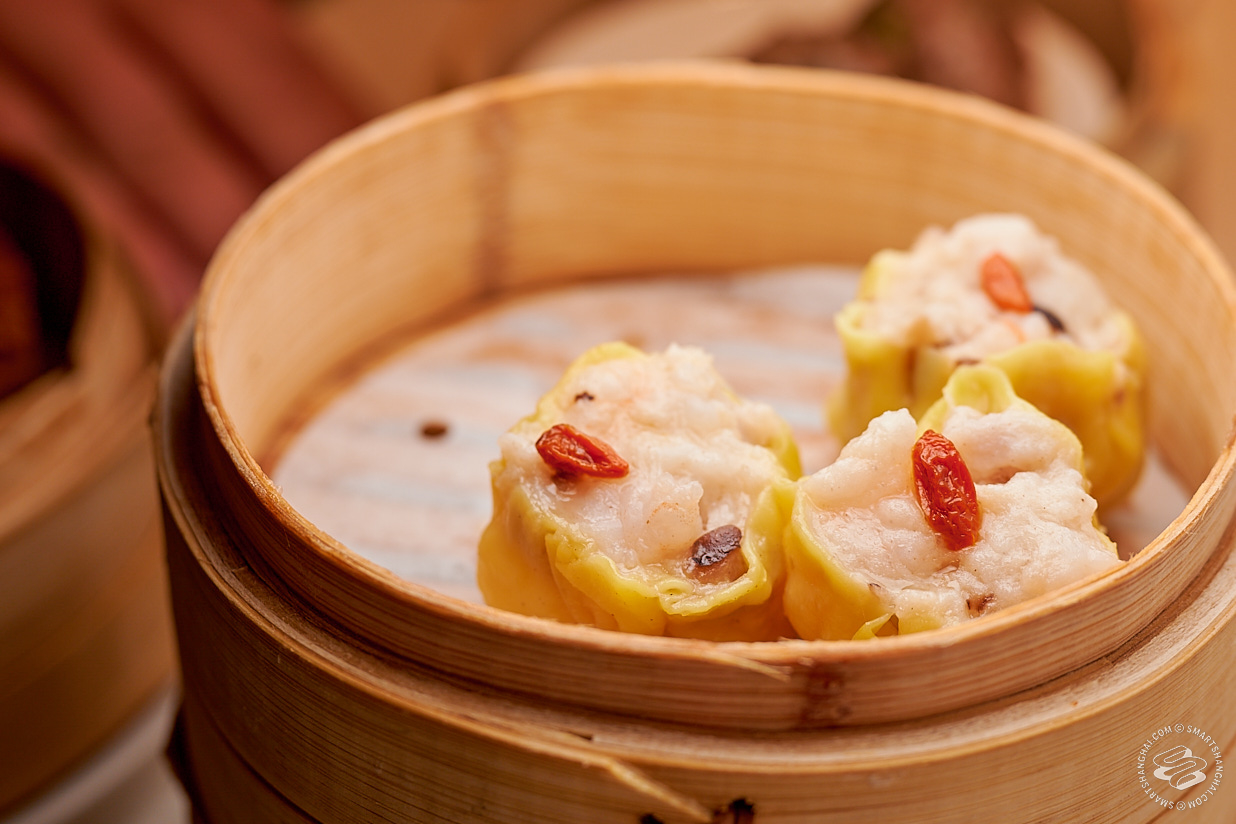 Still, in this case, the hype around Tim Ho Wan doesn’t square with the perfectly acceptable but far-from-a-star quality of the shrimp dumplings, baked BBQ pork buns and sticky rice steamed in a lotus leaf. This is corporate, standardized, SOP’ed, franchised cooking. For what it is, it’s not bad. Good, even.