We Asked Animal Rescue Groups Where to Groom Pets. They Picked Two Shops.

You think it’s hot? Imagine being covered head to tail in fur with minuscule sweat glands. Must be unbearable.

But wait just a second before shaving your fluffy pooch; some breeds with multiple coats of fur shouldn’t have a haircut. Trimming could give them skin conditions and even make the skin hotter. Instead, it’s recommended to go on walks when the sun isn’t on full blast in the early morning or late evening with water in tow to help them cool off. Which breed would benefit from a buzzcut and which wouldn't is the sort of information a responsible pet groomer will tell you.

To filter out the very best pet groomers, we consulted several people who, you could say, are pet professionals. They deal with hundreds of animals a year through their adoption and rescue work, and have more experience than the average pet owner.

They came back with two overwhelming favorites, with many of them recommending the same two shops over and over again.

Think Adoption (TA) is a pet adoption and rescue organization started by Chris Lau in 2011. They partner with shops to house dogs and cats for adoption. They also created a stray animal rescuer platform on WeChat (WeChat id: TA-Shanghai) that advocates a trap-neuter-release (TNR) program and provides neuter vouchers at vets.

Eleventh Hour Rescues started with a group of five hobby rescuers in 2018. They educate other novice rescuers on TNR and self-funding for vet tests. Eleventh Hour isn’t limited to cats and dogs — they’ve also rescued pigs and rabbits.

Spare Leash is a pet sitting business started in 2016 by Erin Leigh. The company uses its platform and network to help cats and dogs find foster and adopted homes. Spare Leash partners with rescue and adoption organizations to hold events and set up booths at summer markets. 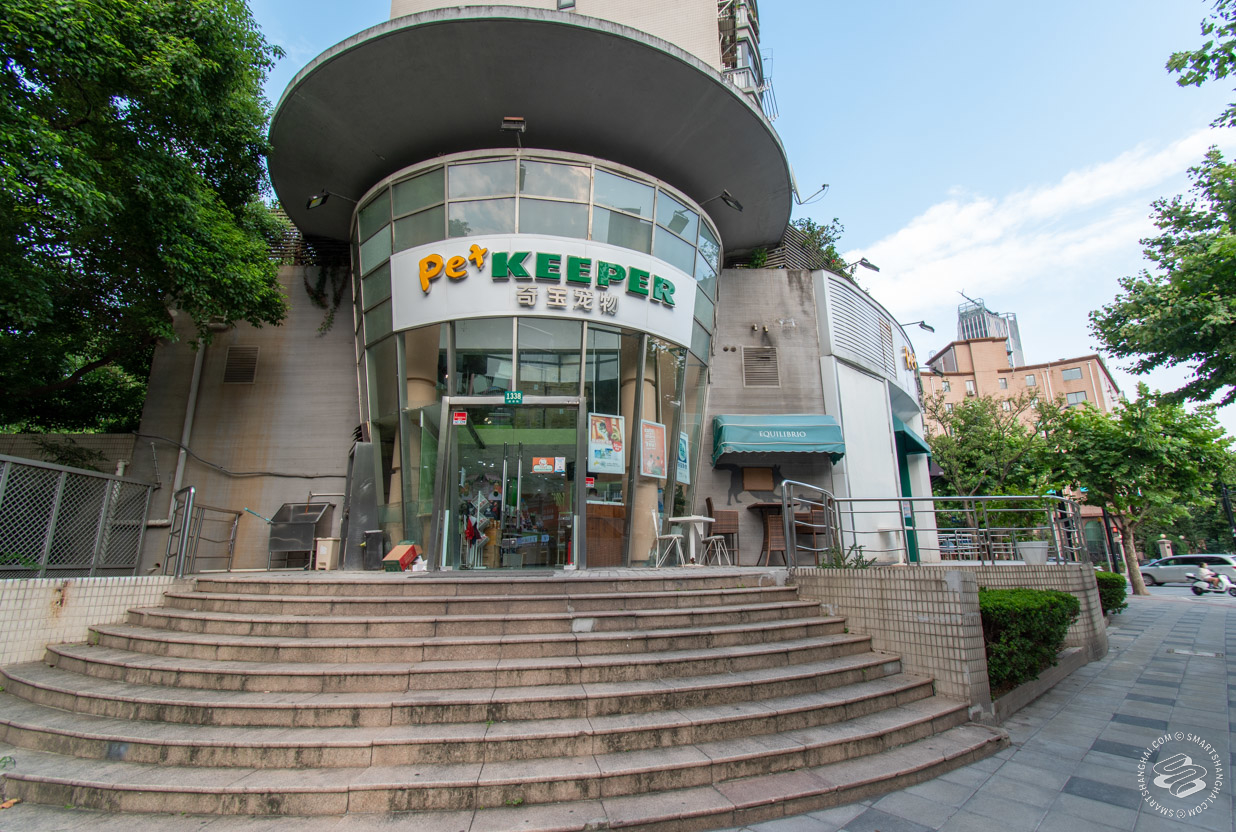 Leigh of Spare Leash showers praise on Pet Keeper, near Donghua University, and owner Albert Tsui. The Eleventh Hour community also recommended we visit. Leigh lauds Pet Keeper’s responsible and experienced groomers who will actually deny a request to trim if it isn’t suitable. The hot summers don’t require special attention according to Tsui; cutting a pet’s hair shorter doesn’t actually alleviate heat but does make it easier to comb. 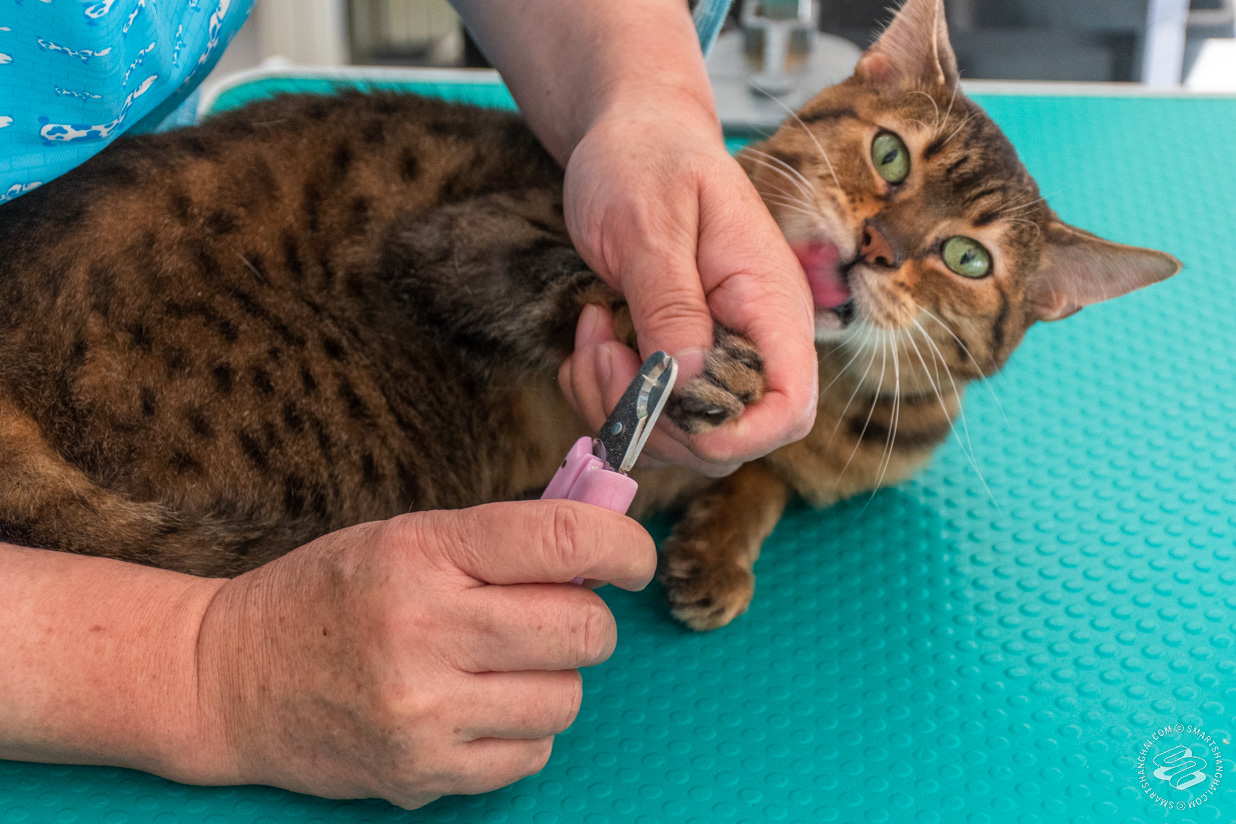 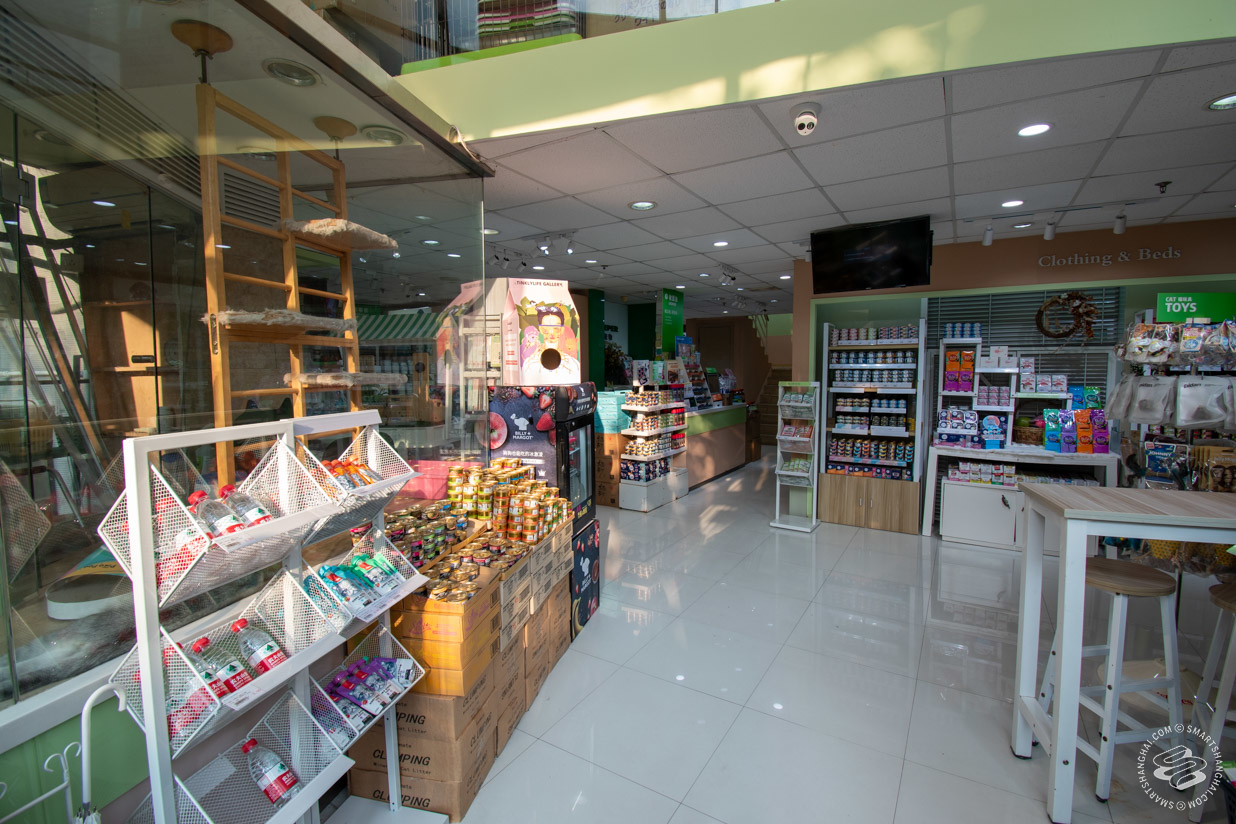 Albert is from Hong Kong and speaks English and Mandarin. He says his groomers have an average of ten years of experience and spend more time than usual to make sure they don’t rush and cut an animal. 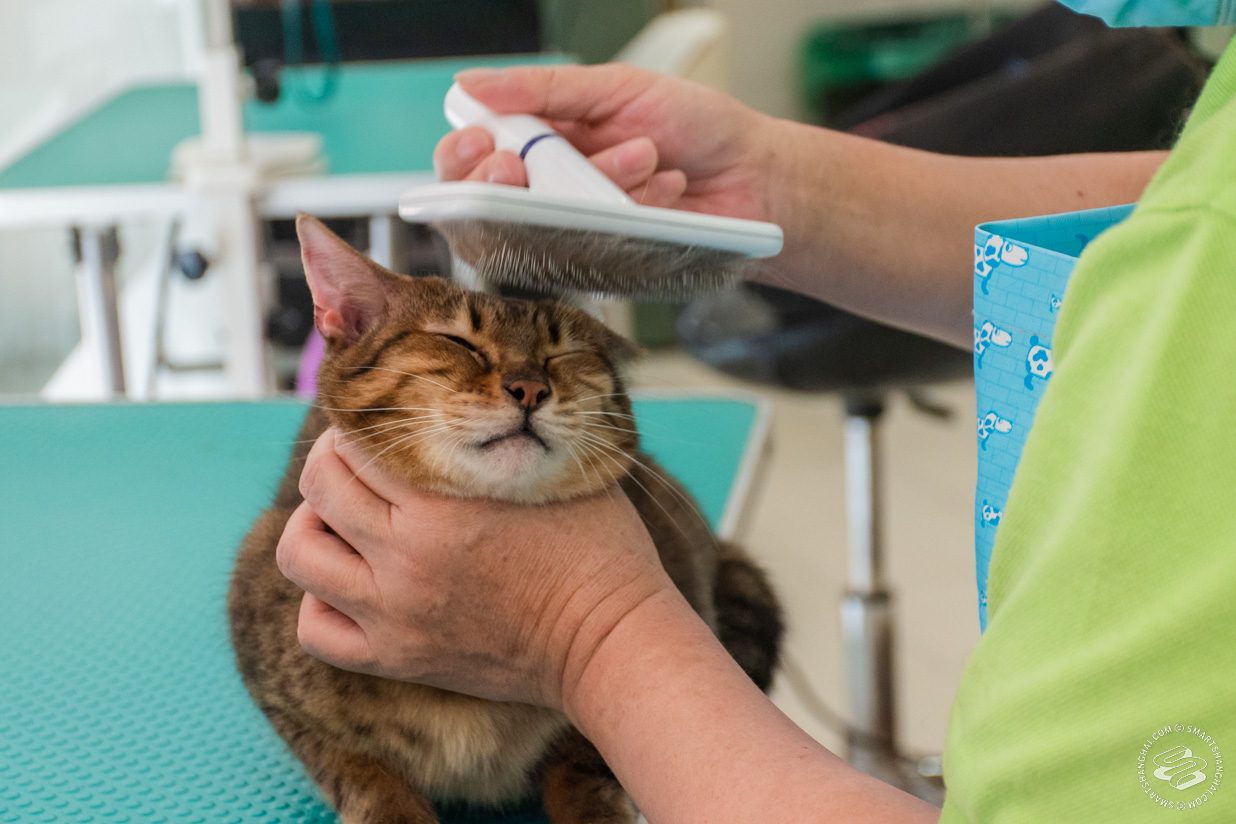 The first floor is like a bright health food store holding about 2,000 different products from cat and dog food to backpack carriages, toys, leashes, ointments and toothbrushes. You can also order from Pet Keeper’s WeChat Official Account (WeChat ID: petkeeperfinefood).

Tsui has been at this for 18 years. If you have questions, he can answer them. He sees part of his job as helping to educate inexperienced pet owners. 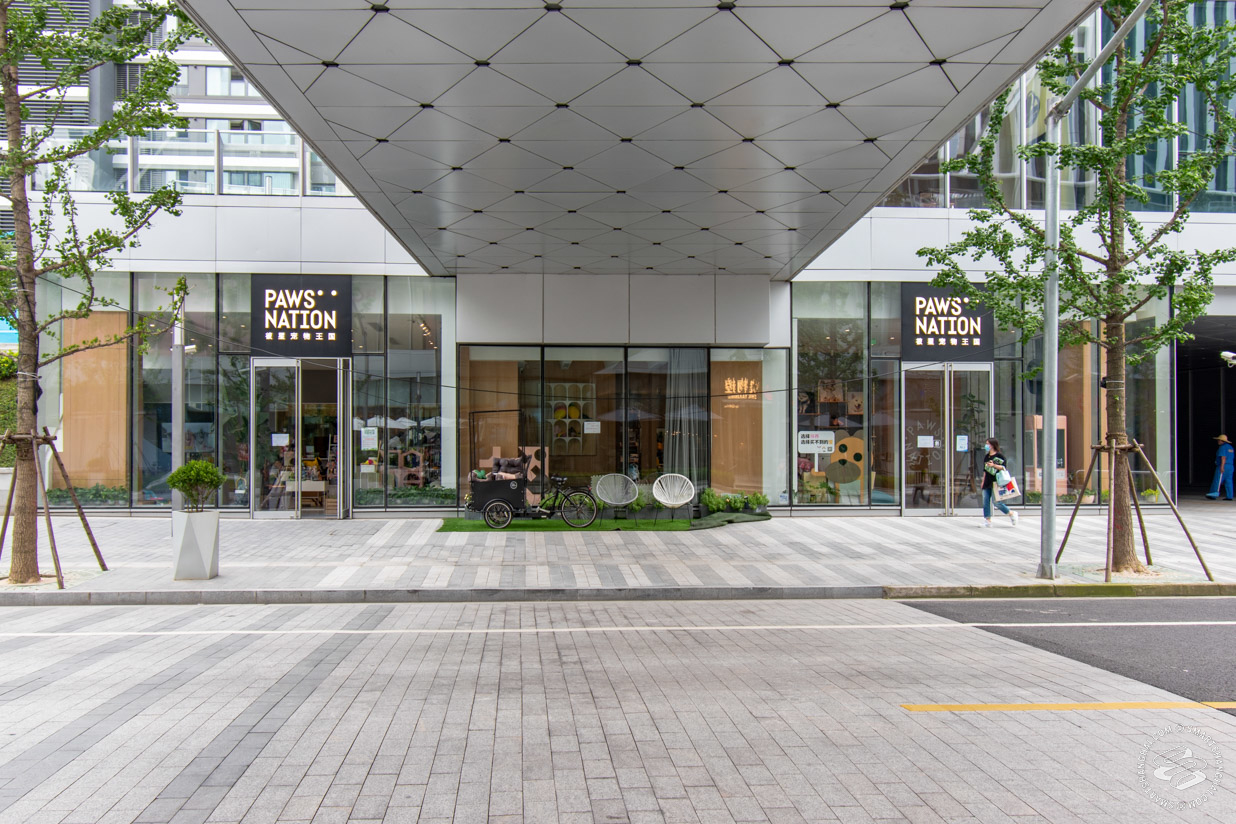 Chris Lau of Think Adoption strongly recommended Paws Nation, as did members of the Eleventh Hour community. Lau calls it posh — the Lane Crawford for pets. The shop, near Wellington College in Pudong, lives up to the fashionable comparison. 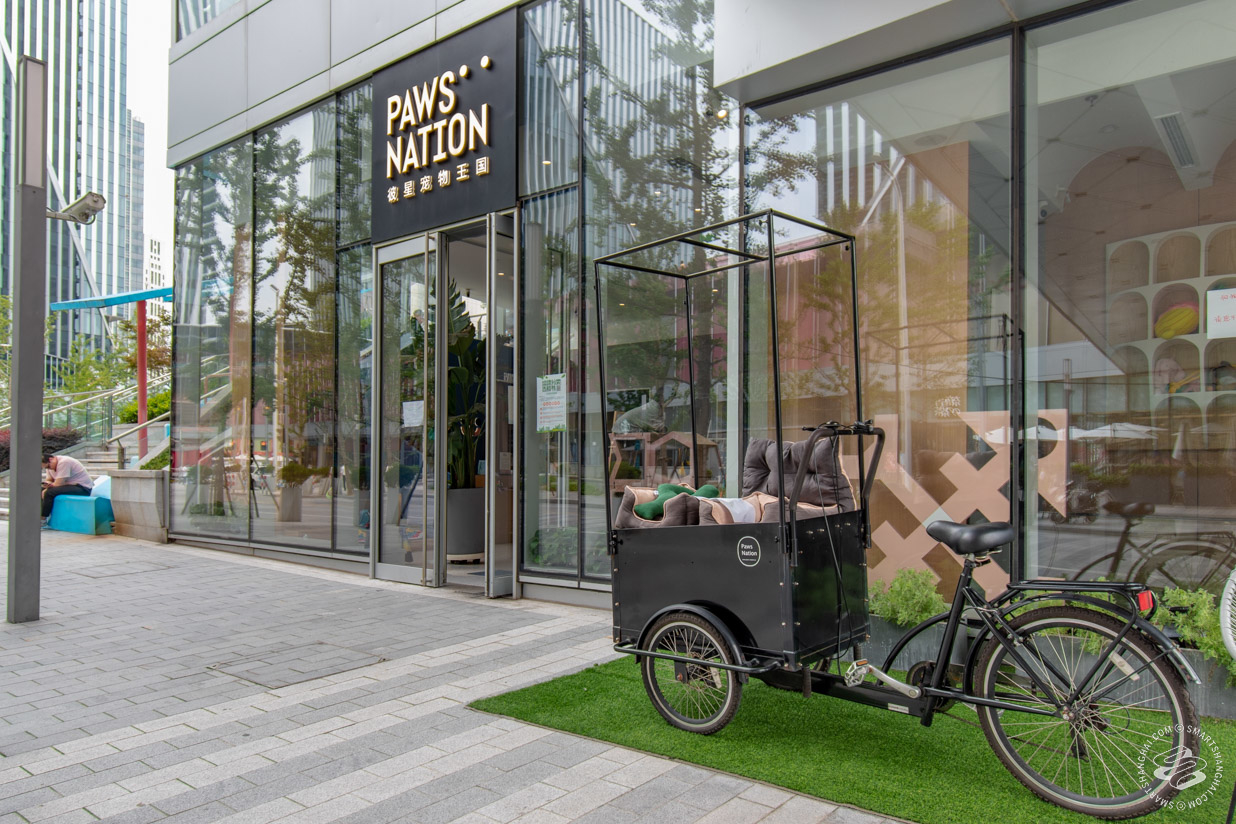 Owners Lori Shen and Leonie Zhang previously lived abroad. Zhang was in luxury brand management and it shows, with a store full of pet accessories under their own brand (designed by Shen). 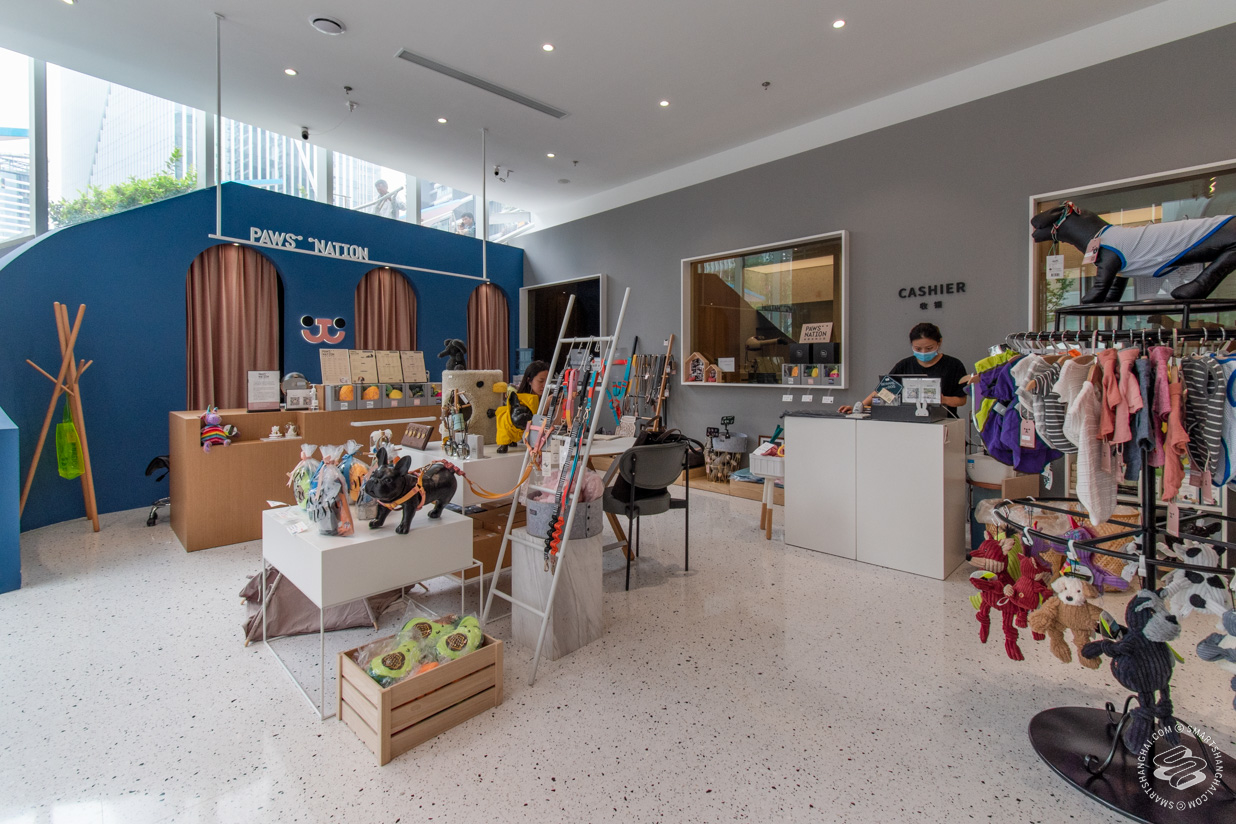 The bathtubs are made of white tiles instead of steel, to avoid any anxieties pets may have with hospitals, and a one-way mirror lets owners see in but blocks the pets from seeing their owner and getting excited (raising the chance they might get nicked). According to Zhang, dogs should get bathed every two weeks and cats every six months. 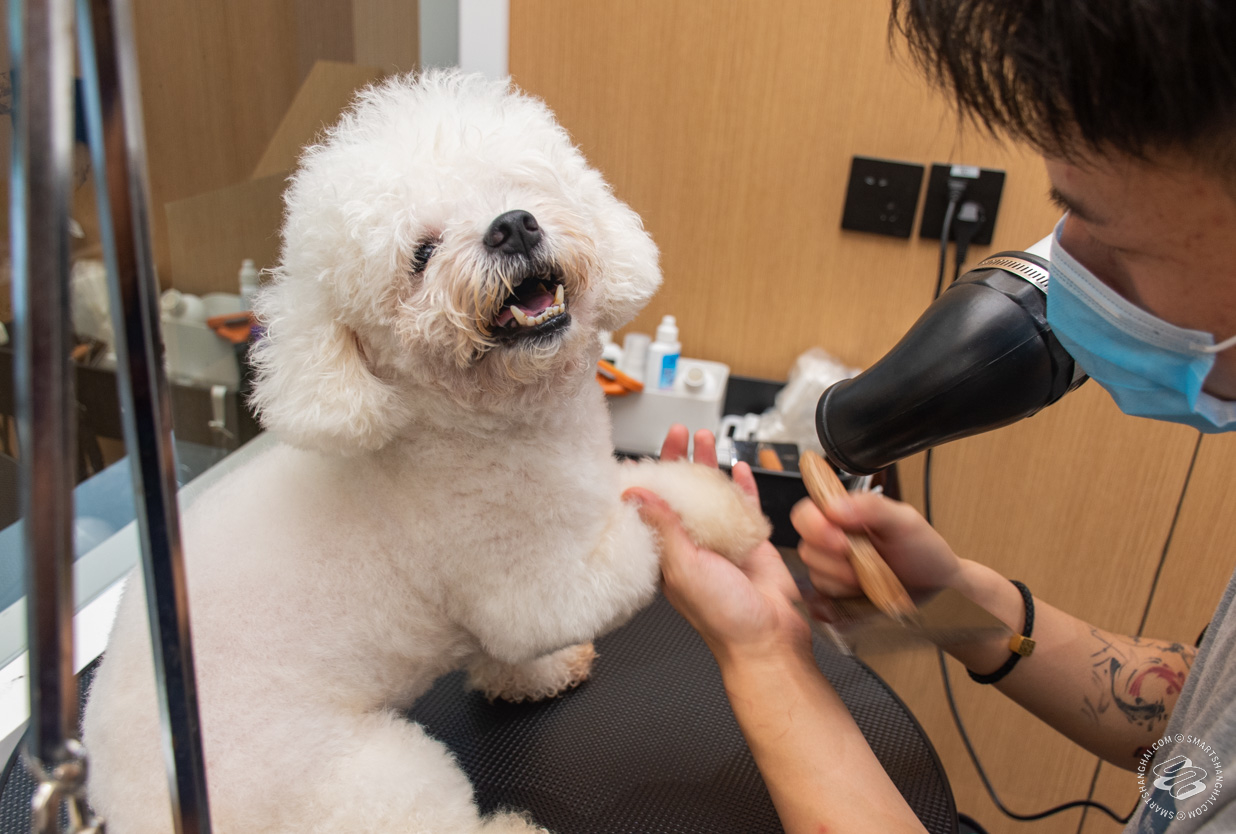 When we went, the place was immaculate, with not even a whiff of that wet pet smell. Zhang makes it her mission to keep it that way. In addition to the retail floor and grooming area, Paws Nation has a pet hotel and a special cat adoption area where they house cats from Think Adoption. So far, five have found new homes. 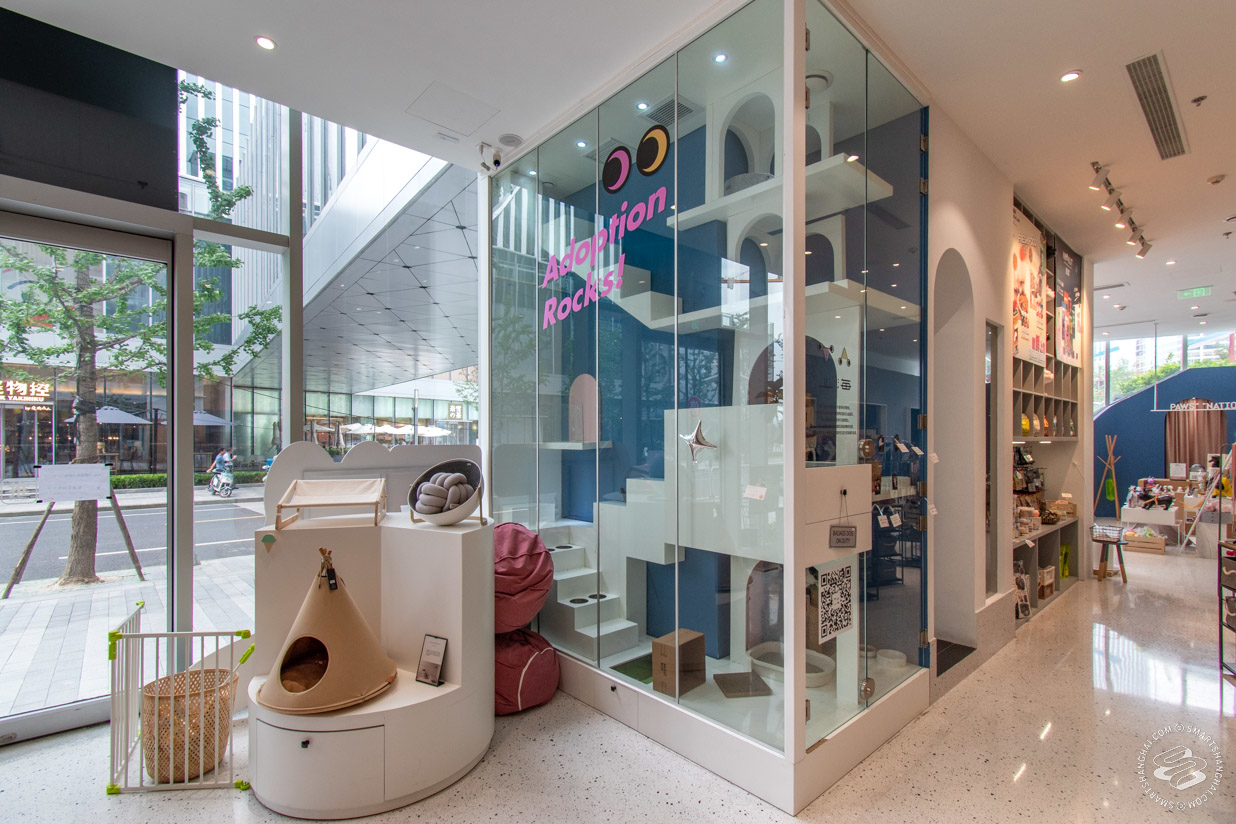 Like the groomers but need a pet? See dogs and cats up for adoption ONLY (no sales, ever) right here on SmartShanghai.