BURGER ALERT: Five Guys Opens This Monday at 11am

Google, what is Five Guys Burger Shanghai? It's the American Fast Food diner that lets you put up to 15 toppings on a burger for FREE opening 2021 across from IAPM mall.
By Jacob Aldaco
2021-04-23 23:00:00
Ugh. Homeslice pizza for lunch, Five Guys Burgers for dinner. 2021 New Years Resolutions? #CANCELLED.

We ventured over to the grand unveiling. Coke (Cola) was flowing, fries were frying, burgers were flipping, and various media were arranging huge trial orders, as you'd see in a mukbang video.

We won't get into their history; someone else will cover that when we do a proper Radar—just going to pop a few tidbits here. 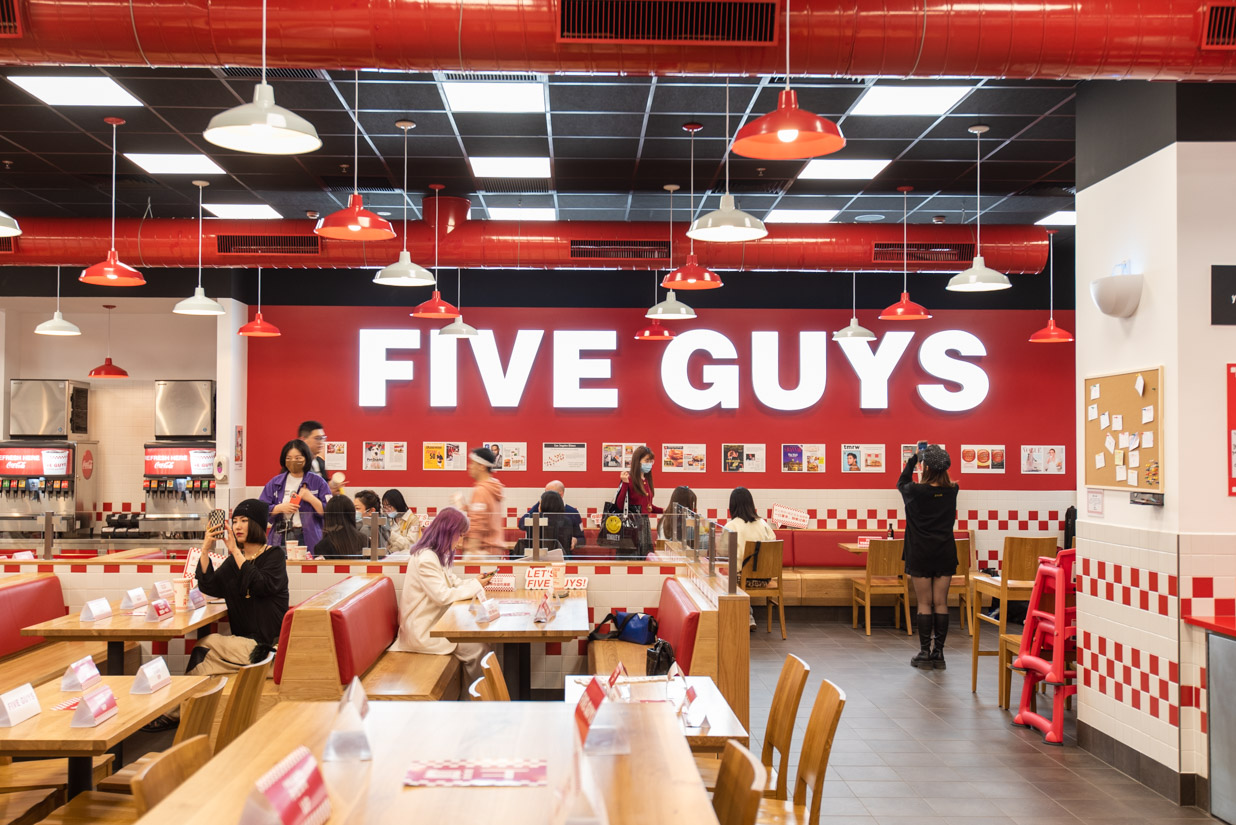 First, their burgers. On the menu they have two columns of burgers denoting a "regular" and "little" version. You might think the "little" version is for kids, but it just means that it's a single patty burger, the 'regular' is double. The beef is not frozen when it hits the grill. Instead, patties are formed one day before, after spending another 24hours defrosting in a Traulsen temperate fridge. They highlight this as a way to make the patties taste more fresh. Ron Swanson would probably approve. 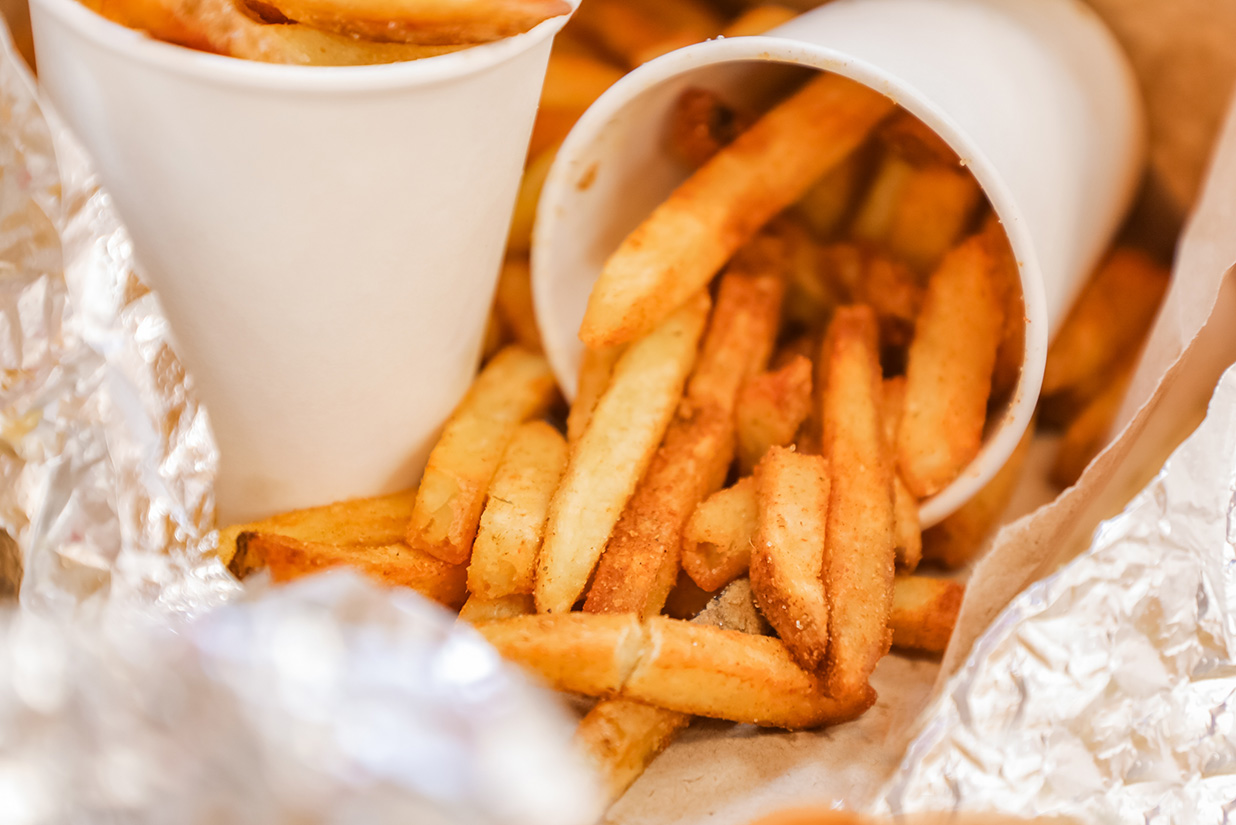 Second, no other place in Shanghai comes close to the level of customization they allow on their burgers. You can choose up to fifteen toppings to add to your burger, hot dog, or sandwich for free. Here's what you can opt for to create your frankenburger:

Those of you who hate making decisions, there is a standard five guys formula called "ALL THE WAY" which pre-loads your burger with all the starred* items above. 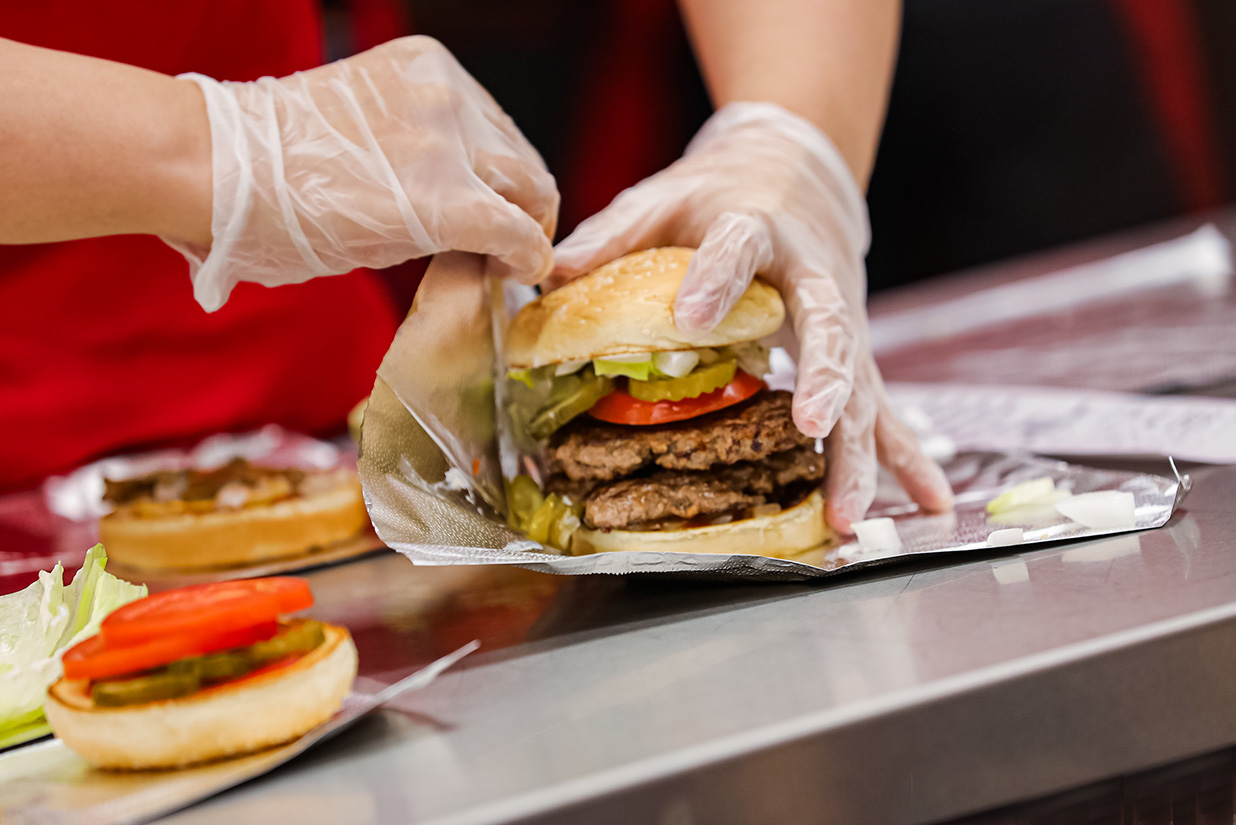 Third The fries. People rave about the fries. They are fried in peanut oil which doesn't leave a heavy taste, and they are decently crispy. You can get them with cajun seasoning. Also, the large size (52 RMB) is... a lot of fries. 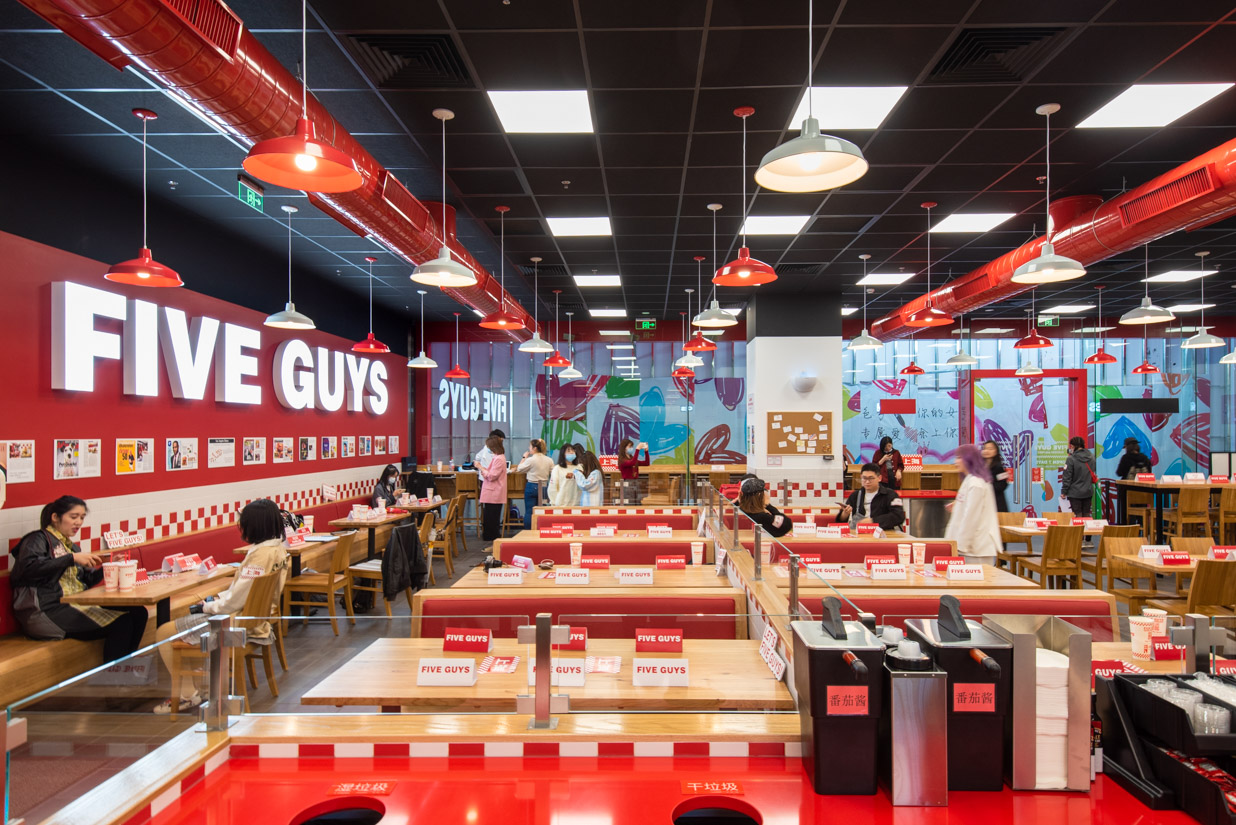 Fourth Their milkshakes are supposed to be good. OF COURSE, their dairy devices are STUCK in customs, so no milkshake for you or the boys in the yard until sometime in May. You can add bacon to your milkshakes. Will we add bacon to our milkshakes? "Salted Caramel BACON(!) Milkshake please sir/ma'am."

Fifth Prices are closer to the Shake Shack end of the spectrum than Carl's Jr. Double Burgers range from 60 RMB for a Hamburger to 88 RMB for a Bacon Cheeseburger. 40 RMB and 66 RMB respectively for the "little" (single patty) versions. Milk Shakes are 45 RMB and fries are 32 RMB for 'little' and 52 RMB for 'large'.

The company behind Five Guys in mainland China, Jumbo Five, brings in serious talent to their expansion strategy. CEO Christina Fang was previously VP of Development at Burger King China, so perhaps we'll see a plant-based option in the future? This year, three stores are planned in Shanghai, with the second one launching in Changning. Another five stores next year, and 15-20 within five years in Shanghai, and over 100 in mainland within the next ten years.