The New Jing'an Food Hall with Pizza, Caipirinhas, Ramen, a Bar and More

New locations of Joe's Pizza, Boteco, Heat, Xibo, Zeitgeist and pop-up Curry Gaeng!
By Alex Panayotopoulos
2020-11-11 12:00:00
Photos: Brandon McGhee
On The Radar: On the Radar is a SmartShanghai column profiling new restaurants, bars, and other new places you might like to know about. Sometimes we stumble across these venues and sometimes... we are invited. As such, these are our first impressions and not a formal review. 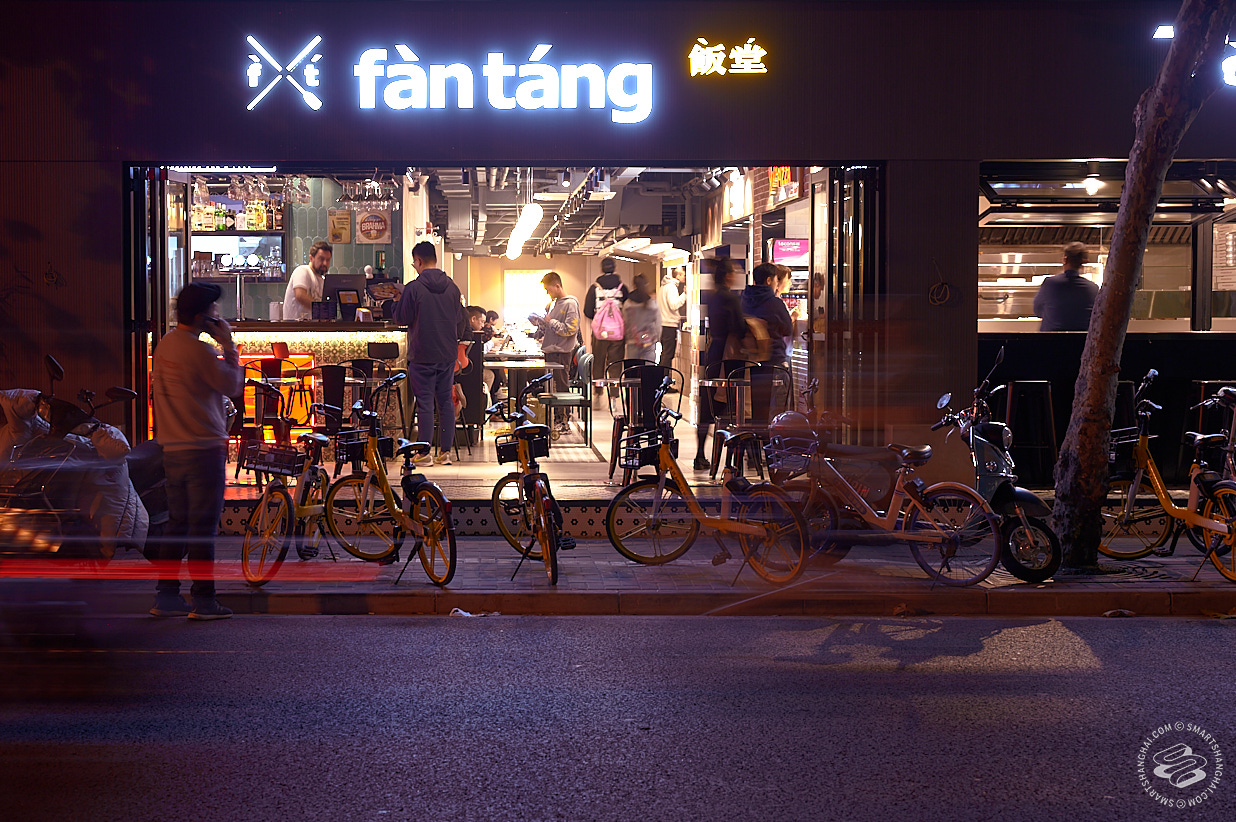 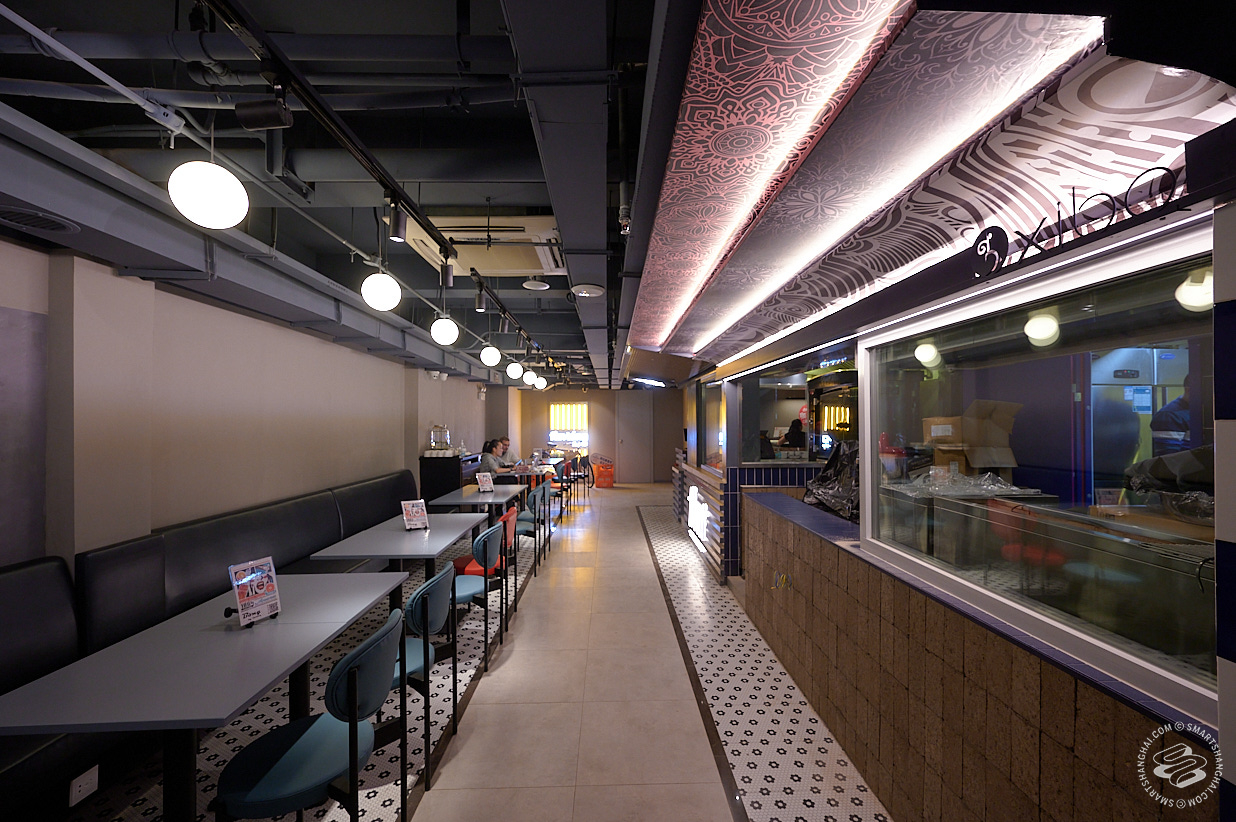 What It Is: An L-shaped food hall that's distinctly more "wai" with a capital 外 than the Shanghainese food hall that lived here before. 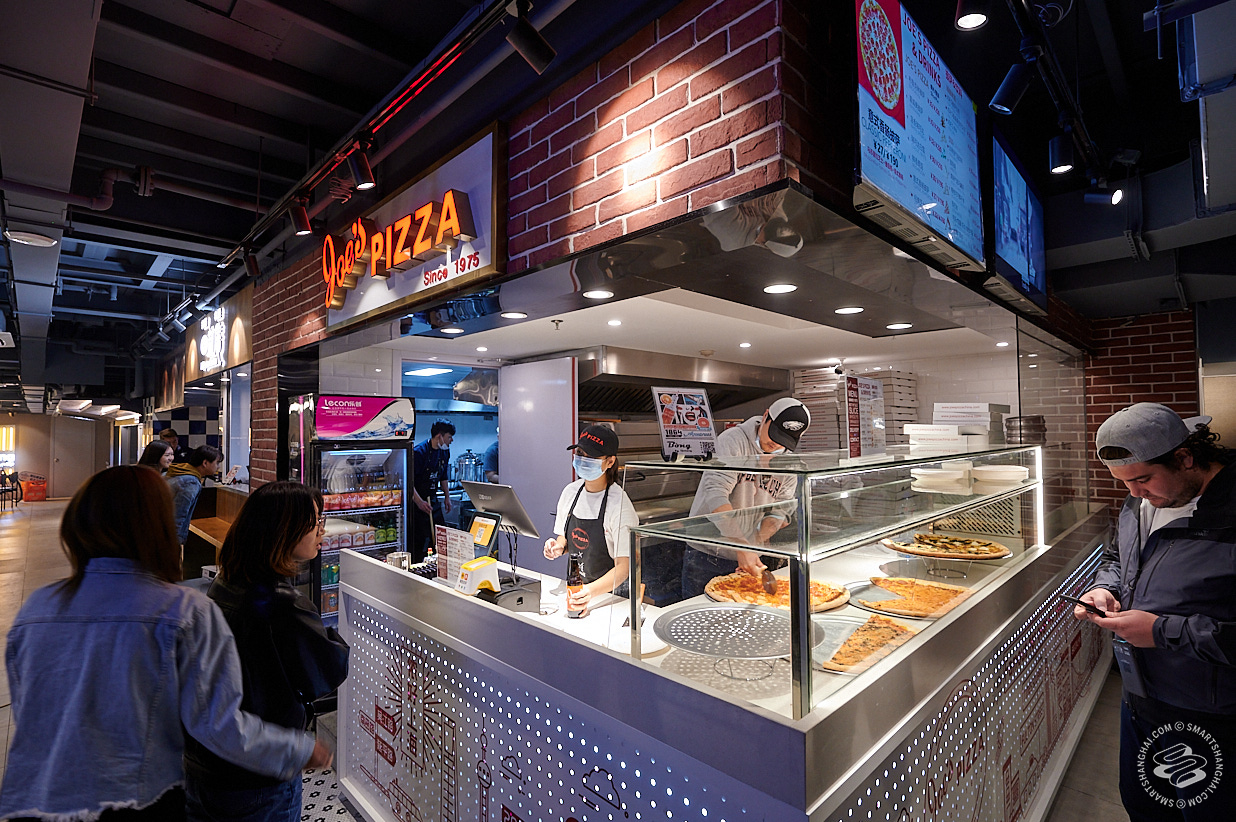 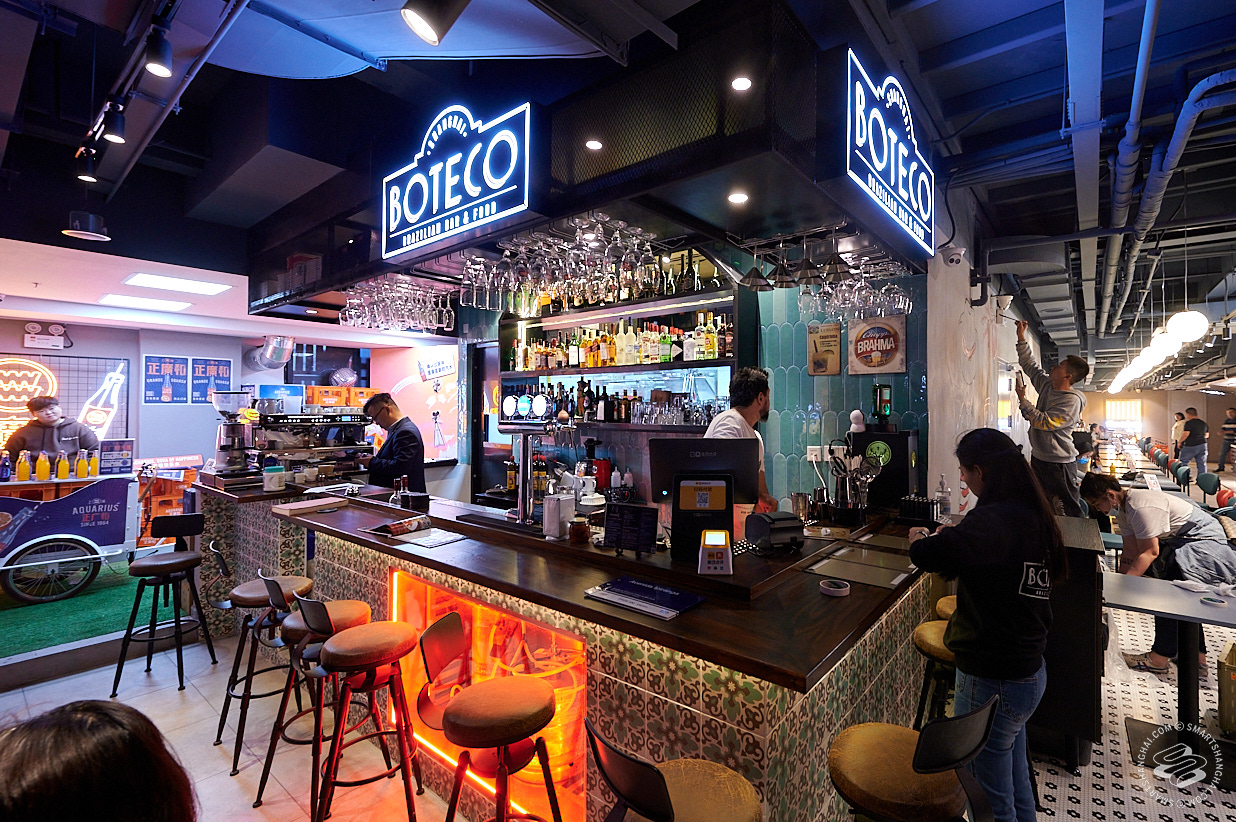 Eight stalls are in various states of soft opening, with names that should be familiar to anyone who reads this website: from front to back, we have New York's Joe's Pizza, caipirinhas and Brazilian bites at Boteco, Ichiryuan Ramen, condensed Bavarian Zeitgeist, fancy Xinjiang Xibo, rotisserie chicken at Heat and one that's maybe not wholly familiar, Shaking Crab. They're currently butting heads with Boiling Crab for crab leg supremacy in Shanghai. 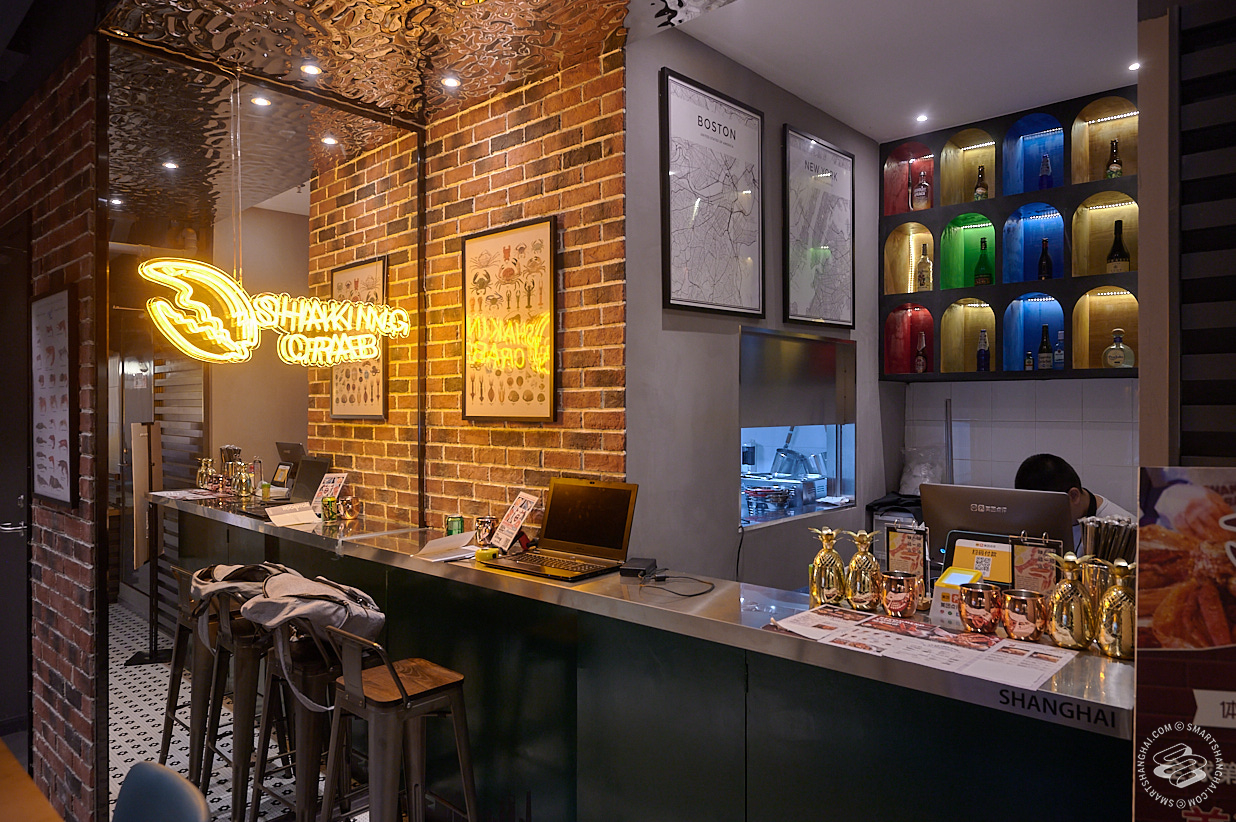 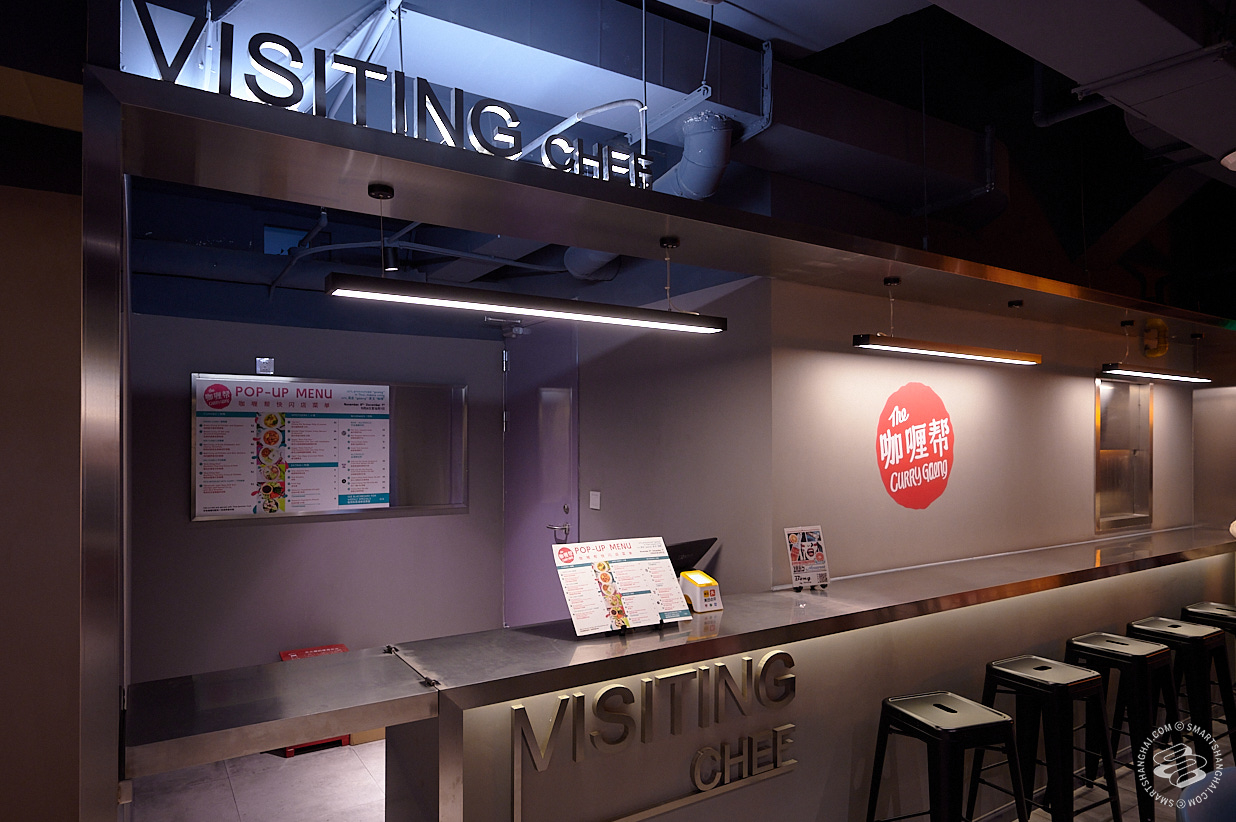 The eighth stall is actually a rotating "Visiting Chef." The current resident — big excitement to see her among us (well, in a kitchen, anyway) — is Valantina Tsoi of The Curry Gaeng, serving up very good regional Thai cuisine. 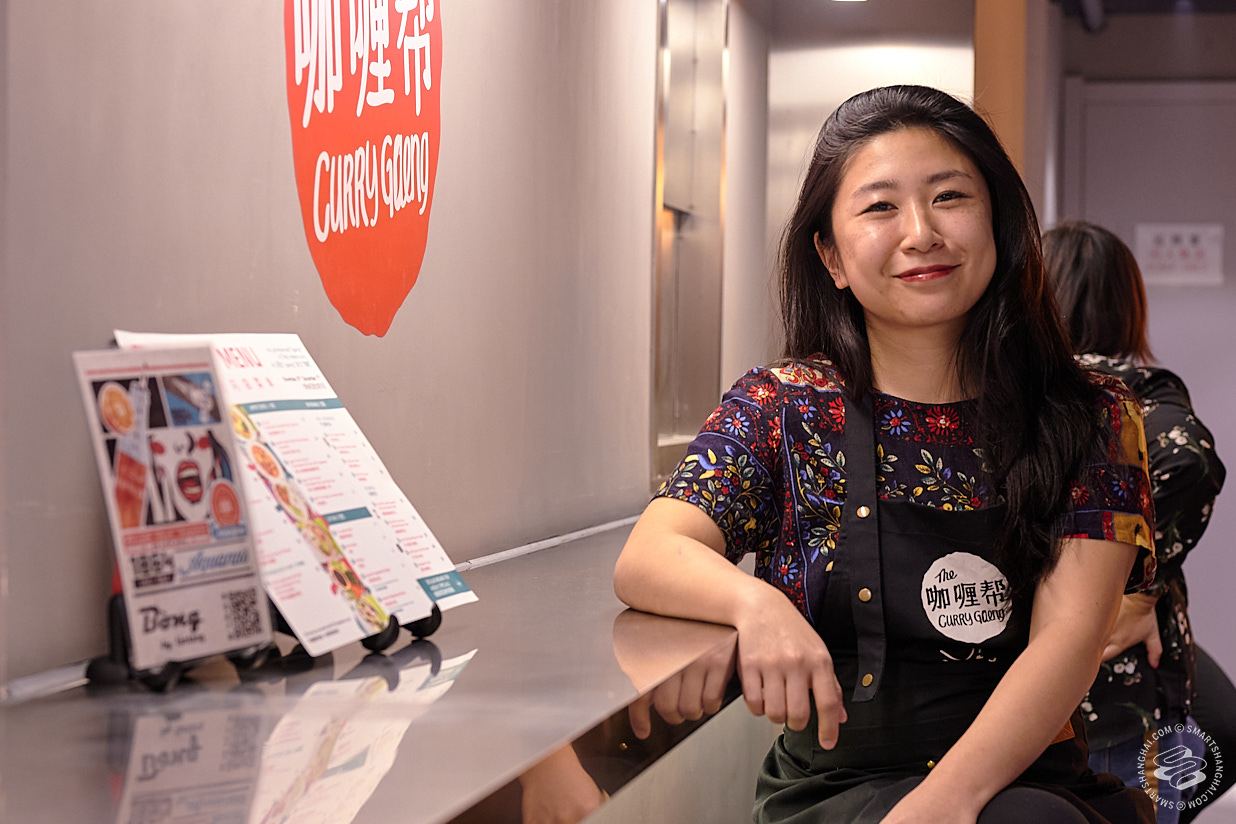 Speaking of temporary residents, there's a pop-up space meant to rotate out whatever brands want to pay for the privilege. Currently it's Aquarius, an old Shanghainese brand of soda that's been revived after lying fallow for 40 years. 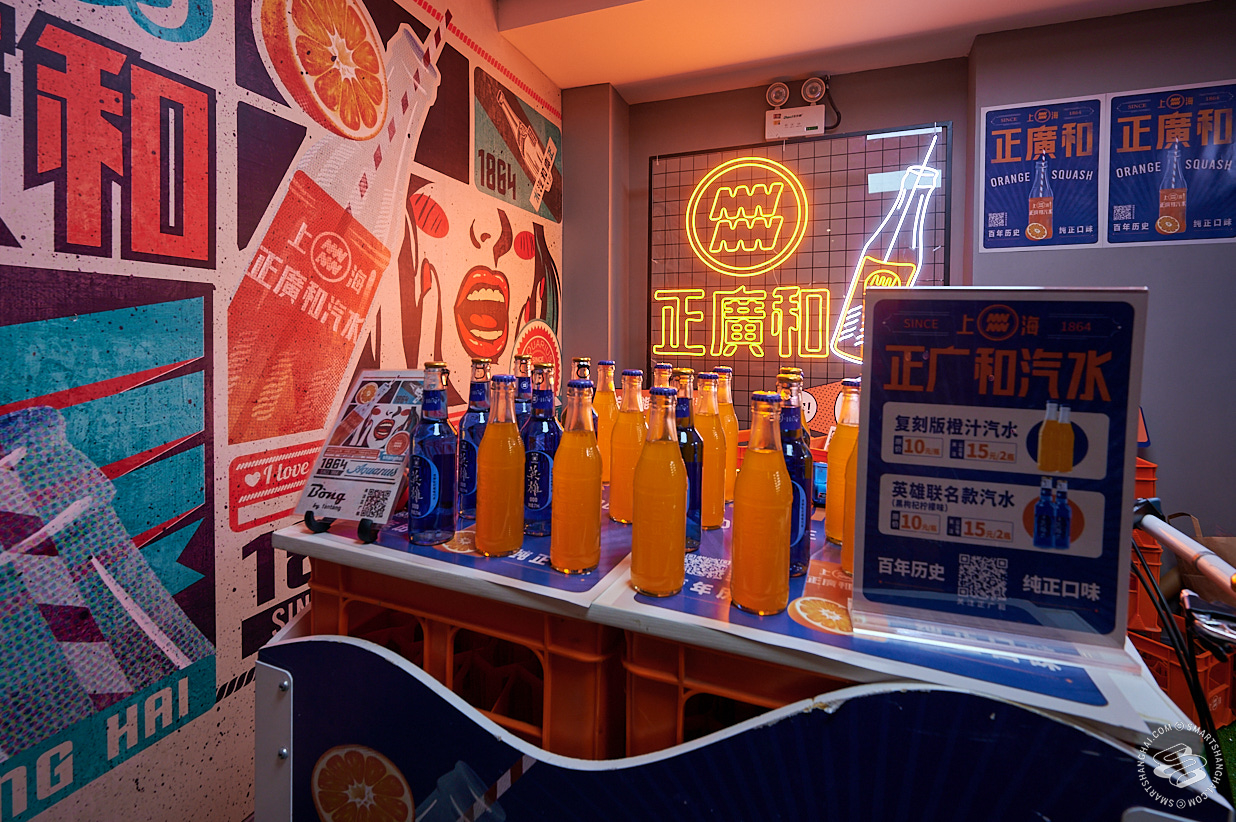 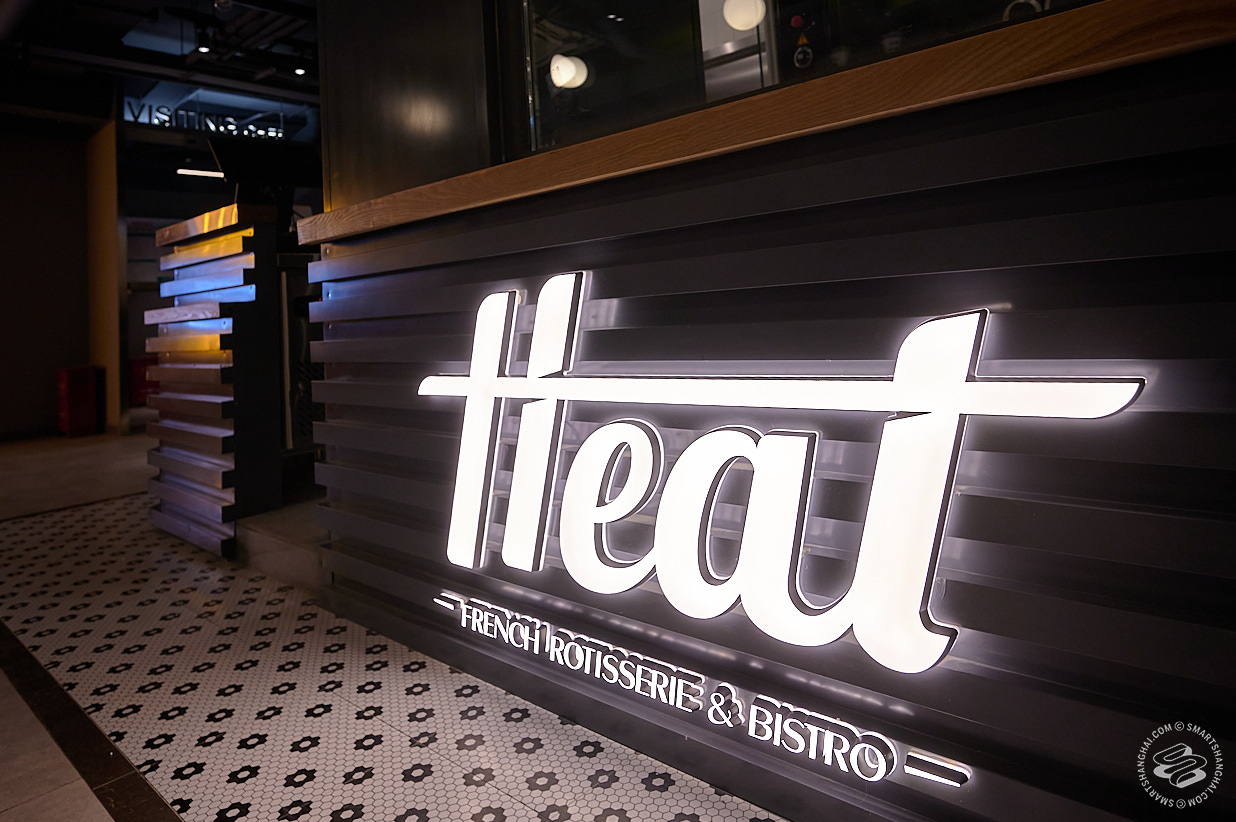 Joe's corner seems to barely fit those big ovens in, and Zeitgeist is actually "Zeitgeist Bites" to emphasize that this isn't a full expansion. 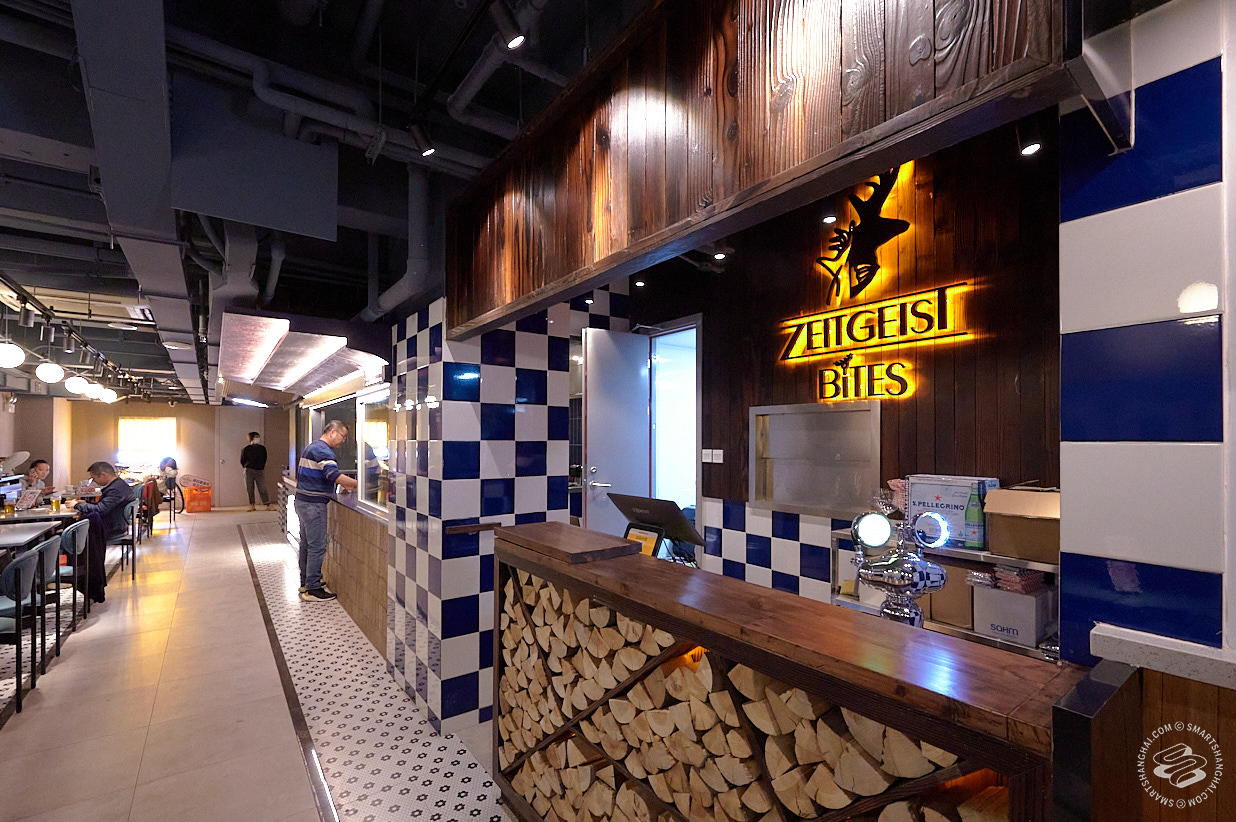 Upstairs is a bar called Bong. No suspicious leaf motifs or half-cocked Rasta iconography anywhere though; it's a multipurpose concrete room. Could serve as overflow seating for downstairs, or pretty much any kind of bar concept. It's all fluid, since there's a lot of competition in this neighborhood. The drinks menu might be printed on the sort of laminated cardstock that only lives in dive bars, but has surprisingly decent cheap cocktails. Try the Jazz Machine. 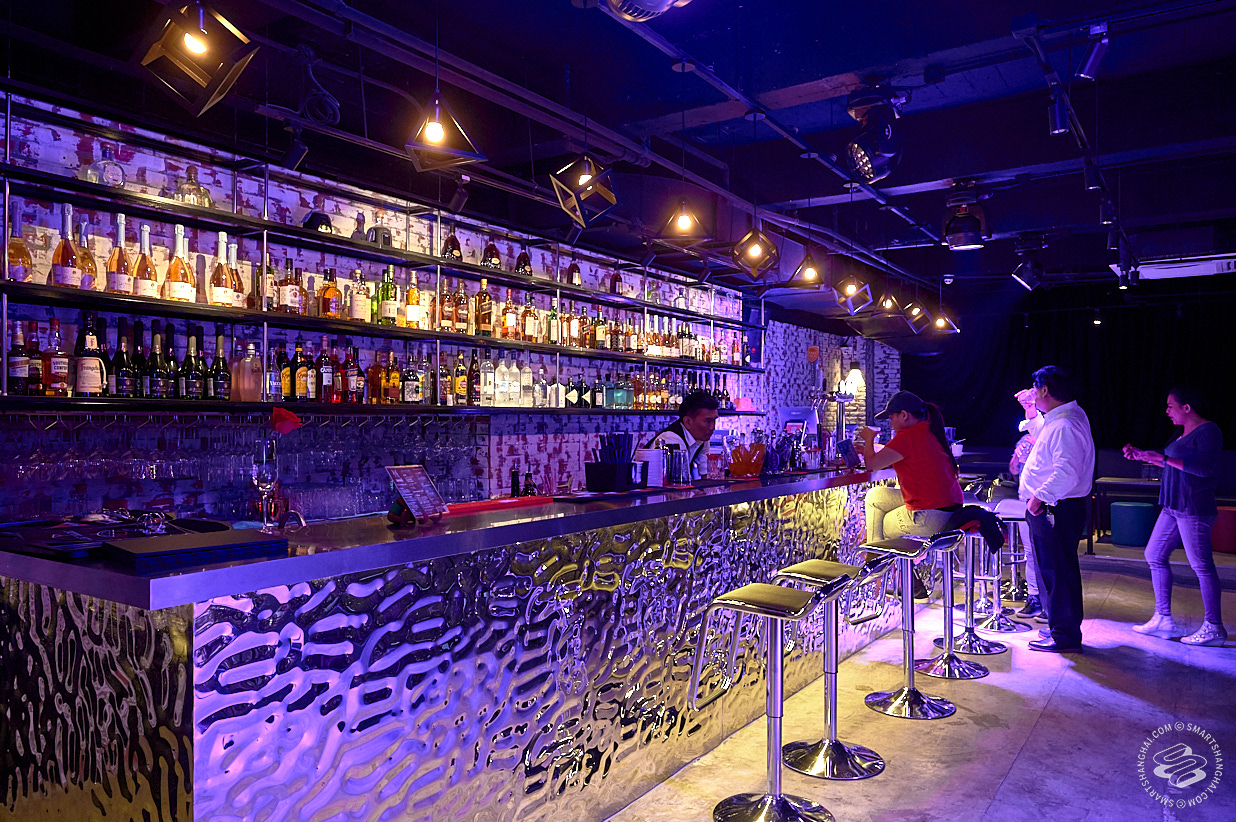 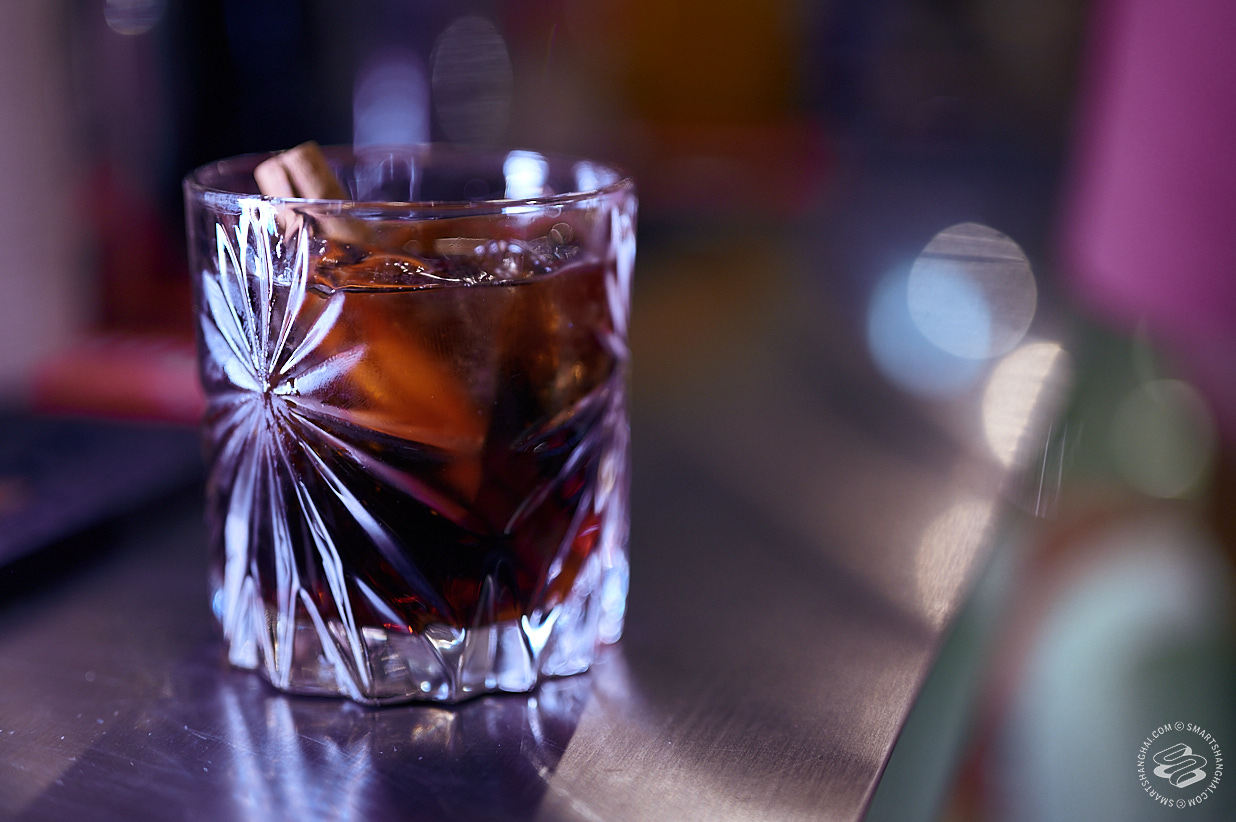 It also sounds like they're open to new DJs looking to rack up some flight hours in front of the giant LED screen. 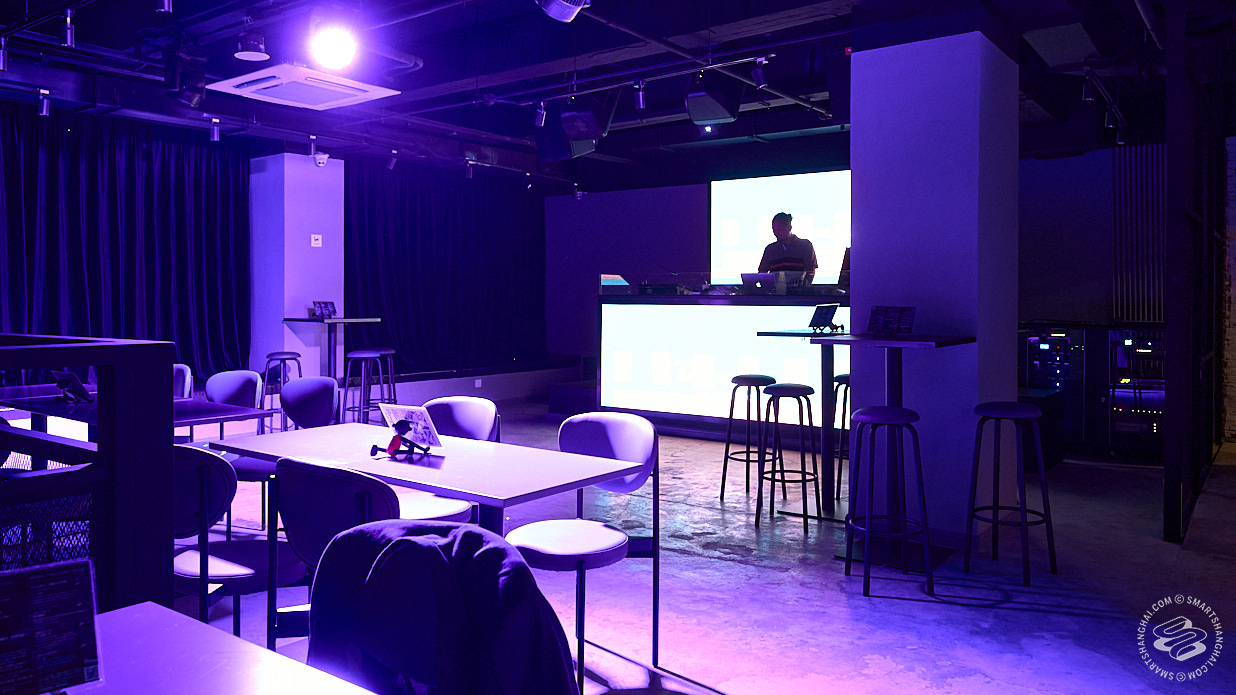 First Impressions: Fantang mainly feels like a lunch spot and a delivery post. The vendor selection is laowai-friendly; rare that I walk into a food hall in Shanghai and recognize every stall at a glance. Modern Xinjiang place Xibo is having to do a lot of heavy-lifting for anyone still coming for local cuisine. I say "local" — Xinjiang is further from Shanghai than Edinburgh is from Istanbul. 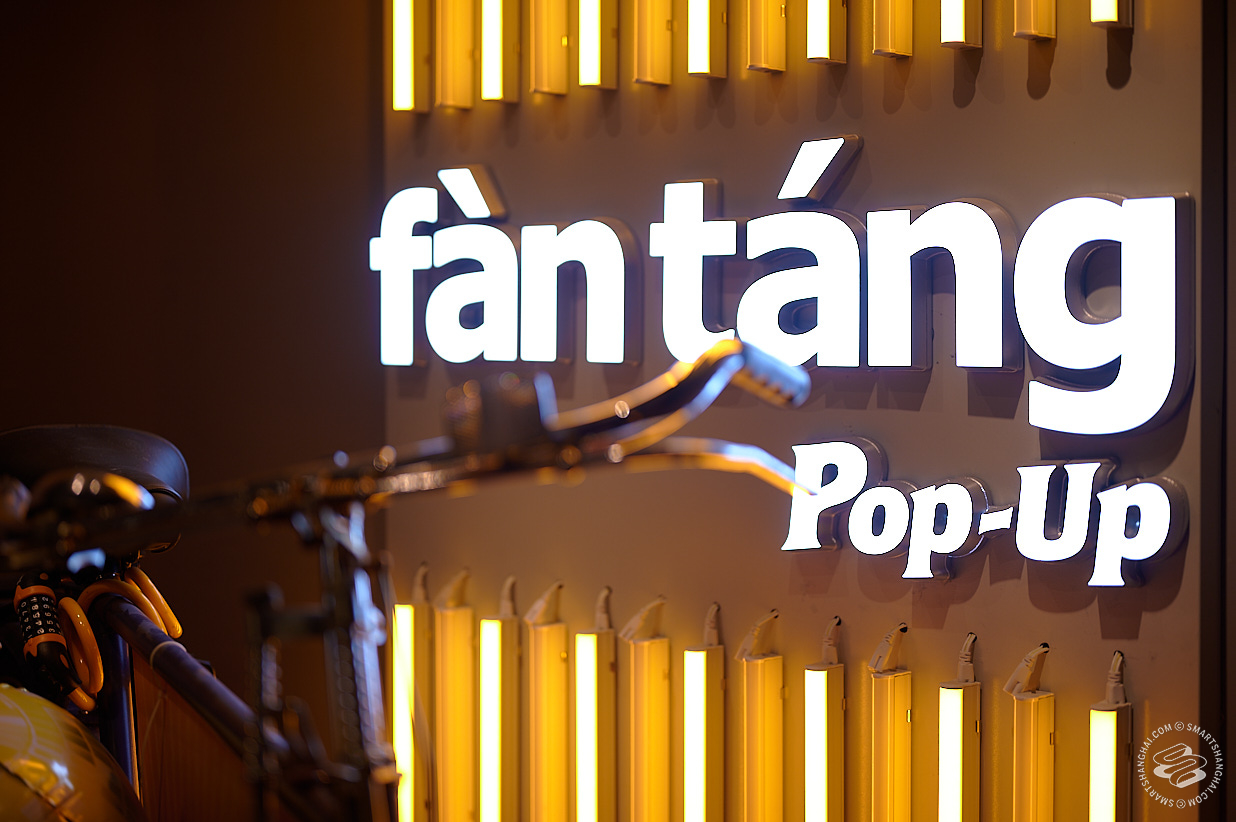 You can't really say food halls are a trend because they've been around forever. Seems like more of the foreign-friendly brands are cottoning on to the convenience of them. We've got that giant one coming into Xintiandi. Fantang's pretty ambitious: they're planning to have three of these open by December 2021. 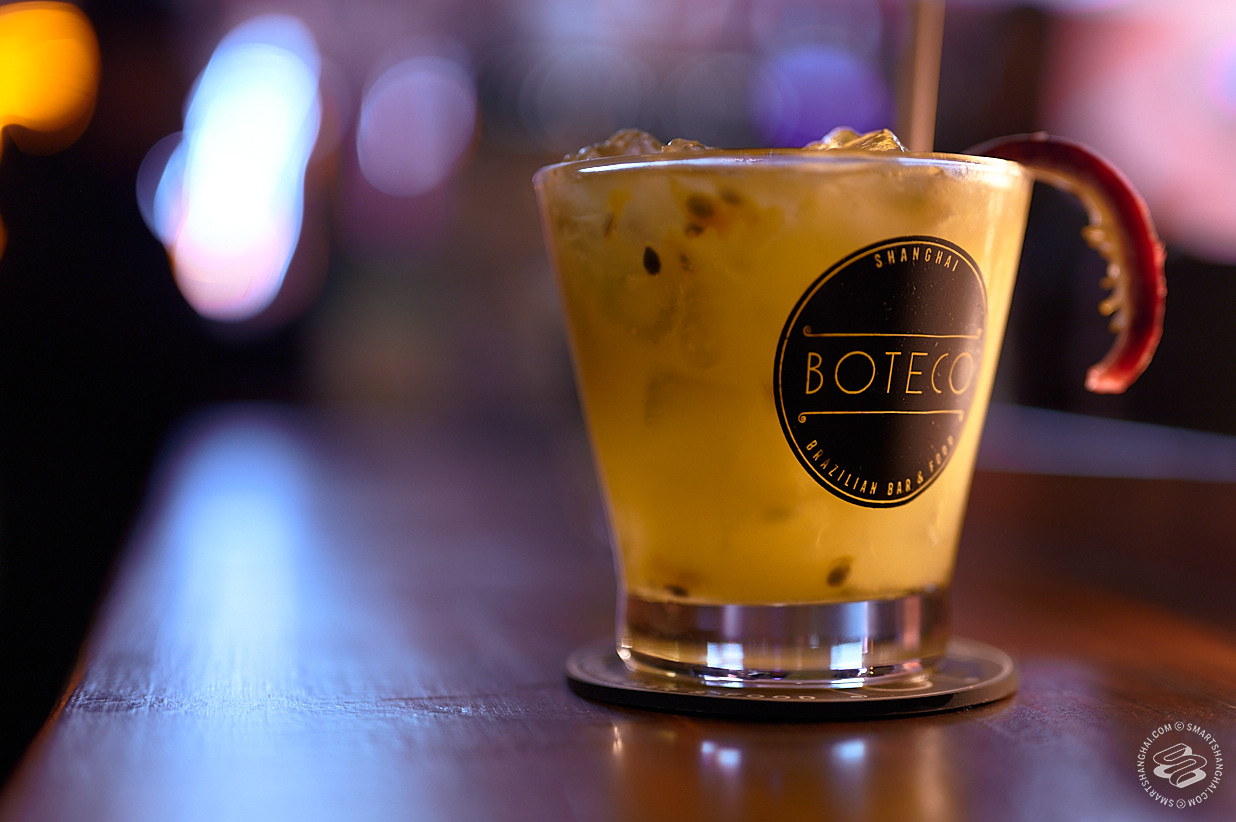 We'll see. For now, I'm projecting a 400% increase in 2am caipirinhas and Joe's Pizza in my immediate future.