All the Restaurant News You Ever (Never) Needed! For November!

There's a lot — really so much — happening with new restaurants and bars. We've been drip feeding you tidbits on our ticker up at the top of the page but we've got a whole lot more. So! Here's a rundown of what's happening in the last quarter of 2020 in terms of restaurants (we'll do bars separately).

Craig Willis, the long-time Shanghai resident chef and main chicken roaster behind Mr. Willis, Henkes, Bang and others, has quietly been working on something. Or... Something. That's the name of his new restaurant on Wukang Lu. It's got a beautiful airy, industrial feel to it and lots of greenery out the plate glass windows. 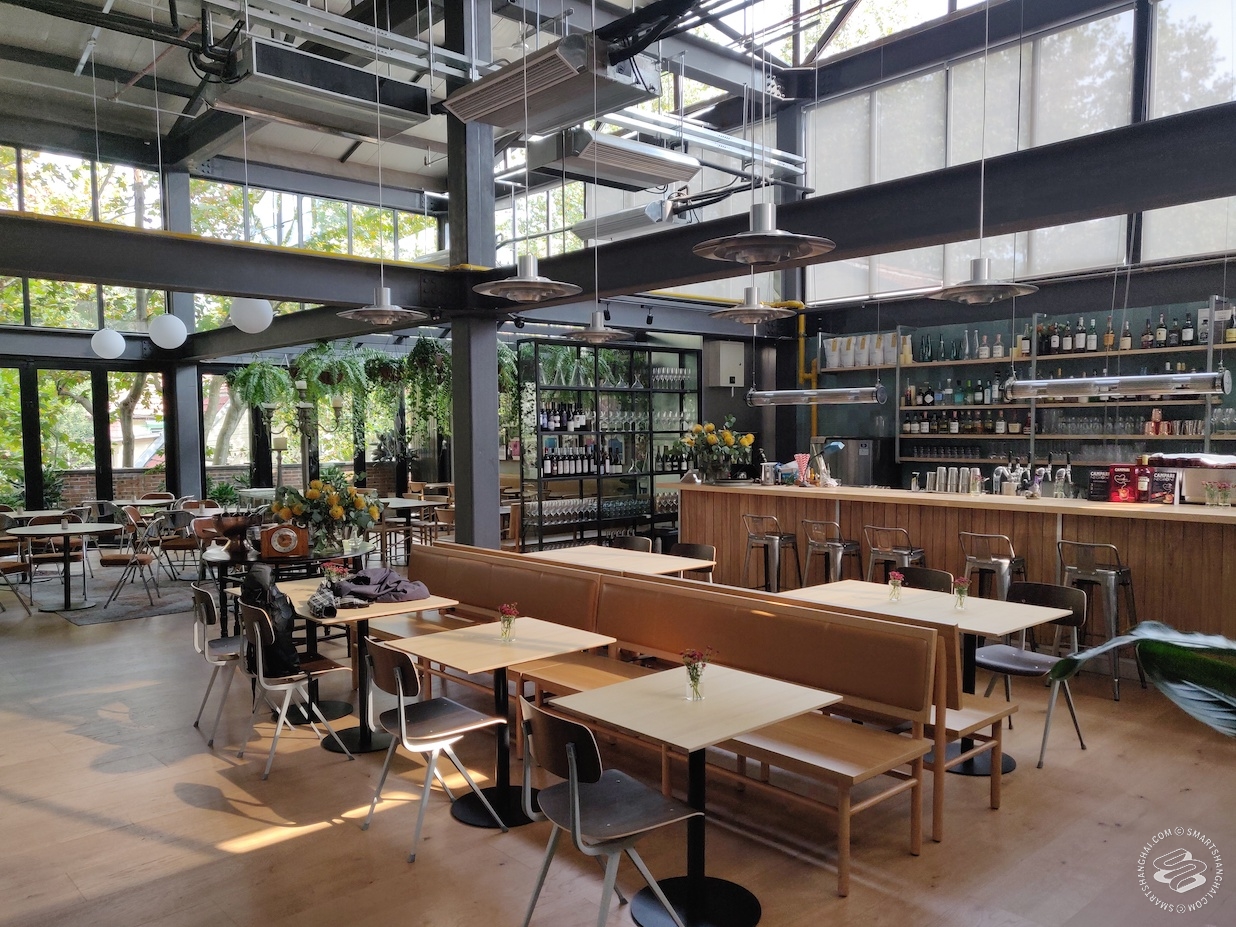 Something by Craig Willis

It's not *exactly* open yet; they are still in the velvet phase, which is like soft opening but even softer. Trials. Friends and family. But if you're extra nice, and you just happen to accidentally stumble in there on the weekend, well, don't tell them we sent you there... 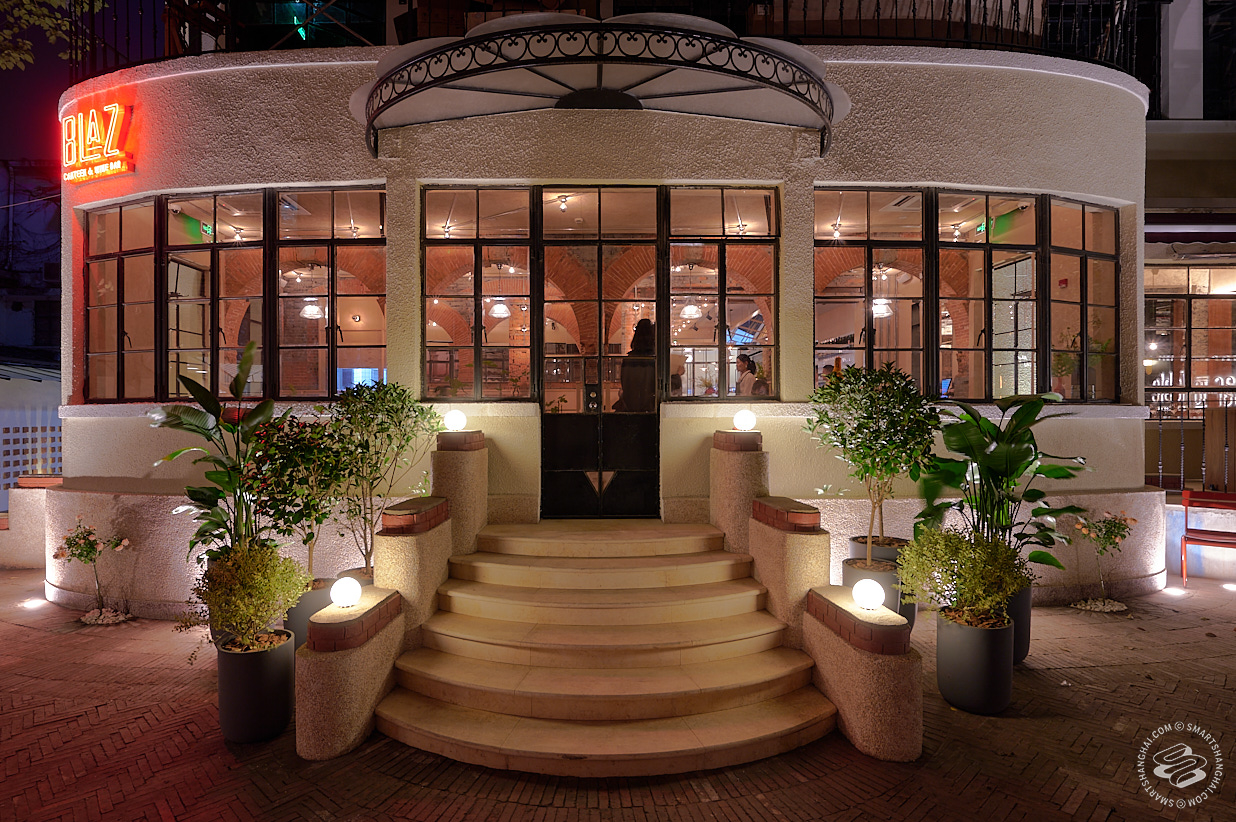 Simon Briens, the co-founder of RAC, is part of the crew that has taken back the villa at 20 Donghu Lu that gave el Willy a launchpad to fame and fortune (Willy himself now lives in Bangkok and has restaurants across Asia). Briens and a partner are doing something that IS NOT RAC. 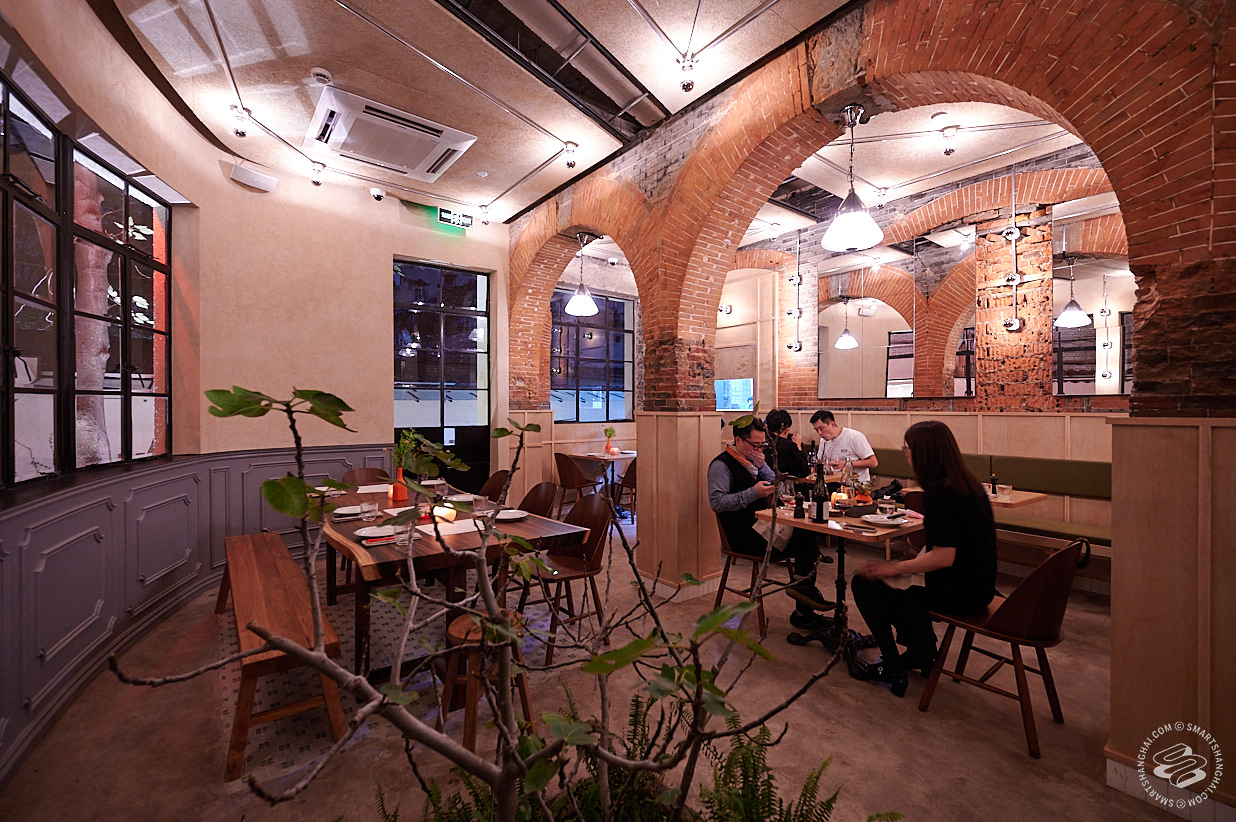 Instead it's more of a French bistro and wine bar called Blaz. Mostly natural wines, with a really comfy and great new interior. They moved the bar, moved the toilets, got some new Art Deco doors with gorgeous ironwork... very classy, very well-done. 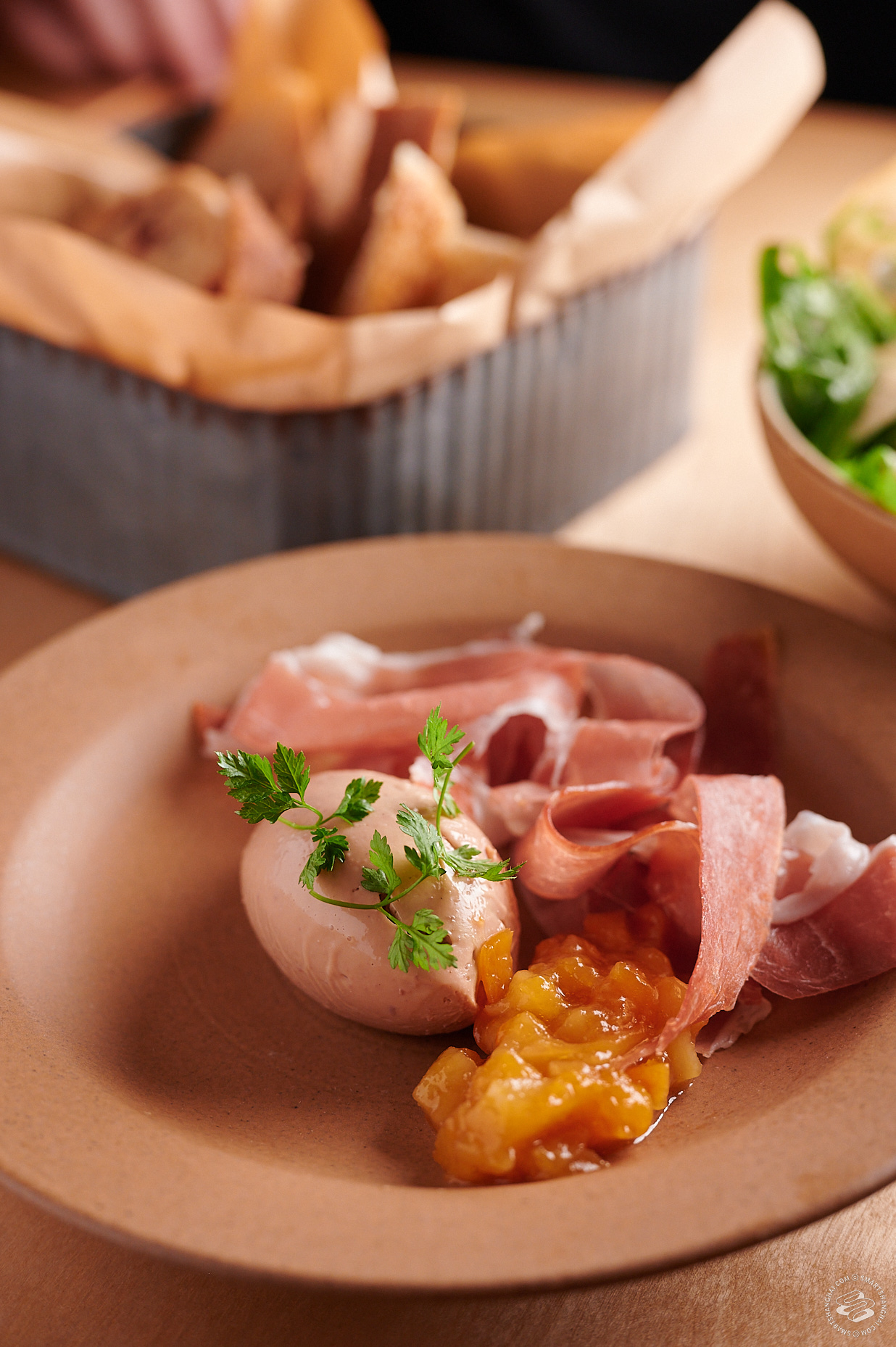 Chris Zhu, the doctor who gave up medicine to cook, formerly of Bird, is currently in the kitchen and the menu is quite fluid. It's sort-of French, sort-of Asian-ish, and is still very much a work in progress. 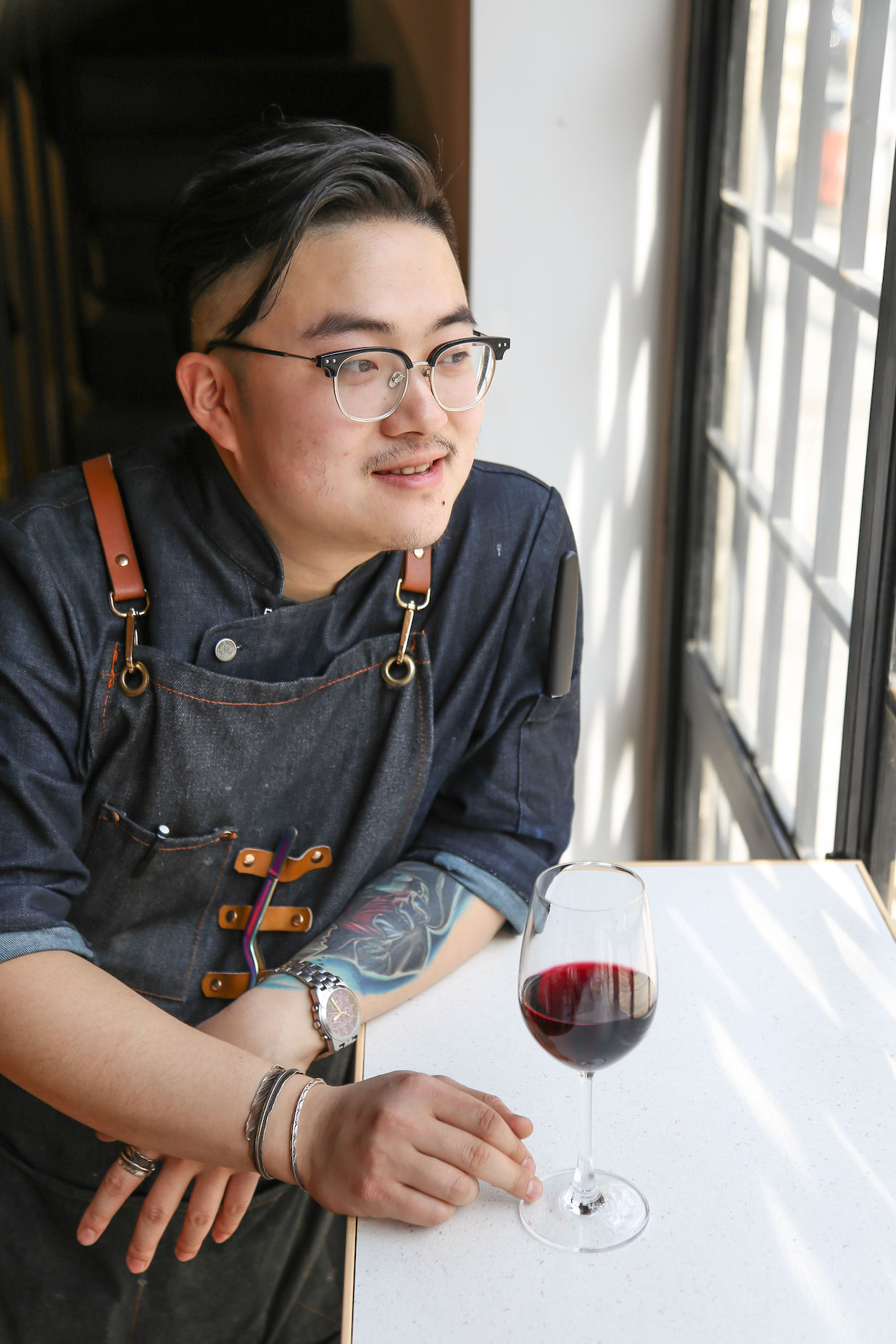 Chris Zhu in his early days at Bird

They've been open less than a week and there's a lot left to finish on the place, as Briens points out, but again, if you are super nice and apologetic and just happen to "stumble" in there this weekend, you might be lucky enough to get a seat and a menu. That's on the ground floor. To give you an idea of prices, the beef tartare with black garlic and Chinese pickles was 128rmb.

Also on the ground floor is Cellar to Table, by Phillipe Huser of Napa. That's in the space that Racines used to be in, and I only glanced in earlier this week — I've kicked that responsibility to a colleague who drinks more than I do — but I already spied the French chef of one Michelin-starred comptoir drinking there on Monday night. 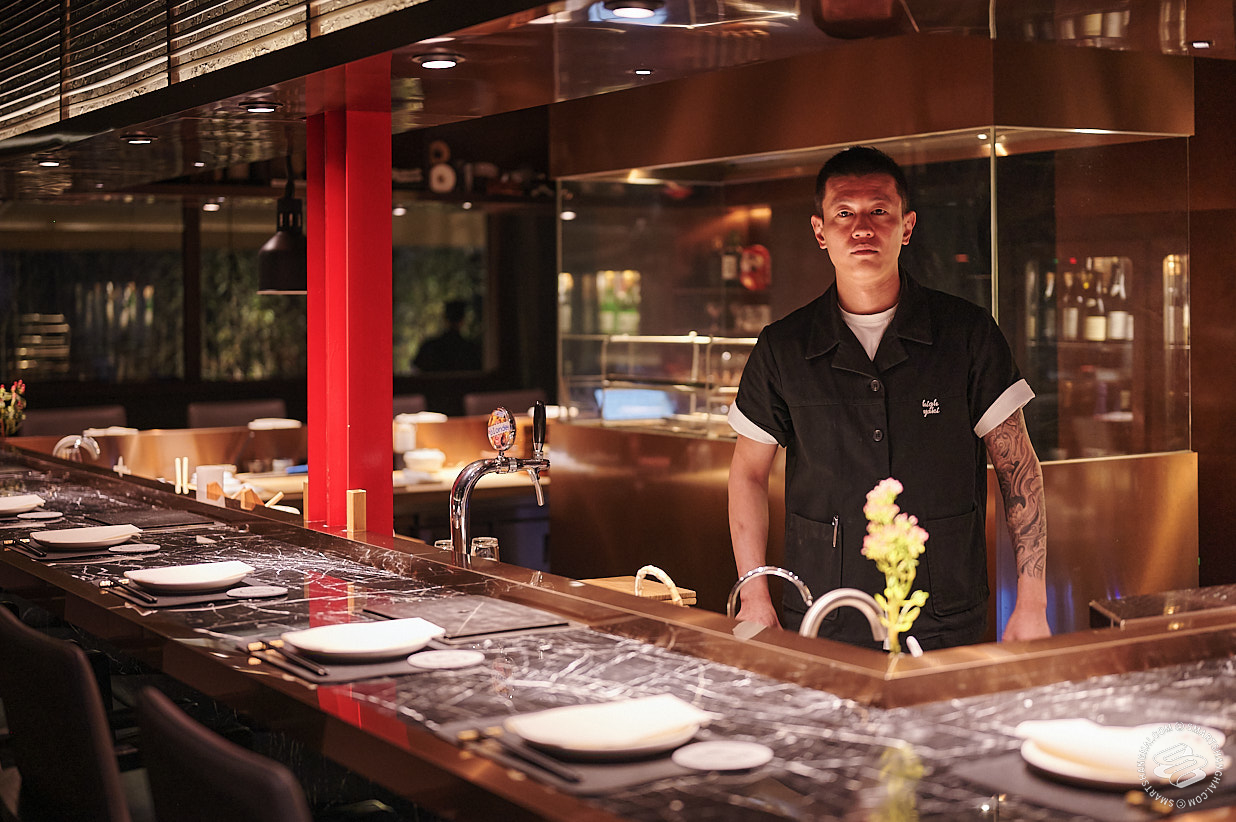 The second floor of the villa is going to be a new project by Justin Xu of High Yaki, who, incidentally, returns to the villa he worked in for years, first for Willy and later when it became elefante. He was an excellent manager then; he returns as The Boss. It's still under construction, should be in soft opening mode sometime in November. 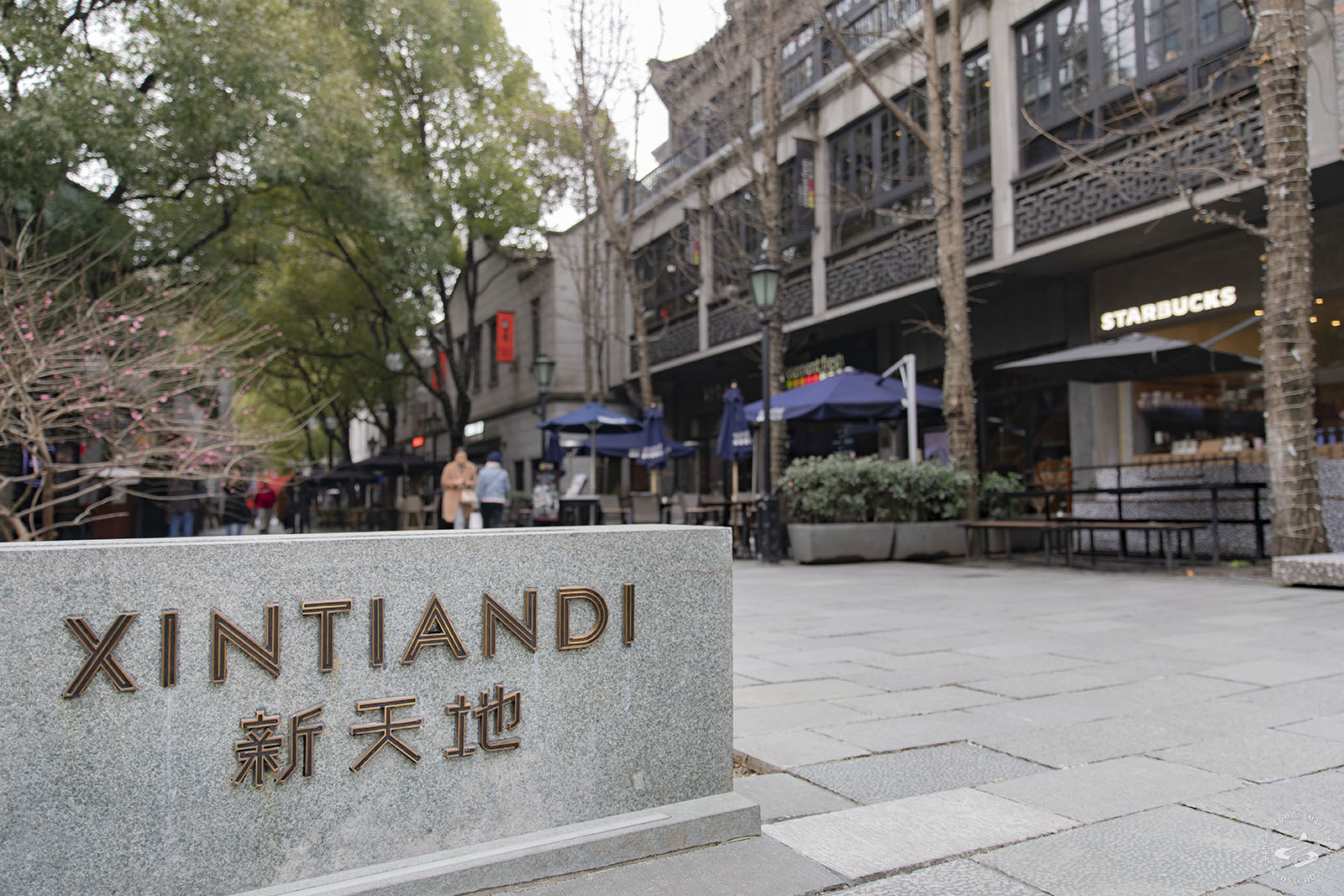 The other major project happening this month is Foodie Social by Xintiandi. This is the thing they gutted the south mall for: a premium food court. Media previews are supposed to be happening in the middle of the month but, hey, look at this! I've got the full tenant list right here! How'd that happen! Hey-o! So who is going into this thing? Here's who: An old rendering of Foodie Social 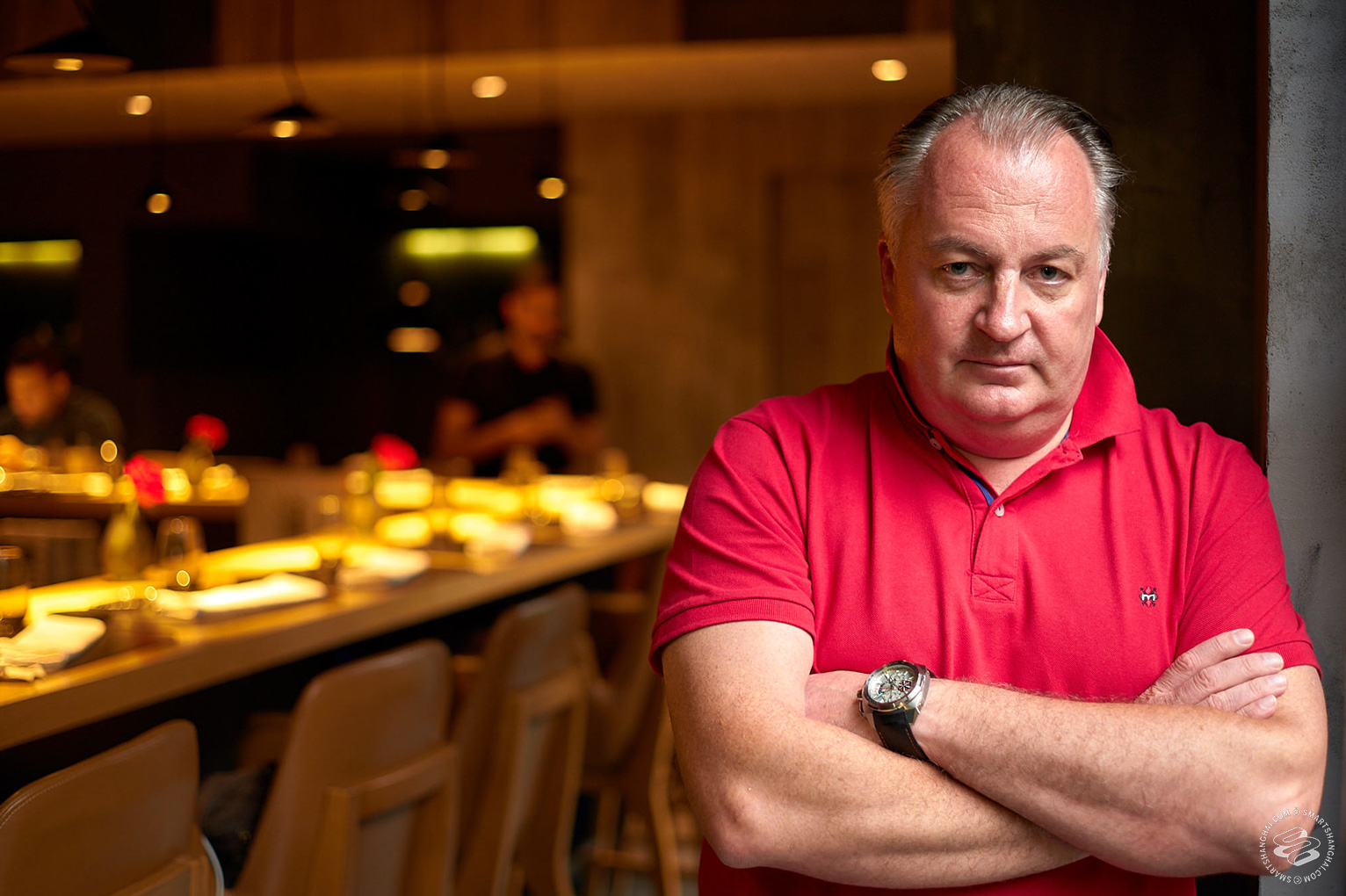 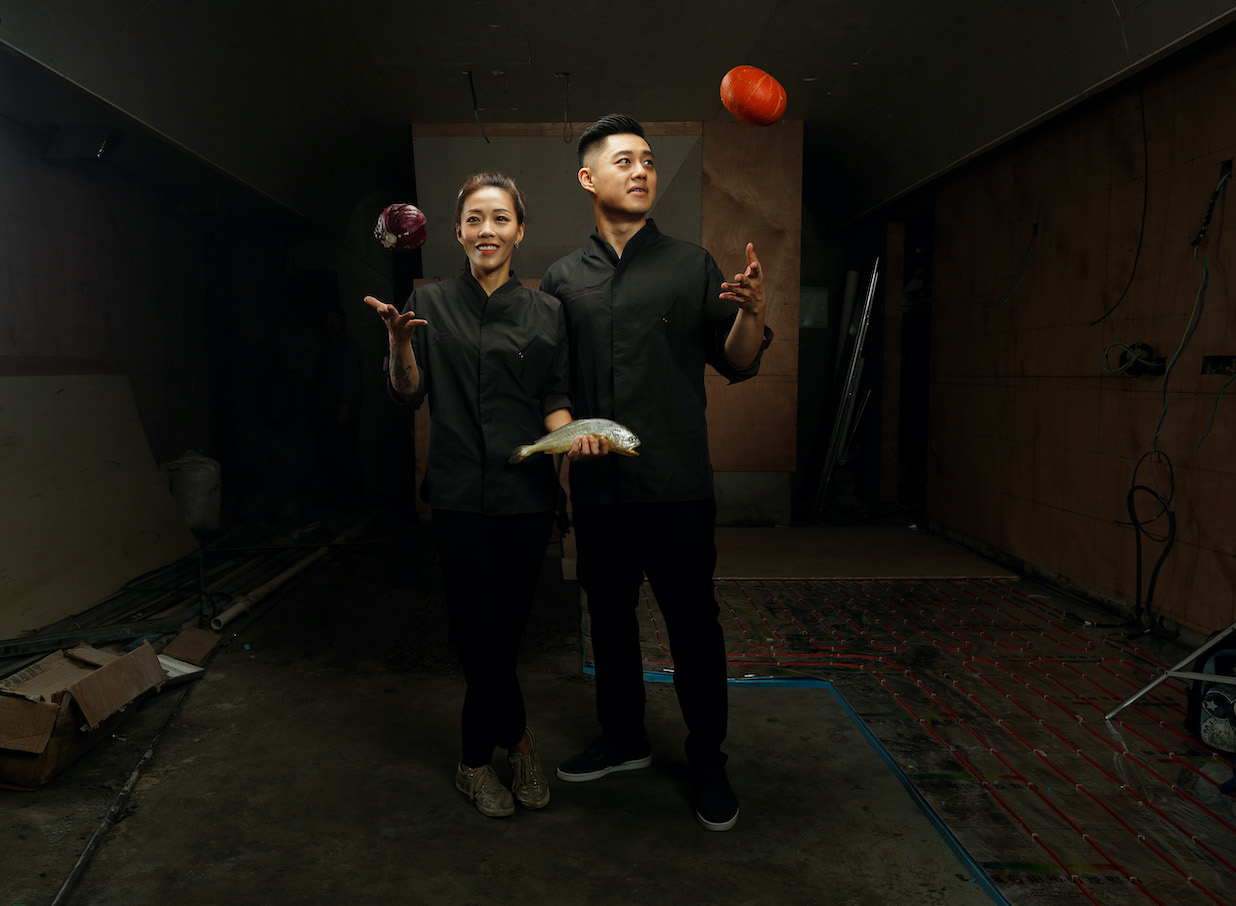 The chefs of Obscura, DeAille Tam and Simon Wong

The chef-couple who were in the kitchen at Bo Shanghai (RIP) at Five on the Bund have bounced back with a super-luxe Chinese-inspired restaurant named Obscura. It opens this month, 2,000rmb a seat, reservations a couple weeks in advance. Slightly more info here. Popeyes is now open until 2am on weekends. This is important. The chicken sandwich, I could take it or leave it. But the spicy fried thigh — that's enough to send me on a midnight run.

The Shanghai EDITION is, um, changing. It appears Jason Atherton appears to be no longer involved, or directly involved, with the Shanghai Tavern on the ground floor. They have apparently kept the old menu but also added "localized options", which means Chinese food. They are not Atherton's dishes. Nothing wrong with Chinese food. Love it. But that was a quick pivot from "direct from London" idea to "yeah, we're gonna DIY for a little while now". 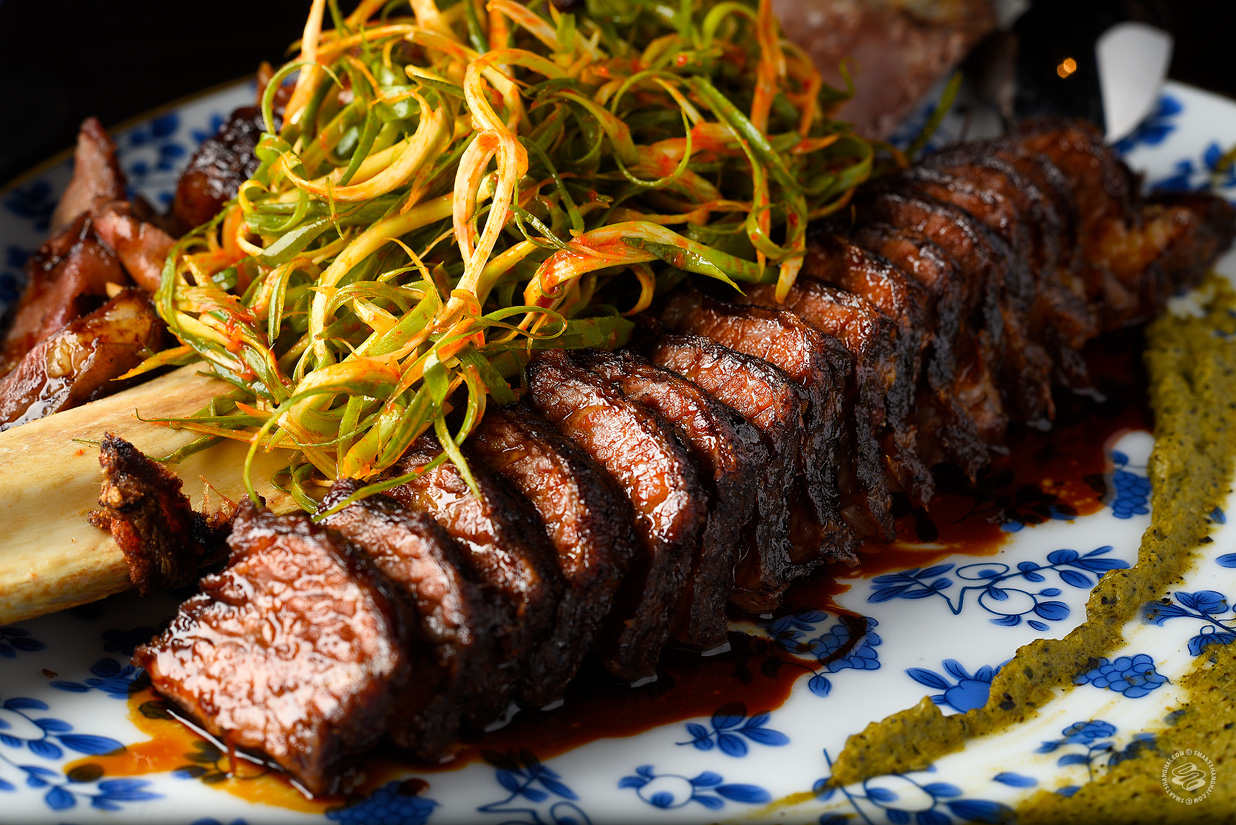 At Canton Disco, the original consultants — Hong Kong's Black Sheep Group — are also out and the restaurant has re-opened with "20% new dishes". They have not replaced the opening chef, Michael Janczewksi, who left ages ago. Japanese restaurant Hiya remains exceedingly popular and unchanged — the one restaurant Atherton remains involved in, apparently. The nightclub, Electric Circus, which opened with such a bang, is now a private and occasional events space. Spa and eighth floor terrace are closed. And finally, Atherton’s appointment for the hotel’s executive chef, Matt Worswick, which was reported publicly at the end of 2019, seems to have been lost in translation. When I asked the hotel about it, they said "Who's Matt?". All those things taken together... smells like a struggle for control of the hotel's F&B. 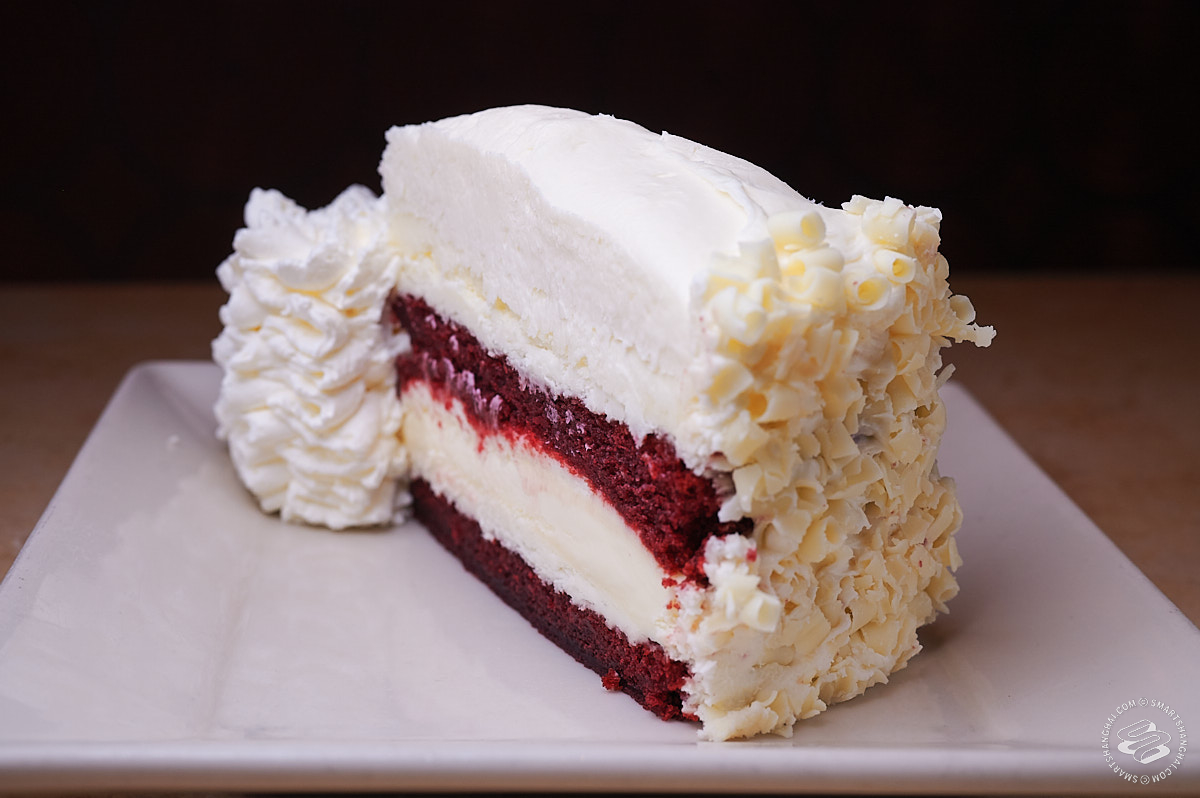 The Cheesecake Factory is opening in Taikoo Hui. Hoarding is already up but they say it won’t be ready until 2021. Expect a delayed spike in the Puxi diabetes rate about, oh, early 2022. 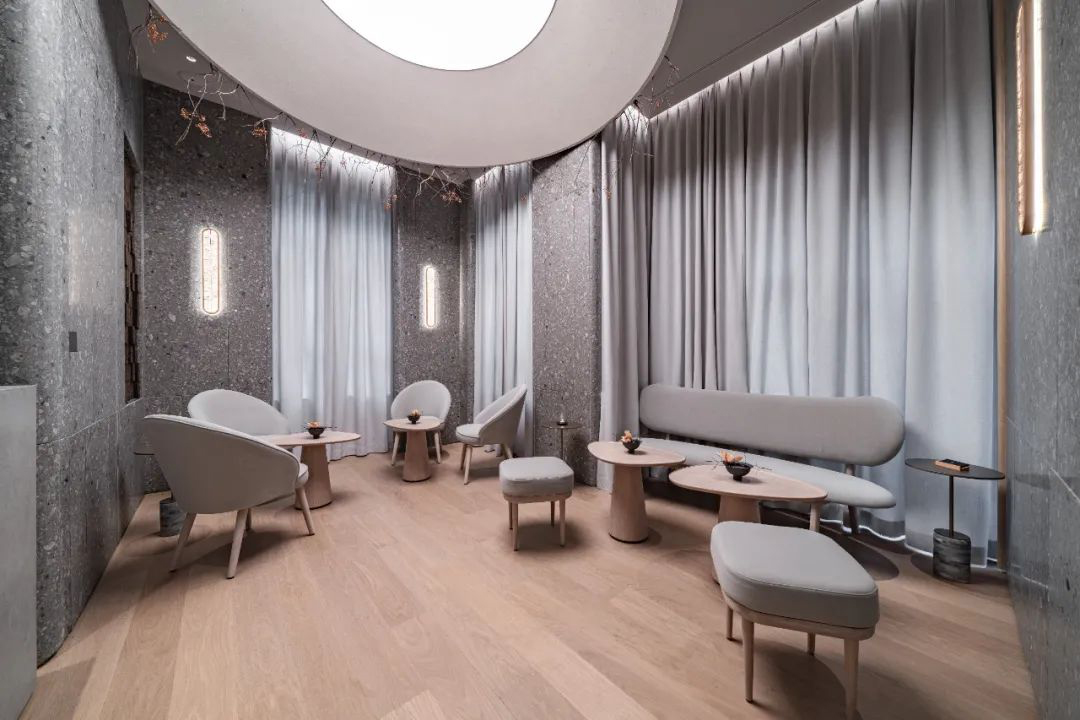 Modern Chinese restaurant Lunar is in soft-opening. It is nothing less than the "quintessential of dining, reimagined", they say. Chef here is Malaysian-Singaporean Johnston Teo, who has worked The Pine and some pedigree restaurants in Singapore. 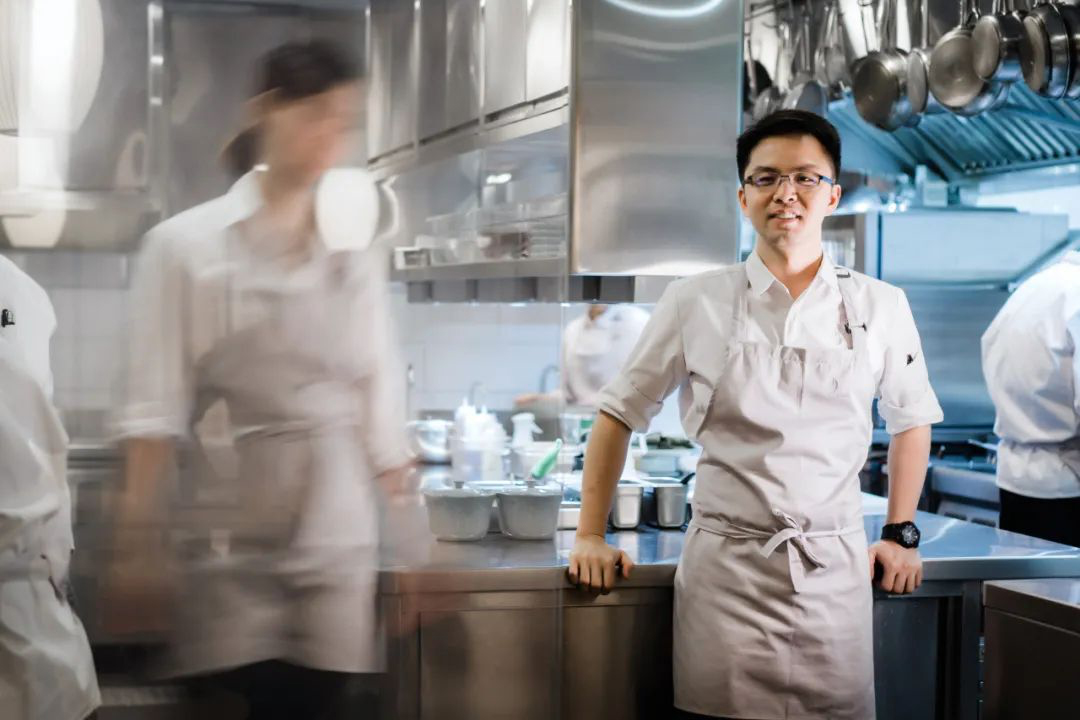 More fine dining. I will put on my fanciest silk underwear and take a trip down to its Jianguo Lu villa post-haste. Menu is 1,388rmb and is in soft-opening right now.

And then there's all this new stuff that has opened and is so new I haven't even been yet, so if you are hunting for strictly the latest openings and/or you wanna scoop me for your own WeChat blog, here you go!

La Barbacoa, The Wellington Universe which looks to specialize in beef Wellington, the second Popot now on Shaanxi Lu, Taberna, Sausage Party x Egg Bomb, a Funk & Kale at Taikoo Hui, Ken's Cheesesteak in Pudong, Oreno's new home in IAPM and a string of Peninsula Boutiques, in which the stately hotel extends its branding by selling hotel products in luxury malls.