Corporate dough spent on rising ambitions. Did it pay off?
By Hank Fan
2021-04-22 12:00:00
Photos: Brandon McGhee
On The Radar: On the Radar is a SmartShanghai column profiling new restaurants, bars, and other new places you might like to know about. Sometimes we stumble across these venues and sometimes... we are invited. As such, these are our first impressions and not a formal review. 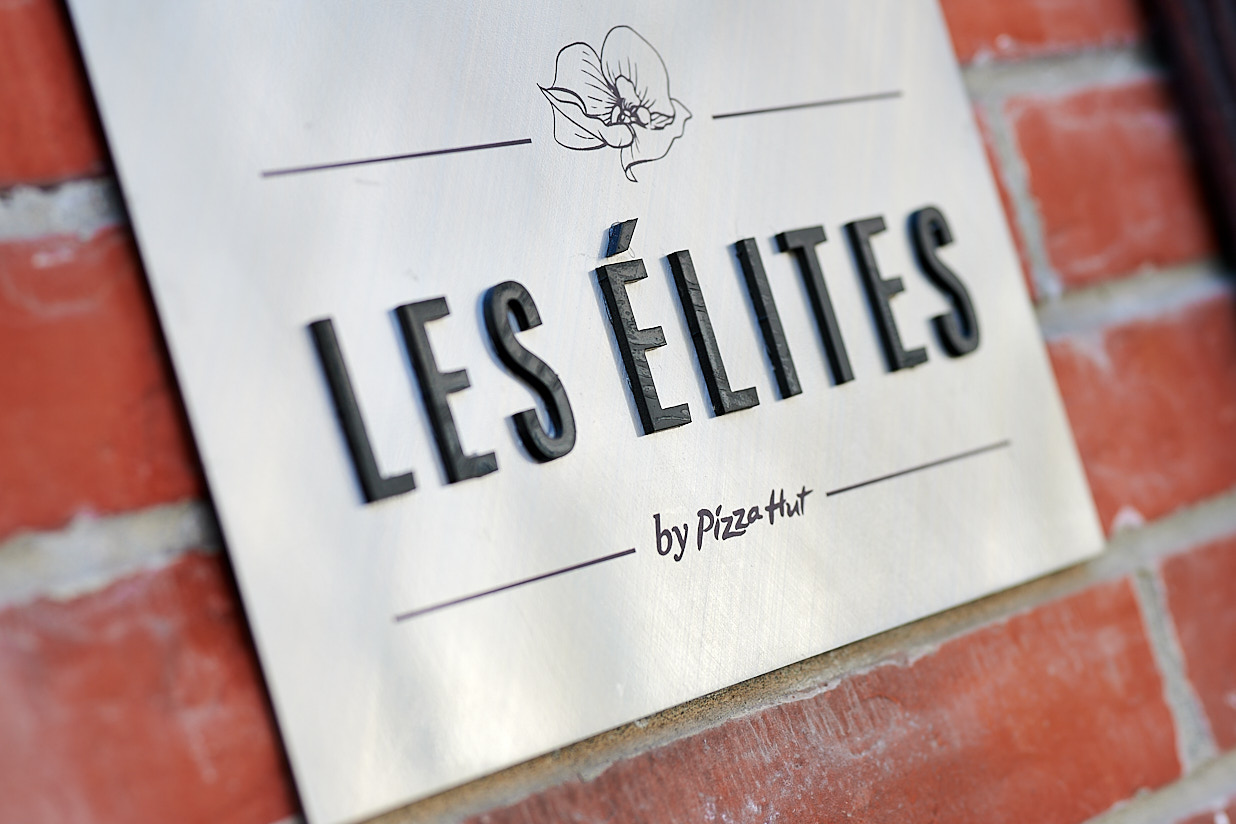 What It Is: Baisheng group, otherly known as Yum China Holdings, is the conglomerate responsible for the food brands KFC, Taco Bell, and Pizza Hut in the Chinese market. Headquartered in Shanghai, Yum’s first foray into upscale dining was in 2015, in the form of Atto Primo on 5 on the Bund. While the venue tries to distance itself from its corporate background, the newish French resto Les Élites proudly sports the “By Pizza Hut” tagline on the venue signage. F&B company spinoffs aren’t a new concept, you hear more of the hits than the misses for obvious reasons. Starbucks quite successfully classed up their brand with the Starbucks Reserve program, with six impressively glitzy Starbucks Reserve Roasteries worldwide, combining a theme park experience around a high-end coffee ethos. Then there are examples where introducing a bargain concept to the consumers have worked, most notable example being Danny Meyer of uber high-end restaurants Eleven Madison Park and Grammercy Tavern. Early 2004, Meyer opened a kiosk-style burger stall in Madison Square Park, a massive departure from his fine-dining background. But the success was almost immediate, people installed webcams to broadcast the queue in order to gauge the waiting time. That of course is the now publicly traded fast-casual phenom Shake Shack. 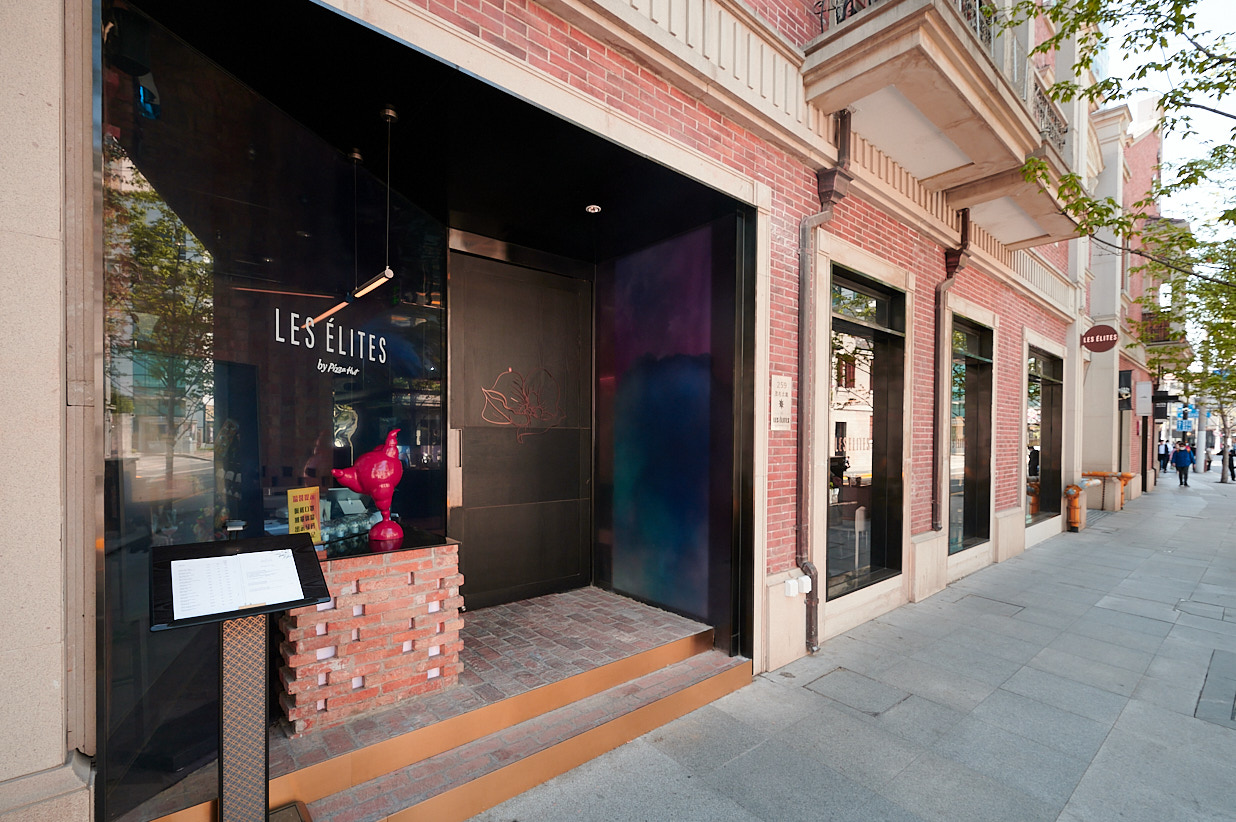 In the case of Les Élites however, the synergy between an upscale restaurant and the Pizza Hut brand seems superficially off-putting. This spinoff seems to only convey to the consumer that ‘We know how to handle food and disinfect a kitchen’.

Area: Maoming Bei Lu in the Fengsheng Li development. High foot traffic and one of the densest concentrations of restaurants in Shanghai. Notable neighbors are the original Taco Bell, Goose Island Brewhouse, Tock’s and Charcohol. 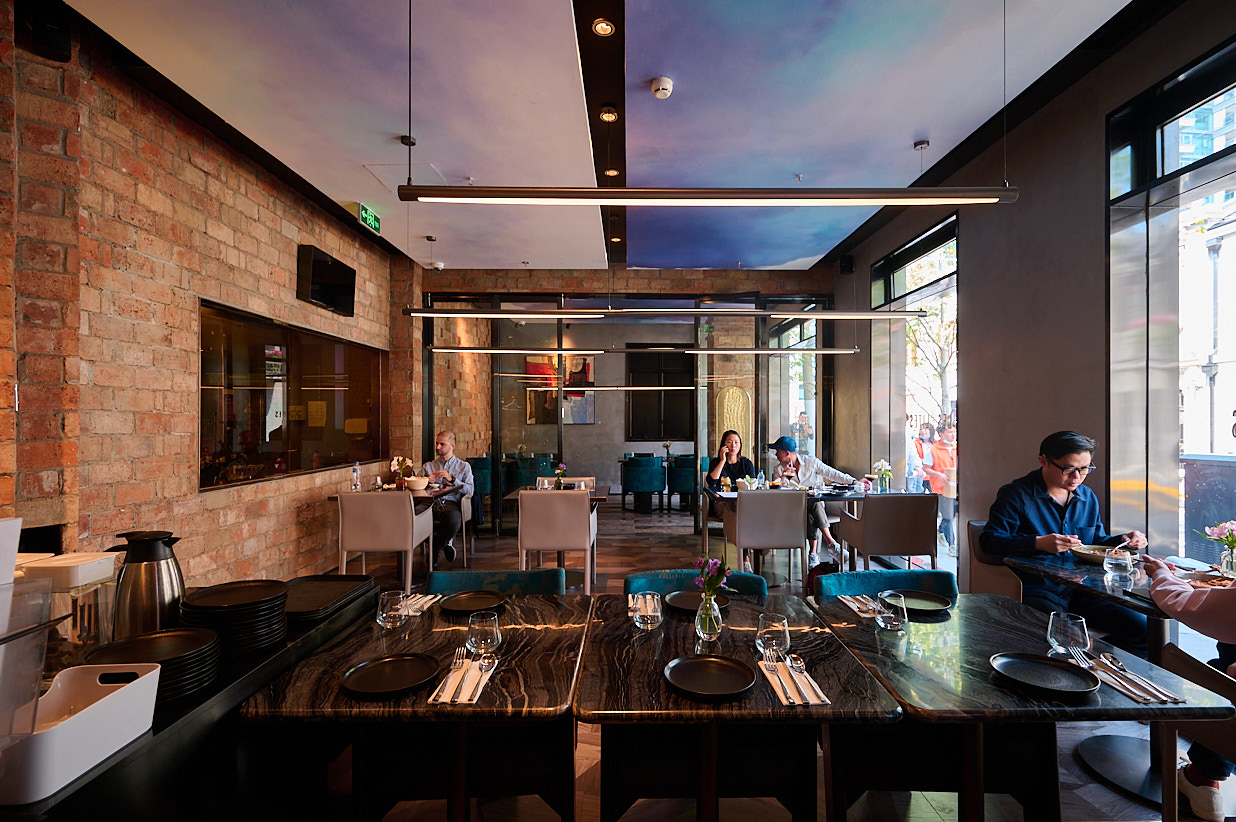 The right side of the space is the glass-enclosed kitchen sporting some fancy kitchen equipment from makers such as Rational. 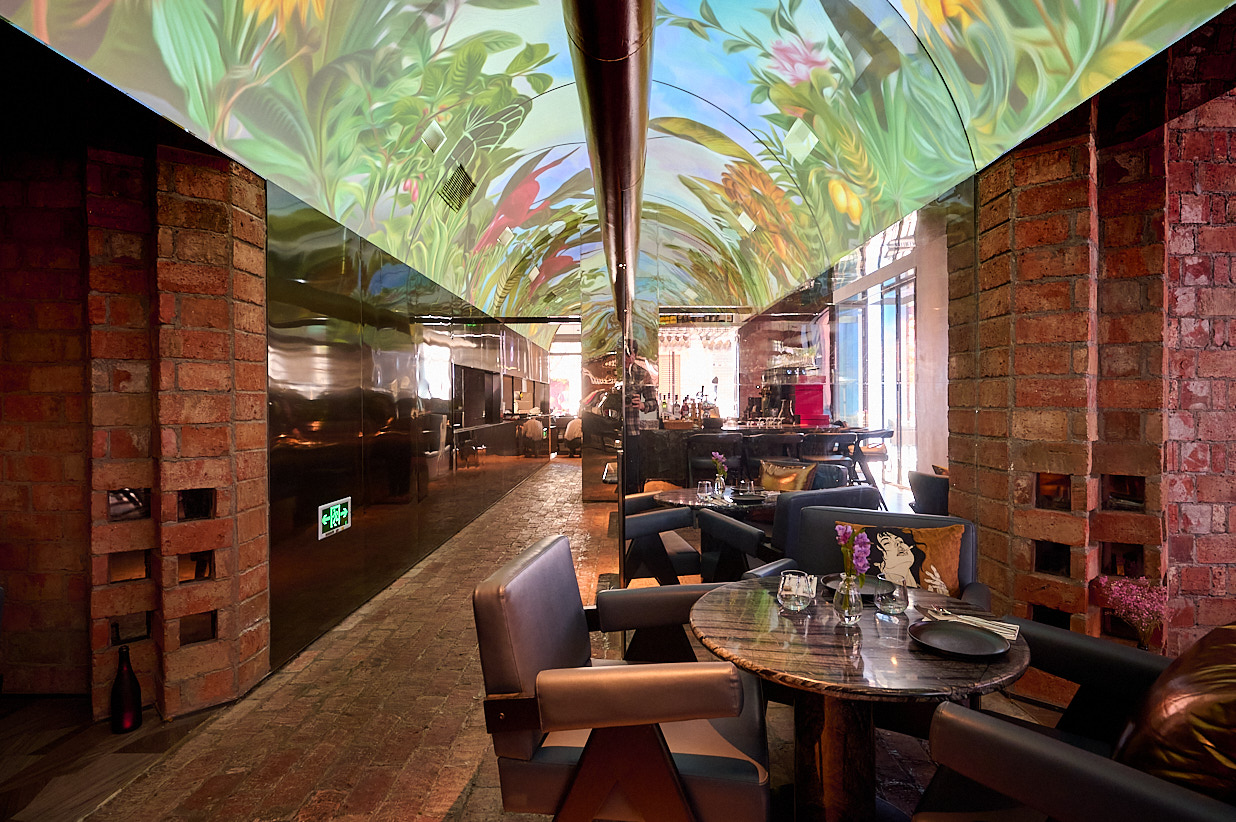 Venture down the length of the restaurant and there is a domed projection ceiling displaying mixed media art by day, and a starlit night by the evening; the primary gimmick of the venue’s décor. 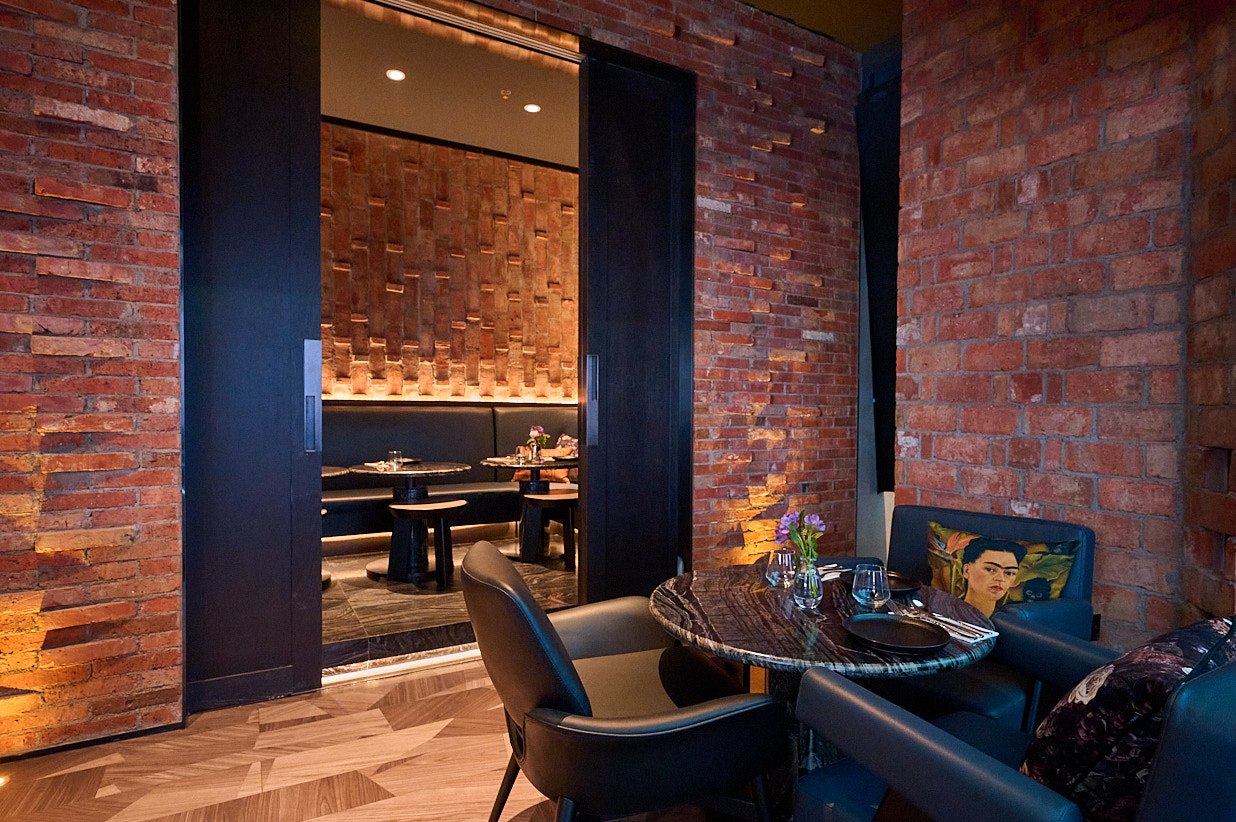 A sleek black marble bar anchors the space at the end with a well-appointed wine closet off in the perimeter. It’s evident that some cash was splashed on this place, but considering Yum China’s 8.5 billion USD annual revenue, nobody took a dent.

The Food: Pizza Hut can sometimes really hit the spot if the inner fat kid has a hankering. Get one of those mystery steak sizzling platters with a Supreme pan pizza and I’m in business. Chalk it up to nostalgia; the flavor of the signature pan pizza hasn’t changed much since the early 90s, when it was destination dining for many in the US, complete with buffets, pitchers of beer and arcade games. There is also something to be said about fast food corporations that can spend millions on R&D on shaping flavor profiles to appeal to the masses. Health concerns aside, a lot of it just tastes pretty good. But did Pizza Hut hedge some of that corporate firepower into developing the food at Les Élites? I was cautiously optimistic.

Billed as a French restaurant but the menu is a smattering of continental fare. There are two business set lunch options at 88 and 128rmb, but it’s really just an entrée with a beverage. À la carte remains a more viable option as of the 10 set lunch options, 5 were unavailable during our visit, citing that materials ran out the night before. 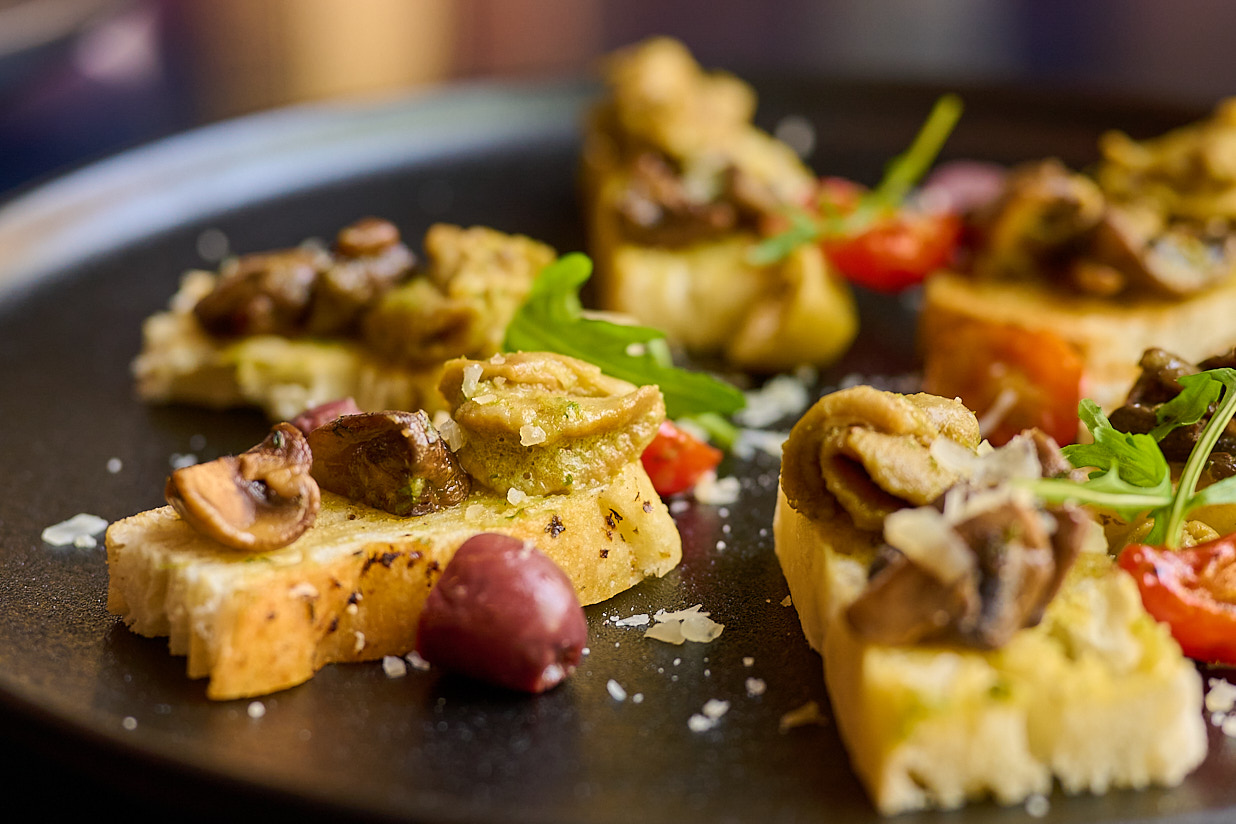 There are levels to the Escargot game. At the top is Coquille with Villa Le Bec not too far behind, and the bottom traditionally occupied by Saizeriya. This version seems to be vying to be crowned Shanghai’s worst. Desiccated morsels of snails with only the faintest hint of garlic and butter, with cold mushrooms on soggy pieces of bread. Of the four pizzas on the lunch menu, two were available. The usage of a combi oven to bake their pizza as opposed to the more traditional deck ovens yielded an undercooked doughy pie with zero char. The bland and characterless ingredients didn’t further the cause; the only flavor that came across was the balsamic reduction. This would not even pass muster at a regular Pizza Hut. 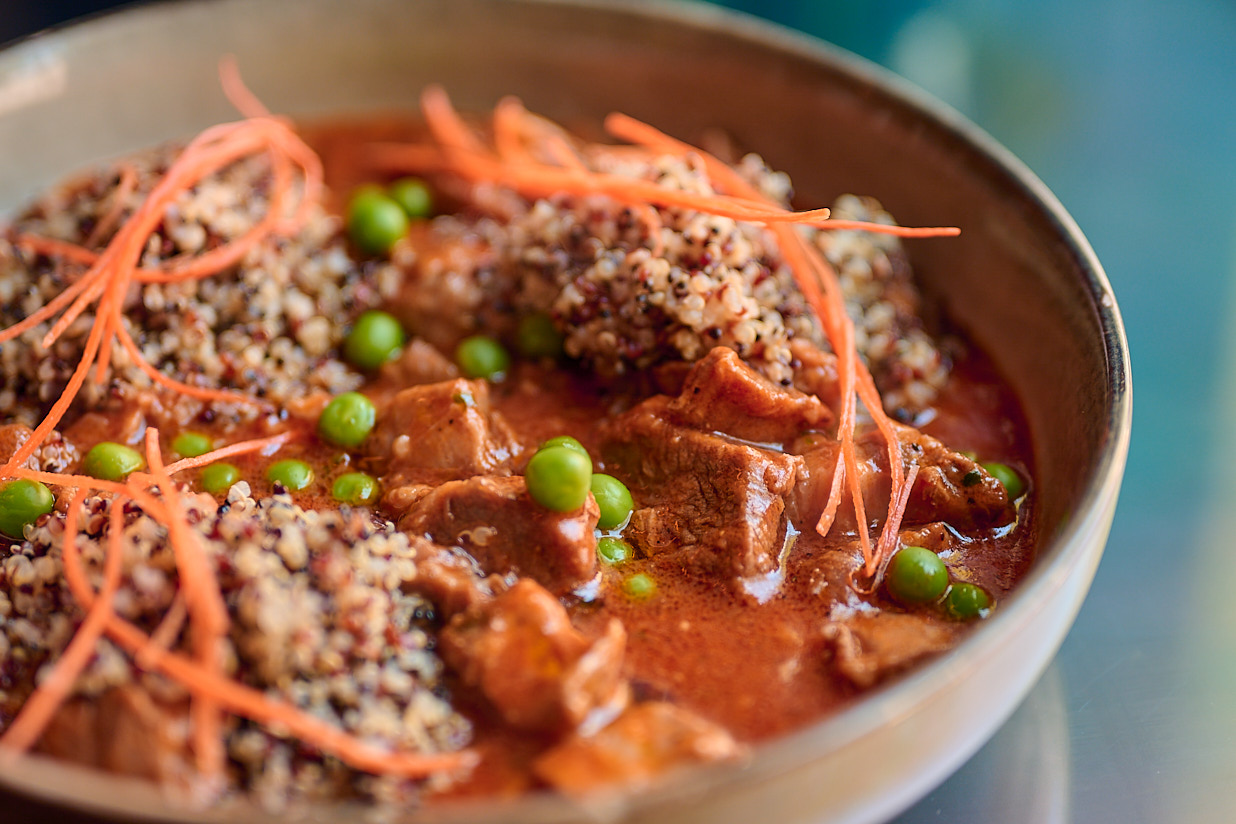 Fork tender lamb with rainbow quinoa, in a well-presented dish suitable for sharing. However, the recurring theme of under-seasoning repeated itself. The watery tomato-based stock lacked much of any flavor to take notice of. Nailed it. Seriously, they have good fries. Would have been perfectly fine with just the garlic mayo as a condiment, but these also came with a few cubes of pork swimming in a light cream broth. The waiter explained that we should pour it on the fries (or not, he quickly added). We tasted the flavorless pork condiment on its own and were confident that it would have completely ruined the fries. 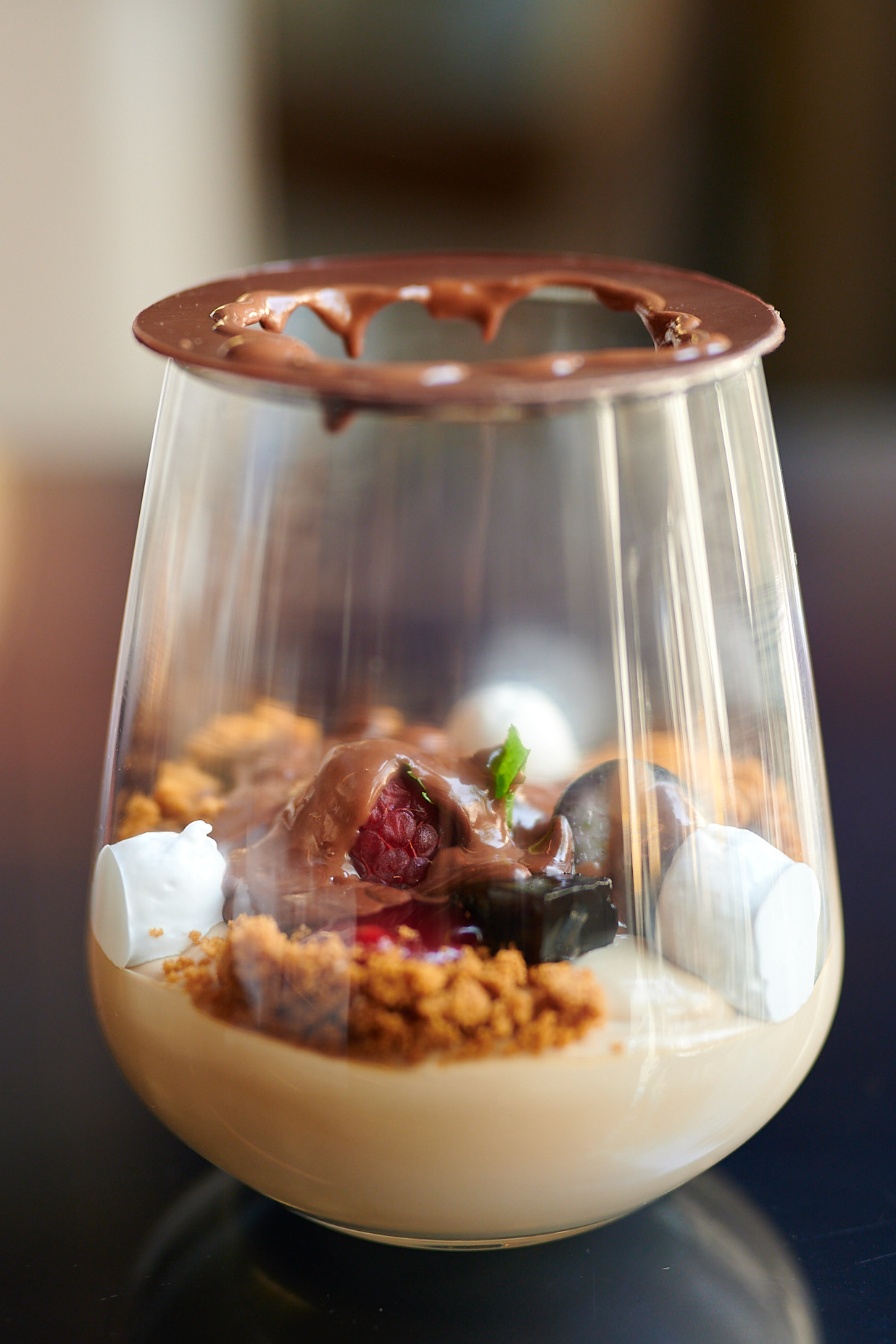 Good aesthetics for the gram/moments. Sum of the ingredients worked well enough together despite not tasting like a tiramisu. The magical part was that heat melts the chocolate.

The Drinks/Damage: A good selection of cocktails priced from 68-78rmb. The L’espresso Martini was quite nice, balanced and strong in caffeine and booze. A good selection of red and white by the bottle and few by the glass. The average bill will come to between 200-300rmb per person. 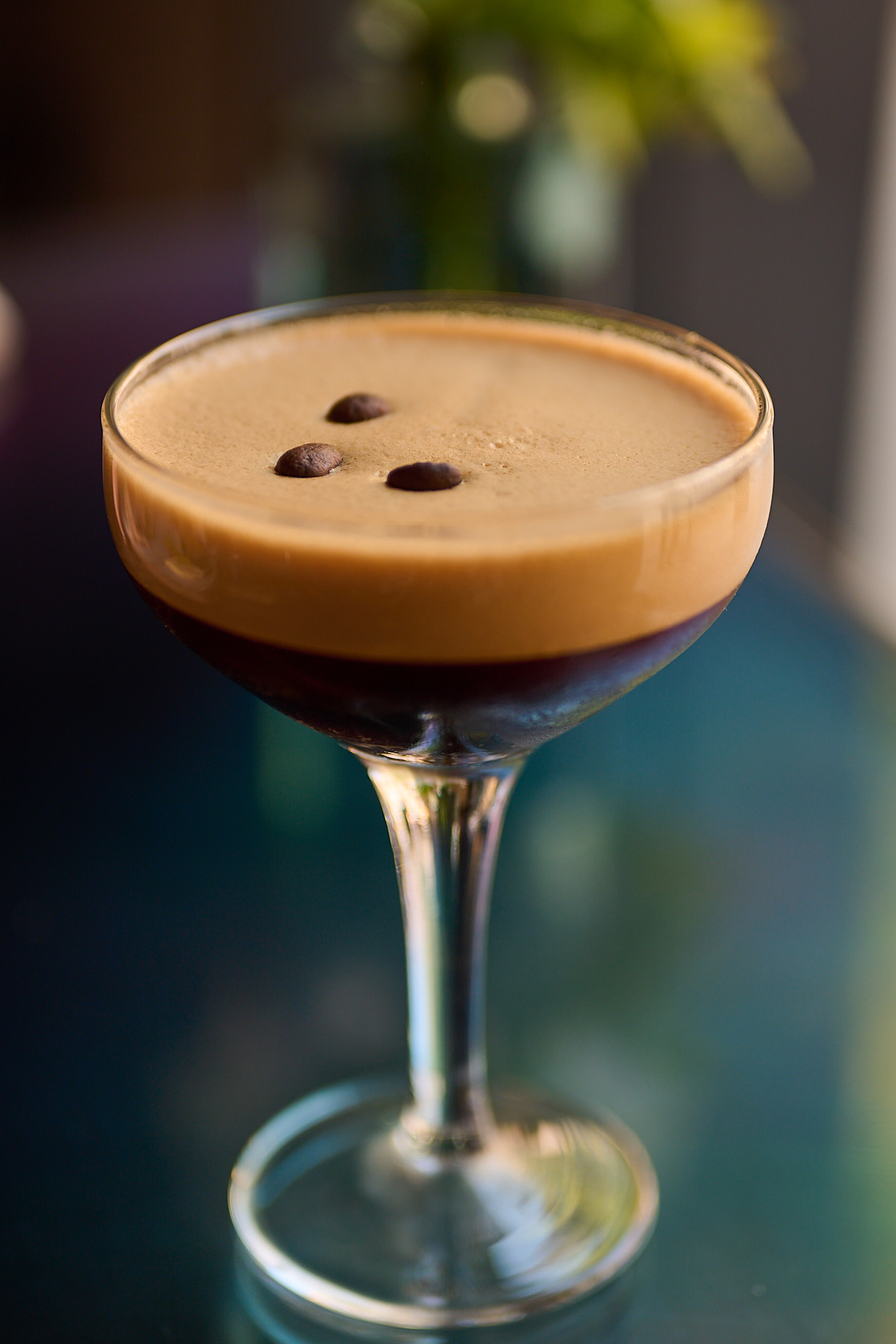 First Impressions: I like that Yum takes some chances in China. Never outside of Demolition Man could I have imagined a table service Taco Bell with margaritas and a live band. They took a swing with Les Élites and missed. If you’re ever curious what the business class food on Lufthansa tastes like, this is a fairly good rendition. The restaurant feels like a corporate experiment, a funded effort to see if the upscale dining model can be cracked by using the standardization methods from the fast-food industry. But, they will have the time and resources to retool all the moving parts. My hunch is that Pizza Hut and Co. care much more about the operational data generated from Les Élites than the profits, a tuition write-off of sorts. 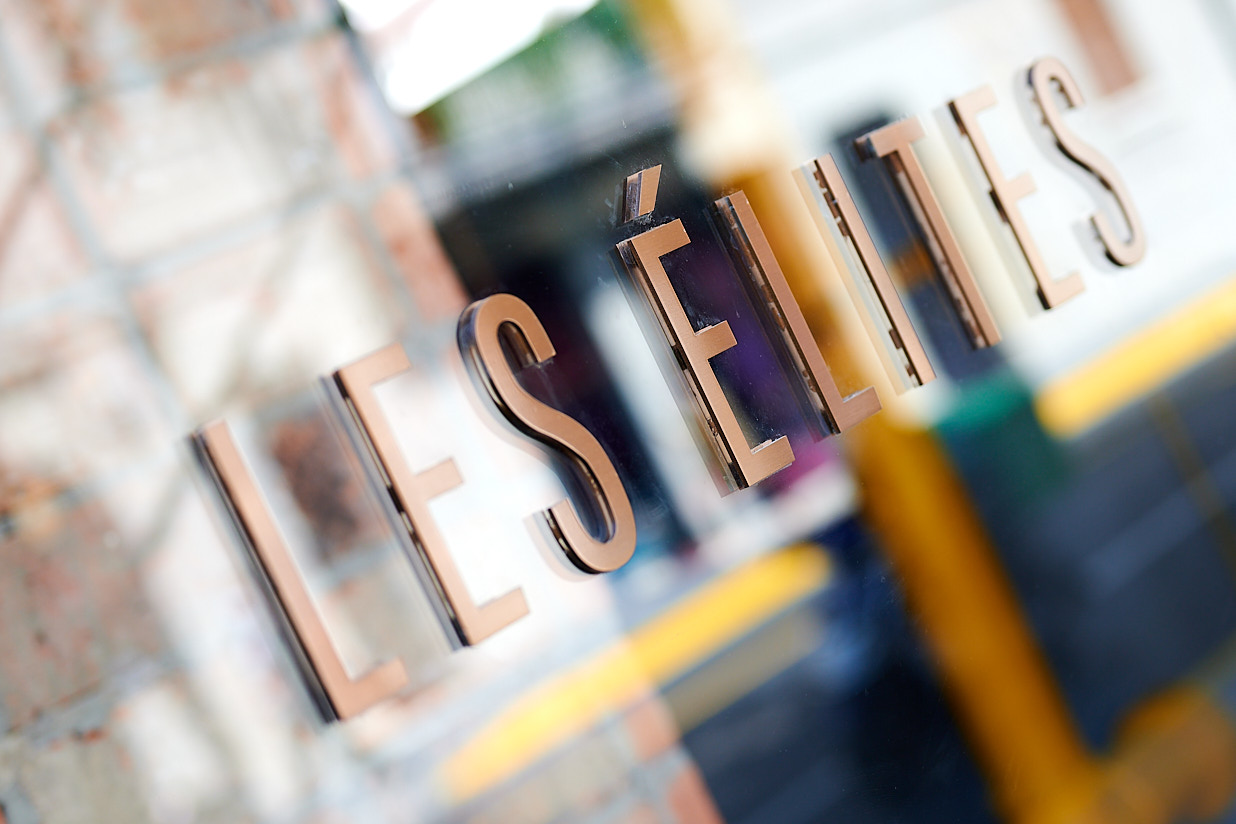 Lunch service was at one-third capacity in a space that seats 100, but the novelty starlit ceiling draws in more curious locals during the evening hours. The service is warm and polite on the surface, but the fact that no inquiries were made as to why nearly all the dishes cleared had the majority of the food still on them shows there is more work to be done.

Les Élites isn't the only place in the city that serves fancy pizzas, follow up on what's listed via visiting SmartShanghai's Pizza Restaurants or Italian Restaurants.