The final piece in the 20 Donghu Lu puzzle.
By Christopher St Cavish
2020-11-30 12:00:00
Photos: Brandon McGhee
On the Radar is a SmartShanghai column profiling new restaurants, bars, and other new places you might like to know about. Sometimes we stumble across these venues and sometimes... we are invited. As such, these are our first impressions and not a formal review. 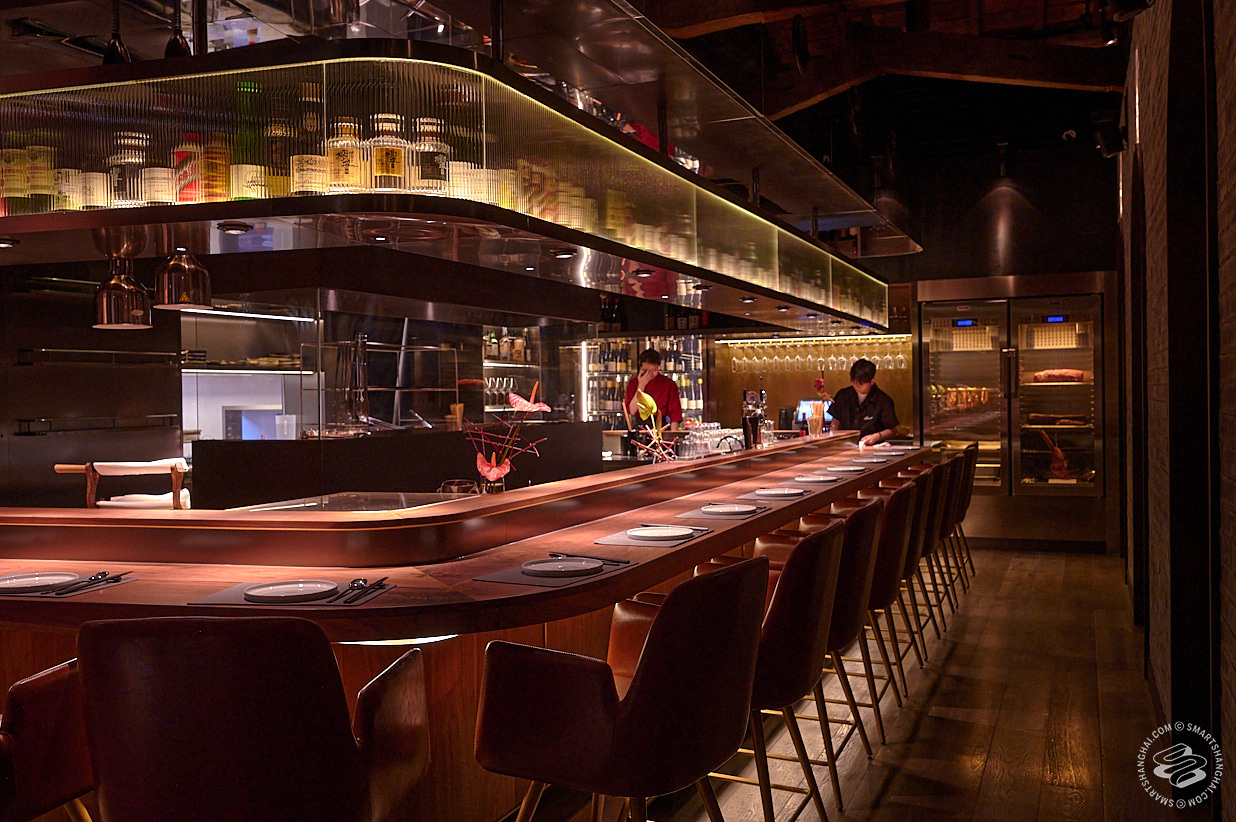 What It Is: High Yaki 2.0. High Yaki but twice as big and with a new menu of fried foods — kushiage and tempura. High Yaki but without the charcoal grills in the bar top. 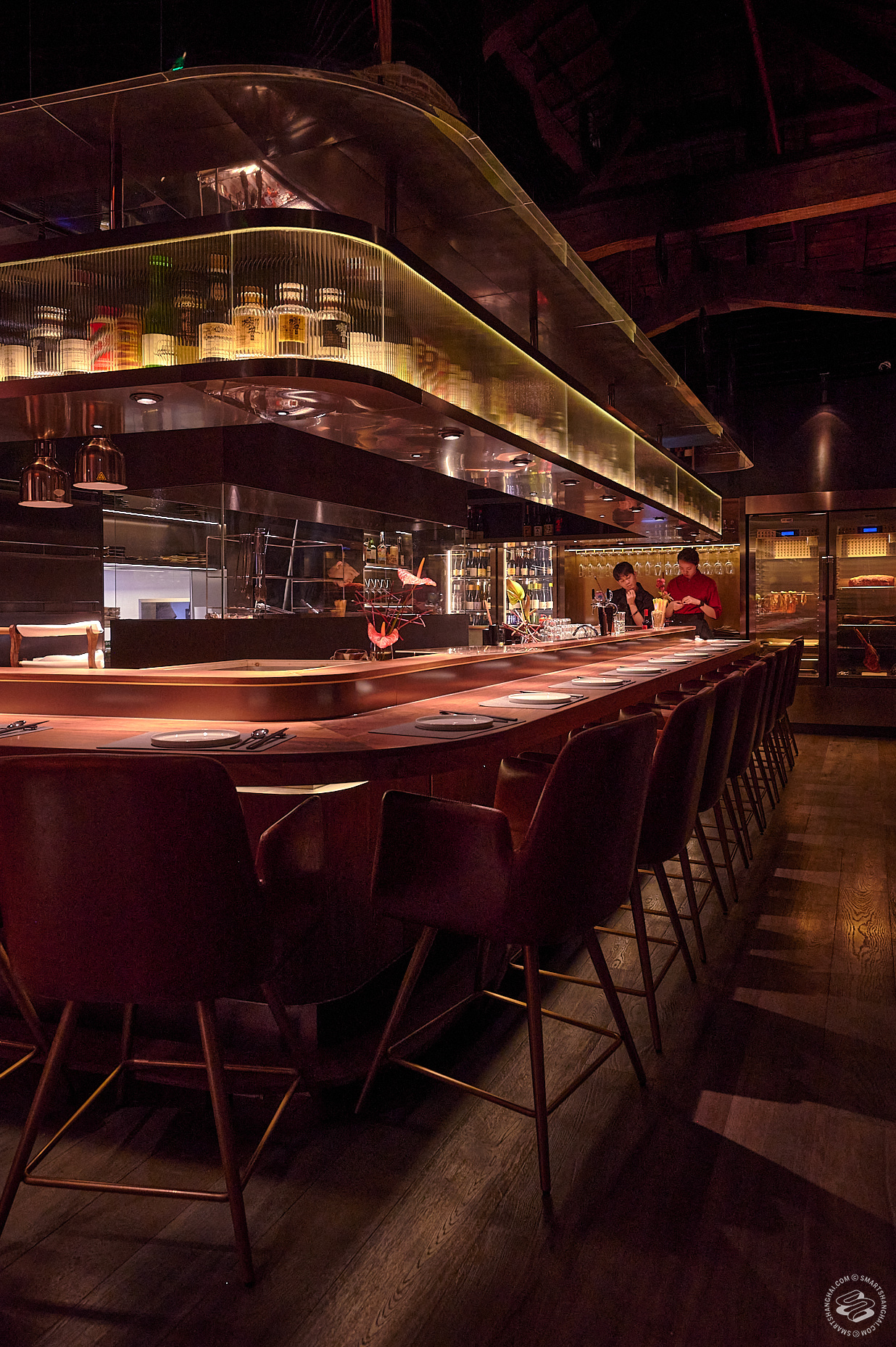 Oh, but you don’t know what High Yaki is… whoops.

You can read this.

Or I can just tell you. 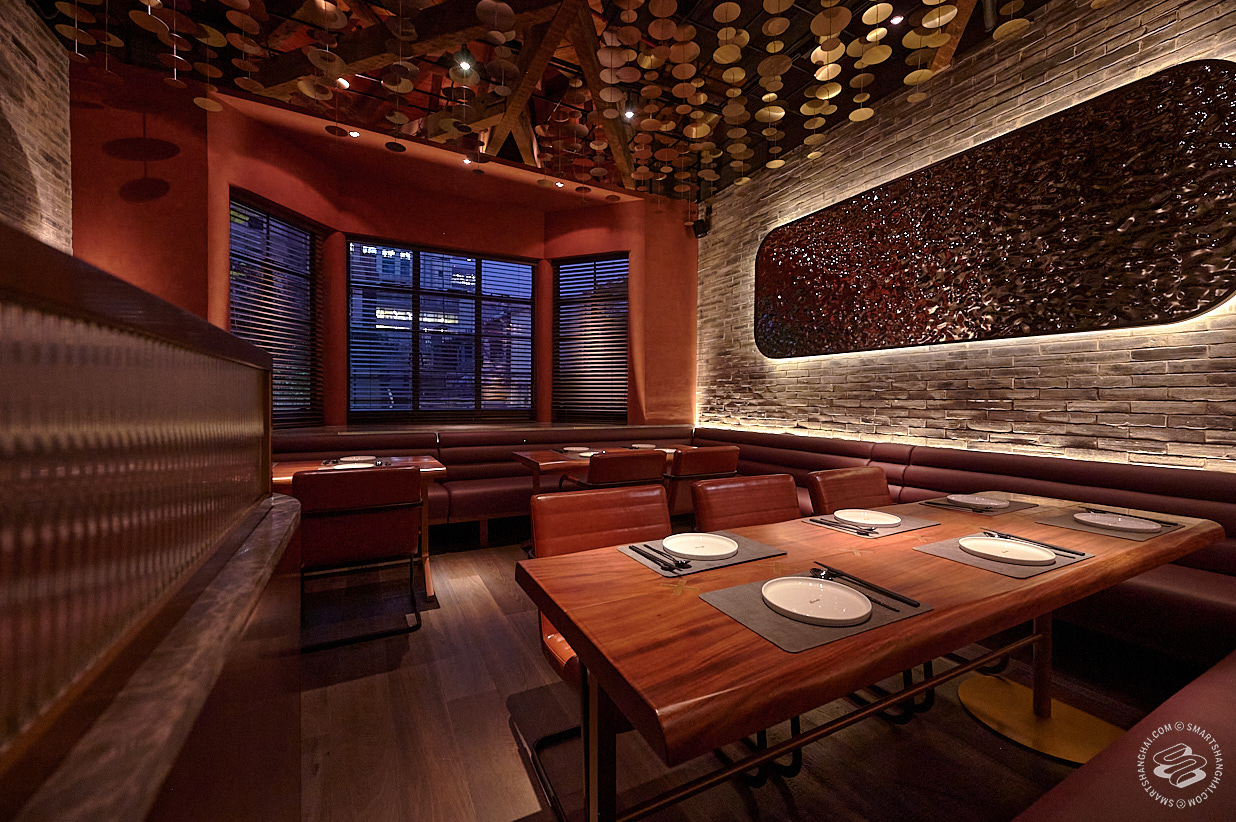 High Yaki is a super popular Japanese grill on Jianguo Lu, serving expensive beef and funky grilled cuts like pork nose tendon. It started life as Nakama, around the corner. Nakama started life because Ochobo, another Japanese restaurant, closed. Ochobo, incidentally, was located… on the second floor of 20 Donghu Lu. The former Ochobo location is now the private room of High Yaki. All of this traces the career of a young, handsome Shanghainese owner who I first met when he was working for el Willy when el Willy was located… on the first floor of 20 Donghu Lu. 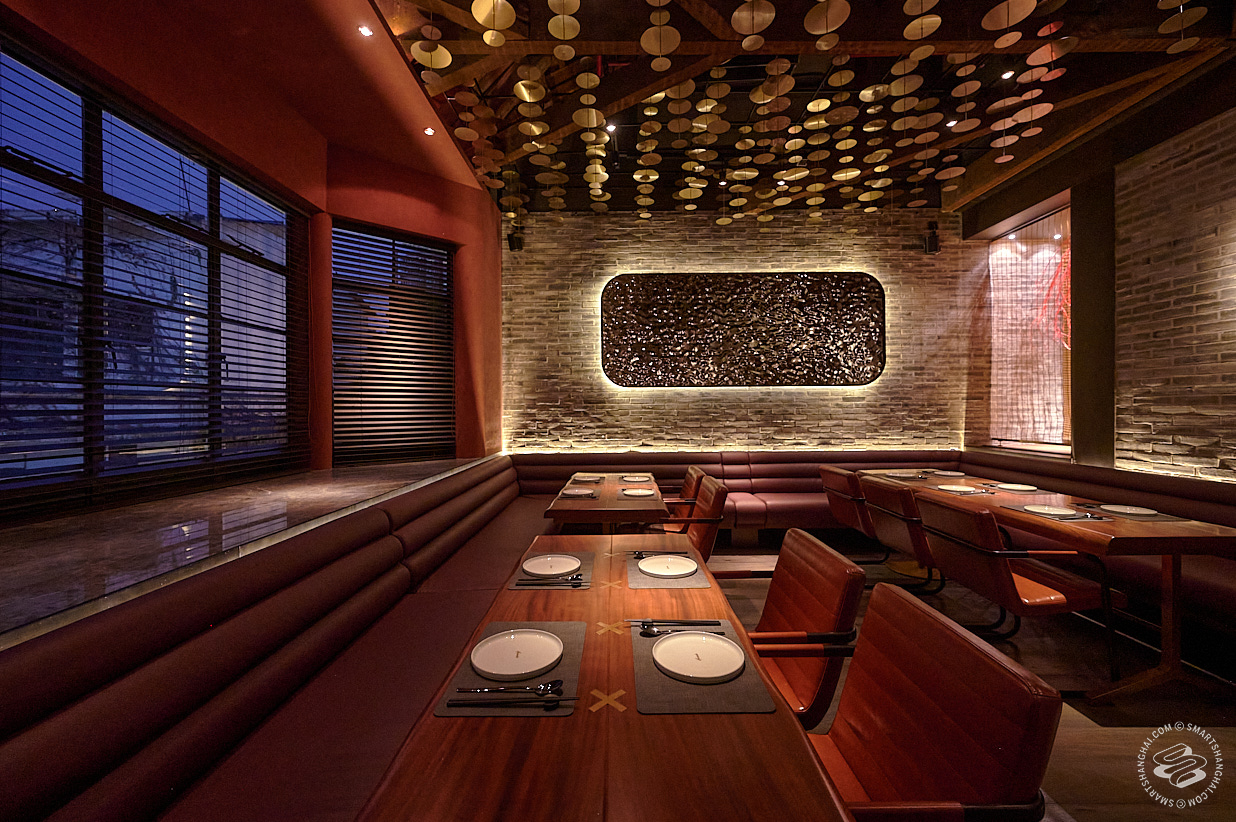 At the time, Sushi Oyama was on the second floor. The former Sushi Oyama location is now the main room of High Yaki. 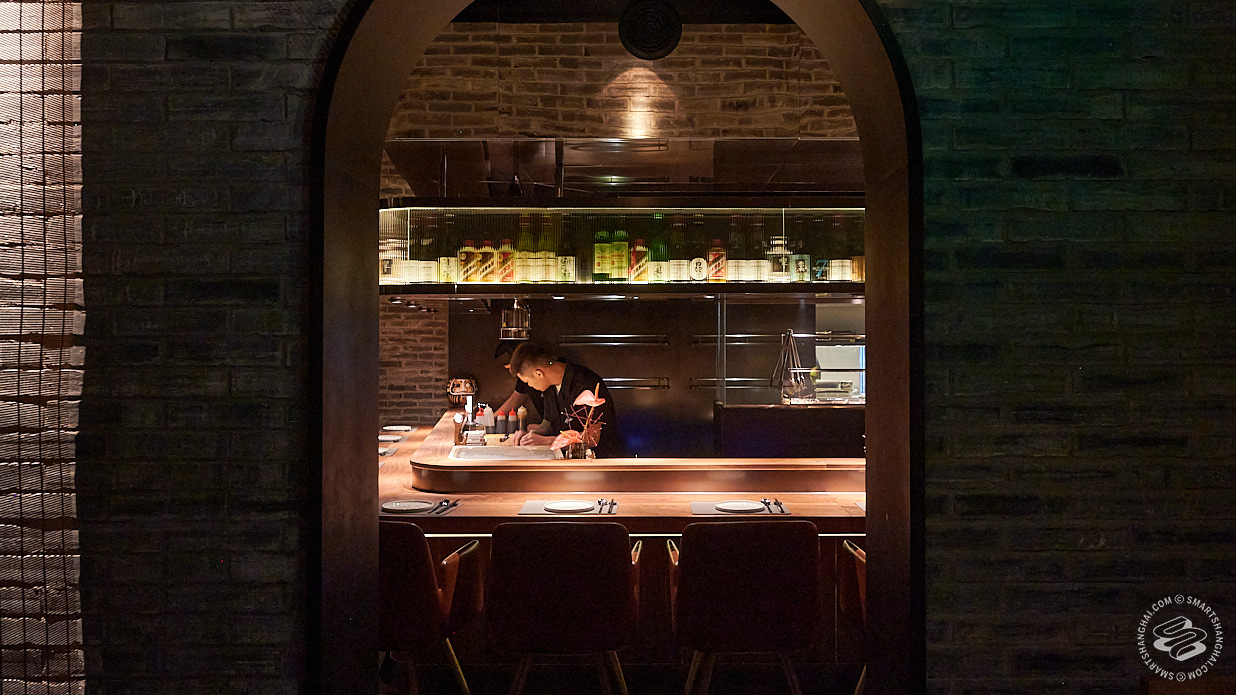 But this historic villa seems to be fate for the owner of Hundo, Justin Xu, and after working here many many years ago as a restaurant manager, he now returns as the boss of the second floor. (The first floor is now Blaz and Cellar to Table.) It’s excellent news.

So if the above means nothing to you, if you are not tracing the many lives of 20 Donghu Lu and its residents, then know this:

Hundo is a dark and sexy Japanese izakaya that will cost you 500-600rmb per person for dinner.

First Impressions: I went early on, before there was even a menu, and Justin sent us a bunch of stuff to try. There was a sea bass sashimi, done Chaoshan style, which means with a bunch of shredded veg and a sauce to pour over / dip. 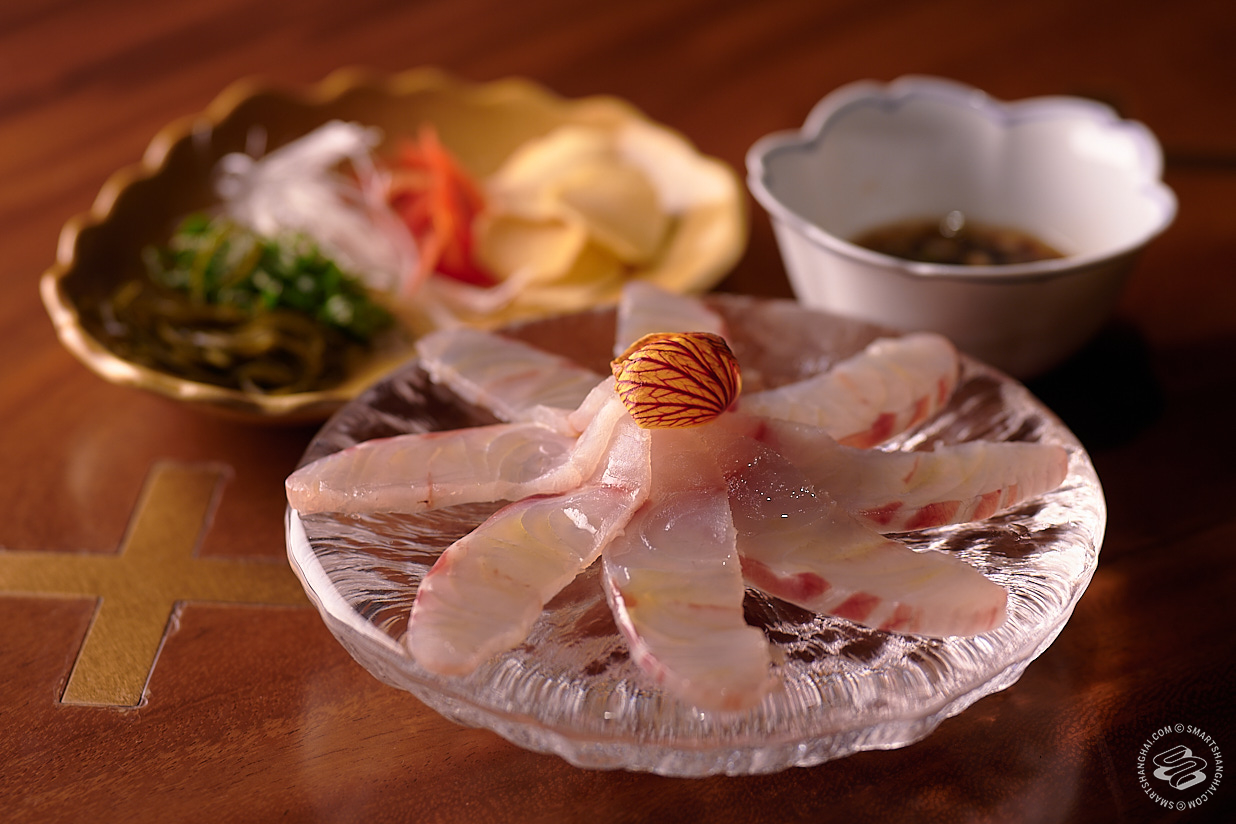 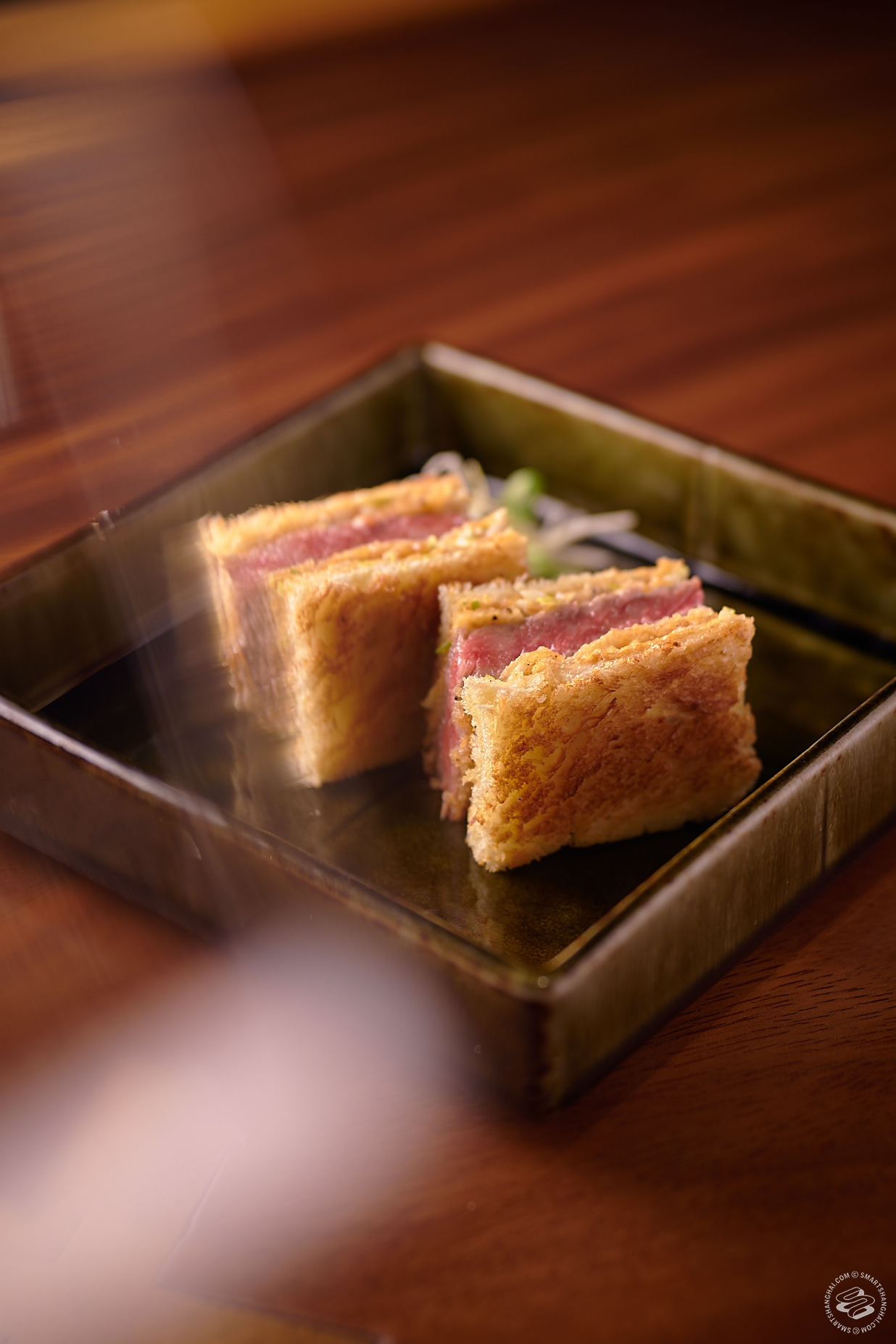 A deep-fried sardine and perilla skewer, and one with pork belly and perilla. I think we also had the short rib and foie gras skewer, and maybe the cheese ball with Iberico ham? It was a lot of fried skewers. 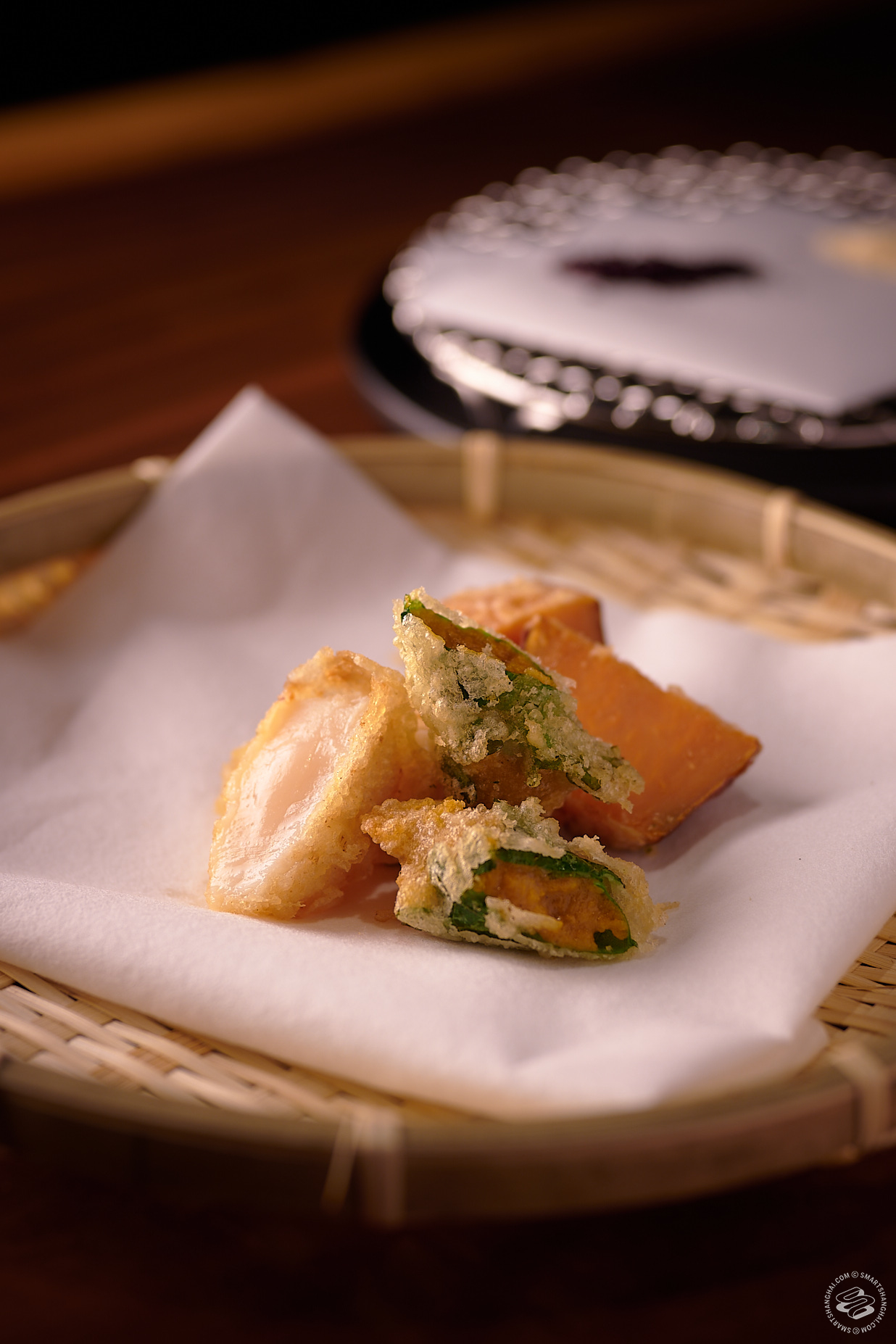 A few bites of yakitori. 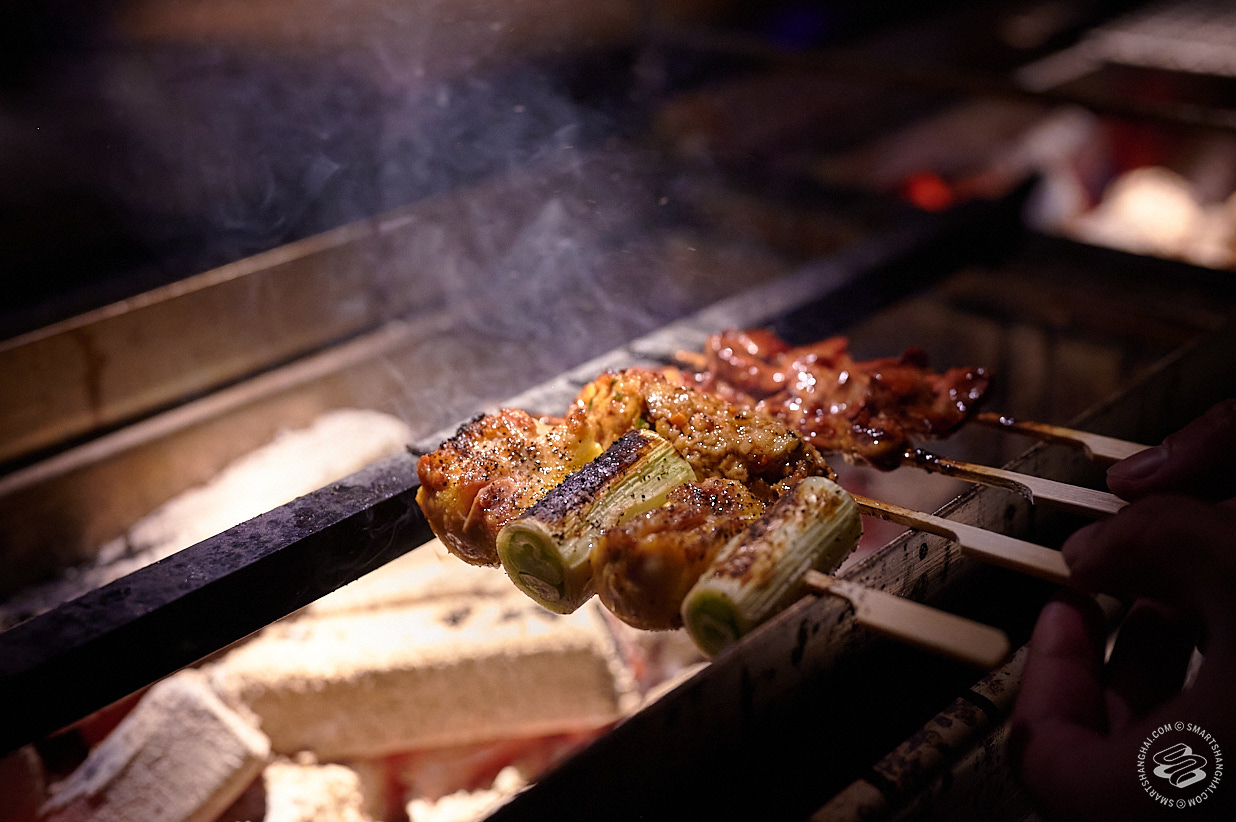 We didn’t do the fancy marbled beef because that’s similar to High Yaki but the group of business ladies sitting next to us did. They also did the expensive grilled Hokkaido kinki fish (180rmb per 100 grams), another carry-over from High Yaki. Everyone was drinking. The vibe was fun. As at High Yaki, Justin was clearly the star of the show. 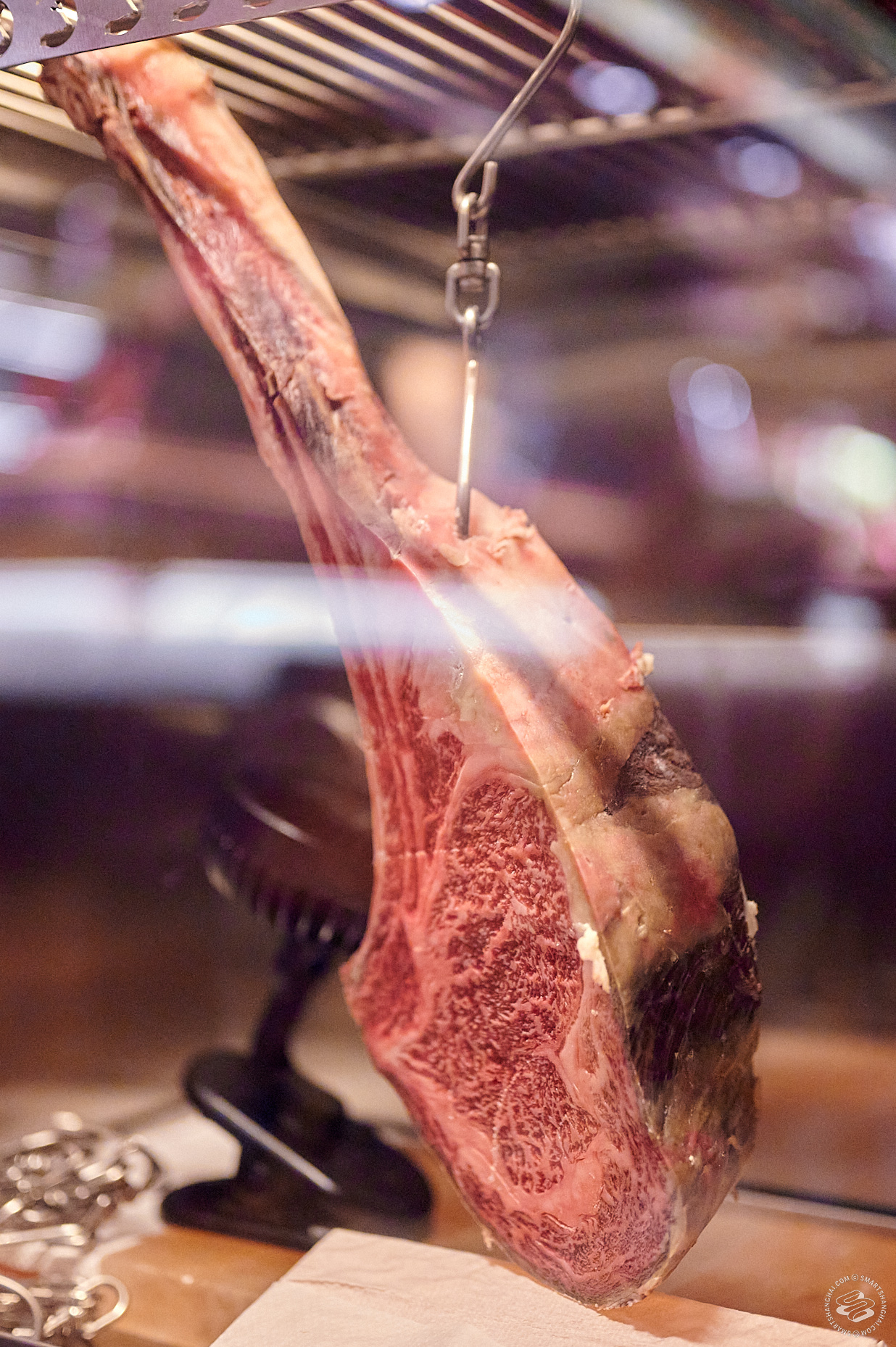 Overall, it’s early days for Hundo. They have taken a much bigger space than High Yaki — nearly enough space for 100 people — and added new things to the menu, so they are still working out how to execute all of that. It’s ambitious. It’s going to take some time to run smoothly. 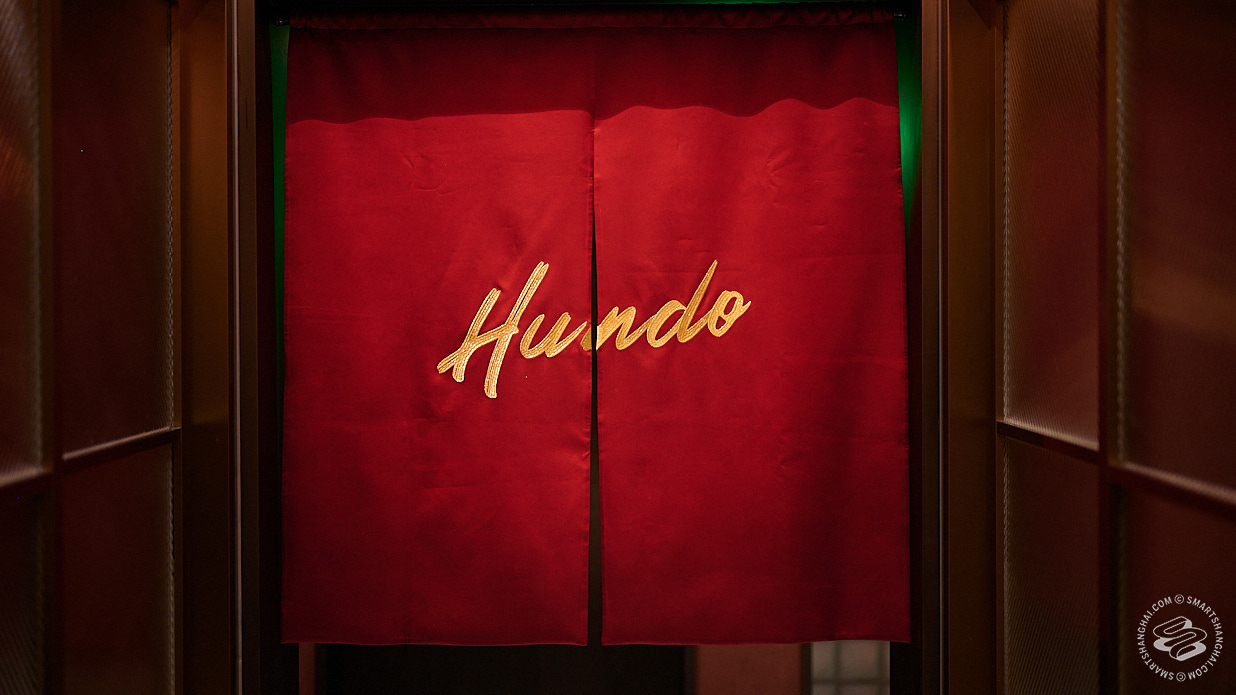 If you’re okay with that, and want a sneak preview of what’s likely to be quite a popular restaurant in 2021, by all means, go to Hundo now. If it’s your first time going to any of Justin’s restaurants, and you want the full experience, perhaps give Hundo another month and try for a counter seat at High Yaki instead.