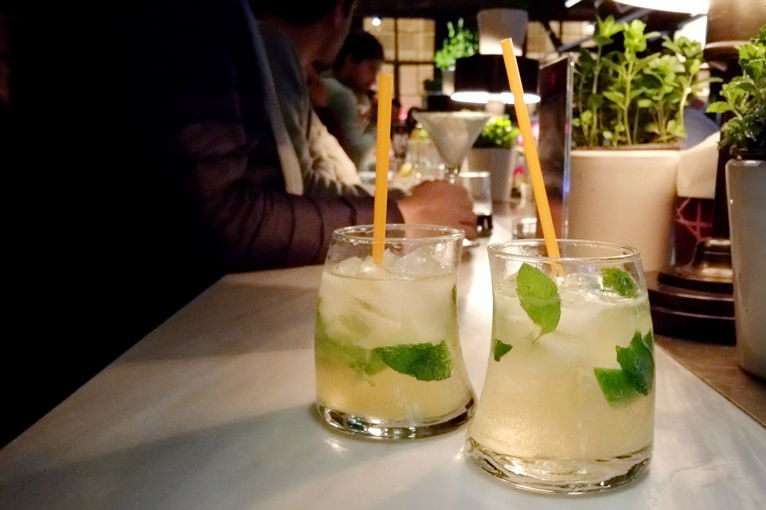 "El Tuesday" - That Free Mojitos Deal at Unico On The Bund

The mojitos are basic and not particularly strong, but you’re in one of the snazziest clubs in town and drinking for free, so no complaints. Until that free hour is up, anyway. There's quite a few more people there for the deal than this though...

Pros: It’s Unico; it’s the Bund; people look fancy and nice; you are, in fact, not paying anything for your mojitos.

Still, being a thirsty freeloader on the Bund is one of the more piquant places on Earth to be such. It works like this: Bartenders set up 10 glasses in a row and make assembly line mojitos. Just as fast as those glasses get topped up, they disappear. Those with slow hands have to wait, unhappily, forlornly, dejectedly, until the next round appears some minutes later. They set 'em up and you knock 'em down. You gotta be quick. You gotta be feisty. It helps if you're thirsty.

At 9.30pm, they start selling mojitos, two for 80rmb. But service is slow. The bartenders couldn’t find a cocktail menu to save their lives, and some other staff members were less than polite -- likely tired from dealing with the hordes demanding free drinks. At least on the occasion we went. To be fair, Unico had two big events on that night, so staff were probably feeling even more stressed than usual. I find also you lose a bit of respect in the eyes of a professional bartender if you've just been standing in front of him for the last hour or so slamming free mojitos in his face and not paying a dime. It's like for some reason they see you like... like some kind of freeloader.

But that's neither here nor there.

Hey, if you can overlook all that, it's still a good time. The place is busy, there's live music and salsa dancing later in the night, and you're drinking inexpensively at a nice spot on the Bund.

Plus, it's a rare free drinks deal that guys can enjoy too. Viva equality.