A pop-up by Tai'an Table, a Homeslice exclusive, Canto roast meats, Sichuan tofu noodles and special pho.
By Christopher St Cavish
2020-11-27 10:00:00
Photos: Brandon McGhee
Is it possible for a mall food court to be good? To be... cool, even? 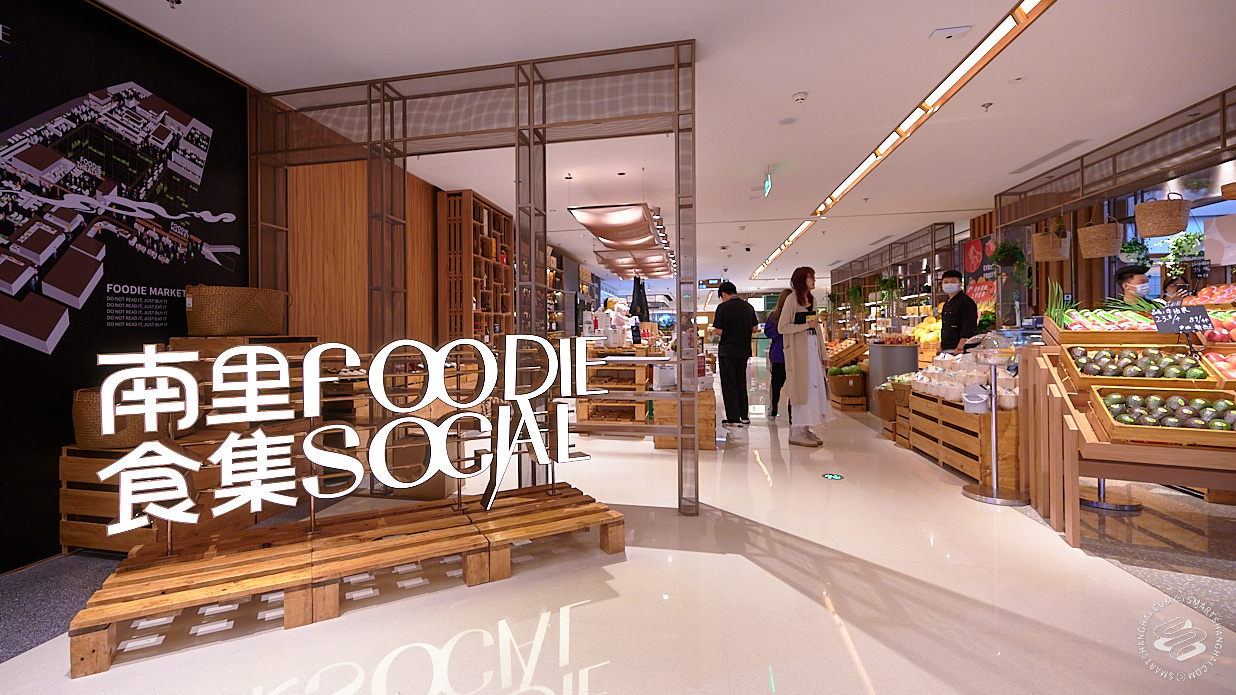 Many food courts have come and gone in Shanghai. The last one people really got excited about was at Reel Mall but that was ages ago now. Who remembers that! 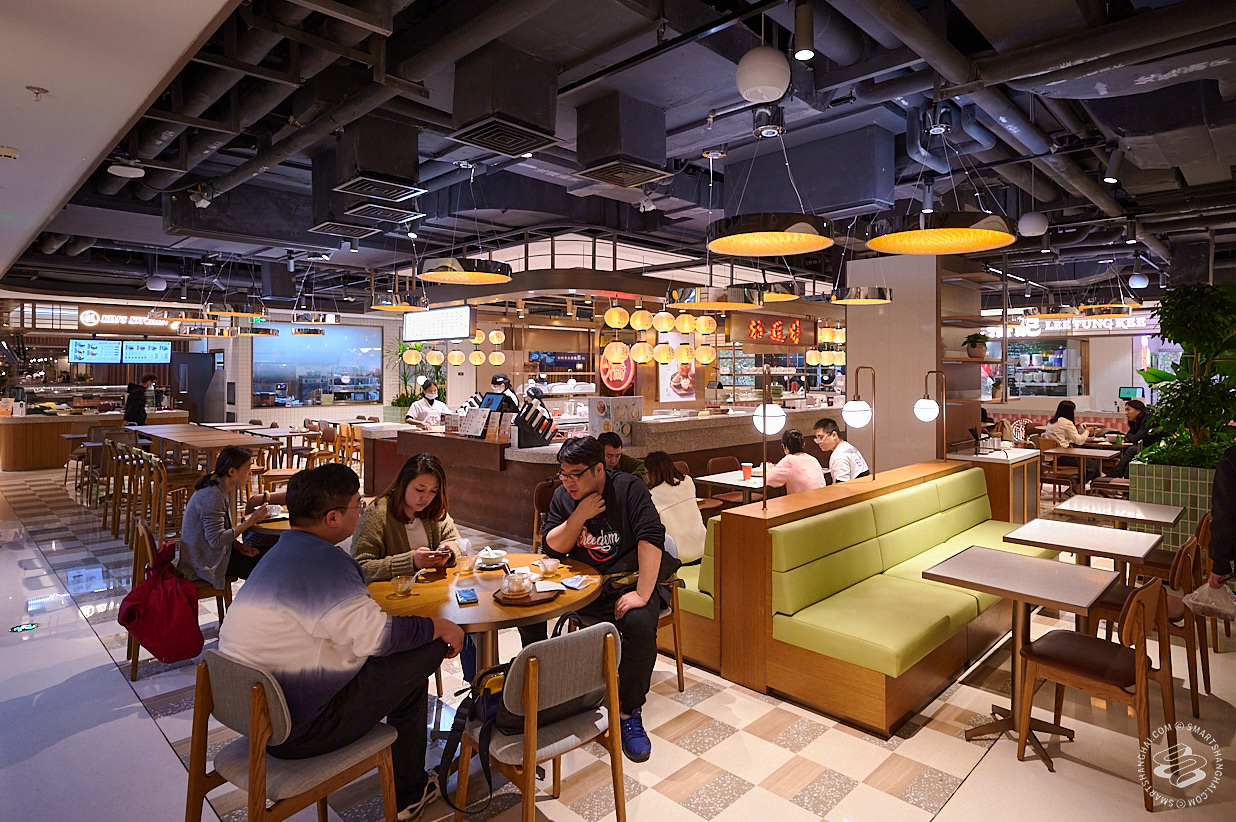 Well, now there is a new one. And it's... it's... it's pretty good for version 1.0! Foodie Social, on the third floor of the Xintiandi mall (where the cinema is), opened last week with more than a dozen tenants. It's more like a little bazaar of micro-restaurants than a generic, homogeneous food court. There are many many choices but we went through on Wednesday afternoon, talked to some friends working there, and sussed out some of the most popular stuff right now. 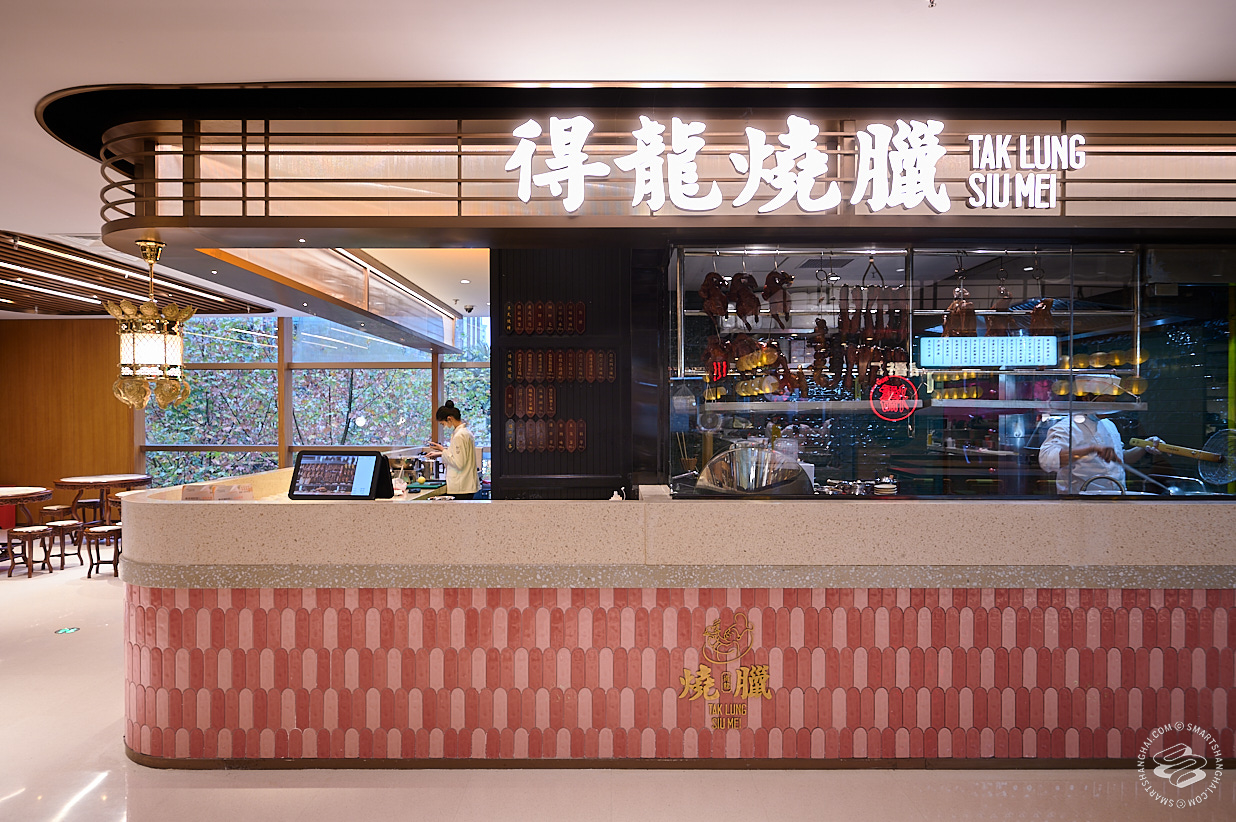 There are others — the Taiwanese crispy chicken place is said to be very good, as is the Korean BBQ bowl shop — but after five stops, we were too full to continue. So take these as a starting point for how to build a Foodie Social eating strategy. 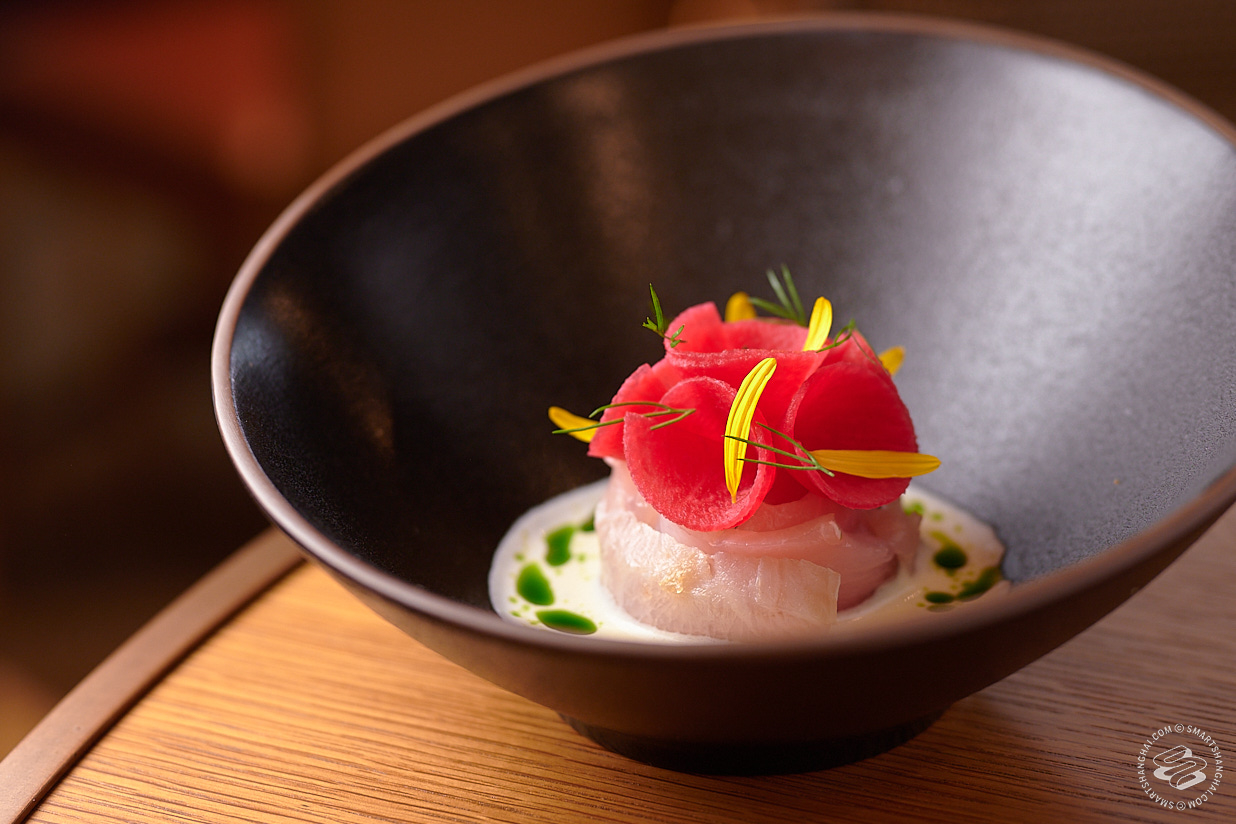 “If you told me a few years ago I’d be cooking in a mall food court, I would have told you were crazy,” Stefan Stiller told me the other day, standing out front of TTXS, his pop-up restaurant at Foodie Social. The extra small counter (hence the XS name) is a far-cry from his two-Michelin star restaurant Tai’an Table — the kitchen at Foodie Social uses all home appliances, for one. But that hasn’t stopped Stiller and his team from cooking the same way he does at the starred restaurant, black gloves and all. 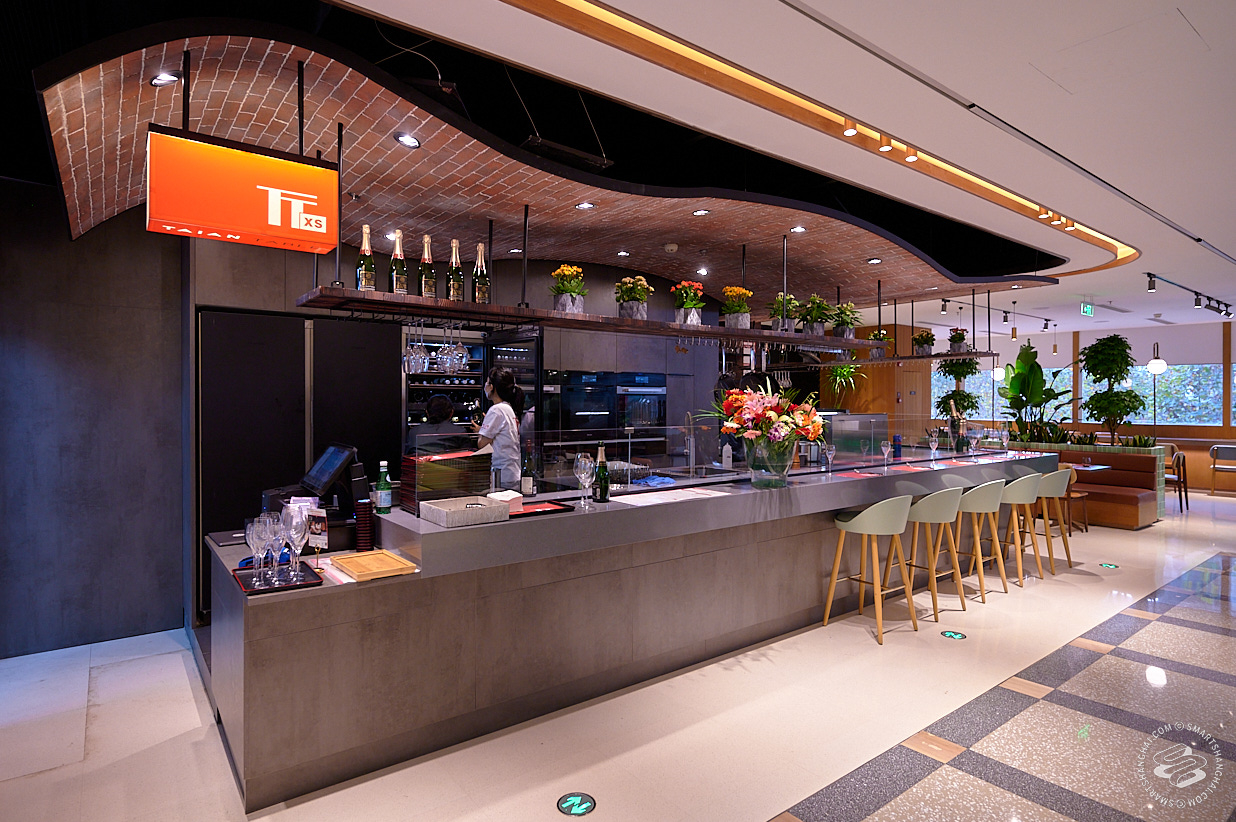 Sous chef Alex Fu, who we’ve featured before, is there for service, as is Stiller himself, now dividing his time between Xintiandi (for lunch) and Tai’an Table (for dinner).

The food is excellent. People are showing up and ordering the entire menu, drinking a bottle of Champagne and then a bottle of red at lunch, and just kind of reveling in the novelty of eating Stiller’s food in a corner of a (very nice) food court in Xintiandi. On the first Sunday, they served more than two hundred and fifty dishes.

I asked Stiller to pick one dish for me to try. He sent five. They were all excellent. No compromises here. I highlight the cured hamachi (80rmb) only because it was first. These will change. Stiller likes to challenge himself by constantly changing menus — Tai’an Table itself is on number 30 right now — and he’s already planning to swap out the TTXS dishes, so if you have your heart set on one of the below, hurry up. 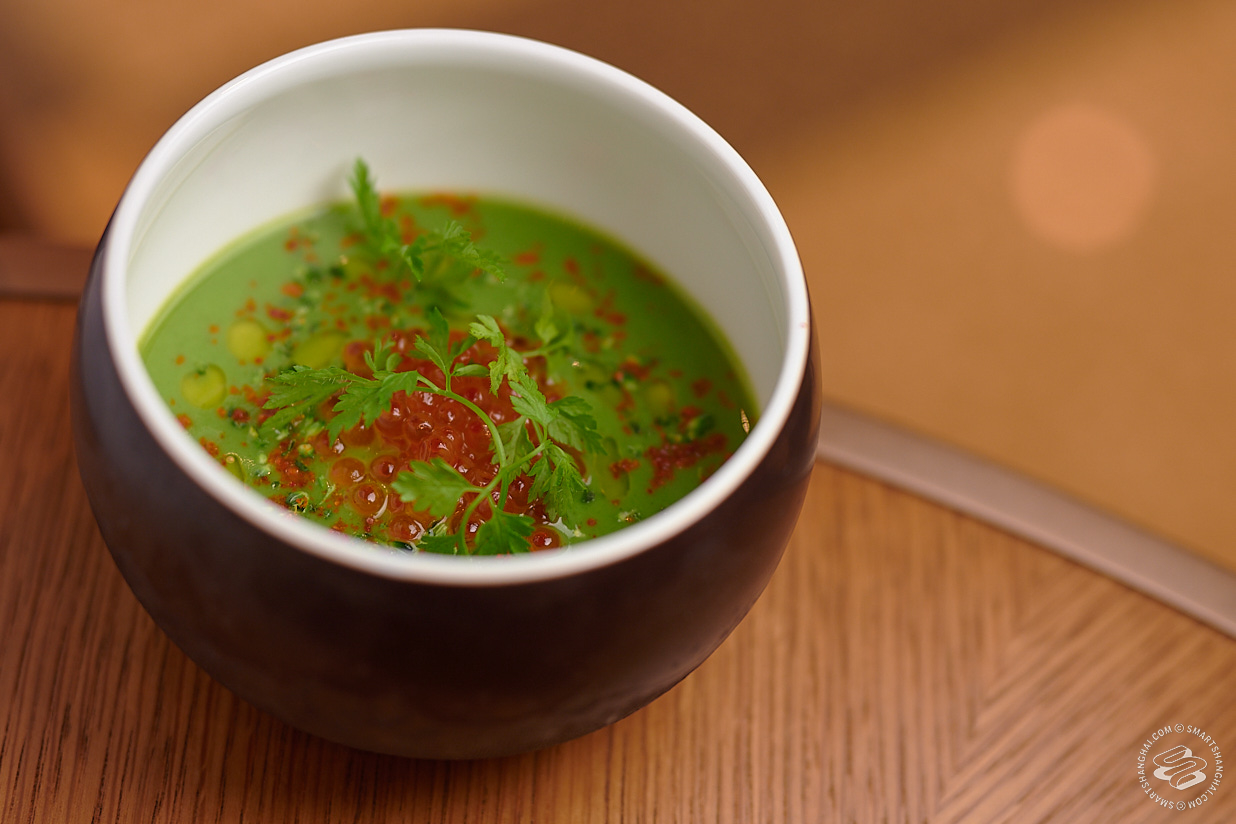 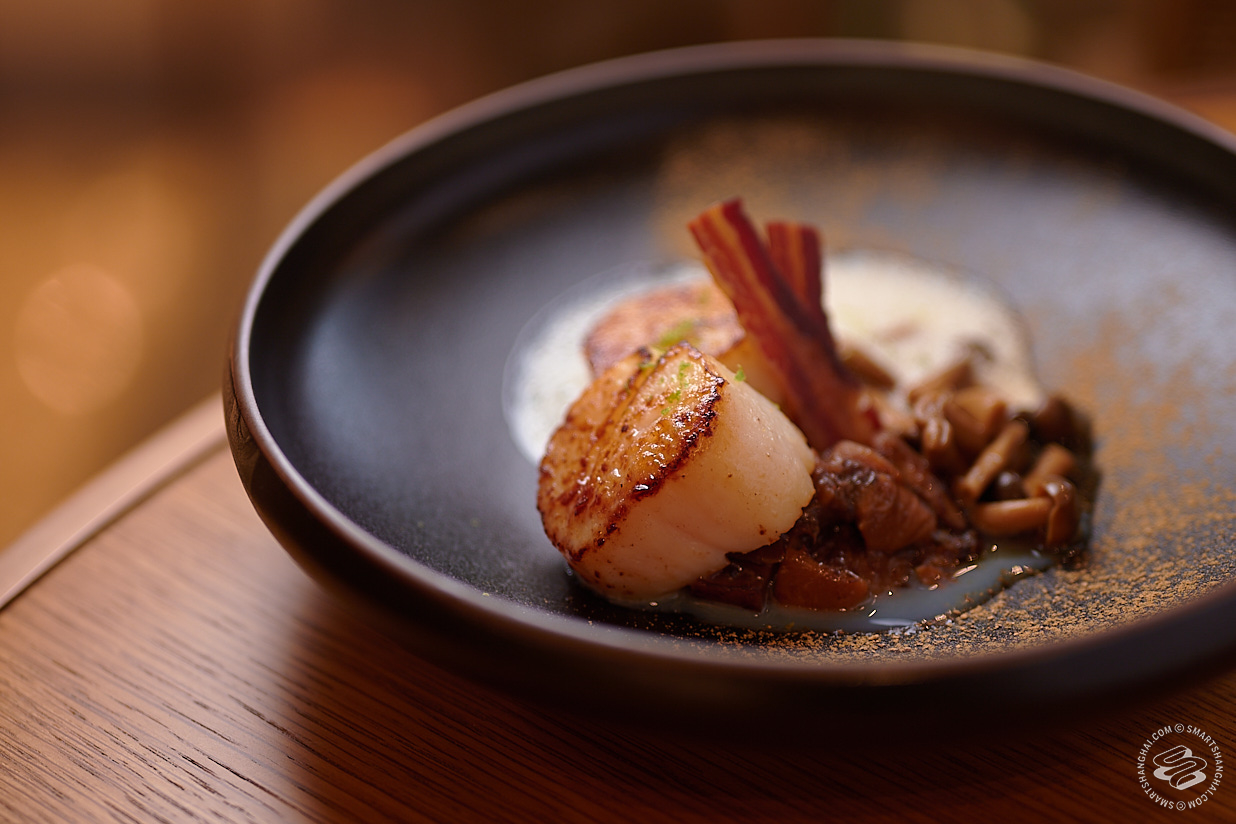 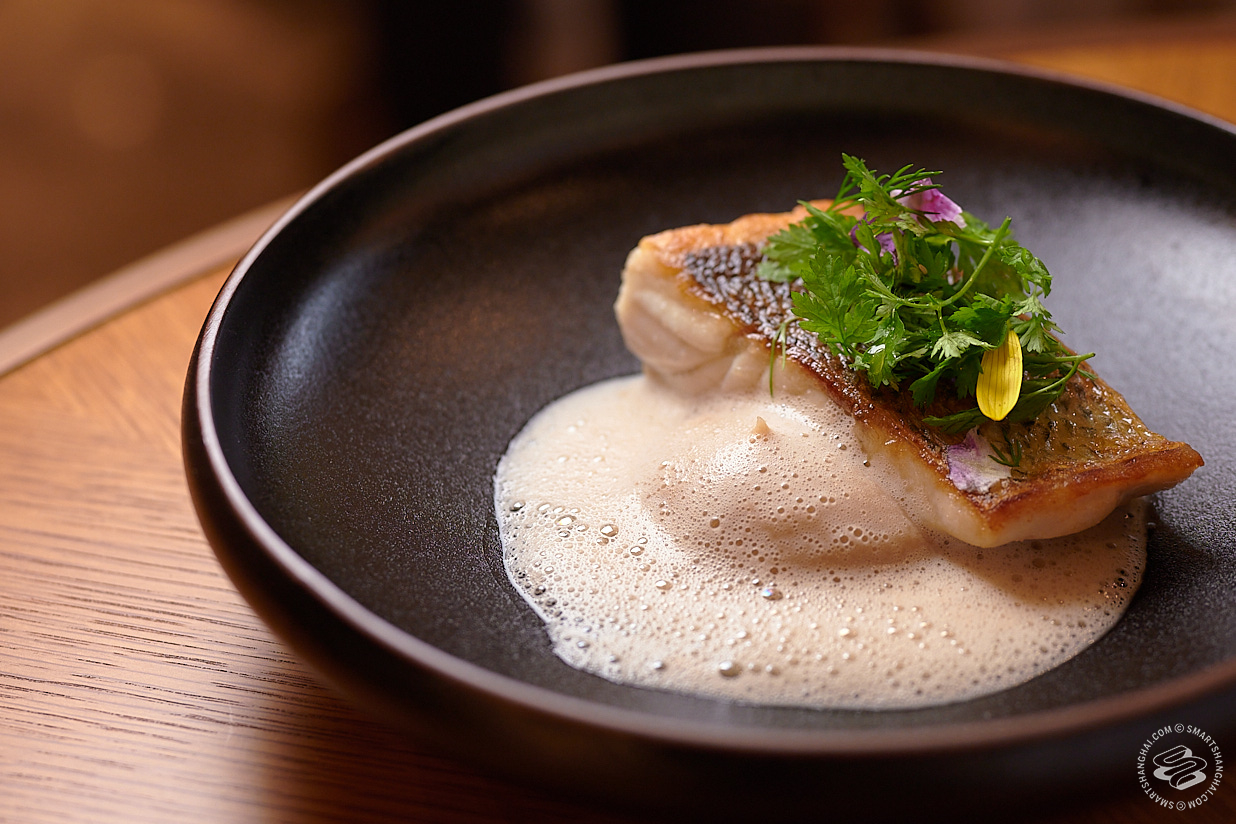 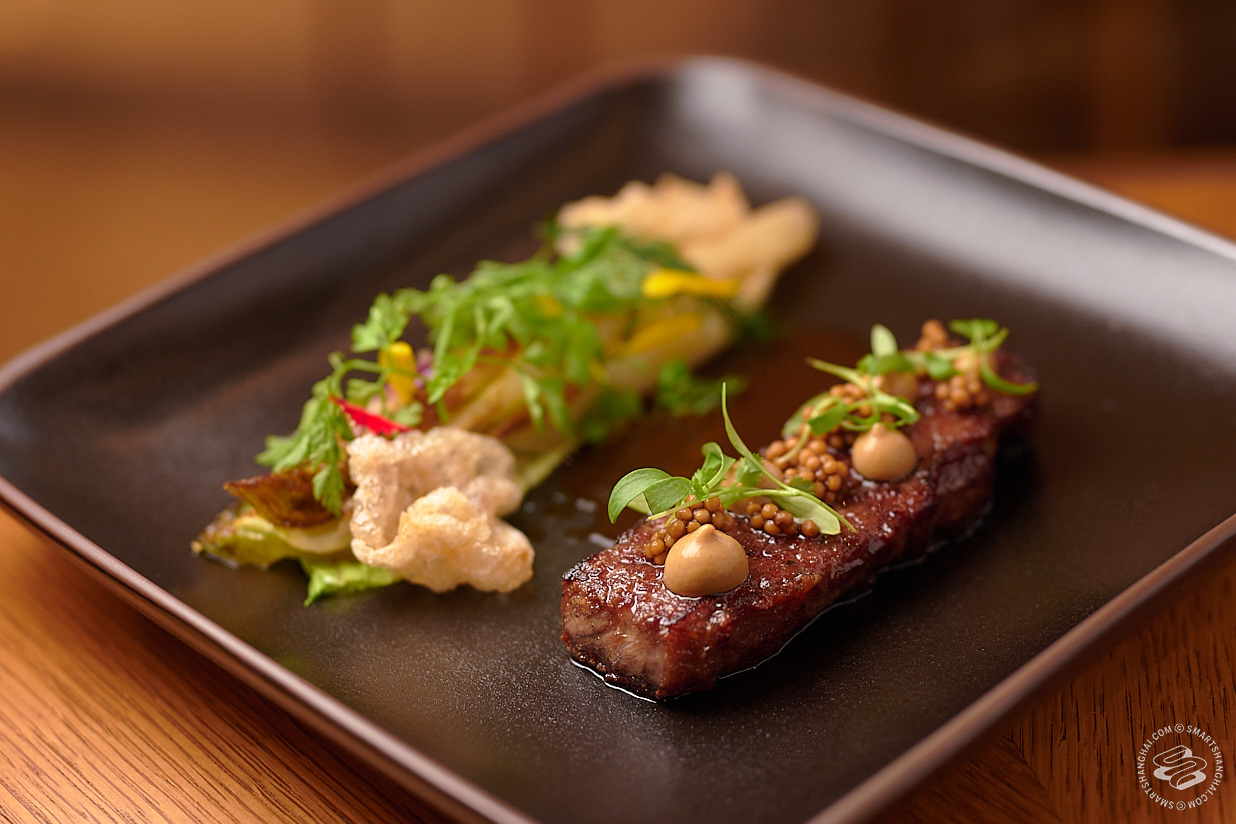 The Black Truffle Pizza at Homeslice 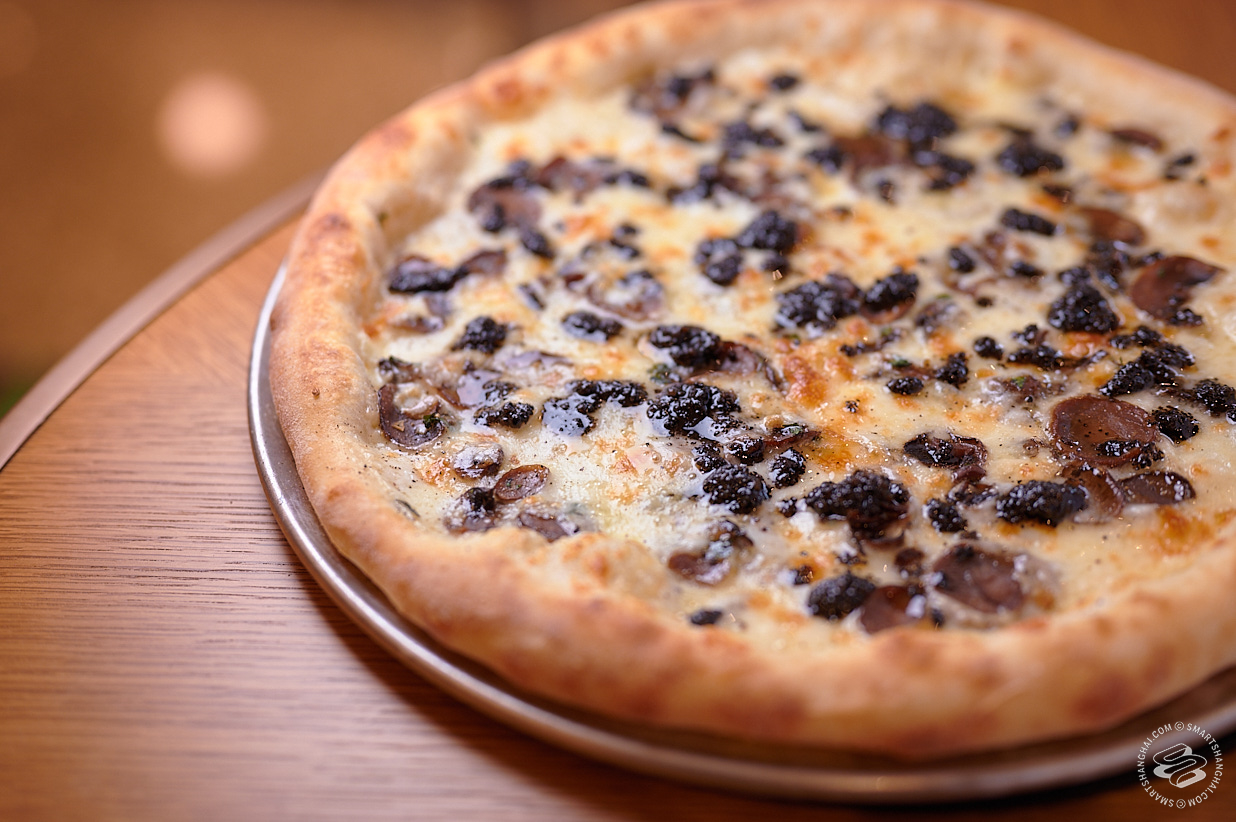 This 12-inch pizza (188rmb) is exclusive to Foodie Social and won’t be making it to other stores and is not available for delivery. It’s a small but punchy pie, made with stinky, funky, washed-rind Taleggio cheese, mozzarella, a surprisingly good black truffle paste from Yunnan (most truffle “products” are awful), and some of Homeslice’s signature garlic mushrooms.

With any luck, this is just the beginning. Since eating at Otto e Mezzo in October, owner Nat Alexander has been toying with the idea of a real white truffle pizza, with the ridiculously expensive Italian mushrooms shaved tableside on to one of his blue-collar pies. I support this and you should too. Go down to Xintiandi and tell Nat in person.

The Combo Pho at Pho Store 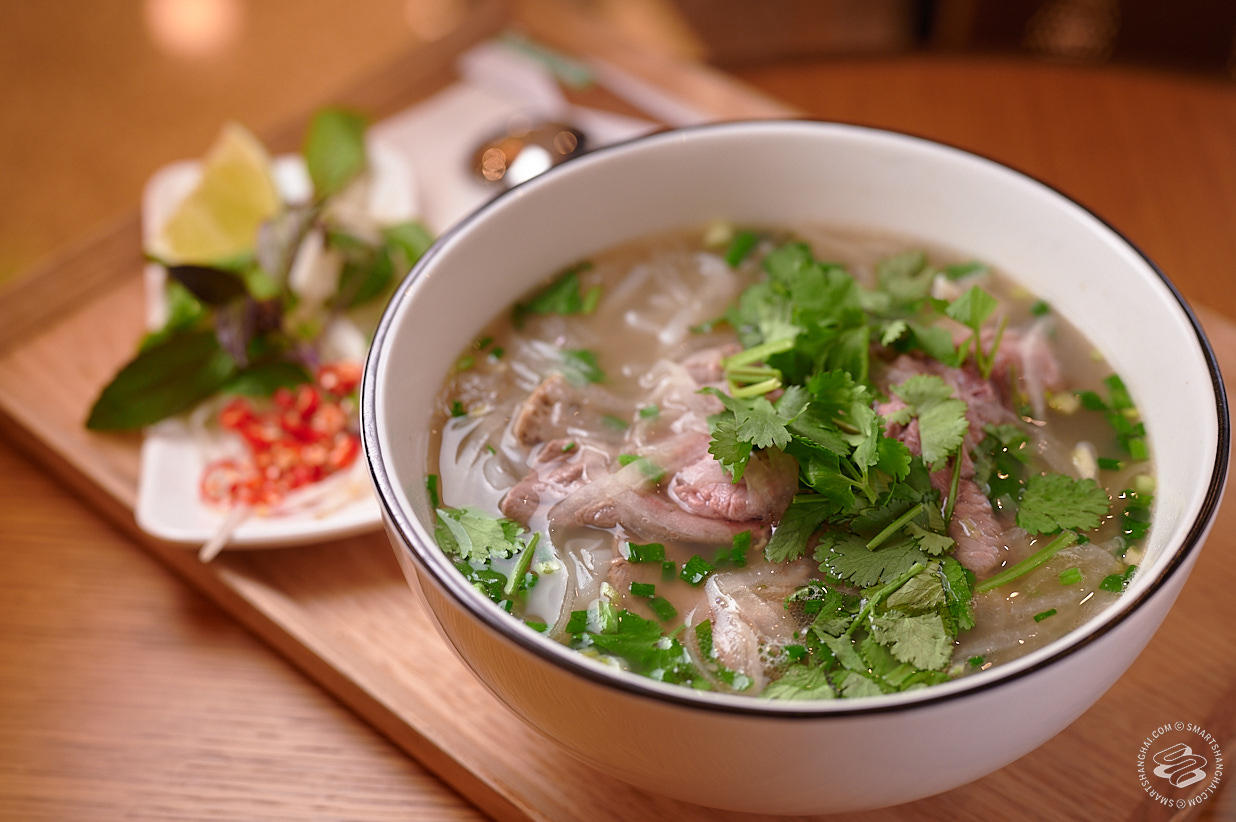 So now, with his second store, in Foodie Social, he’s doing something about it. 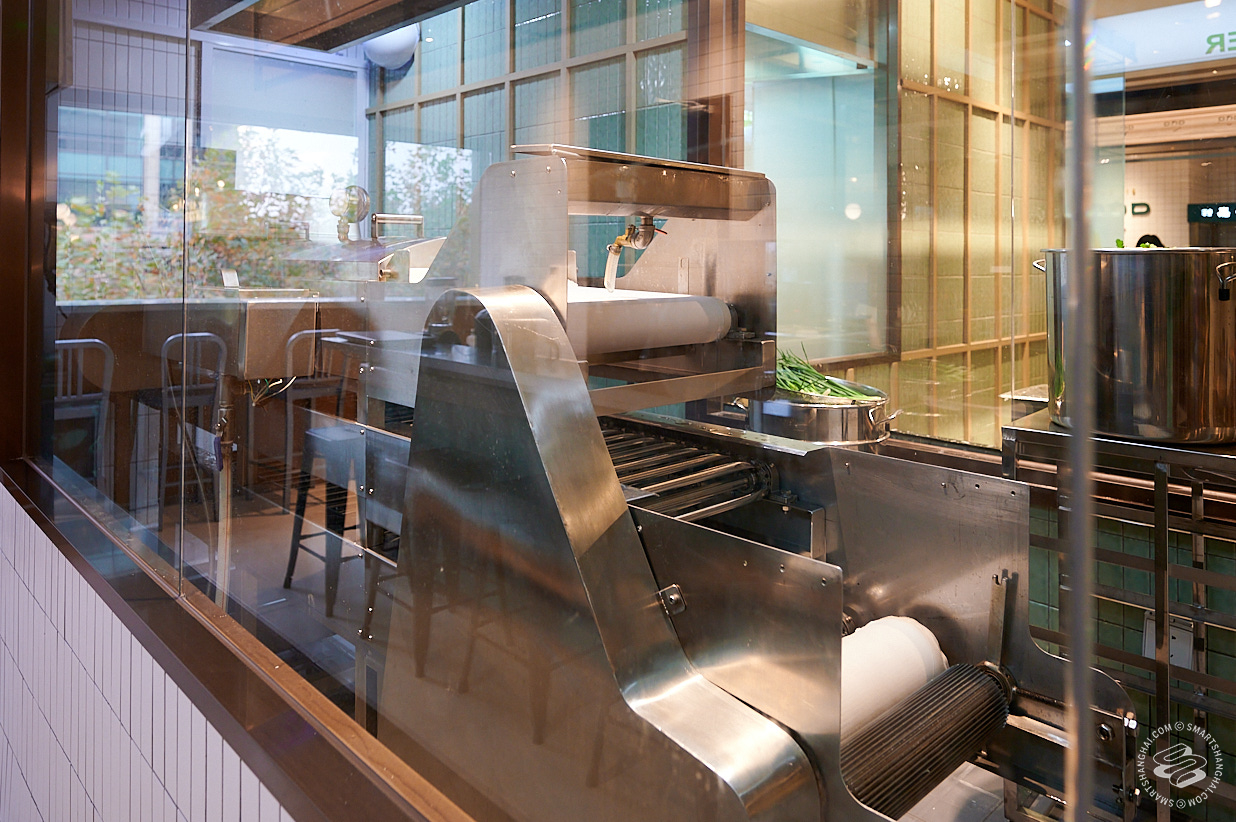 After more than a year of development, he has commissioned a custom noodle-making machine that can make fresh rice noodles with a little snap, the way he wants them. It cost six figures. Now he’s happy. 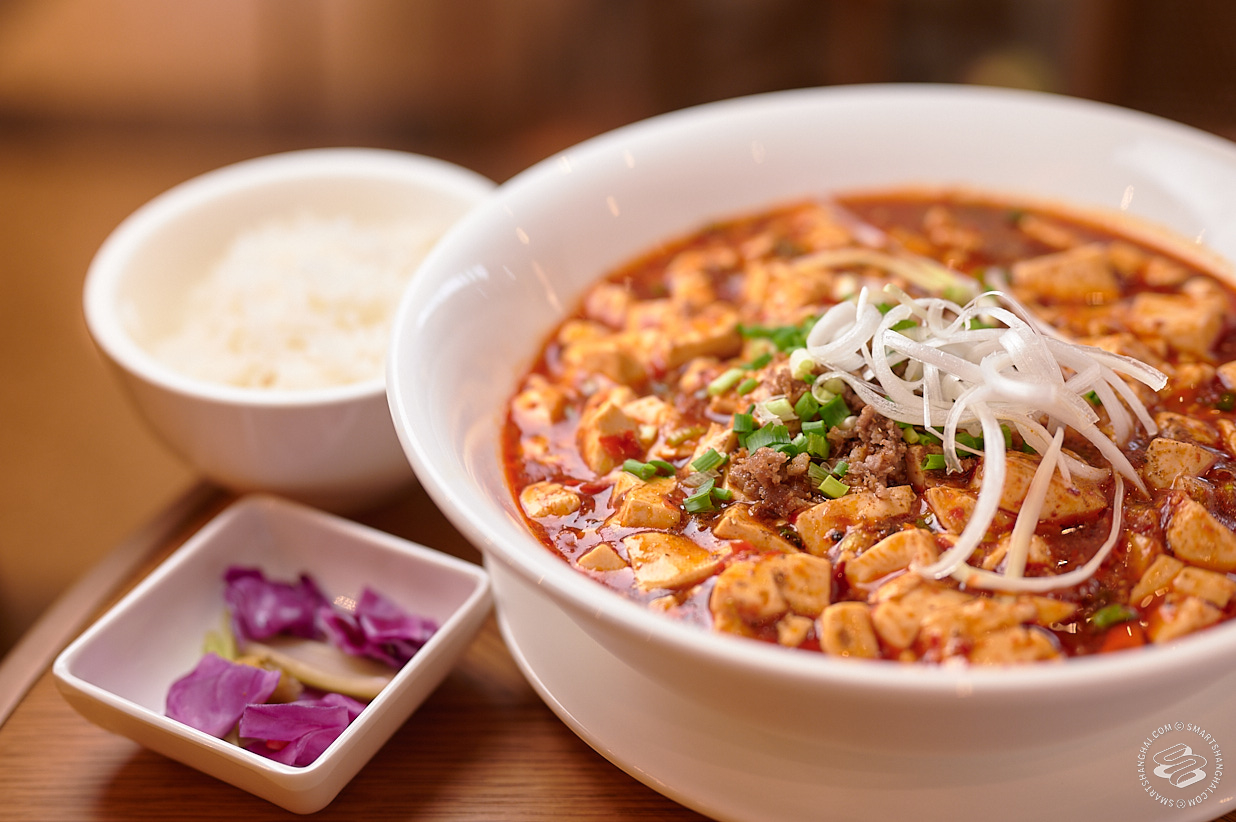 Spicy mapo tofu over Japanese ramen noodles with rice and Sichuan pickles on the side (58rmb). Carb-loading. Marathon food. Great for a full day of working down at the docks.

Apparently mapo tofu noodles are having, or have recently had, a moment, in Tokyo, which is where owner Karen Chen (Vesta, Jianguo 328, Machiya) spotted them. The mapo tofu itself is made with Sichuan peppercorn (hua jiao), as well as green Sichuan peppercorns (rattan pepper, teng jiao), and white miso for extra kick and depth. It’s delicious. The alkaline noodles have a great bite to them. It’s just a big bowl and a little hard to finish on your own, but if you’re here munching your way around the food court, it’s a good one to split among friends. Tak Lung was an old-school Hong Kong restaurant that specialized in lesser-known BBQ styles, like "golden coin" chicken. It opened in the 60’s and lasted more than 50 years before closing around 2018. Shanghai’s FFC Group (Sense 8, Peacock Room) then snapped up the recipes from a former Tak Lung chef for this, their burgeoning Canto roast meats chain. (The first Tak Lung Siu Mei opened in Raffles Changning in summer 2019.) That’s what you get here: good Canto roast meats. One of the owners of the other four restaurants above was having this very plate for lunch when we visited. Let that be its endorsement.