[On the Radar]: Cellar to Table

Kuai-for-kuai one of the best wine selections in Shanghai.
By Cindy Kuan
2021-01-20 12:00:00
Photos: Brandon McGhee
On The Radar: On the Radar is a SmartShanghai column profiling new restaurants, bars, and other new places you might like to know about. Sometimes we stumble across these venues and sometimes... we are invited. As such, these are our first impressions and not a formal review.
What It Is: A wine bar and bistro that stands out for its better-than-average pricing on quality wines, with a selection extensive enough to appeal to drinkers representing a pretty wide spectrum of wine knowledge and appreciation — ranging anywhere from "what's wrong with Family Mart wine" to "whenever I'm in Bourgogne...". 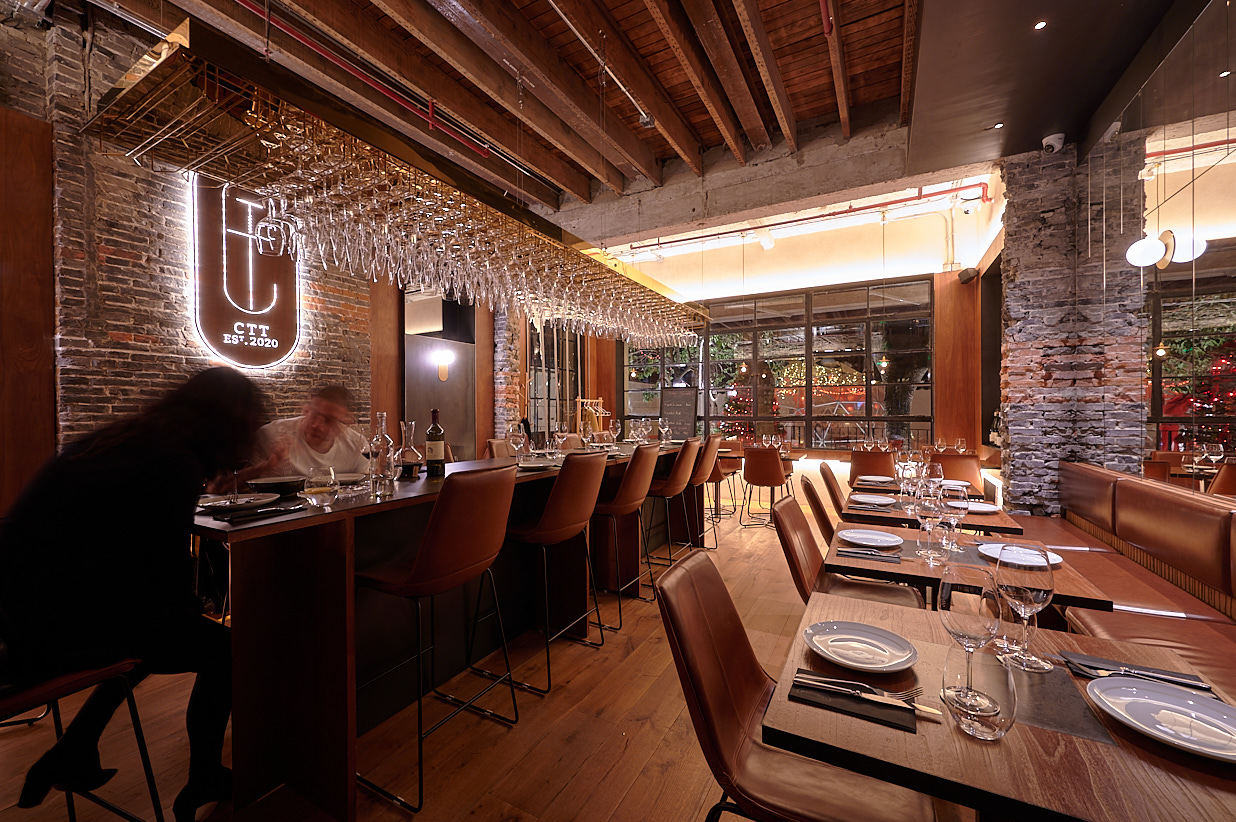 Philippe Huser is the proprietor of Cellar to Table, the same guy behind the long-standing Napa Wine Bar & Kitchen and wine distribution company Bund: Bank of Fine Wines. Huser's been in this business for a long time in China, and it's more than likely that you've eaten at a restaurant that his company has supplied wine to (particularly if you've got an affinity for French food). All this to say, Cellar to Table has distinct advantages when it comes to setting prices for its own wine list. You'd be going there not because it's the most affordable wine in town, but because you're getting solid kuai-for-kuai value here — Cellar to Table's cheapest options, from 40rmb a glass and 260rmb a bottle, are steps above similarly priced stuff elsewhere. 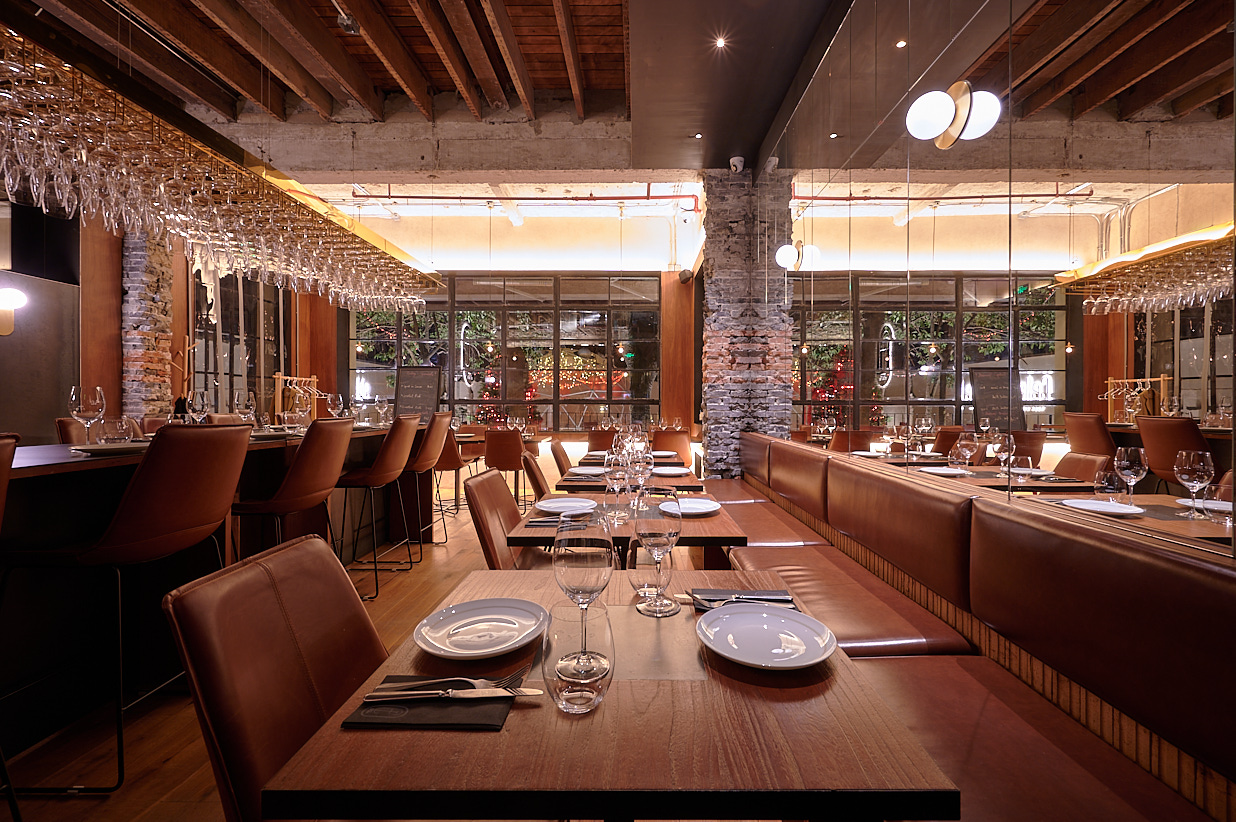 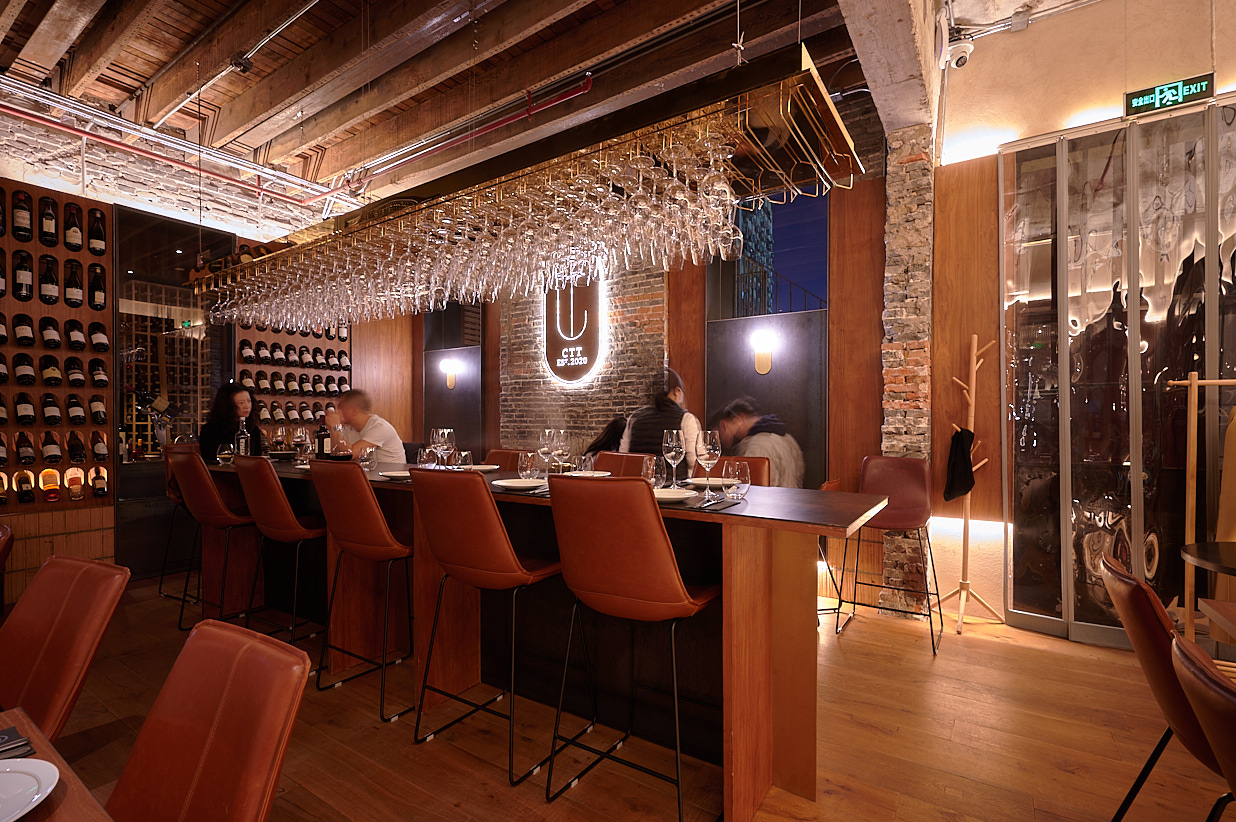 Area: The same villa at 20 Donghu Lu that also houses Blaz and Hundo. Cellar to Table and Blaz are like conjoined twins, adjacent wine bar/bistros that share an entryway, restrooms and courtyard. What is very different, however, is the... Atmosphere: The brief to Cellar to Table's designers probably contained the word "cozy." Diffused lighting all throughout reflects off very no-nonsense, warm wood and leather tones. The layout keeps couples and small groups cloistered together for a sense of private and personal space. Blaz's designers were likely asked to do something more "lively" — the central bar counter keeps the drinking more communal, and overall that spot leans toward the trendy side. 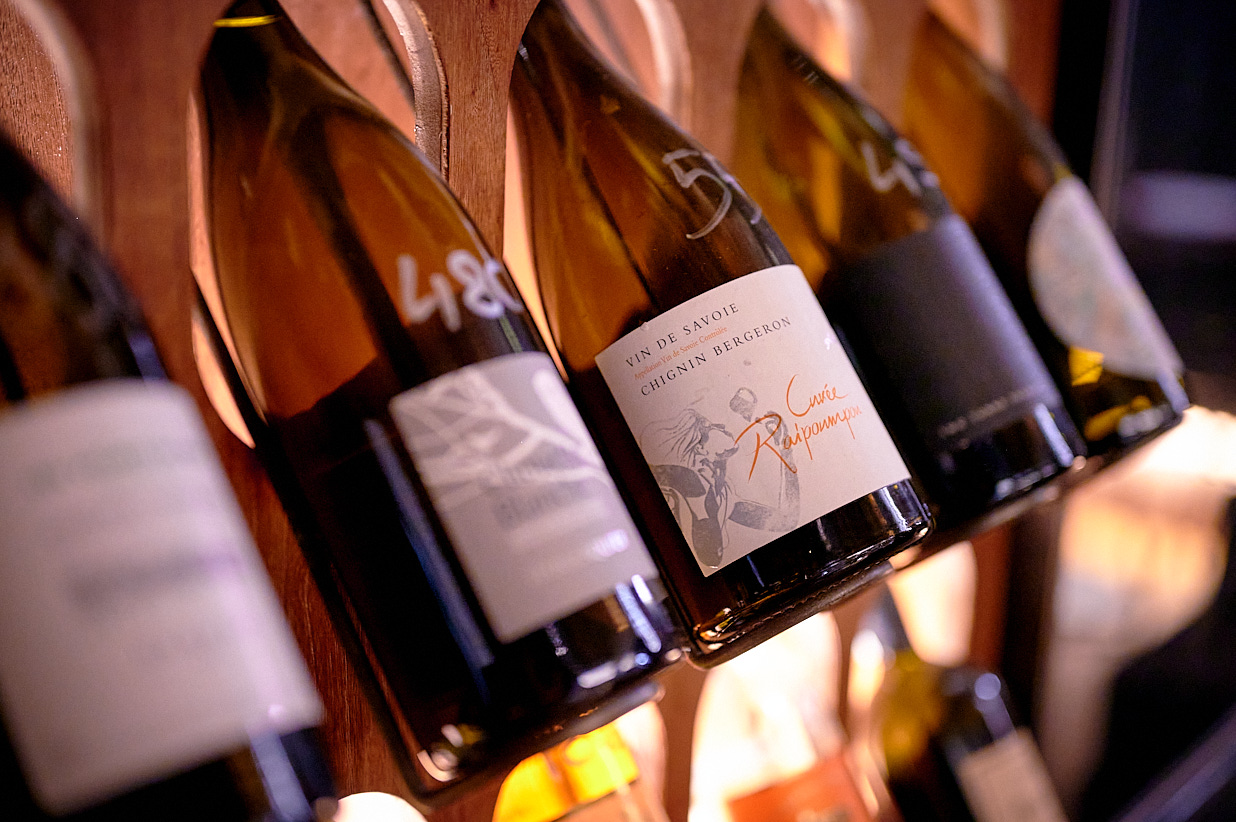 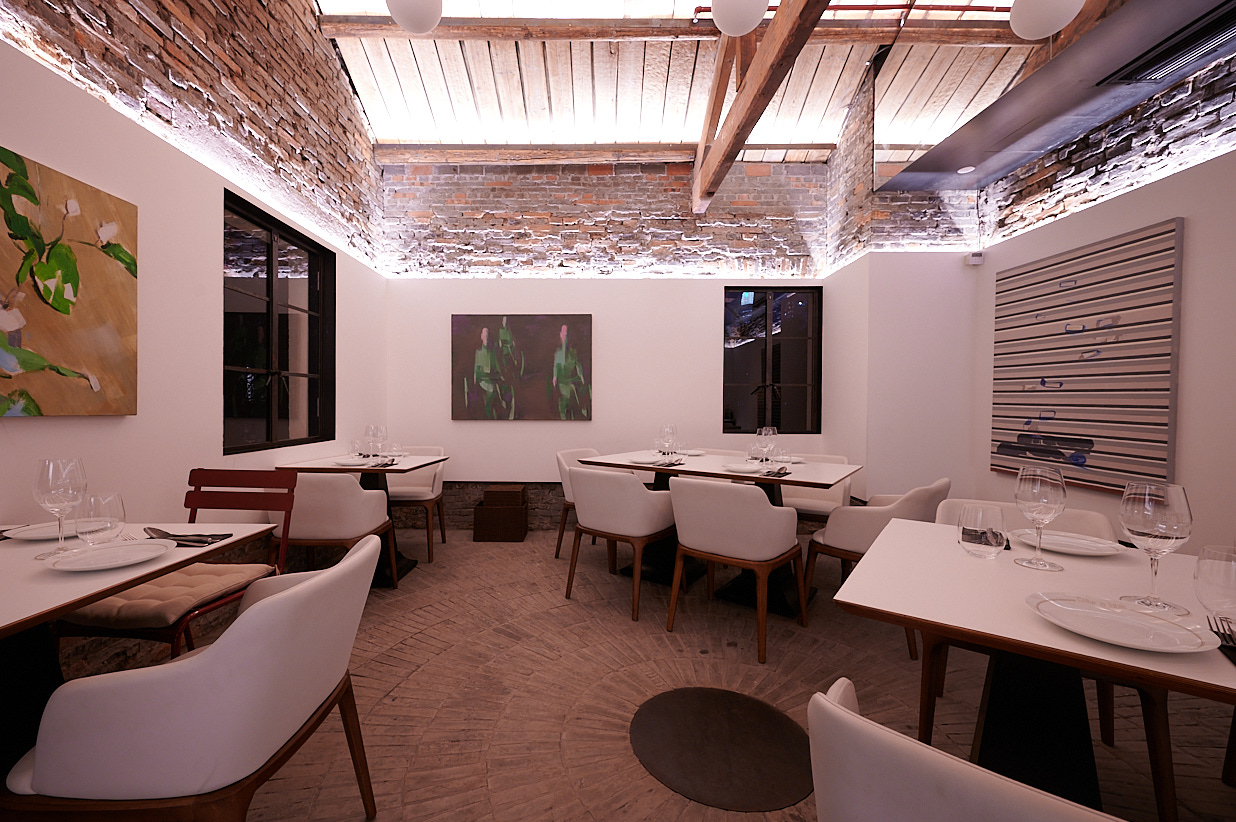 Due to the winter weather, Cellar to Table's courtyard space is currently enclosed in a see-through dome that has its own heating and floor staff. There's also a private room on the second floor that can seat up to 15 people, but it loses that carefully constructed warm glow of the downstairs area, not to mention the wall-length displays of wine bottles that remind you there's more drinking to be done. 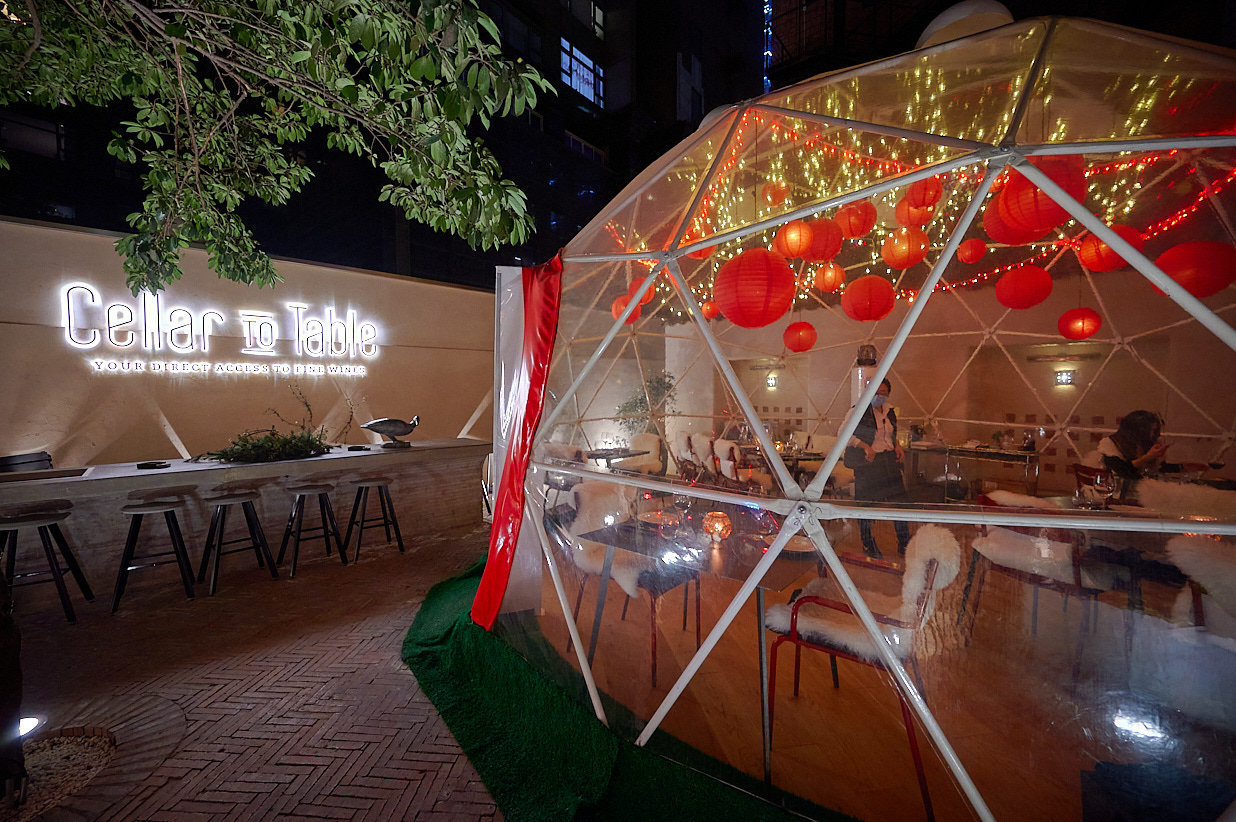 Dishes to Try: Running the dining side of things are executive chef Francisco Javier Araya and head of pastry Fernanda Guerrero, who also oversee Napa's kitchen. Chef Araya comes from a fine dining background and previously worked in Chile, Spain and Japan, and all of those influences show up in his take on bistro food. 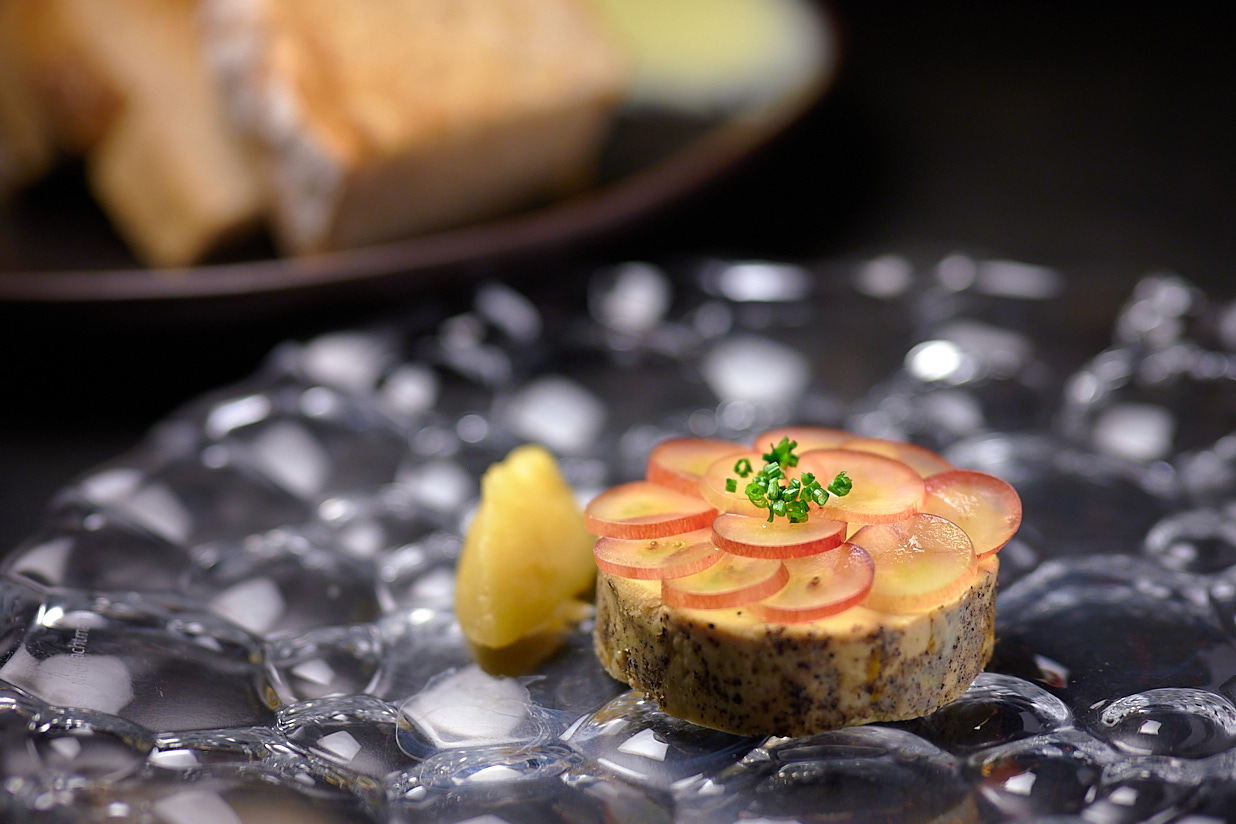 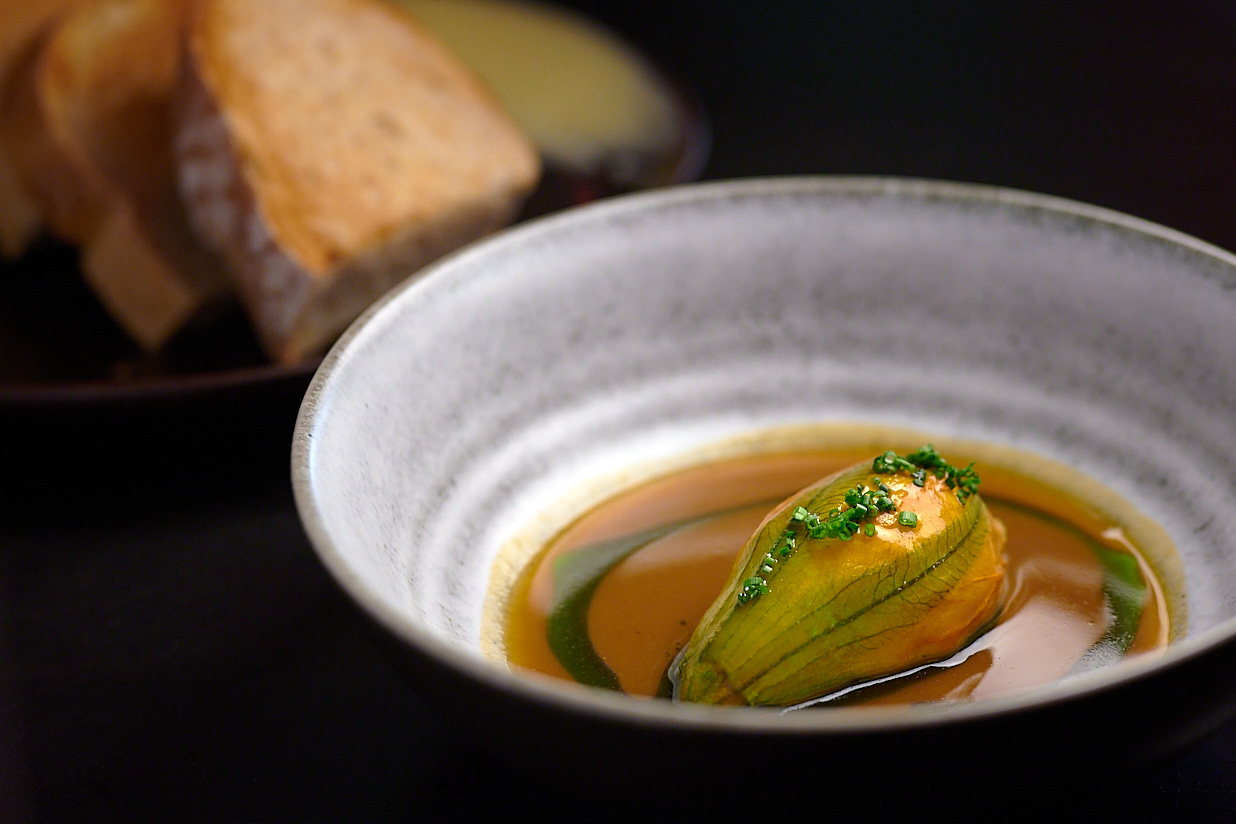 The menu is simple, and shaped with wine in mind — most of the dishes are rooted in straightforward flavors that refrain from getting too heavily aromatic or acidic. Flourishes of fine dining are most apparent in the "Small Bites" section, such as the Squash Blossom (65rmb) stuffed with tarragon-flecked shrimp mousse, served in shrimp bisque and finished with a sprinkling of dill-infused olive oil. The Rougie Fois Gras (135rmb) is a densely creamy torchon with slivers of fresh grape and a green apple chutney slightly sweetened with caramel — bread with butter (36rmb) is not included. The Drunken Pigeon (125rmb) sees half the bird basted in a base of oloroso, a richer, more robust sherry that brings out a deep savoriness in roasted meat. 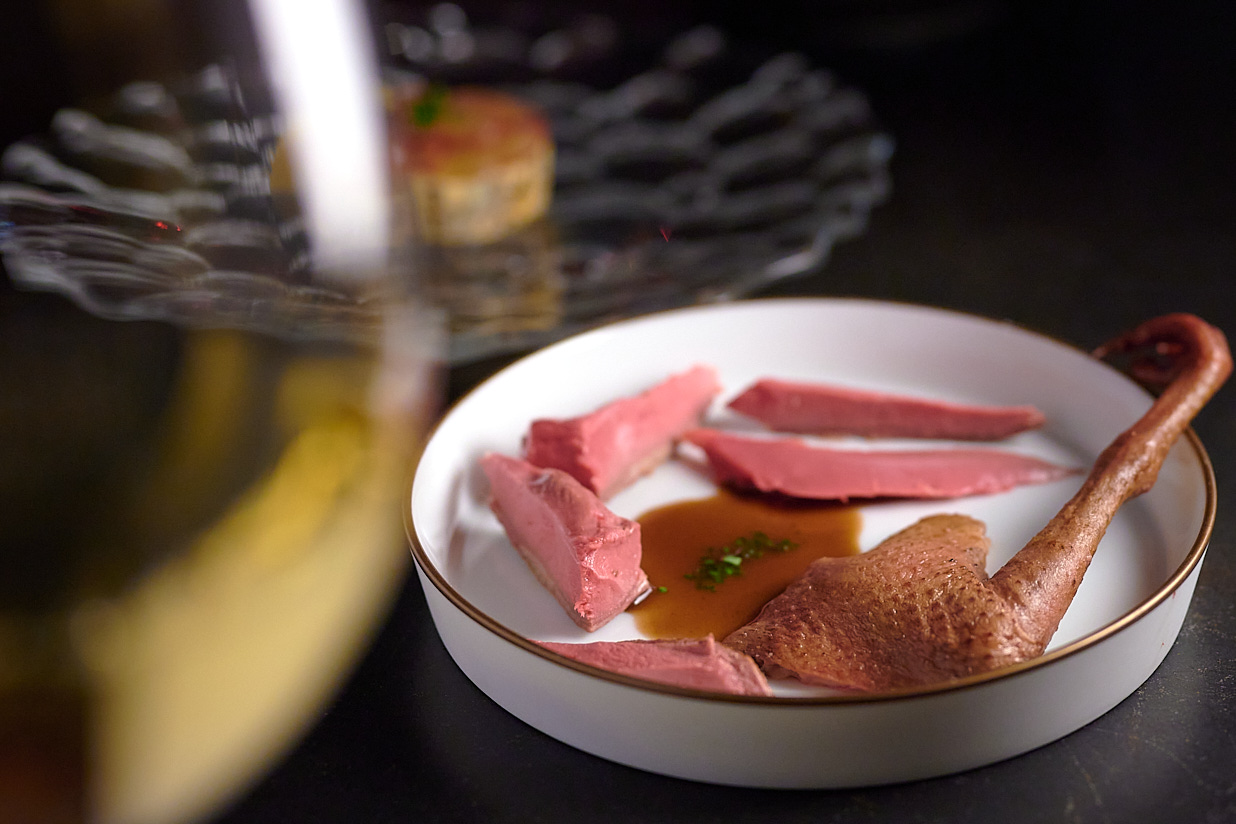 A note on the Small Bites: They are, as advertised, small. Very small. Those looking for something a little less ephemeral would do well to turn to the "Sharing" and "Plates" sections of the menu. Each of the "Plates" is intended to be a filling meal or snack for one, and here the menu turns towards more recognizable bistro fare such as the Croque Madame (85rmb) and Le Voyage Duck Confit (95rmb) with potato puree. There's also the Casarecce (145rmb), a pasta seasoned and made silken by a topping of sea urchin and runny, custard-like egg yolk, and "Steak & Frites" (160rmb) with chimichurri and ultra-crispy French fries. The Sharing section is heavily meat-based and sees a lot of char-grilled action thanks to the Josper oven in the kitchen — there's an aged Char-Grilled Ribeye 1kg (920rmb), an entire roasted chicken dubbed “Louis the French Chicken” (450rmb) and a whole grilled fish (market price). The Rice in Cocotte (180rmb) is a bit different, a dish of koshihikari rice (a short-grain cultivar from Japan that's favored among sushi chefs) cooked until it forms a crispy bottom crust in the little Dutch oven that it comes presented in. It's topped with seared foie gras chunks, fried garlic chips and an onsen egg. 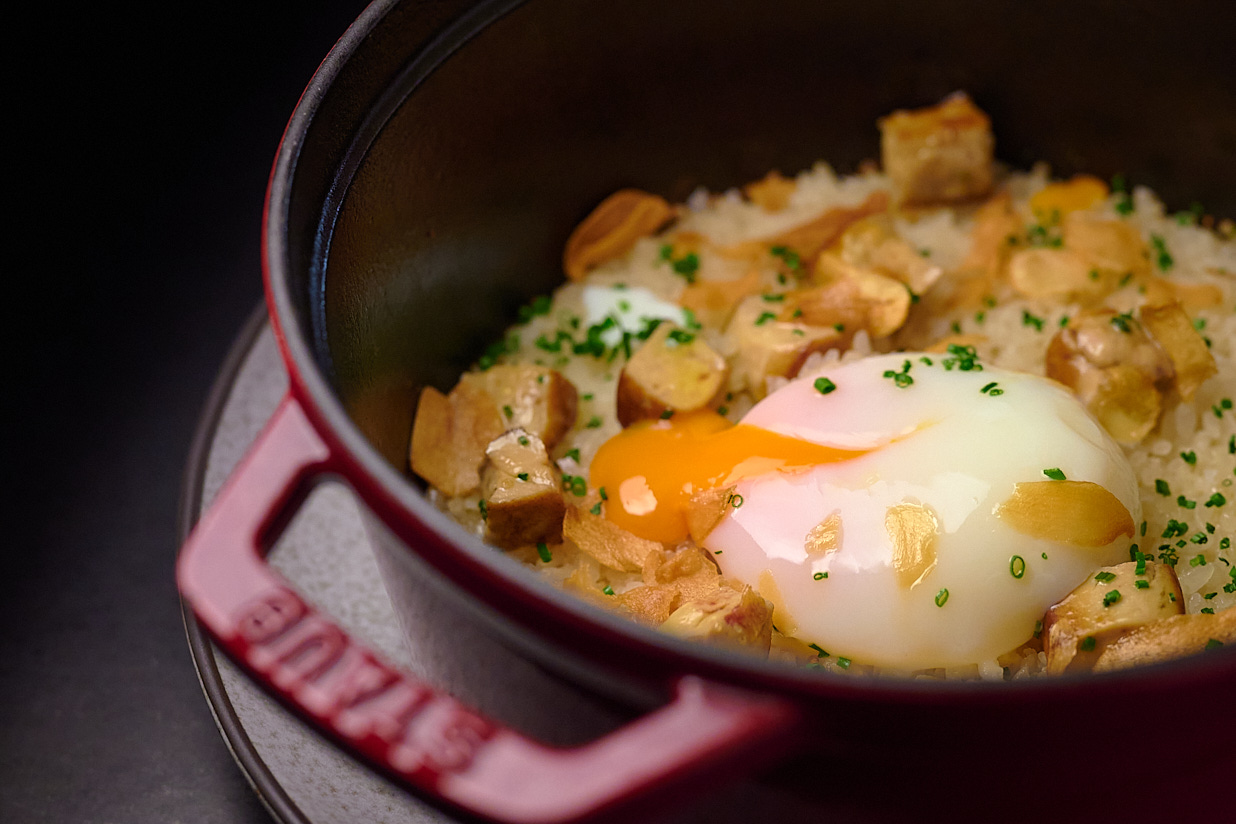 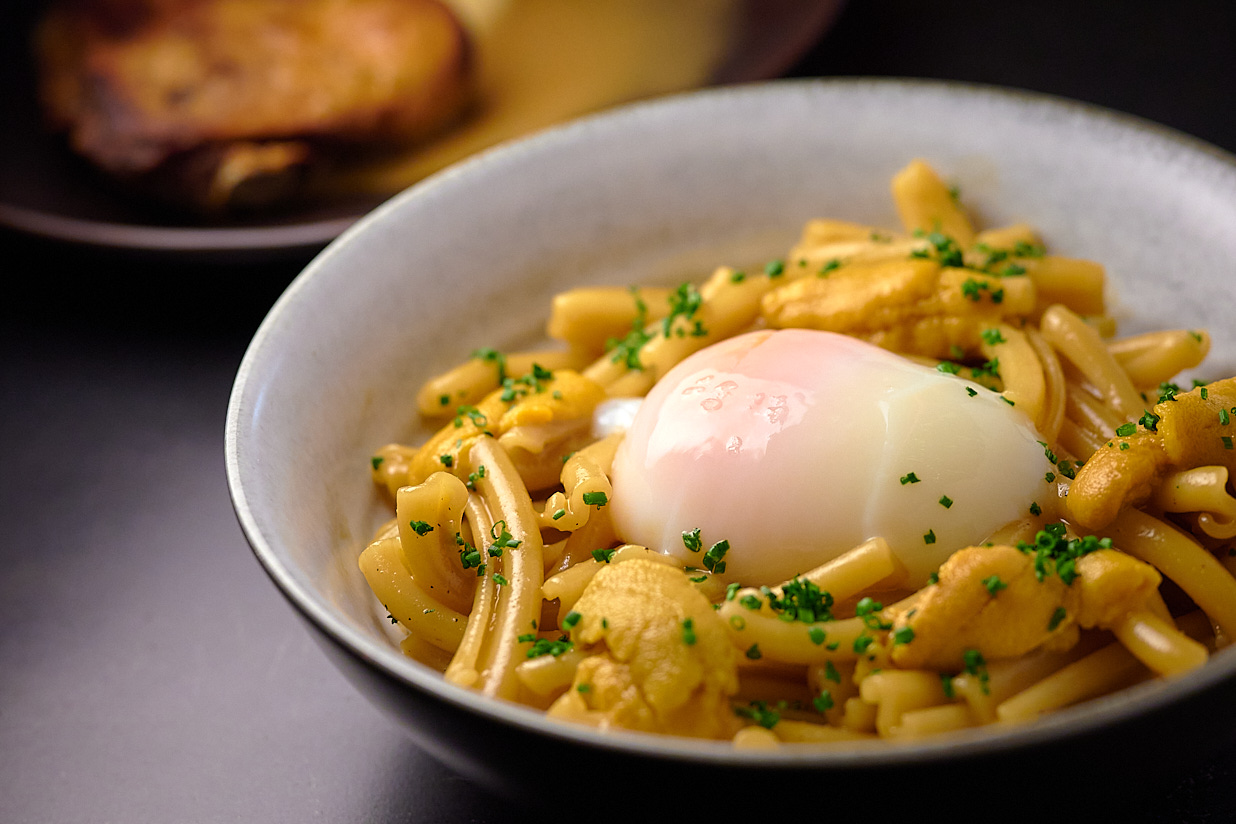 In Desserts, there's a nice balance between old school and the new — options such as Tarte au Chocolat and Baba Au Rum (85rmb each) sit alongside more unconventional sweets such as the Sangria (60rmb), red fruits in a red wine sauce paired with vanilla bean ice cream and granola, and the Yuzu Cheesecake (85rmb). 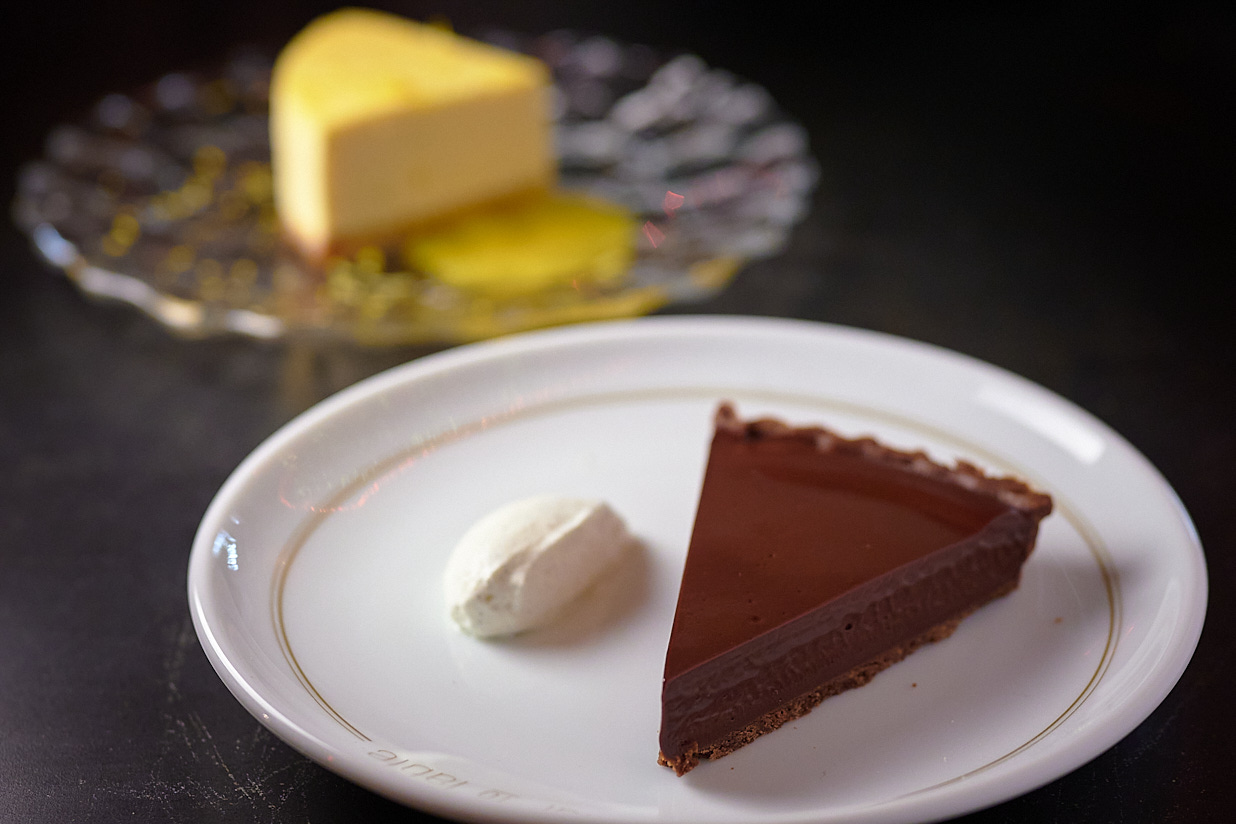 Damage: Dinner with wine could be 200-300rmb per person if you're ordering conservatively, and that number goes up to 500-600rmb per person if you're going all-in with the food (those Small Bites will get you) and higher still if you take the same approach with wine. That ranges from 40rmb-120rmb by the glass (most are around 55rmb) and 90rmb for champagne. There are between four to five hundred labels, and they range anywhere from three to six figures a bottle. 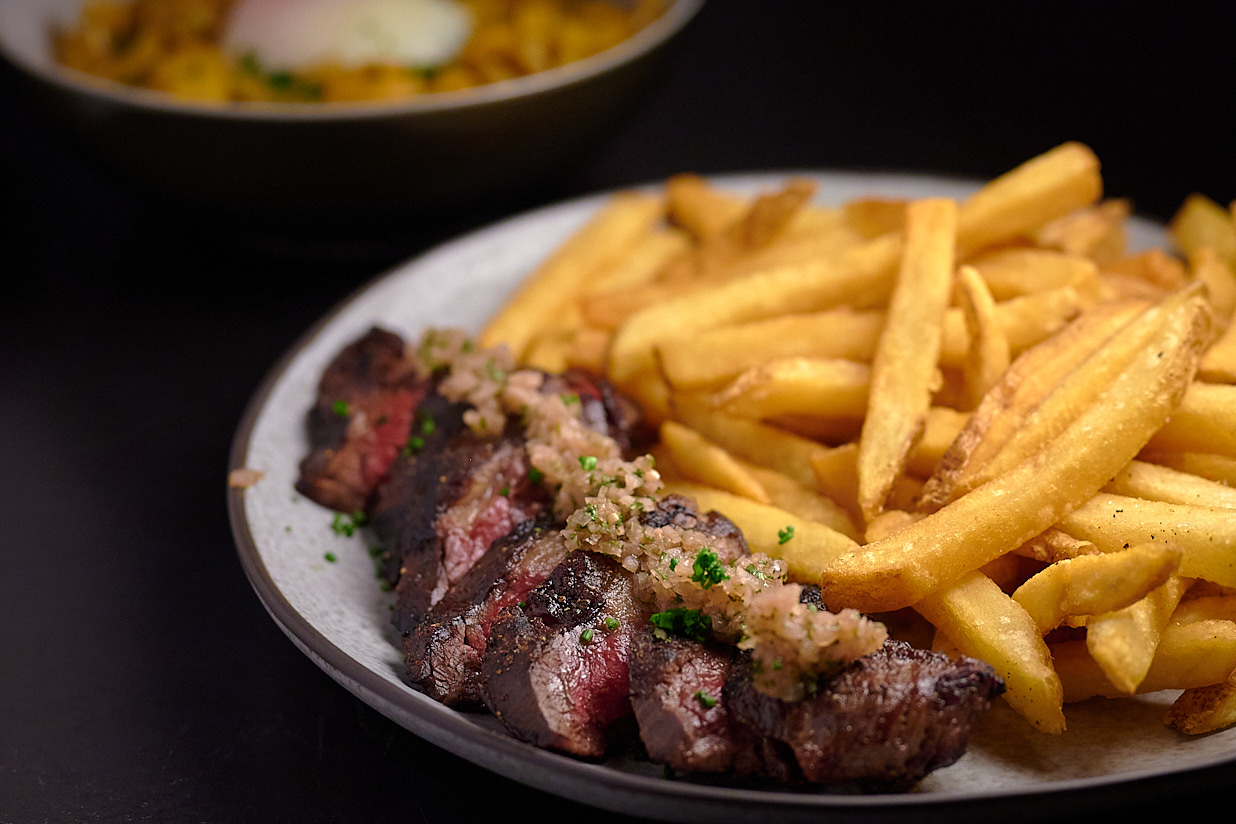 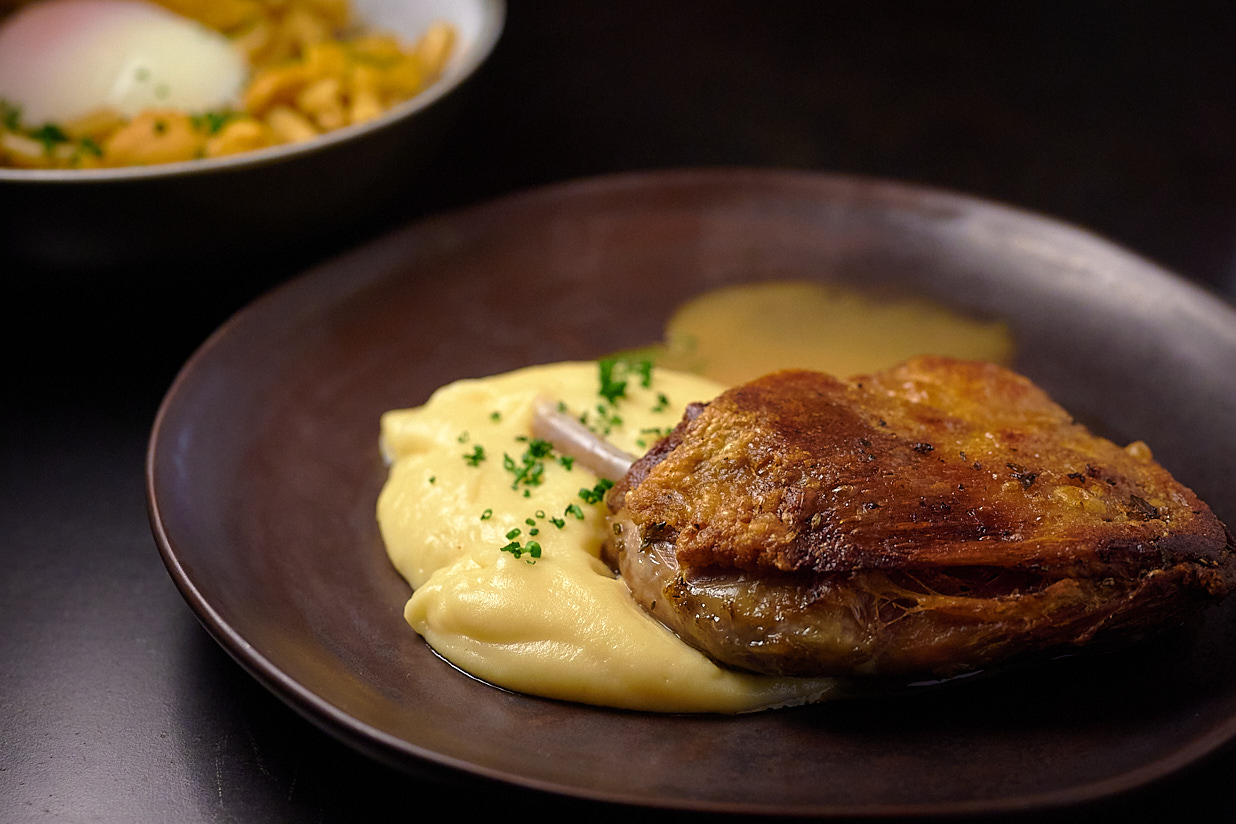 Who's Going: People from Shanghai's F&B and hospitality industries. People who want food with their wine. French people. Swiss people. (Huser is Swiss and apparently carries the largest selection of Swiss wines in China, and possibly in Asia). Couples and small groups of colleagues looking for an unfussy place to unwind. Selfie-takers attracted by The Dome.