Previous Article
Over 80 Puppies, Cats, And Dogs Up For Adoption This Weekend
[Photos]: We Made Some Animal Friends At The Shanghai Pet Exhibition
Next Article
SmartShanghai 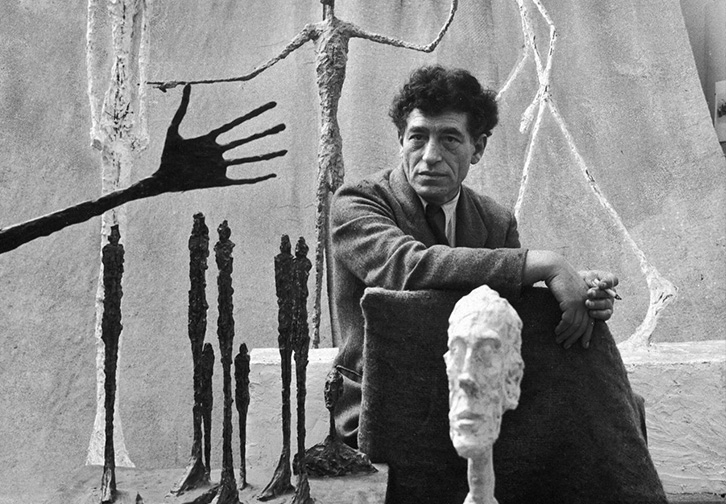 Too Much Art in Shanghai This Weekend

Set to steal the show is YUZ Museum with that much-buzzed Alberto Giacometti retrospective. Apparently this is the biggest ever showcase of the modern master’s work, and the fact that it’s curated by Catherine Grenier of the Fondation Giacometti in Paris points to a top-notch show. The Swiss-born artist is a huge deal: part of André Breton’s Surrealist movement, he’d regularly welcome the likes of Jean Genet, Jean Paul Sartre and Simone de Beauvoir to his Paris studio. He’s best known for his oddly elongated sculptures of men, women, and the occasional dog, which somehow appear simultaneously near and far, modern and ancient. They’ll be the mainstay of YUZ’s exhibition, organized to commemorate the 50th anniversary of the artist’s death. Visit that one from Tuesday March 22. Further along West Bund, Long Museum presents Nothingness is not nothing all by Danish-Icelandic superstar artist Olafur Eliasson. A China-side first, the show spans Eliasson’s stellar career from the early ‘90s through to several new works created especially for the show. He’s best known for his massive, immersive, experimental installations -- Londoners might recall his utterly mesmeric Weather Project at the city’s Tate Modern, way back in 2003. Long’s also showing several big sculptures, paintings, drawings, and films. Tickets cost 150rmb a pop, and the show’s open from Sunday. For a sneak peek, head to the museum Saturday evening from 7pm.

Continuing the theme of massive works in even bigger spaces is Huang Yongping’s solo at Power Station of Art. That one’s open from Friday and runs through June 19. A big deal in contemporary Chinese art, he’s best known for his large-scale installations, 30 of which go on display for this landmark show which is curated by none other than critic and curator extraordinaire, Hou Hanru.

Galleries are also getting in on the act, with several big openings this Friday and Saturday. First up is BANK’s Daily Formalism, kicking off Friday, March 18 from 6pm ’til 8pm. It’s a group show featuring 11 international artists exploring the legacy of formalism - that is, an emphasis of form over content in art - through everyday objects. On Saturday, pop by nearby Pearl Lam Galleries for Zhang Jian-Jun’s solo: new and recent paintings, all exploring the connotations, philosophy and form of water. There’s also lots happening at M50, all kicking off at 4pm on Friday, March 18 with MadeIn Gallery’s Extravagant Imagination, the Wonder of Idleness. The group show features works by seven emerging artists, all exploring the conditions for making contemporary art in today’s era of globalization, the Internet and developed arts industry. After that, swing by Antenna Space (4–6pm) for new paintings by Liu Ding fleshing out fictional character, Li Jianguo. The name comes from a 1997 song by Beijing rock band 43 Baojia Street, with works on display exploring the ideological issues faced by China’s generations born after 1949. Also opening at the Moganshan Lu hub on Friday (4–7pm) is ZAO by Zhao Yang over at ShanghART. Expect dreamy storytelling through more than 30 new paintings.

Finally, on Saturday, go check out Beijing based painter, sculptor and performance artist Ren Zhitian at Art Labor. His ink paintings on canvas and paper are particularly beautiful. That opening runs from 5–8pm.

As ever, check the art calendar for a full roundup of what’s what in Shanghai right now.