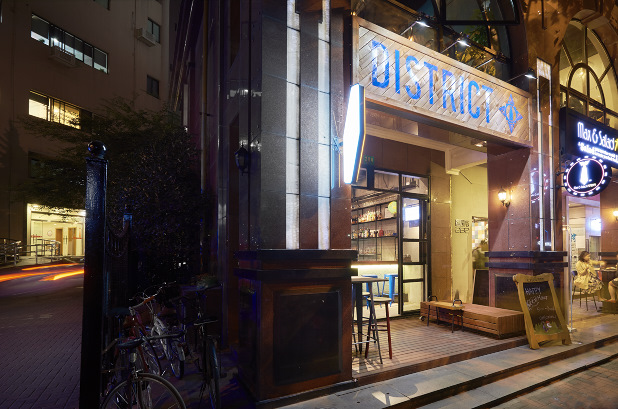 By Nick Taylor Nov 4, 2015 2015-11-04 Nightlife
On quiet Yuyuan Lu in Jing’an, what was once a sleazy, micro-KTV with sticky sofas and rope swings has become a nice two-floor bar set up by a Kansan with some backing from Duvel. Proprietor Clara Davis says the aim was to create a place anyone could drop by on their own, or with a group, and eat and drink good quality ales and food, any day of the week. On that score, I’d say she’s got it right. Clara came to Shanghai to pursue a Master’s but ended up running the Shanghai Supper Club with Camden Hauge (Egg), then helped set up Jing'an street bar Dogtown. Through that, she met the people who distribute Duvel and a bunch of other Belgian beers in China. They wanted to test the waters with a little beer bar and tasked Clara with making it happen.

Now, that former "vice dungeon" is a bright, chilled, two-floor beer bar. They have eight brews on tap, four Belgian and four American craft ales. Those come from the Boulevard Brewery in Kansas City, which Duvel acquired a few years ago. Coincidentally, Clara is from Kansas City and grew up living in the shadow of that brewery, drinking those very beers. Circle of life, man. They have plans to feature some guest ales in the future and Clara’s adamant that they’re looking for other, non-Duvel-owned brands, but for now the Duvel connection makes things simple, and the offerings are diverse, anyway. The US beers run from a Boulevard Pale Ale at 5.4%, through a 5.5% wheat beer, to a 5.7% IPA, and then up to a Farmhouse Ale at 8.5%. From Belgium there’s Vedett White and Blonde, La Chouffe and Liefmans Fruitesse. Prices are all 40-50rmb for a US pint, or 30rmb for a smaller glass, with 10rmb off everything daily 5-8pm. For those not into heavy beer, the cocktail list is also worth exploring. For food, a friend at Dog House helped them create some nicer Midwestern-style sharing plates. Stuff that goes well with beer, like cod sliders, another plate of steak sliders, and chicken fingers, served with dips like blue cheese and honey mustard Sriracha. The sliders were tender and juicy, and the two of us couldn't finish the American-sized portions. Big thumbs up for the food. They also have pork rinds, pickled quail eggs, "drunken" goat cheese, chicken pâté, and several more or less healthy options. Clara might use the space for some "experiential dining" in the months to come, like an offshoot of the Supper Club -- theme nights where people turn up with no idea what they’ll be served or how. For now, it’s just a really nice neighborhood bar, with friendly patrons, honest service, and decent prices. This part of Jing’an has been a bit dark in the past, certainly compared to the bright spot of Wuding Lu and the other clusters of F&B to the north. With this decent new bar and Co. Cheese to the east, all we need now is a bad bagel joint and an expensive barber shop and boom! we’ve got the makings of a trendy neighborhood.