Previous Article
Free Booze Alert: Three Nights and A Day of Free Brewdog
Some Community Events this Weekend Served with a Side of Girl Power
Next Article
SmartShanghai 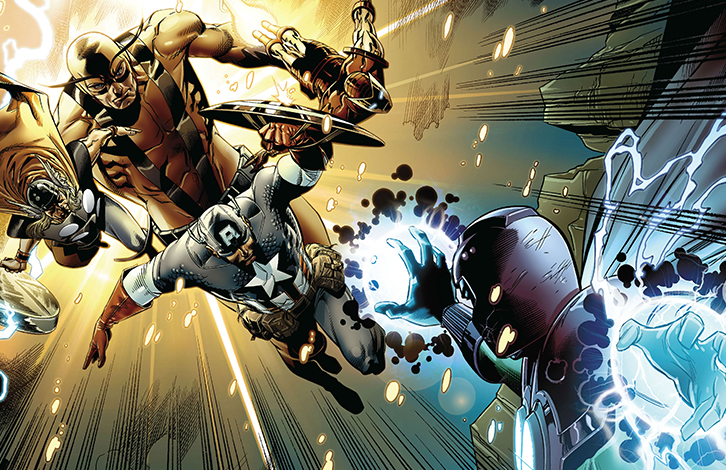 By SmSh Jul 20, 2017 2017-07-20 Community
Oh boy, ComicCon. You'll find it in the thesaurus under "pop culture." Third year running, organizers ReedPOP are creating a safe space for swag, artist signings, celebrity sightings and cosplay, a space we're happy to encourage/enable on SmartTicket. They haven't revealed the big names yet, probably still getting clearance for Bill Murray's private jet to land directly on the Huangpu not that anyone would believe you if we told you. But they have confirmed a couple of names that should pull, and here they are; artists!

Hucong Misuan is an illustrator, famous for her works featuring faceless men and women (and other things). There's an eerie poise to her characters, like they're stillframes of an arthouse horror flick. Dexter Soy got his big break as an illustrator in 2012 for the relaunch of Captain Marvel. Since then, he's worked on some big names in the comics world, including Guardian's of the Galaxy, Deadpool, Superior Spider-man, X-Men, in addition to works like Red Hood & The Outlaws. Jorge Molina is an illustrator who's worked on X-Force, Thor, Avengers World, X-Men and Star Wars. as well as being co-creator of the A-Force. He's also one of those guys who thought drawing super heroes was a kid's dream and he'd have to do something more "reliable." Funny how things work.

More to come for sure in the near future. Past years have seen the likes of Mads Mikkelsen, Luke Evans and Nathan Fillion gracing the stage. Who knows what this year could bring? You'll have to wait to find out. Or you can just get the tickets now on SmartTicket and hope for the best. It's 98rmb for one day and 298rmb for all three. Living con life on the edge.

Shanghai Comic Convention (ComicCon 2017) will be on from Oct 5 to Oct 7 at the Shanghai World Expo Exhibition & Convention Center.