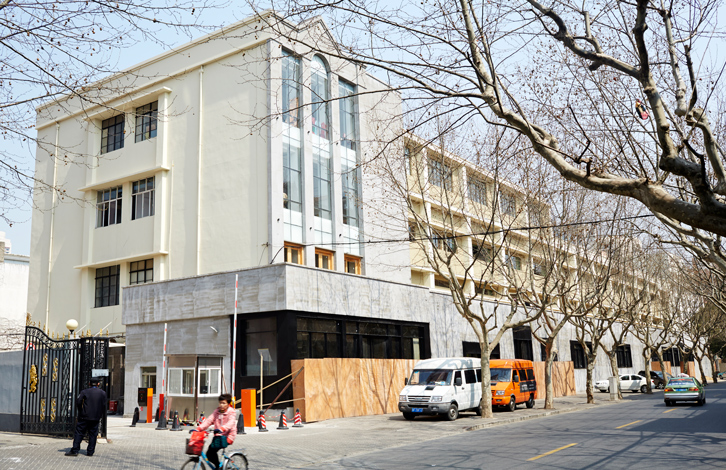 By Ian L. Mar 16, 2016 2016-03-16 Dining
Despite all the recent closures, not all is gloom and doom, dear reader. Here are two new nightclubs and four big restaurants opening in the next few months. Shanghai loves the new, so let's forget the past and Feed The Beast!

Xinle Lu lounge Lune closed in February and we've got the pictures to prove it. The very next day they started gutting the place to make room for a new dance club called Elevator, named after that building's famously small lift. Music will be house, disco, and techno, with local nights and international bookings. Some of the folks involved include DJ Mau Mau (Co:Motion, TICT), Jung & Kelly (Rehab), and Taipei (LoGO, Lune). The Texture Group are doing a lot of the design and lighting so you know it's gonna look fresh, and MODE Audio are handling sound.

URVC started as a café and radio station in 2014 then turned into one of Shanghai's most popular small clubs, often raging until 8am and beyond. The neighbors are not among its fans, and noise complaints have dampened many a good night. With that, after May, URVC will turn into more of a jazz lounge and bossman Dave K will open a new club in Fuxing SOHO called Reel To Reel. Here's what we know: different rooms playing different music; outdoor space; underground music; clean toilets; DJs playing in the bathroom; mid-range prices; maybe 2x the size of URVC; might be open 24/7; zero neighbors.

Fuxing SOHO, man. Worst mall design ever, but some great places in there.

As far as celebrity chefs go, this guy is big. The son of a bricklayer has a few accomplishments: 25 Michelin Stars for his restaurants (the most in the world); a "Chef of the Century" award from Gault Millau; trained Gordon Ramsay; won the Meilleur Ouvrier de France award back in '76; basically wrote the book on post-nouvelle French cuisine. Robuchon is in Shanghai on March 23 and his first restaurant in the mainland (he has spots in HK and Macau) opens on March 25, on the third floor of Bund 18, featuring L'Atelier (the restaurant), Salon De Thé (French afternoon tea), and La Boutique (bakery). They're currently taking reservations.

Pictured in the top photo, Yunnan restaurant empire Lost Heaven has taken over the entire warehouse space on Julu Lu where Mesa & Manifesto once stood. Lots of shops and restaurants opening in the space. First up is Lost Heaven Silk Road, a place decorated like Dunhuang caves and serving cuisines from the whole damn Silk Road, from Xi'an to Dunhuang, across the pamirs, through Persia, India, Central Asia, and ending up in the Mediterranean. Sounds wild.

What is this, the Velvet Revolver of Shanghai F&B? So you've got John Liu (Scarpetta / Coquille), Michael Sun (Muse / Nest / Capo), and Cody Allen (Le Baron) opening a restaurant and bar inside the Ascott hotel, right around K11 and Xintiandi. The space is indoor and outdoor, overlooking the massive Yanzhong Park and the skyline around People's Square, and they'll have all-day dining, happy hour, dinner, and after-dinner drinks. Expect a mix between the vibe at Nest and the food at Mr. Liu's establishments.

Around the world via regional BBQ skewers. That's the concept at former Three on the Bund Director of Operations Pascal Ballot's restaurant, opening above the Hengshan Lu metro station in June. So, chuan with good ingredients. Skewers from Jakarta; skewers from France; skewers from Vietnam. It's like the Street Fighter II of BBQ skewers. They'll be open all day for sit-down or take-way, with some sides like gado gado salad and a full bar menu. Open until 2am on Fridays and Saturdays as well. Sounds rad.