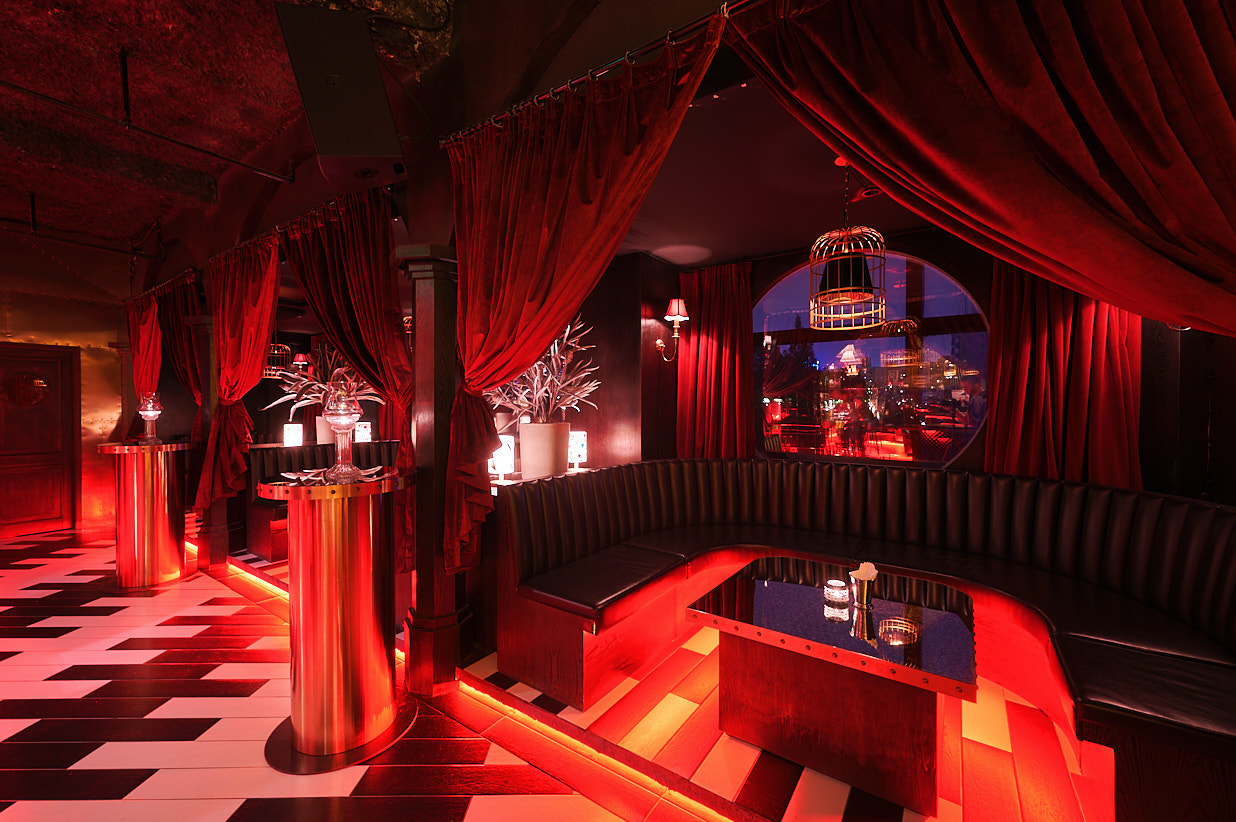 By Alex Panayotopoulos - Photos: Brandon McGhee May 25, 2020 2020-05-25 Nightlife
Daniel An's whole empire seems built on self-indulgence. Catch him at his bars and he's likely to talk about sous-videing bourbon with cornerstore chocolate because he felt like it, or freezing dill in ice spears because he felt like it, or opening Don Club, a nightclub, because he felt like it. For someone who seems to operate on a whim, he's doing very well: this is his sixth (!) location in Shanghai and like the third or fourth in two years. This might take the cake for indulgence: after closing Don in January (and barely pausing to open RTD), Daniel An and Co. have refitted their fourth floor space into something familiar — Taste Buds, a reboot of his first cocktail lounge which closed in 2017 — with something wholly unfamiliar — a bunch of hot dogs. Yes. Dogs, which are hot, in bread. And, a little distressingly, made in-house. The space is getting a light make-over. If you visited Don (it lasted about six months and you'd have to pass ALL and Perry's on the way up, so it's possible you never made it), you'll recognize the heavy red color scheme and the constellation of mirror balls.

You might not recognize the open plan bar slash kitchen that has replaced the dance floor, facing the original curved bar. It's manned by a friendly, personable foreign chef brought in from Singapore to serve food and maybe a bit of conversation to the customers that have their backs turned to the main bar. Or is it the supporting bar now? Anyway, I don't envy him; eyes will be boring into his back no matter where he turns. They've also put up some lamps, pulled back the curtains to reveal the view from the top of the building, and thrown up some posters. They're subtle changes, but they're nice. Despite the alcove seating, the cloak room and the DJ booth, it doesn't feel much like a nightclub now. Cocktails will also be familiar to people who've been to the original Taste Buds, Arch and Atelier. They've implemented some kind of card game, where you can either order from a menu, or draw a card from a deck. A little gimmicky, but hey, the drinks are 85rmb so you can't really complain. Are they good? I think so. Most of them are named after their dominant flavor, so they're easy to order. But, yeah, hot dogs. I mean, why not? Cocktails and hotdogs. Daniel An and Co., bartenders to the common folk. Sure. Sure! Their menu currently lists around six hot dogs for between 28-48rmb, like the El Chupacabra, which adds chimichurri and jalapenos on top, or the Casablanca, which includes tzatziki and babaganush, or the Tom Yum Goong, the bottomless well that Daniel will never not go back to.

They're not bad! The chef is still tweaking. Some of the best hot dogs, as you might expect, are the American ones. The Gangs of New York (28rmb) is just sauerkraut, American mustard and caramelized onion. Sometimes it pays to just go with what's been shown to work, you know? Big caveat: only a handful are using the house-made sausages which they seem really proud of. Sausage making: hard work, especially in a kitchen originally designed for a night-club. The others use store-bought versions while they get their sausage-making up to speed. That's a noble dedication to craft but can't help but to think that maybe they could just let Oscar Mayer do the dirty work. If you're expecting a loving homage to the original Taste Buds, this isn't really it. You might want to try The Antique, which is where the long red bar now lives. This here, the actual Taste Buds, is just a convenient rebranding to utilize a nice space. It works! It's a cocktail lounge serving good cocktails at a reasonable price in an interesting environment. What can I say, it's a Taste Buds at heart. With hot dogs.